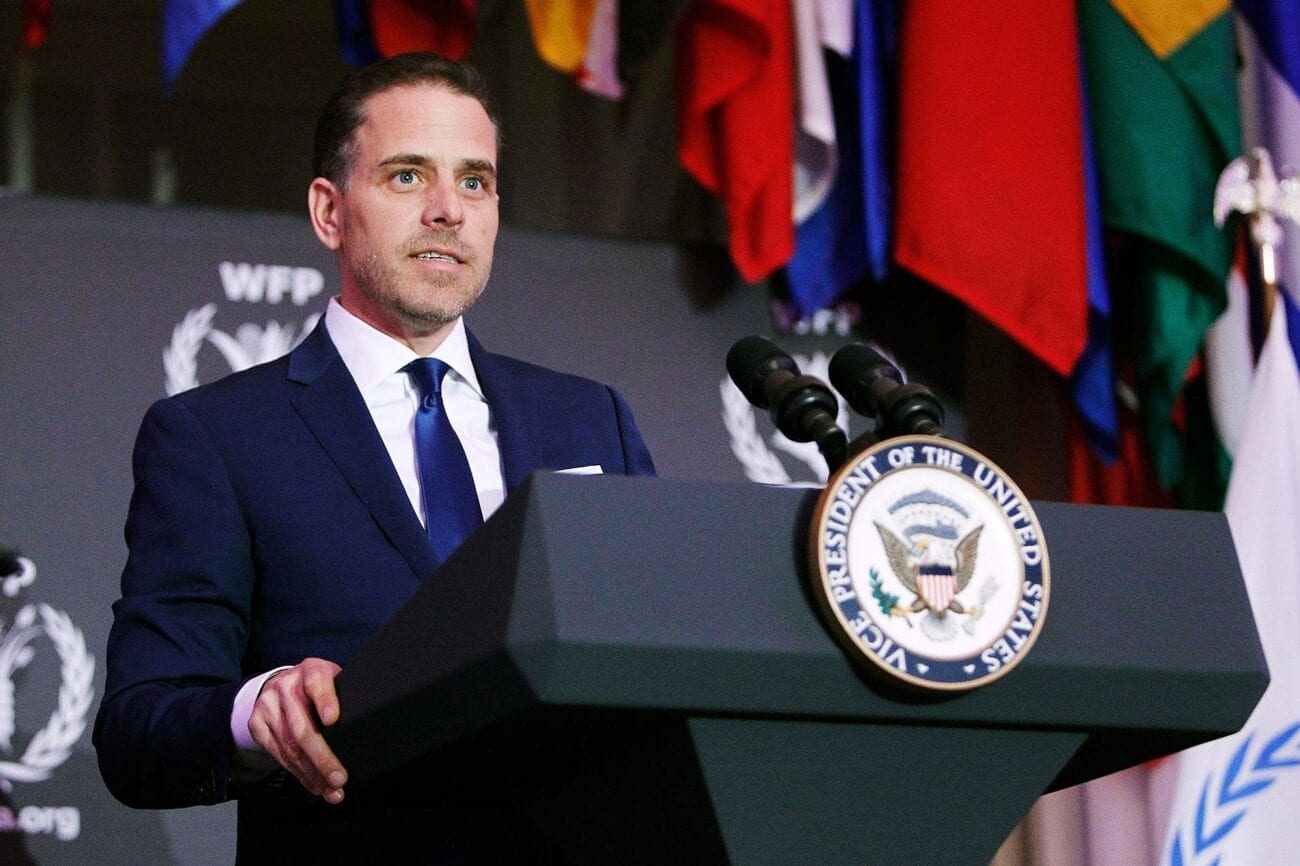 Fake news or fact? Everything to know about Hunter Biden and Ukraine

President Donald Trump has claimed for the past month that former Vice President Joe Biden has been carrying on inappropriate ties with Ukraine through his son, Hunter. It was well known during Joe Biden’s term as Barack Obama’s VP that Hunter was serving on the board of one of Ukraine’s biggest energy companies, Burisma.

However, new allegations have come to light that, using Hunter Biden’s position on the Burisma board, Ukrainian officials were able to meet and possibly influence Joe Biden during his stint as Vice President. These claims were first made by the New York Post after obtaining emails from what was allegedly an old laptop of Hunter’s. What’s the truth about Hunter Biden and his ties to Ukraine? 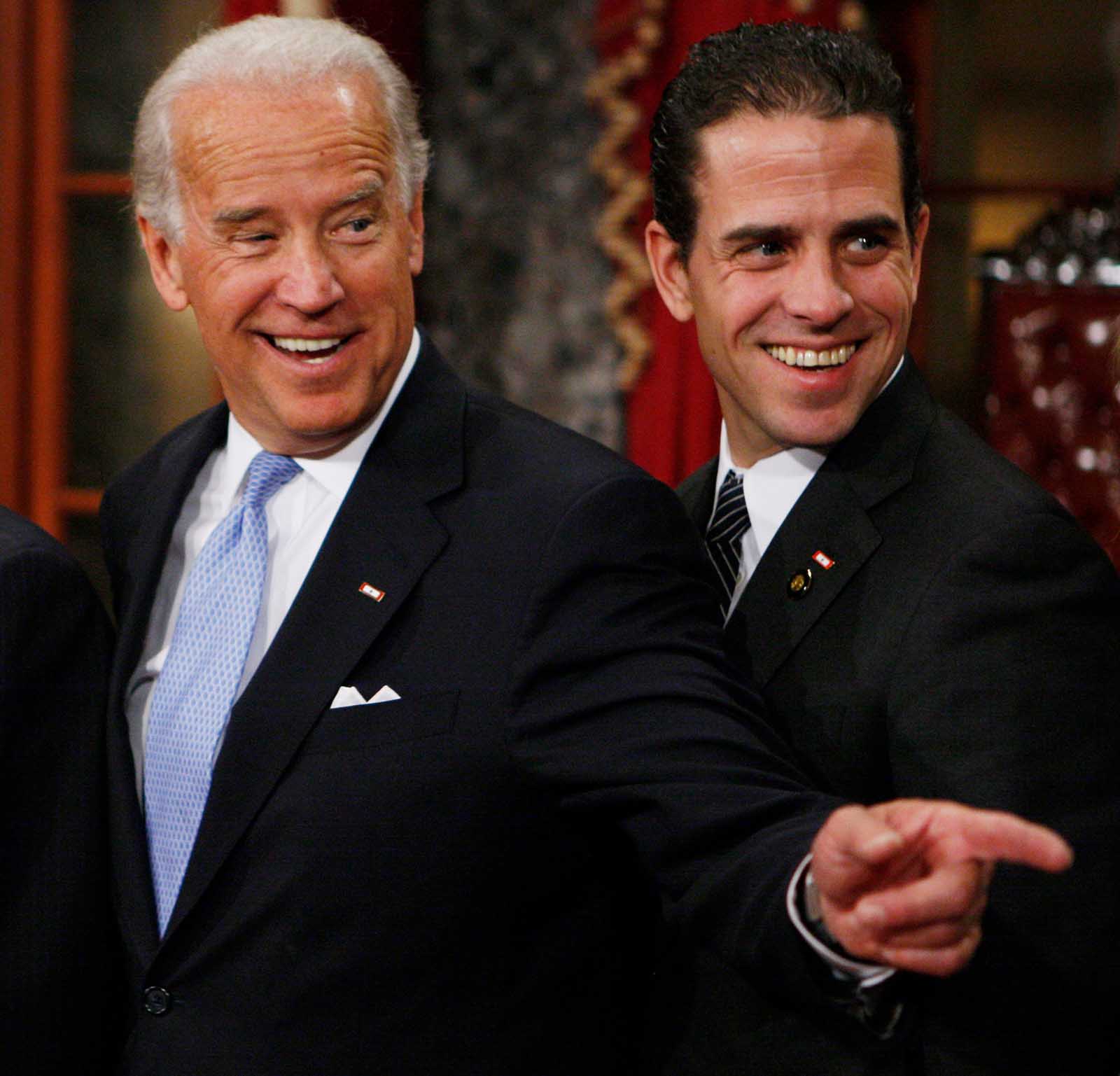 Hunter Biden initially started his finance career in government until his father became VP. Starting in the Department of Commerce specializing in e-commerce, Hunter also served as a lobbyist. In 2006, Hunter was appointed to the Amtrak board of directors by President George W. Bush. 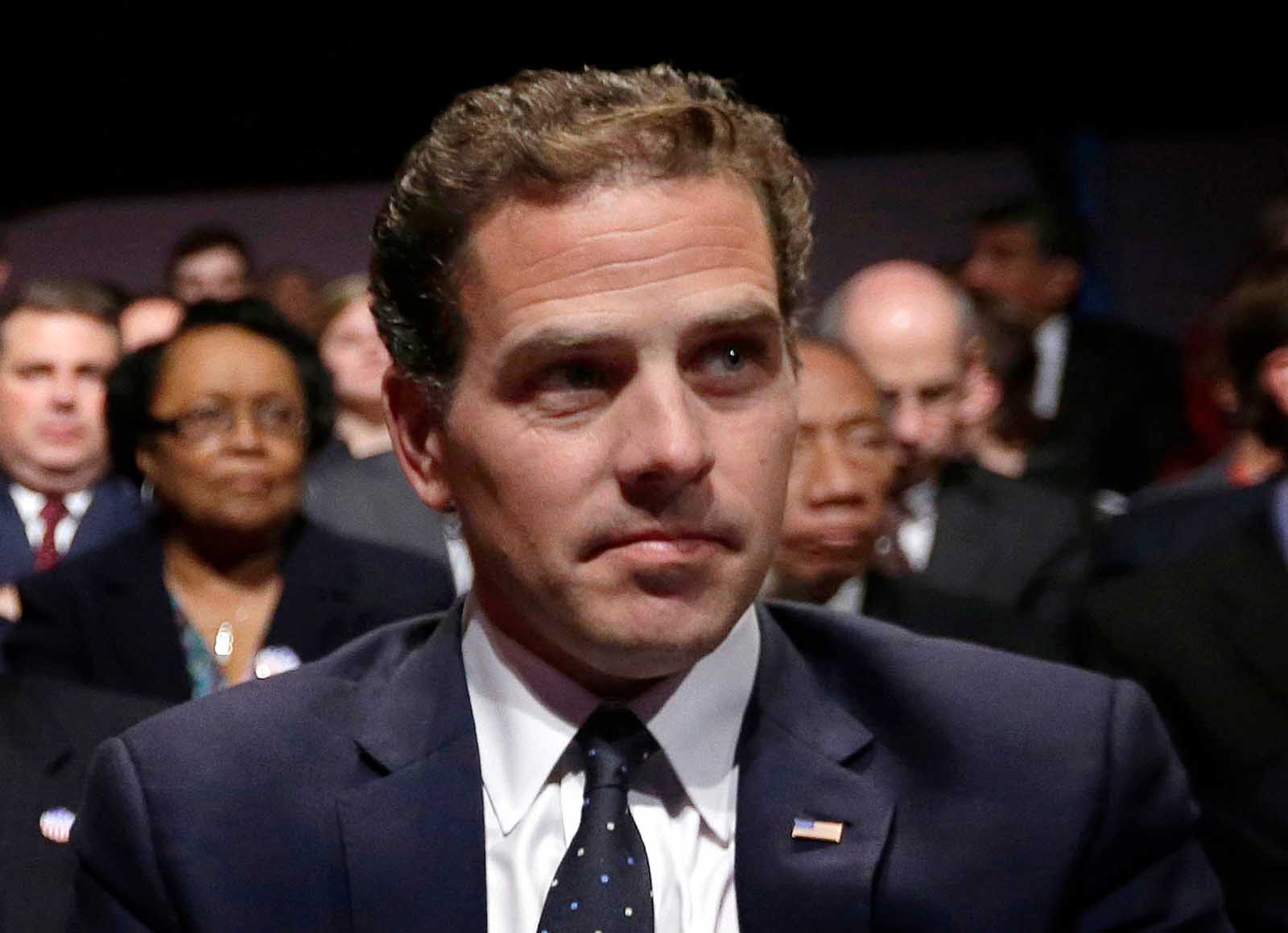 Friendly with the Chinese

Hunter Biden first got into international politics when RSP joined together with two Chinese asset managers and the U.S.-based Thornton Group LLC to form BHR Partners. The main company involved in BHR Partners is an investment fund controlled by the Bank of China.

When BHR was founded in 2010, the main purpose was to assist with capital injection into the China-based oil and gas company Sinopec. However, the company quickly grew, focusing on mergers & acquisitions and investment in, and reforms, of state-owned enterprises. 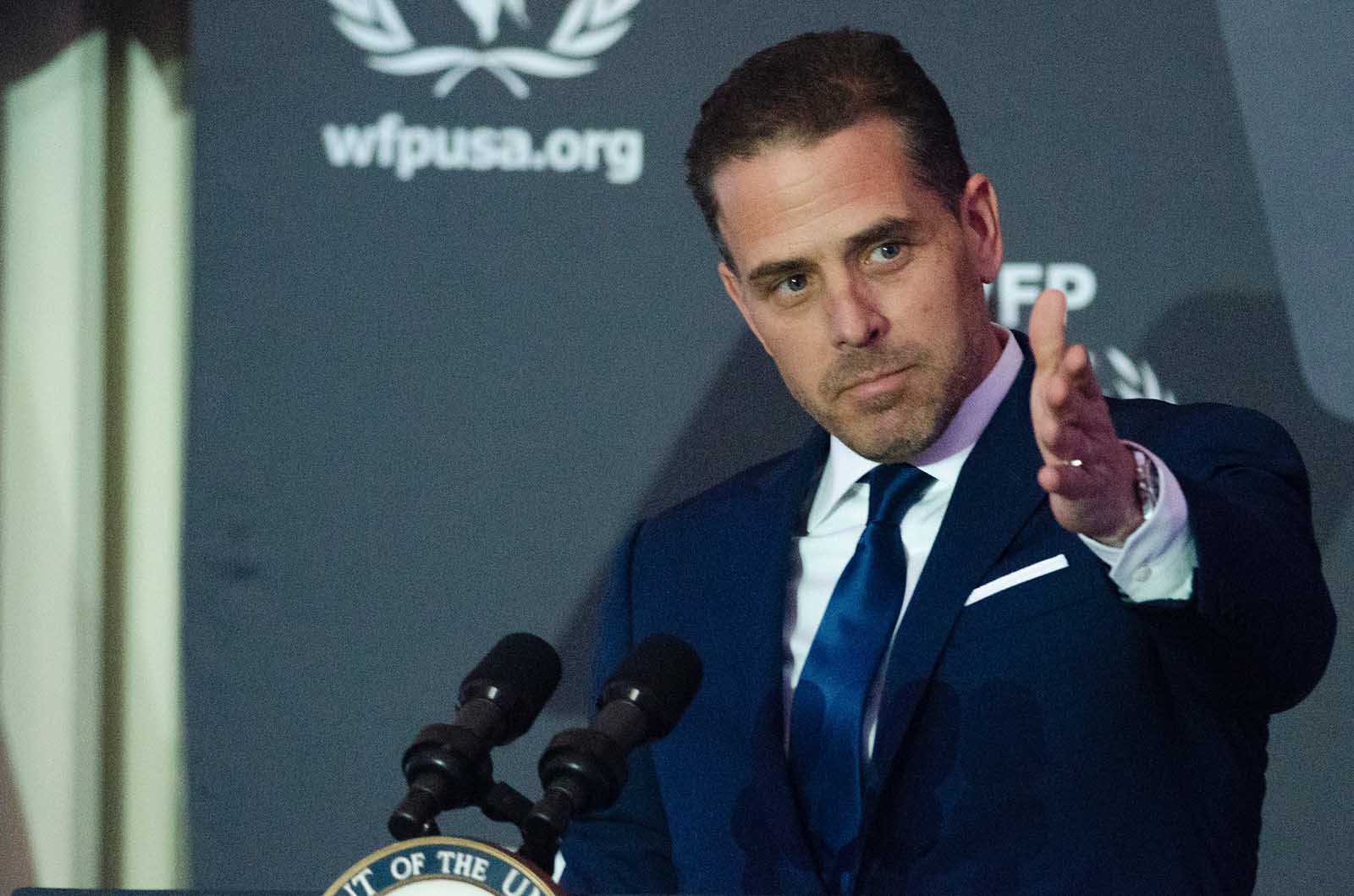 While the main charges leveled against Hunter Biden involve his connections to Ukraine, President Trump also called him out for his role in BHR Partners. Trump claimed Hunter “walk[ed] out of China with $1.5 billion in a fund”, making millions from his role with BHR.

In response to the claims, Hunter announced his resignation from BHR Partners in late 2019 to prevent conflict of interest in his father’s presidential campaign. In a statement released by Hunter’s lawyer, he claims he’s never “received any compensation for being on BHR’s board of directors” and never saw a return on his investment into BHR. However, Q2 2020 reports from BHR show Hunter Biden employed as a board member. 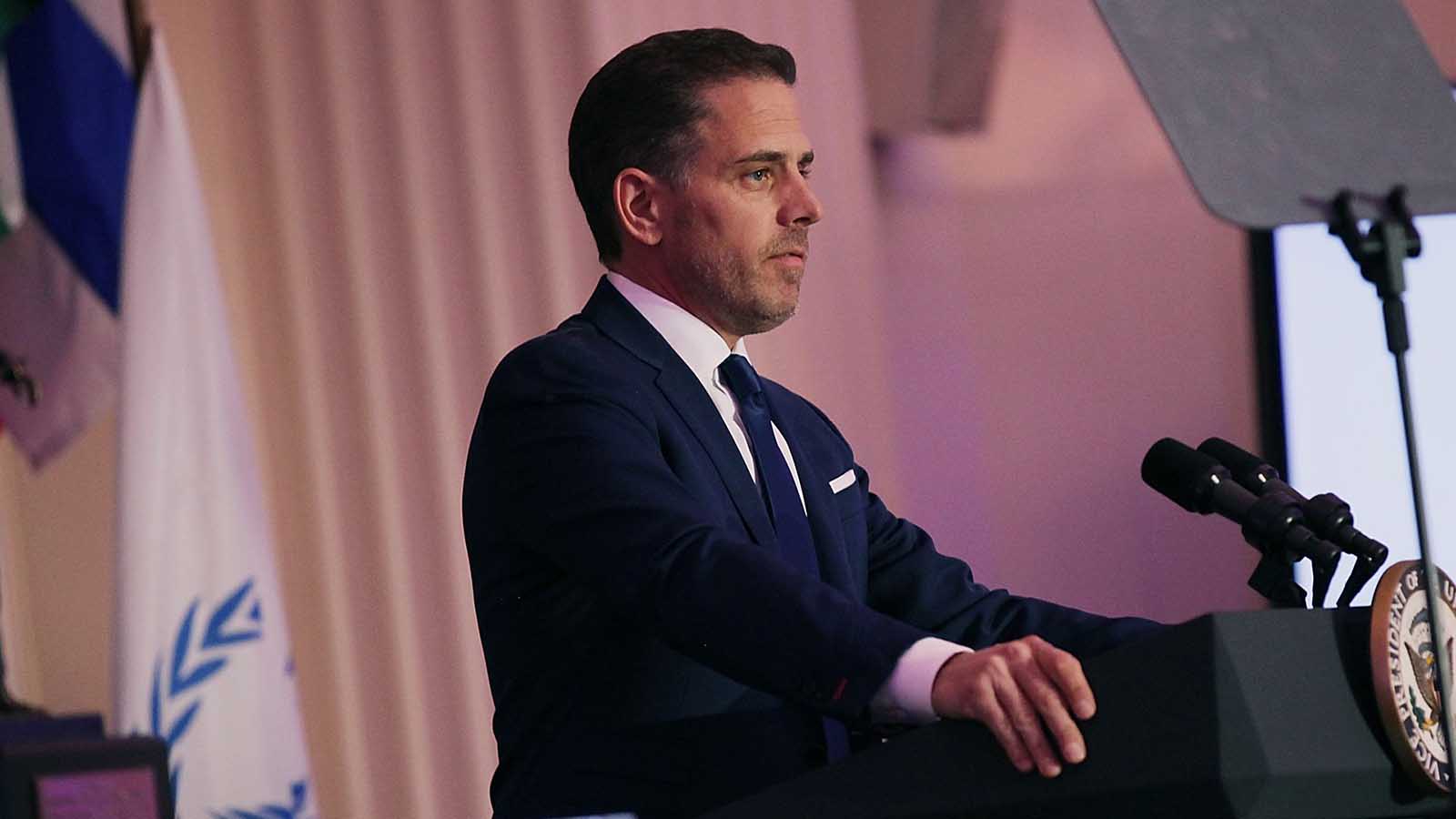 While the investigation was ongoing, Hunter Biden was invited to Ukraine to join the Burisma board of directors and assist with corporate governance best practices. Fellow Rosemont Seneca Partner member Devon Archer was also invited to join the board to assist. Even in 2014, Hunter Biden came under fire for his ties to Ukraine by former partner Christopher Heinz, stepson of former Secretary of State John Kerry. 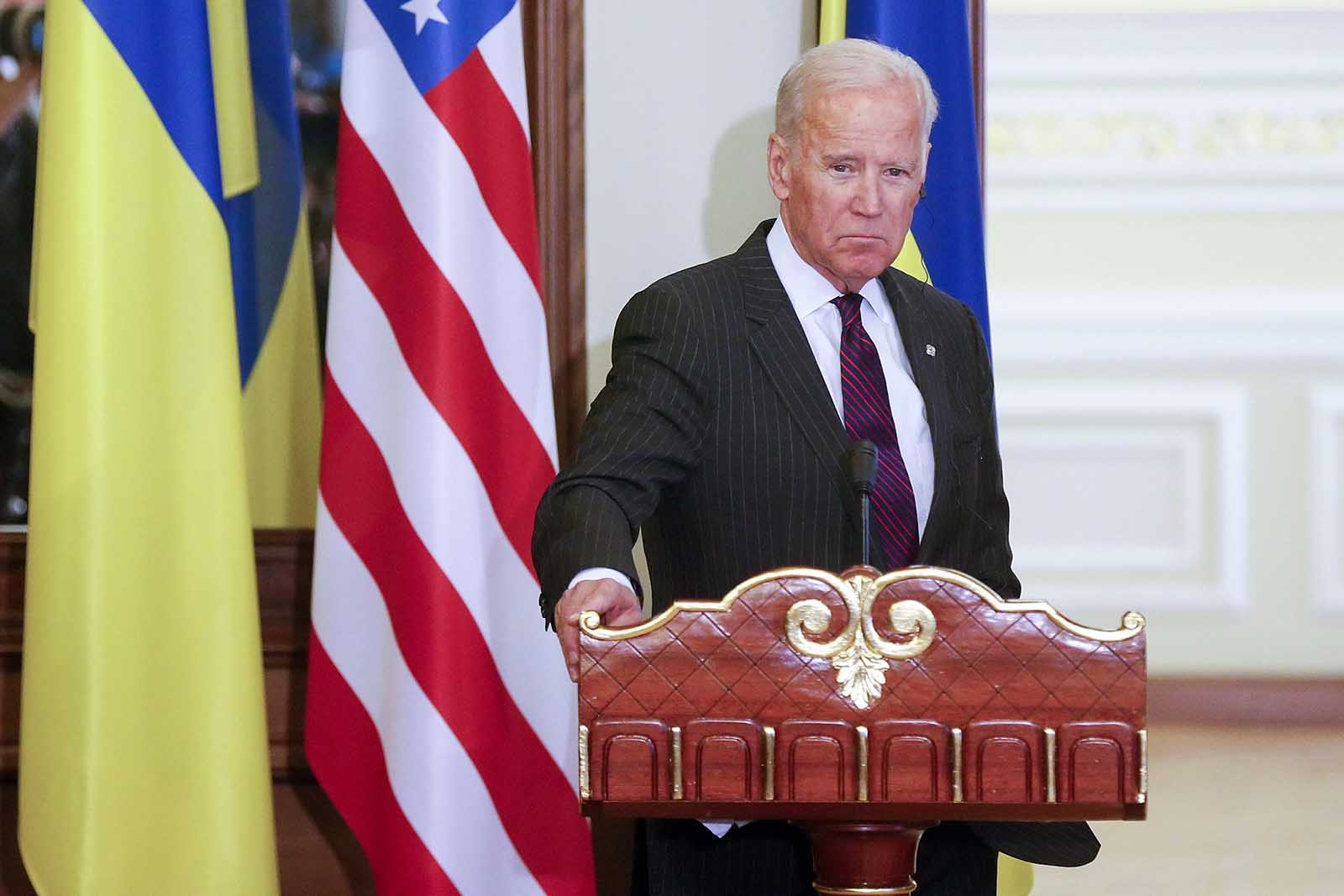 Heinz wasn’t the only figure to have an issue with Hunter Biden and his ties to Ukraine. While the Obama Administration claimed to be fighting corruption in Ukraine, some Obama Administration officials felt Hunter’s role undermined Joe’s work in Ukraine. Notably, Joe Biden joined other international officials in encouraging Ukrainian officials to fire “corrupt” prosecutor Viktor Shokin.

What’s notable is Shokin was one of the prosecutors investigating Burisma Holdings money-laundering charges. In 2019, Trump claimed Joe Biden helped get Shokin fired to cover up his son’s criminal acts at Burisma. The Ukrainian anti-corruption investigation agency responded that the investigation into Burisma was for incidents between 2010 and 2012, before Hunter had any involvement. 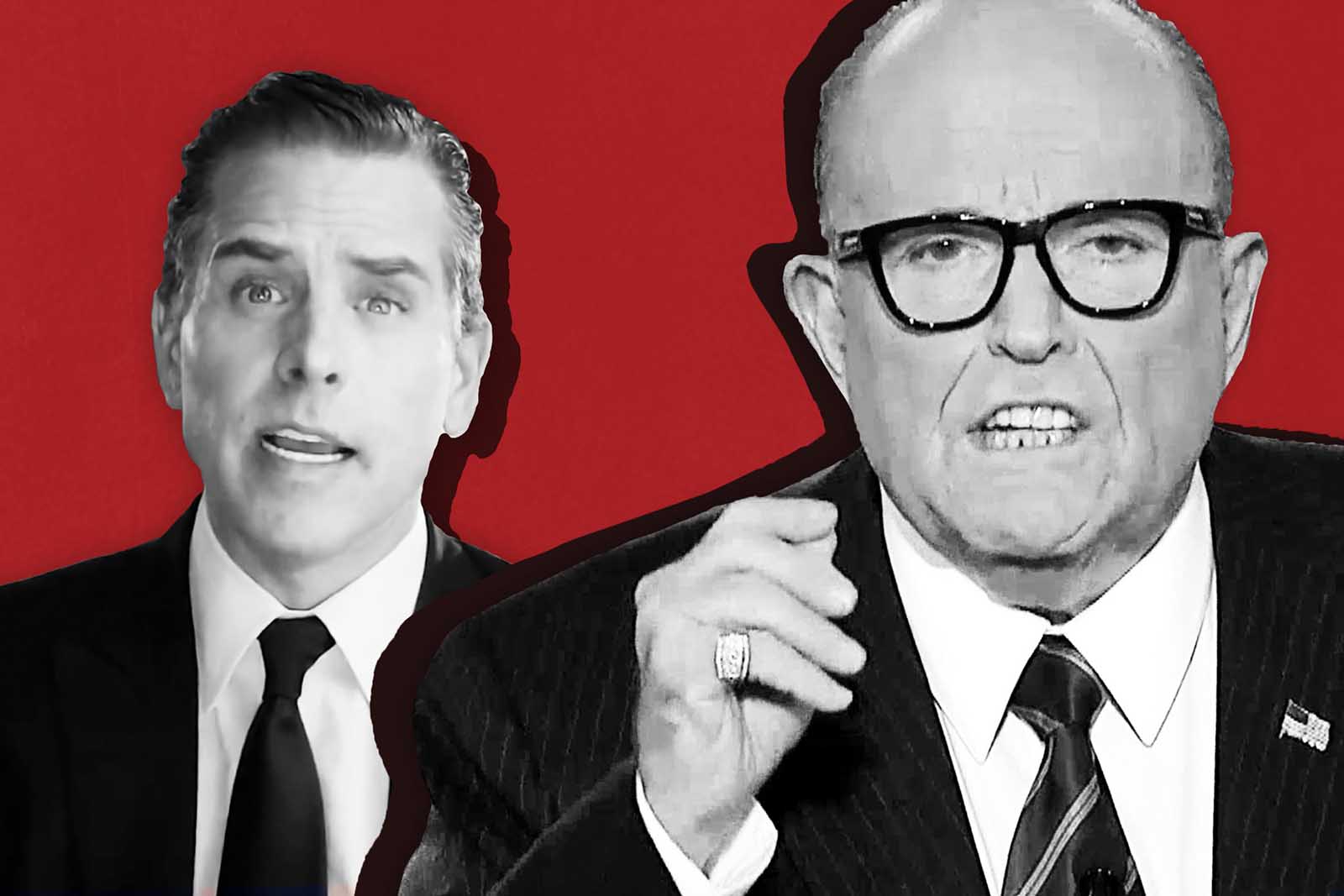 Convinced there was a coverup being perpetrated by the Bidens, Trump and his closest advisors began searching for evidence of corruption by Hunter Biden in Ukraine. Famously, President Trump had a phone call with Ukrainian President Volodymyr Zelensky, asking him to open an investigation into Hunter Biden’s activities with Burisma.

Several Ukrainian officials did investigate Biden’s relationship to Burisma, but found no wrongdoings on Hunter’s part. House Democrats filed a formal impeachment inquiry into President Trump because of this phone call, though Trump was acquitted of all charges in February 2020. 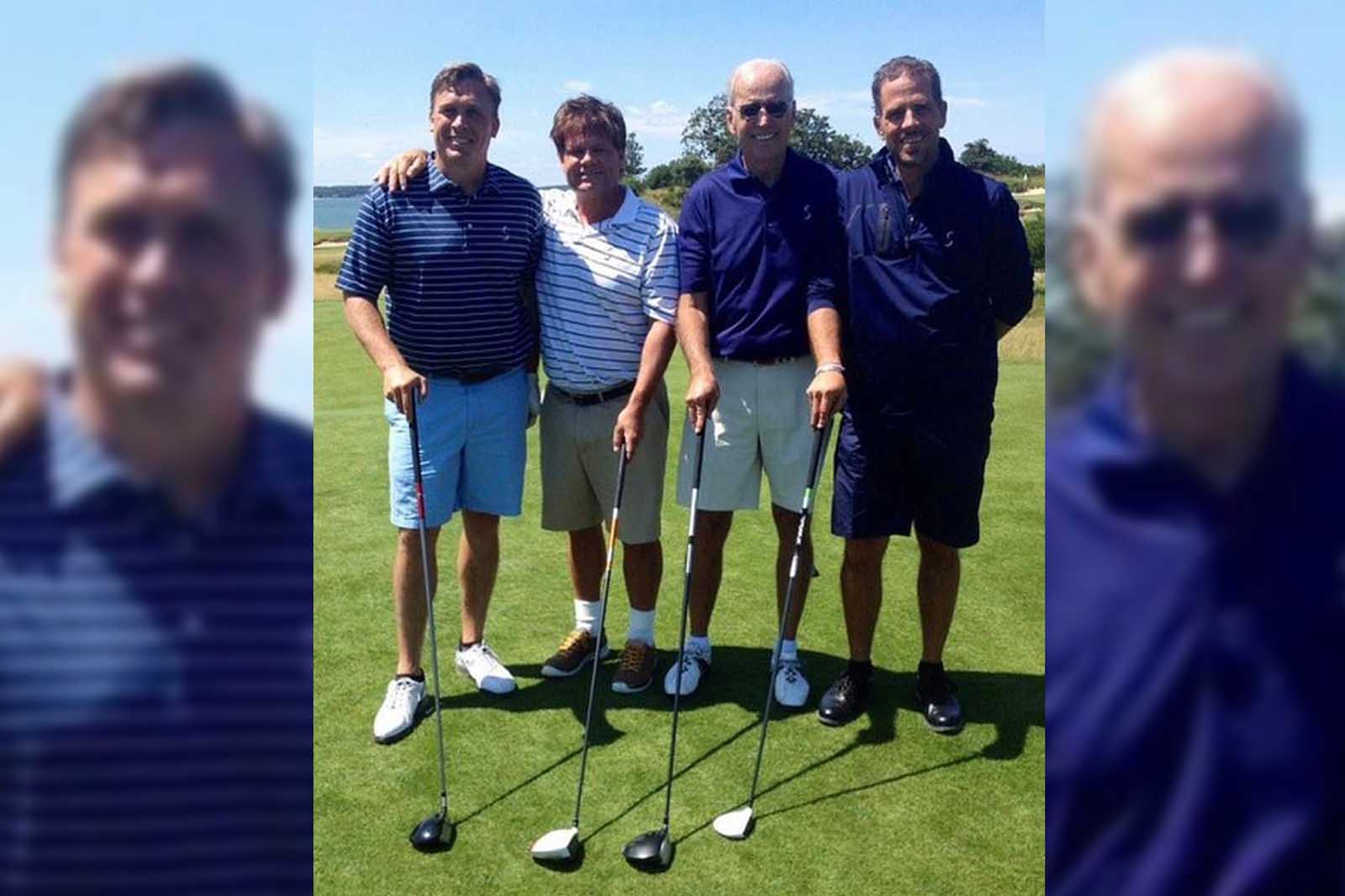 Why are we talking about Hunter Biden & Ukraine again in late 2020? A computer repair shop in Biden’s home state of Delaware claims they were given Hunter Biden’s computer. After going through the contents on the laptop’s hard drive, they found emails between top Ukrainian officials & Hunter. Shortly after, the hard drive was given to Trump’s lawyer Rudy Giuliani.

In one email of note between Hunter Biden & Burisma advisor Vadym Pozharskyi, Pozharskyi thanks Hunter for extending an invitation for Pozharskyi to meet Joe Biden in Washington in 2015. At the time, Biden was still VP. 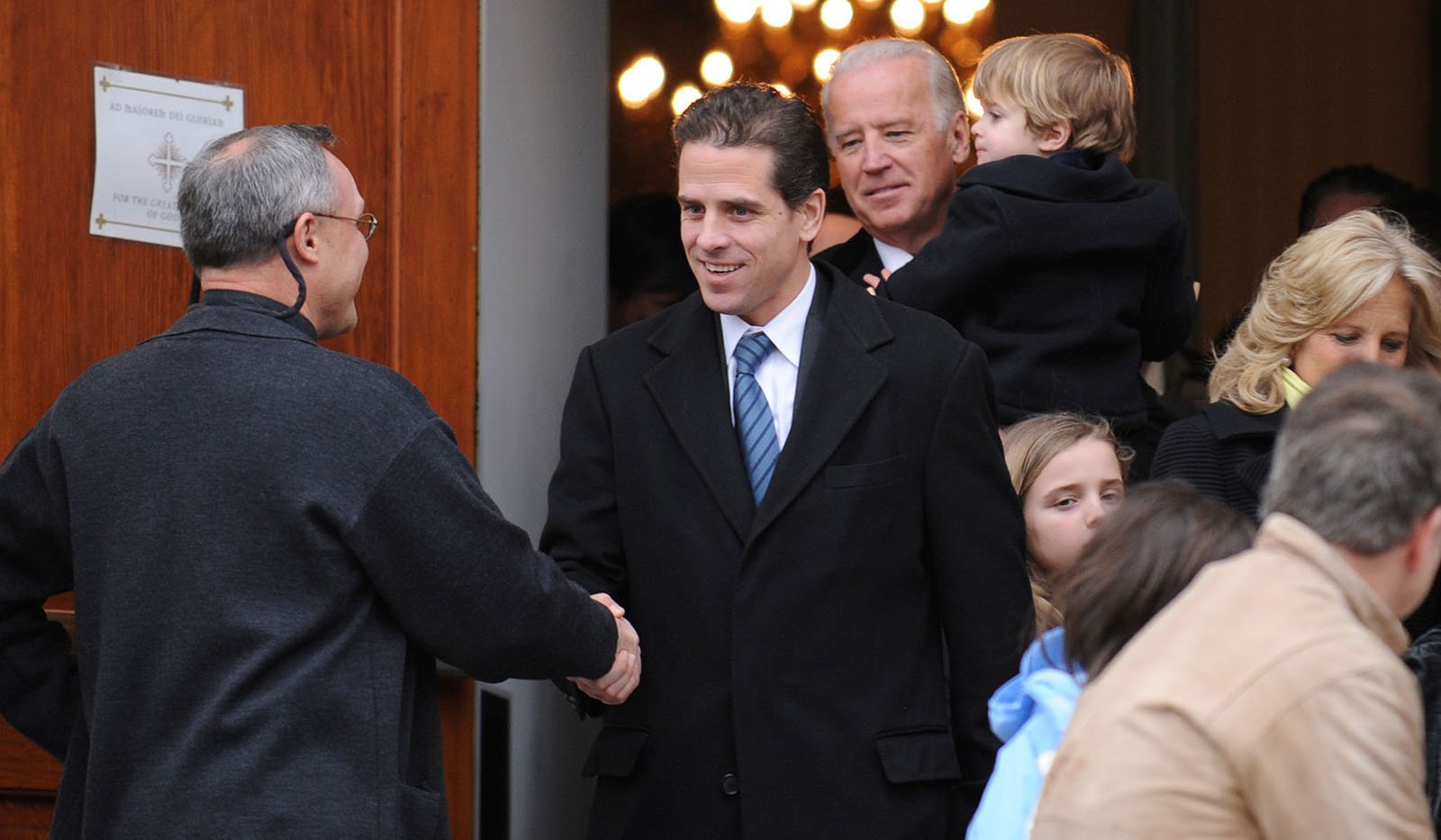 During his tenure as Vice President, Joe Biden was the lead on all U.S.-Ukraine relations, so this email is a big deal. Biden’s campaign claims this meeting never occurred, but it could have been an informal interaction during another event. There is no evidence claiming this meeting influenced any of Biden’s decisions regarding Ukraine.

Numerous explicit photos & videos on the laptop show Hunter in compromised positions. Hunter Biden has yet to respond to the claims about the laptop, though Joe Biden has claimed the emails were fabricated. 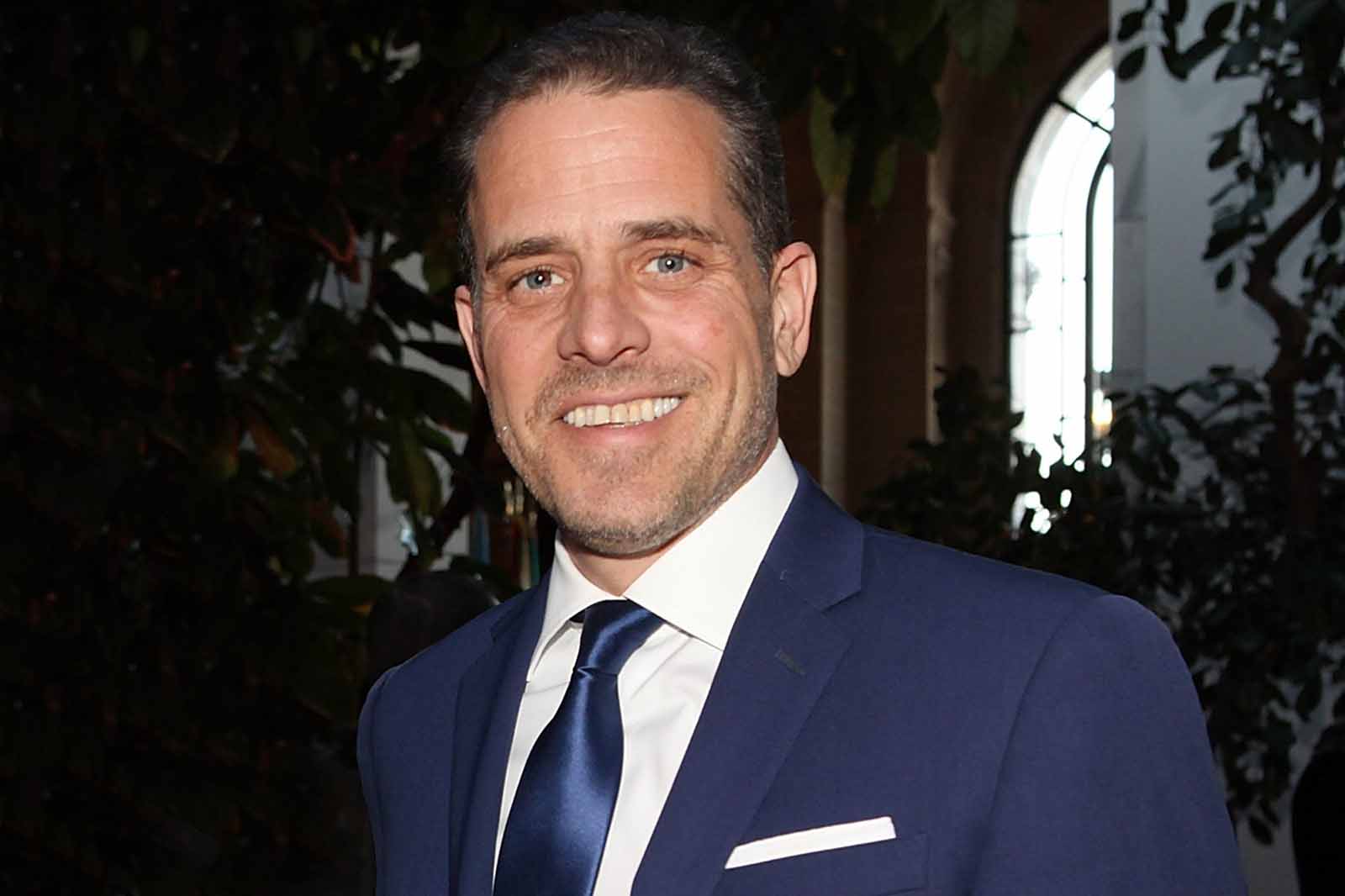 When the New York Post published their report about these claims against Hunter Biden, social media platforms tried to silence the news. Twitter has been blocking links to the report and even suspended the New York Post’s account. Facebook has been similarly censoring the story, limiting the reach of any post sharing the link to the report.

Both Facebook CEO Mark Zuckerberg and Twitter CEO Jack Dorsey were asked to speak to the Senate Intelligence Committee about this censorship. Dorsey claimed during the meeting it was because the link was shown as hacked in their system, but the Post claims their website was never maliciously attacked during the time the article was censored.

After the Senate hearing, the New York Post’s account was unlocked, and those looking to tweet about the Hunter Biden-Ukraine story were free to do so without any censorship.

To this day, few further updates have dropped regarding the emails found on the laptop. While it is true Hunter Biden served on Burisma’s board of directors until 2019, two different stories remain about what Biden did during his time on the Ukrainian corporation’s board.