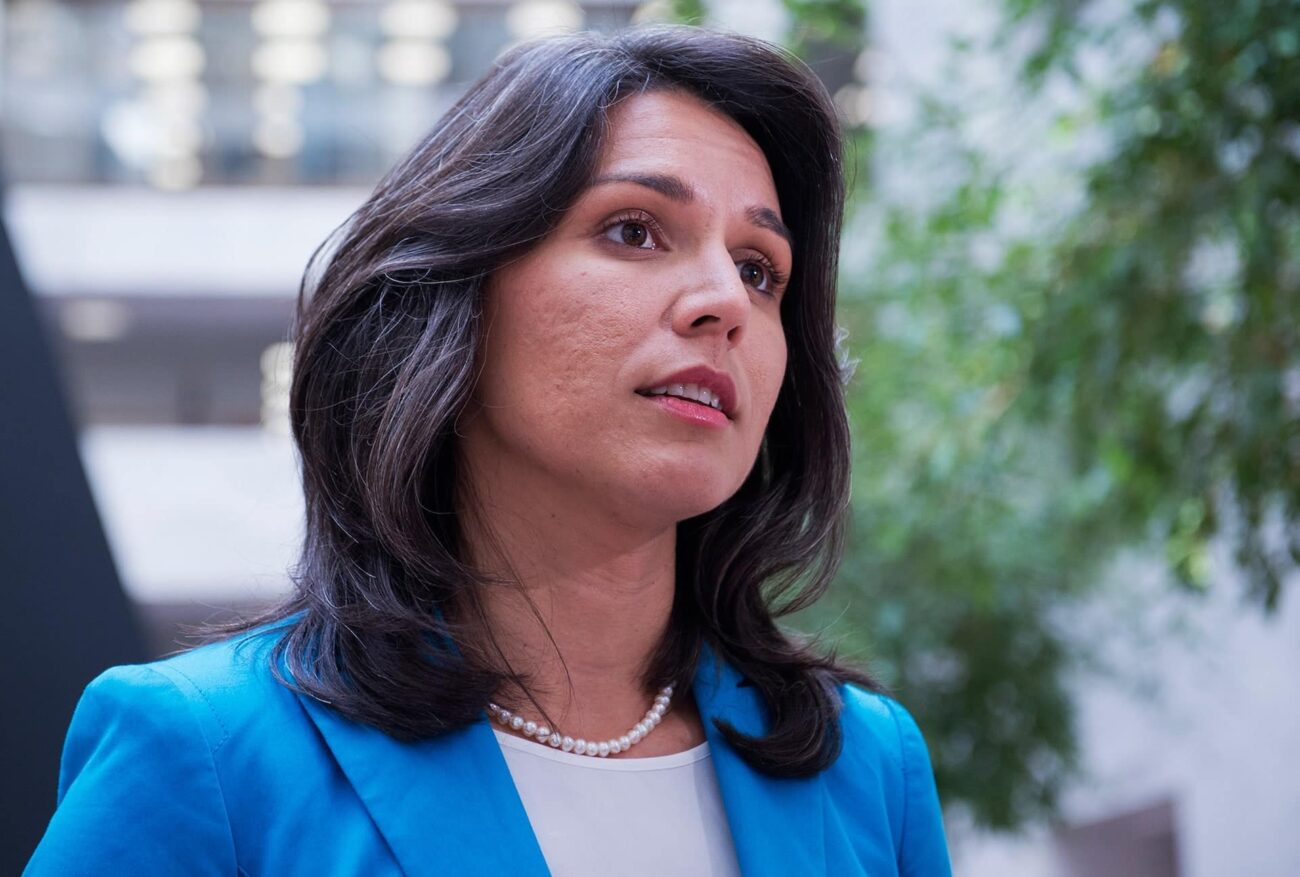 Should we be more concerned about the possibility of Tulsi Gabbard being raised in a cult? Certain questions are raised to mind. Are cults more common than we think? We’ve all heard of the word but what exactly defines a cult? We’d be here all day discussing the psychology behind cults, what makes people eager to join, what the most popular cults are, etc. Today, let’s just stick to Tulsi Gabbard.

She’s known as the Hawaiian congresswoman and 2020 presidential hopeful who has been pulling around two to three percent in a heavily crowded field. Conversations about her had a negative record on gay rights and controversial foreign policy positions 一 she hasn’t been a very easy sell for many people. Yet she remains a fascinating figure in the public eye.

Tulsi Gabbard is a Samoan woman, a veteran, and self-identified as Hindu, and she’s the first member of Congress to do so. But many consider her divisive. As a rising star yet black sheep, Tulsi Gabbard gathered a great deal of support but did not receive the attention and public scrutiny of the more visible candidates. 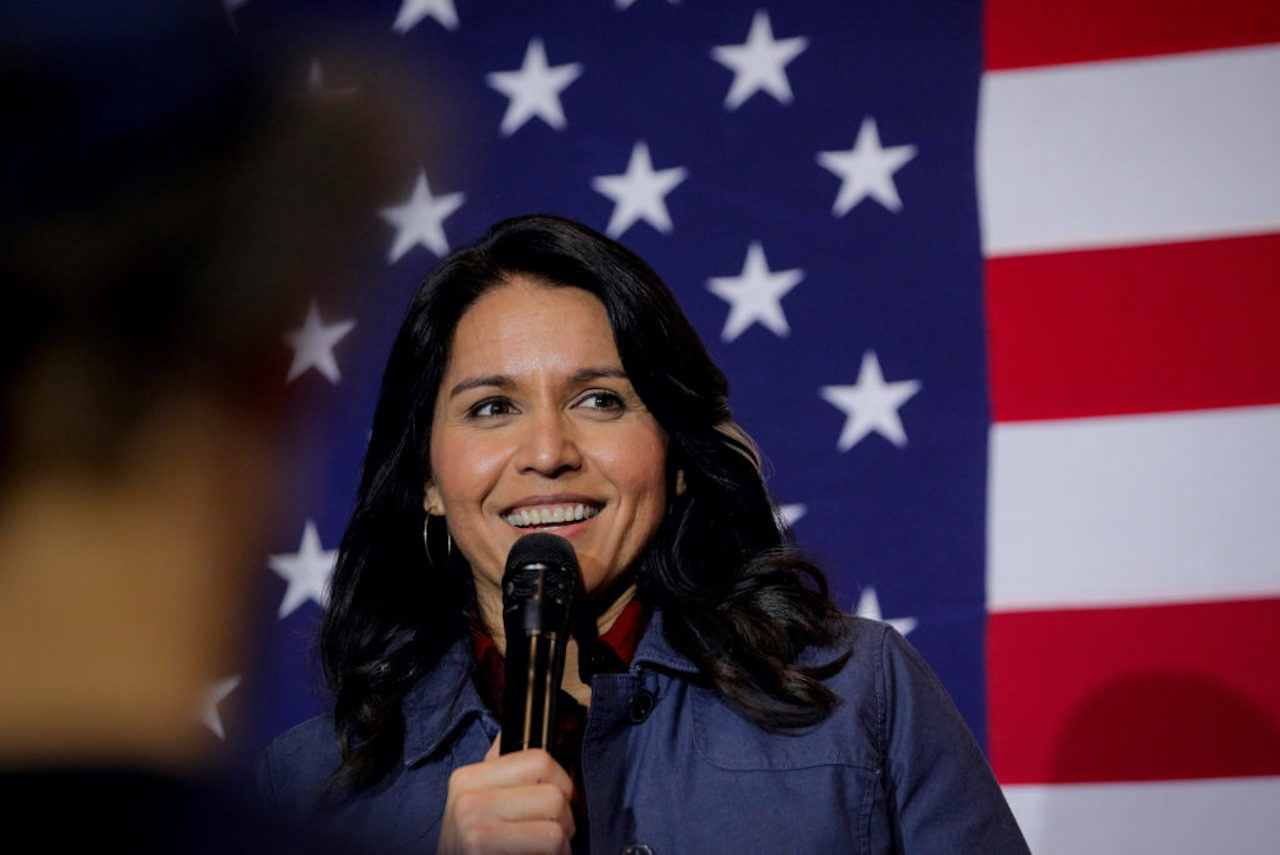 Originally, she opposed the impeachment inquiry into the former president Donald Trump (though changed her position). She was pulled back into the old conversation which includes her complex past and childhood immersed in a right-leaning, Hindu-influenced religious group that many people are describing as a cult. 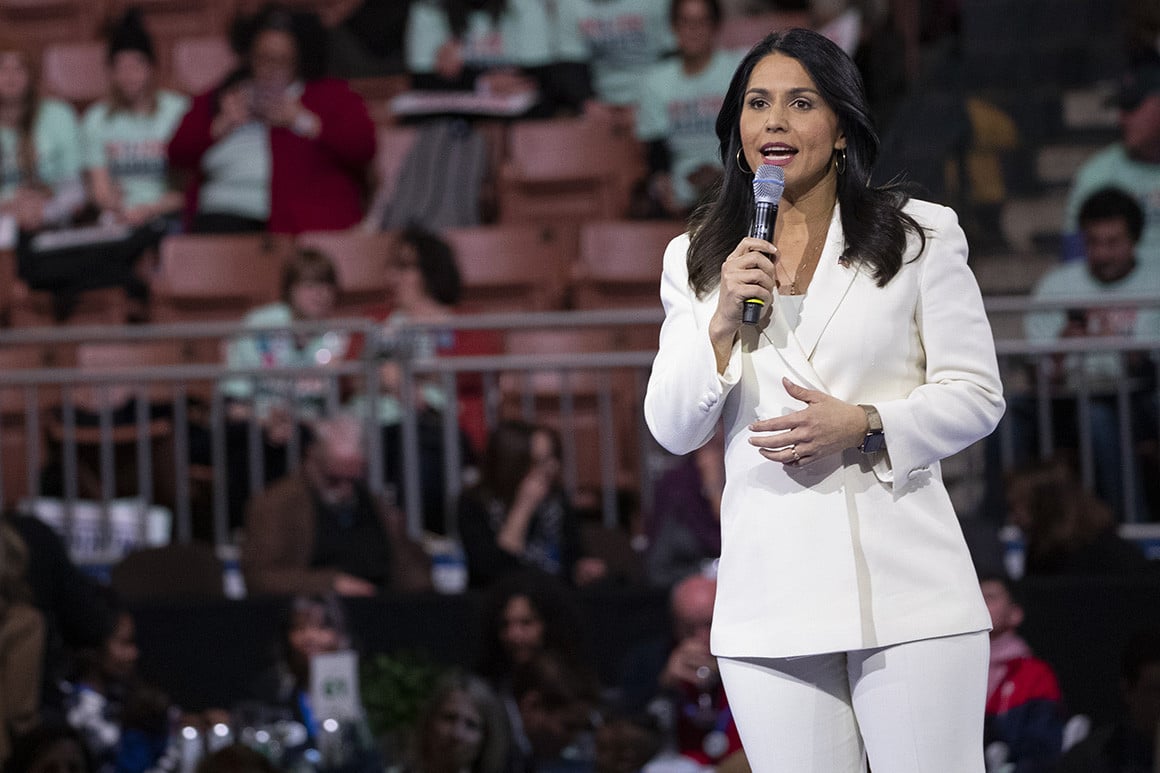 Tulsi Gabbard was raised in Hawaii by her parents Mike Gabbard and Carol Porter Gabbard. She was born in American Samoa before they relocated to Hawaii. She was homeschooled (though she spent some time studying in the Philippines). Gabbard’s father served in the Hawaii state house before Tulsi did the same and both campaigned against gay rights as one of their major platforms.

According to an in-depth profile composed by Kerry Howley, published in New York Magazine, Tulsi Gabbard Had A Very Strange Childhood, “a serious influence for all the Gabbards was a group best known as the Science of Identity Foundation.” 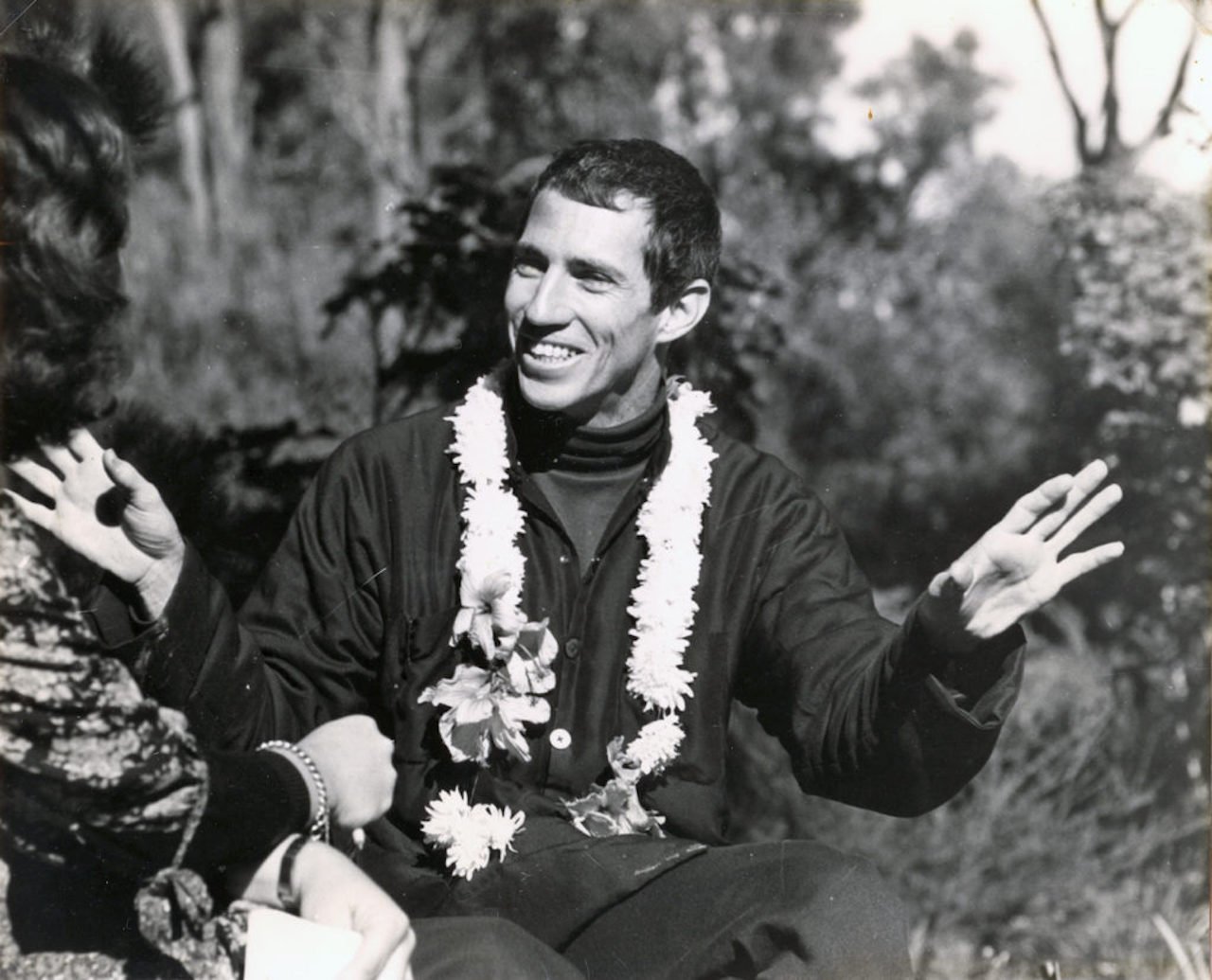 The Science of Identity Foundation was founded back in the ‘70s by a White man named Chris Butler. It was an “off-shoot of the wider Hare Krishna movement.” He went by the guru name of Jagad Guru Siddhaswarupananda Paramahamsa. Butler grew a great following in Hawaii, plus the organization was influenced by his own teachings and beliefs.

Butler and company do not identify themselves as Hindu and the tenets of the group are a mixture of amalgamation of various philosophies and Butler’s own beliefs. According to interviews with the Gabbard family, Tulsi Gabbard’s aunt along with others, were part of this group. There’s a chance it might’ve influenced Gabbard’s father’s virulent’s anti-gay stance in the 1990s when he was in the Hawaii legislature.

Tulsi Gabbard’s connection to Butler and his followers has been in question for many years now, including her parents. Gabbard’s father has publicly claimed Catholicism but admits to knowing Butler. Her mother was SecretaryTreasure of Butler’s organization until 2000. 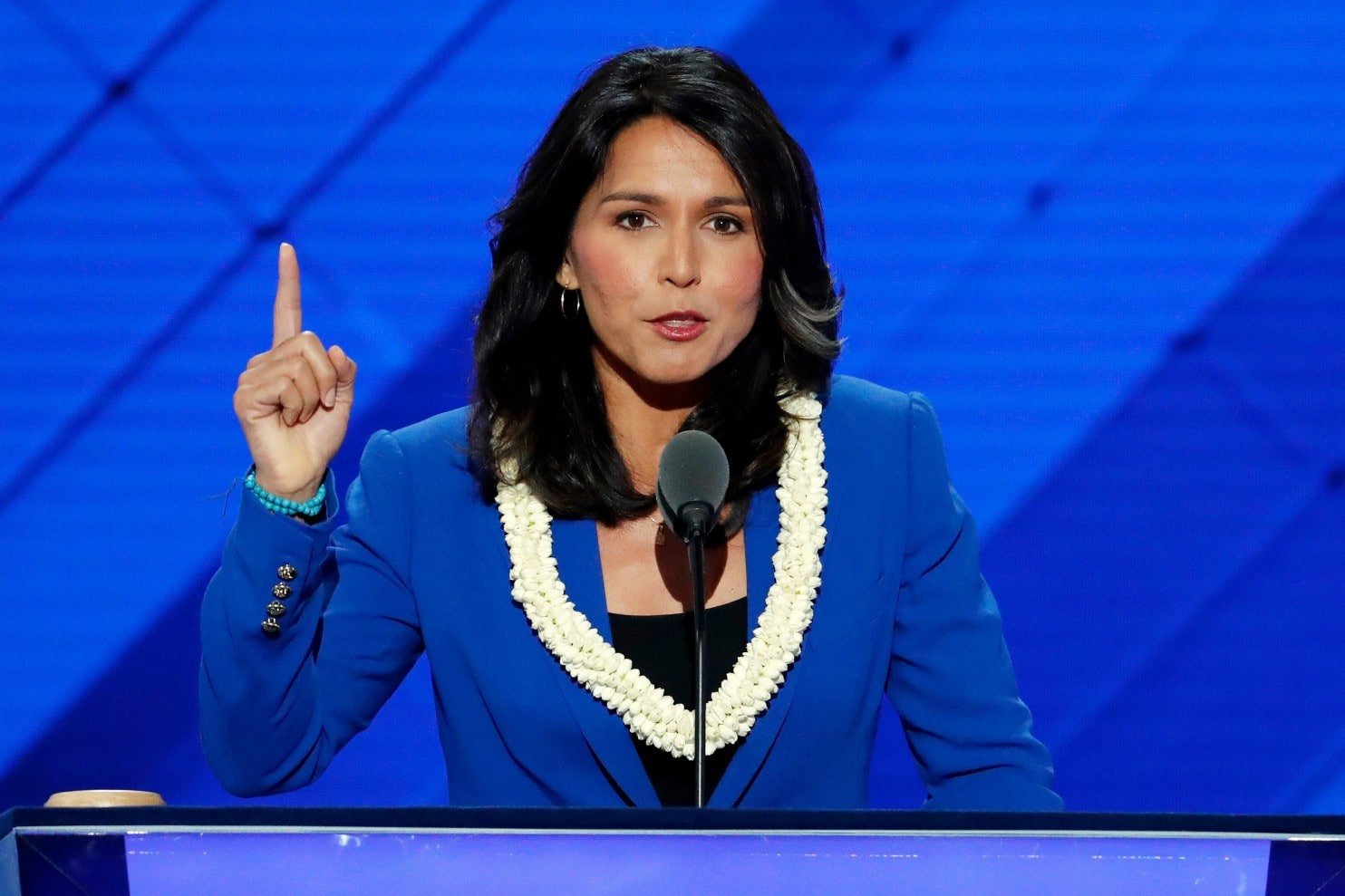 Tulsi Gabbard’s connection to a cult

At this point, the public has a narrative on Tulsi Gabbard: her viewpoints, especially her anti-gay stances, seemed to have evolved over the years, particularly following her post-9/11 service in the military. Beyond her parents’ connections to the group, however, Gabbard stays tied to and thus possibly influenced by the Science of Identity Foundation. The group and Butler are very much still alive and active.

Do you think the public has enough information to say Tulsi Gabbard was raised in a cult? Share your thoughts in the comments section below!