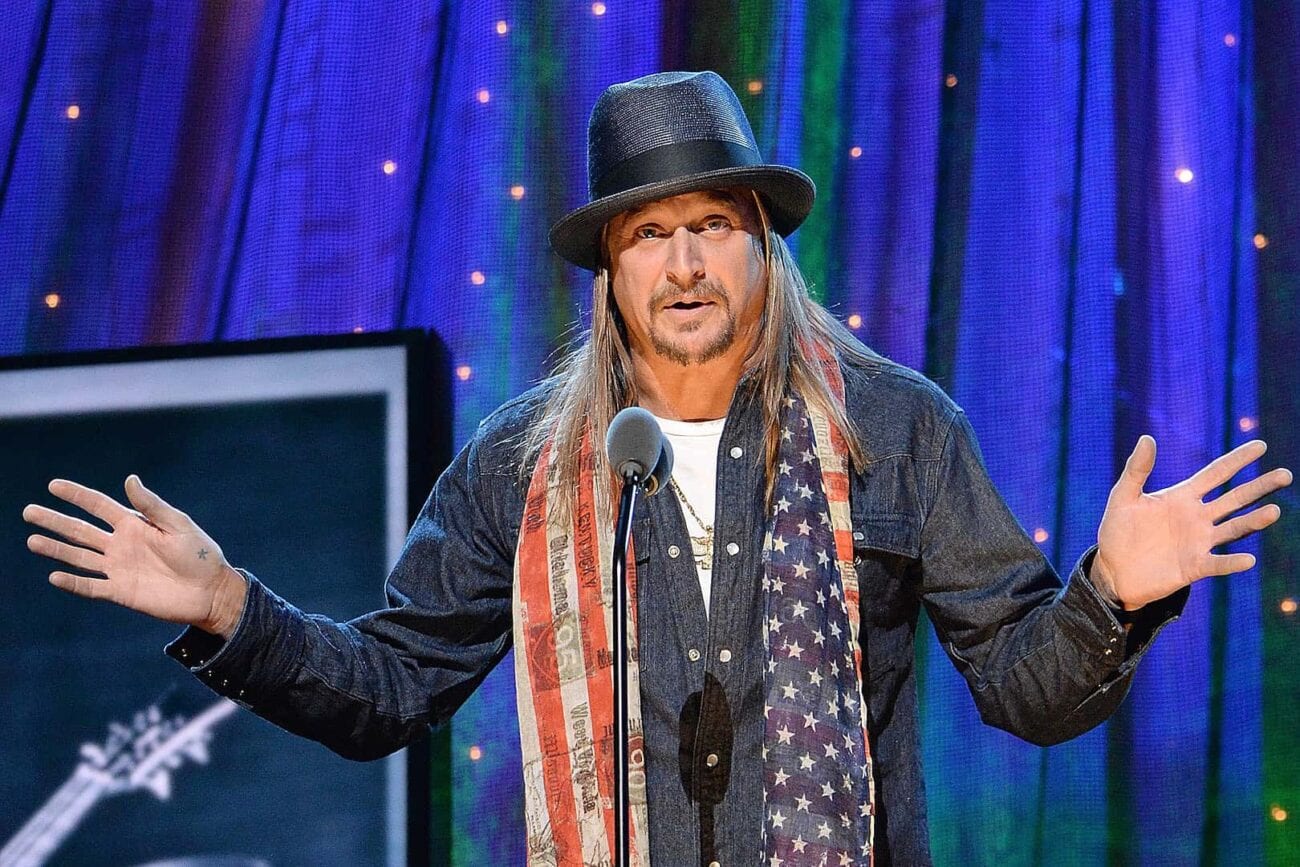 Happy Pride Month! Today’s relevant news: Kid Rock videos & tweets that pose the question, is Kid Rock a homophobic racist, or does he only play one on stage? Bonus inquiries: what does he have against iPhones, and is he always drunk at his performances? So much to unpack!

If Kid Rock using the word faggot offends you, good chance you are one. Either way, I know he has a lot of love for his gay friends and I will have a talk with him. Have a nice day. -Bob Ritchie

We’ll spare you the Google search. Bob Ritchie is Kid Rock’s real name. So what we have here is a man using his civilian name to talk about the actions of his stage persona – a weird choice of storytelling device from Mr. Ritchie, but whatever gets him to acknowledge that using homophobic slurs is wrong . . . .

Oh, wait, he’s not apologizing for it at all, is he? Kid Rock / Bob Ritchie is doubling down on his use of that particular f-word. He’s doing that “I’m sorry that offended you” thing and that “You suck for being offended” thing at the same time!

Kid Rock’s tweet was met with as much disdain as the Kid Rock videos that prompted him to post that non-apology to begin with. Which Kid Rock videos, you ask? Well, we’re going to show you the one that’s censored because we’re pretty sure you can tell what he said in it despite the bleeping.

First of all, we gotta address the elephant in the room. What’s with the iPhone hate? Could he really tell the person recording him was using an Apple product? Did “[email protected] your smartphone!” not quite fit the metrics of the song? Already off to a bad start there, Bob.

Of course, what really seems to be setting Kid Rock off is the videos being recorded by his audience. Surely, this isn’t the first time he’s noticed people with their phones out trying to capture an audiovisual memento of their Saturday night. For some reason, Kid, your audience loves you, and they’re hoping to walk away with a little something that will remind them of your magical performance in years to come.

But hey, Kid Rock has the right to request not to be recorded while performing. There’s a polite way to do that, and then there’s the way Mr. Ritchie went about it. You saw the video: cursing, pointing at his crotch, shouting a homophobic slur. Distasteful & shocking, for sure . . . but also not really a surprise for anyone who’s paid attention to Kid Rock’s antics in the past.

Okay, so congrats if you actually made it through the entire two minutes of that video. But even if you only watched part of it, it’s pretty clear that Kid Rock’s had a few, right? We can’t really tell if he’s intoxicated in the iPhone-hating homophobic-slur-using video from a few day ago, but Bob seems wasted in this video from 2019.

Now, we’ve already established Kid Rock doesn’t like iPhones, and he likes using homophobic slurs. This gem from a couple of years ago establishes he doesn’t care for Oprah or Joy Behar, and it led to many people – some of them in that audience recording him – to label him a racist. However, Kid’s Twitter defense in that instance wasn’t to trot out his civilian alterego . . . .

All this BS going on has just go my blood pumpin’ and is only more songwriting fuel for a new record and tour in 2021.
I am beholden to no one, no corporate sponsors, no label and I am gonna go the fuck off!
(1 of 2)

Whatever the case, between these videos & tweets, it would seem to be pretty clear where Kid Rock stands regarding several key issues: smartphones, talk show hosts, and the gay community. We’re sure all this is bound to come up whenever he finally decides to run for office.

Are you a Kid Rock fan? Why? Let us know in the comments!