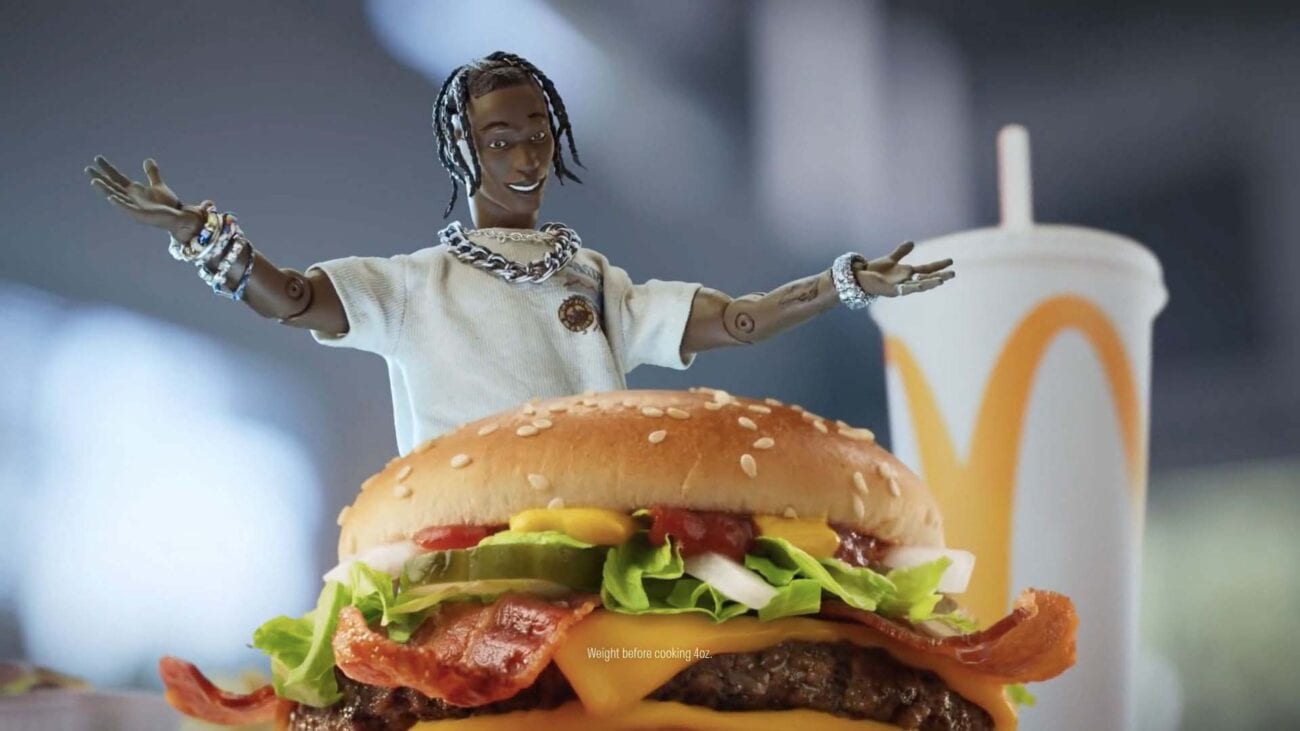 Travis Scott and McDonald’s: The new meme going around

Travis Scott is out here making brand deals with anybody & everybody. From Fortnite to McDonald’s, Scott is proving he’s willing to team up with any popular company with a big enough paycheck. Not that we’re judging, we’re happy for the guy. He’s out here living his best (sponsored) life.

McDonald’s has now created the Travis Scott meal and Scott is selling McDonald’s themed merch – including a $90 McNugget body pillow. (Why do we want it??)

Of course, nothing is off limits in the world of memes, so when people were amused by the magnitude of this partnership the jokes immediately started rolling in. Here are some of our favorites.

The McNugget pillow is probably the most interesting part of the whole Travis Scott and McDonald’s team-up, so of course it was the first to become a meme.

Apparently the Travis Scott meal isn’t anything groundbreaking – it’s just what Scott usually orders from the fast food franchise. A quarter pounder with cheese, lettuce, and bacon, a medium order of fries with tangy BBQ sauce, and a medium sprite with extra ice. 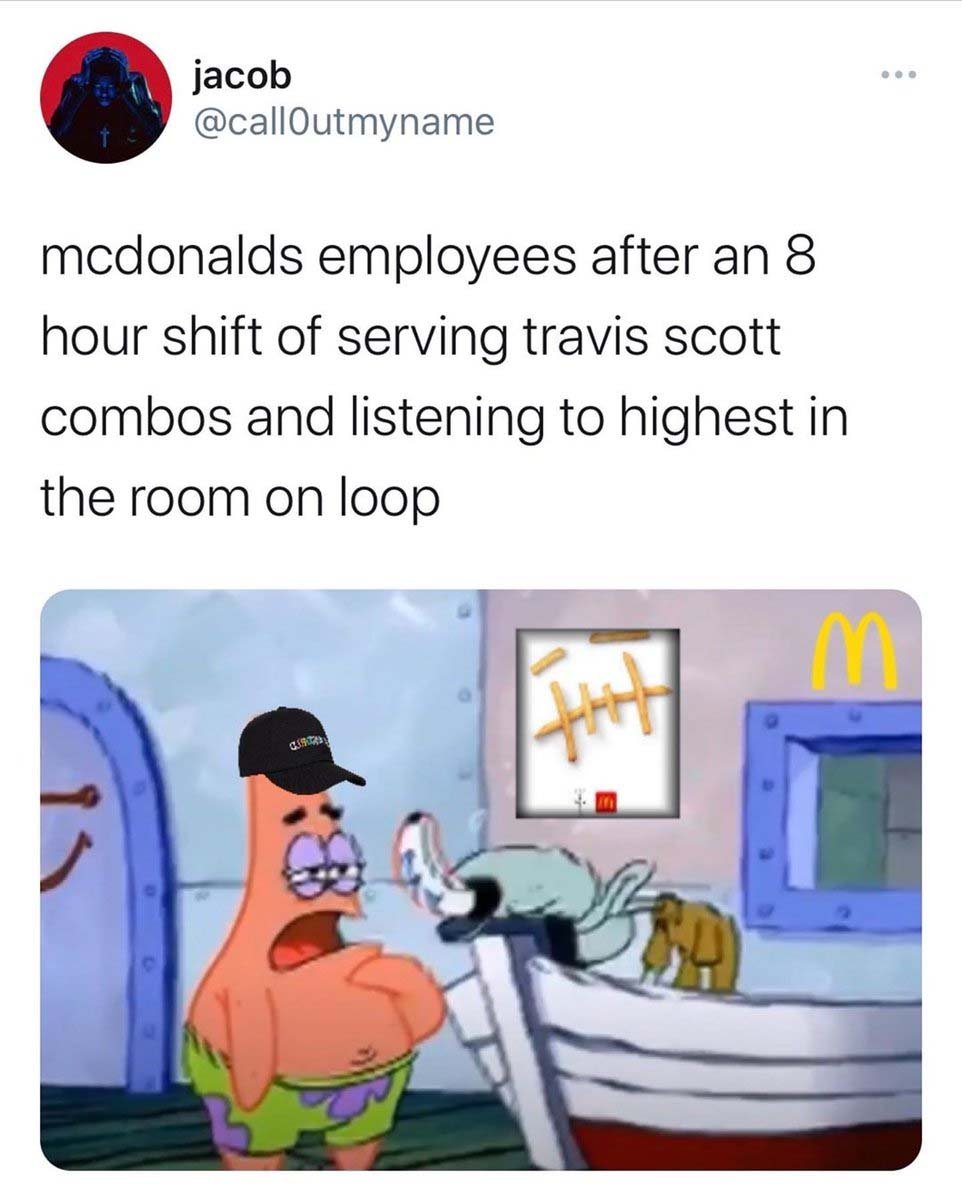 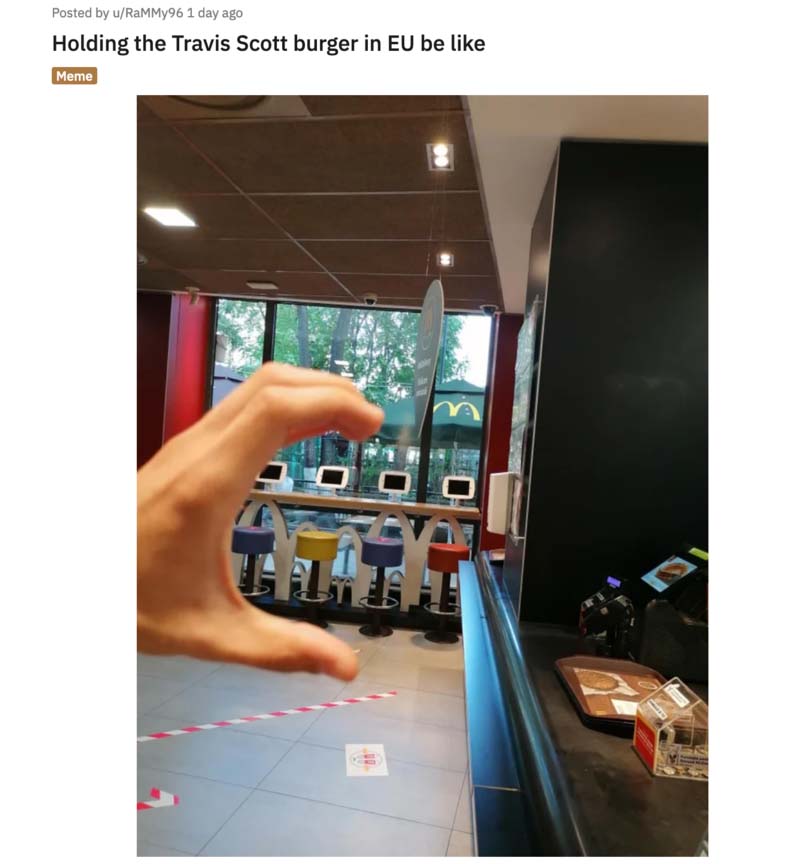 Fans of Travis Scott were disappointed by the fact the limited time meal is only available in the United States. While we feel for them, this meme is pretty funny.

People were complaining that the Travis Scott meal didn’t come with a toy or some kind of merch. However, we think they should double check that they weren’t given the gift of autotune. 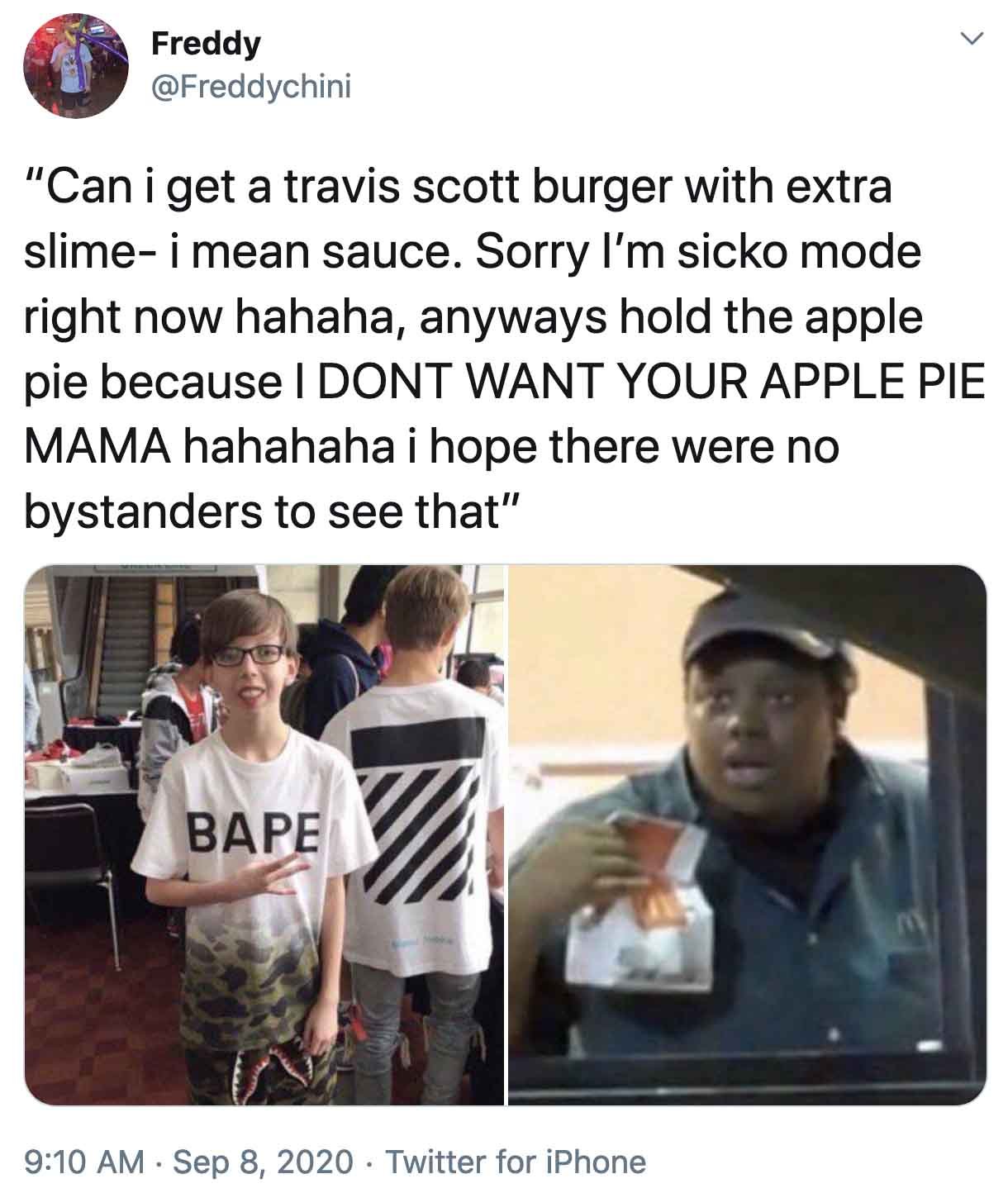 We’re going to be real with you, this is some serious gen z stuff and we . . . we don’t really know what just happened here. We’re fairly certain that underneath the cringe this is funny though. 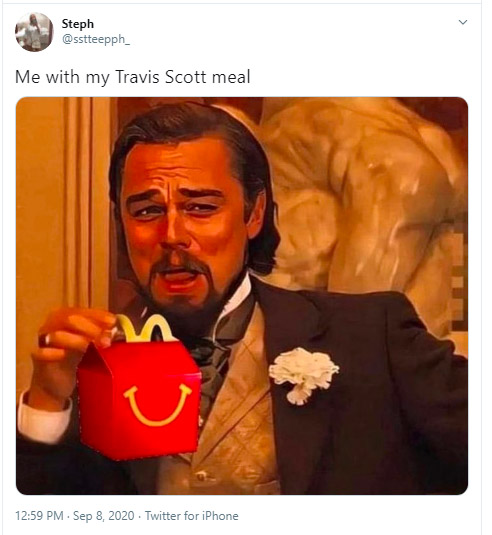 Okay, we’ve been non-judgemental until now, but really? You’re going to feel fancy for the same fries everyone else at McDonald’s is eating? We think we need to make memes about you next.