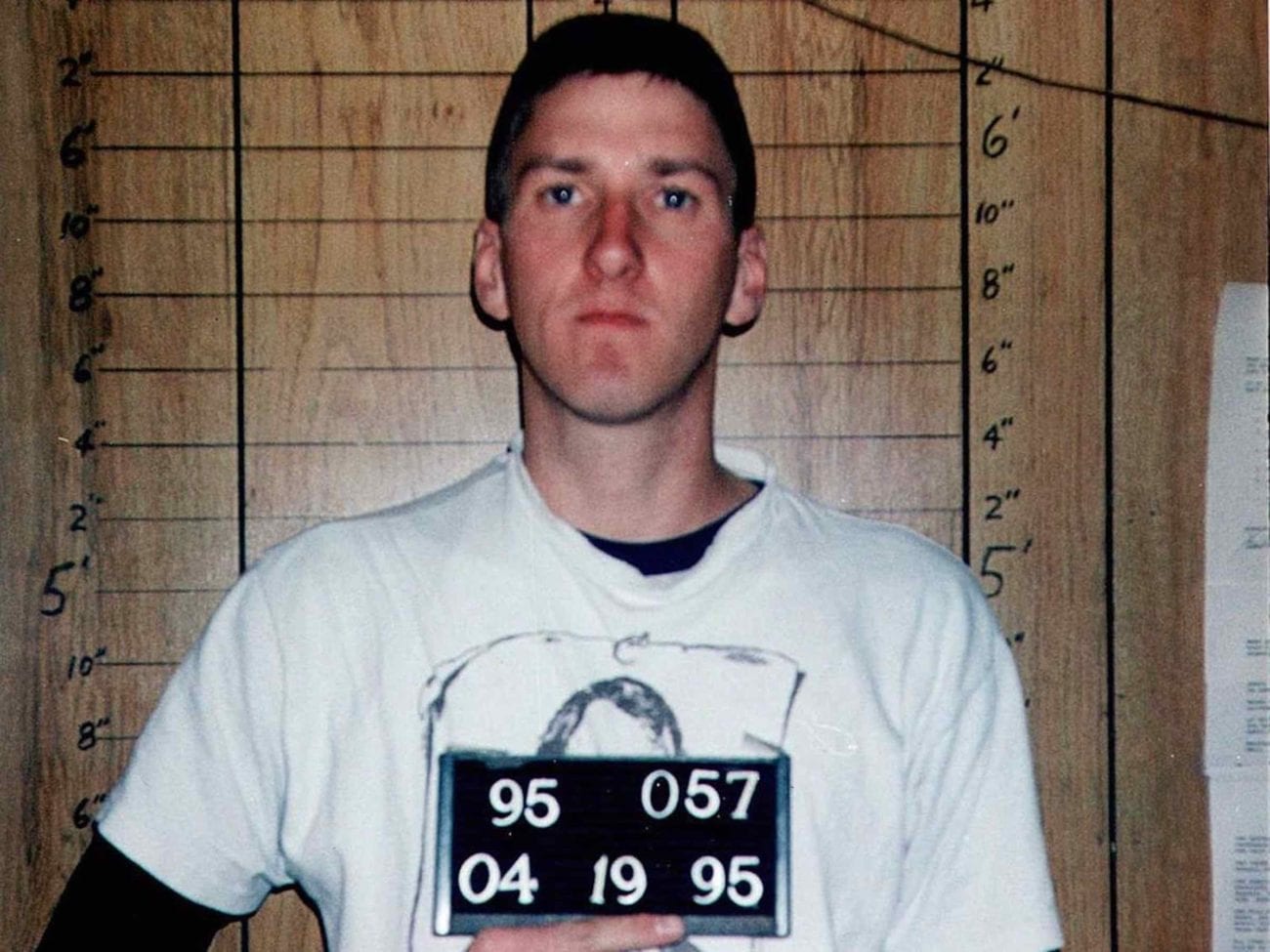 The trial, execution and legacy of Timothy McVeigh

For those of us who grew up in a post-9/11 world, it’s hard to imagine a terrorist attack quite as devastating as that day. But for those who grew up before, they witnessed one that, until 9/11, was considered the deadliest terrorist attack on American soil. The terrorist? A United States citizen named Timothy McVeigh.

In 1995, he perpetrated a truck bombing at the Alfred P. Murrah Federal Building in Oklahoma City, OK. The resulting attack killed 168 people, injured 680 more, and brought down a third of the building. Here is everything you need to know about the attack, the trial, and the execution of Timothy McVeigh. 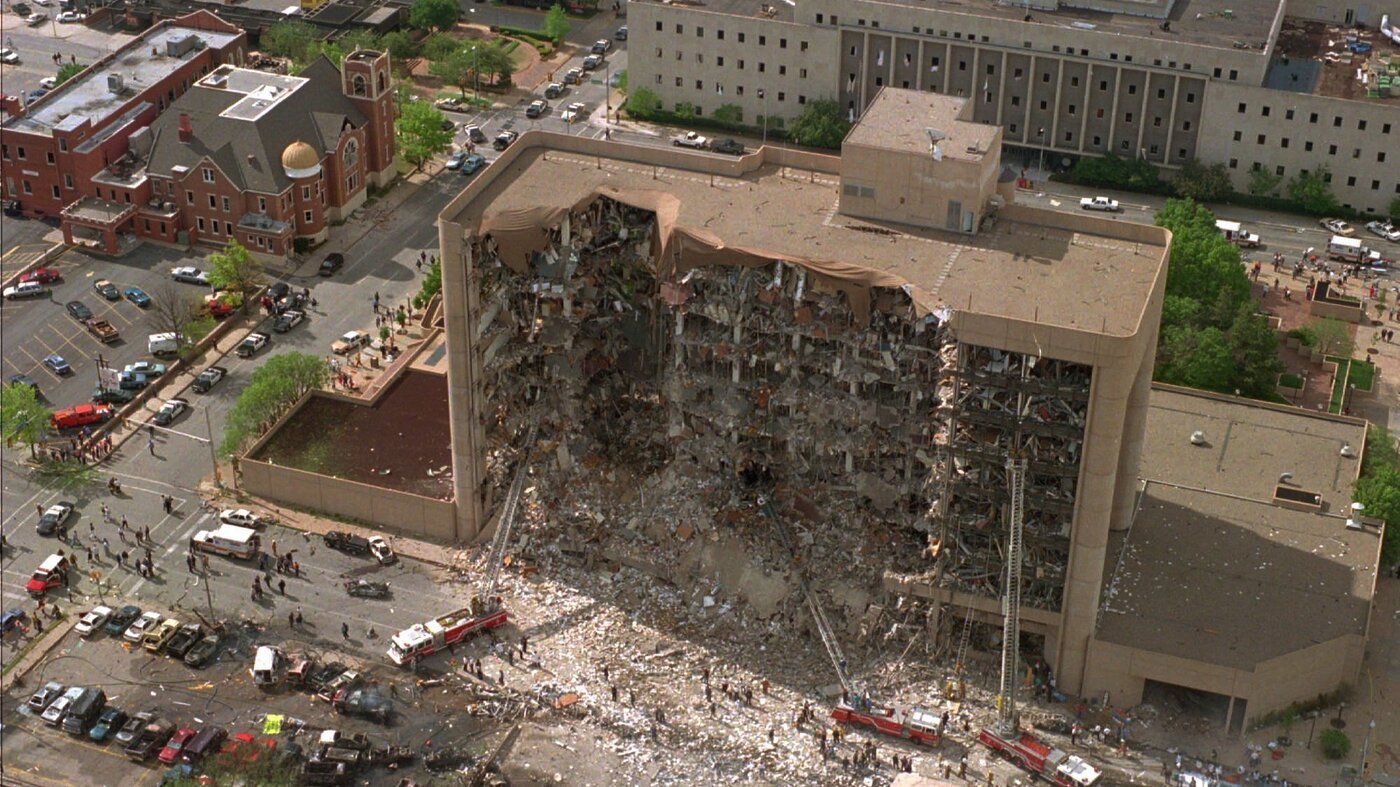 Timothy McVeigh was a Gulf War vet who sought revenge against the federal government for how they handled the siege at Waco. He and his fellow conspirators, Terry Nichols and Michael Fortier, shared an interest in survivalism and anger over the deaths of David Koresh and 75 others. McVeigh, in particular, visited the site during and after the standoff ended.

McVeigh and Nichols, considered the chief conspirators, decided to bomb a federal building. According to McVeigh, he went back and forth between either a bombing or a series of assassinations of key political figures such as Janet Reno.

Eventually, he and Nichols settled on bombing a building that housed at least two of the three following agencies: Bureau of Alcohol, Tobacco, and Firearms (ATF), the Federal Bureau of Investigation (FBI), or the Drug Enforcement Agency (DEA). McVeigh considered places in Missouri, Arizona, Texas, and Arkansas. 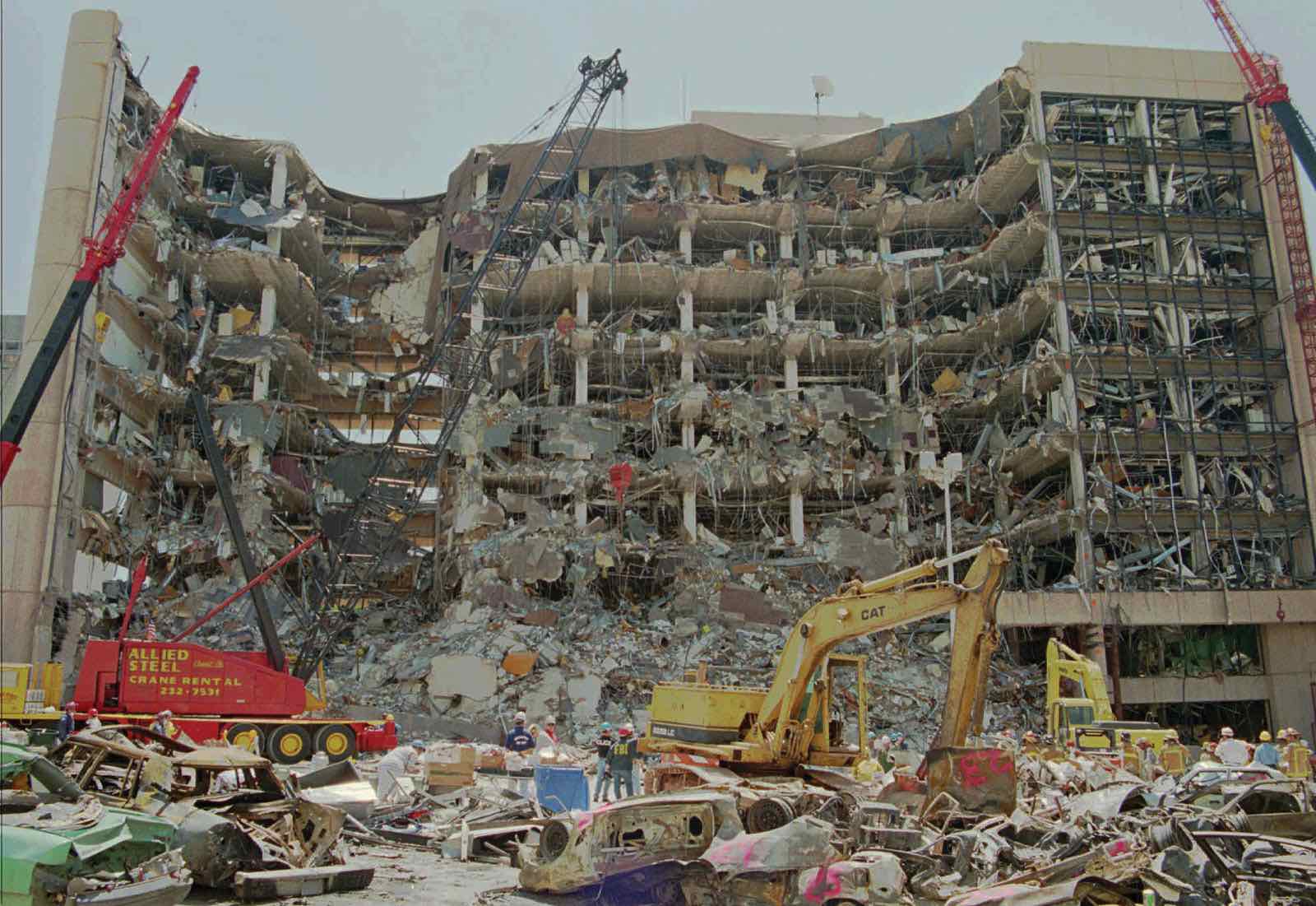 McVeigh decided on the Alfred P. Murrah Federal Building due to it housing 14 federal agencies, amongst them branches of the ATF, DEA, Social Security, and recruiting offices. He also picked it for the large open parking lot across the street as he wanted to not affect any non-federal buildings or people. He also decided that the openness of the area would be good for photos or propaganda.

On April 19, 1995, which was the second anniversary of the Waco siege and 220th anniversary of the Battles of Lexington and Concord, McVeigh drove a truck bomb to the Alfred P. Murrah Federal Building with plans to detonate the bomb around 9:00 am. The Ryder truck contained over ammonium nitrate fertilizer, nitromethane, and diesel fuel mixture and was detonated at 9:02am.

The resulting blast, as we said, killed 168 people, injured 680, and caused about $652 million USD worth in damages. Among the dead were 19 children at a daycare center on the second floor of the building. It destroyed or damaged 324 buildings within a four black radius of the site and shattered glass in 258 buildings. The shock of the blast registered at a 3.0 earthquake on the Richter scale and was felt as far as 55 miles away. 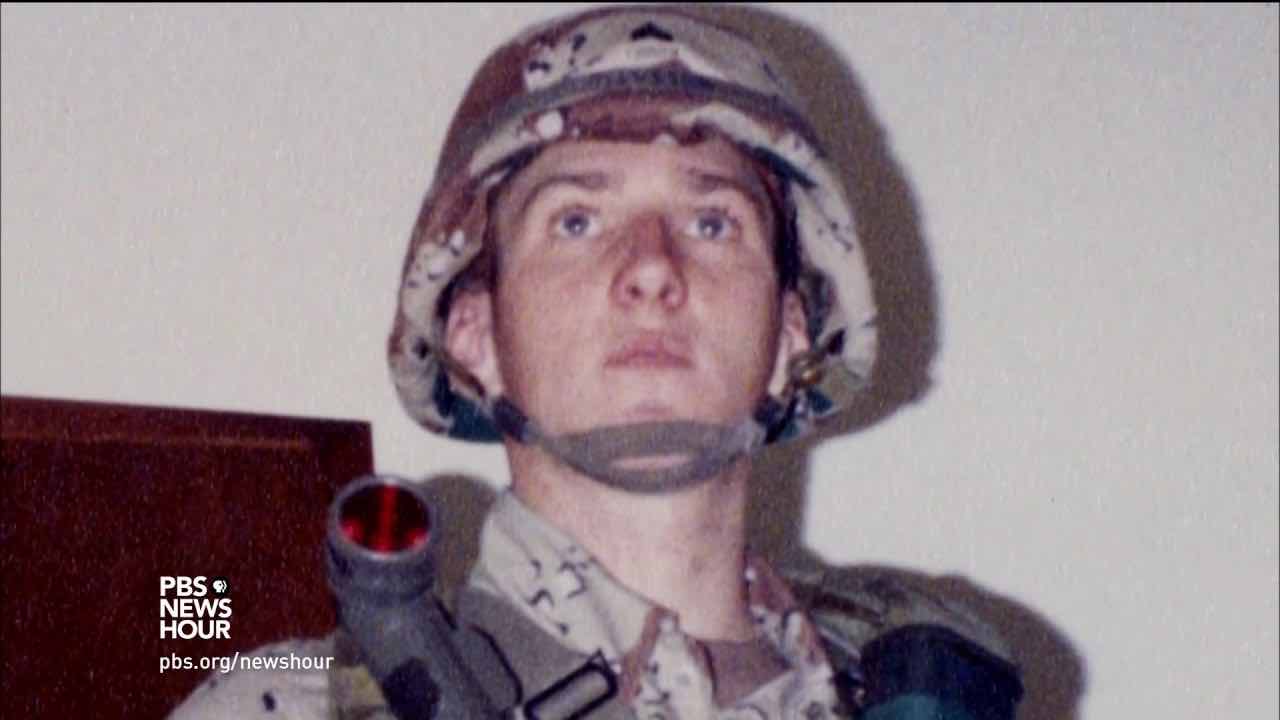 McVeigh was arrested about 90 minutes after the explosion for driving without a license plate and illegal possession of a firearm by Oklahoma State Trooper Charles J. Hanger. McVeigh did have a concealed carry permit, but it wasn’t legal in the state of Oklahoma. Three days later, McVeigh was transferred over to federal custody following a hearing on the gun charges.

The resulting investigation of the Oklahoma City bombing generated 3.5 short tons of evidence and nearly one billion pieces of information. There were 900 federal, state, and local law enforcement personnel who were involved with the investigation.

On Aug. 10, 1995, McVeigh was formally indicted on 11 counts including weapon of mass destruction, use of a weapon of mass destruction, destruction with the use of explosives and eight counts of first-degree murder. Also charged as were Terry Nichols along with Michael Fortier and his wife Lori. Fortier would testify against McVeigh and Nichols in exchange for immunity for his wife and a reduced sentence for himself. 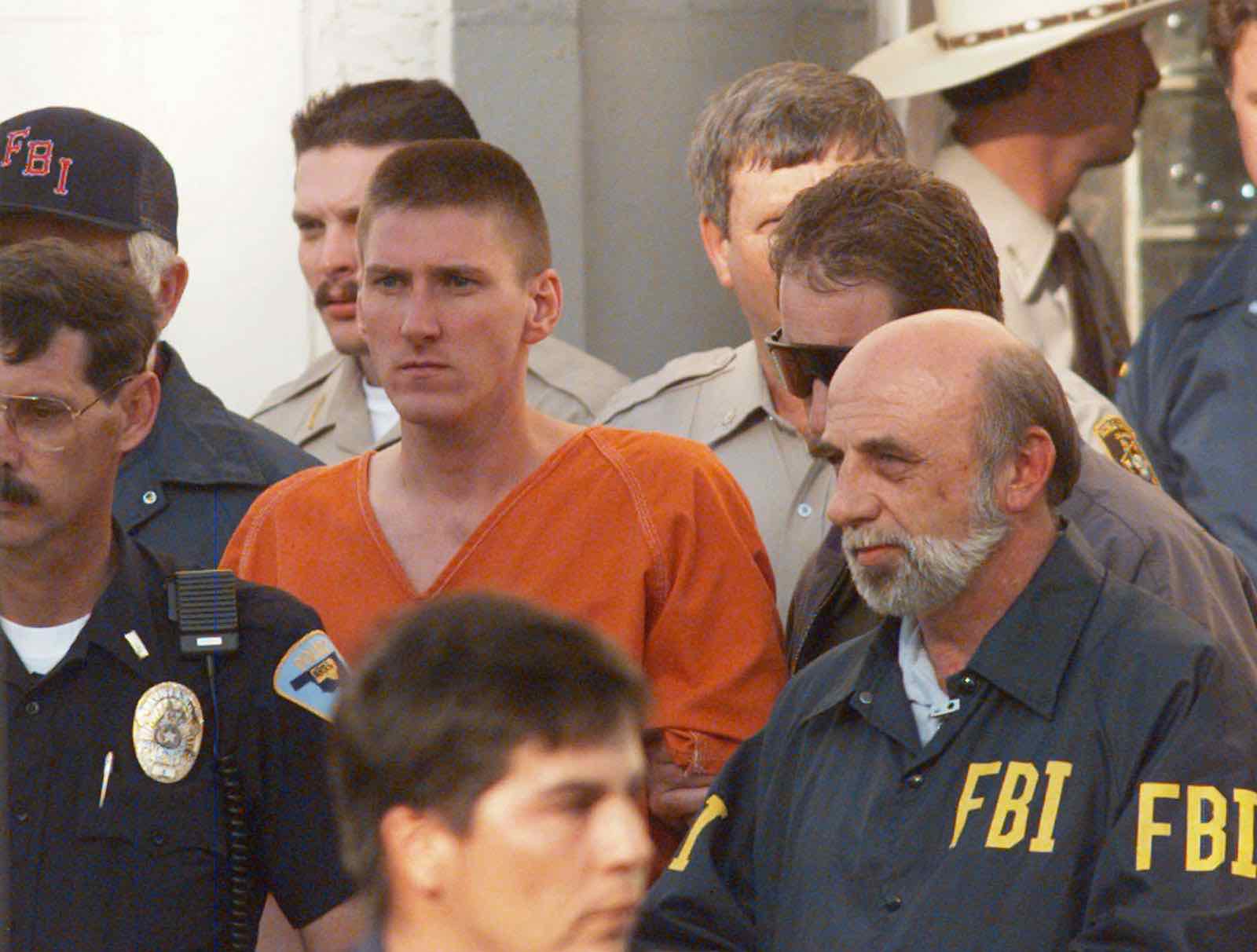 The case was given a change of venue from Oklahoma City to Denver, CO. While McVeigh instructed his defense team to use a necessity defense, claiming that he was in “imminent” danger from the US government for their actions in Waco.

McVeigh was convicted on June 2, 1997, and sentenced to death on June 13, 1997. With the death sentence imposed by the federal government, the state of Oklahoma did not seek charges against McVeigh at the state level. 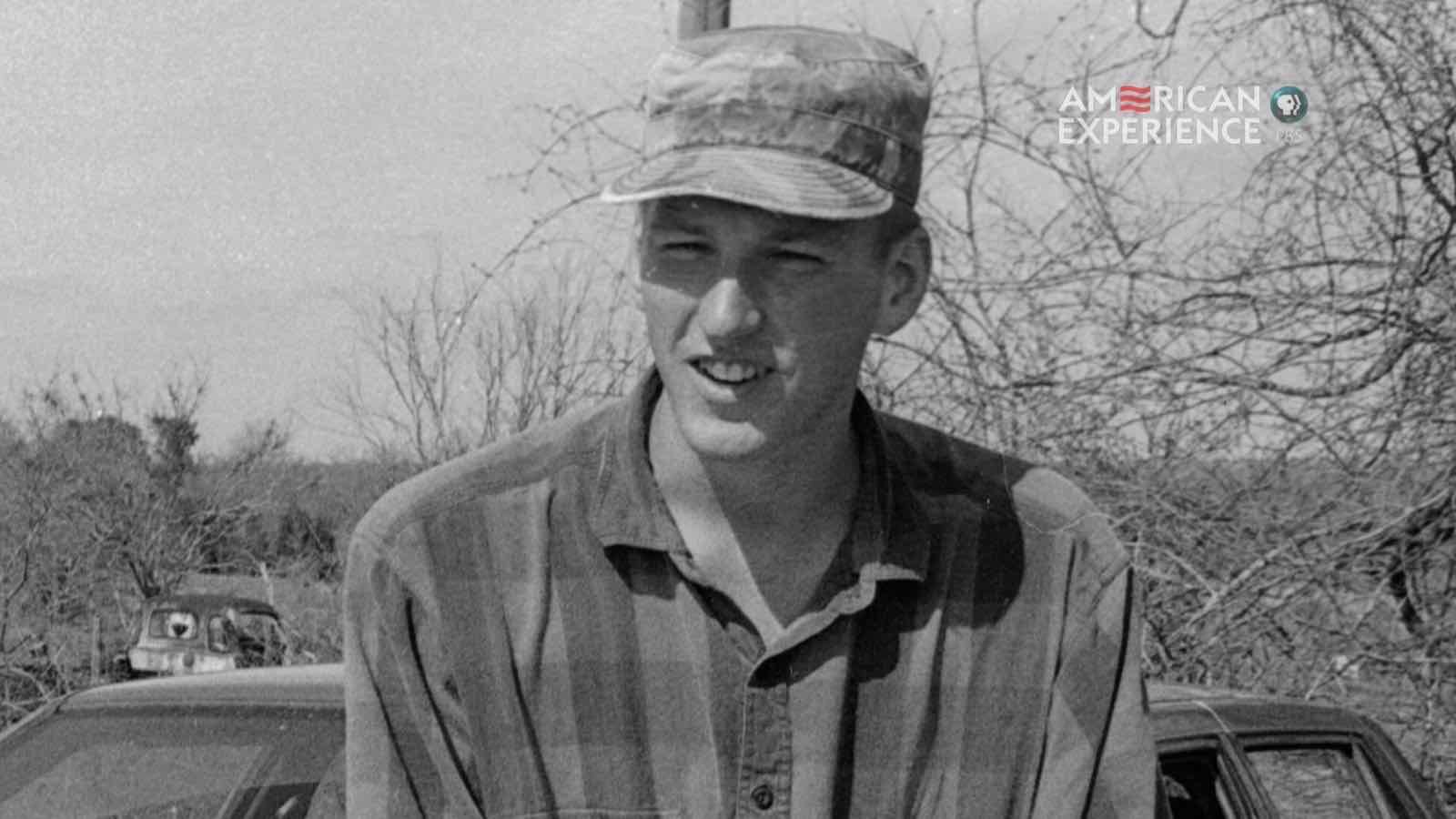 Terry Nichols stood trial twice. On the federal level, Nichols was found guilty and sentenced to life without parole. The state of Oklahoma also tried him on 161 counts of murder in hopes of securing a death penalty, but the jury deadlocked on the issue. Instead, Nichols was sentenced to 161 consecutive life sentences without the possibility of parole.

Michael Fortier was sentenced to 12 years in prison and fined $75,000 USD for failing to warn authorities about the attack. He was released in 2006 and is now in Witness Protection. 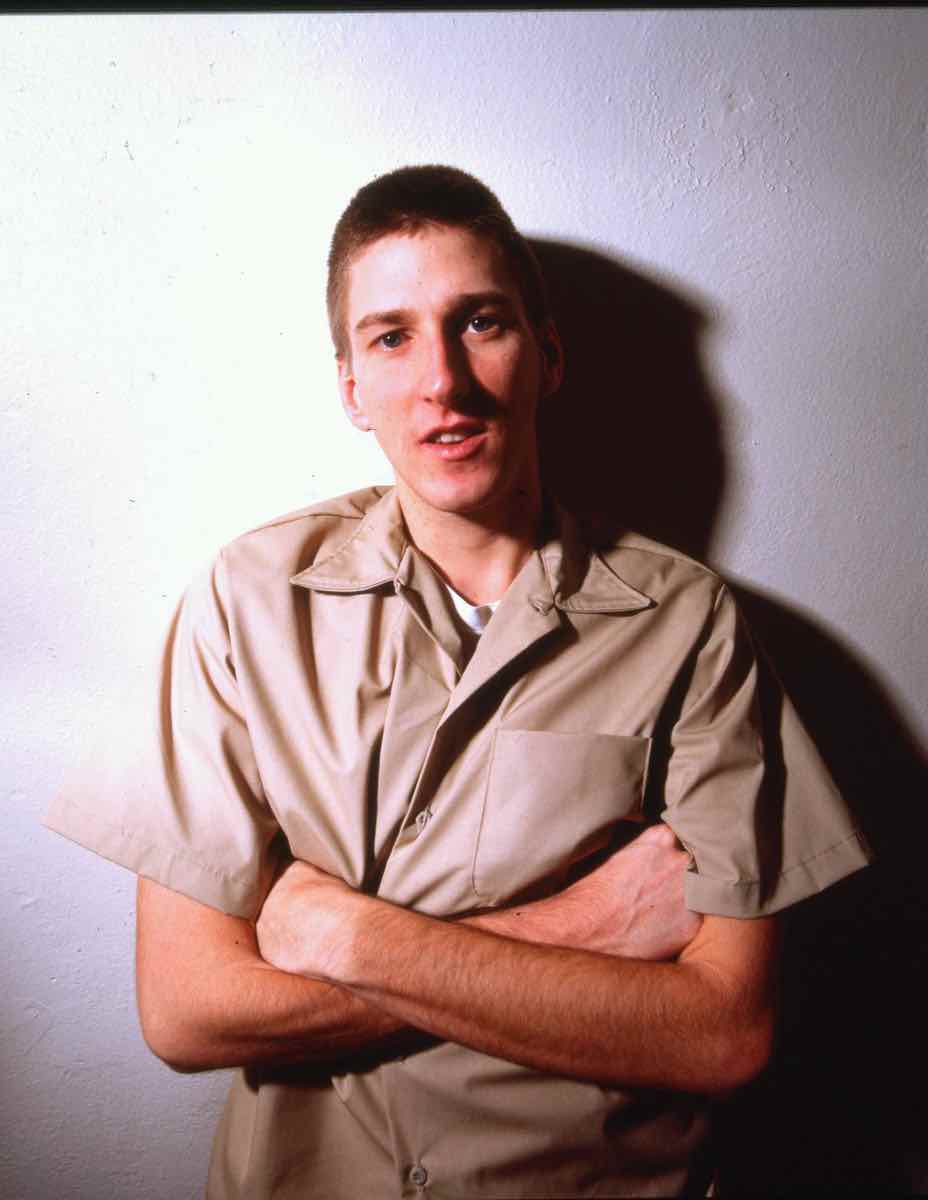 McVeigh and Nichols went to ADX Florence, a supermax located in the Rocky Mountains and considered to be the US’s most high security prison. The pair were put on what was known as “Bomber’s Row”, which is a cell block that also housed Ted Kaczynski.

McVeigh did some appeals, including a request for his execution to be nationally televised, which was denied. He was transferred out of ADX Florence to the federal death row at United States Penitentiary in Terre Haute, Indiana in 1999. He then dropped his remaining appeals.

McVeigh execution by lethal injection took place on June 11, 2001, at 7:14am. His last meal consisted of two pints of mint chocolate chip ice cream and he was administered Last Rites by a Catholic priest before his death.