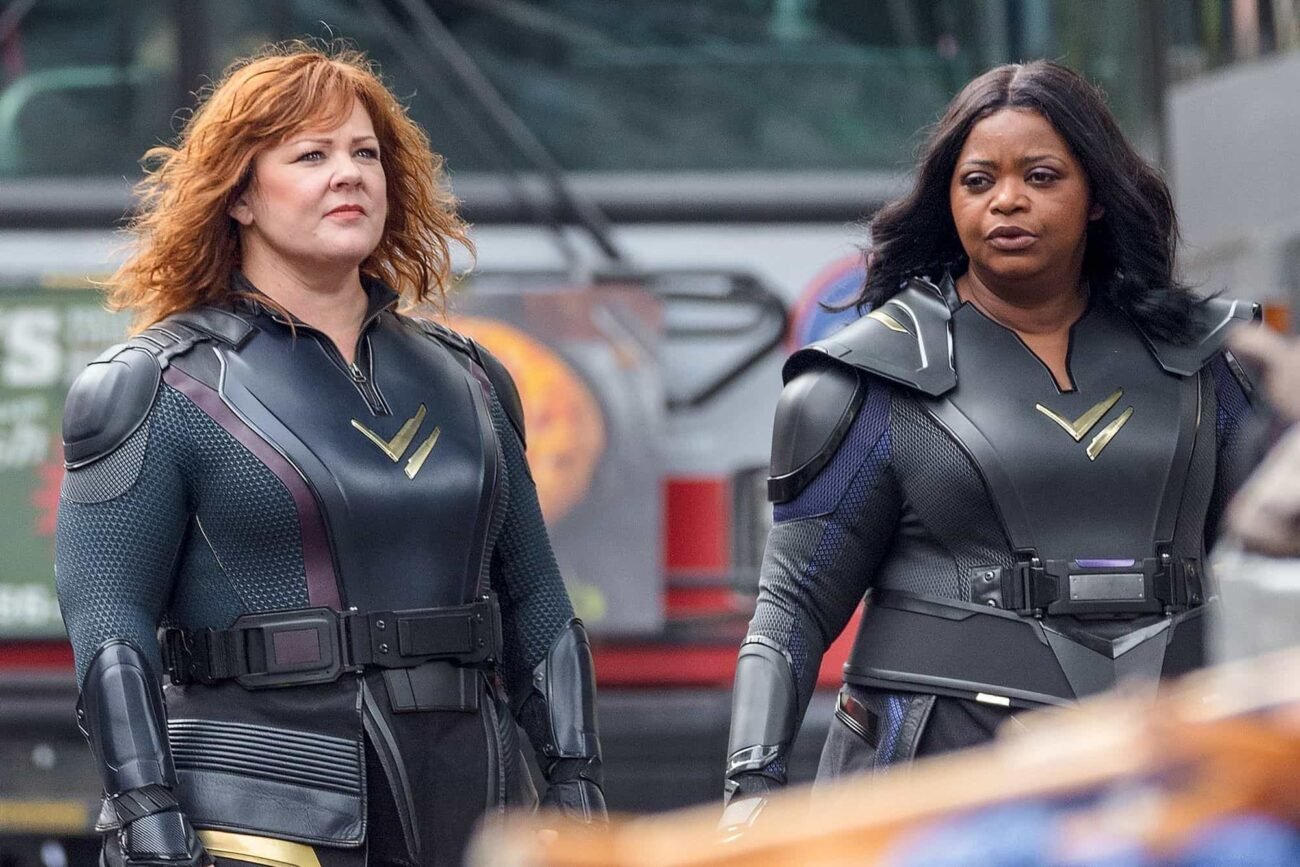 There are two things Melissa McCarthy is well known for: being a fantastic comedian, and making movies that are, charitably speaking, beneath her. For every Bridesmaids or Can You Ever Forgive Me? in her filmography, there are plenty of projects like Tammy, Identity Thief, or The Boss in there as well. Now, the talented actress has jumped into the superhero movies genre with Netflix’s Thunder Force.

Unfortunately, the tepid reception to Thunder Force seems to put it under the “beneath Melissa McCarthy’s talent” column. Fortunately, there are plenty of other superhero movies worth checking out on Netflix – yes, even after Disney/Marvel took their toys away. Give one of these films a chance if Thunder Force didn’t do it for you.

(This list won’t include the absolute best superhero movies on Netflix right now – Batman Begins & The Dark Knight – because, for some reason, the platform doesn’t have The Dark Knight Rises available to stream. We wouldn’t want to point you toward an incomplete trilogy!) 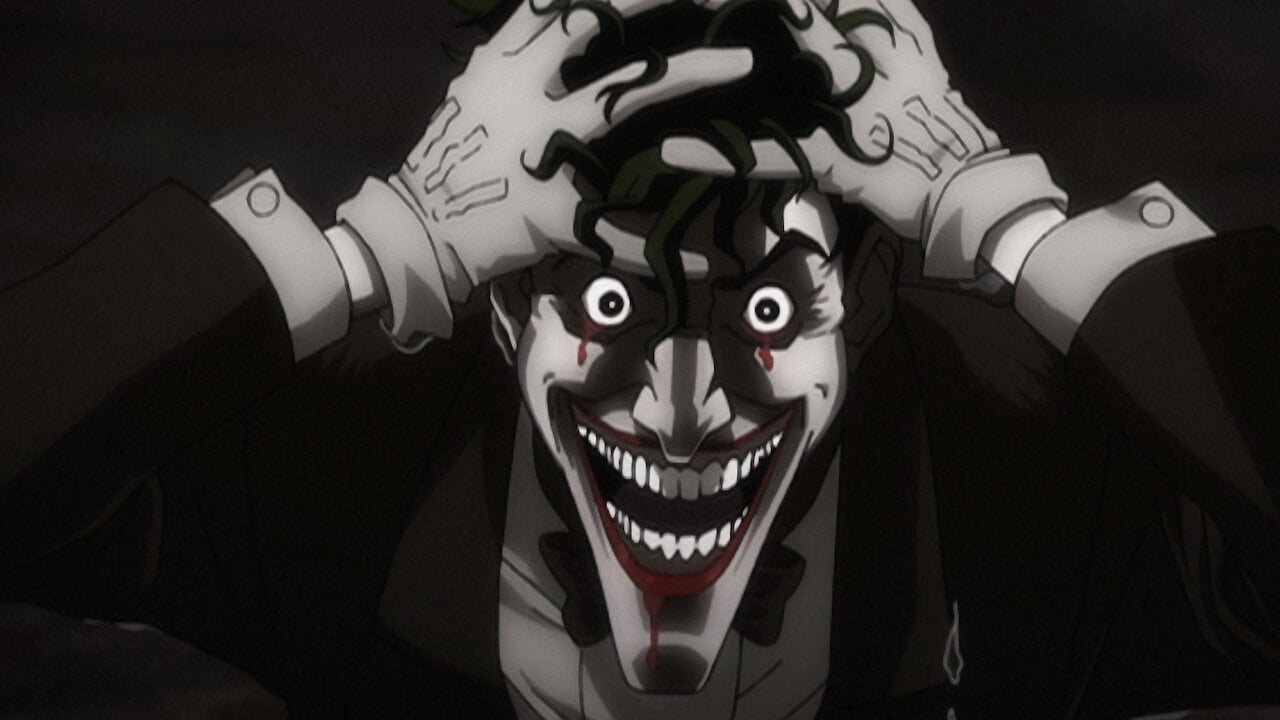 Opinions are divided regarding the first half of this animated adaptation of Alan Moore’s classic Batman story. The filmmakers basically added an entire Batgirl prequel that some see as a good way to flesh out the character and some see as completely unnecessary. Once you get to the second half of the movie, however, the story sticks to Moore’s graphic novel pretty faithfully, and it’s the better for it.

In what many consider the ultimate Batman/Joker tale, The Killing Joke gives us the villain as his most depraved (you’ll see), forcing Batman to question whether ending the Joker’s life would be justified or not. All this is interwoven with one of the most popular origin stories for Batman’s main foe – one that almost makes him sympathetic! 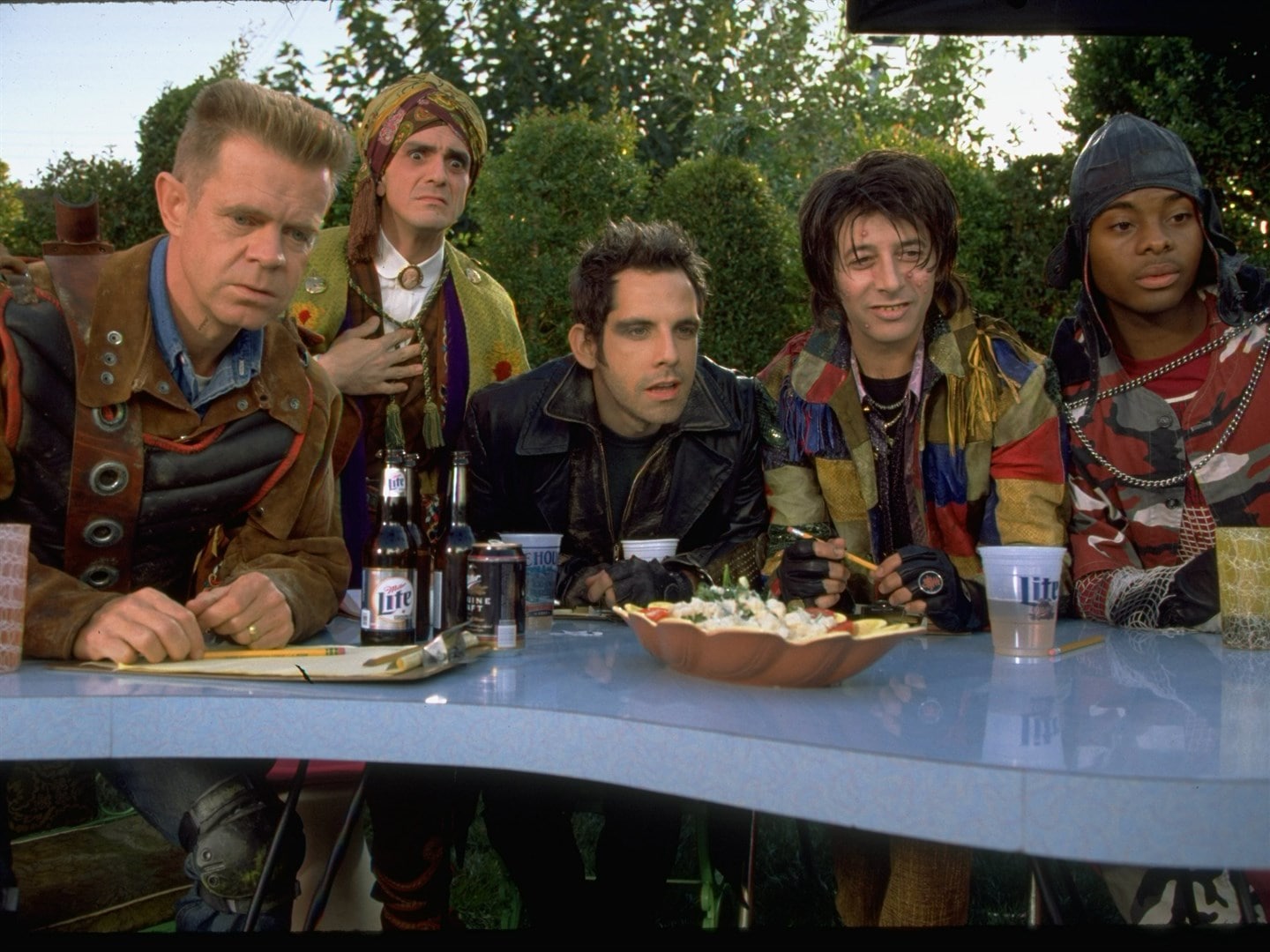 A send-up of superhero movies that also works as a superhero movie on its own, you could say Mystery Men was ahead of its time. The 1999 comedy is based on a cult comic book and premiered at a time when superhero movies weren’t the money-making pop-culture phenomenon they are today. As such, while Mystery Men received generally favorable reviews, it bombed hard at the box office.

The cast of Mystery Men is reason alone to check out the movie: Ben Stiller, William H. Macy, Hank Azaria, Janeane Garofalo, Greg Kinnear, Geoffrey Rush, Eddie Izzard . . . the who’s who of great comedians goes on & on. Watch it or William H. Macy will eat that sandwich! (You’ll get it later.) 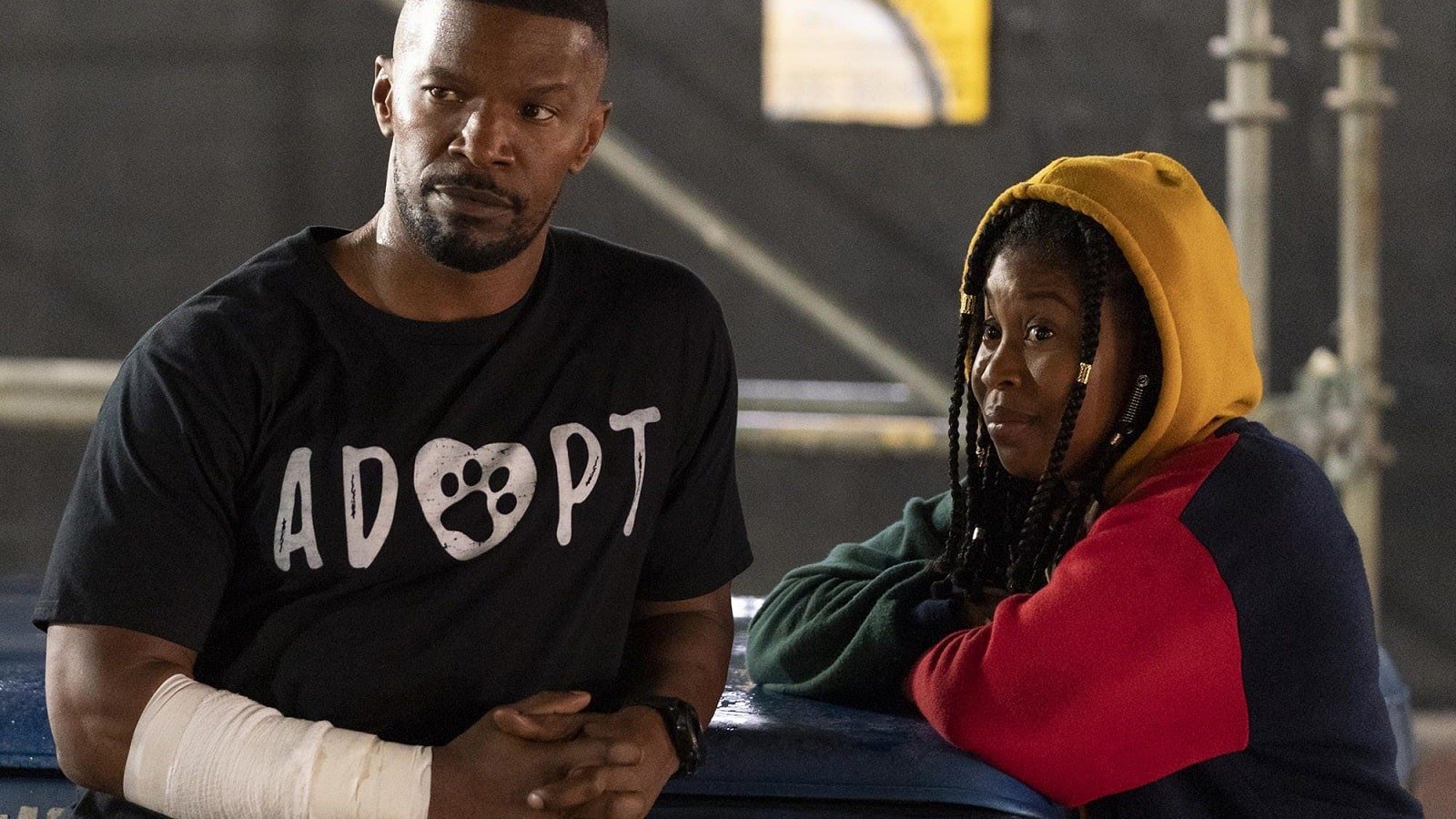 In 2020, Netflix threw its hat into the superhero movies ring with Project Power, a fresh entry into the genre. The film features a clever premise: it takes place in a world where a mysterious supply of pills grant people superpowers. The catch? You don’t know what the powers will be and the effects only last five minutes at a time.

Project Power stars Jamie Foxx & Joseph Gordon-Levitt, two established Hollywood A-listers, as well as a fresher face: Dominique Fishback, who would go on to wow audiences with her performance in this year’s Judas and the Black Messiah.

Fully capitalizing on the emerging “Charlize Theron kicking butt” trend from the last few years, The Old Guard showcases the versatile actress’s action chops in another fantastical adventure. Theron plays the leader of a group of immortal mercenaries who’ve been around for centuries and suddenly find themselves being hunted by a mysterious corporation.

Based on a comic book of the same name, The Old Guard seems set up to start a franchise, as Theron’s story (and those of her allies & enemies) is far from over by the time the end credits roll. Given the mostly enthusiastic reactions to this opening installment, there’s a good chance we’ll get more in the future. 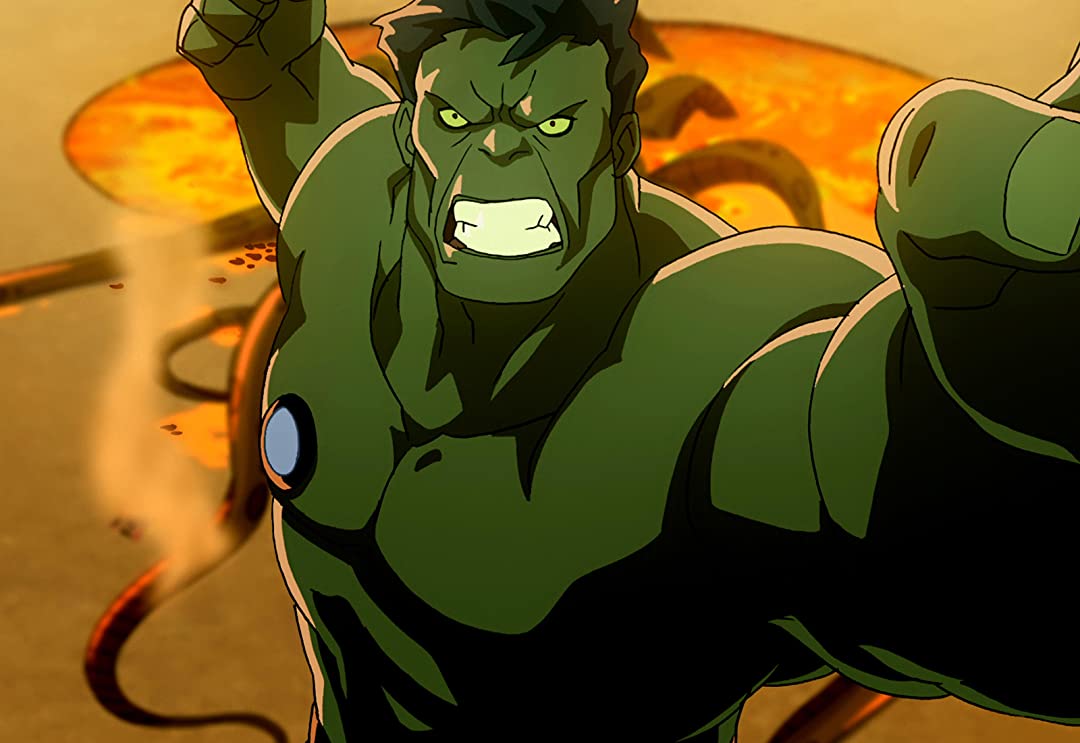 Not all Marvel-related content is gone from Netflix. The platform still carries a bunch of Marvel’s animated series from before the MCU became an all-consuming beast. Planet Hulk is one of the most entertaining entries, following the green-skinned hero in his adventures after he’s been exiled from Earth. Hulk ends up on an alien planet where he’s enslaved and forced to fight against other creatures in a coliseum.

Sounds familiar? Of course it does! (Unless you haven’t seen Thor: Ragnarok.) The third Thor movie took some elements from the original Planet Hulk story – published in comic book form back in 2006 – and gave us that delightful Thor versus Hulk coliseum battle advertised in every Thor: Ragnarok trailer. 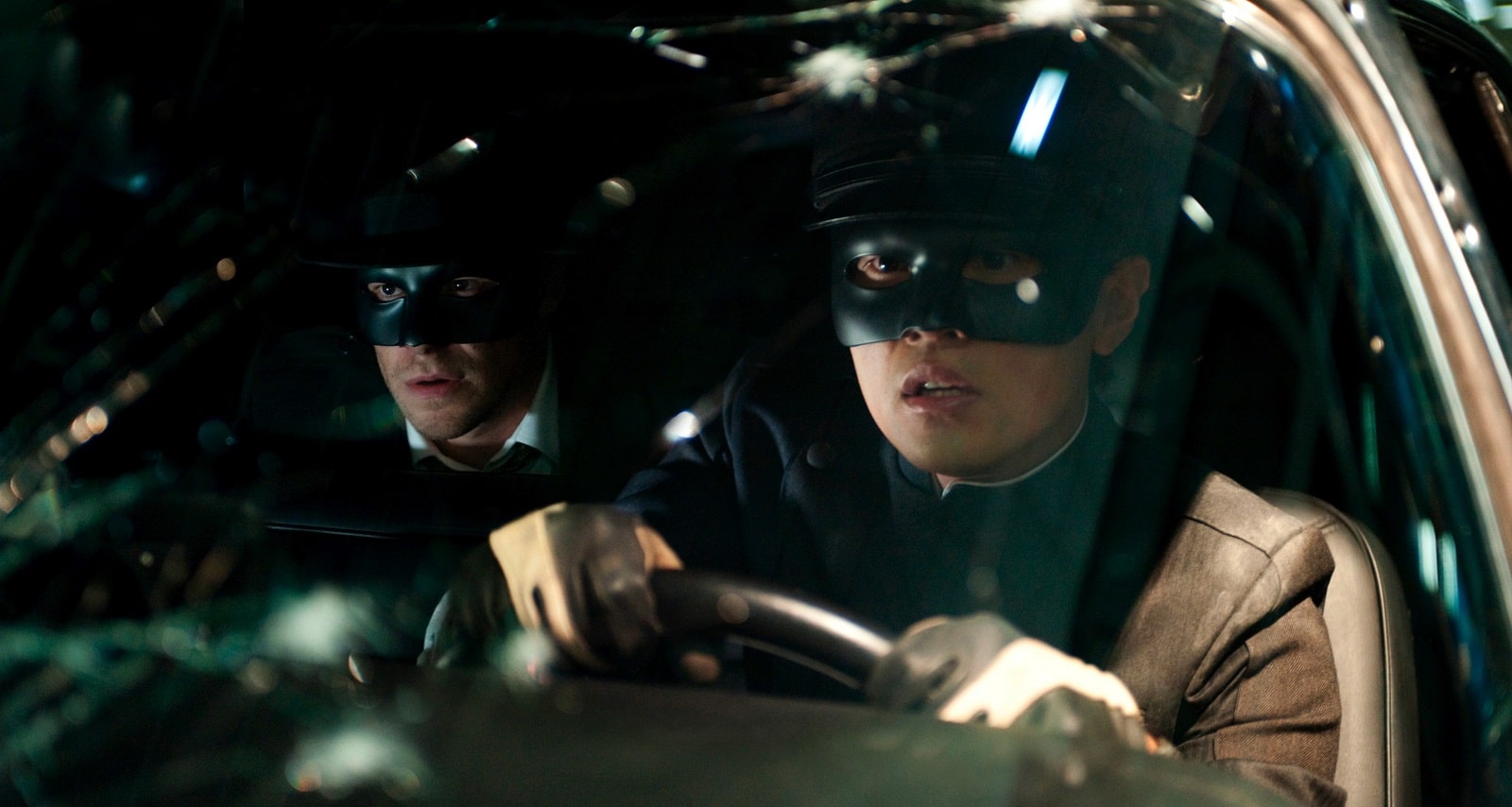 Let’s finish up with one of the least traditional superhero movies out there. Seth Rogen as a costumed vigilante? Hey, stranger things have happened. And this adaptation of the old Green Hornet property doesn’t shy away from oddness – in fact, it doubles down on it (it was even released on IMAX 3D!).

The Green Hornet is kind of a weirdo version of Batman, in that he’s also a millionaire playing dress-up to fight crime, sidekick included. Instead of a child acrobat, however, The Green Hornet has Kato, a deadly martial artist. Also worth noting: the duo poses as criminals in order to bring evil down from within. It’s all very quirky, but you knew that from the moment you read “Seth Rogen as a costumed vigilante”.

Are there any other superhero movies on Netflix you’d like to recommend? Let us know in the comments!