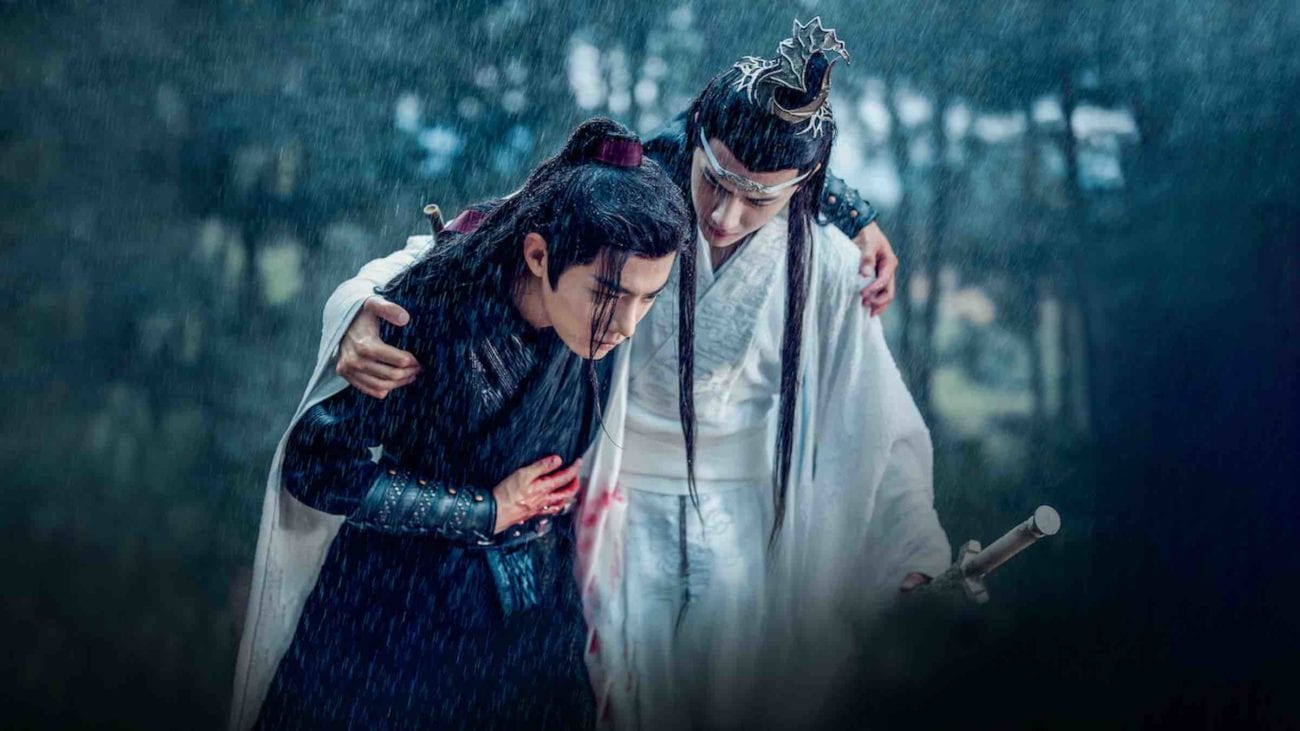 ‘The Untamed’: Everything you need to know about Mo Xuanyu

Those just starting out with The Untamed may find themselves in a state of equal parts enamored and equal parts confused. For those that don’t know what we’re talking about, The Untamed is a Chinese fantasy and drama series adapted from the novel entitled Grandmaster of Demonic Cultivation (Mo Dao Zu Shi) written by Mo Xiang Tong Xiu.

One’s instant captivation comes from the show’s beauty. The actors, the set, the costumes – it’s all just simply stunning to watch. For some though, at least initially, there are moments of head scratching confusion. For those unfamiliar with Chinese culture, or the source material might be overwhelmed by all the names, the subtitles, and the fantasy lore that exists. 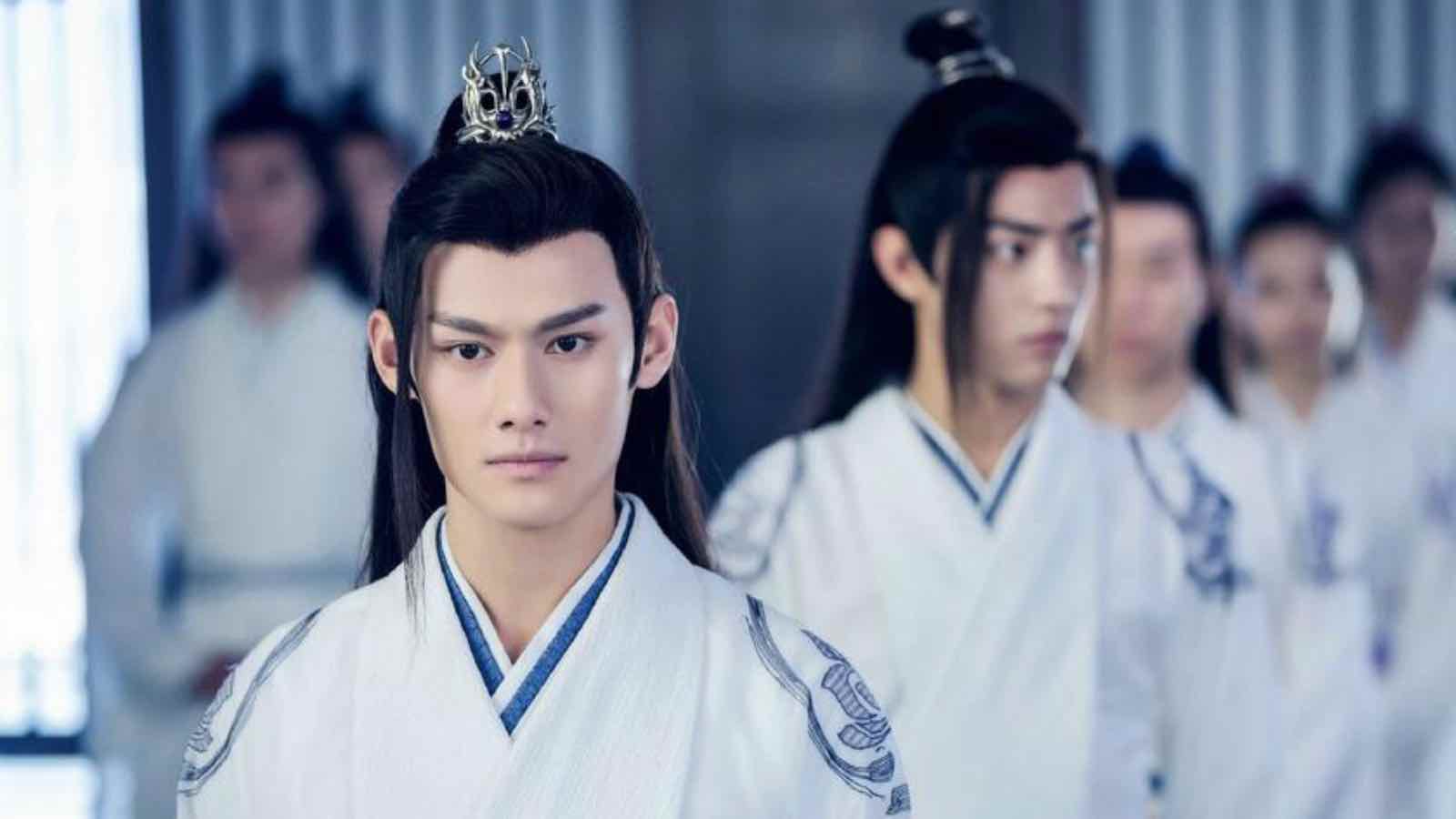 However, a lot of the initial confusion in the first two episodes centers around Mo Xuanyu (Xiao Zhan) & Wei Wuxian (also played by Xiao Zhan). Here’s why: Mo Xuanyu, as himself, never actually appears in the show. Wei Wuxian is resurrected in Mo Xuanyu’s body after viewers watch Wei Wuxian die in the opening scene.

This is confusing because when Wei Wuxian is resurrected in Mo Xuanyo’s body, the actor doesn’t change. Xiao Zhan, who viewers see plunge off a cliff to his death as Wei Wuxian, wakes up as Wei Wuxian in Mo Xuanyu’s body. It could potentially take those who are totally new to the story some time to work this out, as the clues surrounding this change are subtle.

So if he never actually appears in the show as himself, why is this guy so important to grasping the plotline of the story? Come with us as we teach you everything you need to know about Mo Xuanyu. 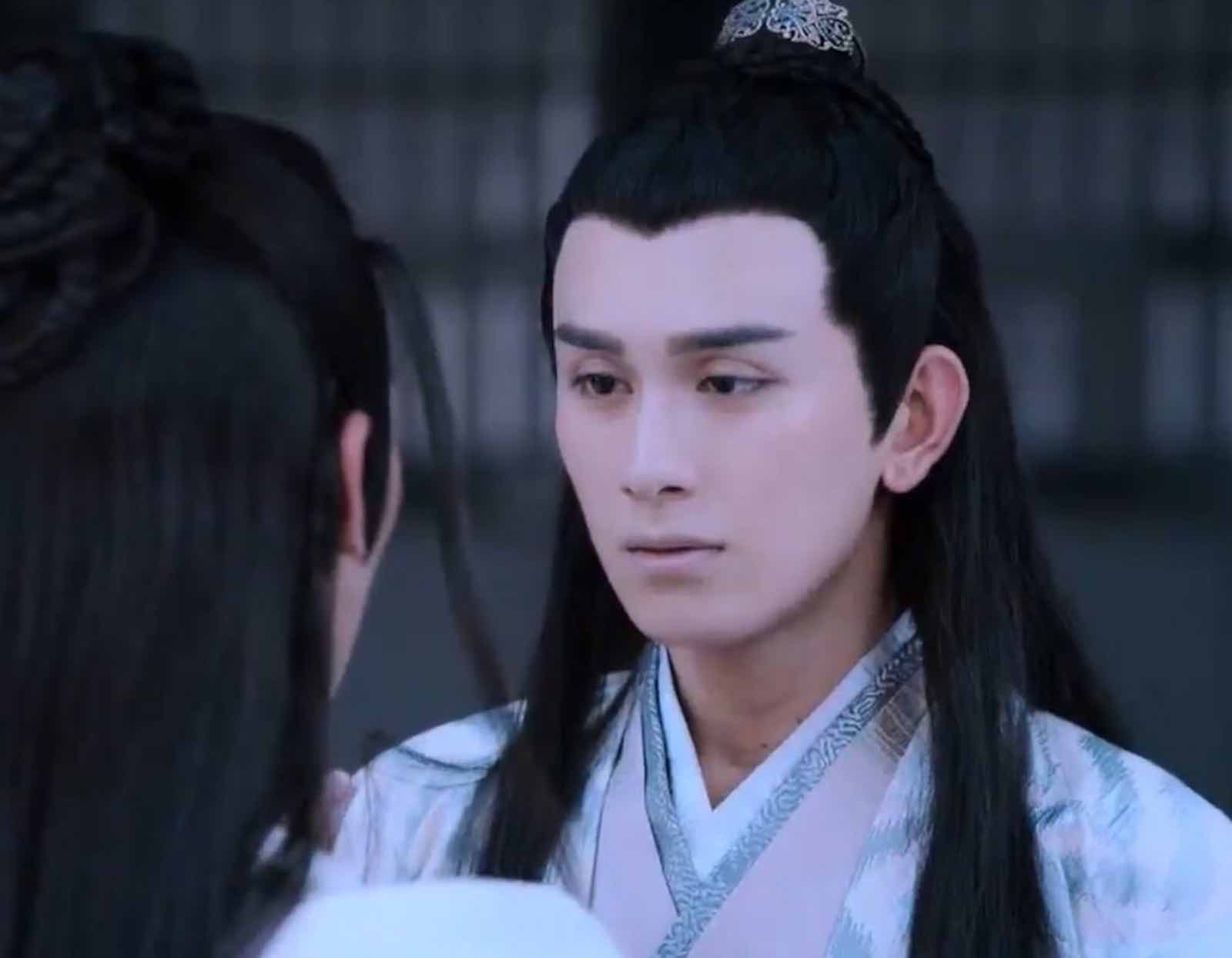 Like Jin Guangyao (Zhu Zan Jin), Mo Xuanyu is one of Jin Guangshan’s (Shen Xiao Hai) illegitimate sons. While it isn’t made clear in the show, the source material states that Jin Guangshan broke off the affair with Mo Xuanyu’s mother when he was four years old.

As he grew up, he earned himself quite a reputation in the cultivation community as somewhat of a lunatic. He was known within the community to be outwardly homosexual & developed quite a fascination with demonic cultivation. His family treated him poorly over the years & he suffered much verbal & physical abuse. Eventually, Mo Xuanyu had a complete breakdown.

Elements of this are suggested in the show, but his history is never explicitly outlined in such detail.  Eventually, completely tired of the abuse from his family, Mo Xuanyu summons Wei Wuxian into his own body in exchange for enacting revenge on his family. We say exchange loosely here, as Wei Wuxian, who had been dead for the last 16 years, had absolutely no say in the resurrection whatsoever. 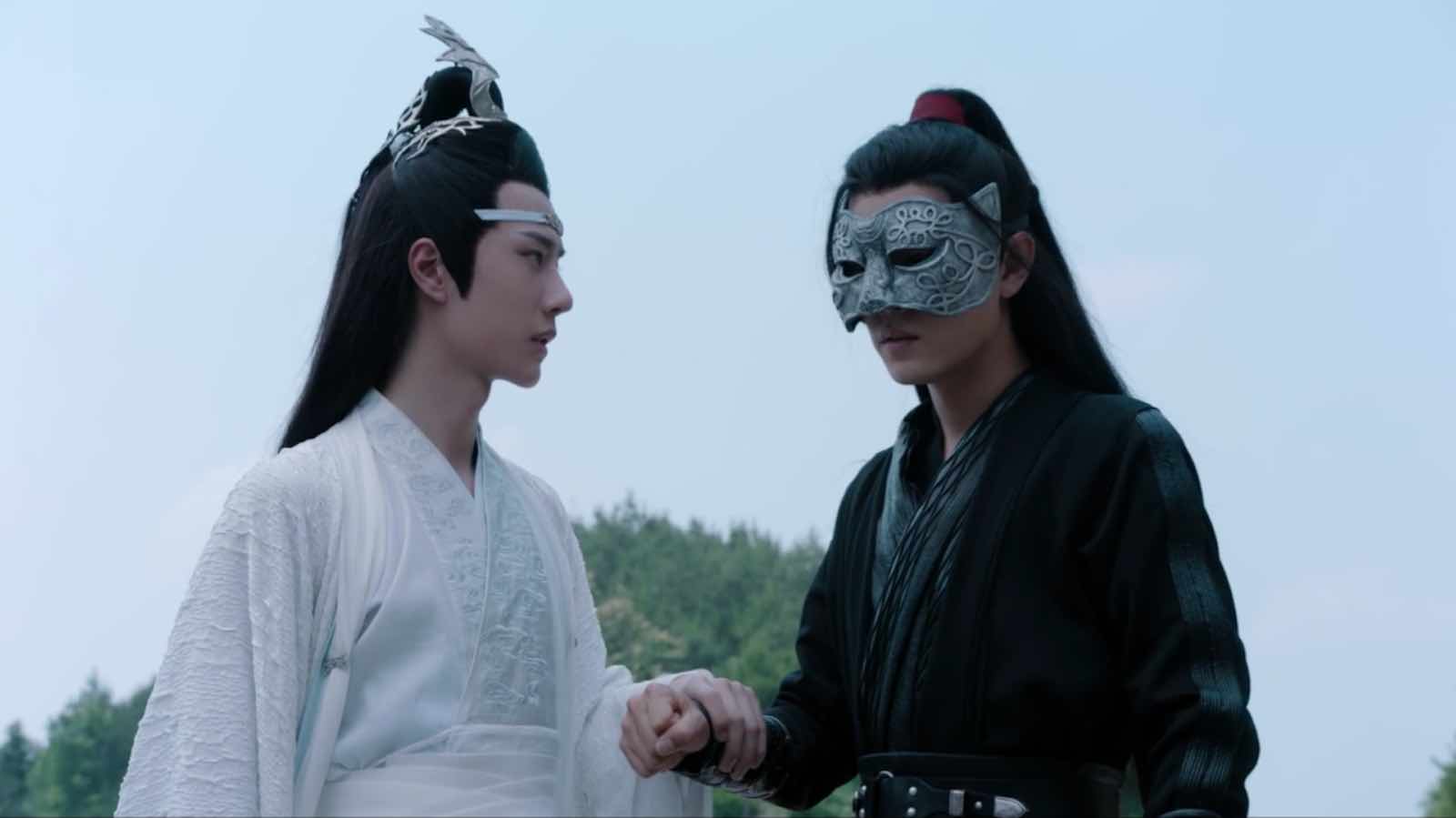 In the show, we never get to see Mo Xuanyu’s original face, or his body, so we’ll never really know what he looks like. However, in the source material, Wei Wuxian makes a comment in chapter two that he thinks Mo Xuanyu has a nice looking face.

There is one signature thing Mo Xuanyu did in the source material that did make it into the show, even though we never actually get to physically see it. In the source material, Mo Xuanyu would often paint his face white and rouge his cheeks with the intention of making himself appear ghostlike. This is part of the reason why people thought he was a lunatic.

While Wei Wuxian never does this after he is resurrected in Mo Xuanyu’s body, several characters mention it around him and question why his face isn’t painted. These comments clearly pay homage to this aspect of Mo Xuanyu’s character in the novel.

In the show, when Wei Wuxian wakes up in Mo Xuanyu’s body, there is a mask next to his bed. He uses the mask to disguise his true identity, and because the people around him thought he was relatively nuts, no one really questions this decision. It becomes his signature garment for most of the show. 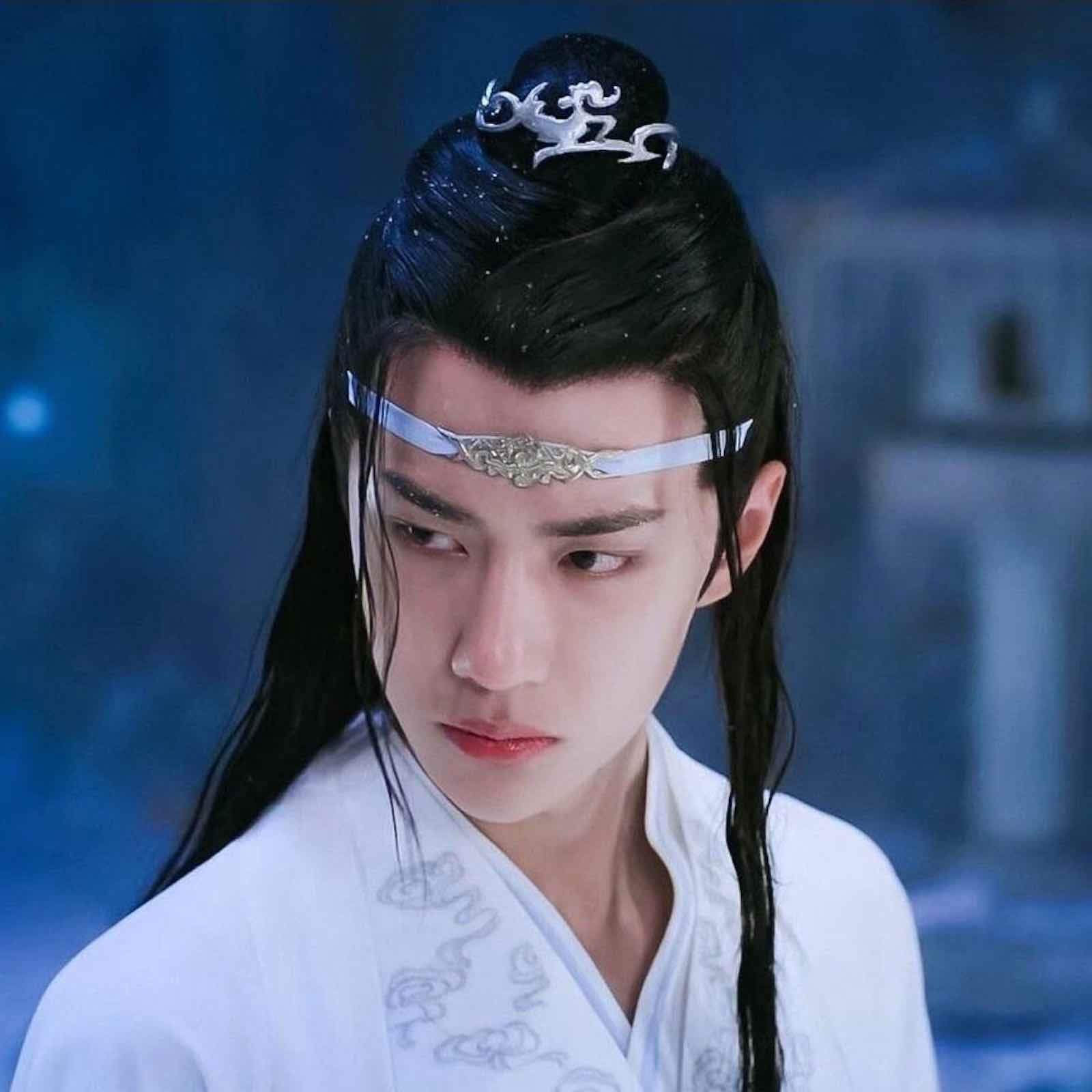 Although not considered to be actually crazy, like Mo Xuanyu was, Wei Wuxian is considered to be somewhat rebellious and silly. During the time he spends at Cloud Recesses as a teenager he finds himself in trouble with the Lan clan leaders on multiple occasions.

His own brother, Jiang Cheng, thinks of him as something of a clown and has a hard time taking him seriously often. Some of his peers find this endearing, such as Nie Huang (fix name), and others find it annoying, such as Lan Wangji (initially, at least).

This could be seen as a parallel between the two characters because it seems that they were both naturally out of the ‘ordinary’. Neither of them ever seemed to fit the ‘perfect’ cultivator persona, possibly foreshadowing both of their downfalls from the get-go. 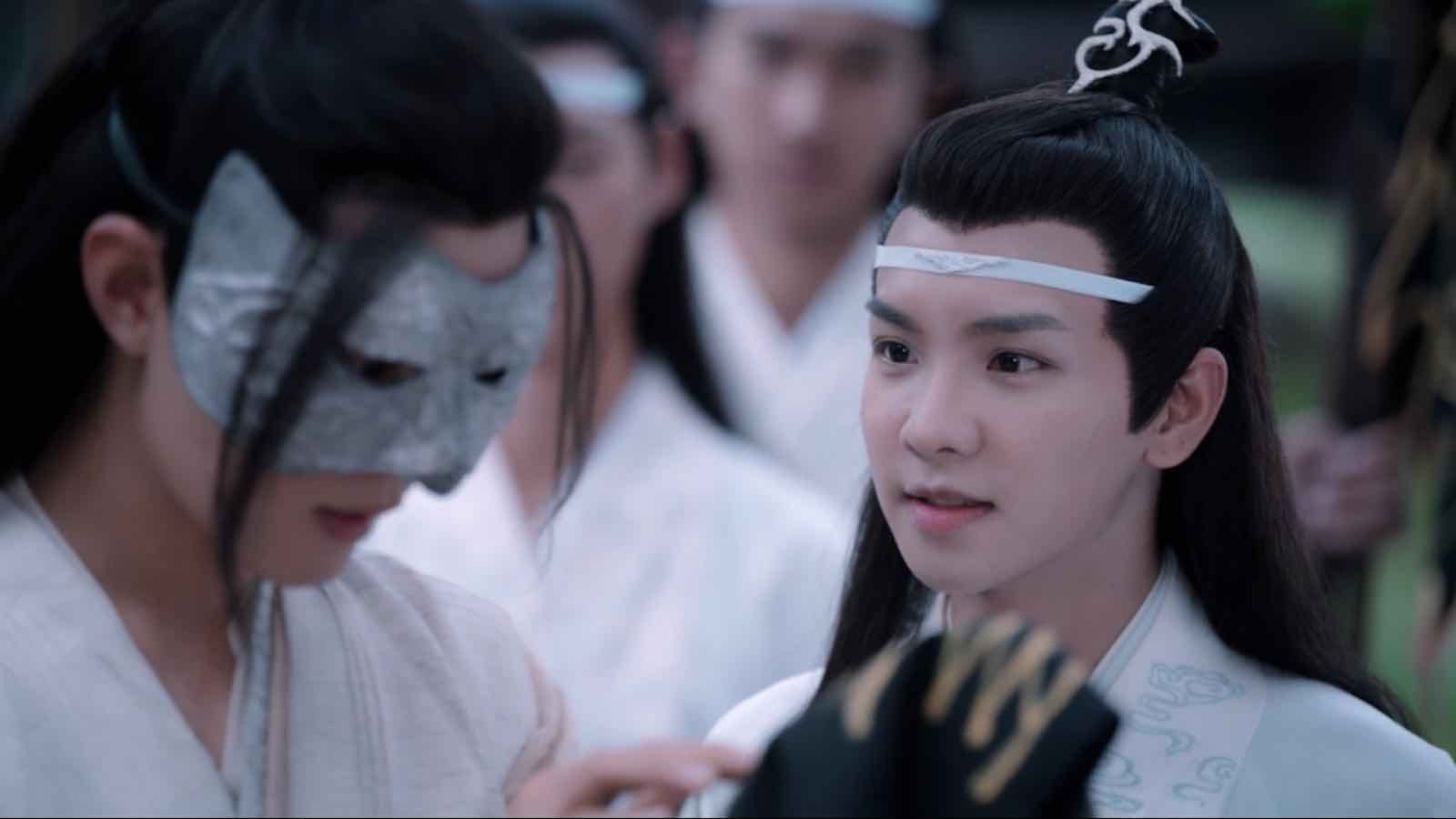 Additionally, in the source material, Mo Xuanyu developed quite a fascination with demonic cultivation. In the show, Wei Wuxian ends up on the same path. Although their intentions surrounding demonic cultivation could be argued as different, the fact remains that they both dabbled in it.

It could be argued that Mo Xuanyu actually chose Wei Wuxian for the task of enacting revenge on his family because of these two glaringly obvious parallels between both their characters. 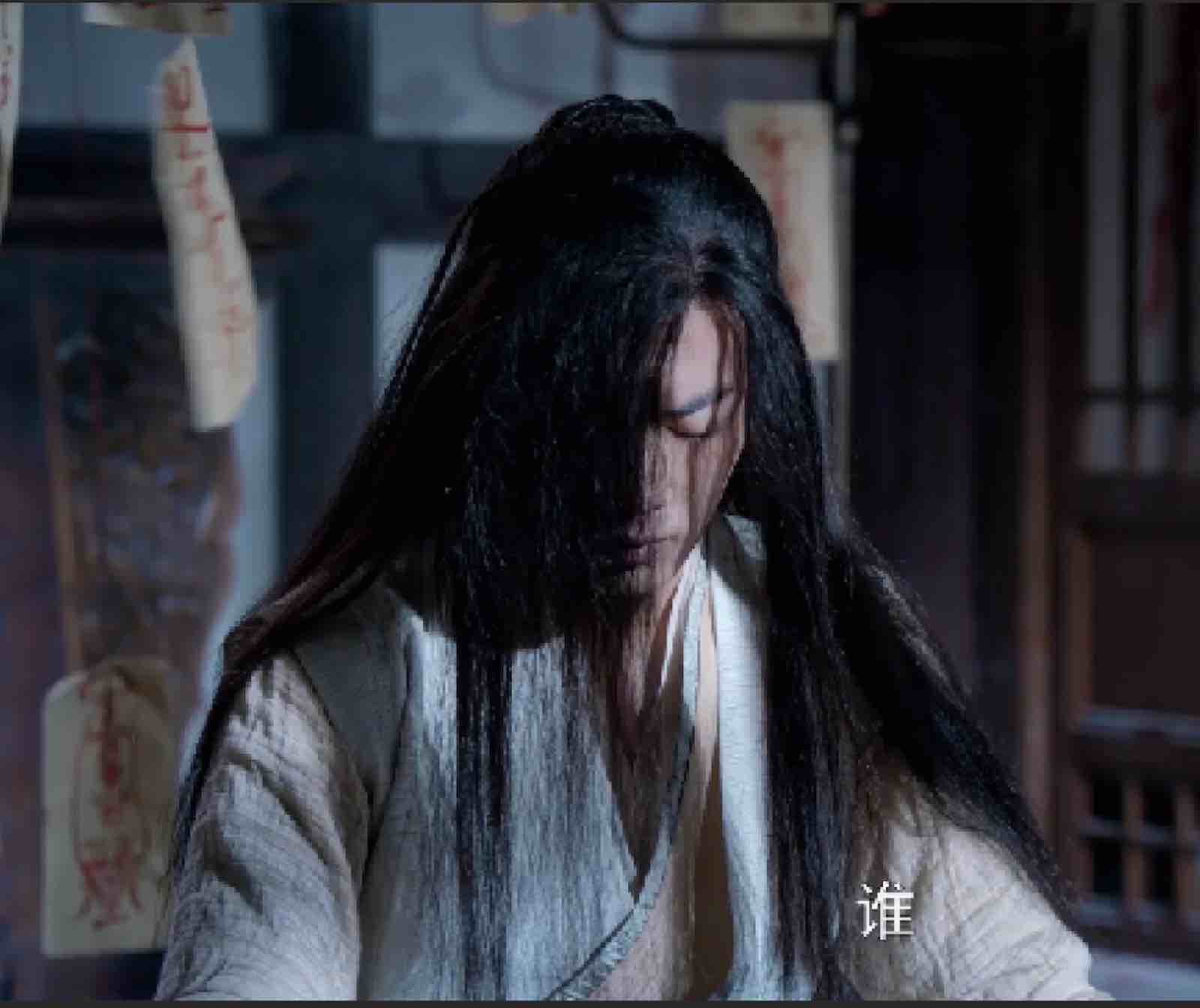 The source material also reveals that both characters are of the gay persuasion. Wei Wuxian is clearly into Lan Wangji, while Mo Xuanyu, unfortunately, developed feelings for his brother. It is unclear if this played a factor in Mo Xuanyu’s choice for resurrecting Wei Wuxian, or not.

Understanding the connections between these two characters is crucial to making it out of the first couple of episodes confusion-free. Did you watch and feel like you were missing something? We challenge you to go back now that you’re armed with this information and try again. Drop a comment and let us know if it makes a difference to your viewing experience!