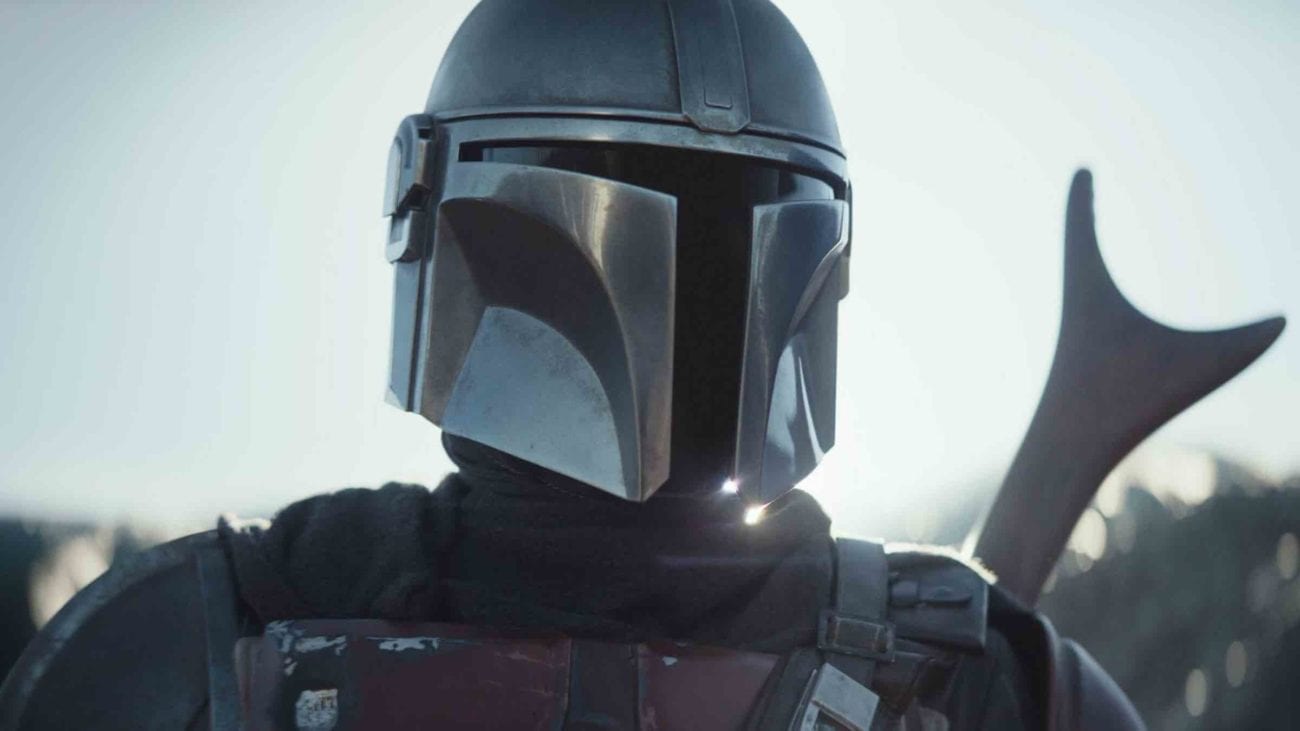 In the biggest non-surprise of 2019, The Mandalorian blew up Twitter after its debut on Disney+. Whether it was people tweeting about the show, or people complaining because they couldn’t watch it due to Disney+ having server issues, The Mandalorian started trending the minute Disney+ dropped.

We’ve gathered up some of the hottest reactions to The Mandalorian from those who binged it right at launch time, to those who are struggling to not pirate the show due to lack of availability. This goes without saying, but mild spoilers for season 1 are below! 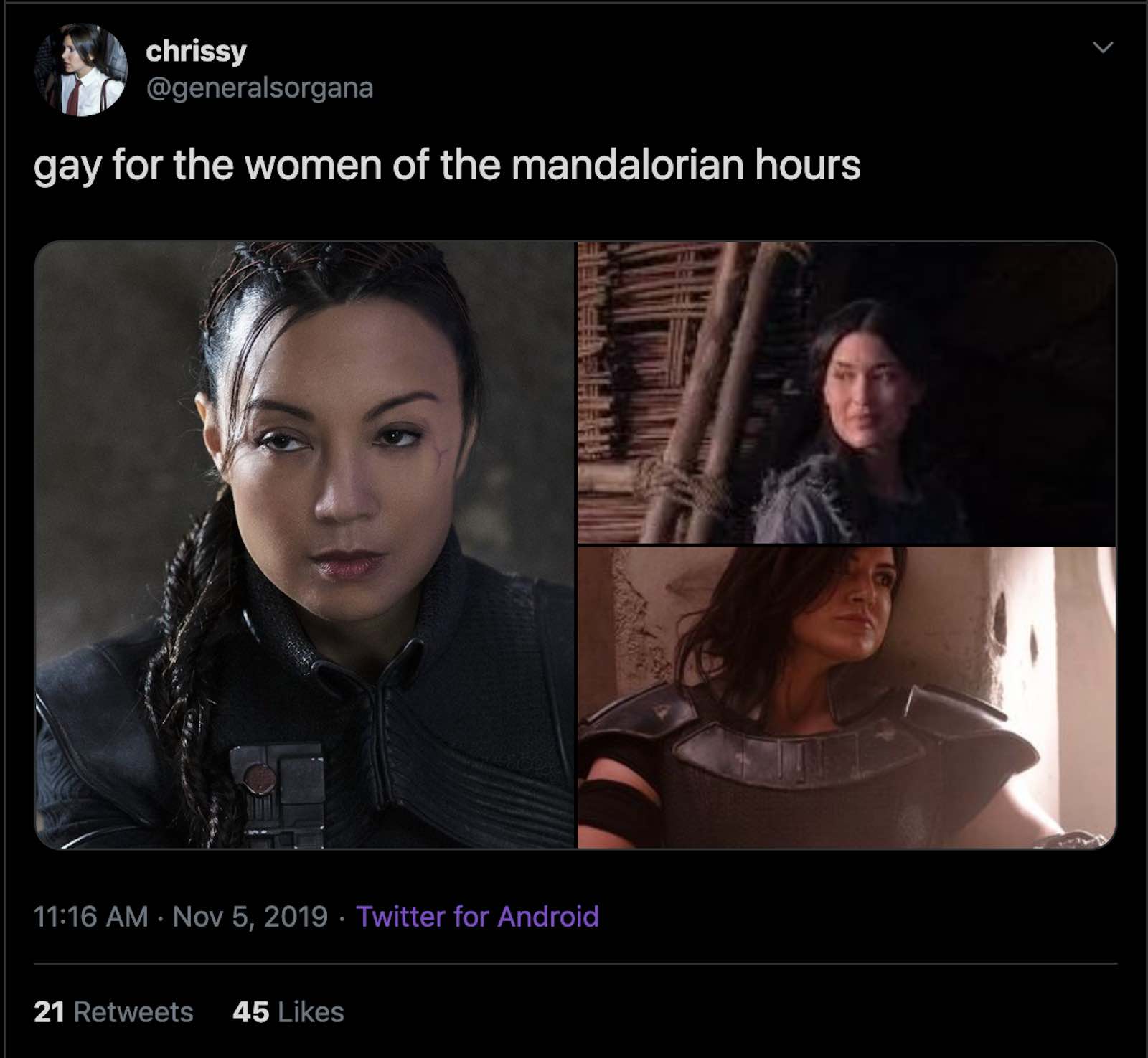 Whether you’re more into Gina Carano, Ming-Na Wen, or Emily Swallow, the women of The Mandalorian are kicking ass, taking names, and looking hot while doing it. 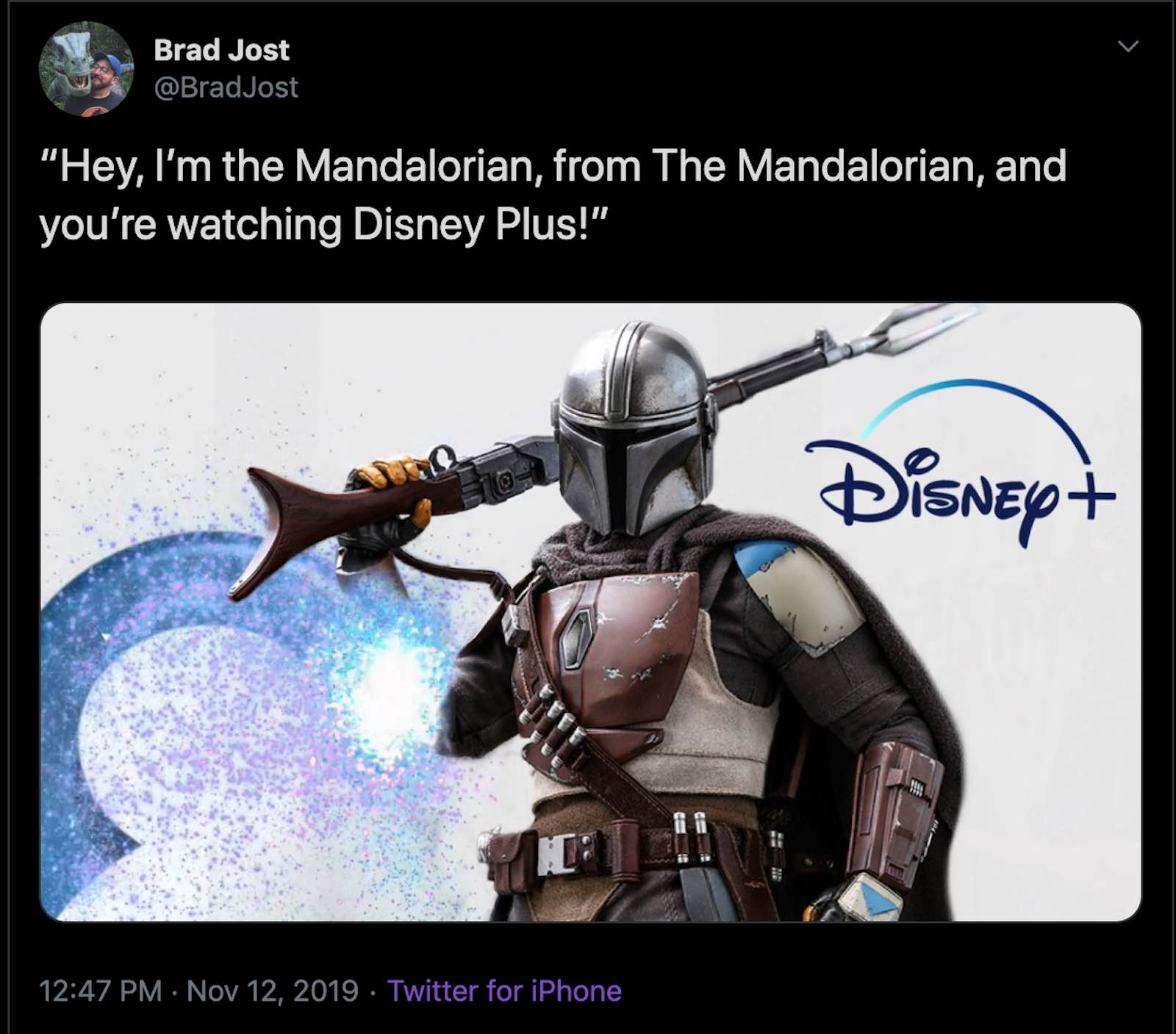 Realistically, the majority of people signing up for Disney+ are going after The Mandalorian. This was the show making the $6.99 a month worth it.

In a surprise to absolutely no one, the music in a Star Wars show is catchy. Ludwig Goransson is getting his fair share of love for the gorgeous score in episode one. 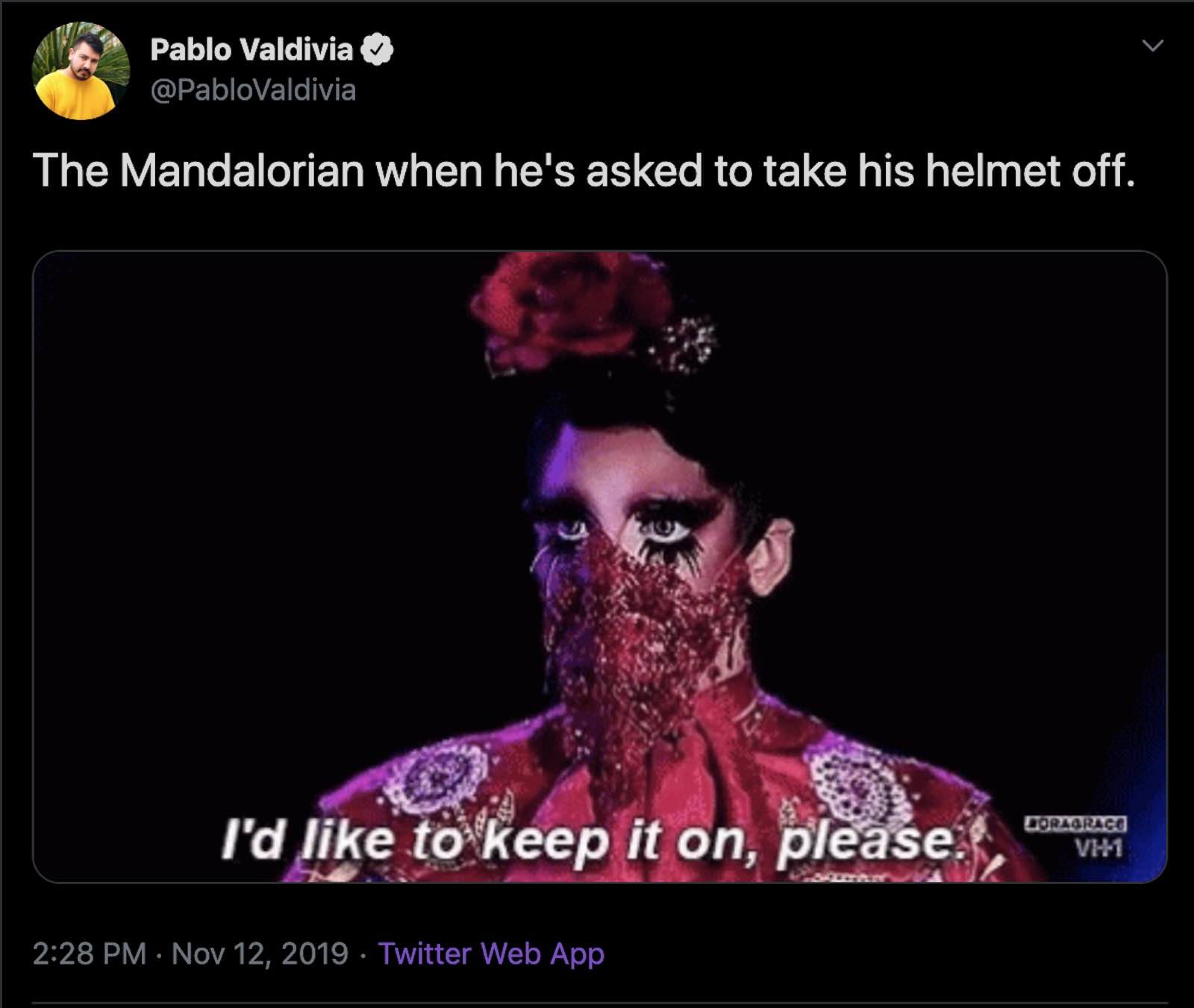 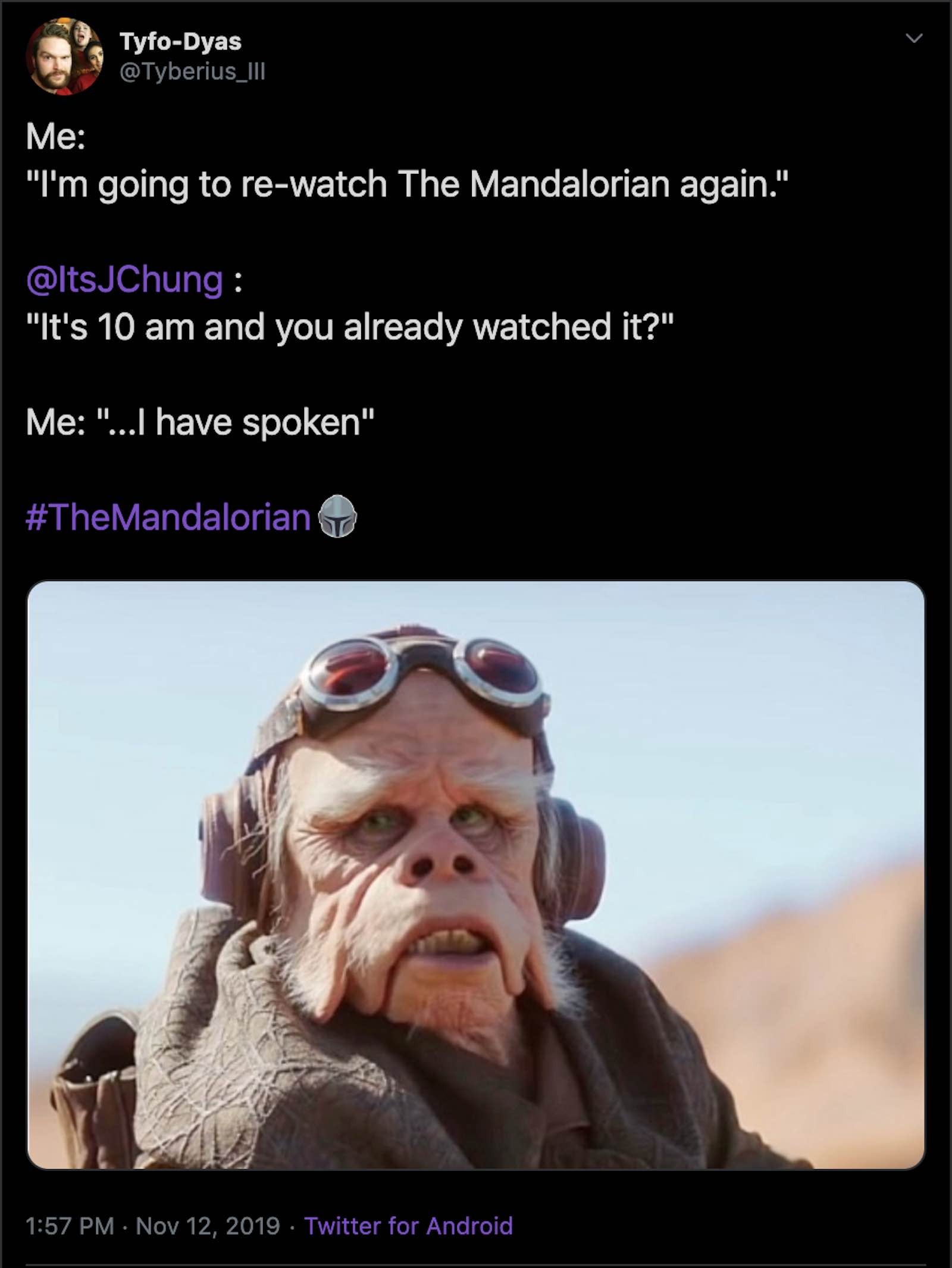 Diehard Star Wars fans dove straight into The Mandalorian at launch, and already want to watch it another 100 times. 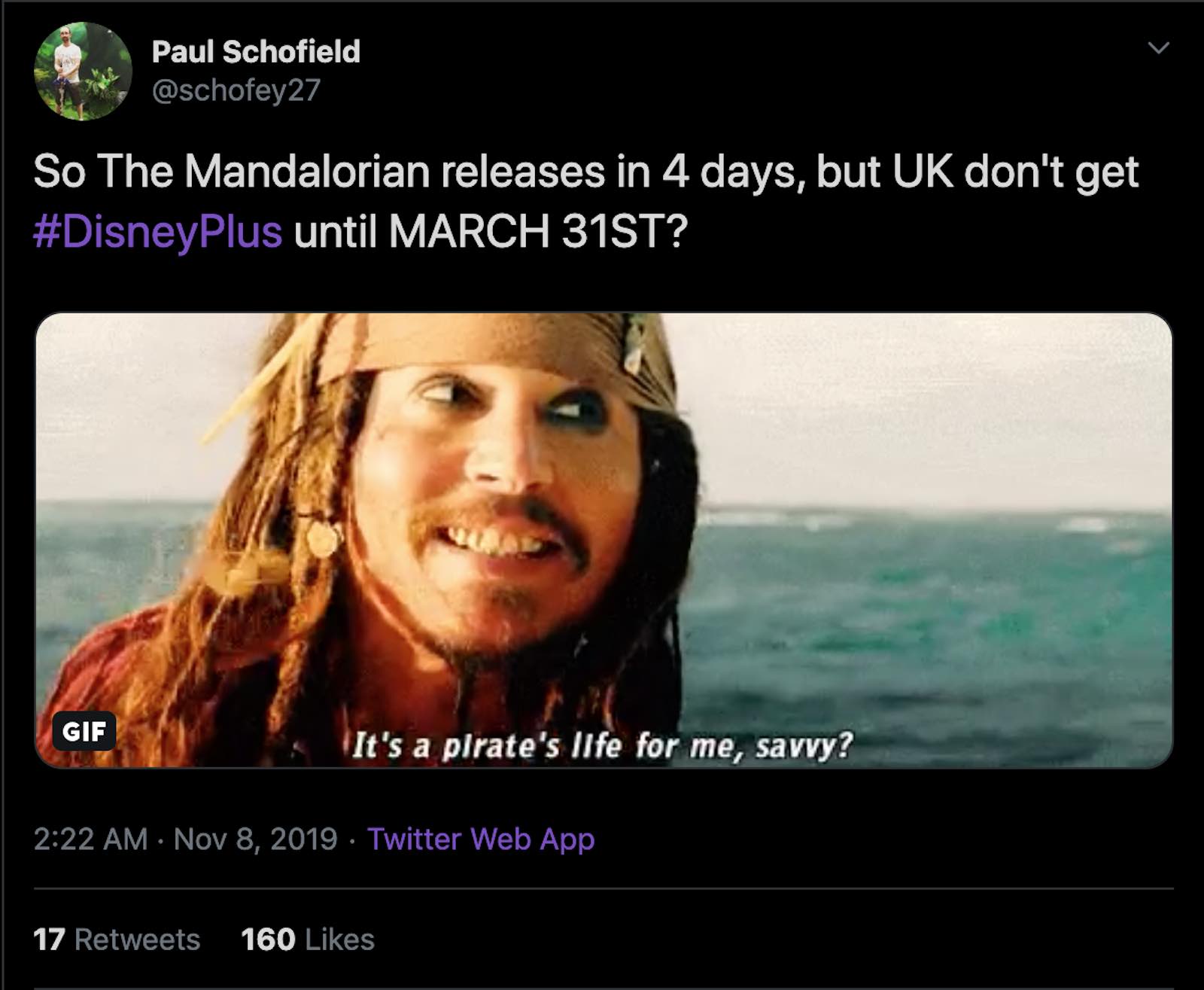 We here at Film Daily do not condone piracy, but we sympathize with our non-US readers dying to get their hands on The Mandalorian. 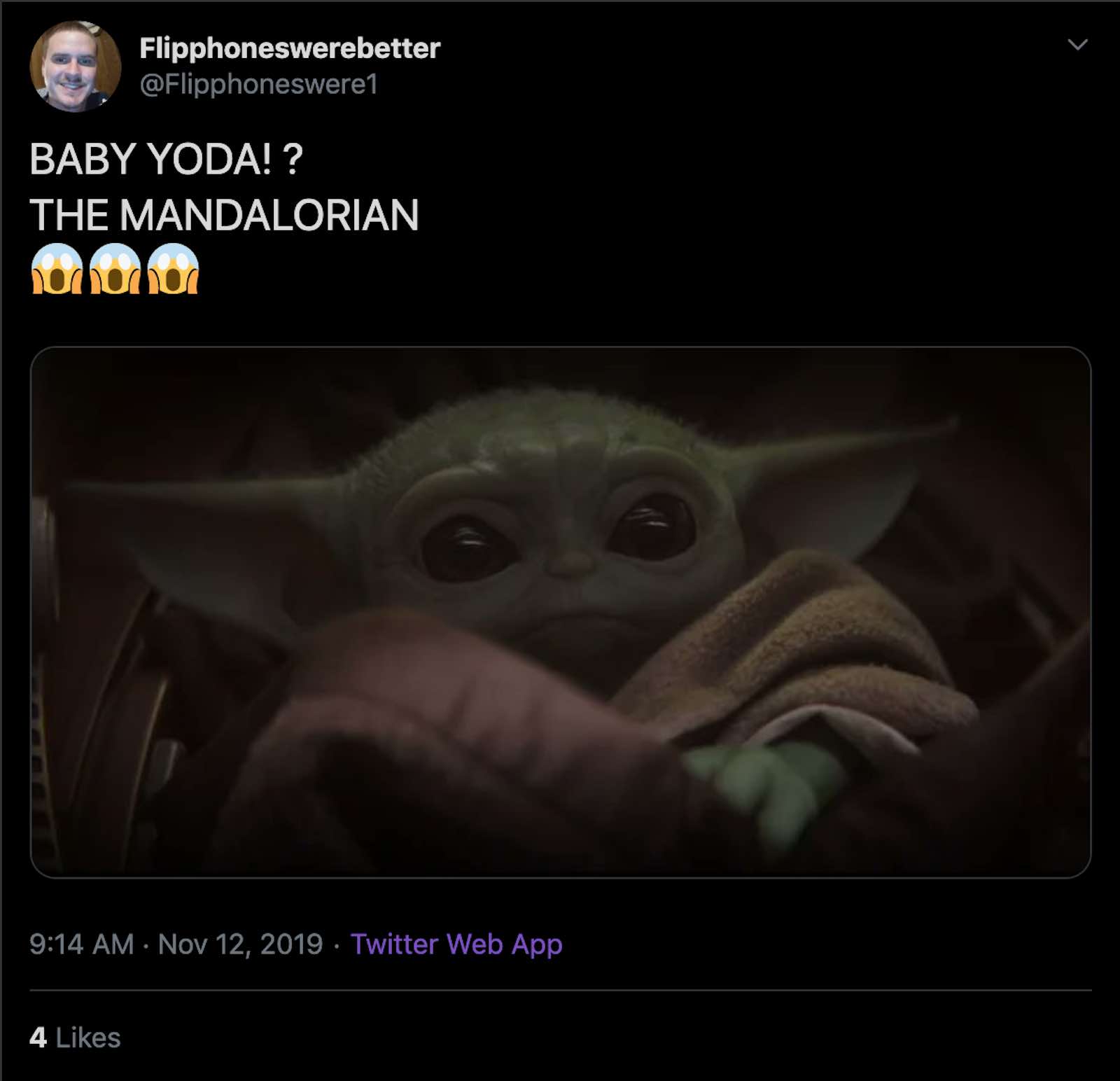 We especially understand when baby Yoda exists!! This is the cutest thing!!!! 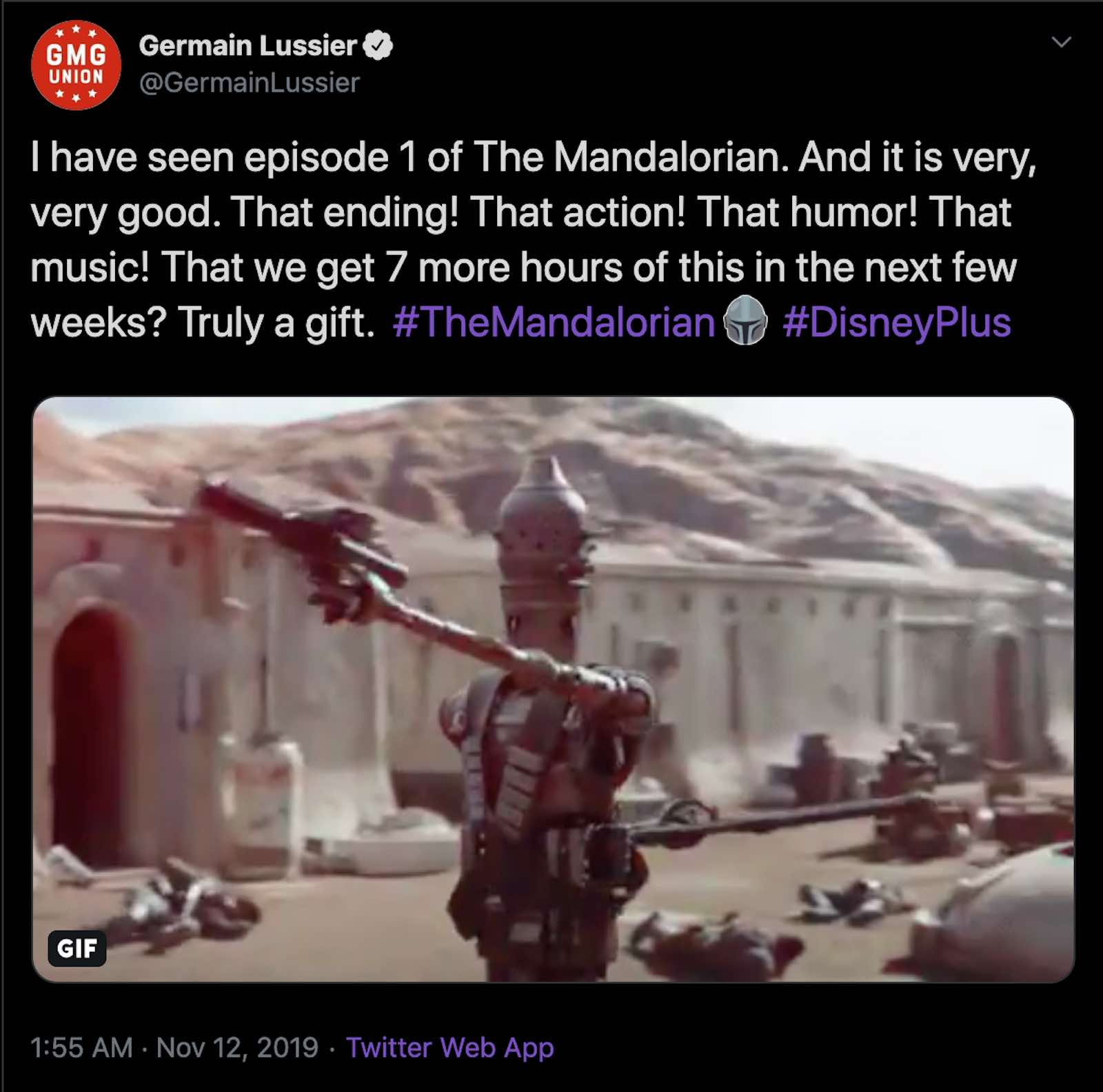 There is way too much to praise when it comes to The Mandalorian. The quality of the show is so strong, from the story, to the music, to the action, etc. 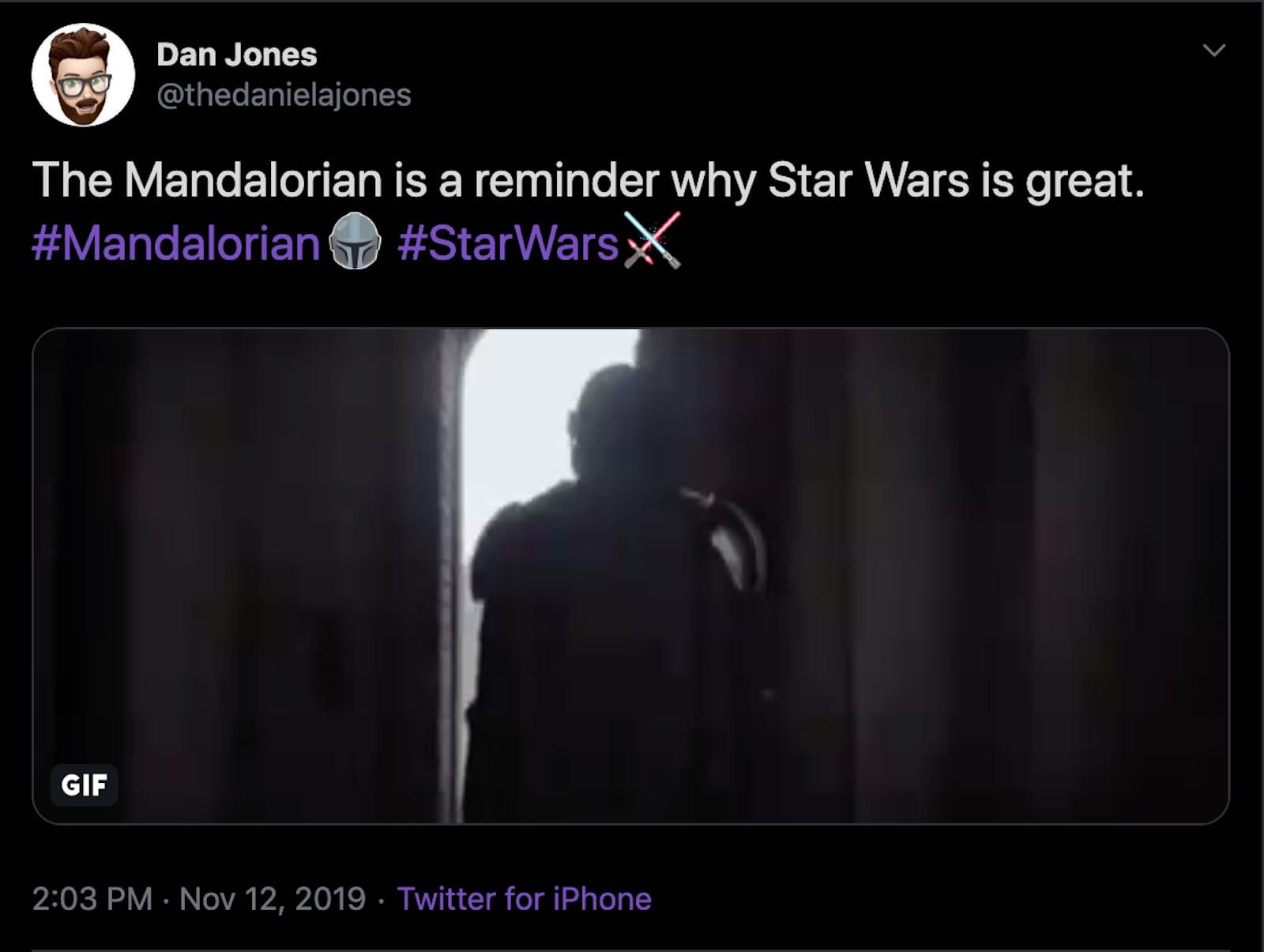 If you needed something to reinvigorate your faith in Disney’s Star Wars, The Mandalorian brings the franchise to new highs again. 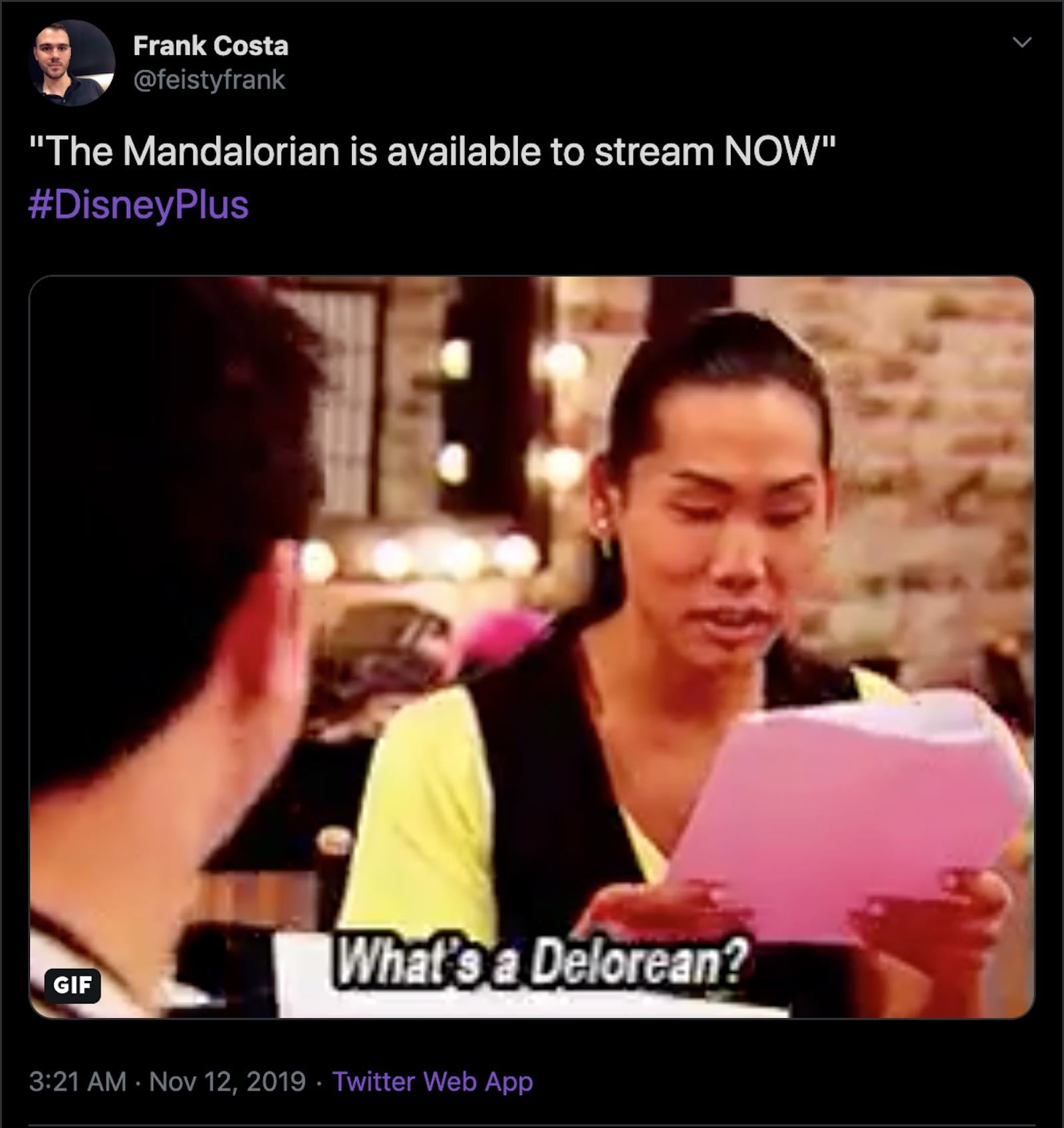 But keep in mind, not everyone is on board with Star Wars. And those people really need to use Disney+ to watch the original trilogy and get into Star Wars.

The anticipation for The Mandalorian season 2 was wildly intense. The show managed to surpass the platform’s high expectations and become the first universally adored piece of Star Wars content since the release of The Force Awakens in 2015.

The Mandalorian has performed so well for Disney+ that it has already been renewed for a third season. Showrunner Jon Favreau discussed the future of the show, as well as the setbacks caused by COVID-19, during an interview with Variety.

“We’re operating under the assumption that we’ll be able to go forward,” Favreau explained. “We’re in very small situations and oftentimes we have a lot of characters in masks. And we have a lot of digital work that augments things. So we’re a show that’s probably well-equipped to be flexible based on the protocols that are emerging surrounding work restarting.”

Favreau also spoke about the rich mythology of Star Wars and how the endless possibilities of George Lucas’s original trilogy allow him to take the show in different directions. He did not specify where the directions will be, but he did tease some unexpected turns along the way.

“I love the world of Star Wars because, on the one hand, there’s a familiarity with this sub-genre, but there’s also a tremendous amount of flexibility of which way you can go and genres you could explore within that sub-genre,” he asserted. “As we’re meeting new characters, and as we’re starting to hit our stride, from a production standpoint with how this technology can be used, we are beginning to explore where we could go.”