Who is Ahsoka? Find out about ‘The Mandalorian’ season 2 character

Star Wars fans were elated after rumors leaked about Ahsoka Tano appearing in live-action in The Mandalorian season 2. Then, news broke that Rosario Dawson had been cast to play Ahsoka in live-action and fans were ecstatic to see a fan-favorite character finally be portrayed in a non-animated environment.

In season 2, episode 5, Ahsoka finally made her debut in an epic fashion. The internet went wild with their praise for the episode and Dawson’s portrayal of the character. However, there are some viewers who may not understand all the hype behind the Ahsoka character as she has only appeared in the animated shows. Here’s what you need to know about Ahsoka Tano. 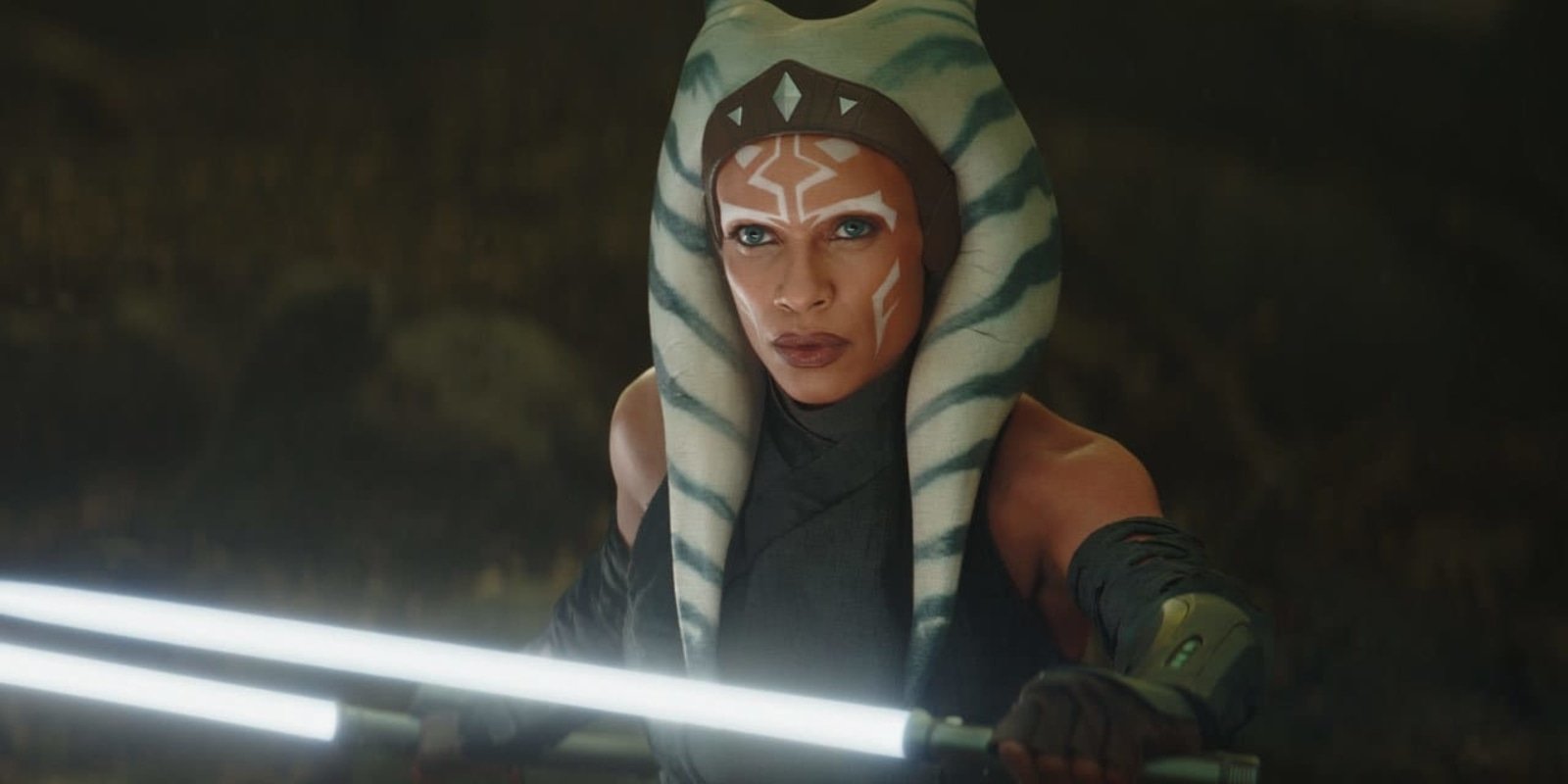 Ahsoka Tano made her first appearance in The Clone Wars animated film in 2008. She begins her path to become a Jedi as Anakin Skywalker’s padawan, who nicknamed her “snips.” Ahsoka, voiced by Ashley Eckstein, initially was disliked by both Star Wars fans & critics, but due to great writing & character development, became a fan-favorite throughout her journey in The Clone Wars animated series.

Ahsoka is a rather rebellious Jedi, often disobeying Anakin in order to do what she believes is right. She formed a close friendship with clone Captain Rex of the 501st legion. She has proved herself to be powerful, taking on the likes of General Grievous and Sith member Asajj Ventress.

In The Clone Wars season 5 finale, Ahsoka is framed by a fellow padawan for bombing the Jedi Temple hanger, murdering several civilians in the process. Under suspicion for these murders, Ahsoka is barred from the Jedi Order and made to stand trial for the crime. After she’s found innocent, the Jedi Order invites her back, to which she declines to search for a new path. 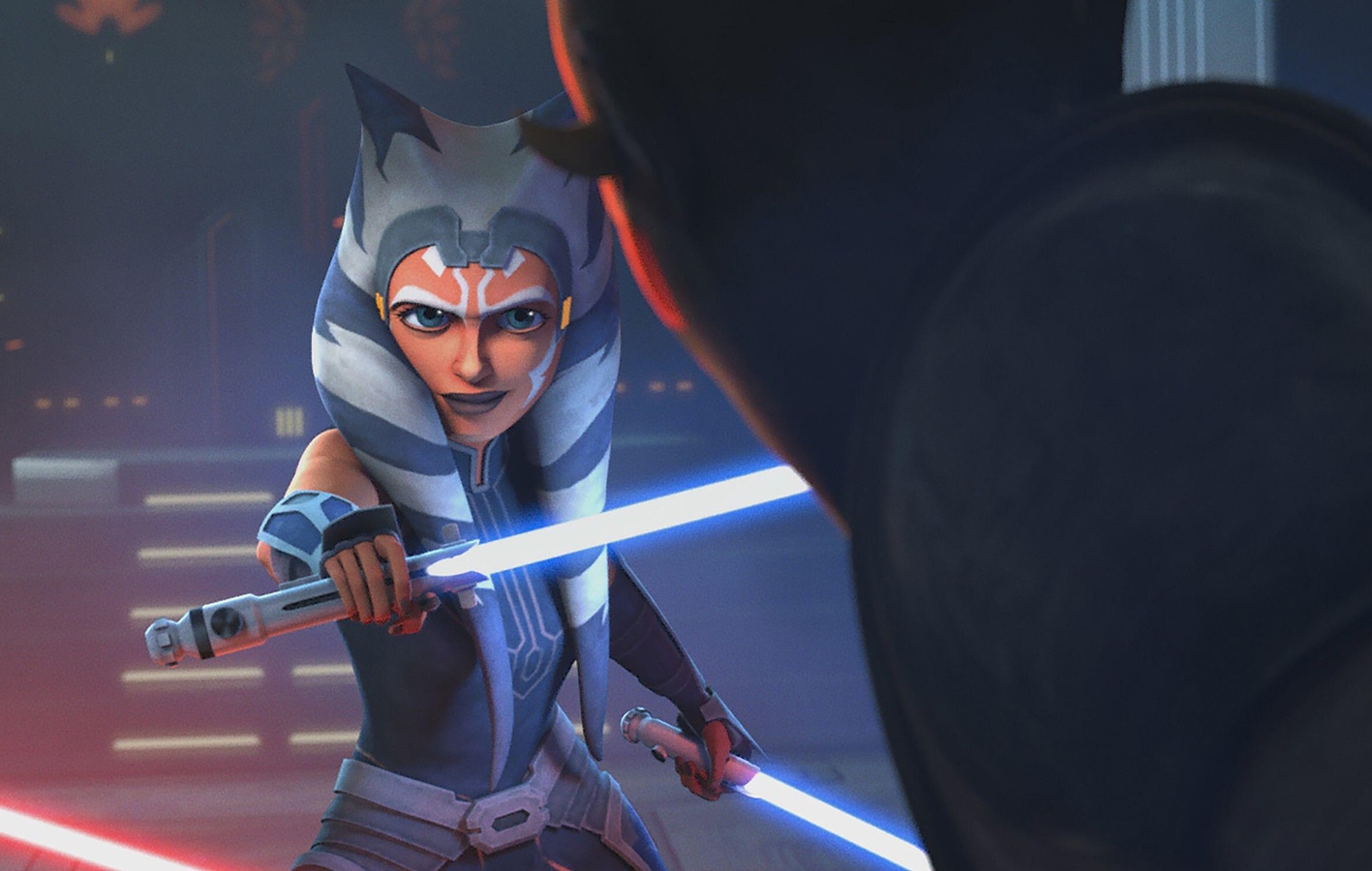 Disney brought The Clone Wars back for a final season to wrap up the stories of Anakin Skywalker, Captain Rex, and Ahsoka Tano. Season 7 features Ahsoka briefly returning to Republic Forces during the Siege of Mandalore. Ahsoka battles Darth Maul and successfully captures him. Shortly after this battle, Order 66 is executed, the secret order from Palpatine to Clones to kill all Jedi.

Ahsoka keeps Captain Rex from carrying out the Order, but narrowly escapes the other clones and goes into hiding as the Empire hunts down the remaining Jedis. 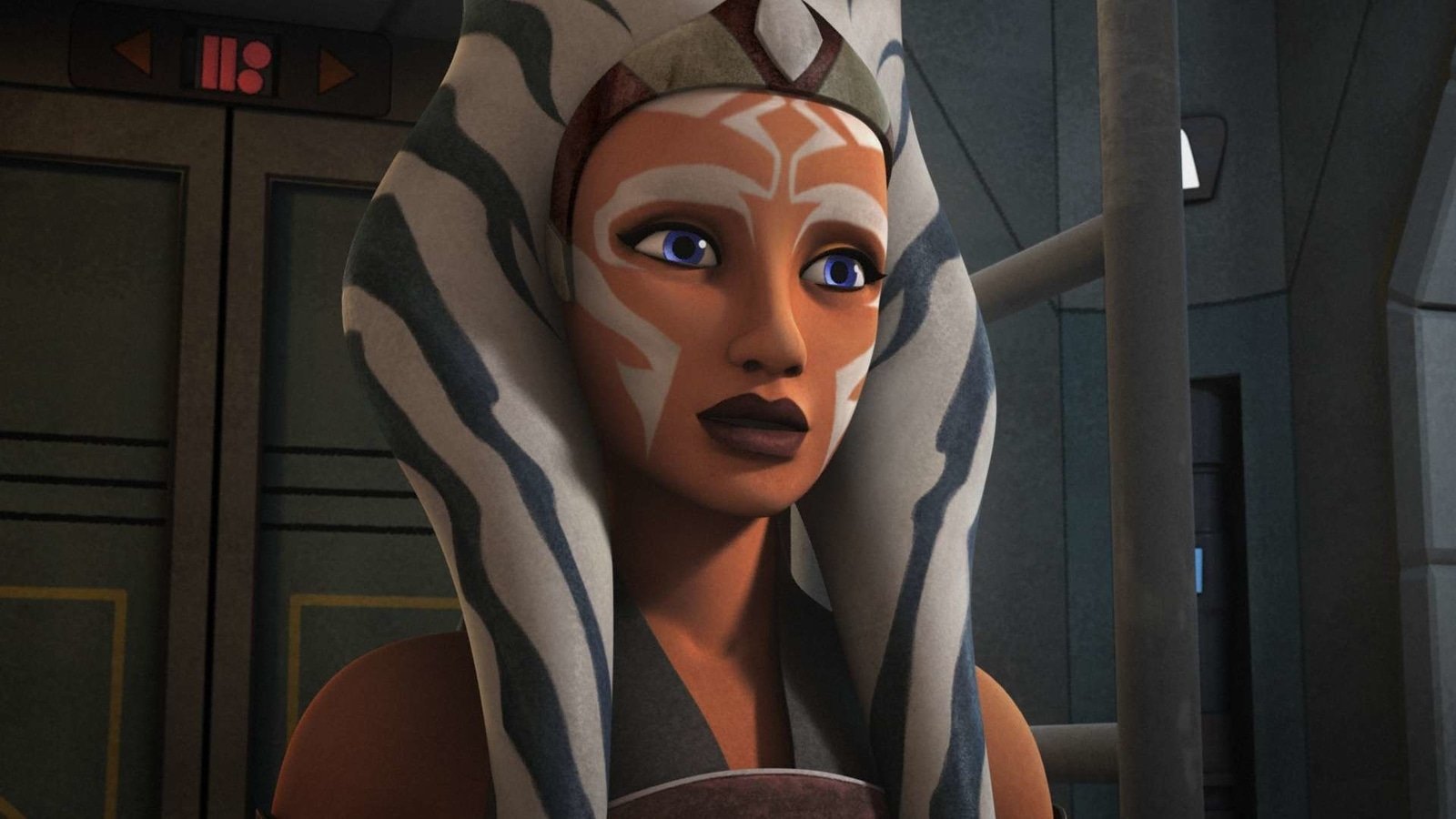 Ahsoka had a minor role in Star Wars Rebels which established a lot of things about her character. In this series, Ahsoka is an important agent in the Rebel Alliance, nicknamed “Fulcrum”. In season 2, Ahsoka battles Darth Vader, who she discovers is her former master who she assumed was killed during Order 66.

The battle ends ambiguously until it’s revealed in season 4 what happened. In “A World Between Worlds,” Ezra Bridger, a young Jedi, ends up in the realm “between worlds and time” and pulls Ahsoka into the realm before Vader could deliver the killing strike. At the end of Rebels, Ahsoka joins Sabine Wren to search for Ezra who went missing at the end of the series. 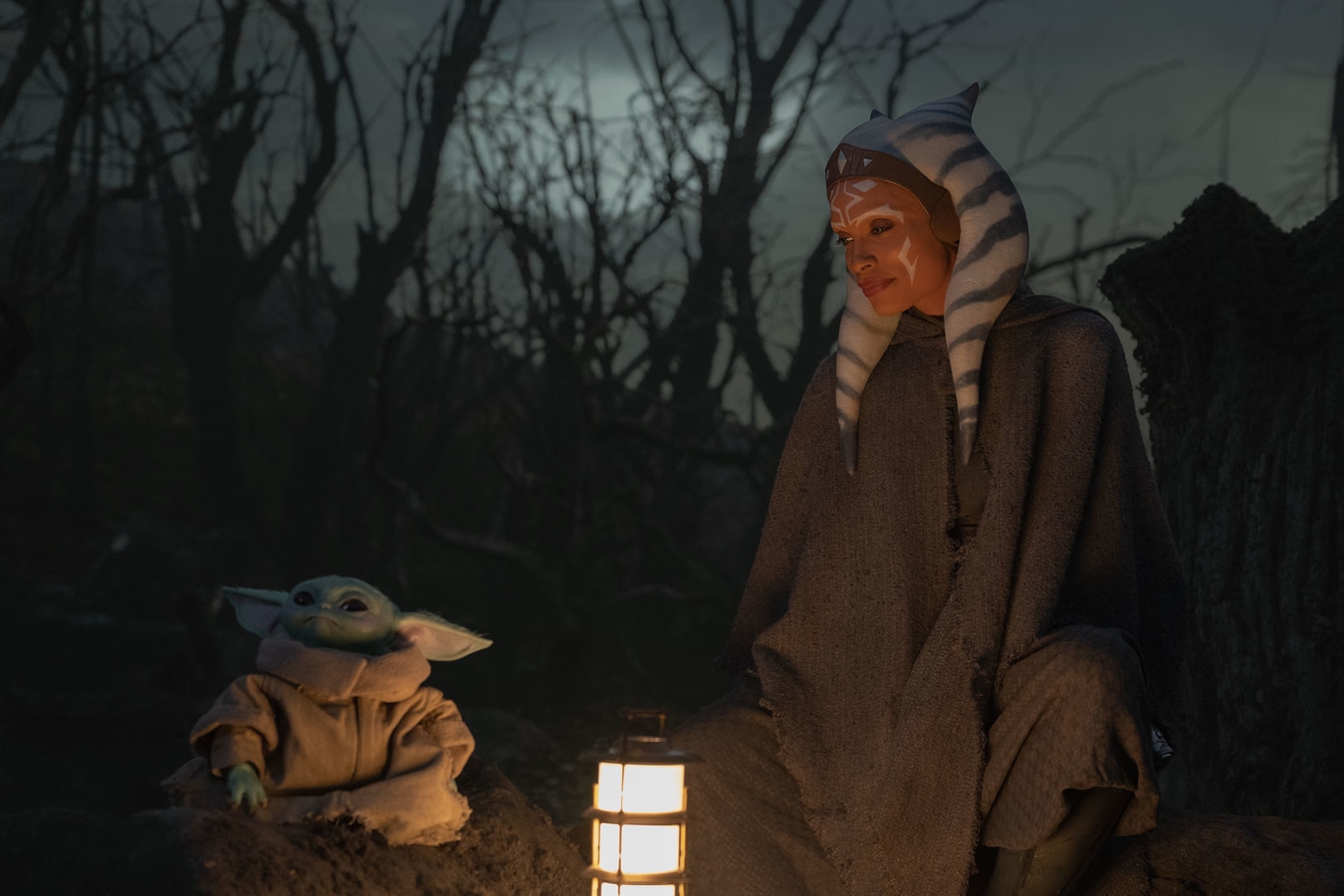 Viewers meet Ahsoka on the planet Corvus as Ahsoka is trying to free a village from the oppressive rule of Magistrate Morgan Elsbeth. Din Djarin brings Grogu (the real name of The Child) to Ahsoka in order to find answers. He asks Ahsoka to train Grogu, however, due to Grogu’s emotional attachment to Djarin, she declines.

Ahsoka says she has seen what these attachments can do to a fully trained Jedi, referring to her former master Anakin who turned to darkness. She tells Djarin to take Grogu to a Jedi Temple in Tython, where Grogu can reach out in the force and hopefully find another Jedi who could train him. 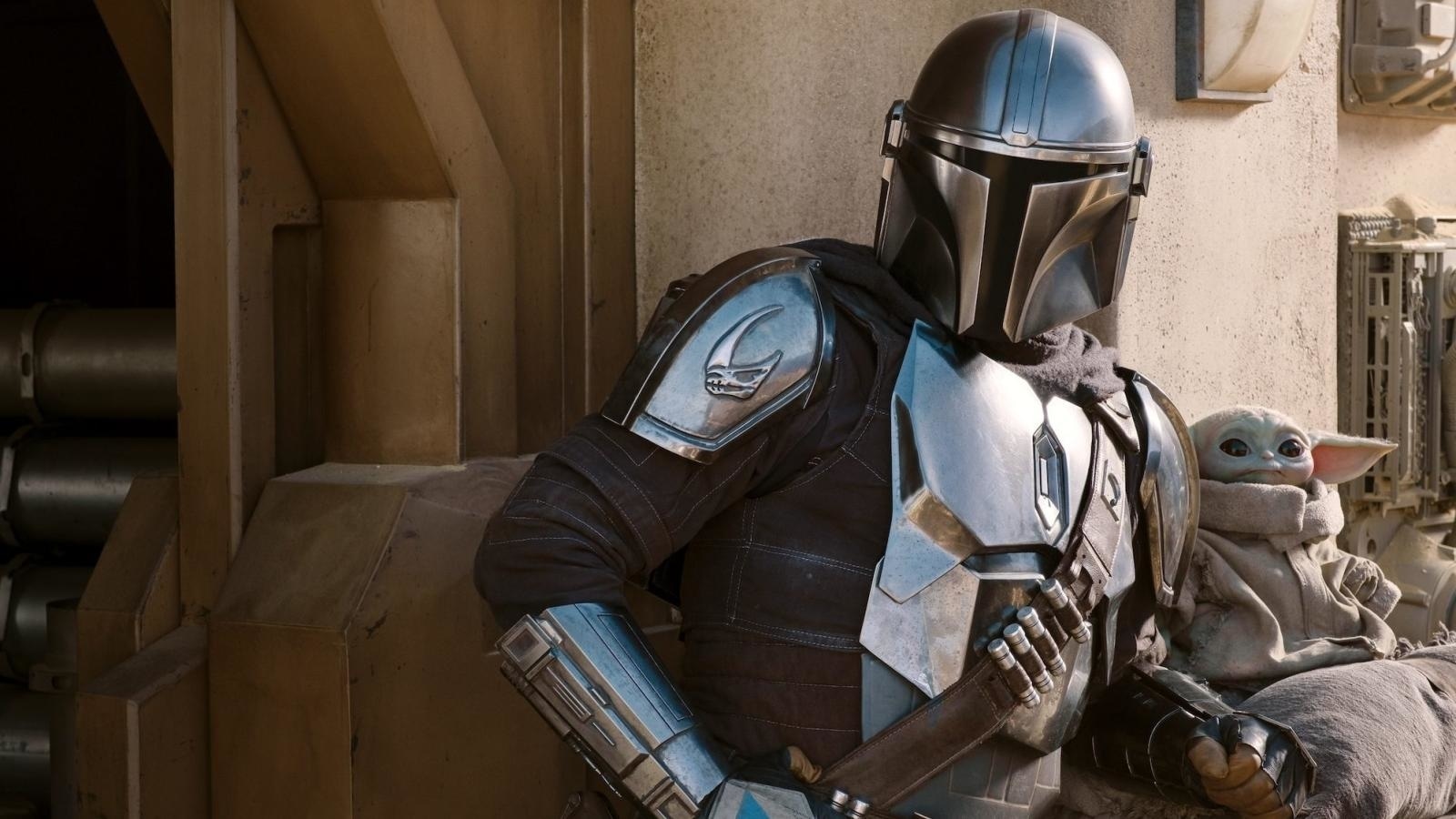 During Ahsoka’s fight with Elsbeth, viewers learn Ahsoka is searching for Grand Admiral Thrawn, a high-ranking imperial officer who disappeared with Ezra at the end of Rebels. Thrawn is a Star Wars fan favorite who first appears in Timothy Zahn’s Heir to the Empire trilogy. He’s also the main antagonist in Rebels seasons 3 & 4.

A voice cameo from Ahsoka can be heard in Episode 9: The Rise of Skywalker as she speaks to Rey through the force during Rey’s battle with Emperor Palpatine. This suggests she is dead and now one with the force, however, it is unclear how she will die.

Seeing Ahsoka in live-action is a thrill to many fans and Dawson truly brought the character to life in epic fashion. It isn’t clear where her story goes from here, but as long as Dave Filoni is handling Ahsoka’s character, she should be in good hands.