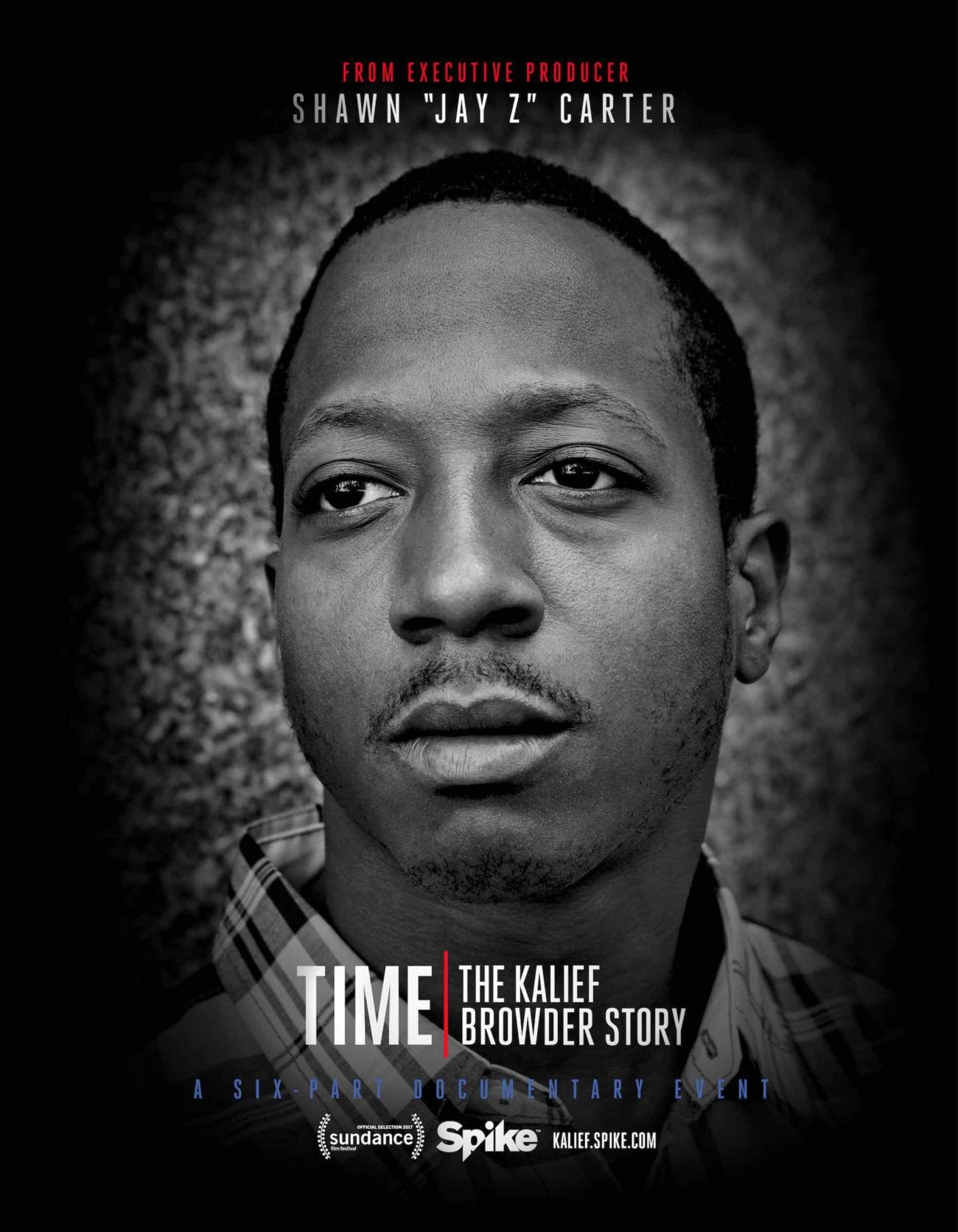 ‘The Kalief Browder Story’: Most insane true-crime show ever

Three things contributed to Kalief Browder’s tragic story: corrupt correctional officers, three unnecessary years on Rikers Island, and a criminally delayed trial. It’s hard to think such a slew of miserable events could put into motion the ending of a young black man’s life. We wish we could say it’s unthinkable, but unfortunately, it’s not. And it all began with a backpack. 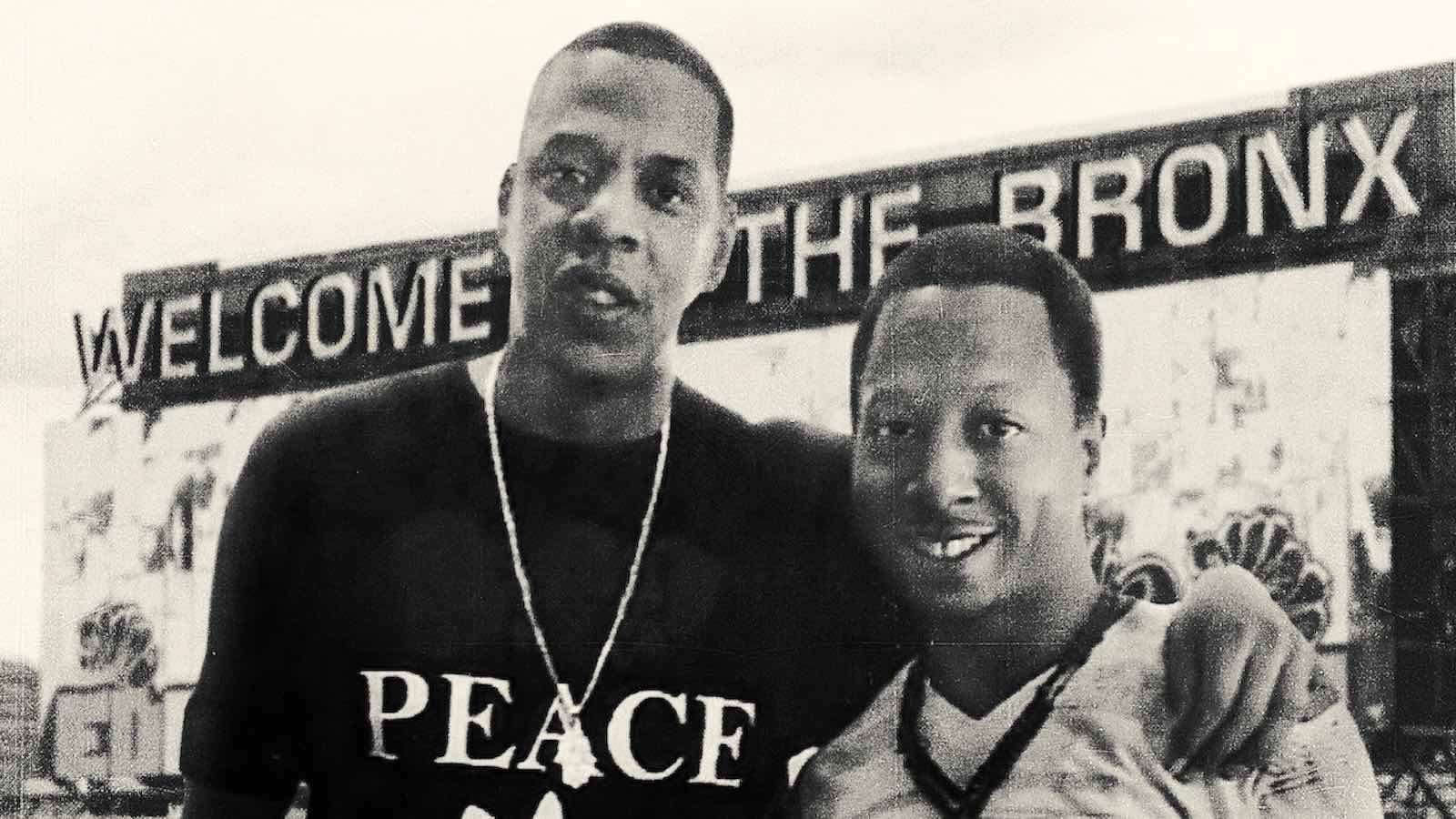 Kelief died on June 6, 2015, at 12:15pm. His mother, Venida Browder, recounts how she heard pacing in the room above her, and then a loud bang like the sound of something being thrown out a window.

As she related the story of how she found her son hanging from a rope, Venida Browder told Vice News how she realized, “That loud noise was his body banging up against the house.” 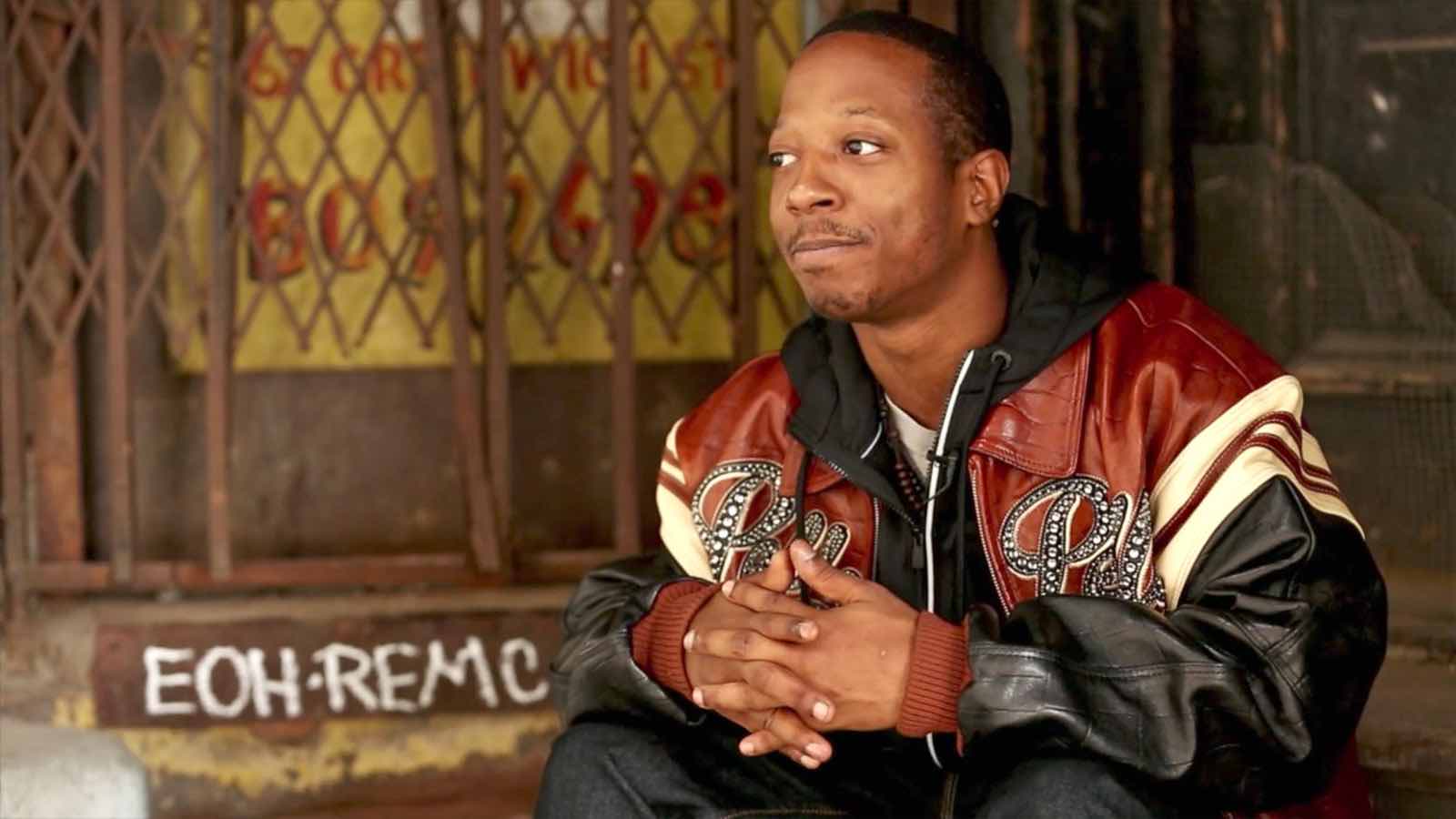 Because of substance abuse issues, Kalief’s biological mother had to put him up for adoption when he was just a baby. Kalief was then raised by his adoptive mother, Venida Browder. Venida raised a total of 34 children over the course of her life. This included her biological children, adopted children, and the many children that she fostered.

Kalief was raised in a loving environment and was described by school staff members as an intelligent and “fun guy.” Unfortunately, in 2009, when Kalief was only 16-years old, he was charged with grand larceny after police testified that he had stolen a bakery truck for a joyride and crashed it into a stationary car.

Although Kalief pleaded guilty at first, he later claimed that he was just a bystander. Kalief was charged as an adult, registered as a youthful offender, and put on probation. It’s possible to conclude that if Kalief was never placed on probation that the events that followed might not have occurred. 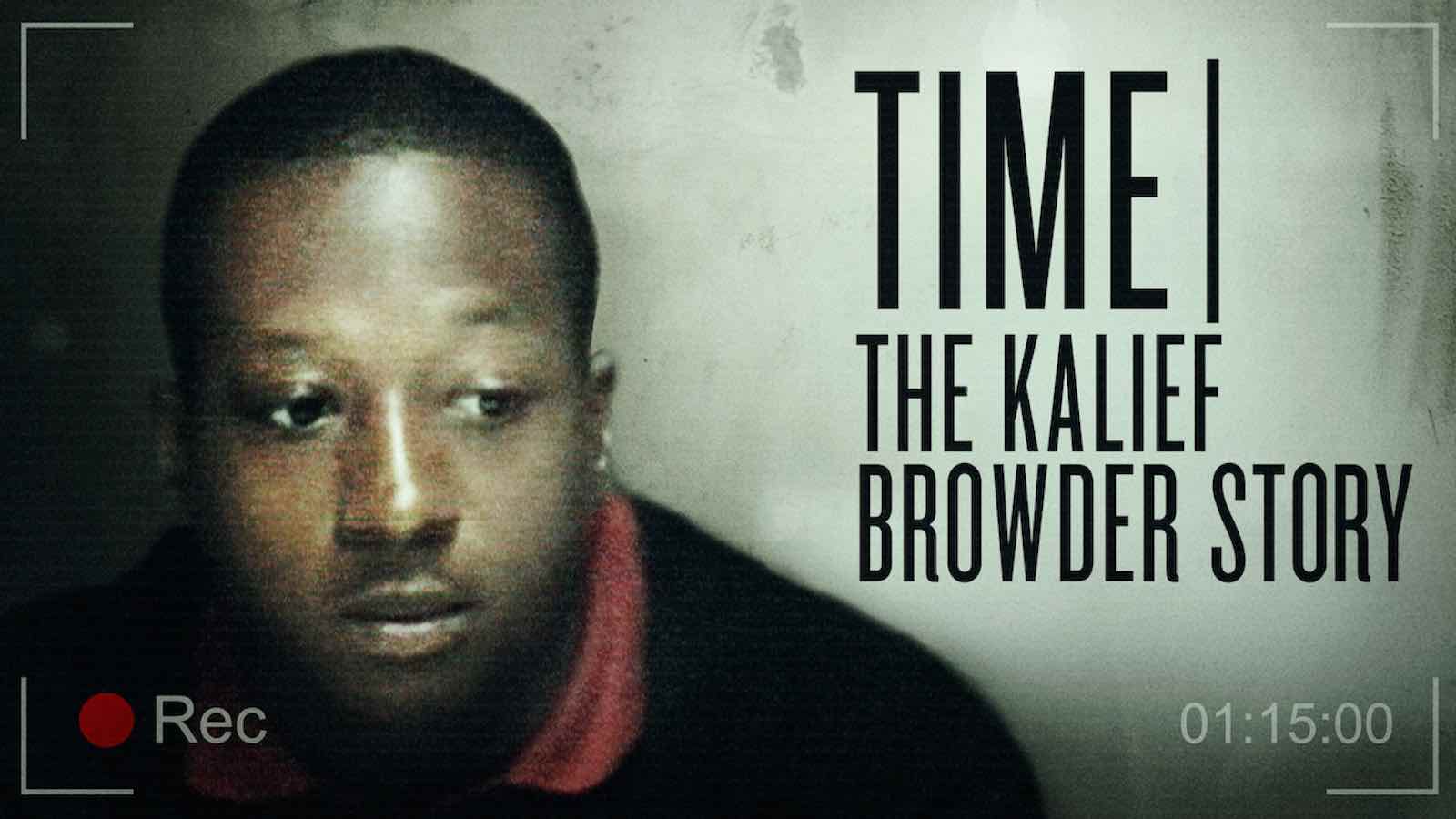 Kalief Browder is held on suspicion of stealing a backpack

On May 15, 2010, Kalief Browder and a friend were heading home from a party when they saw police officers ahead. Since Kalief had been subjected to numerous routine stop-and-frisks by policemen over the course of his life, he assumed that this was what was going on. He would soon find out that these policemen were actually responding to a 911 call over a stolen backpack. This call was placed by a Mexican immigrant named Roberto Bautista.

Little did Kalief and his friend know, Bautista was seated in a nearby patrol car scanning faces for the two black men he believed to have stolen his brother’s backpack. The theft had occurred two weeks earlier, and the backpack contained an iPad Touch, a camera, a credit card, and $700. 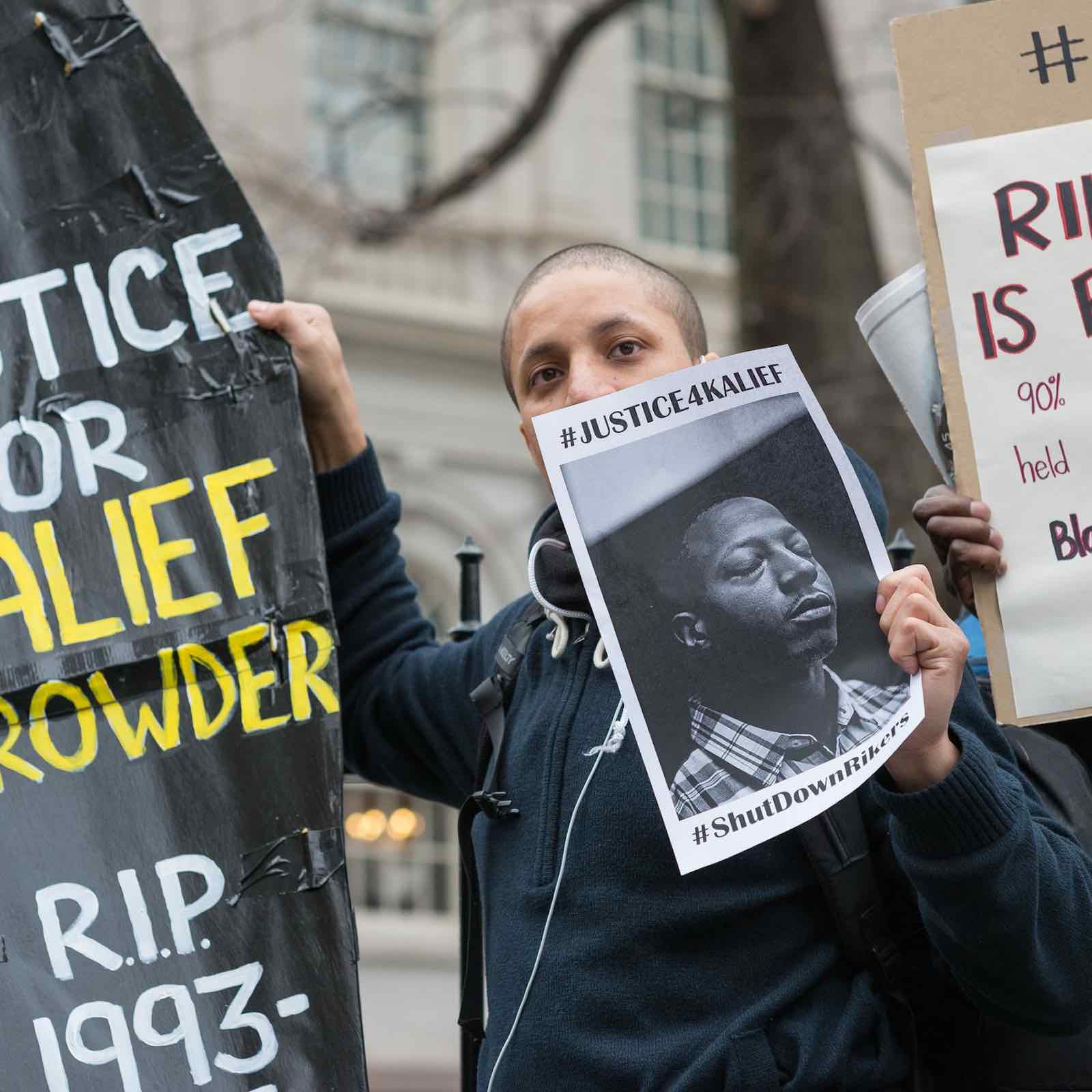 Bautista identified Kalief and his friend as the thieves, so they were both apprehended. Kalief said to the police officer, “I did not steal anything. You can check my pockets,” but the police officer would only reassure him, “We’re just gonna take you to the precinct,” as he tried to convince Kalief he would likely later be released.

After 17 hours Kalief was interrogated and charged the next day with robbery, grand larceny, and assault. At his arraignment, he was charged with second-degree robbery and his bail was set at $3000 (which would be about $210-$450 if the family used a bail bondsman). Even though his mother scrambled to put together the money for his bail, since Kalief was on probation, he was not allowed to be released (unlike his friend).

This was the beginning of Kalief Browder’s long stint in prison. 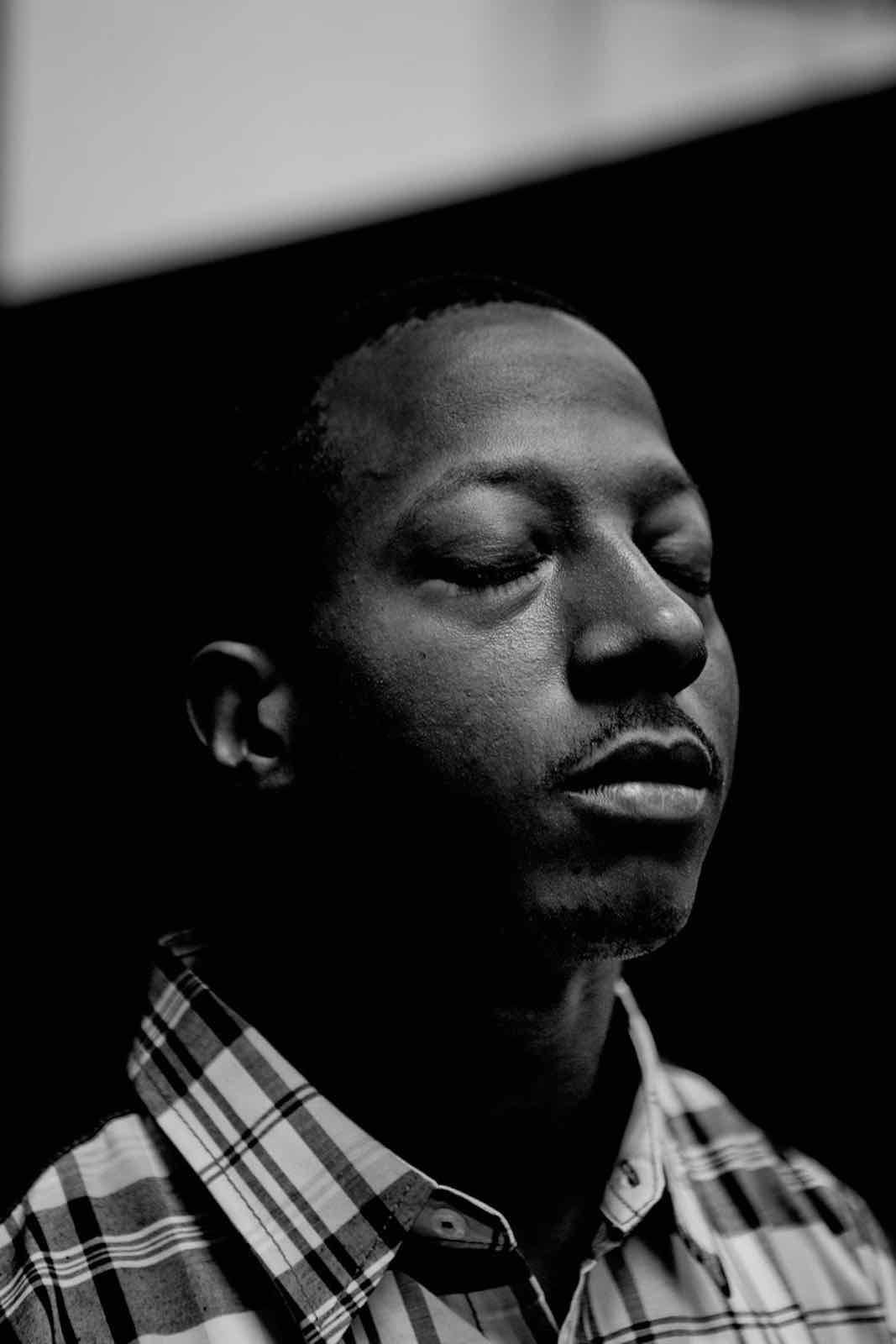 How did Kalief Browder end up in prison for three years before he got a trial?

Kalief was still awaiting a trial when he was sent to Rikers Island, which is known for having an intense culture of violence. United States Attorney for the Southern District of New York, Preet Bharara, was cited as saying that inmates in the section of Rikers Kalief was sent to often suffer injuries such as “broken jaws, broken orbital bones, broken noses, long bone fractures, and lacerations requiring stitches.”

You would think that because Kalief was simply awaiting trial, that he could do his best to quietly ride out a short period there, and then receive the justice he deserved. You would be dead wrong.

Kalief’s case was described as a “relatively straightforward” one by assistant district attorney Peter Kennedy, but this would not impede the prosecution from delaying Kalief’s trial for an unspeakable amount of time. From July 2010 to May 2013, trial date after trial date would be pushed because of the prosecution requesting deferments labeled “the People not ready.” 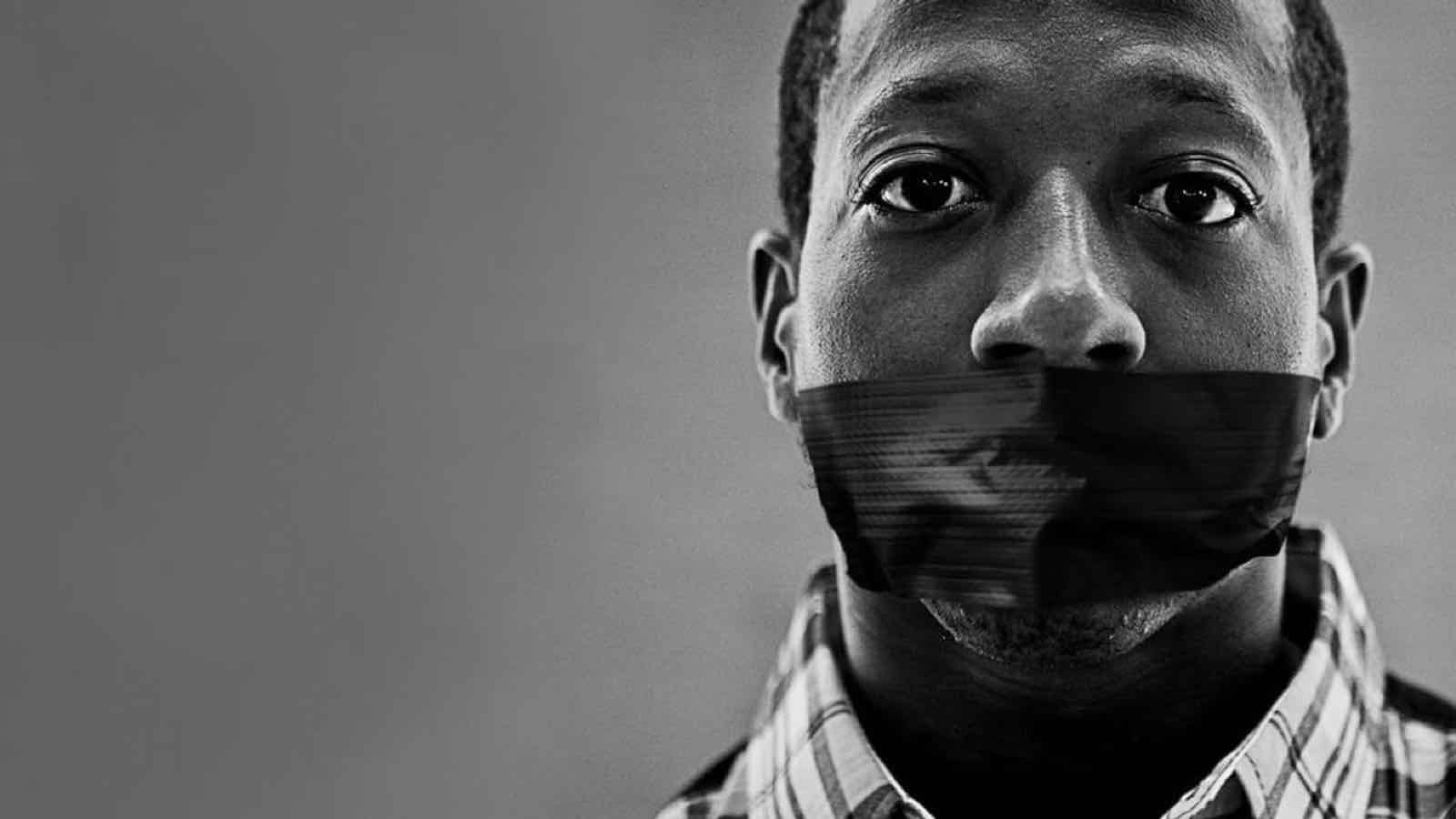 For three years, Kalief Browder would suffer countless abuses at the hands of inmates and correctional officers alike. Kelief’s public defender, Brendan O’ Meara noticed how even though Kalief was always “quiet [and] respectful,” each time he saw Kalief he appeared “tougher and bigger.”

Kalief himself related how he felt the need to get stronger immediately when he entered Rikers. The sad thing is that the violence was not only inflicted by inmates. Correctional officers would do things like line inmates against a wall and assault them as they searched for the instigator of a prison fight. They would then threaten them with solitary confinement if they reported their injuries. 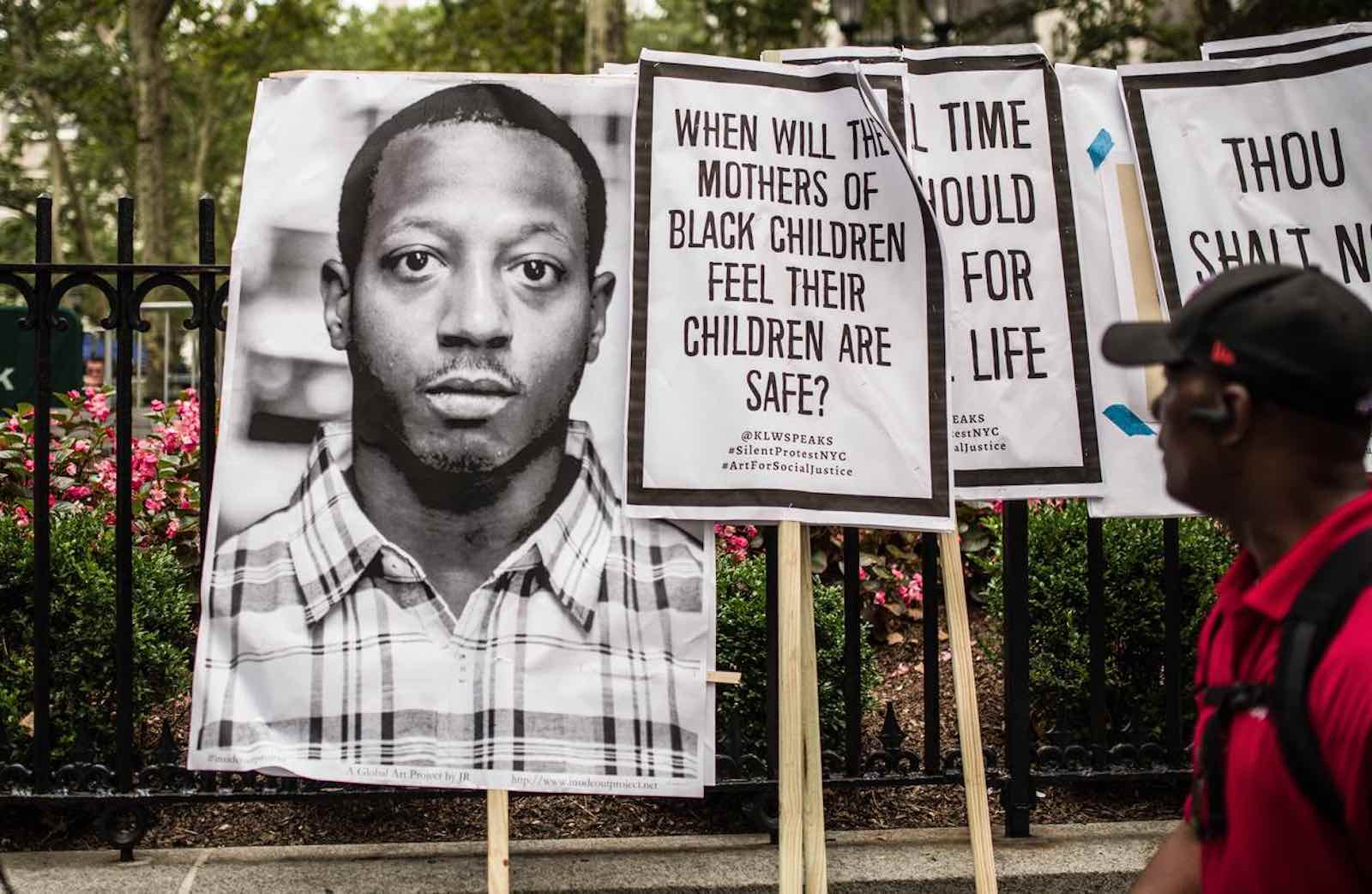 Kalief noted how interactions between inmates and correctional officers often needlessly escalated to violence. On September 23, 2012, a video was even recorded showing Kalief being assaulted by prison guards while in handcuffs. All this trauma contributed to the paranoia and mental illness that ultimately led to Kalief Browder’s death by suicide.

After 961 days in prison, Kalief characterized the judges as “playing with [his] case.” The amazing thing is that through all of this, Kalief Browder maintained his innocence. He even refused the offer of a plea bargain that would authorize his immediate release from prison as long as he admitted to guilt on two misdemeanors. Kalief would not back down about the state of his integrity. 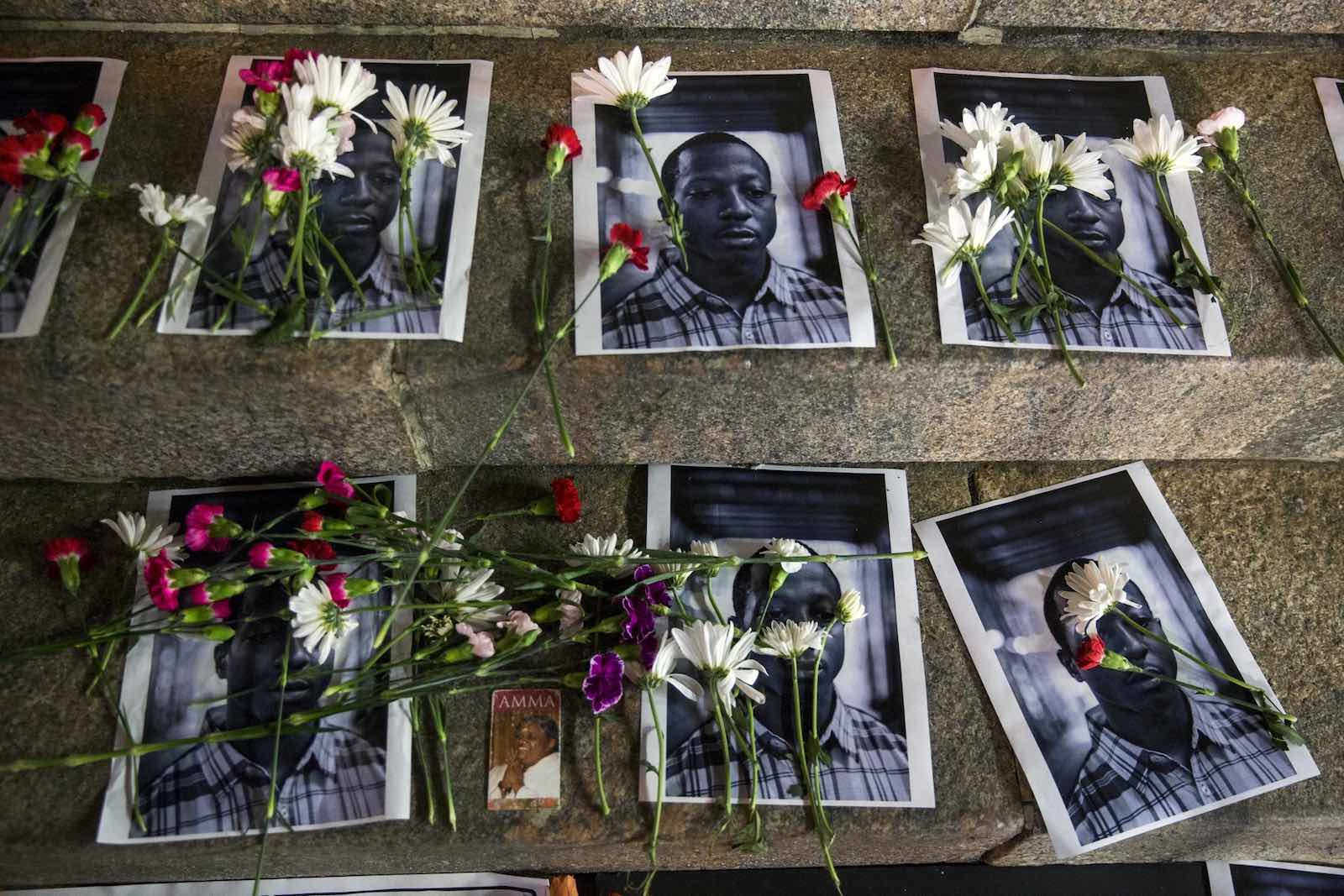 A stolen backpack or a stolen life?

On May 29, 2013, Kalief Browder was finally released from prison.

Bronx judge DiMango freed Kalief in anticipation of the dismissal of his charges. Roberto Bautista had already returned to Mexico, so he could no longer testify against Kalief. Kalief had been thrown in prison, subjected to countless events of abuse, and received unfair delays in his trial just so that it would later be dismissed.

Kalief and his brother Akeem filed a lawsuit against the New York City Police Department for malicious prosecution, stating that the court had been misled about the prosecution’s readiness. The City of New York denied these allegations, but in 2013 Preet Bharara took action against the City of New York for its “unnecessary and excessive force” used on adolescents in Rikers Island. 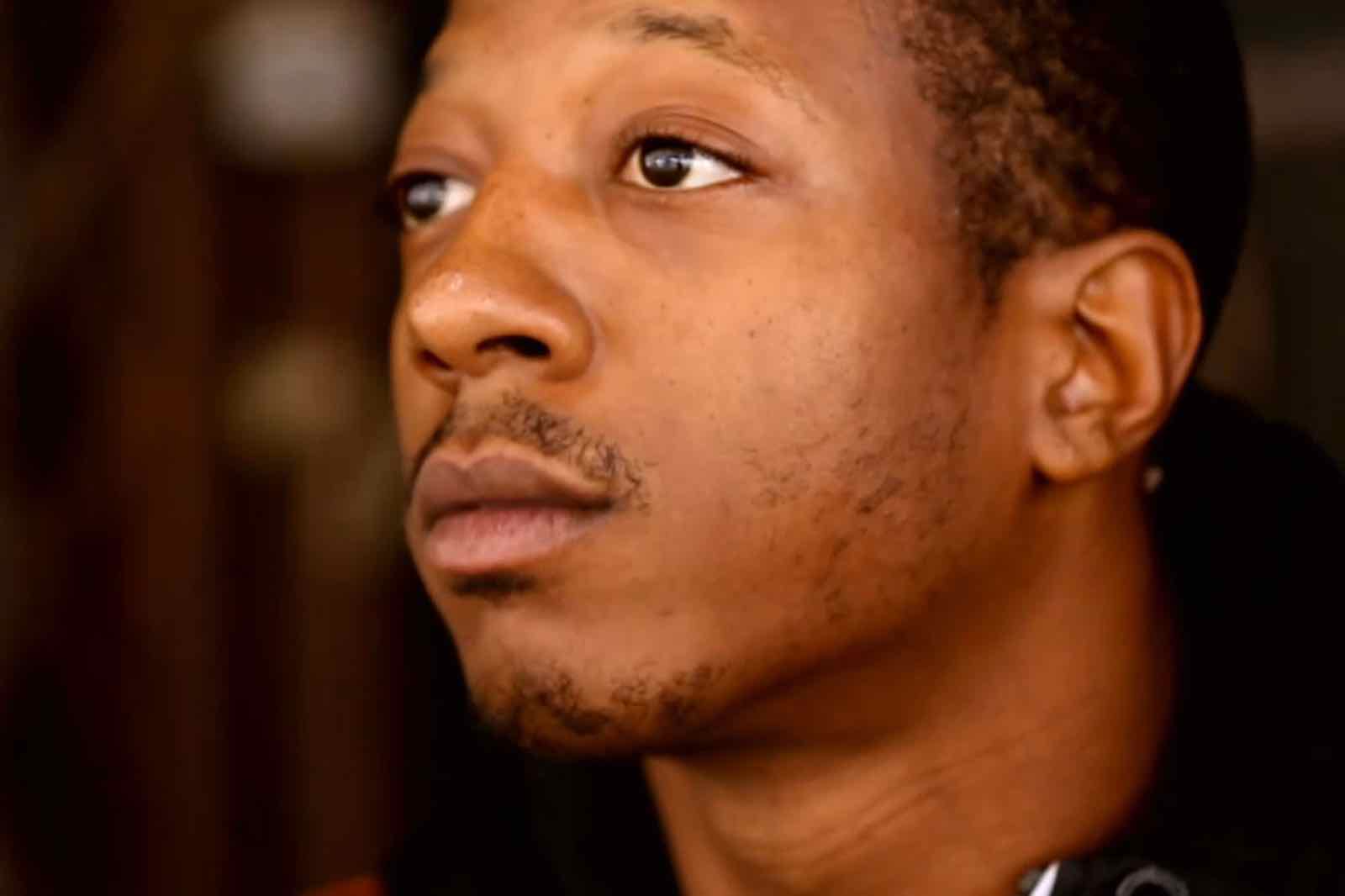 In January 2015 the New York City Council voted unanimously to end the use of solitary confinement on inmates younger than 21. Of course, this decision was made too late for Kalief, who had suffered irreversible trauma at the hands of the system. Kalief pushed himself to go to college because he wanted to better himself, but depression got the best of him in 2015 when he later hanged himself from an air conditioning unit outside a bedroom in his mom’s house.

Kalief’s family did not cease their battle to get justice for their brother and beloved son. Unfortunately, Kalief’s mother, Venida Browder, did not get to witness the fruits of their labor when they won a civil suit against New York City for 3.3 million dollars. She died of heart complications about a year after Kalief’s death. 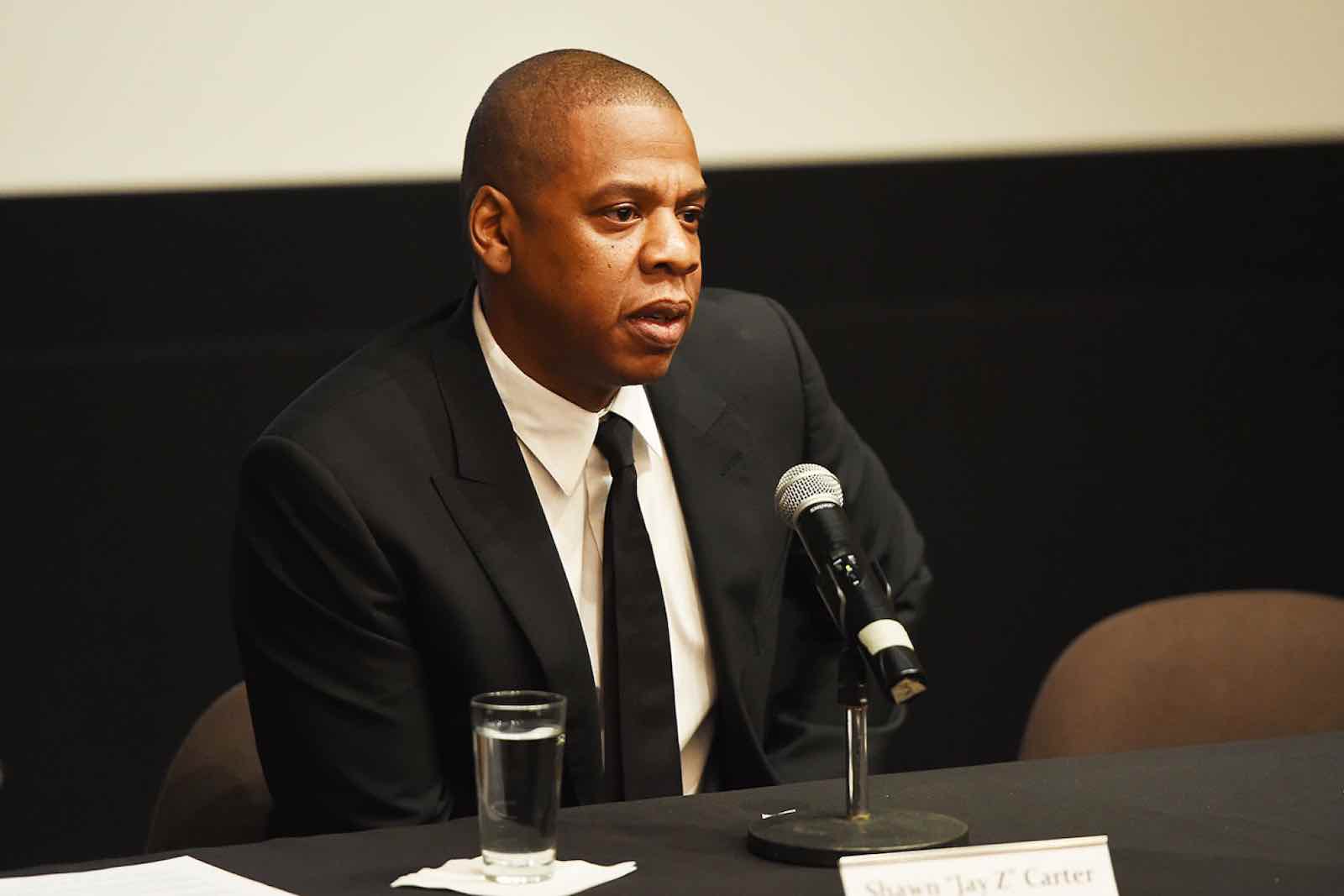 Attorney Paul Prestia said, “In my opinion, she literally died of a broken heart.” Prestia thinks that the “stress from this crusade coupled with the strain of the pending lawsuits against the city and the pain from the death were too much for her to bear.” The government has somewhat responded to the tragedy of The Kalief Browder Story.

In 2015 the House of Representatives, the House Judiciary Committee and members of the House Judiciary Crime Subcommittee sponsored several bills which aimed to reform youth incarceration. One of them was “Kalief’s Law” which places restrictions regarding youth incarceration such as banning solitary confinement for youth inmates, prohibiting unnecessary shackling and restraining of youths in court appearances, and a requirement for states to provide speedy trials.

If you’d like to learn more details about Kalief’s case, watch the show Time: The Kalief Browder Story on Netflix.