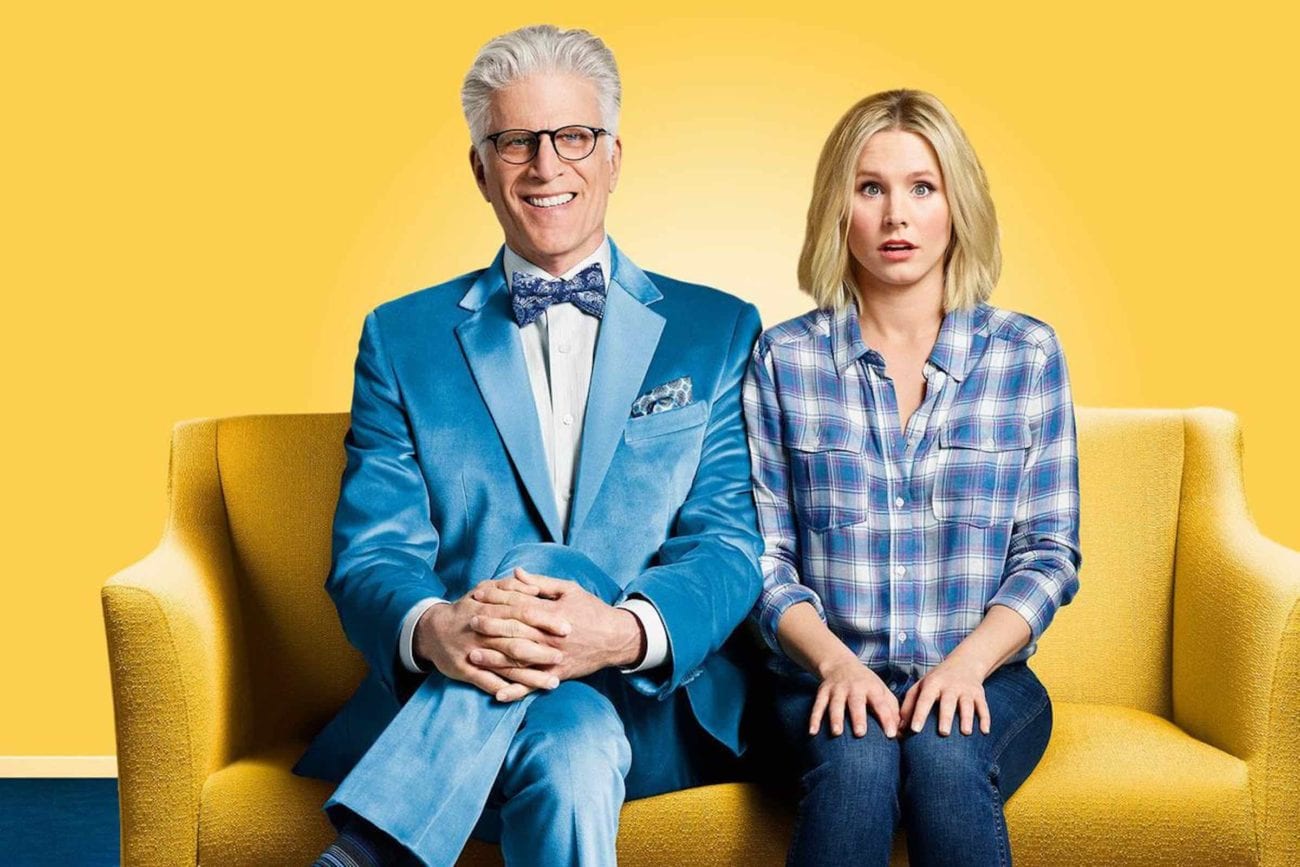 Part of the charm of NBC’s The Good Place is even when you think you know what’s going to happen, creator Mike Schur changes it around. People have been naming season one’s finale “Michael’s Gambit” as one of the best TV episodes of the decade because of that reveal that the Good Place we know is actually the Bad Place.

The writers have led us on a twisty journey that will be coming to an end in January. But that means we get one more month of trying to call The Good Place’s twists before they happen. The internet is ablazing trying to call the twist before it happens, like how people were calling Janet (D’Arcy Carden) being a Bad Janet before it was even revealed.

We’ve tracked down the hottest theories about the fate of the Soul Squad, trying to figure out what could happen during The Good Place season finale in January. But of course, we always have to expect the unexpected too, so some of these theories seem outlandish, but it could be the one. 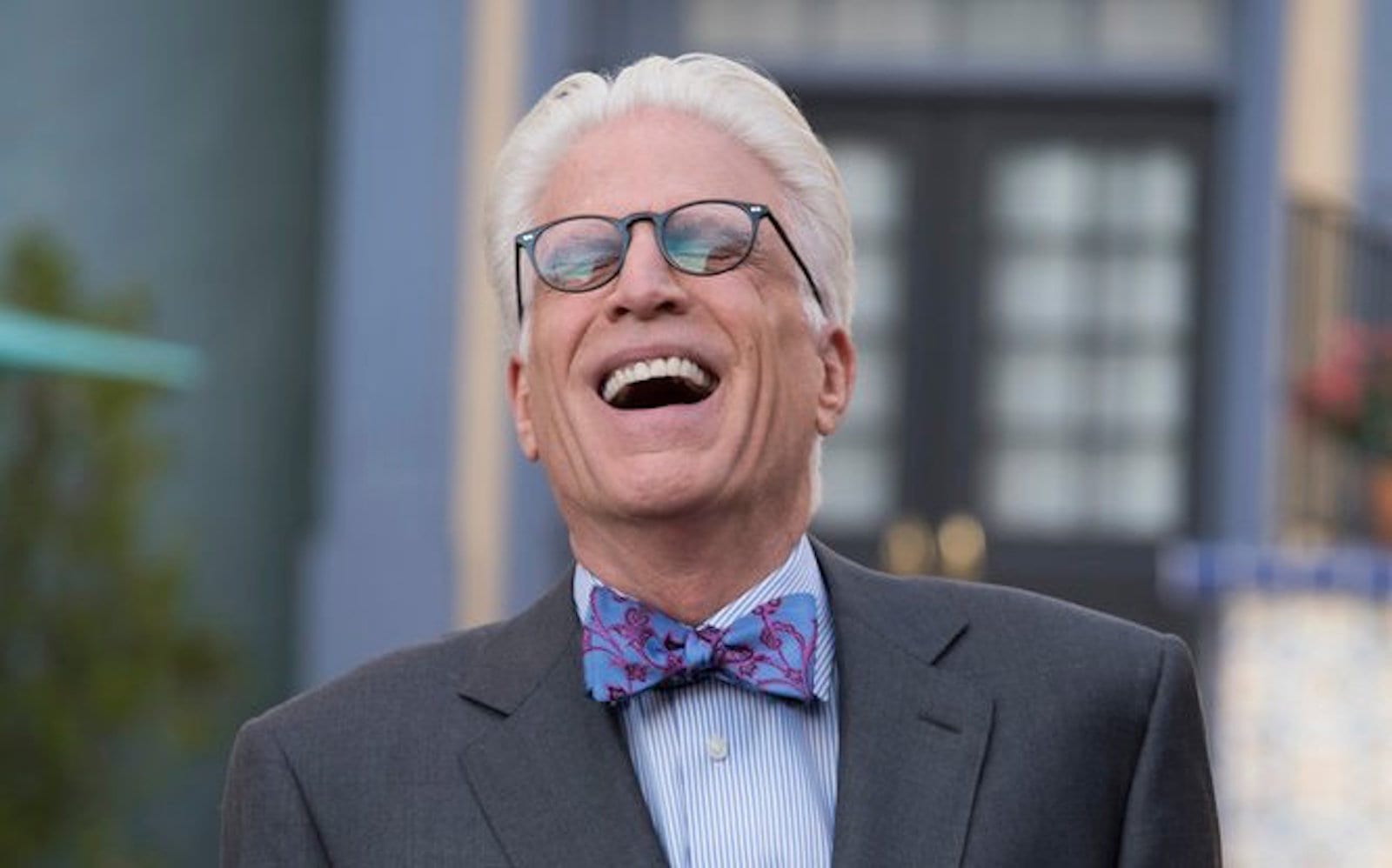 Michael is a human, and the whole show has been his Bad Place

For a guy who started out as a demon, Michael (Ted Danson) has gotten a whole lot more human overtime. But what if Michael has actually been human this whole time? This theory says that Michael was a human, who was given the job to torture other humans as his torture.

Think about it; Michael definitely stands out compared to other demons, even when he’s being a demon early on in season two. He doesn’t like the bad jokes the other demons like, and even finds the term “demon” racist. Michael also sucks at torturing, which begs the question: if he’s so mediocre, why was he promoted to architect? 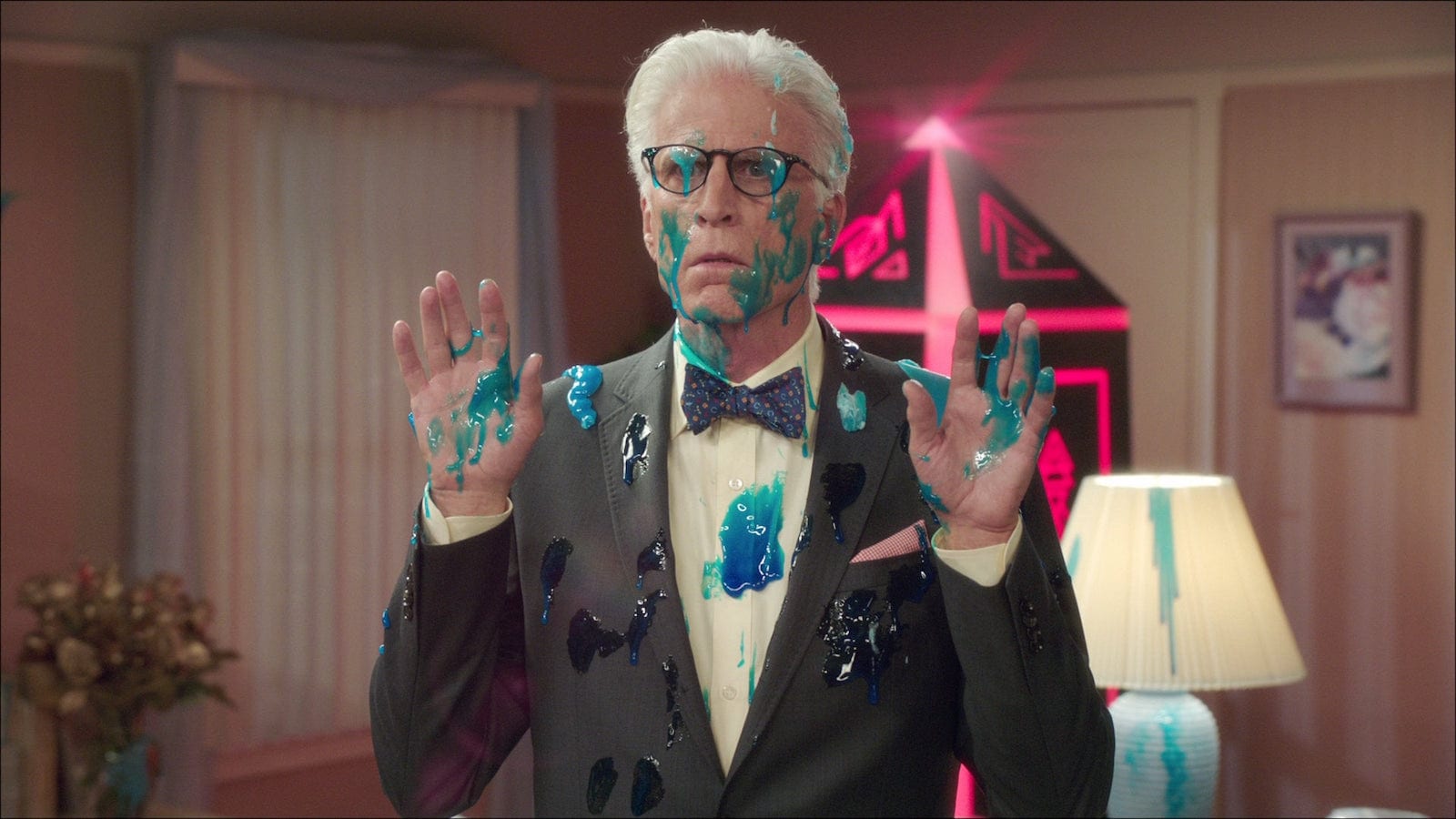 Answer: this is Shaun’s (Marc Evan Jackson) form of torture for Michael when he was sent to the Bad Place. Shaun erased his memories of Earth, implanting a fake demon life in his head, and made him try and torture other humans as a form of torture for himself. But because he’s still human, he struggles to truly adapt to the demon lifestyle, even with his human memories erased. 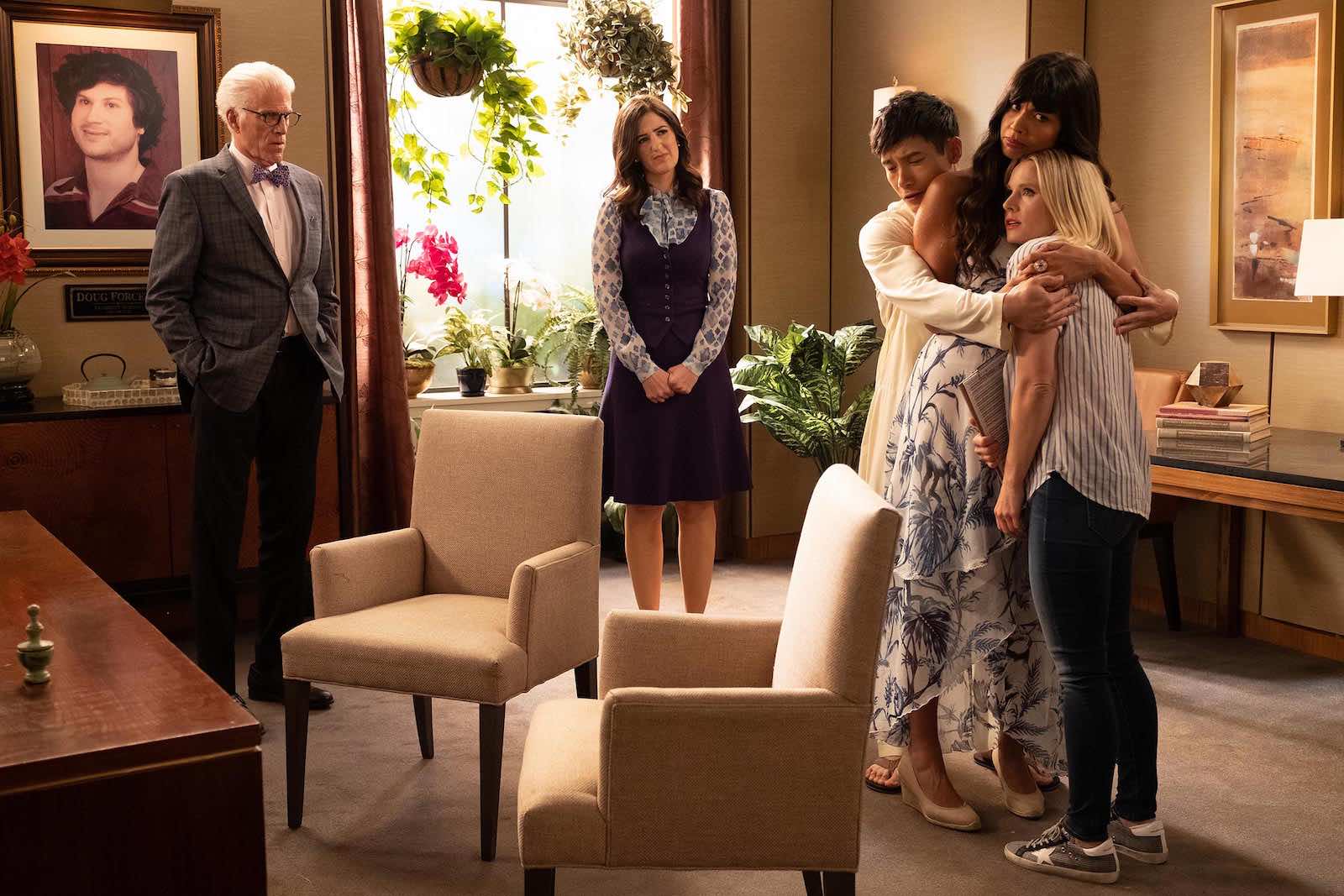 The whole point of season four of The Good Place is our original four humans had to try and help four new humans improve and grow like they did. But what if the real test was seeing if they could use what they learned and grow even further?

Reddit user erickstrange529 points out that each character grows in season four based on their test given by the Judge (Maya Rudolph) at the end of season two. Eleanor (Kristen Bell) had to prove she’s selfless in her test, and she does that by bringing Chidi and Simone together even though she’ll be miserable. Chidi (William Jackson Harper) had to make a choice, which he did when he sacrificed himself to have his memories erased.

Tahani (Jameela Jamil) had to focus on not worrying about her self-image, which she does by the way she treats John. Jason (Manny Jacinto) had to work on his impulse control, which we see in “Employee of the Bearimy” when he saves Janet. Our four humans have aced their tests, so what if that’s what decides the fate of humanity? 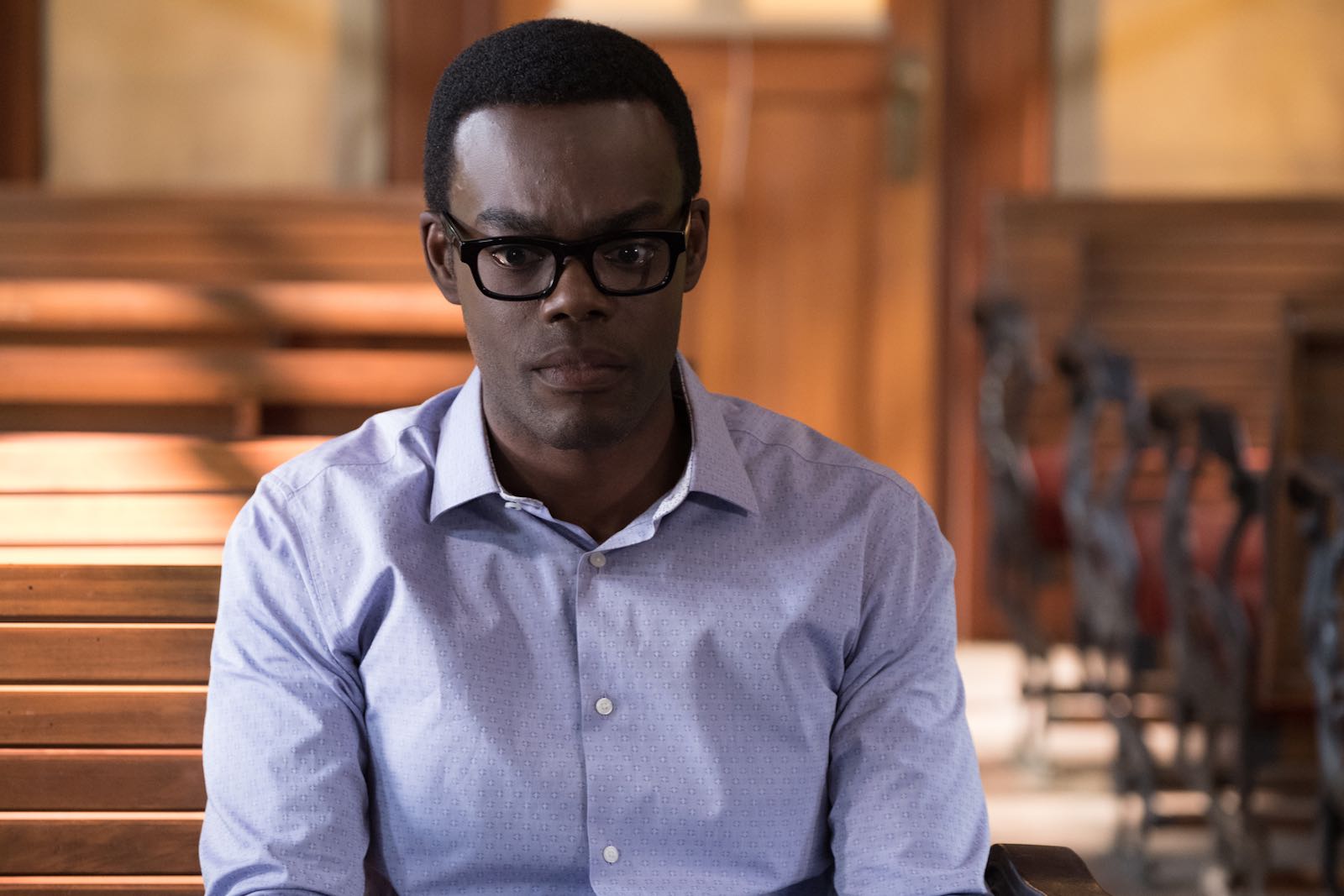 Chidi is the answer, literally

Or, maybe it’s not the whole Soul Squad, just Chidi. “The Answer” led us to the biggest reveal in The Good Place history, that Chidi finally understand the answer to the world is love. While that solved his personal crisis, it’s exactly the answer Chidi will use to save humanity.

We know Chidi would improve, because in the 802 reboots before this, he improved. John improved because he finally had a true friend, someone to go through it with. Simone may not have improved visibly, but away from all of humanity, she was able to be a good person when every choice didn’t matter. Brent didn’t get better until he realized he was being tortured when he spiked and asked for forgiveness.

The reality is no system would give every person a fair shot. Each person needs an individual plan. Some people are just horrible (like Brent) and need to go straight to the Bad Place. Some people (like Simone and John) need a second chance to get better, whether it’s with someone by their side, or just being removed from the variables of Earth. There is no one-size-fits-all system, it has to be done on a case by case basis. 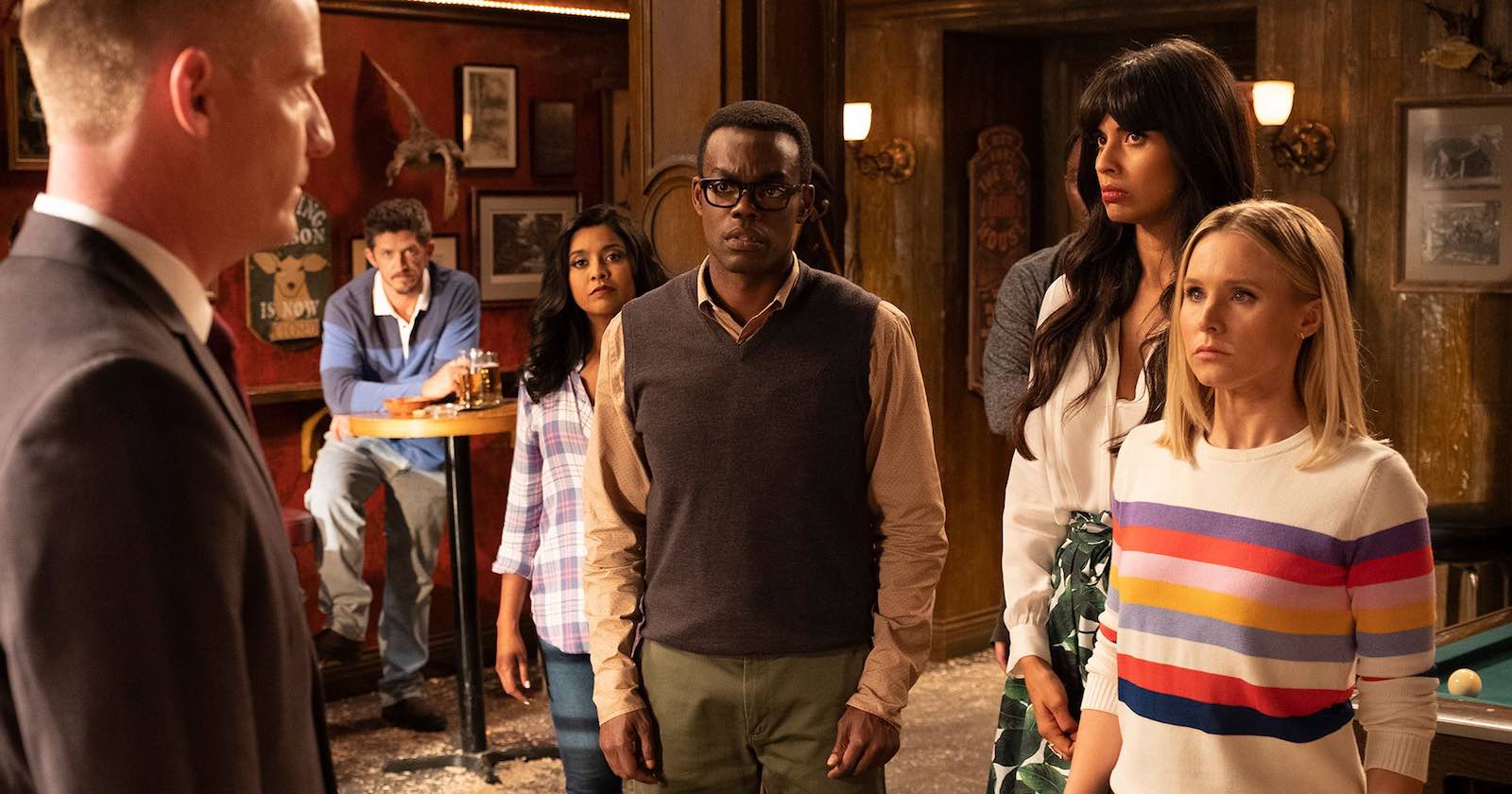 What if the entire experiment is for nothing? This theory has been floating around since the beginning, but over the past four seasons, the evidence continues to present itself. No one has gotten into the Good Place in 500 years, even when the humans end up in the mailroom, they can’t go outside. We’ve never seen any part of the Good Place, or met anyone from the Good Place.

Before you start poking holes with the jolly Good Place mailperson and the Good Place council, we already know the Bad Place can fake people. Just look at how the residents of the first neighborhood were all demons acting, and how Bad Janet was able to pretend to be Janet? 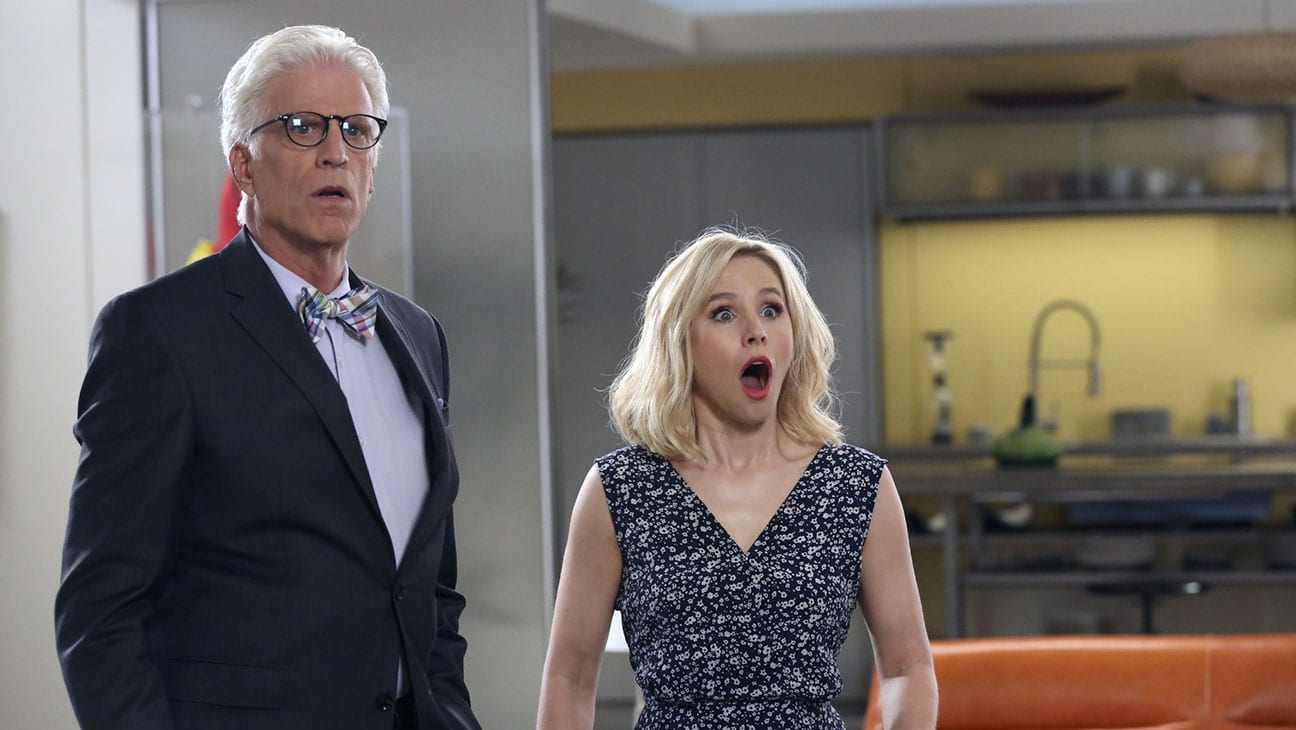 It wouldn’t be a stretch to assume that the Good Place no longer exists, and that’s why no one’s gotten in. We’ve never seen any evidence proving its existence. Plus, think about its existence as a torture device. Shaun could hold it over humans’ heads saying that had they just been a little better, they would’ve ended up in the Good Place instead. It’s the perfect torture device, and while dark, a solid ending for The Good Place.

We unfortunately won’t be getting answers anytime soon, as The Good Place won’t return to NBC until January 9th at 8:30pm EST. Do you have a better theory on what awaits our beloved Soul Squad? Tweet it to us @FilmDailyNews on Twitter.