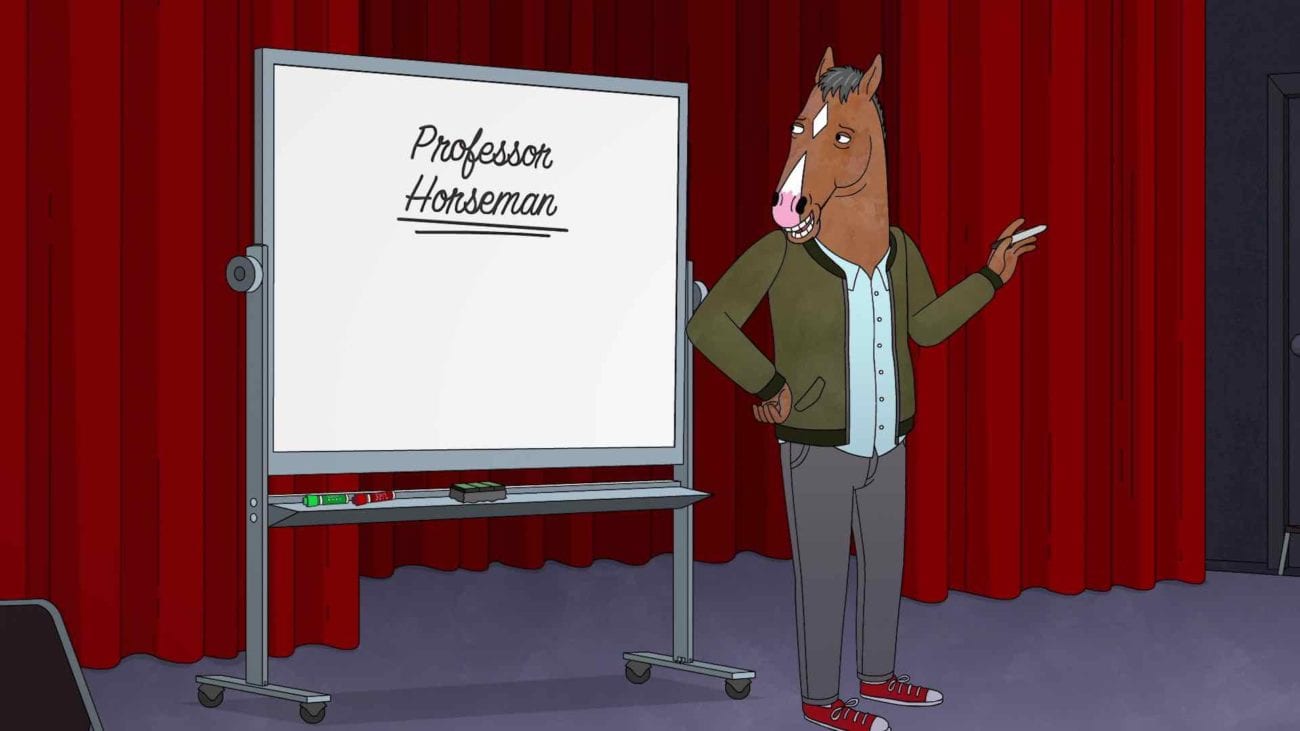 The neigh is nigh: Everything about ‘BoJack Horseman’ season 6

The end of BoJack Horseman is on the horizon, and we’re still not ready. The final eight episodes of season six, part two drop on Netflix on January 31st. Raphael Bob-Waksberg’s BoJack Horseman is the animated tragicomedy story of the washed-up star of the 1990s sitcom Horsin’ Around, BoJack (Will Arnett) that takes place in an alternate world where humans and human-like animals live side by side.

Netflix released the trailer for the back half of the season today, and it really gives away nothing about the conclusion of the series, although we have our own theories. Check it out here:

What is this horse cartoon about?

The main premise of the very adult BoJack Horseman is that the washed-up actor plans his big return to celebrity relevance with a tell-all autobiography to be written by his human ghostwriter Diane Nguyen (Alison Brie).

Despite its animated, anthropomorphic animal setup BoJack Horseman is one of the most tragically realistic sitcoms on television, not shying away from struggling characters and darker themes. As BoJack states in the trailer, “I’ve had a lot of what I thought were rock bottoms, only to discover a rockier bottom underneath.” 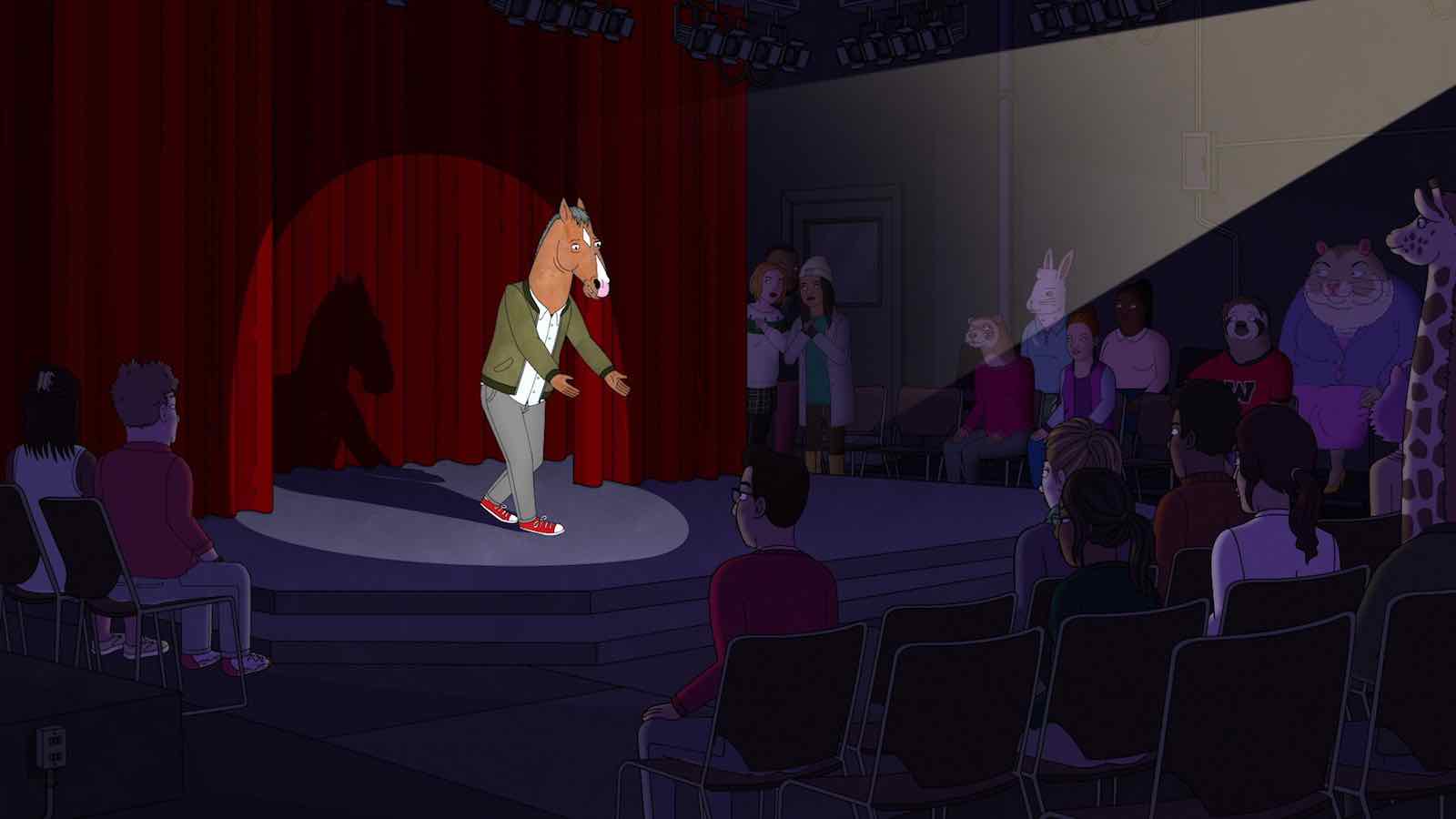 Remind me where we left off

Season 5 of BoJack Horseman was a perfect example of rockier bottoms. While BoJack’s been a mess and an alcoholic from the very beginning, the intensity of his addiction to painkillers wasn’t fully realized until S5.

BoJack’s relationships took the backseat in favor of his addiction, with dangerous consequences. After his sister HollyHock flushed his pills, BoJack deliberately crashes a car so he could be hospitalized and get a new prescription. He also physically assaults his girlfriend and co-star Gina. The season ended with BoJack finally realizing the depth of his problem and checking himself into rehab.

The first half of BoJack Horseman S6 shows BoJack turning over a new leaf. He went to rehab. He made amends. He questioned whether or not he deserved to make those amends. BoJack is finally trying to grow as a person (um. . .horse). 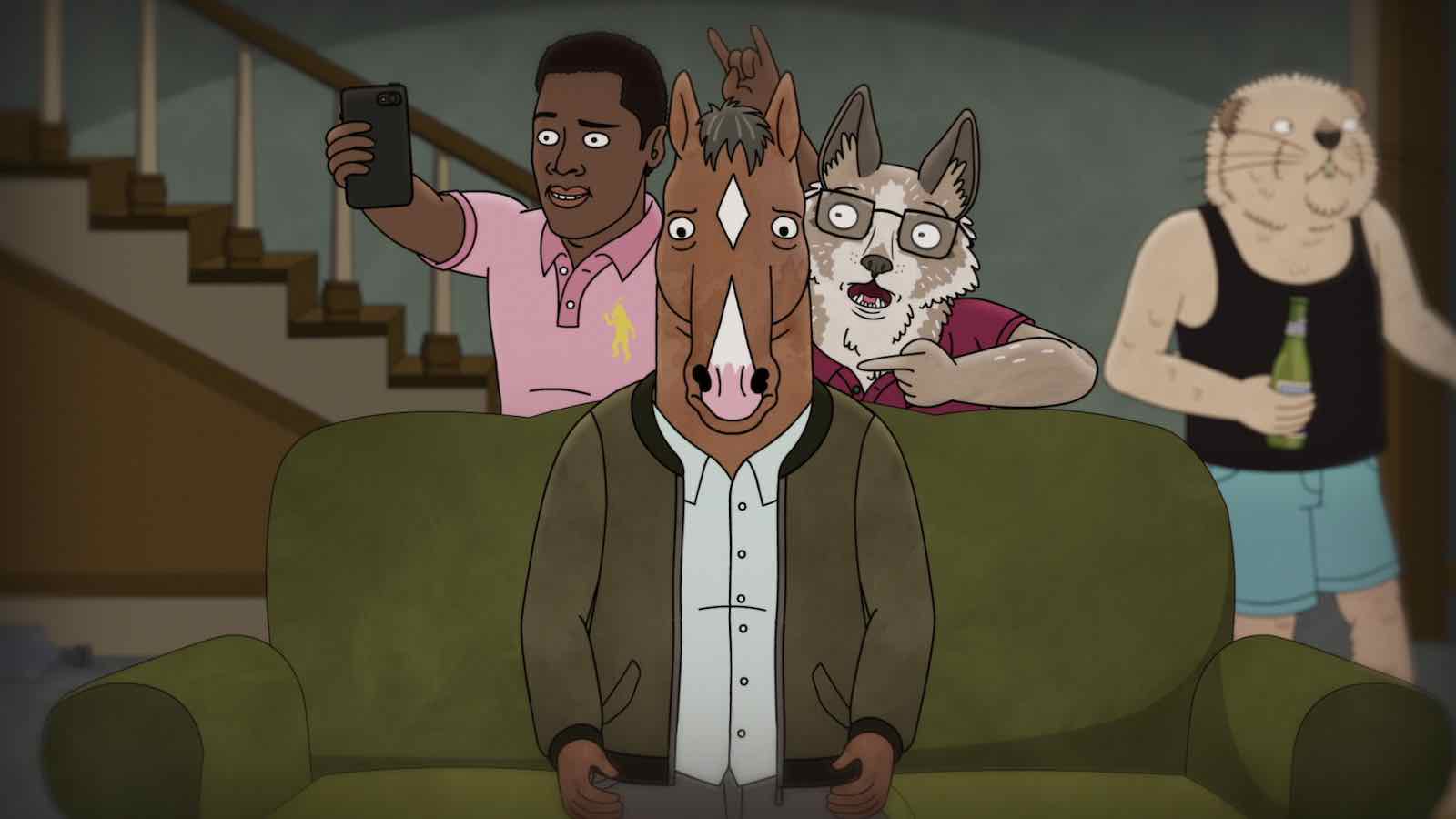 Season 6 of BoJack Horseman gives fans hope for BoJack’s lasting recovery. Finally using the tools he has available to him, S6’s BoJack has his life on an upward path at last. He recognizes his toxicity and removes himself from his friends’ daily lives until he’s safe to reengage. However, BoJack still has to take responsibility for his many prior mistakes.

The first part of S6 sets the stage for BoJack Horseman to be forced to confront his demons. In the past, BoJack has spiraled when he starts blaming himself for everything, believing that he will inevitably hurt people. Will he be able to deal with his past without slipping back into his addiction?