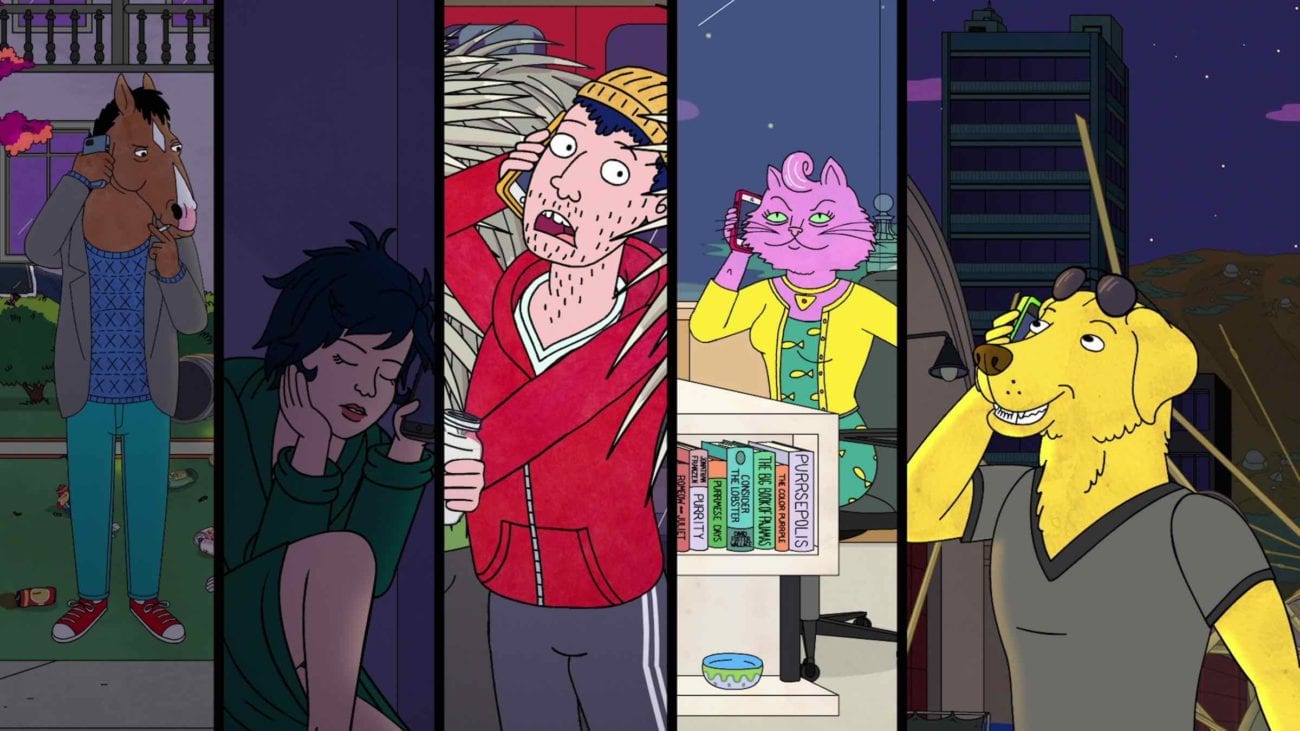 Is Diane going to die? All the best ‘BoJack Horseman’ season 6 fan theories

It’s the end of an era on Netflix. The show that allowed Big Mouth, Tuca and Bertie, and F is for Family to get as big as they are, BoJack Horseman will get its curtain call later this month. The second half of the final sixth season premieres on the streaming service January 31st and has a lot of questions to answer.

Where the first half of season six left off, BoJack’s past involving a certain underaged fawn and the death of Sarah-Lynn is being unearthed by some nosy reporters. 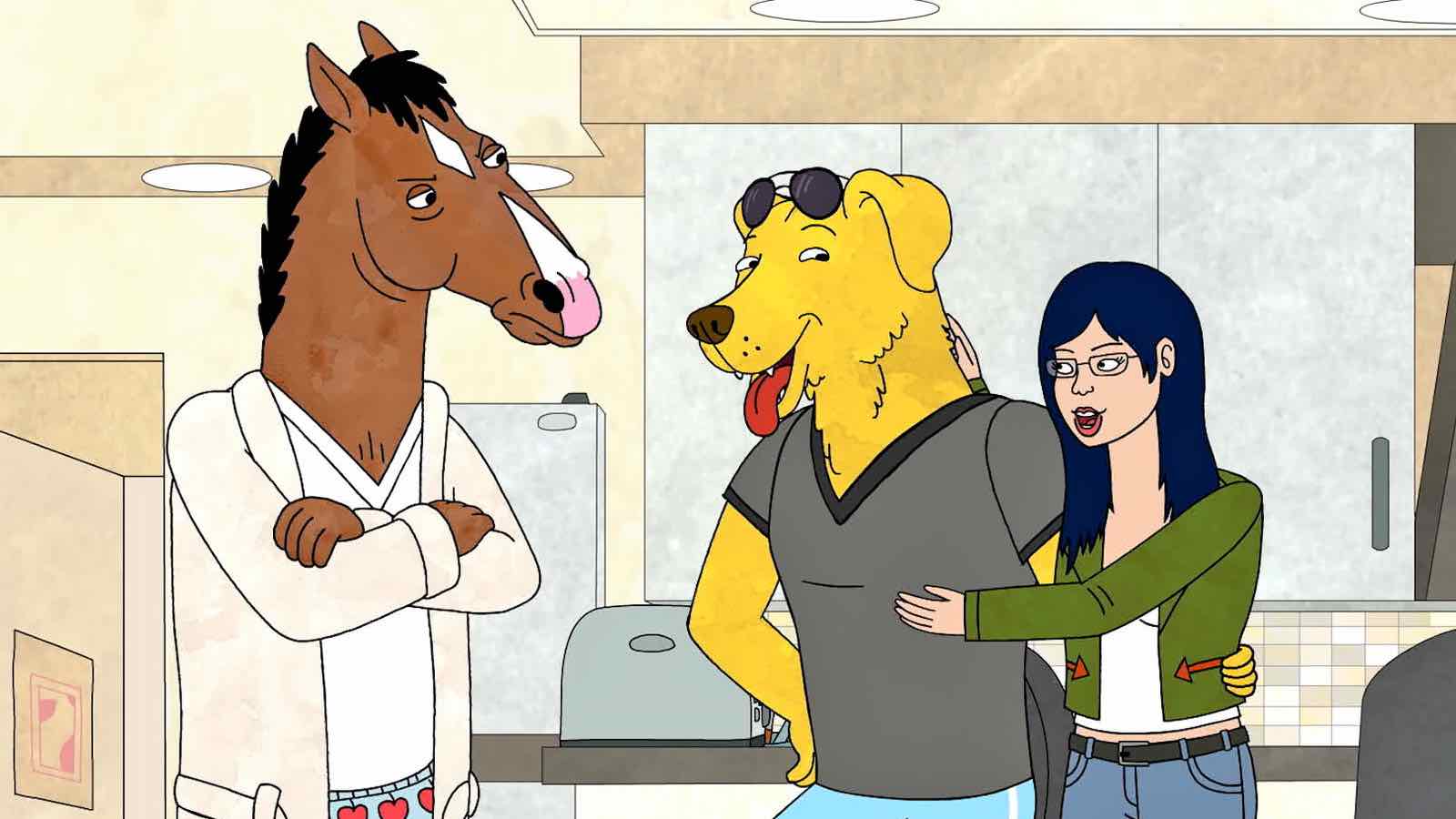 On top of that, Diane is trying to move to Chicago but having so many issues with depression it doesn’t make a difference where she is. Oh, and don’t forget Mr. Peanutbutter being the face of depression (despite him never suffering from the illness a day in his life)!

With a lot of trouble on the horizon for our Hollywoo residents, it’s no surprise most of the theories about how the show will end are dark. Creator Raphael Bob-Waksberg has made it clear that the story he wants to tell doesn’t always have a happy ending. But some of these theories get really gothic – such as the following. 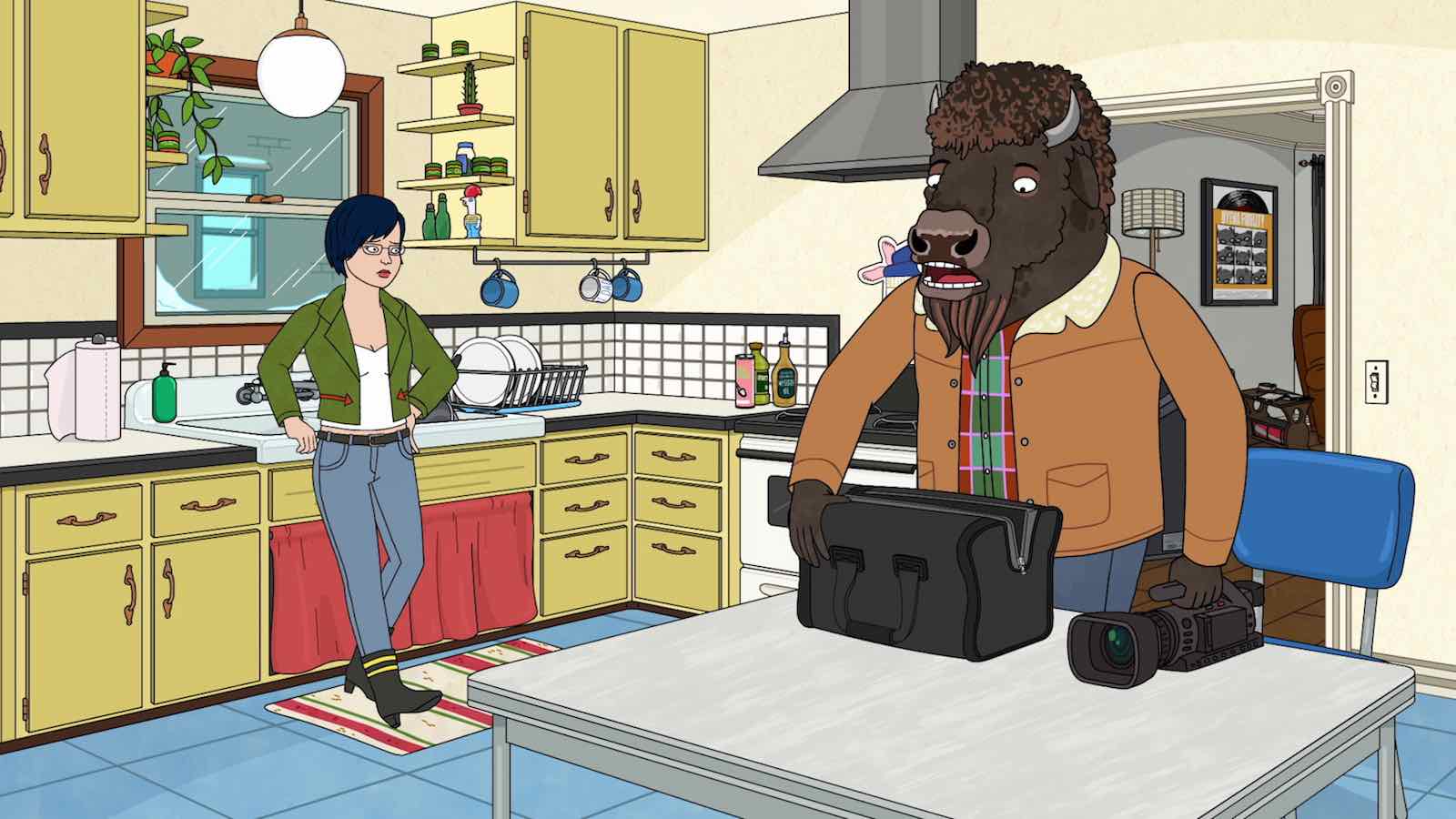 BoJack Horseman is no stranger to death. It’s also no stranger to foreshadowing death. Sarah-Lynn’s tragic overdose was foreshadowed as far back as season one. But the death of Diane? It sounds like a stretch, but it wouldn’t be surprising based on her current situation.

Back in S5, an episode is told through Diane’s perspective while in a session with her therapist. To protect everyone’s names for HIPPA reasons, everyone in the show gets a weird name, like Mr. Chocolate Hazelnut Spread, or Bobo the Angsty Zebra. Diane’s name gets changed to Diana, Princess of Wales for the sake of privacy.

Obviously, everyone knows the tragic past of the real Princess Diana, but also interestingly enough, the final words spoken to Diane by her therapist are “Go out like a candle in the wind!” Is it a subtle nod to the Elton John song about the Princess, or a more sinister reference? It wouldn’t be surprising if we end up at Diane’s funeral in these last few episodes. 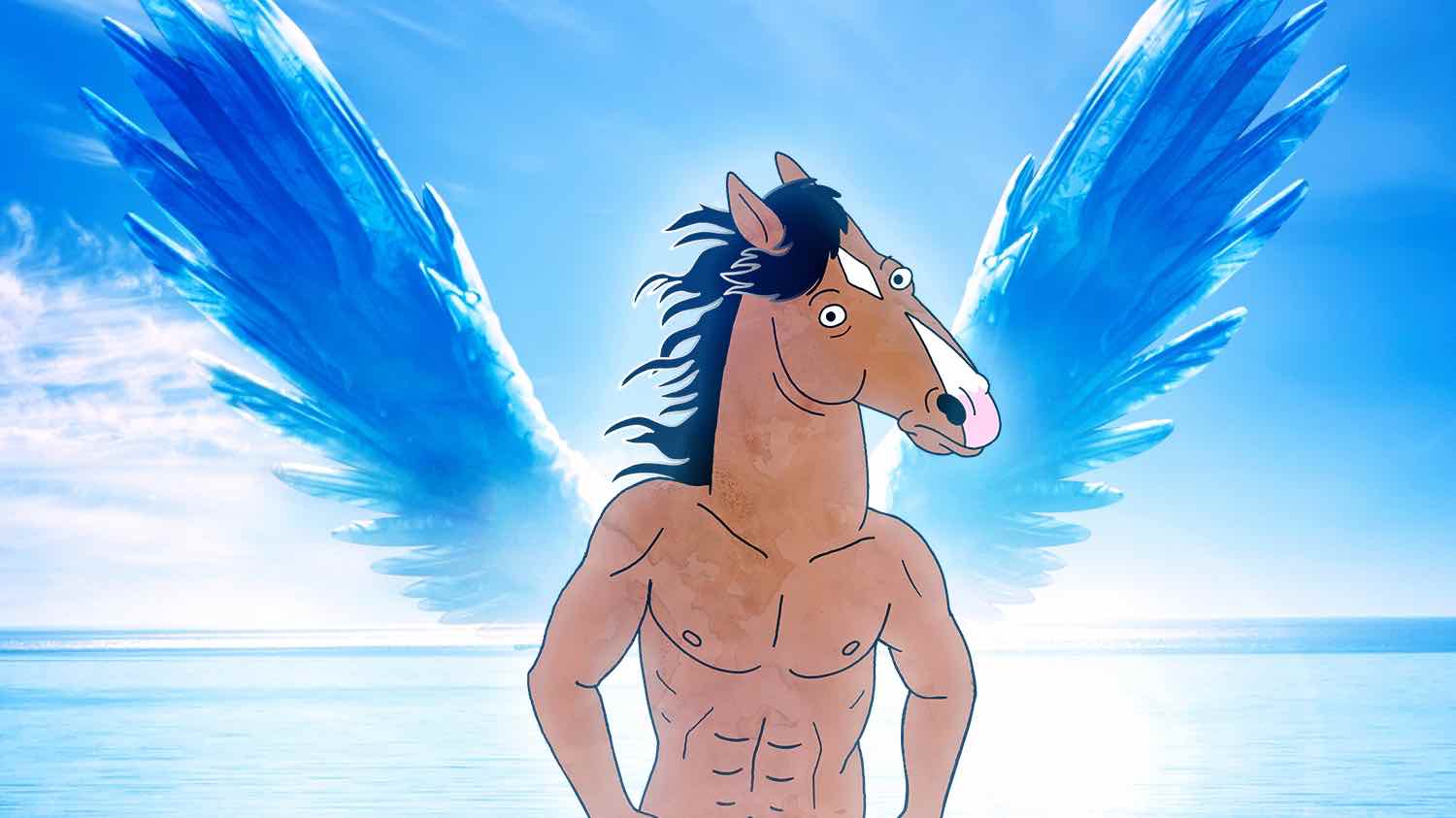 BoJack (Will Arnett) runs off into the sunset after making amends

One of BoJack’s main tasks in season six is apologizing for his behavior in general. After his stint in rehab, BoJack tries to make amends with everyone in his life, even reaching out to old friends from the Horsin’ Around days. He’s no stranger to leaving everyone behind with no warning.

BoJack’s destiny is to leave the drama of Hollywoo behind according to this theory – especially if the truth about his part in Sarah-Lynn’s relapse and the near-relations with young Penny, BoJack will want to hide away permanently. But in a complete 180º, he’ll use his lessons from rehab to leave Hollywoo for good and retreat to his parents’ old cabin or run with the horses again. 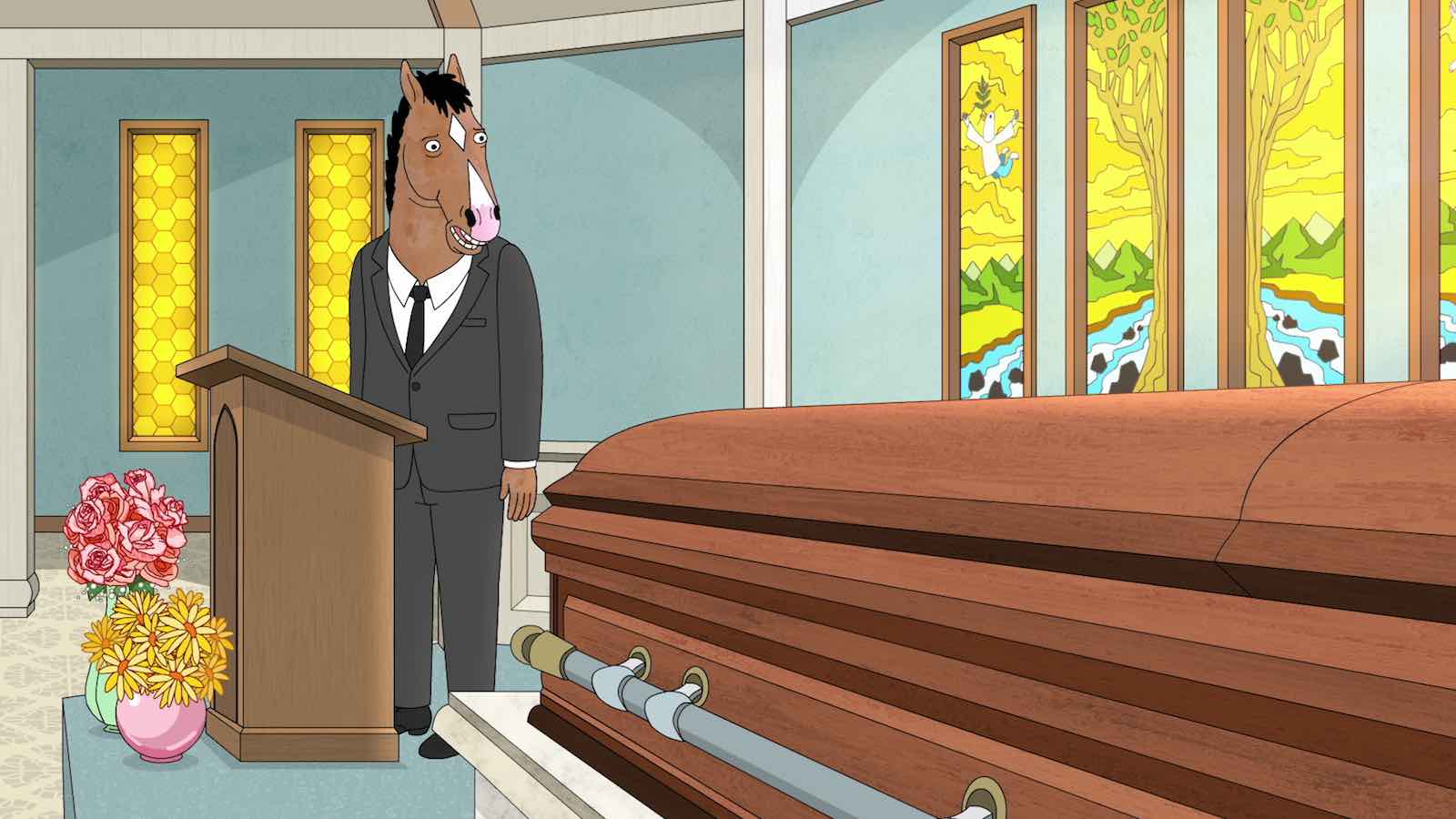 Of course, not every theory has BoJack coming out alive. The second most popular theory after Diane’s death is BoJack’s suicide. Given how much BoJack has gone through in the past six seasons, he has a lot of trauma inside. We’ve seen how low he’s been able to go, but we haven’t seen him attempt anything as serious as suicide.

While his suicidal tendencies have been implied, we’ve never seen BoJack act on his feelings. But what if the news coming out about his dark past ruins him? While he’s come to terms with who he is, he still desires affection from others and needs to be told by other people he’s good. When he loses that, he’ll lose his self-worth – and it wouldn’t be a huge jump to suicide from there. 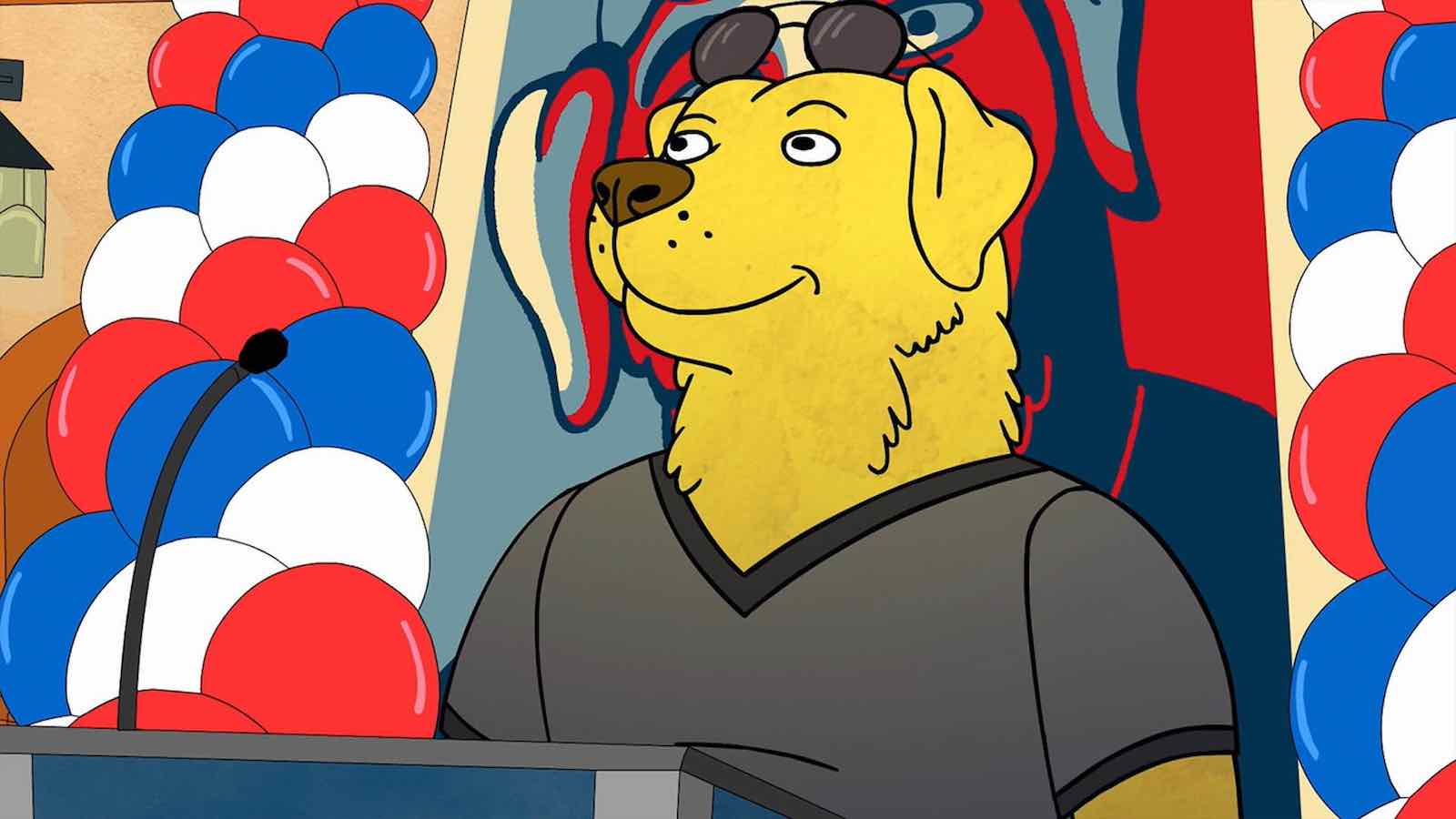 One of the most satirical events of BoJack’s final season is Mr. Peanutbutter, the happy-go-lucky dog, becoming the face of depression thanks to a terrible meme. While depression and mental illness are often discussed in the public eye, they’re not always given the proper perspective and therefore look silly.

Behind the scenes between Pickles and Mr. Peanutbutter there’s trouble in paradise. Pickles finds out about Mr. Peanutbutter’s two-night stand with Diane, so she goes on a spree of sleeping with random men to cheat back. But it ends up getting to Mr. Peanutbutter by the end of the season with his breakdown.

We’ve always seen Mr. Peanutbutter as a happy man, even when life isn’t going right for him. But considering how screwed up everyone else is on the show, it’s only right if he becomes depressed too. In true BoJack fashion, showing how even happy-looking people can still be depressed would be the perfect way to close out the show. 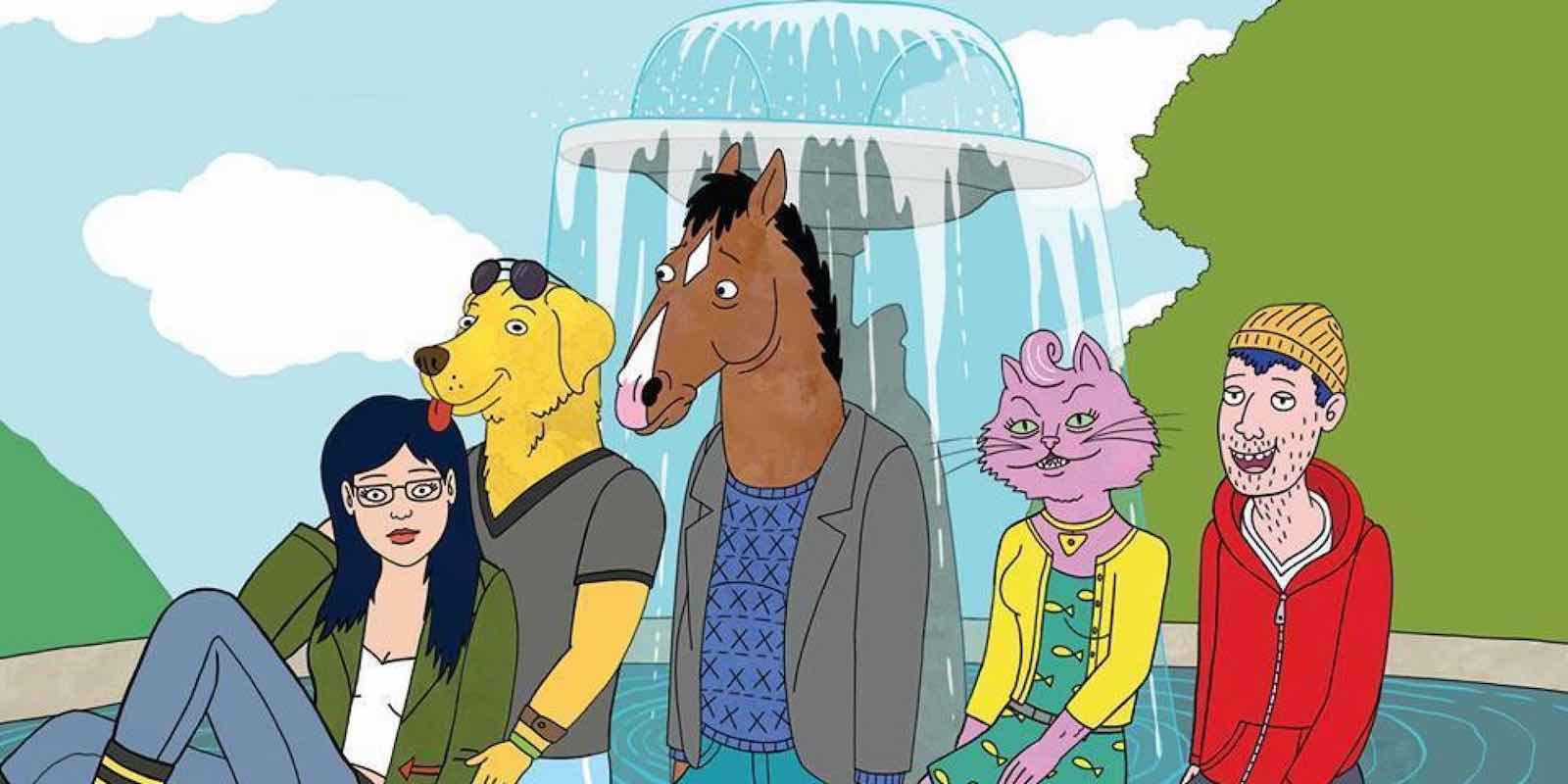 Our five leads represent the five stages of grief

Now this doesn’t necessarily have anything directly to do with the final season, but it could show us how each character comes to their personal ending. In case you don’t remember, the five stages of grief are denial, anger, bargaining, depression, and acceptance. See if you can guess which character is which before scrolling down.

Mr. Peanutbutter is definitely denial. No matter how miserable everything is, Mr. Peanutbutter refuses to look on the bad side. Even when life punches him 100 times, he puts on a smile, ignoring his true feelings. No wonder Diane becomes furious with him. Thanks to her childhood trauma, Diane lives her life angry at the world, constantly calling out injustices.

Our working mom Princess Carolyn (Amy Sedaris) is bargaining, as she tries to find a happy balance between good and bad. She works hard to find happiness. We don’t think you need an explanation of how BoJack is depression. Lastly, Todd (Aaron Paul) is acceptance: he takes the world as it is and goes with it. Most of his wacky schemes are just Todd trying to find a place in this world as it is.