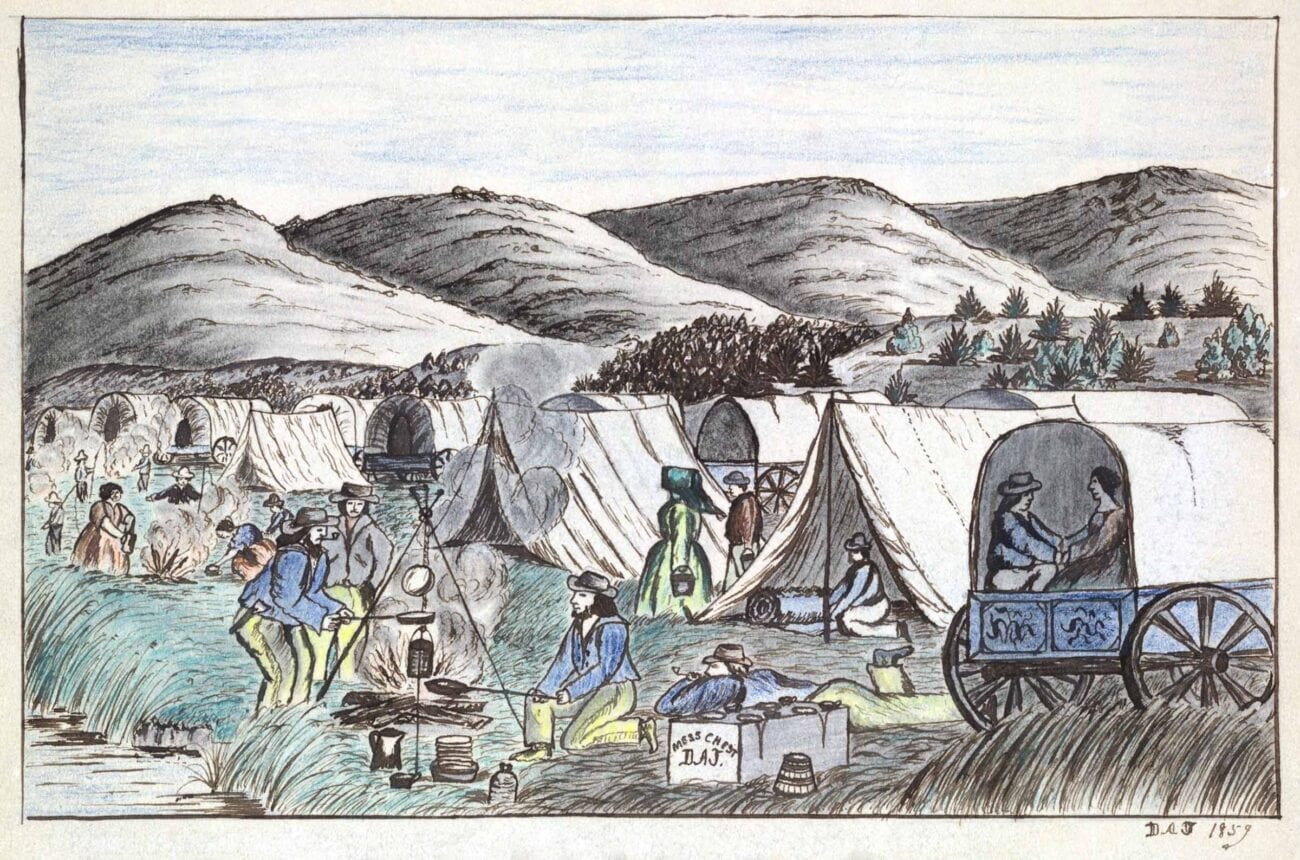 The Donner Party: A terrifying tale of modern cannibalism

First hearing the story of the Donner Party, it’s natural to think it’s some kind of tribute to Jeffery Dahmer by someone who can’t spell Dahmer. But over a century before Dahmer was even born, travellers in the west were getting a hankering for human flesh when supplies were running low.

This may sound like some fictional old west adventure, but the Donner Party was a 20 wagon group of California bound emigrants from Missouri. As the group travelled to the sunny state of CA, disaster struck wherever it could on their journey. It’s no surprise the group turned to cannibalism to meet their needs.

No margin for error

When it came to travelling for California, the trail to the sunny state had a certain time frame when people could travel. For someone in Missouri to get to the state before it snowed, the group would need to leave by late April at the earliest.

The Donner Party left May 12th. If they wanted to get to the state before snowfall, they had no room for error. They had to be using every second of their time to progress towards California. Even one wrong turn would mean the difference between life and death for the group.

So naturally, the first big mistake of the group is taking an unverified shortcut. Adding a full month to the group’s arrival time, the five extra days it took to cut through saved no time, and had to be burned down by the Donner Party for them to even be able to get through. 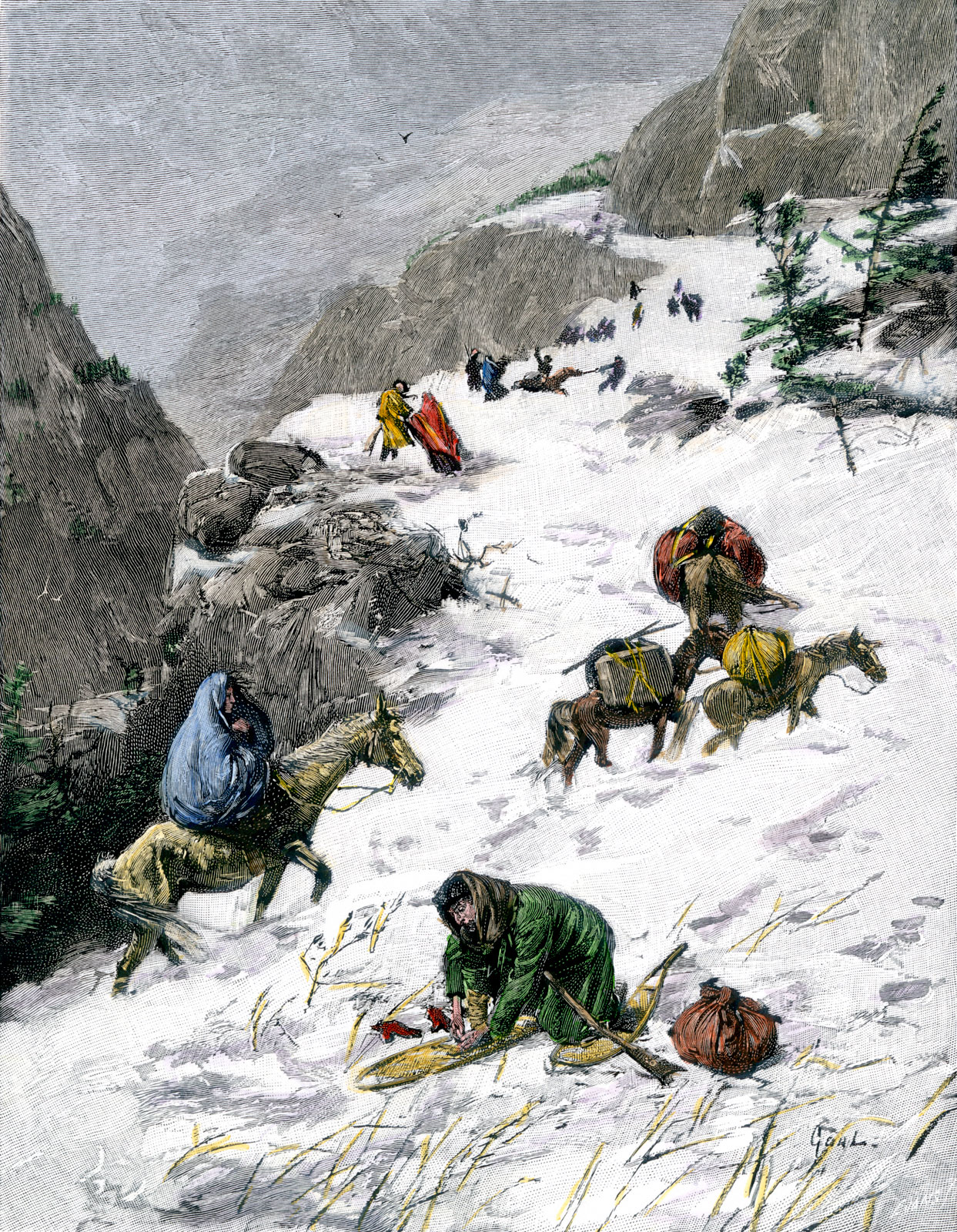 Snow is the enemy

After clearing the not-a-shortcut, the Donner Party had relatively smooth sailing until November 1846. The 20 wagon group made it to Sierra Nevada, meaning there was only 100 miles to go on their journey. But just as hope would set in, snow came early to the mountains.

Paths that were clear the day before were now icy and covered in feet of snow. Knowing they couldn’t get through the mountains in this weather, the group left for Truckee Lake nearby and waited it out in cabins and ramshackle tents. But after a month of waiting it out, it became clear the group would need food and supplies to survive. 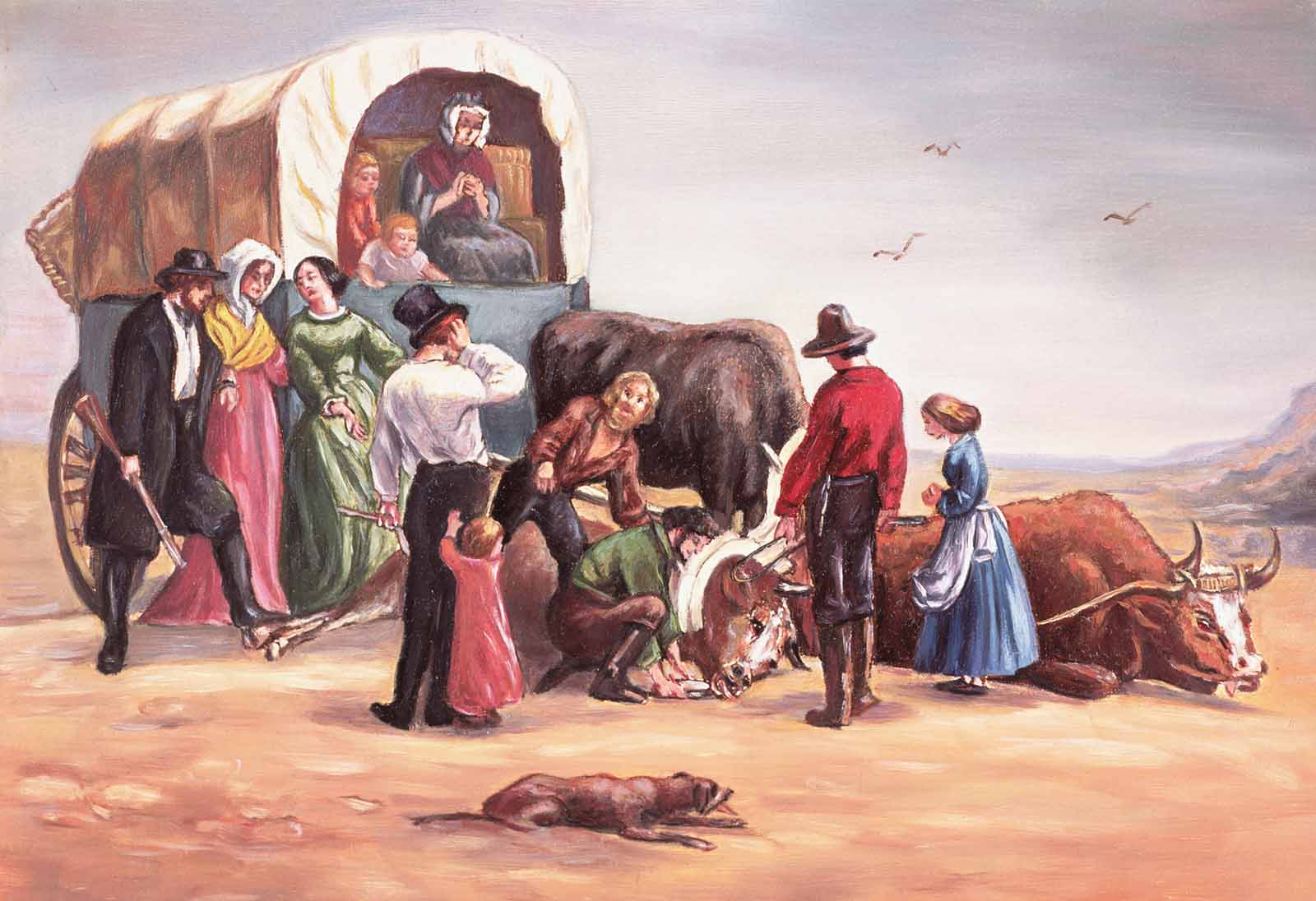 With a large majority of the Donner Party being children, it’s clear the group needed to find food, and quickly. December 16th, 15 of the team’s members left trying to find resources or better— help. But several days went by, the group was unsuccessful, and on the verge of starvation. There was only one option: cannibalism.

Members of the 15 party help team first tried to work out some system on how they could sacrifice themselves or decide who would be eaten. But a few of the members naturally passed away, so the group feasted on the dead. Thanks to the meat, seven of the group’s surviving members had the strength to make it to CA for help. 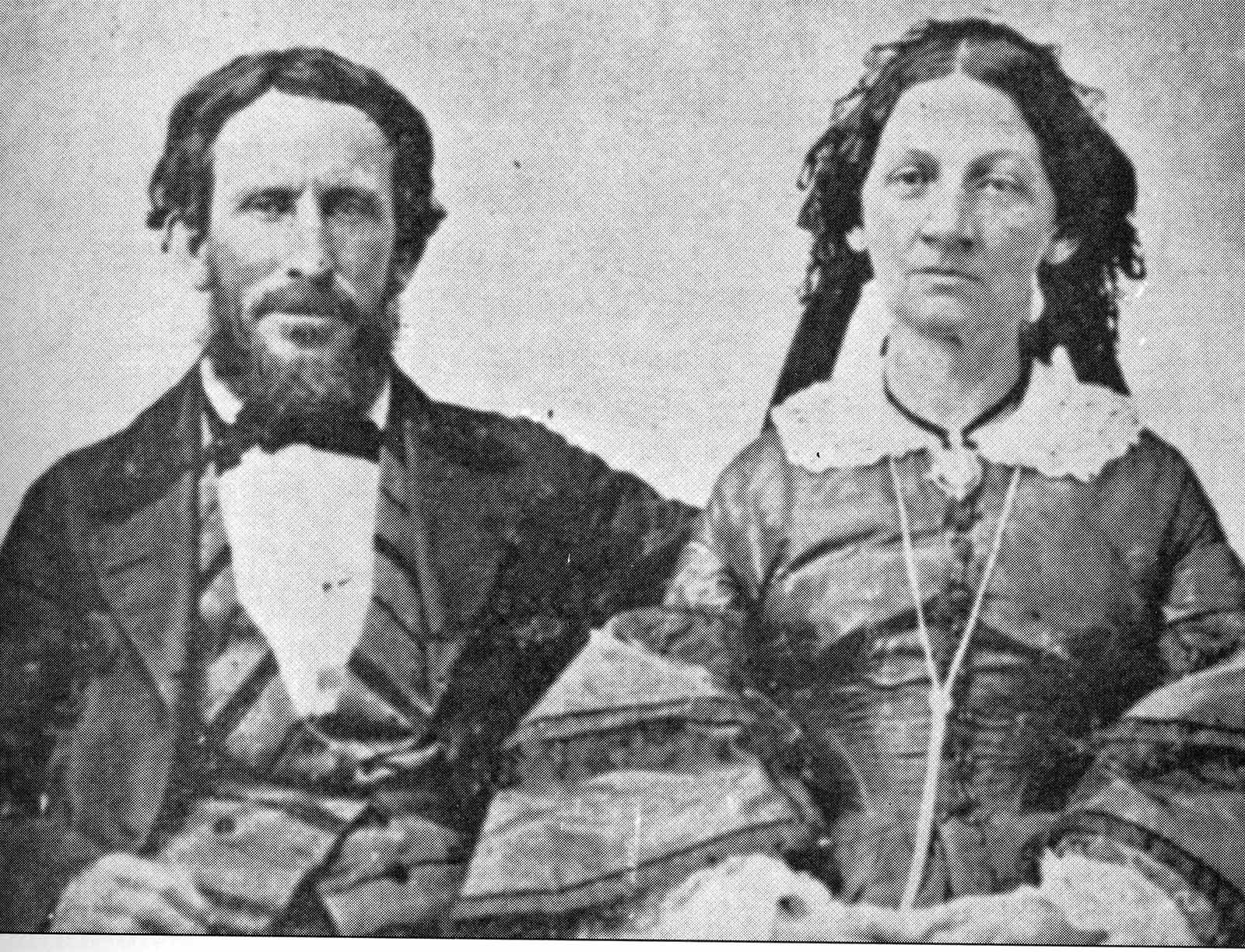 Now underway, the “Forlorn Hope” expedition had the seven members and two California Indians bringing back supplies and help to the camp in Nevada. But the two new members caught wind of the cannibalistic tendencies. They ran away out of fear, but one of the members tracked them down and killed them.

While waiting for the group to return, those camping at Truckee Lake ate nearly everything under the sun besides human flesh. Cat, shoe leather, wood, whatever they had, they cooked. Two months later, the two groups reunited in Truckee Lake. But there was still more to go. 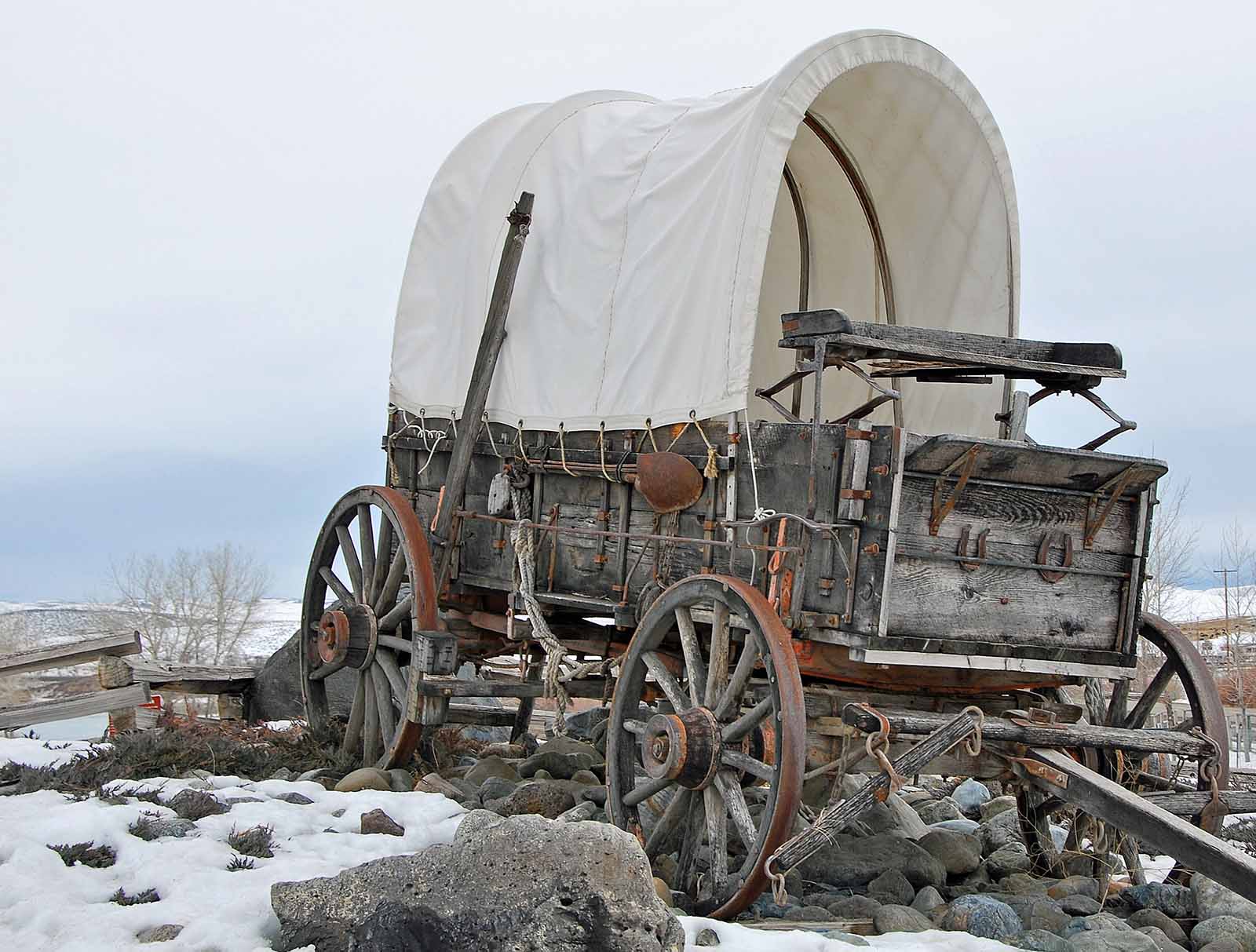 Sure, the people could walk through the snow, but the farm animals couldn’t. Plus, some people were too weak to make the journey to CA. It took five months to get everyone out of Truckee Lake and take them to California. During one of their trips though, a Donner Party member found another group that left some children behind. He left them and the few adults to the party’s camp.

By the time the Donner Party found freedom, nearly half the group was gone. Out of 81 travellers, only 45 lived to see another day. Specifically, all but two of the single travellers died from a combination of factors, while several families lost members. Only two families managed to skate buy without a single death. But that doesn’t take away from the bloodshed that fateful winter.