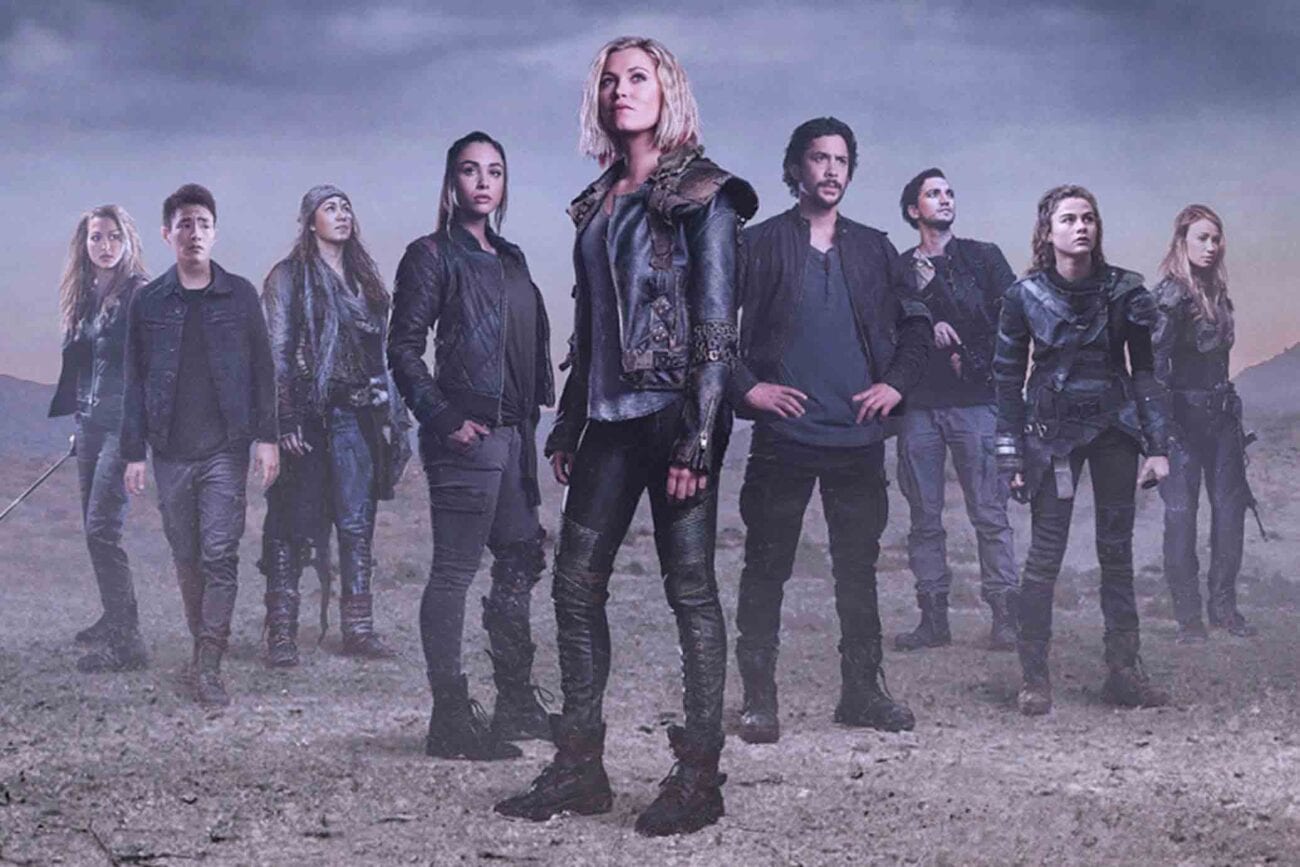 The 100 has been on the air for almost a decade. The show began in 2014 and has since aired six full seasons. Just last week The CW show began its seventh and final season. For followers of the show this end is bittersweet.

We’ve come to adore the insane storylines and the complicated characters, but we know the longer the show continues the more likely the show will begin to feel tired.

So, while we respect the need for the show to end at some point, we will most definitely miss post-apocalyptic politics, shocking character deaths, and scenes where Bellamy & Clarke have been torn apart and are forced to search for one another. Here are all the things about The 100 we will miss once the series finale has aired. 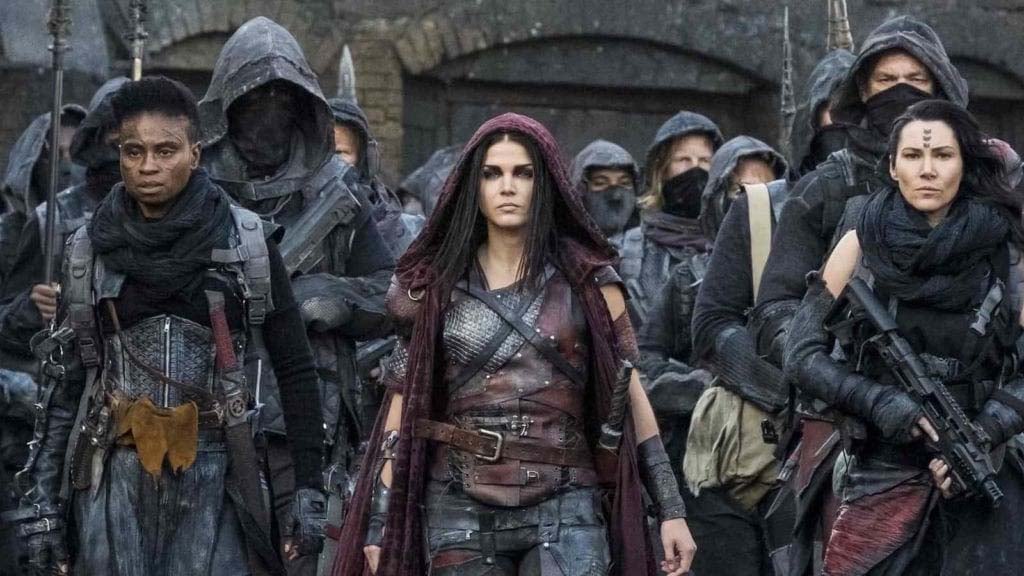 The 100 is absolutely rife with great female characters. In fact, you would be hard-pressed to find a woman on the show who wasn’t a strong character and an interesting person. The show’s lead, Clarke (Eliza Taylor), is of course Wanheda – also known as the Commander of Death. You really can’t get a more badass name than that.

Octavia Blake (Marie Avergeropoulos), the girl who grew up under space station floorboards, and delved into a rebellious streak once she made it to Earth eventually became the leader of an entire underground society. Sure, Octavia made some pretty poor choices, but she was – possibly is – a phenomenally written character.

Indra (Adina Porter) is a warrior who has only known war, a mother who is trying to repair her relationship with her daughter, and a sage advisor. She is such an interesting character that nobody can sing her praises enough. We’ll end our list of amazing women in The 100 here, because otherwise, we’ll pretty much never stop. 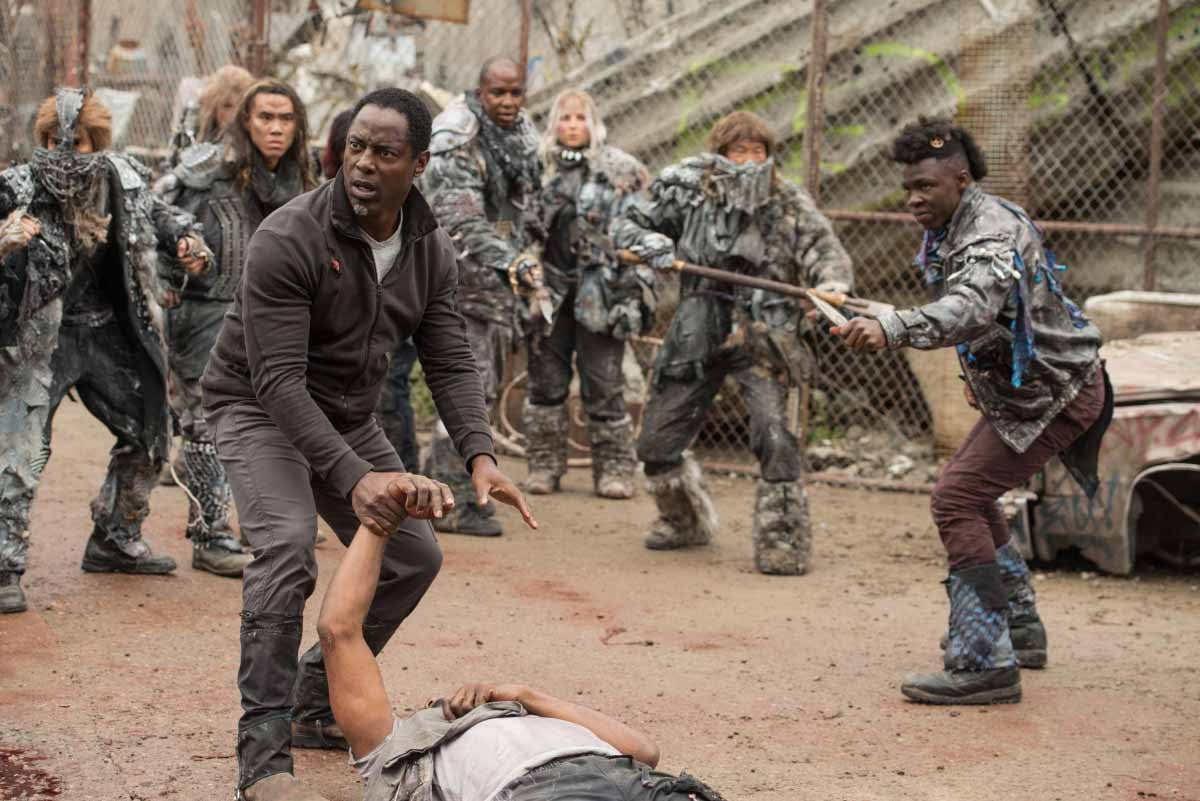 If we want to be completely honest with ourselves, The 100 has been recycling the same formula for seasonal story arcs since the beginning. It starts with a surprise of new people, and then war and political negotiations abound while moral questions and clashing belief systems are thrust upon everyone.

Later seasons introduced the addition of our ensemble cast of main characters being separated and working for most of the season to reunite – only to be separated once again the next season.

This isn’t a bash on the show, if anything it should be awe-inspiring. Somehow The 100 has managed to tell what is essentially the same story seven different times and managed to keep it interesting. 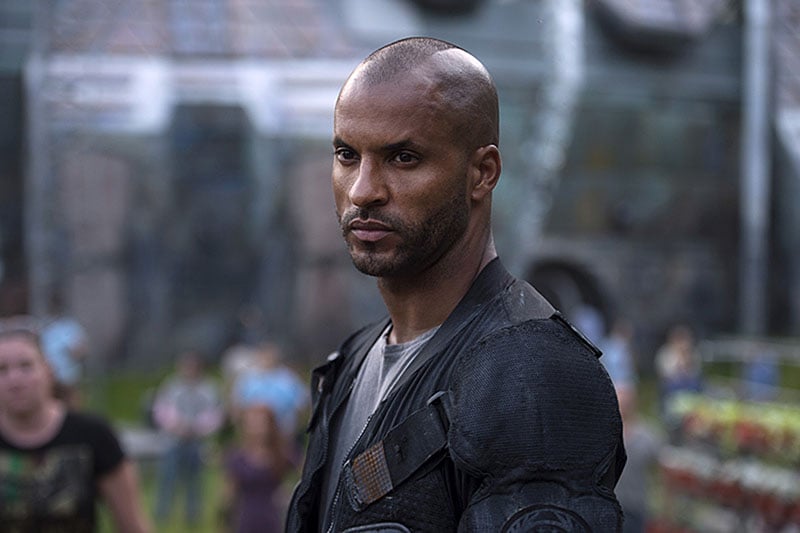 The show made it pretty clear from the onset they weren’t afraid to kill off their characters. A lot of shows you can watch comfortably, knowing no matter what disaster of a situation your beloved main characters are in, they’ll come out alive on the other side. The 100 on the other hand? They’ll permanently kill off any character the plot dictates.

This has done two things for the show – the first is it keeps viewers on edge. They know anyone is fair game and could be gone before they know what’s hit them. It makes every moment with your favorite character precious, and makes fans feel truly fearful when the characters are met with dangerous situations.

The second thing this has done for the show is it keeps the show somewhat grounded. If everyone always made it out of every situation alive it would take from the gritty volatile world(s) the characters live in. The world wouldn’t seem as bad or as treacherous as it is. 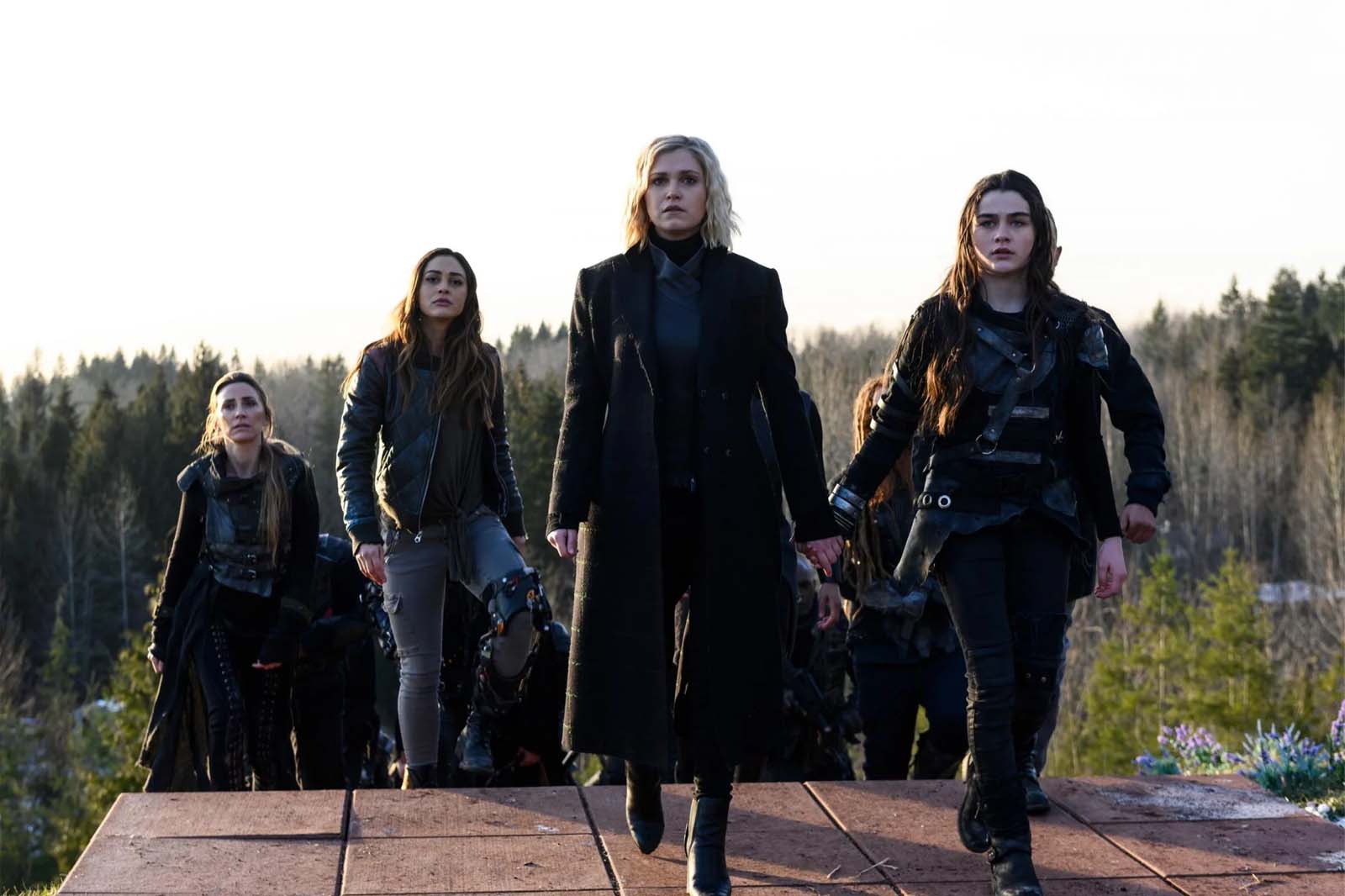 A story to keep you on your toes

While The 100 has managed to use a similar formula for seasonal arcs, the show has avoided predictability without breaking a sweat. Okay, maybe they broke a sweat – but the sweat paid off. The show has taken twists, turns, loop-de-loops, and occasionally even hard u-turns.

If someone were to watch the first season and then the sixth season, without knowing anything about the show, they probably wouldn’t even think the seasons were from the same series. The show has evolved over time, growing with the characters, perhaps becoming a little more eccentric, and has left chaos everywhere it goes.

The 100 isn’t quite like anything else on TV and it has given us fans a slot on the television schedule to look forward to. 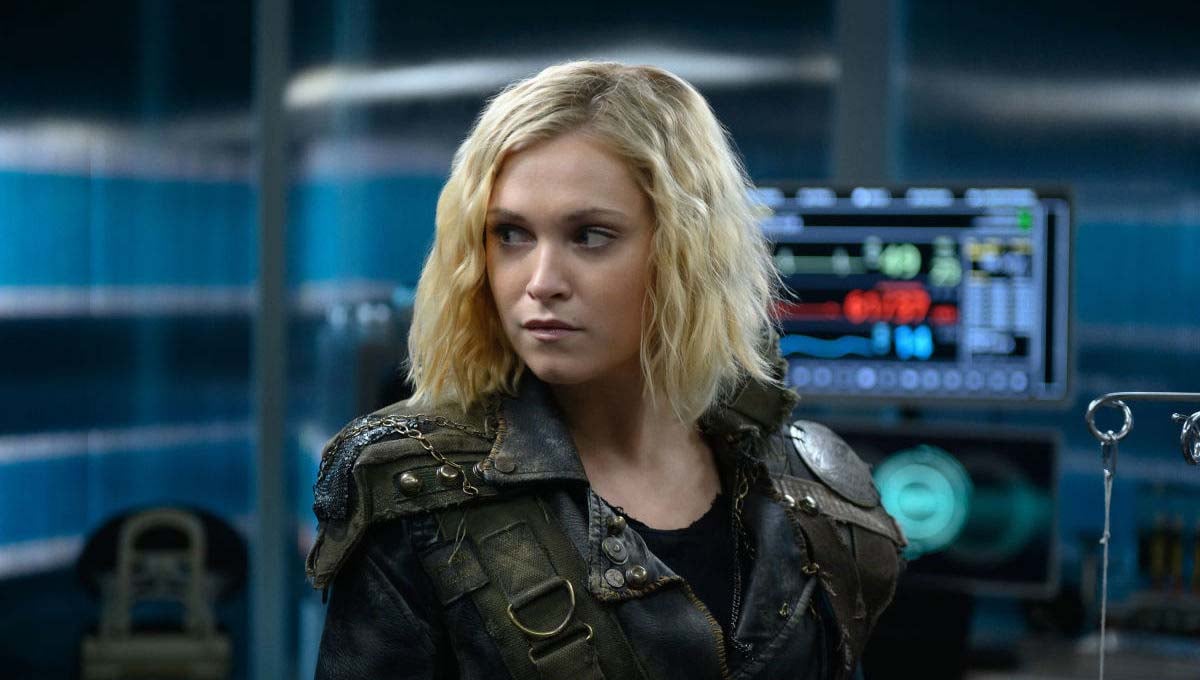 We’ll also miss Clarke because she has been an amazing example of how to write a bisexual character without making that her defining trait. It’s part of who she is, but it was never made a big deal about, and never once did Clarke have to “come out”.

Clarke is a big badass who just so happens to date people regardless of gender. We’ll miss seeing her indiscriminately slay enemies and hearts. 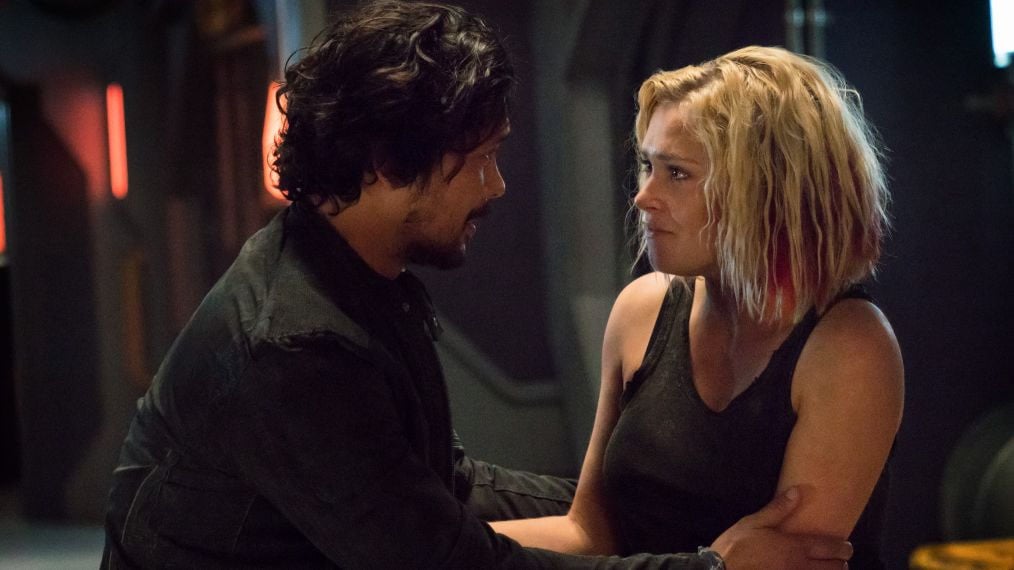 A will-they-won’t-they ship for the ages

Whether you ship Bellarke or not, you have to admit they have been one hell of a will-they-won’t-they ship. From day one Bellamy (Bob Morley) and Clarke have had fiery chemistry, which was only ever rivaled by the pairing of Clarke with Lexa.

Clarke and Bellamy have fought with each other, but always manage to come back around in time to fight side by side. And any time the two get separated (which feels like always) they fight tooth and nail to get back to each other, only to embrace and cry.

Their heart to hearts are earnest and raw after all they’ve been through together and it’s hard for many fans to imagine them not getting together by the end of the show. (Echo who?) It also doesn’t help that actors Eliza Taylor and Bob Morley married each other in real life within the last year.

The 100 has been a unique show not just for The CW, but for television in the last decade, and saying goodbye will not be easy. There are so many great aspects to the show which will leave us fans searching for something similar to The 100, but likely forever coming up empty. If you’d like to test your knowledge about all seven season of The 100 we recommend this Quizondo quiz.