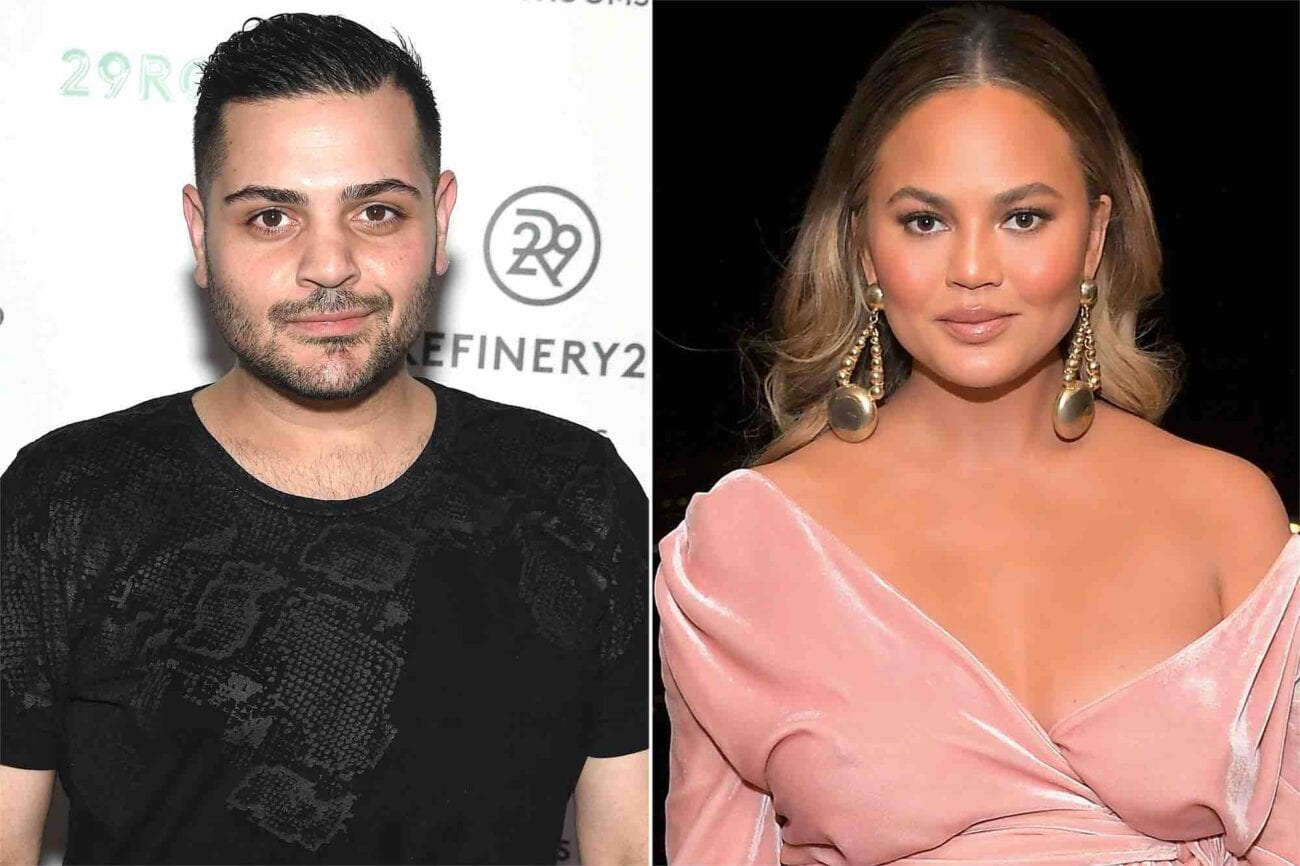 In the world of celebrities, Chrissy Teigen has been in some scalding hot water recently. In May, Teigen was accused of bullying & baiting Courtney Stodden: a model & performer best known for their marriage at 16 to an actor decades older than them. Teigen has publicly apologized for her actions against Stodden, but they said that they never received a private one from Teigen.

This spun-off, as such scandals often do, into other people coming forward. One of them is Michael Costello, a designer, who said this week that Teigen had bullied him as well. He said that Teigen saw a photoshopped racist comment made by him and proceeded to bully him to the point of suicidal ideation. But, well, Teigen, apparently, does not remember it happening like that.

And she has the DMs to back it up.

No idea what the fuck michael costello is doing. He just released a statement where he didn’t at ALL acknowledge how fake the dm’s were, & now claims to have emails that don’t exist. So while he conjures those up (hopefully with someone more talented in fakes this time), here: pic.twitter.com/Y9FjJAY3Xw

John Legend, Teigen’s husband, took to Twitter pretty much immediately to defend his wife. In a tweet that has been taken down, Legend wrote, “Chrissy apologized for her public tweets, but after her apology, Mr Costello fabricated a DM exchange between them. This exchange was made up, completely fake, never happened.” Legend also linked to a Business Insider article that debunked Costello’s claims.

Chrissy Teigen also took to Twitter to defend herself with it. She brought the real receipts of her conversations with Costello, which painted the DMs in a very different light. Looks like the tweets will not be getting Chrissy into hot water this time. It may, in fact, be the key for getting her out of it. She also had a statement from her agents as well, further debunking Costello’s tweets.

She wrote, “No idea what the fuck Michael Costello is doing. He just released a statement where he didn’t at all acknowledge how fake the DMs were, and now claims to have emails that don’t exist.” And the DMs Chrissy posted show very innocuous & friendly conversations. 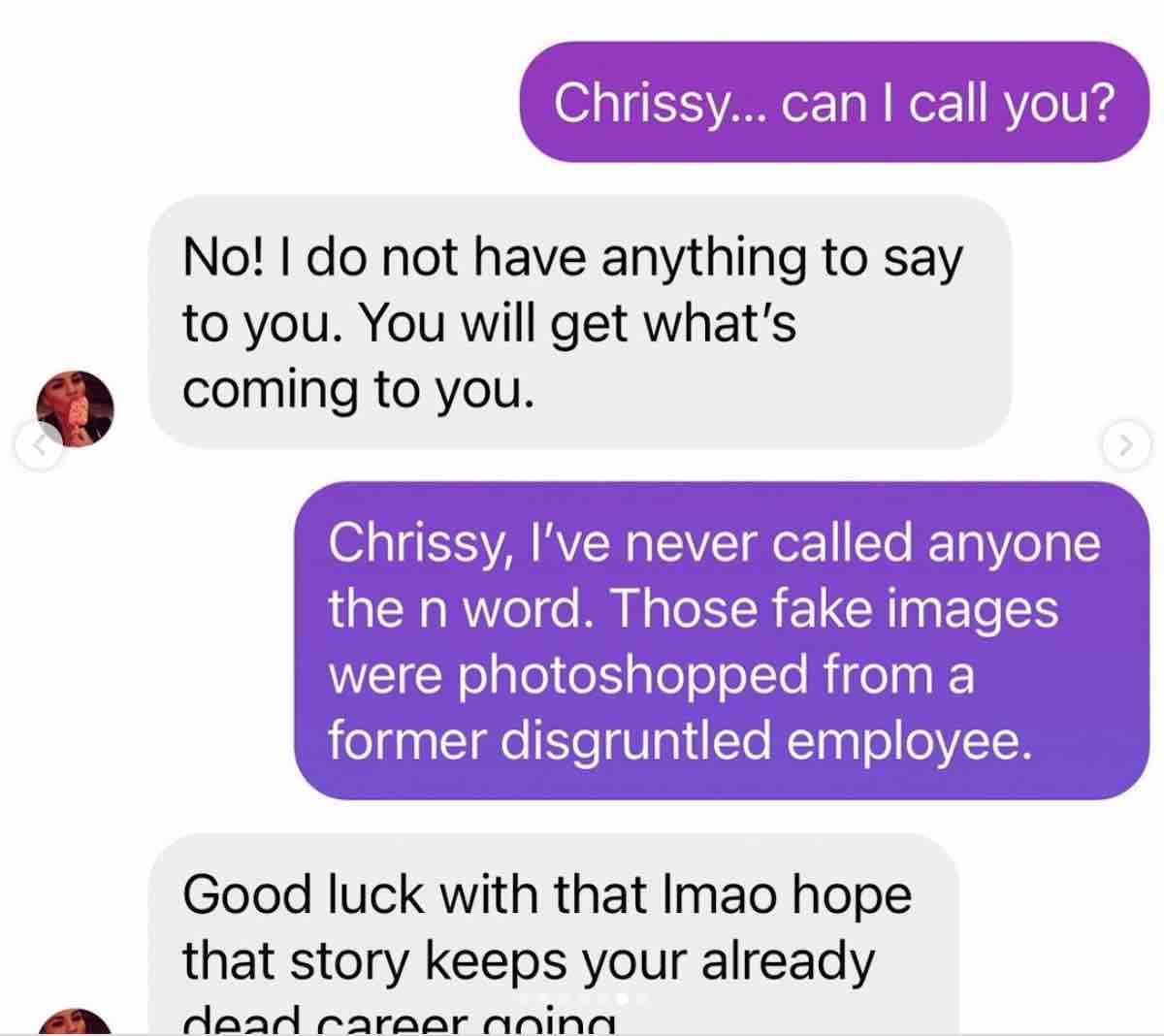 Costello, however, has doubled down on his claims about Chrissy Teigen. On Friday, Costello posted the following statement to his Instagram, which read, “The fact that Chrissy Teigen and her crisis team are working so hard, so strategically to come out against the DMs she sent me, and to downplay the comments she publicly posted on my Instagram, only proves that she is the same bully she has always been.”

Costello doesn’t look like he will be letting anything go any time soon, especially any tweets from Chrissy Teigen. Whether or not his claims are true, it will come out in time, you know? So we’ll see who is in the right on this one. Though Teigen did take responsibility for her actions against Stodden. If she did something similar with Costello, then she probably would have too, right? 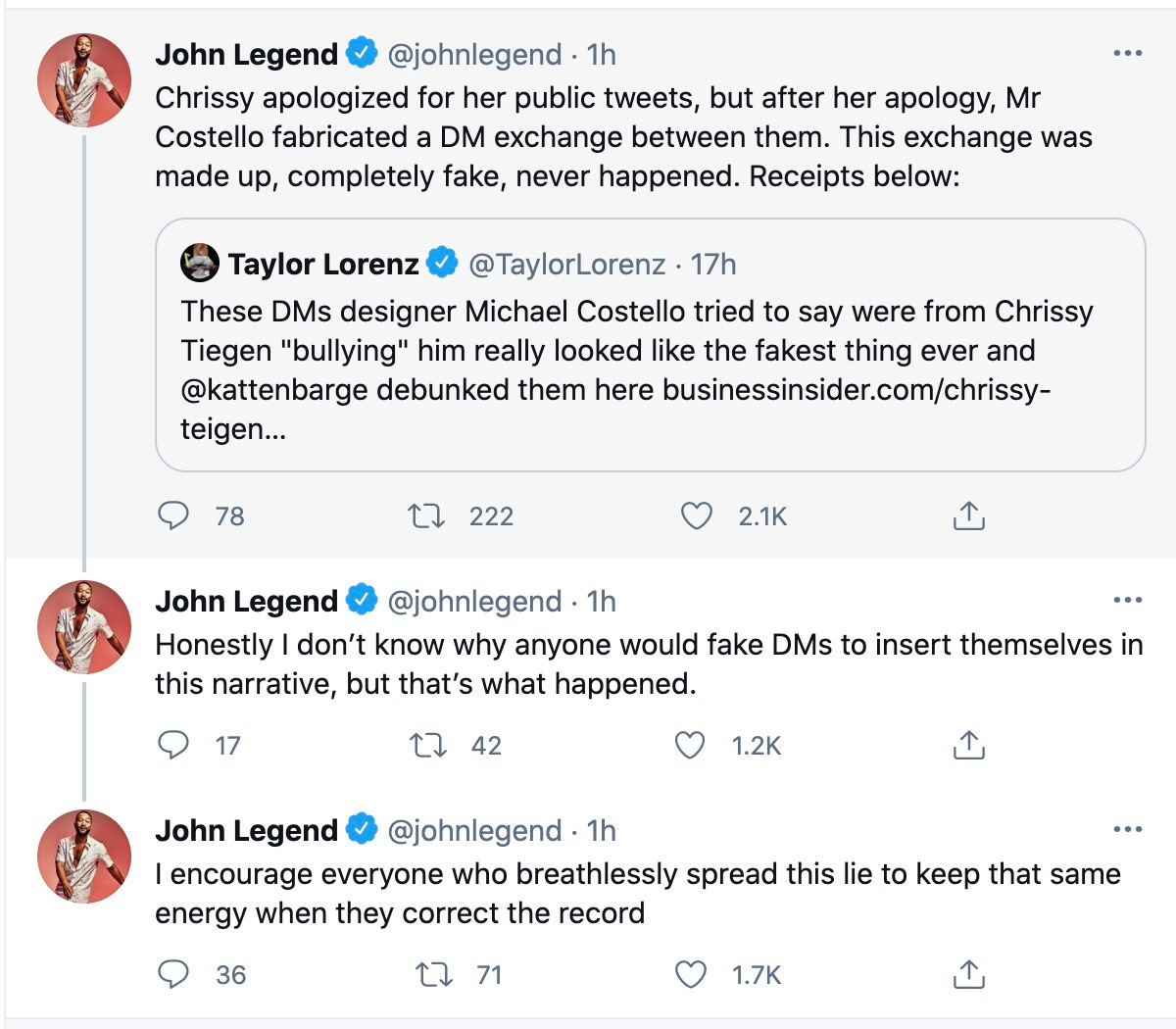 Yes! That’s all for the moment anyway. It looks like the feud? Falling out? Battle of the wits? Whatever you want to call it, this thing with Teigen & Costello will still be going on for the time being. While Chrissy Teigen should be held accountable for past behavior, which she is, if Costello is lying about things, then, well, he needs some sort of help because that’s not cool, dude.

Ultimately, we just shake our heads and wonder, why do people even care about this stuff? Aren’t you all just tired of it at this point?

What do you think about Chrissy Teigen & Michael Costello? Do you think that her tweets debunking his claims are legit? Let us know your thoughts in the comments down below! We’d love to hear them.