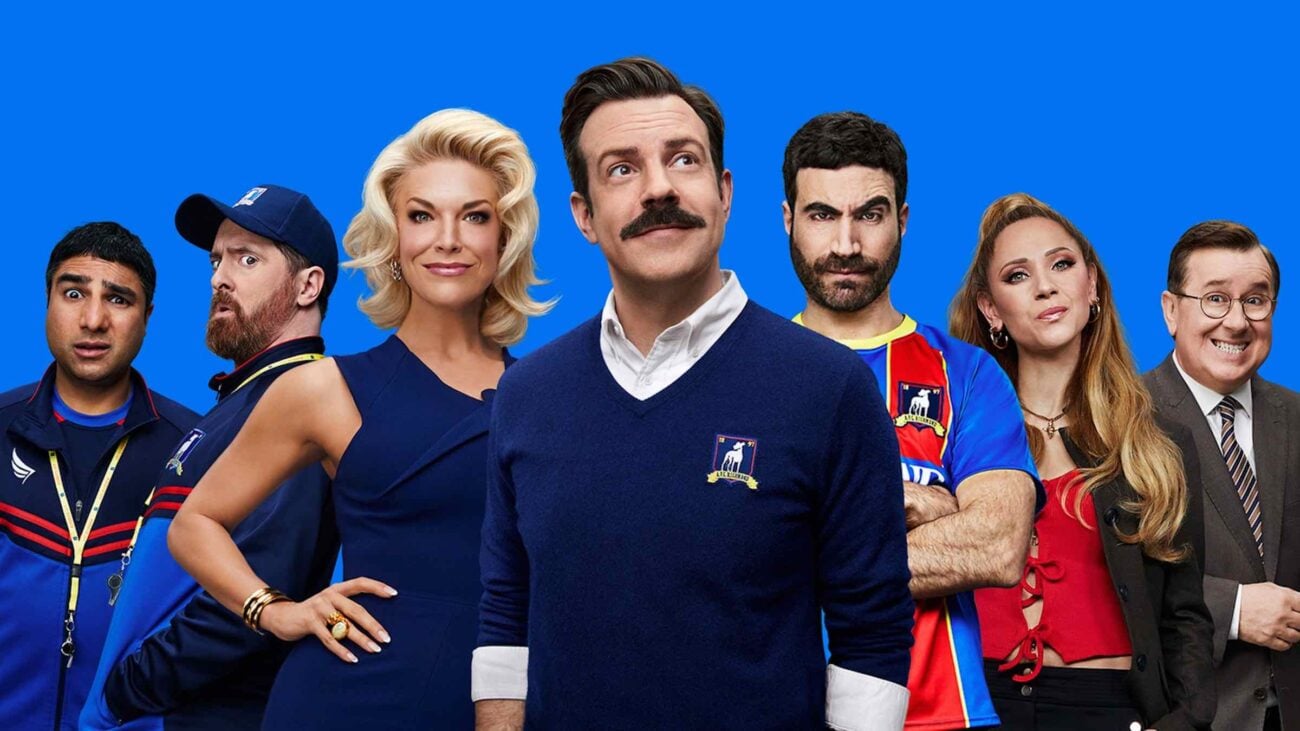 Ted Lasso season three is in the works, with hype for new episodes at an all-time high. Actor Brendan Hunt took to Instagram to tease fans with a photo of him & star Jason Sudeikis. In the snapshot, the two appear to be about to board a private jet. With the caption, Hunt left Ted Lasso fans salivating for new episodes, saying, “Here we go.”

Hunt, who stars as Coach Beard, is a key member of the award-winning program’s cast. Many believe that the fifty-year-old actor’s social media post is a sign that he & Sudeikis are headed back to England to begin production for season three. There’s good reason for the Ted Lasso fandom to speculate that more episodes are on the way. 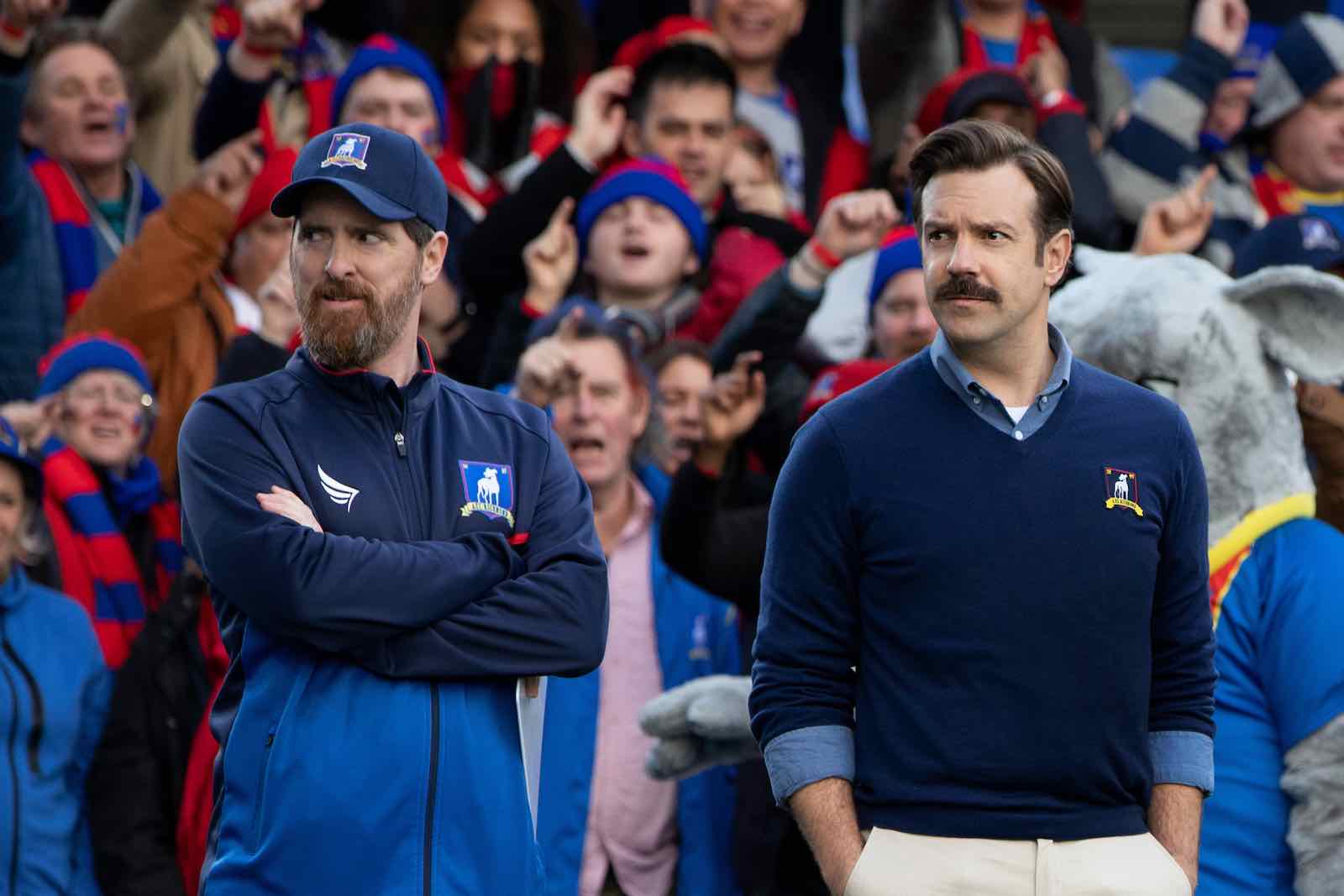 Back in October 2021, Jason Sudeikis told Entertainment Tonight that the writer’s room for Ted Lasso season three was already working. Additionally, the former Saturday Night Live cast member remarked that production would begin in 2022. However, when talking to ET’s Nischelle Turner, the Ted Lasso co-creator had little to say about future episodes.

Sudeikis, who portrays Coach Lasso himself, said, “I feel like a real coach when I have to tell folks you can’t look at season 4 when we’re in the middle of season 3.” Sudeikis continued, “We can’t worry about the championships when we’re in the first round of playoffs, you know?” The sports references didn’t stop there when it came to talking about Ted Lasso.

The forty-six-year-old comedian added, “We got to take it one game at a time.” Sudeikis also acknowledged that “many factors” would go into Ted Lasso getting more episodes after season three. Fans are hopeful that rumors about the upcoming season being the last are false. Despite this, Sudeikis urged fans to focus on the present moment. 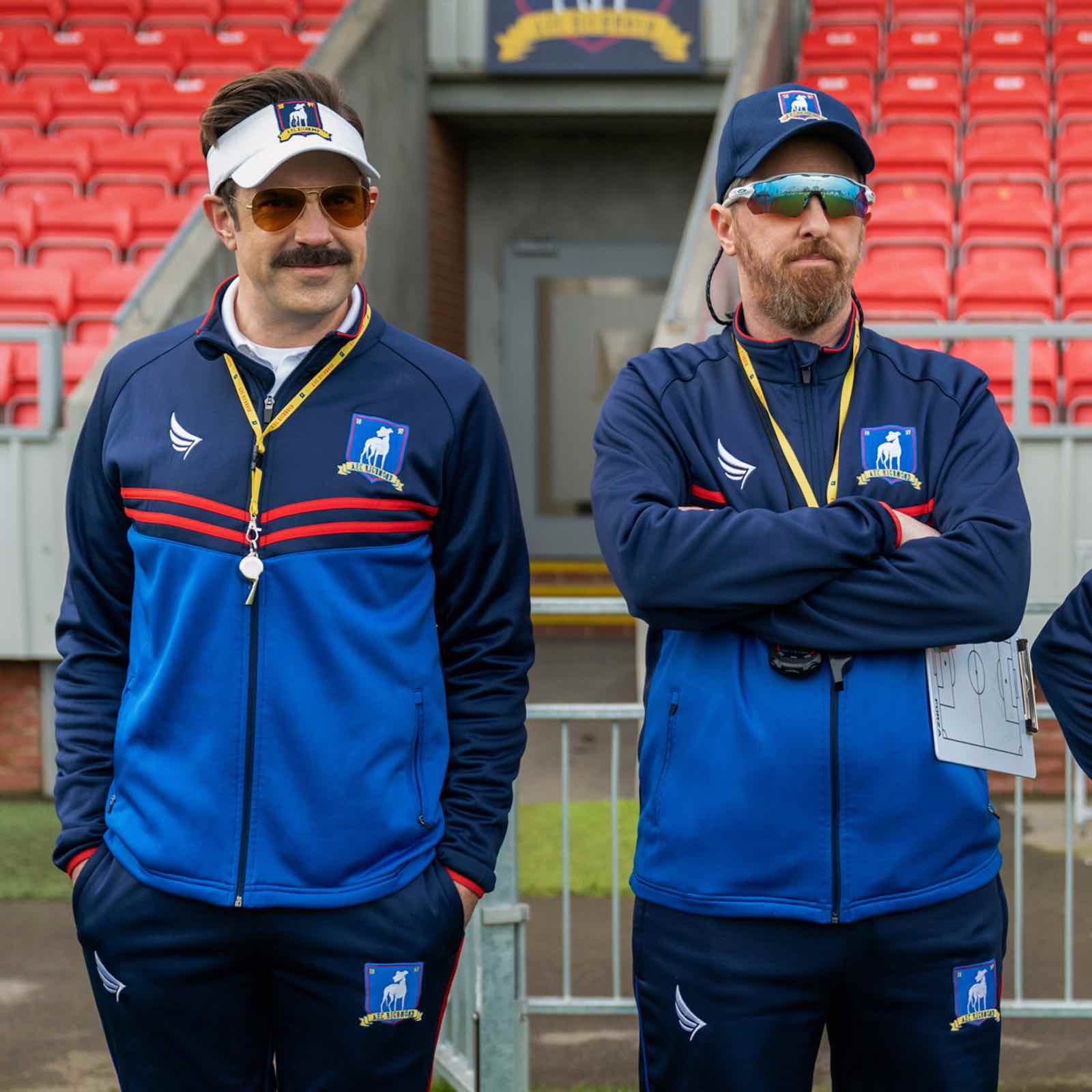 The Kansas-raised actor said, “As cliche as that may sound, there’s actually truth. It’s hard to think about what to do in the distant future when you’re trying to deal with what’s right in front of you.” At the moment, Ted Lasso is one of the most popular & critically acclaimed comedy series on streaming. Yet what’s the show’s future? 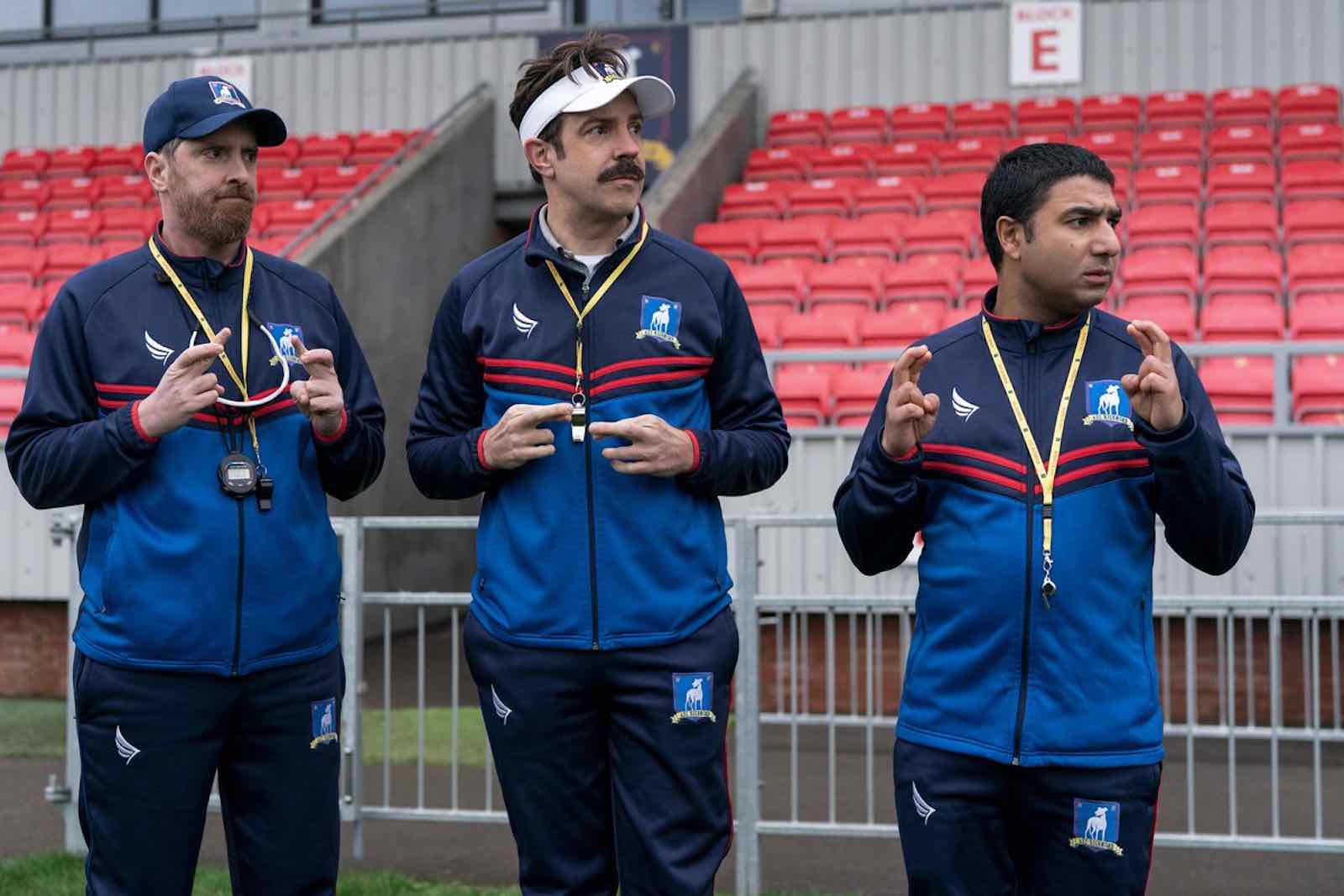 At the end of Sudeikis’ interview with ET, the star & executive producer for Ted Lasso joked about possible spin-offs for the Apple TV+ series. Sudeikis suggested that his co-stars & friends Hannah Waddingham & Juno Temple could be a formidable, “crime fighting duo.” Sign us up for that show right now.

Sudeikis disclosed, “I think that’s one of the neatest things about the show, at least for me.” He went on, “To watch over and over these performances by these amazing actors, this great cast. I really enjoy watching every single one of them and it’s so fun on the writing side just to pair up anybody.” Even Sudeikis is a huge fan of his show.

For Jason Sudeikis, his work is about the lasting impact that Ted Lasso could have on the culture. The media renaissance man brainstormed, “Literally, take any two of them and kind of like [mix them up], it’s fun to think about.” We’re fairly certain that Sudeikis isn’t the only one thinking of the possibilities in the Ted Lasso universe. 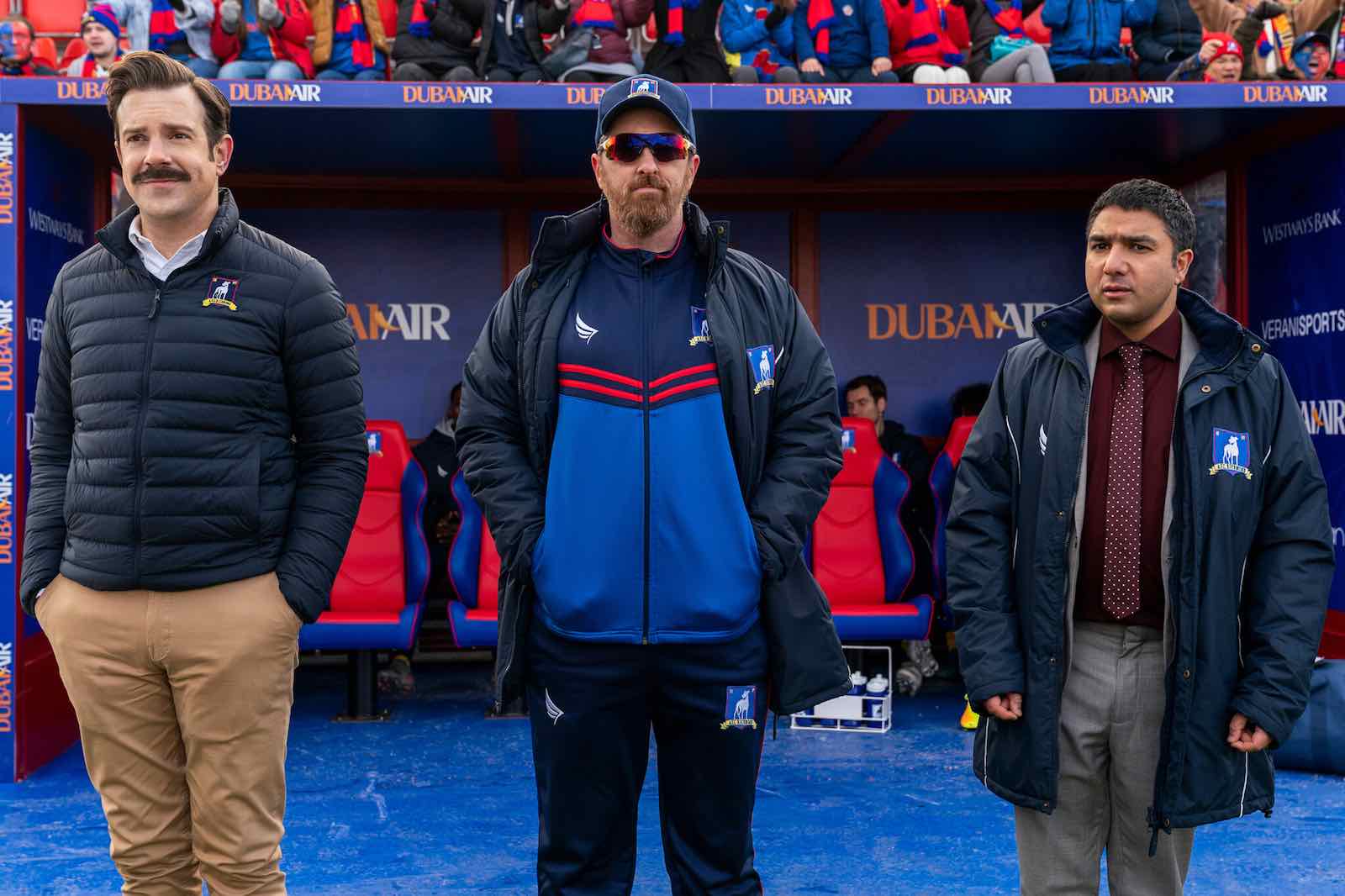 The face of Ted Lasso teased fans even further with his plans for the future. Sudeikis closed, “So, I mean, I would love for the first show to have six different spinoffs.” If you’re a fan of this soccer comedy, then try not to faint when you think of that.

You can stream episodes from Ted Lasso seasons one & two on Apple TV+ right now. It might be a good time to catch up on the show because judging by Brendan Hunt’s post, production for season three might be starting soon. What’s your favorite moment from Ted Lasso? Let us know in the comment section!