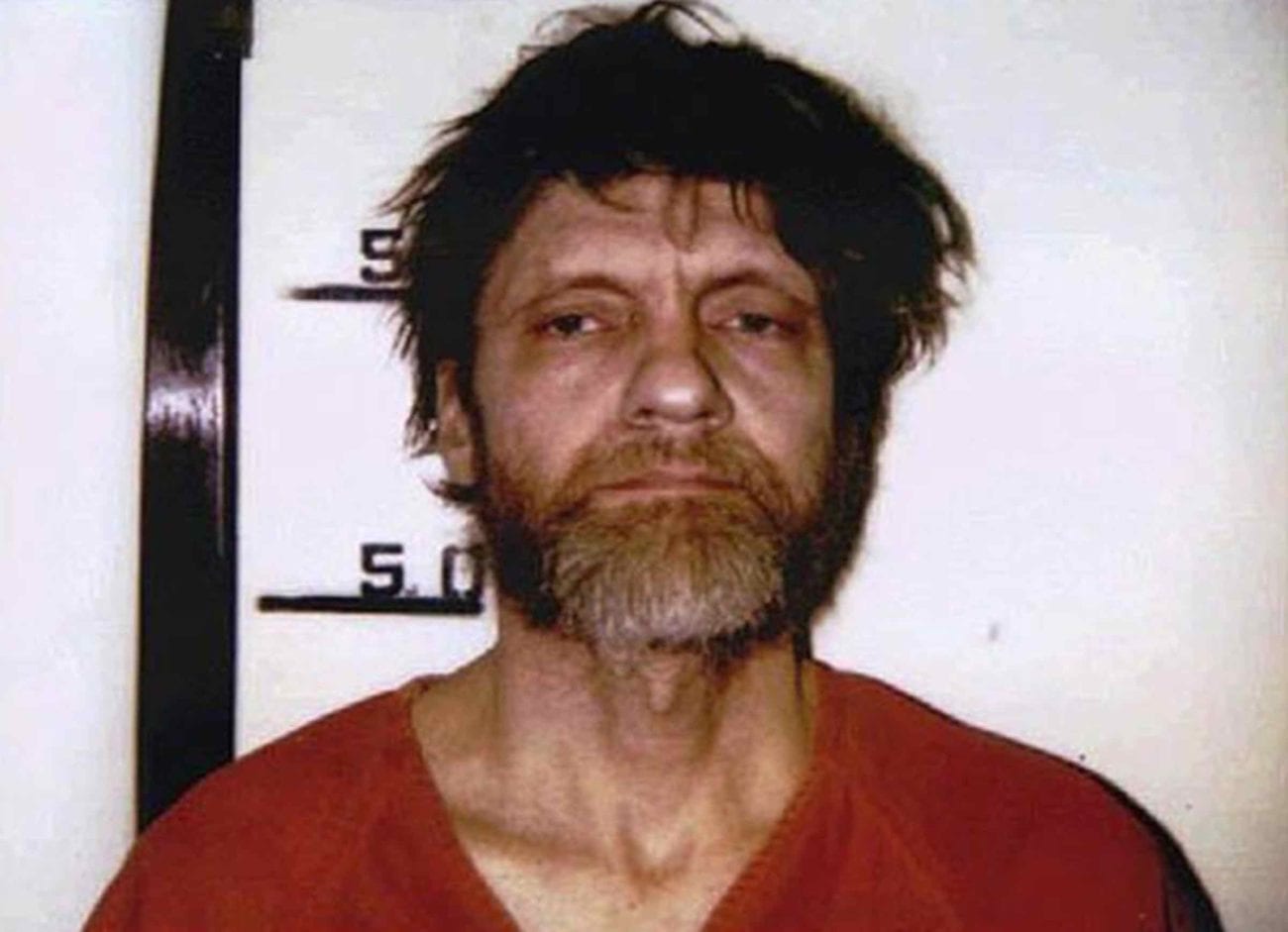 Ted Kaczynski and the terrifying legend of the Unabomber

The Unabomber is a name that is entrenched in both true crime and popular culture. Whether you lived through that 17 year long reign of terror or just heard the comparison on a show like CSI or Criminal Minds, the deeds of one Ted Kaczynski are in the American consciousness. But if you only know the name in passing, then let’s get you educated on just what the Unabomber did. 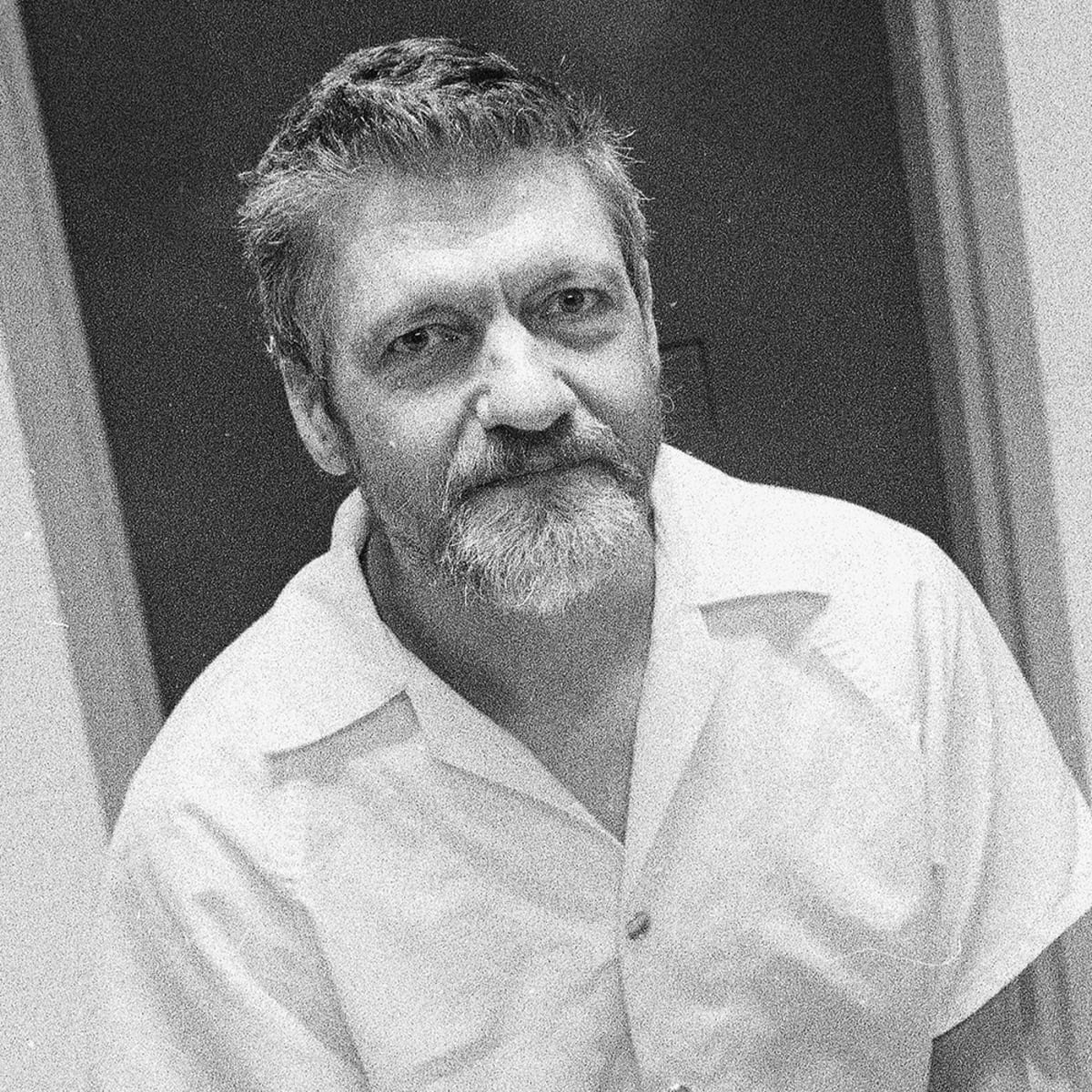 Before we get into Kaczynski’s crimes, let’s do a bit of background on the man. Born May 22, 1942, Theodore “Ted” Kaczynski was born to working class parents, Wanda and Theodore, who was a sausage maker. He also had a younger brother David. Wanda would later say that her son was a happy baby, but a severe case of hives when he was young put him in hospital isolation with limited contact with other people.

The experience left its mark on Kaczynski, who, according to his mother, empathized with animals in cages and would recoil at a photograph of the doctors holding him down as an infant. Kaczynski did well in school and was even described as well-adjusted early on. When he tested with a high IQ and skipped a grade, he became an outsider. He would later say that he was bullied and often felt like he didn’t fit in with the older kids.

Following this, Kaczynski was always seen as a longer throughout the rest of his school career. In high school, people saw him more as a “walking brain” rather than a person. Still, he excelled academically, especially in math, and graduated high school at age 15. By 16, he was accepted into Harvard and would still maintain his loner tendencies. 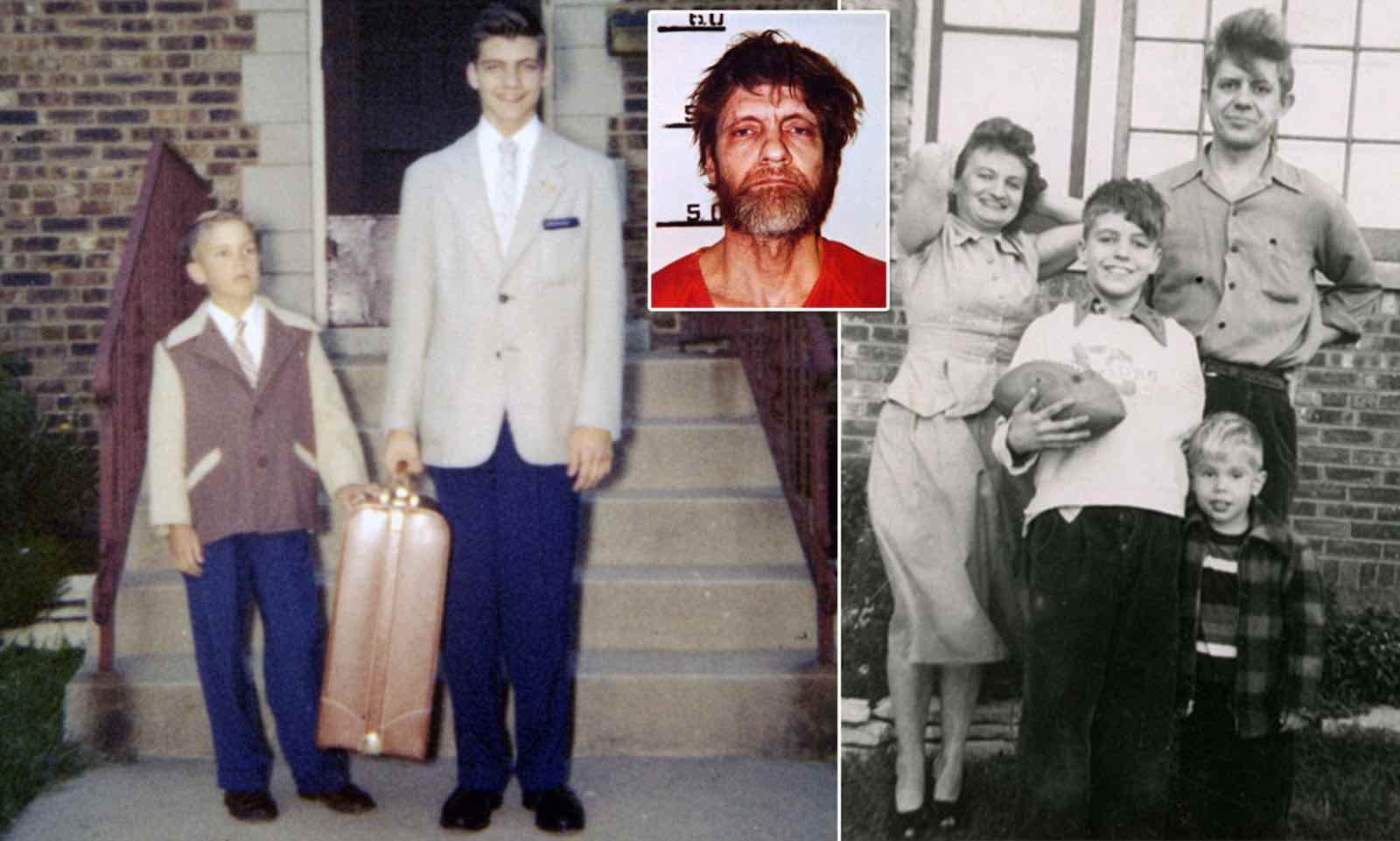 During this time, however, Kaczynski participated in a study which, essentially, psychologically abused and humiliated the subjects week in and week out while monitoring their behavior. (Kaczynski logged 200 hours.) The study was led by Henry Murray, a Harvard psychologist. It left a mark on Kaczynski, saying that his hostility stemmed from the study, and others suggested it motivated his later criminal activities.

Kaczynski left Harvard and went on to earn his graduate and doctoral degrees in mathematics from the University of Michigan, where he was praised by his professors. Following it, Kacyznski, now 25, went on to become the youngest ever assistant professor at UC Berkeley in 1967. He, apparently, was not popular with students, who thought he was ill-suited as a teacher. Eventually, he resigned in 1969.

Kaczynski decided to learn how to become autonomously self-sufficient and went to live in a remote cabin that he built in Montana. He would work odd jobs, learned survival skills, and would go into town to get supplies or read books. Due to the development around his cabin, however, Kaczynski thought it was impossible to be one with nature. He started to sabotage projects in the area or break into homes near his. 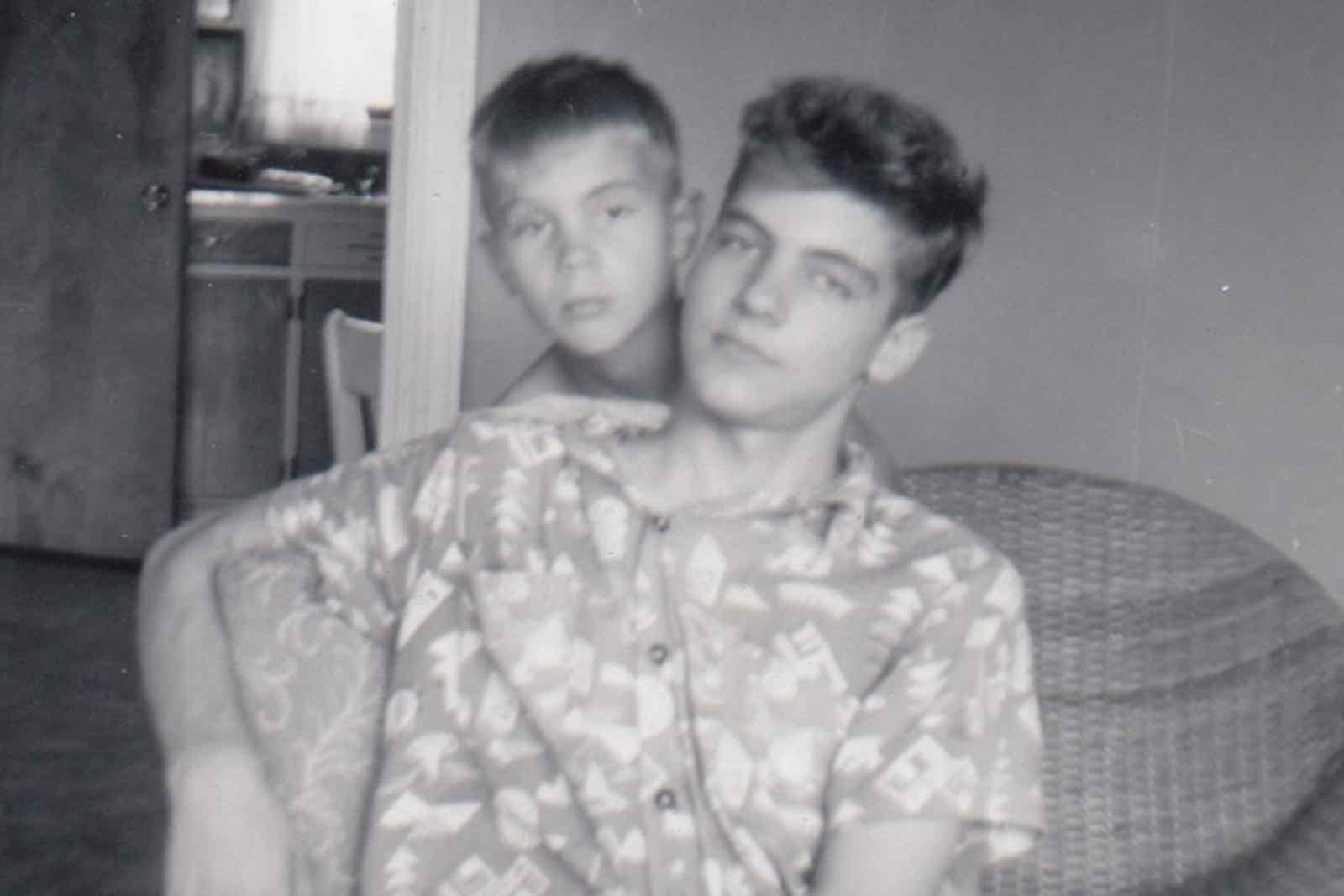 Kaczynski further slipped into fear and paranoia. He believed that he was dying. He tried to get mental health support, but couldn’t afford it or do the 60 mile round trip required of him. Every time he tried to find peace, he would instead be surrounded by noise of helicopters and aircraft, of cars and snow mobiles, of people and animals.

He would also become suspicious of his family as well. By the later 80s, he cut off all contact with them. 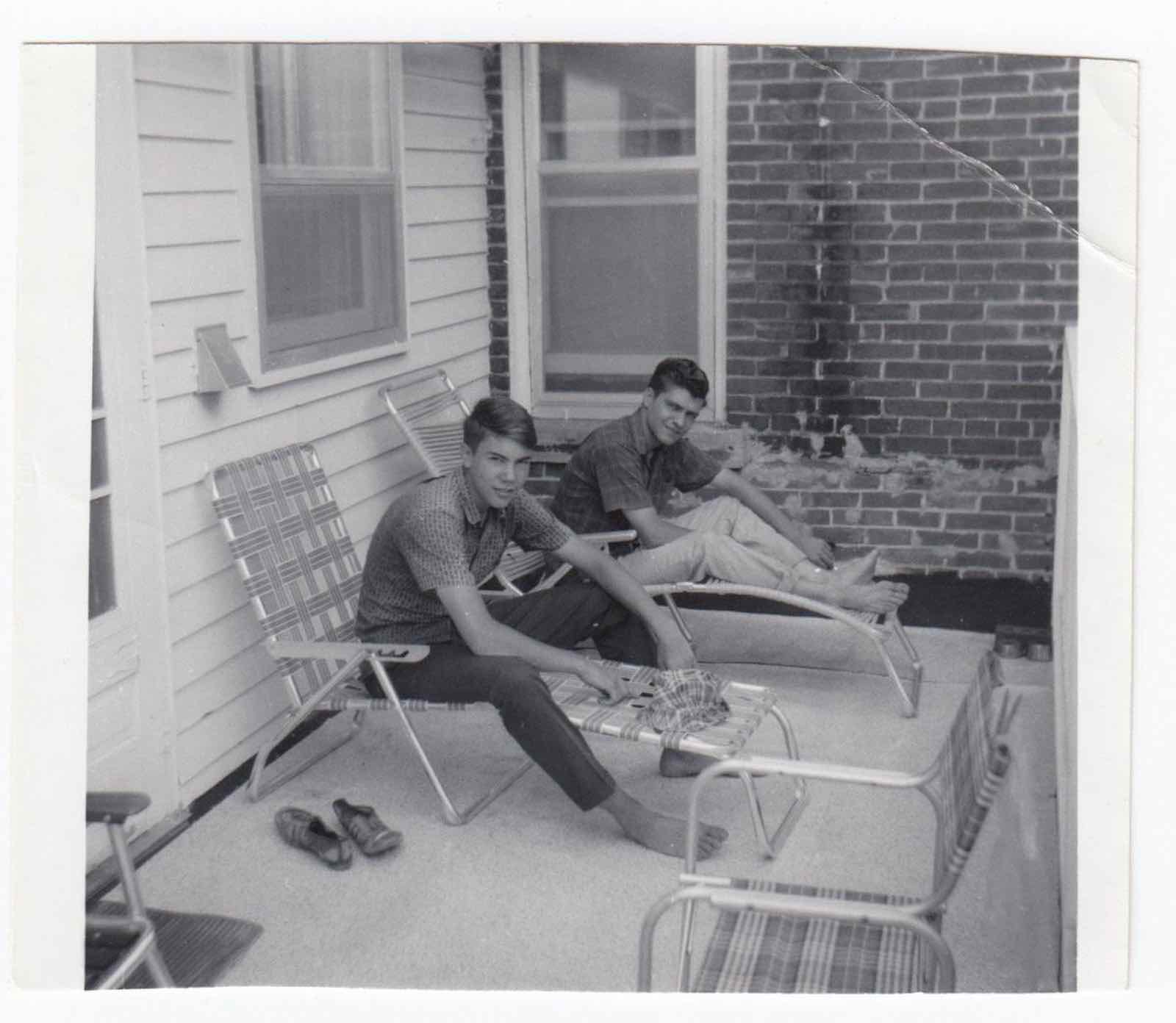 Eventually, however, Kaczynski realized that he needed to increase societal tensions so that things would break down and people would return to the wilderness, rather than focus on the technological and industrial complex. He just needed to ignite those tensions.

That’s when the bombings started. 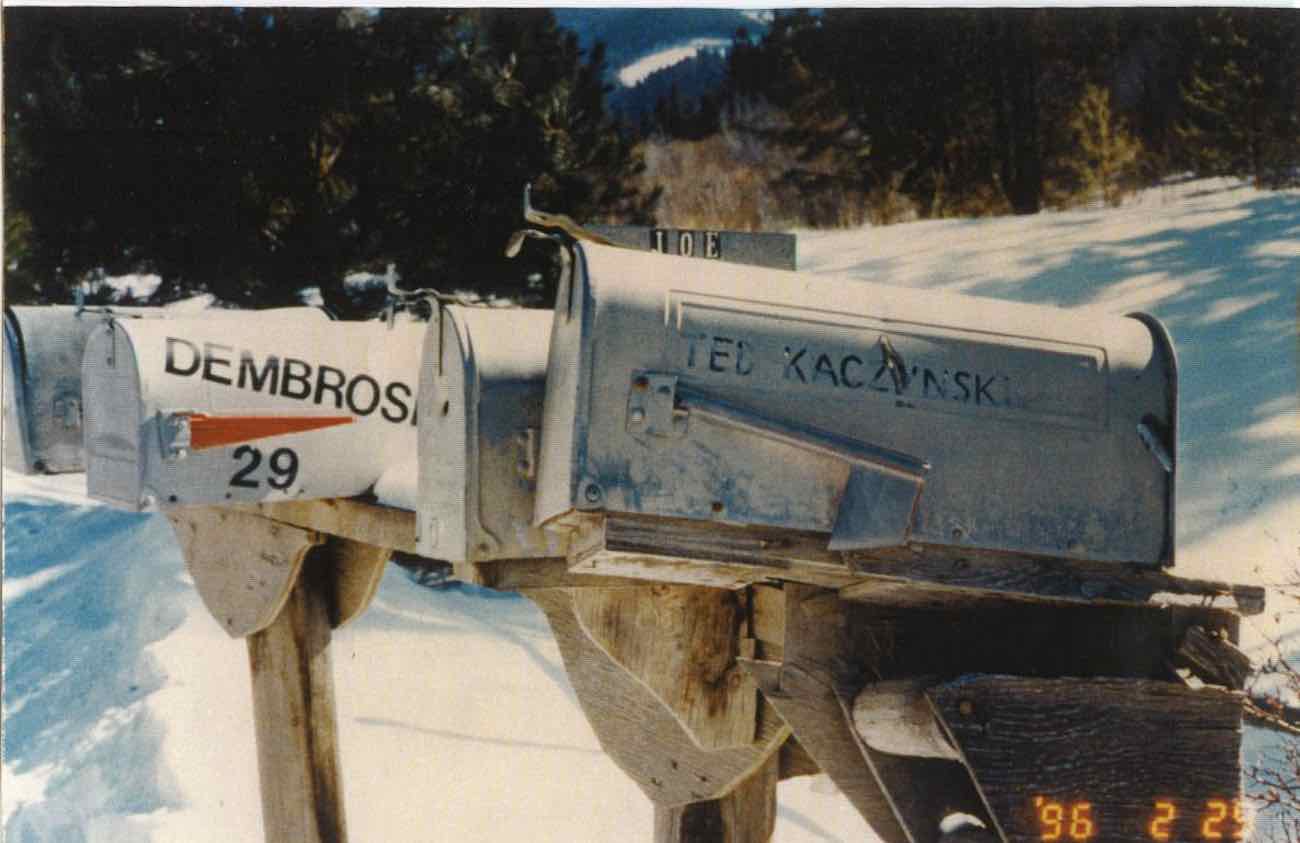 Kaczynski worked as the Unabomber for 17 years from 1978 to 1995. During this nearly two decade reign of terror, the 16 bombs that Kaczynski built would kill three and injure 23 people. He was meticulous in his planning: no fingerprints, treating pieces with acid, making commercial wires untraceable, and, sometimes, having his bombs sent to his target via “return to sender” with the “sender” being his victim.

He also planted fake evidence, such as hairs he found in a bus station in electrical tape. Kaczynski also always wore a disguise when interacting in public, the few times he would go into public.

Kaczynski targeted a range of people: computer store owners, lobbyists, lawyers, airline executives. It was all over the country as well. The only thing any of them had in common in terms of connection was a) technology and b) destruction of the environment. 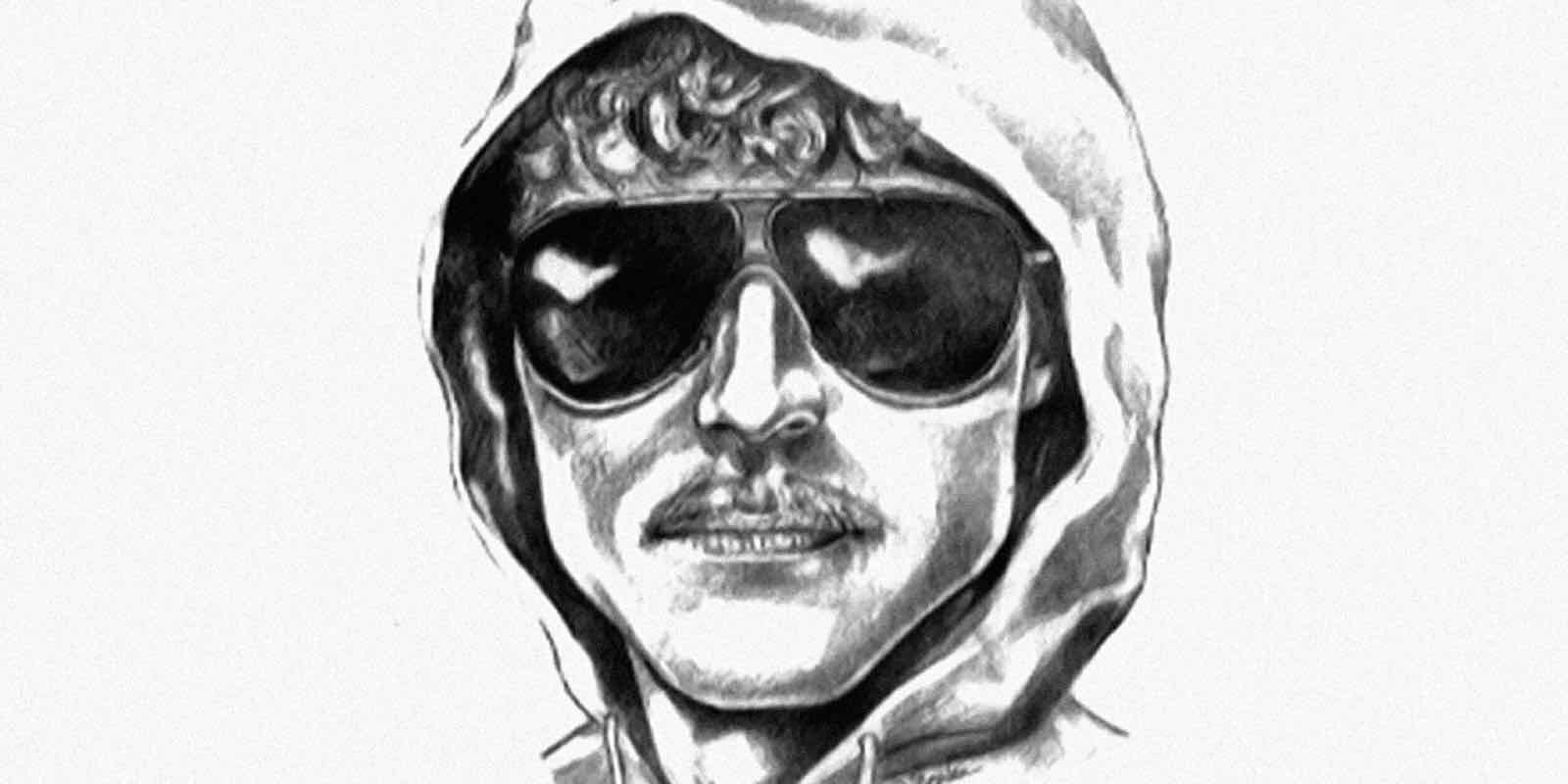 He was given a name: the Unabomber. No one knew who he or she was. 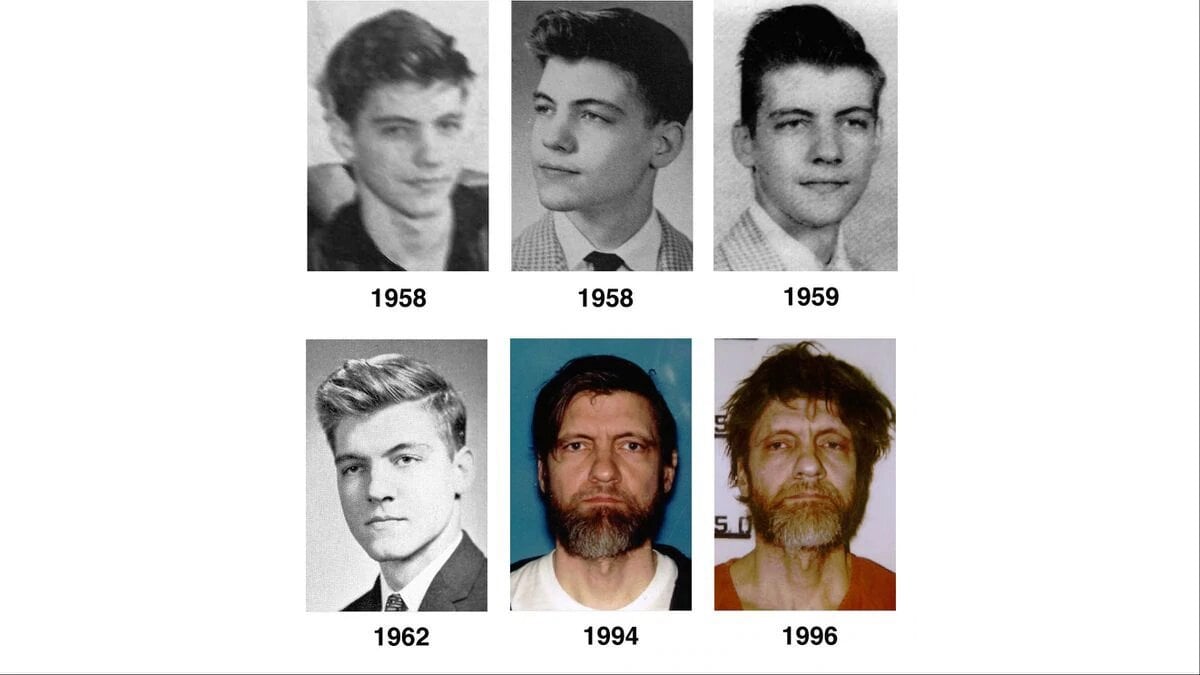 Obviously, the agreed theory turned out to be wrong. Fascinatingly, however, a discarded report from the FBI’s Behavioral Sciences Unit was much closer to the truth. FBI profiler John Douglas believed that the Unabomber was a loner of above average intelligence who was from Chicago and had connections to academia, based on his earliest attacks.

During this time, he remained silent. The FBI had no clue what to do about the case. 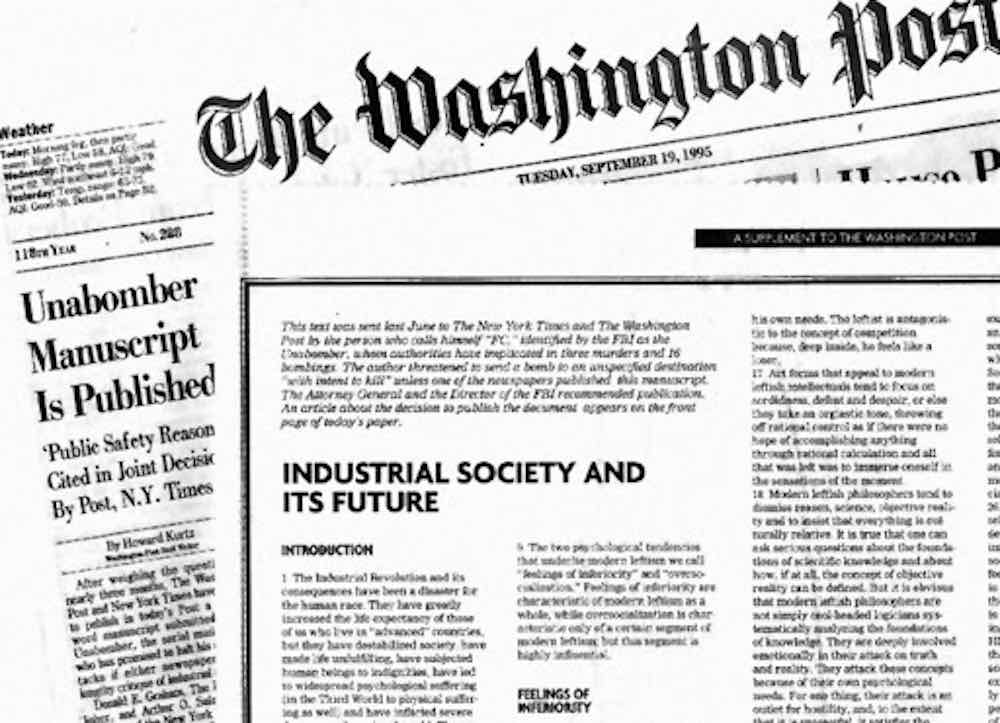 Industrial Society and Its Future

In 1995, after the death of Gilbert Murray, Kaczynski sent in his manifesto to The Washington Post and The New York Times. It was a 35,000 word, 78 page script entitled Industrial Society and Its Future. With it came a threat, if the manifesto wasn’t published in its entirety, then he would send a bomb to an unspecified location with an “intent to kill”.

Basically, the manifesto boils down to how technology has had a destabilizing effect on society and that humans should return to nature. If you want to read it, then we’re sure it’s out there for you to pursue at your leisure. He also railed against those who he called leftists such as “socialists, collectivists, ‘politically correct’ types, feminists, gay and disability activists, animal rights activists and the like”.

He also took shots at conservatives, though not as much as he did with leftists. He called them “fools” and that they only “ whine about the decay of traditional values, yet they enthusiastically support technological progress and economic growth.” 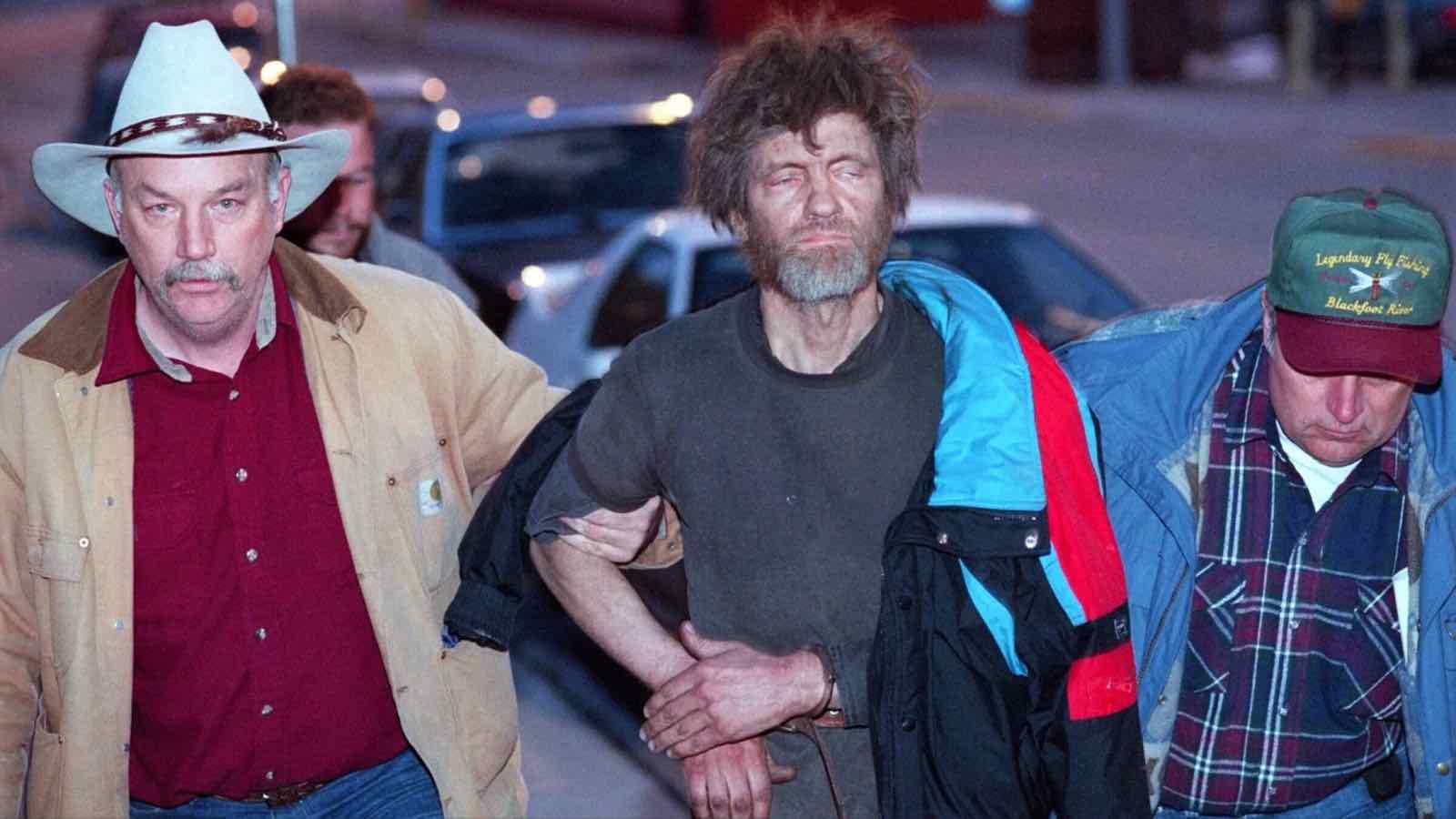 Though now, in the middle of the COVID-19 pandemic and everyone relying on technology to work and communicate, you really have to wonder if those ideas would be as warmly accepted in 2020.

“Has it ever occurred to you, even as a remote possibility, that your brother might be the Unabomber?” 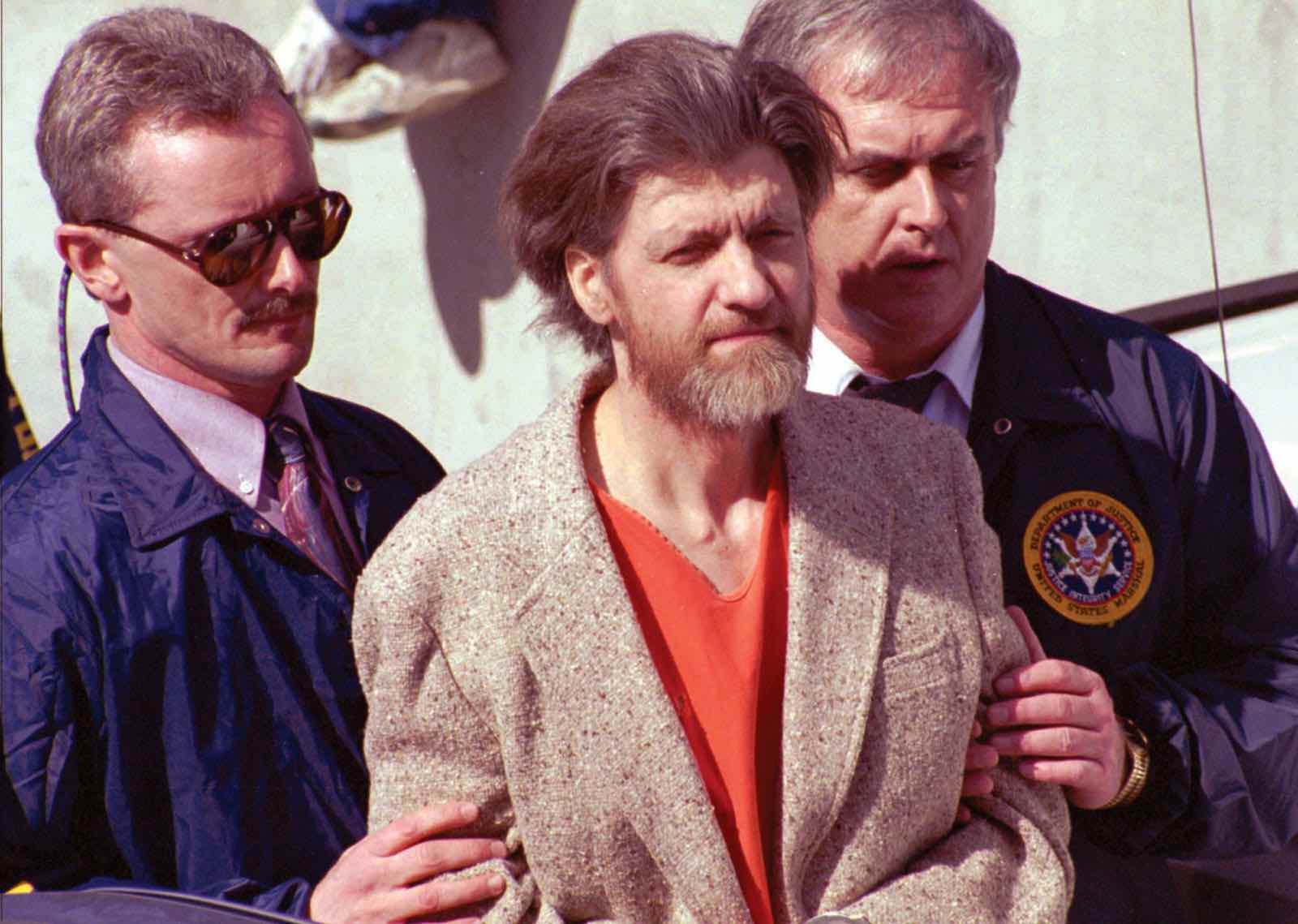 David Kaczynski heard his wife Linda Patrik say those words to him and was unconvinced. His wife never even met his reclusive brother, only heard about him through worried meetings that David and his mother Wanda would have in an attempt to understand Ted. (By 1995, Theodore was dead via suicide due to his terminal cancer diagnosis.)

David knew his brother was disturbed, but didn’t believe that he was violent. When the manifesto was released, he read it. And remained unconvinced that it was his brother, believing that it was a one in one thousand chance that Ted could have written it.

Linda, however, thought that number was a little too close for comfort. David reluctantly agreed. Over the next couple of months, Linda and David did their own investigation into Ted. They compared the Unabomber’s manifesto to letters that Ted wrote to David prior to their falling out. Eventually, David agreed that it was a “50-50” chance that Ted was the Unabomber. That was when they called the FBI. 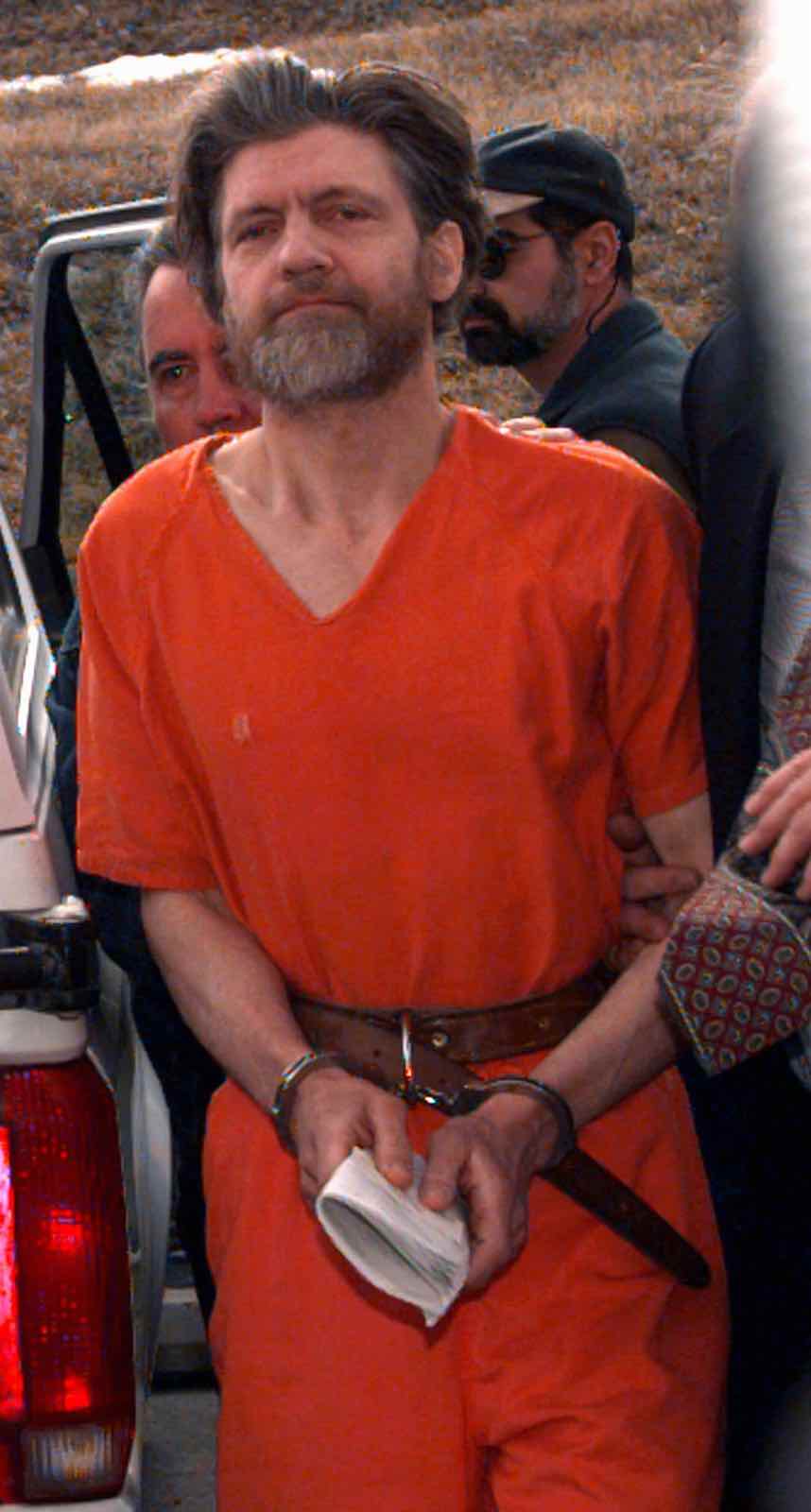 Kaczynski’s arrest went as best as it could have gone all things considered. Federal agents pretended to be the Forest Service, wanting to talk with Kaczynski about the border of his property. When Kaczynski opened the door, he was promptly arrested.

It was the best possible outcome. Kaczynski had plans that included lighting his cabin on fire, blowing it, destroying every piece of evidence inside, and making a break for Canada with stashes of necessities hidden along the way. Arresting him as they did, however, preserved it all from his typewriter to his coded journals to his bomb making equipment. It was all there.

Then came the trial, which was tricky. 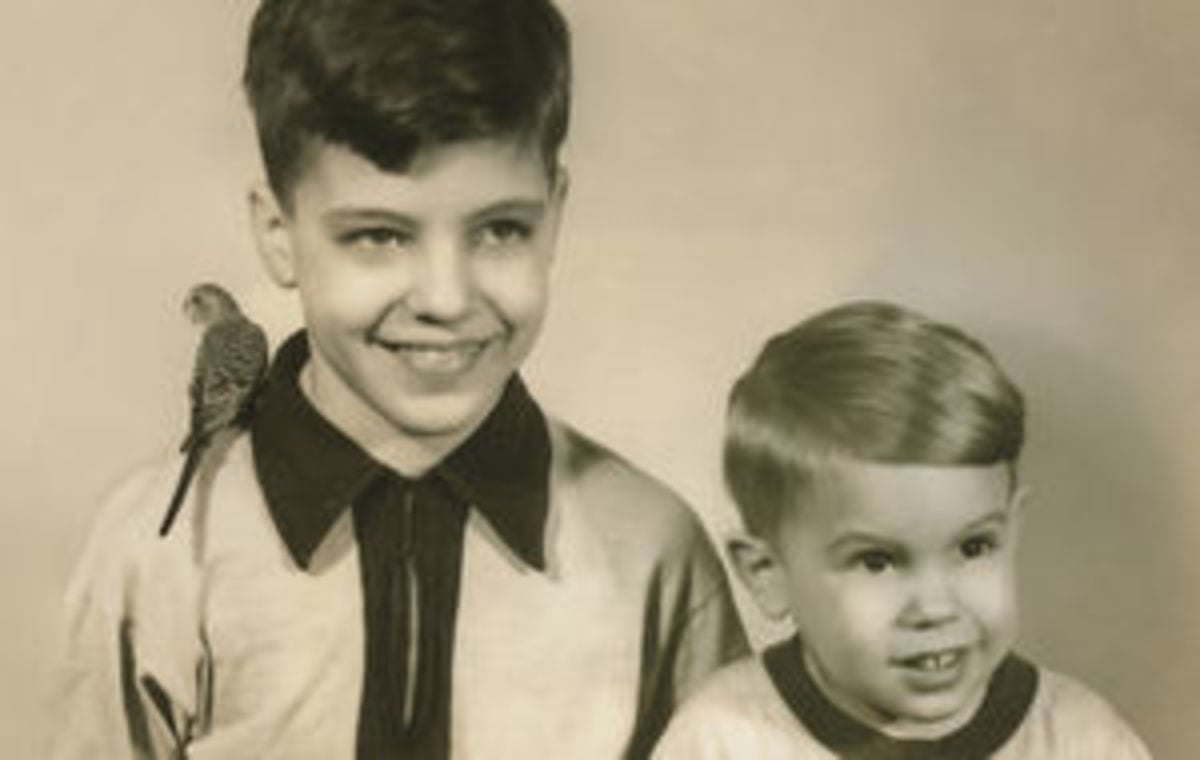 Trial of the Unabomber

Kaczynski’s defense team, despite their clients wishes, had a very convincing insanity defense all lined up. This included bringing Kaczynski’s cabin to the courtroom because no sane man who spent all those decades in the brutal Montana winters in that cabin unless he was insane.

By mounting the insanity defense, Kaczynski’s lawyers were trying to avoid the death penalty. If he was declared insane, then he was safe from that.

Kaczynski, however, tried to fire his defense team. He didn’t want to be labelled as insane. There was a logic behind it. He didn’t want his manifesto or ideas about society and technology to be ignored, which is what he feared would happen if he was declared insane. While the prosecutor’s psychology expert did believe Kaczynski was fit to stand trial, she also believed that he was exhibiting signs of paranoid schizophrenia. 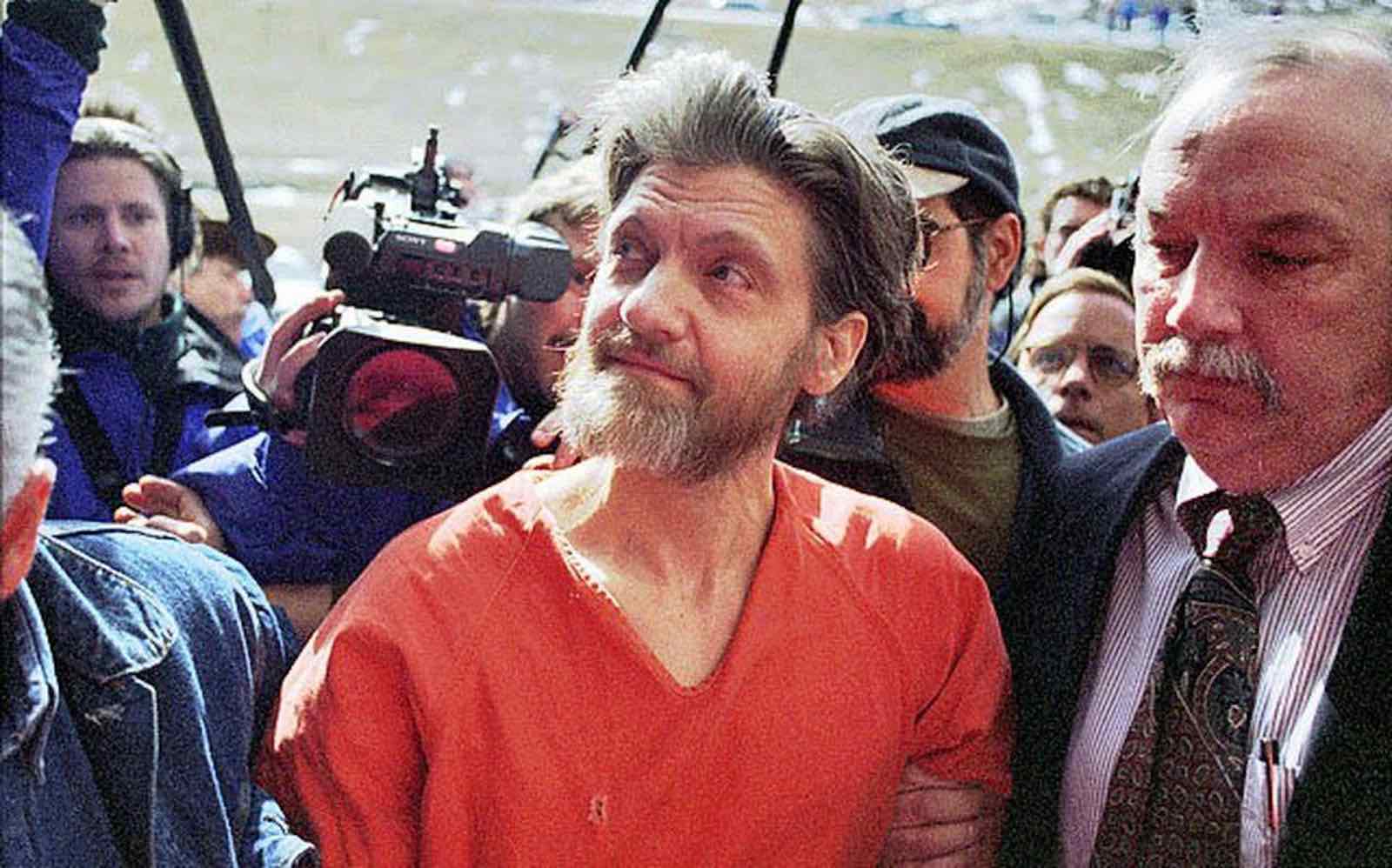 Given the possibility that Kaczynski was mentally ill, the prosecution decided to present him a plea deal. In exchange for his guilty plea, Kaczynski would avoid the death penalty and the declaration of insanity. He would serve life in prison without the possibility of parole on 13 charges.

Kaczynski is currently serving his sentence in ADX Florence supermax, considered to be the most secure facility in the US. He’s published two books since his incarceration and, apparently, does not mind the solitude. Even though the only glimpses of nature Kaczynski receives are fleeting ones through a skylight in his cell.