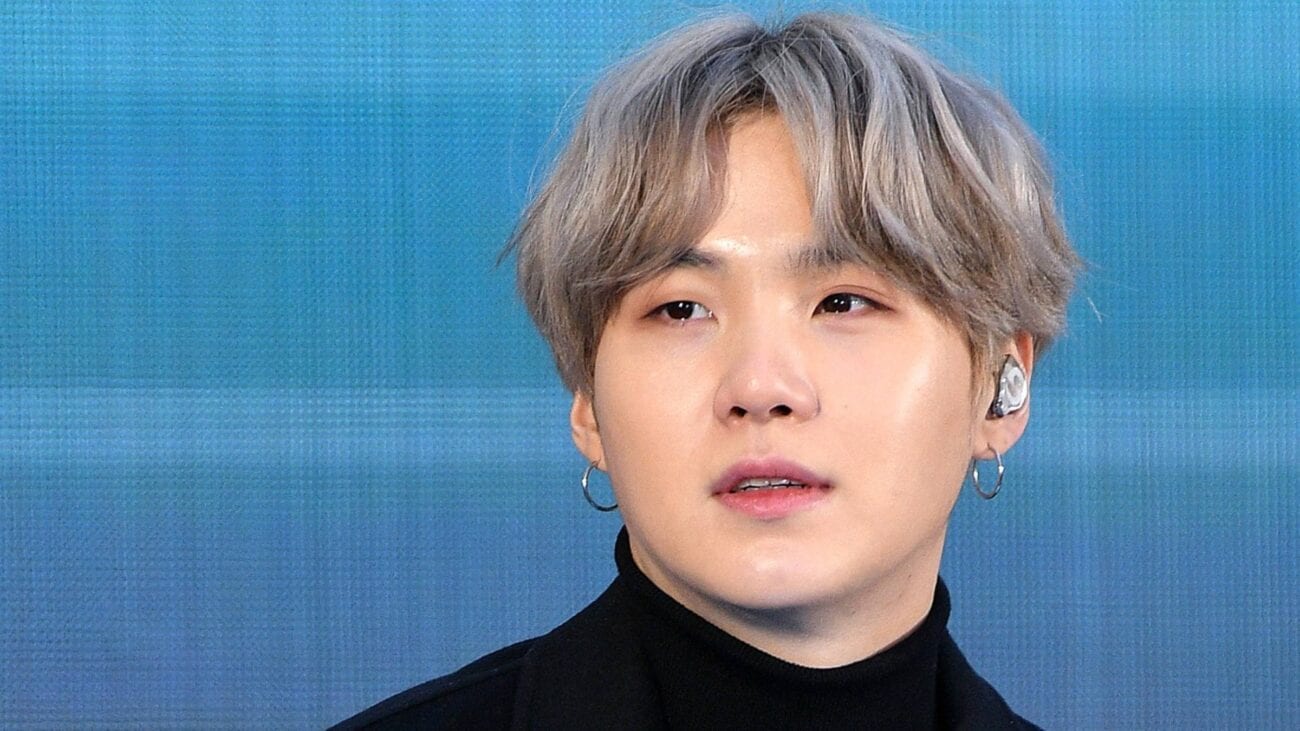 Suga or Gloss? A look inside Suga’s rap career before BTS

Not everyone knows about Suga’s career before BTS. Suga has been in the rap game for quite a while and it wasn’t always as a part of BTS. As with many people who make it into the music industry, Suga had a passion for music long before anyone knew who he was.

We can thank Epik High and Stony Skunk for helping Suga fall in love with rap and hip hop. He’s been obsessed with it since high school and has been writing lyrics since he was thirteen years old. By age seventeen he was working in a recording studio and had debuted as a member of BTS.

Sometimes it seems there isn’t very much Suga can’t do when it comes to music. He raps, produces, composes, sings, and dances. How many people can say they’re that multi-talented? Suga’s background is part of what makes him the prolifically contributing member of BTS that he is today. Let’s take a look at Suga’s origin story. 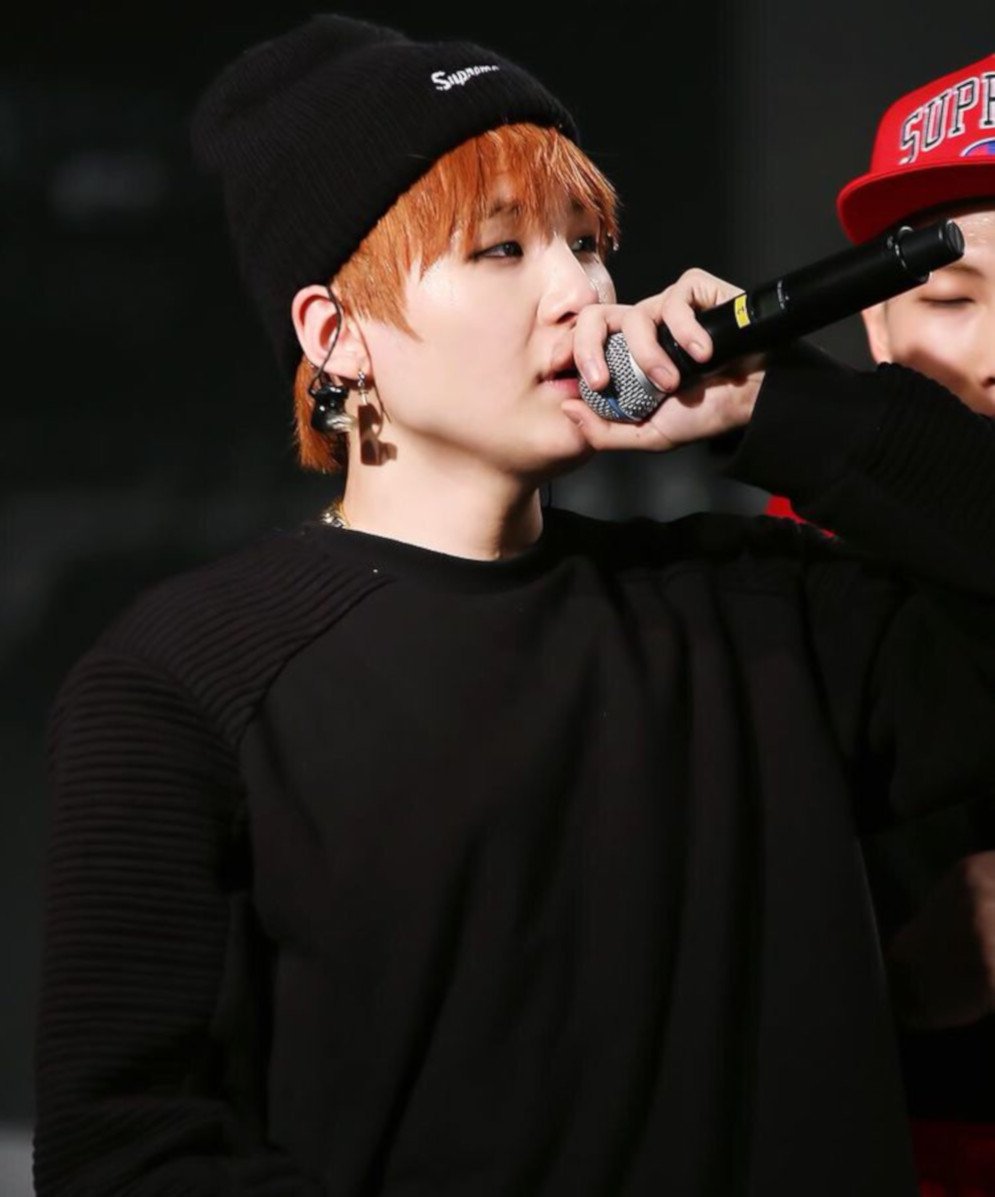 Soft-spoken Min Yoongi has a pretty dope background. He used to be an underground rapper under the name of Gloss. Suga chose this rap name because it was pretty close to the meaning of his birth name Yoon-gi, meaning “shine” or “gloss”. The hip hop crew Suga was a part of at the time was called D-Town. They would go around doing underground performances and celebrating the hip hop genre.

Although D-Town is no longer together, the leader Naksyeon is said to still be an active artist in Daegu, South Korea. One of the songs Gloss helped produce while a part of D-Town is the song “518-062”.

This song is about the Gwangju Uprising which took place in 1980 when student demonstrations regarding martial law and university shutdowns led to a massacre. The name of the song was created by combining the date of this Pro-Democracy Movement, May 18, and the Gwangju area code, 062. Gloss produced and composed “518-062” while leader Naksyeon-hyung nim wrote the lyrics. 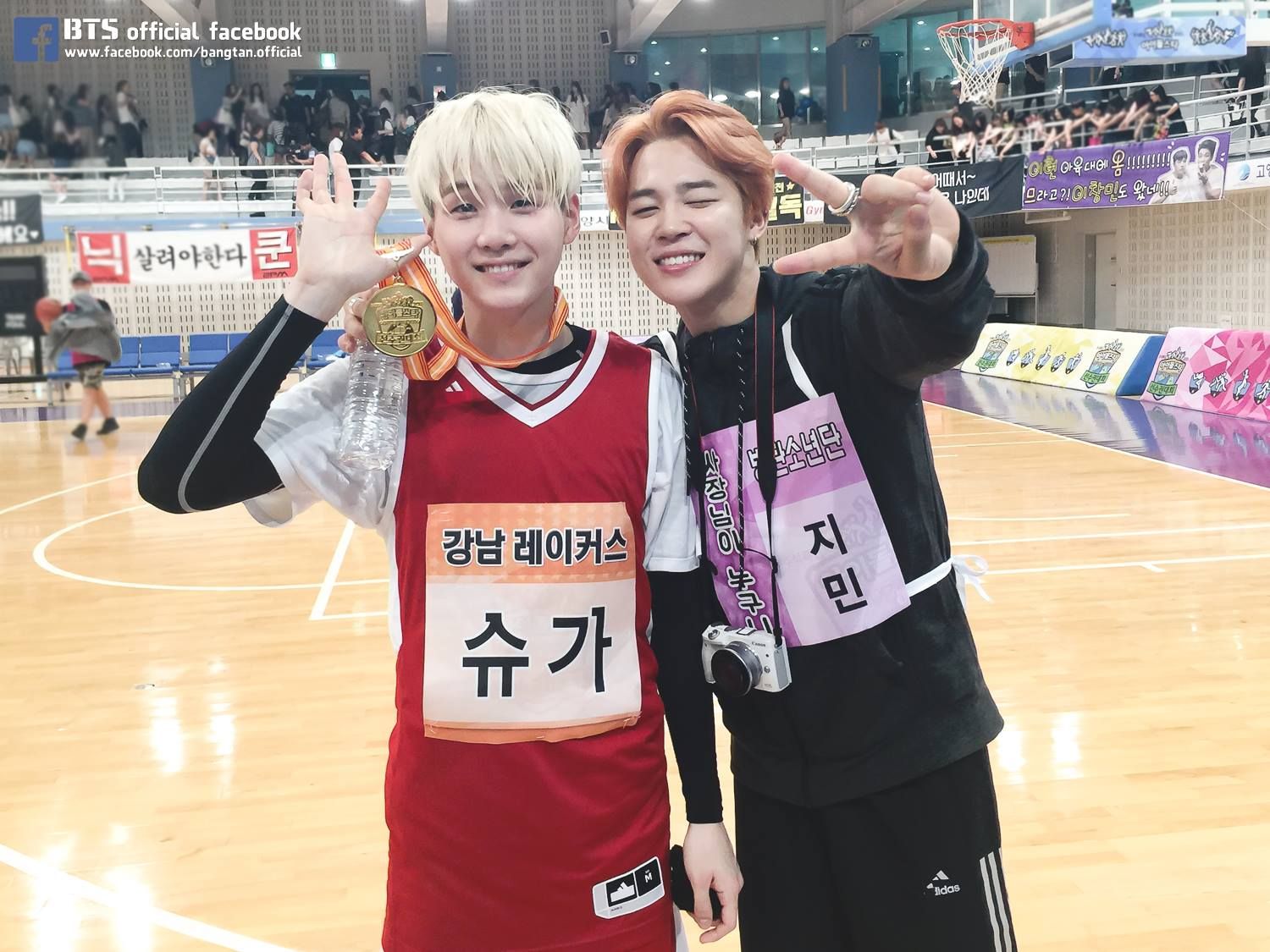 Suga looks back on his days as Gloss fondly and laughs that he became a part of BTS since he was told by Big Hit Entertainment he would only be doing composing and other production work at first. Little did he know he’d be thrust into the spotlight.

Suga’s stage name was created by taking the first two syllables of his basketball position in high school and putting them together. “Su” and “ga” are actually the beginning of the words for the shooting guard position in Korean. Suga has contributed to the writing of over 130 of BTS’s songs!  This quiet Lil Meow Meow is one of the oldest members and a pillar in the BTS community. 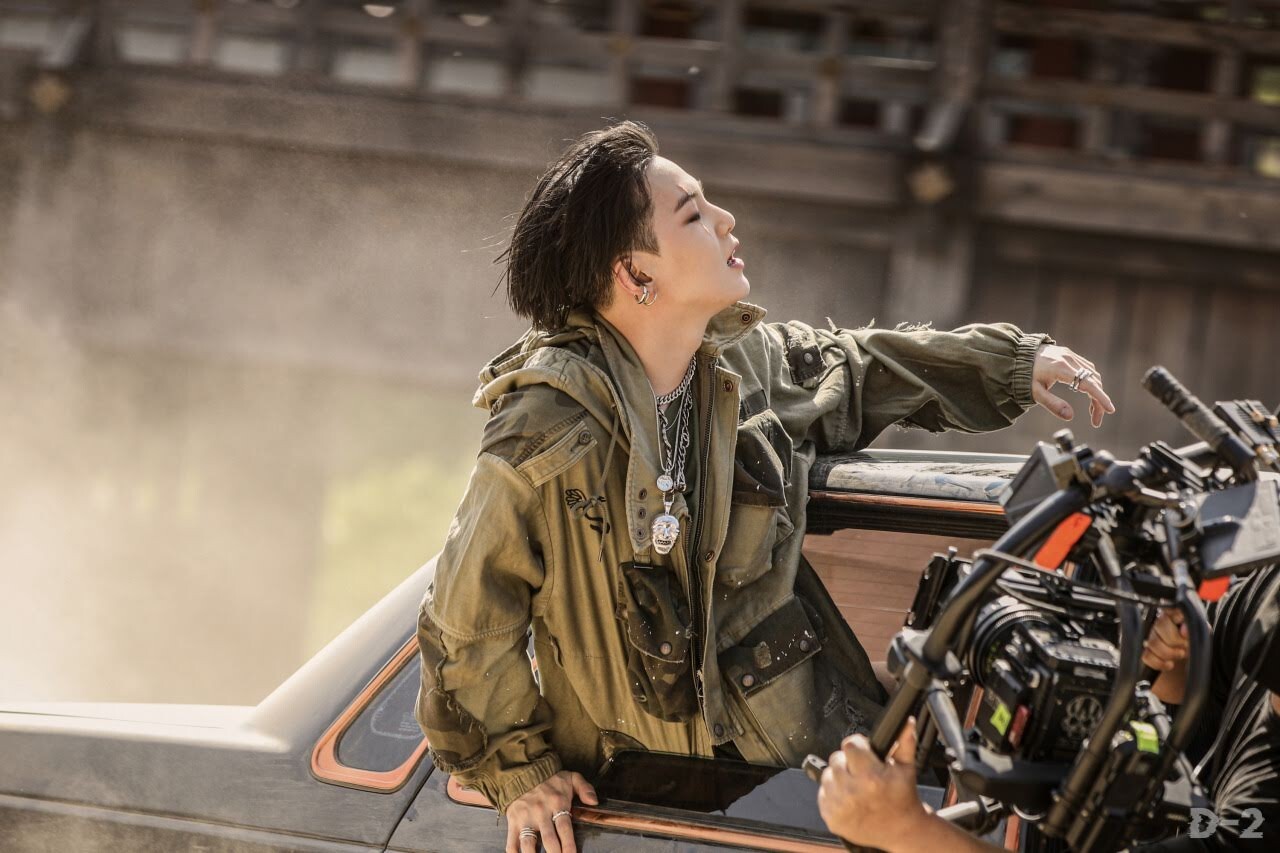 It seems this BTS member has many alter egos because Suga and Gloss are not the only monikers Min Yoongi goes by. Suga also goes by the name of Agust D when producing solo material. Agust D has already released two mixtapes, “Agust D” & “D-2”.

His song “Daechwita” is particularly popular. The interesting historical theme of the music video and excellent rapping make it worth a listen. As someone who writes and produces music for BTS and many other artists, it’s no surprise his solo stuff is great too. Some speculate the “D” in the stage name Agust-D is a nod to his hometown of Daegu and his old crew D-Town. 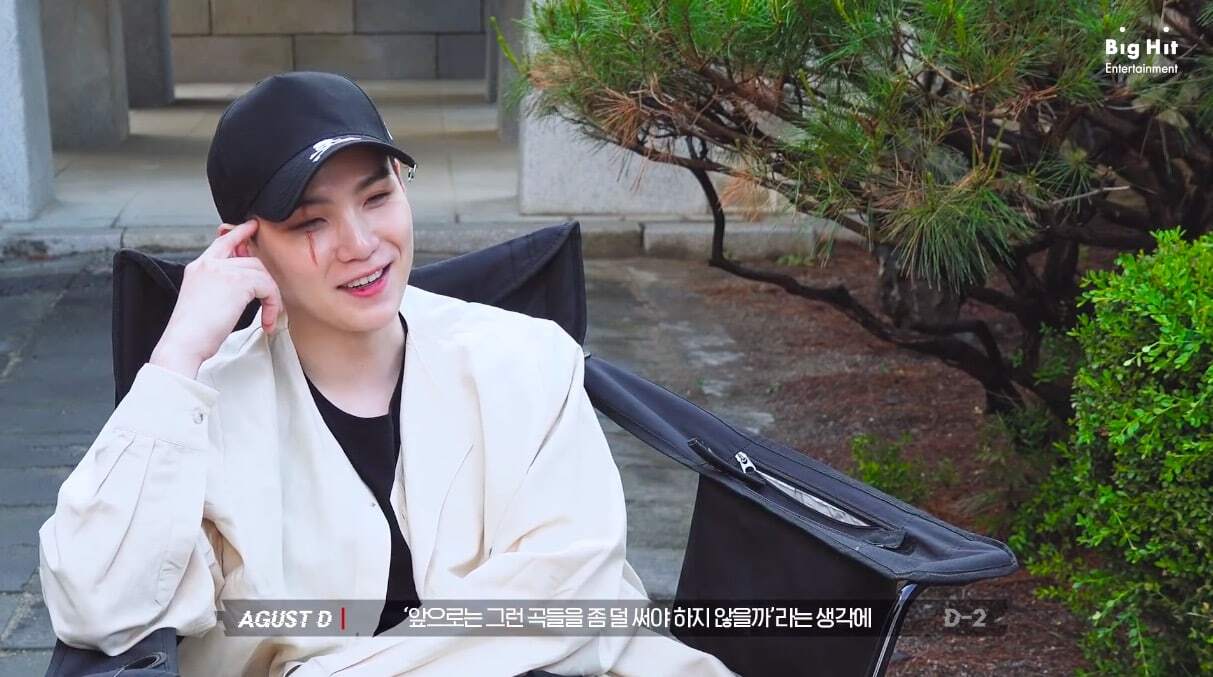 According to TIME, Suga says the difference between his work with BTS and his solo music is that he can be more true to himself: “. . . . I can openly express and that I can show a more raw side to myself [with Agust D]. What’s similar is that both sing of dreams and hope.”

Suga has also shared that he can focus less on novelty and more on what he really enjoys: “It’s more that I made the music I wanted to make, rather than fixating on attempting something new. I’m not too picky on genre or crossovers between them. What’s good is good, and it’s up to the listeners to judge. I just do what I want to do.” We hope Suga produces much more work under his various monikers.