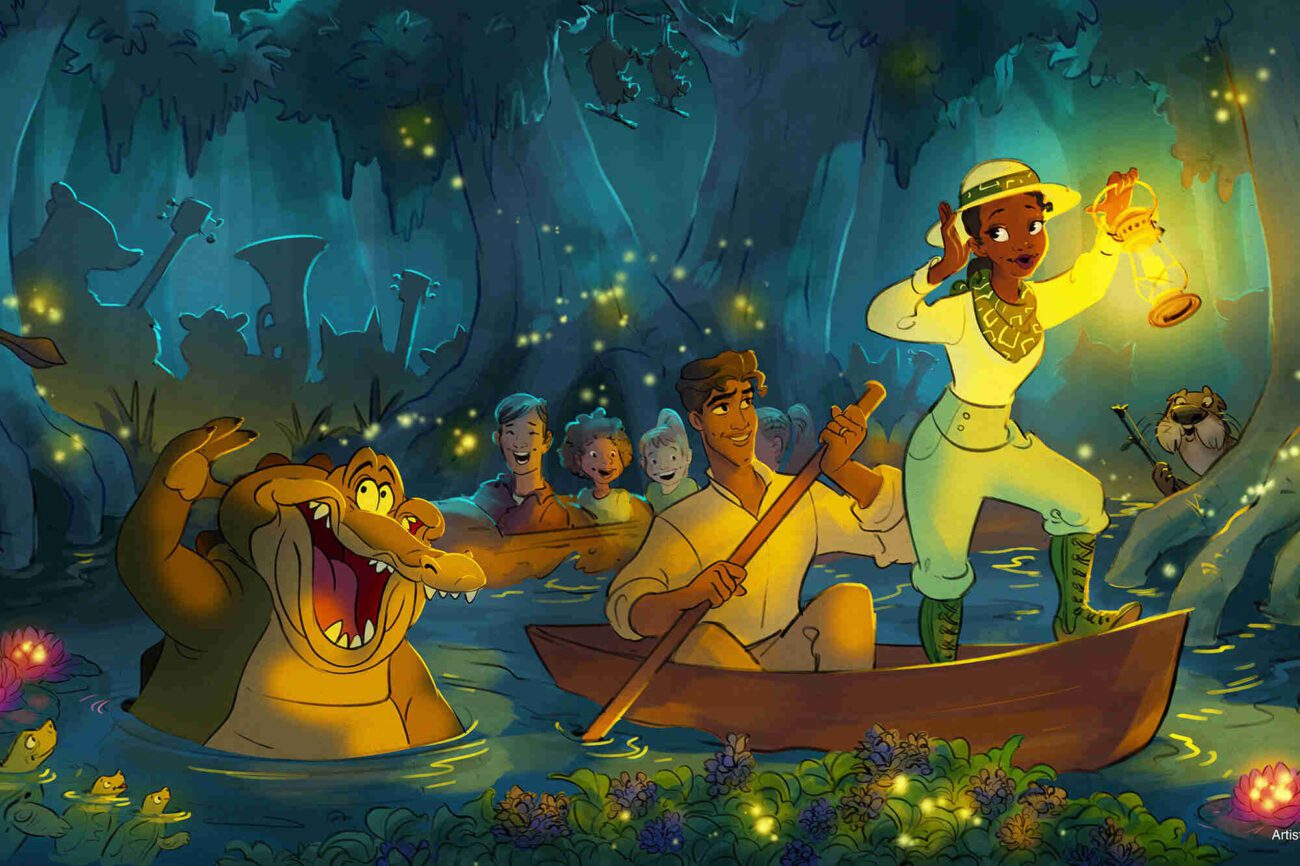 After being called out for their problematic past, Disney has listened and proved that they’re truly reinventing themselves. In the past year, the well-known Splash Mountain ride in the Disney theme parks has faced much scrutiny after activists recognized the heavy racist themes of the ride. Now, the theme park has made it clear that they’ve listened and will be making a change. Let’s take a look at all the details we know here. 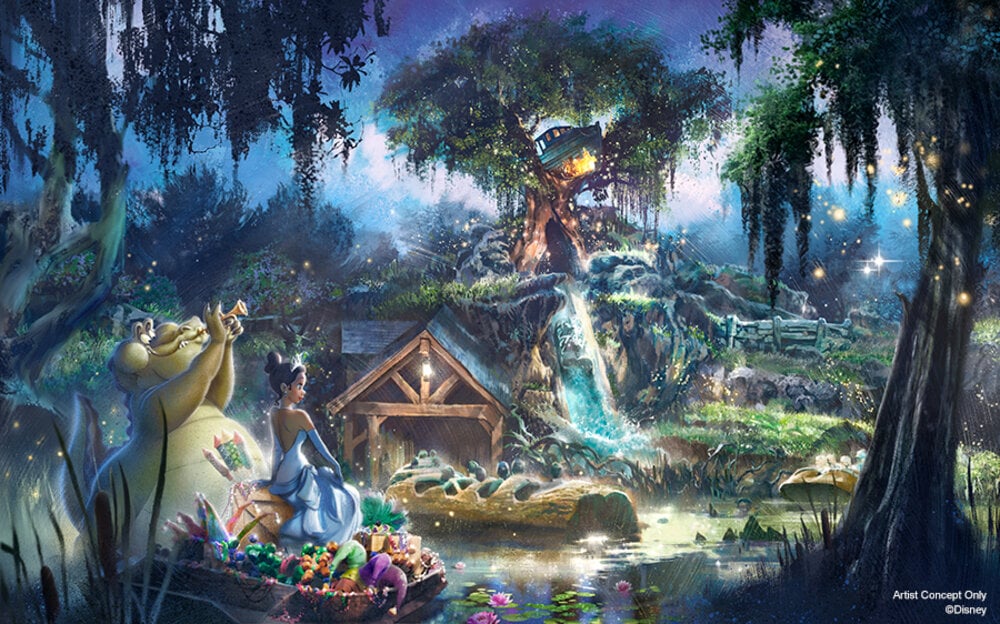 On Monday, Disney’s Parks division announced a new concept piece that reimagined the popular Splash Mountain ride after it faced much controversy for its racist content. If you’re a big fan and avid goer of the beloved theme parks, then surely you must understand how big of a deal switching up the classic Space Mountain ride is. So what could the new ride include? And most importantly, who will be the face of this new ride?

In the concept art for the scheduled ride remodel, the Parks division at Disney showed that the new and improved Space Mountain will turn into a new theme that will feature the well-loved Princess Tiana from the 2009 animated film The Princess and the Frog. From the looks of it, theme park visitors will be able to see a new journey that begins after the movie’s final kiss scene once they go on the ride. How exciting!

Throughout the ride, guests will witness Princess Tiana planning an exciting Mardi Gras celebration with Naveen and Louis tagging along to help out. According to the concept art that was released by Disney’s Park division just earlier today, visitors will float along colorful and beautiful canals while following along on Tiana’s great adventure. Along the ride, guests will be able to hear the beautiful music from the original movie soundtrack. 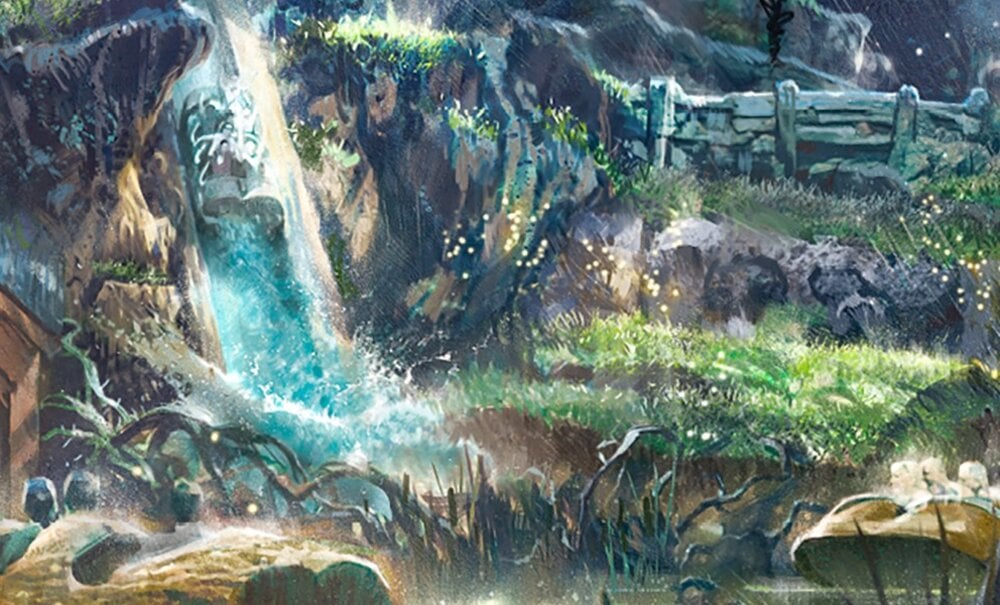 So if you’re unaware of what was racist about Splash Mountain, let’s take you back to when this controversy all started. Last year, a Change.org campaign was started for the ride to be changed into the theme of The Princess and the Frog that ended up garnering a total of 21,345 signees. The campaign explained to folks that: “Disney parks should be a home for all to enjoy regardless of race, age, whatever your background may be”.

“While (Splash Mountain) is considered a beloved classic it’s (sic) history and storyline are steeped in extremely problematic and stereotypical racist tropes from the 1946 film Song of the South”, the petitioner named Alex O stated. After all, the original movie the Splash Mountain ride was based off of has always been a controversial film that was known to be racist. In fact, it never even was made available on home video in the U.S.

The movie is a mix of live-action and animation that revolves around an old black plantation laborer telling stories to a younger white boy. Upon the release, groups like the NAACP protested against it. Song of the South is also missing from the Disney Plus streaming service, so it’s no secret that this is a movie that the company has been deeply ashamed of. Because of this, it only makes sense to get rid of the Splash Mountain ride.

To get theme park fans excited for the new ride, Disney even released a video that featured all the creative minds that have been involved in the process of making this new ride. In a conversation, the talents got together to discuss how they incorporated the wonderful New Orleans culture into the aesthetic of the new ride all the way from the sound to its visuals.

This of course is also perfect timing for Princess Tiana, as the beloved Disney character is also set to be the star in her own upcoming Disney Plus TV show. From the looks of it, the world of The Princess and the Frog is only beginning. We can’t wait to go on the ride ourselves!

Share via:
Tags
Change.orgDisneyNAACPracistSong of the SouthThe Princess and the Frog
Author