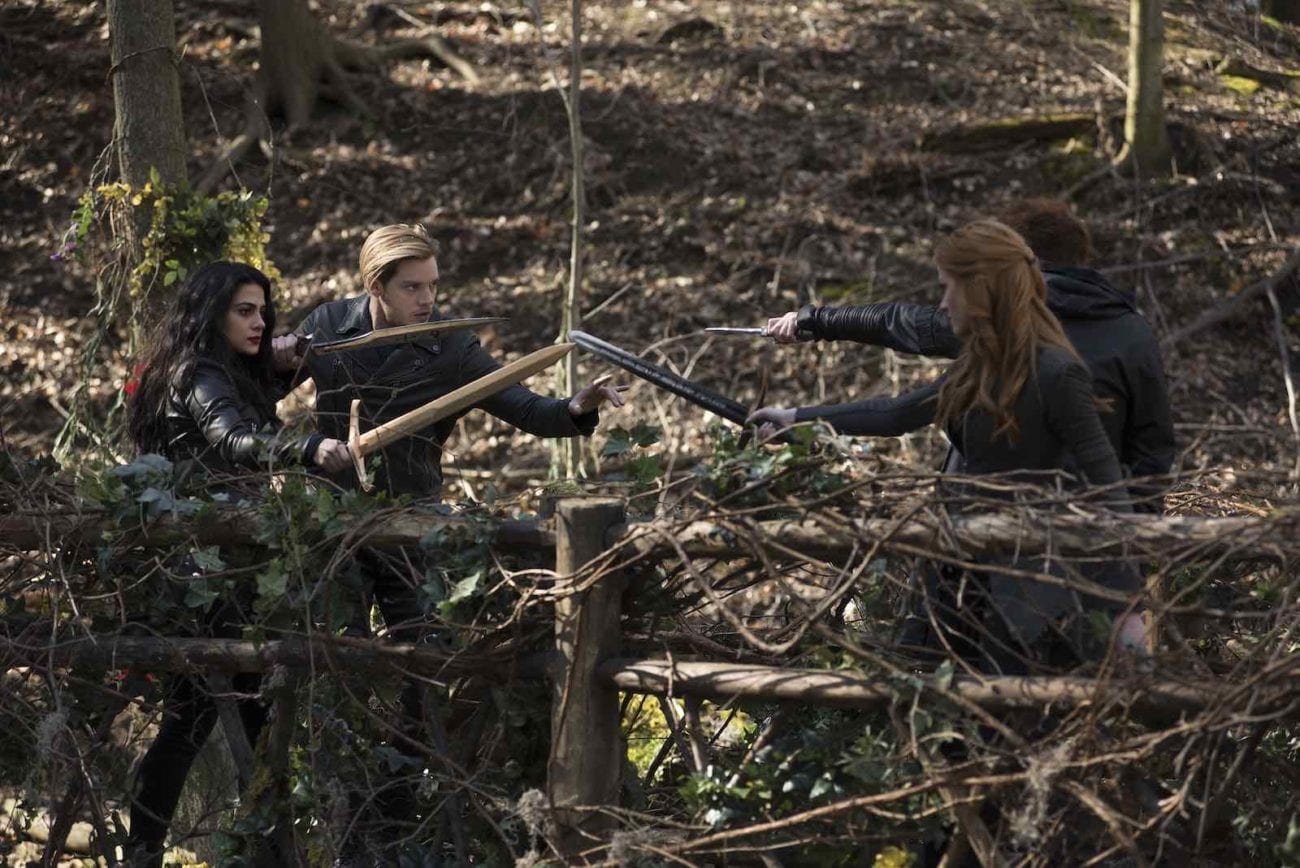 We revisit one of the greatest episodes during the (hopefully not) final season of Shadowhunters.

Freakin’ hell, Freeformflop, you’re really putting us through the ringer at the moment. Not only did you unceremoniously cancel our beloved show Shadowhunters, you’re now going hell for leather trying to fit several seasons of content into a single short one.

It’s a crying shame we’re unable to see the characters we love develop and deal with their emotions realistically through time. Y’all rushing things over there, hear me? Anyway, the past few weeks have been an epic, insane rollercoaster centering on the themes of family and found family.

With our tissues at the ready, we trepidatiously watched “City of Glass”, and it was another doozy of an episode. Trying to stay spoiler-free, Shadowfan? Look away now! 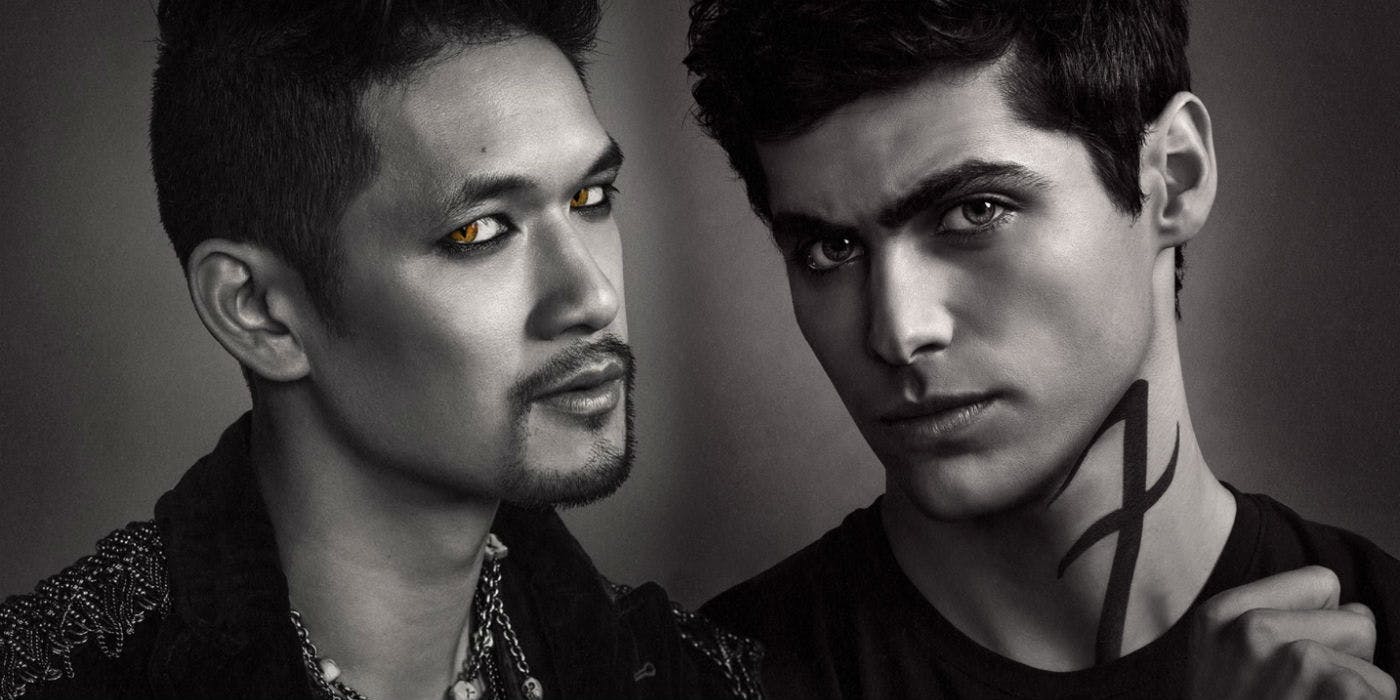 Based on the show synopsis provided by Freeformflop, we were misguidedly working under the assumption that we might be lucky to see a move towards a happily-ever-after for Malec – but no! The writers decided to twist the knife even deeper and put miles of separation between our beloved couple Alec (Matthew Daddario) and Magnus (Harry Shum Jr.)

With Jonathan (Luke Baines) still at large, doggedly determined to get the Morningstar Sword and keep Dark Clary (Katherine McNamara) with him at all costs, this move is probably for the best, but still . . . our poor hearts. 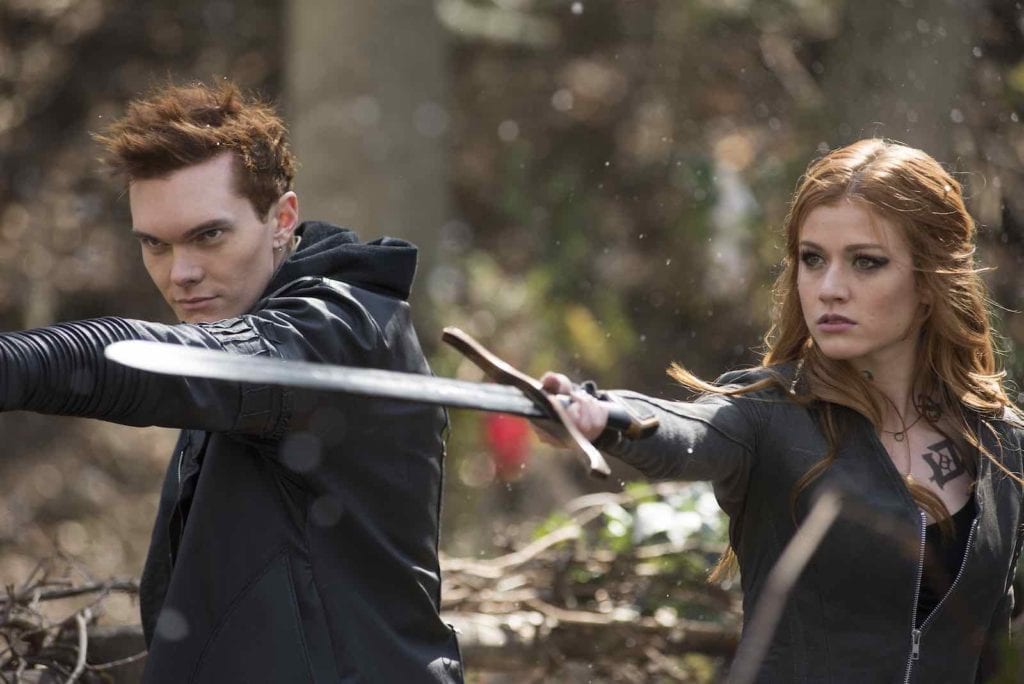 Brother Jonathan and Sister Clary pay a little visit to the Seelie Queen with hopes of a trade for the Morningstar Sword. Things get a little heated and she gives the Queen a little bitchslap, Morgenstern-style. Following the Seelie Queen’s comments, Clary retorts, “I am a proper Morgenstern, just like my brother. After all, we are one.” 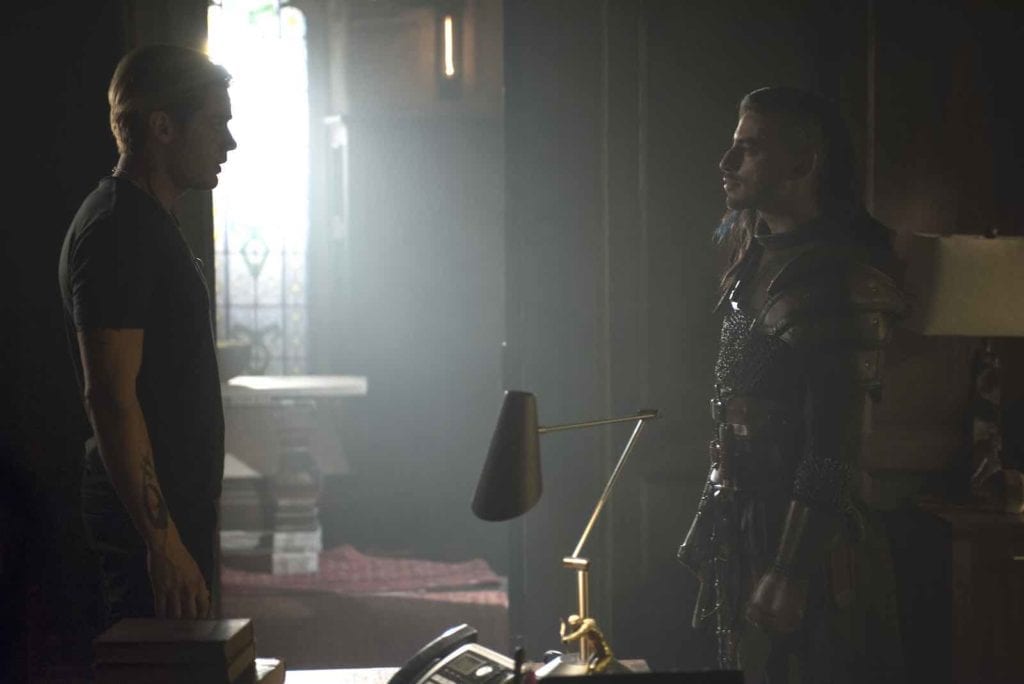 Anyway, the Seelies (who are probably pissed Dark Clary has taken to beating up their kin) agree to help Clary’s friends get her as far away as possible from her bad seed bro. The Seelies can’t lie – but they can make omissions. They leave a door open (that Izzy made) for Clary and J-dog’s visit. As things generally go in Shadowhunters, Jace leaves the door open (Get it?) for Meliorn (Jade Hassouné) to call in a future favor, telling him he’ll always be in his debt.

Elsewhere, Jonathan is stoked at the new sister/brother dynamic he & Clary have going on. Only recently Clary viewed him similarly to a piece of chewing gum stuck to her shoe, and now they’re a dream team. She hasn’t even mentioned that she thinks the rune binding them together is a curse for like ages.

Getting a little ahead of himself – and possibly emboldened after reading some Game of Thrones fan fiction – Jonathan goes in for a french kiss with Clary and is cruelly rebuffed. She reminds him they’re family, with the subtext that where she comes from, people don’t just go around necking their blood relations. 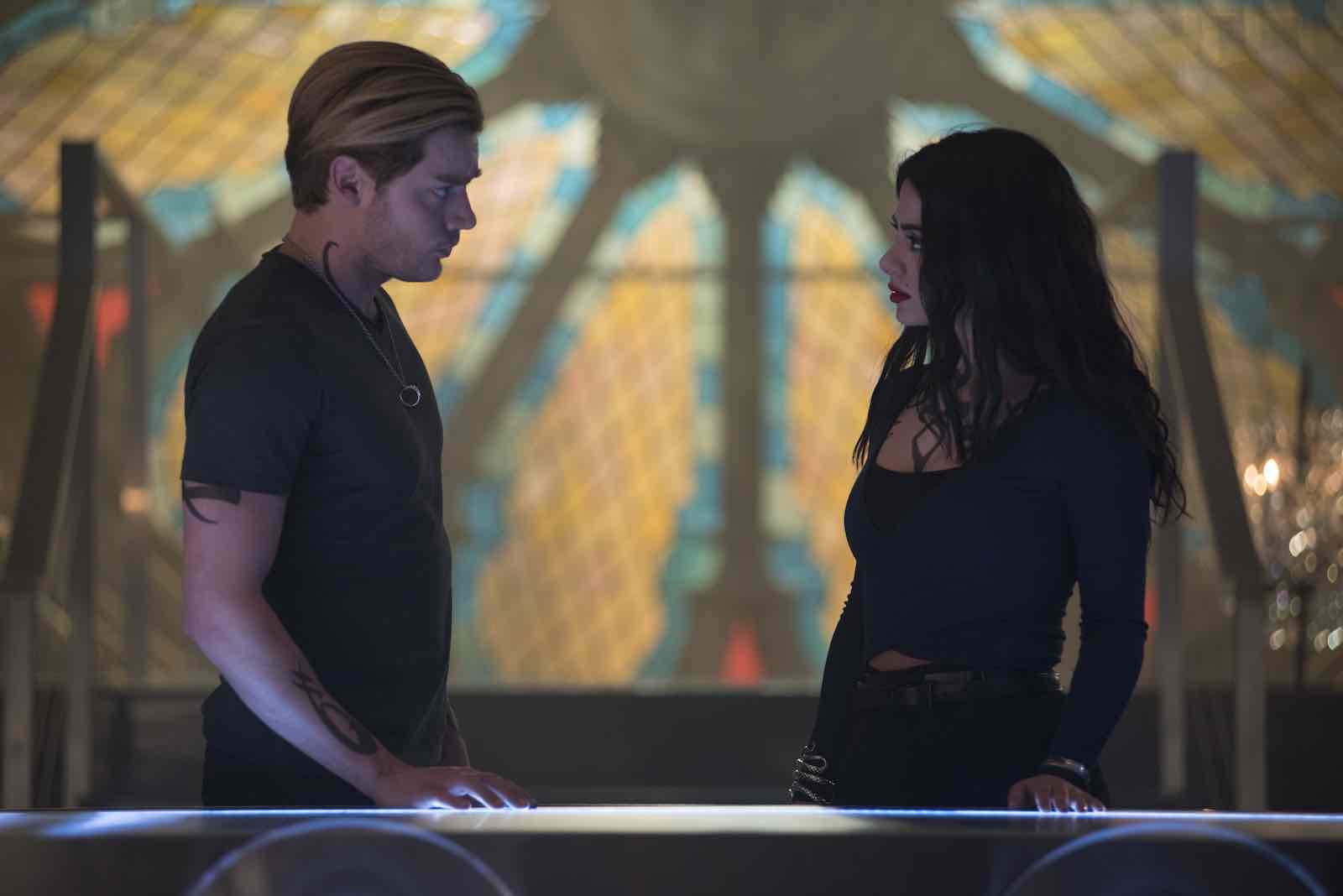 Things really get spicy after the trade goes down (sword for queen, that is) when Jace & Izzy show themselves. Izzy ominously pronounces: “We’re here for you, Clary, whether you like it or not.” While Jace & Alec hold off Jonathan, Izzy is left no other choice than to attack Clary with Glorious.

With Clary still holding the powerful position, Simon (Alberto Rosende) joins the Fray (Get it?) to stop her. “Supervillain is not a good look on you.”

Brother Jonathan distracts Clary and Jace finally stabs her with Glorious, destroying the binding rune. As Clary & J-dog are now longer bound together, Jonathan sprouts beautiful black wings; apparently being joined to his sis was holding him back. He flies off on his merry way. 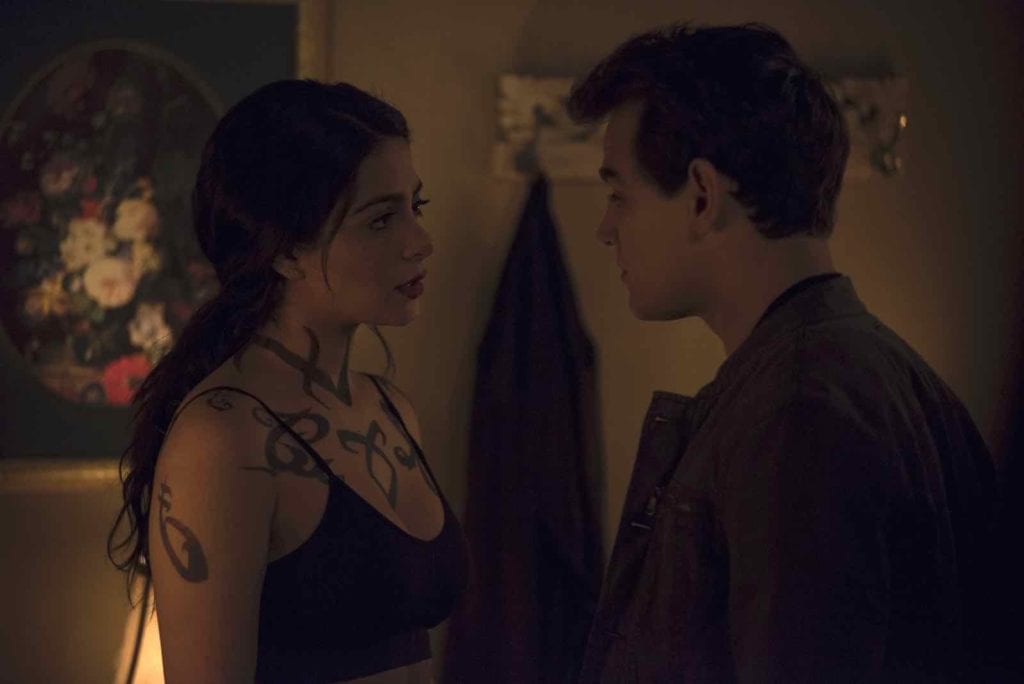 Glorious then shatters terrifyingly, and Izzy has to protect Simon (as a Downworlder) from its heavenly fire. We’re sure they had a moment there and we’re waiting with baited breath for a Simon & Izzy union of sorts very soon.

Clary’s obviously feeling pretty awful about the whole Dark Clary thing and tries to talk things through with Jace. Although he tries to reassure her it’s fine, it falls on emo ears: “The pull of family, of blood, rune or not – it’s an impossible thing to fight.”

There isn’t much time to sit and consider anything, because after they arrive in Alicante, Jonathan unleashes a whole load of demons to make an already shitty day even sh&^*ier. Throwing all his toys out of the crib, Jonathan is so sad later that Clary doesn’t love him the way he wants that he destroys the Morningstar Sword (which he so desperately sought earlier this episode) – a terrible implication for the rift he created and all the demons he summoned. 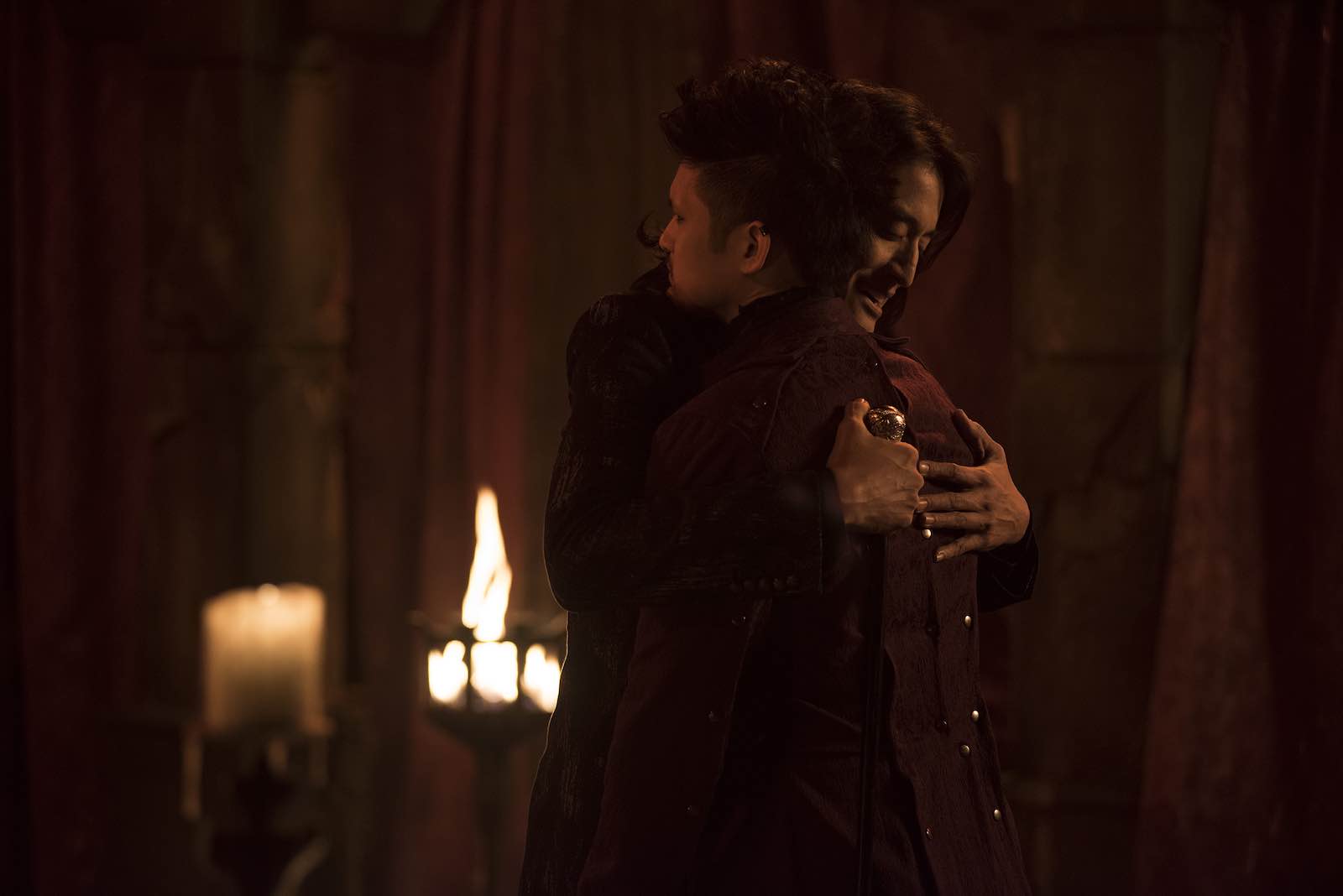 Elsewhere, Asmodeus tries to play Daddy Dearest to Magnus by buying him a pretzel, which goes down like a lead balloon. He does decide, however, to make one positive move, and goes to Lorenzo (Javier Muñoz) to ask for his apartment back. When the warlock refuses, Asmodeus turns Lorenzo into a lizard. Talking about effed-up family vibes: Magnus is visibly surprised his father didn’t outright kill Lorenzo.

In another heartbreaking scene, Alec’s mother asks about his impending proposal to Magnus. He tells her the awful truth that they broke up. Finally, someone does something sensible in this whole Malec tragedrama. Maryse Lightwood heads over to see Magnus and dishes all the dirt about Alec. They start to put the pieces together and realize what he’s done.

When Magnus goes to speak with Asmodeus about everything he’s come to understand, he’s not stoked with Daddy Dearest’s reply. So he sends him to limbo . . . forever. And now a nation of teenagers wish they were powerful warlocks so they can avoid cleaning their rooms . . . forever. 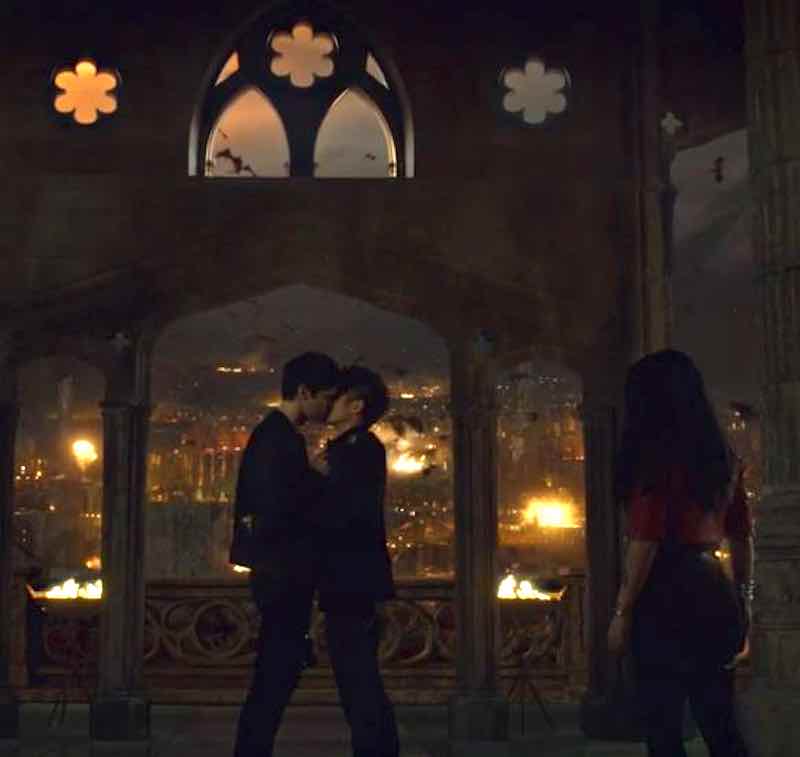 It’s a nice day for a Malec wedding

To say everyone has experienced a shitty day so far would be an understatement. But finally a little glimmer of hope appears as Alex & Izzy steel themselves to face an army of demons. Magnus conveniently pops in, blowing up a number of demons with magic. His excuse for the lateness? “Traffic was hell.”

Finally, things are looking up. After Magnus tells Alec everything he knows about the deal, they smooch. Then comes the moment we’ve all been waiting for: the Malec proposal. “Will you marry me?” Magnus asks. “Only if you’ll marry me,” Alec responds.

If this season has shown us anything, it’s that we can’t have more than three minutes of happiness at a time. In order to close the rift, Magnus needs to take a quick vacay to Edom to increase his power. Agghhhh! 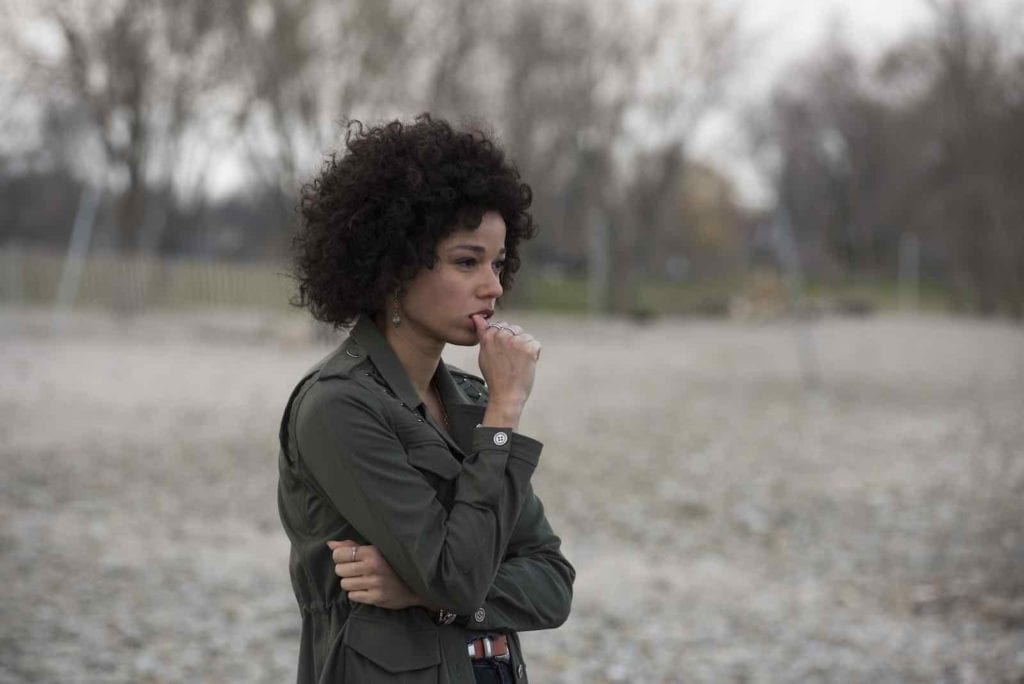 Maia is presented with a tough choice when Jordan brings her the serum he stole from the Institute. She could take it and become human again. This is the self-same vial Luke must retrieve for Praetor Lupus if he wants to stay out of Sing-Sing.

Heartbreak is just around the corner, with Jordan asking Maia to take the vial and begin a new life somewhere else. Time’s limited for Jordan because he’s dying from the silver poisoning he said had been cured of.

Maia decides against taking the cure. “I’ve spent too much time thinking about the past. Going back wouldn’t help me in the present.” We leave the episode with Luke declaring the vial shouldn’t go back to the Clave or to Praetor Lupus – no one should have such power. When Maia returns, Jordan’s dead already. She declares steadfastly, “I’ll be fine. I have to be.”