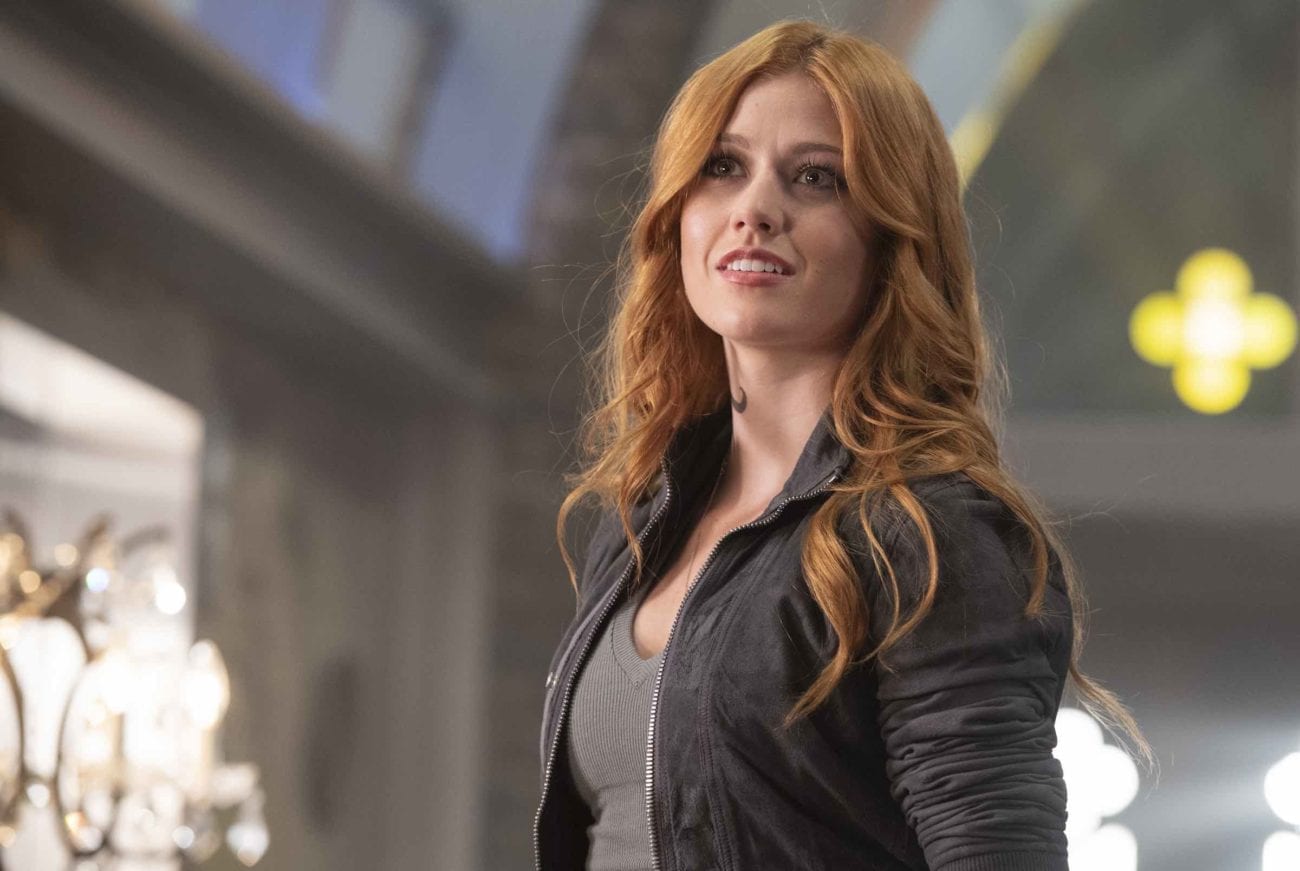 We revisit a bittersweet moment for the Shadowfam: the moment before the exciting two-part finale of Shadowhunters. Here’s to hoping it was actually a fakeout, and we’ve got many more seasons to look forward to.

It’s been a funny old week for the Shadowfam. First we heard from the horses’ mouths (showrunners Todd Slavkin & Darren Swimmer) what they had planned for the season four that (presently) isn’t going to be forthcoming. Then they gave an exclusive interview that attempted to change history, stating “Netflix cancelled Shadowhunters”, rather than the producers, Freeform and Constantin Film.

We had to give The Mouse an A for effort with this one; showrunners working in film & TV understand the difference between an owner, a network, a production company, and a third-party distributor, so we’re guessing they were contractually obliged to spout that claptrap.

In sunnier news, the Boom Bitches did it again, unveiling maybe the best public advertisement for Shadowhunters we’ve seen yet in NYC just in time for the 2019 GLAAD awards. (Yup, it’s much better than anything you’ve ever mustered, Freeformflop.)

Shadowhunters was nominated for Outstanding Drama Series and lost out to Pose because, well, it’s Pose (never has a show embraced diversity and smashed the glass ceiling so hard before, and been so representative for LGBTQI stories). All was not lost though, as our beloved cast and crew got a chance to gussy up for the cameras – and anyways Shadowhunters did already win that award in 2017. No need to get greedy. 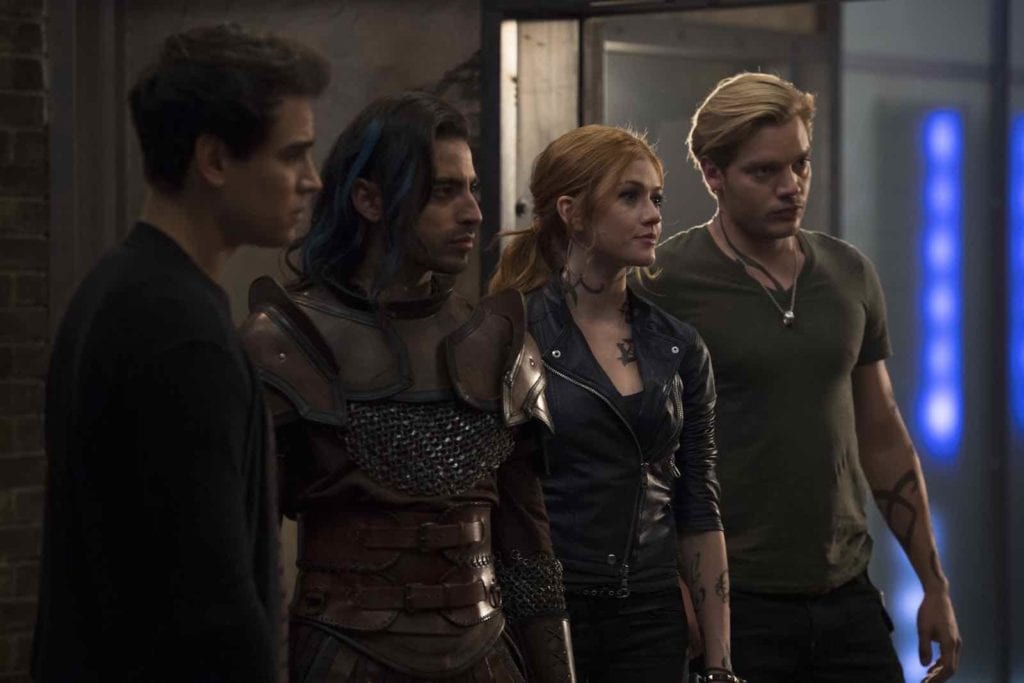 We’ve got all types of feelings about what happens after tomorrow’s finale, but the one thing we hold dear is that Shadowhunters will be saved. Let’s be honest. A show this global doesn’t belong on broadcast TV. A 21st-century company is going to take these stories to the next level and include streaming, merchandise, and convention revenue into its business plan. All talk of saving Shadowhunters aside, here’s our final preview (for now) for E3022 “All Good Things”.

If you’re saving the show up to bingewatch or you’d rather go into things blind, look away now: many a celestial spoiler awaits below. Also, we’re not discussing any leaks here. Go to Reddit for that dirt.

In case you missed it, here was our preview of E21. E22 follows below.

What we know so far about E21 “Alliance”

“In the first part of the series finale, Clary comes up with a plan that will bring Shadowhunters and Downworlders together, as Alec struggles for a way to help Magnus.”

We’ve got so many questions about this clip. Has Magnus suddenly become a reptile fancier? Why is this Lizard so emo? WTF is happening to Izzy?

Ok, we’re crying now. There’s no way the Shadowhunters’ bosses are going to let the season finish without a Malec wedding, right? Also: Maryse, don’t be such a pessimist, girl. We know this true love is going to find a way.

If these juicy videos didn’t whet your appetite, here are the available stills from the episode: 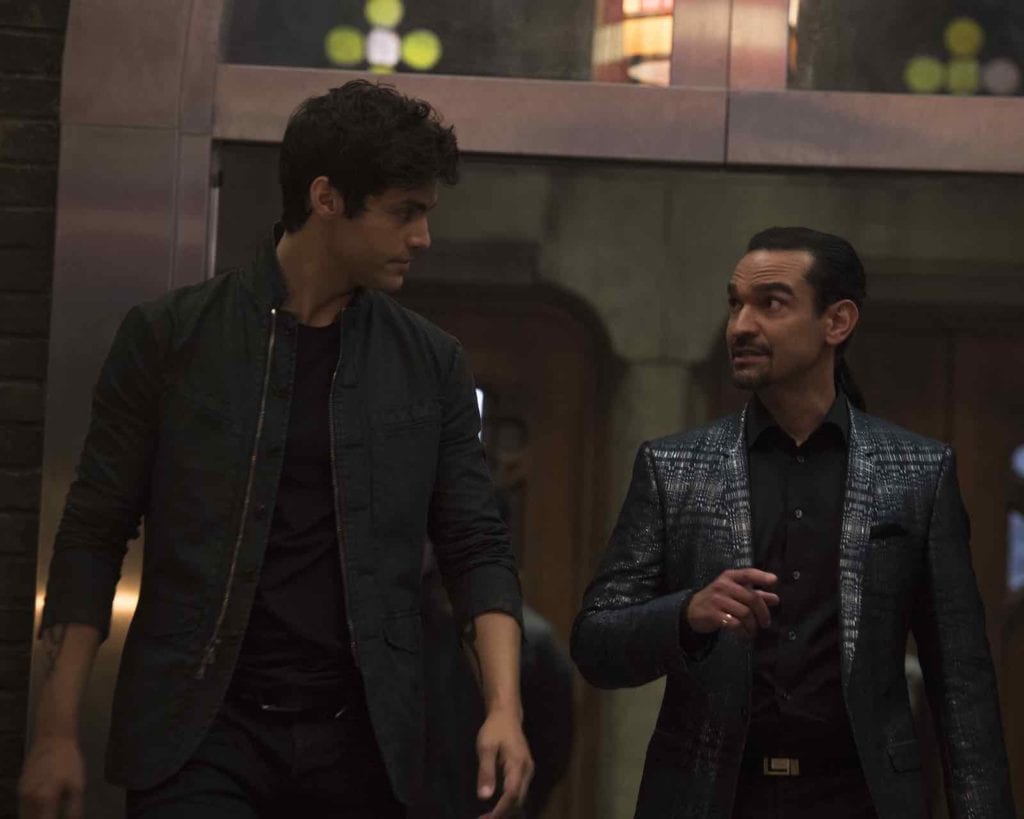 What are Alex and Lorenzo up to? 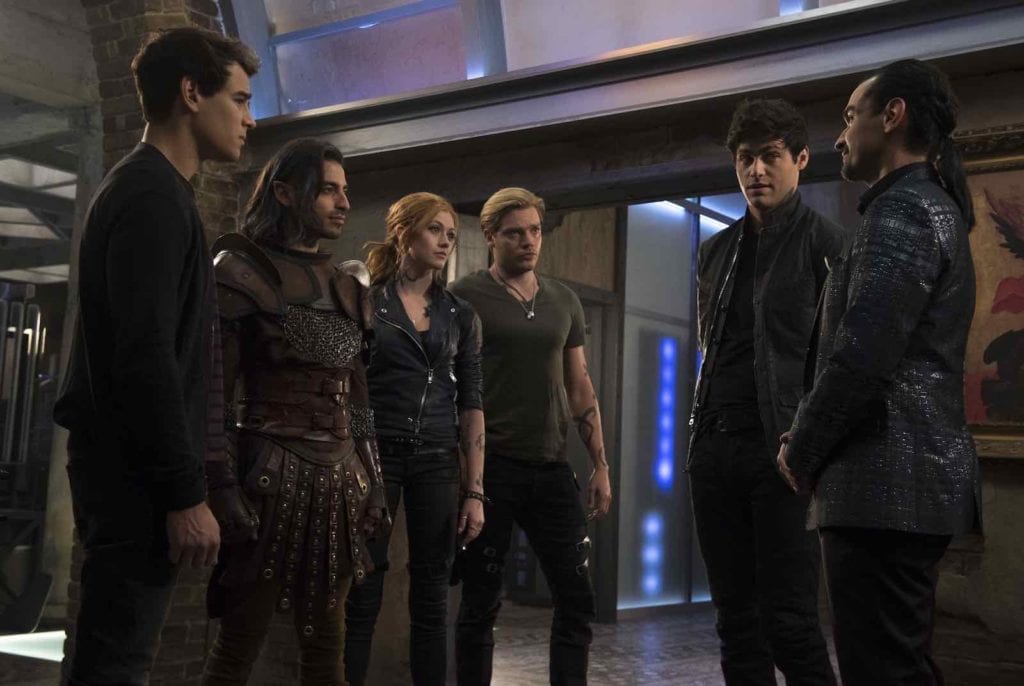 The gang’s (nearly) all here. 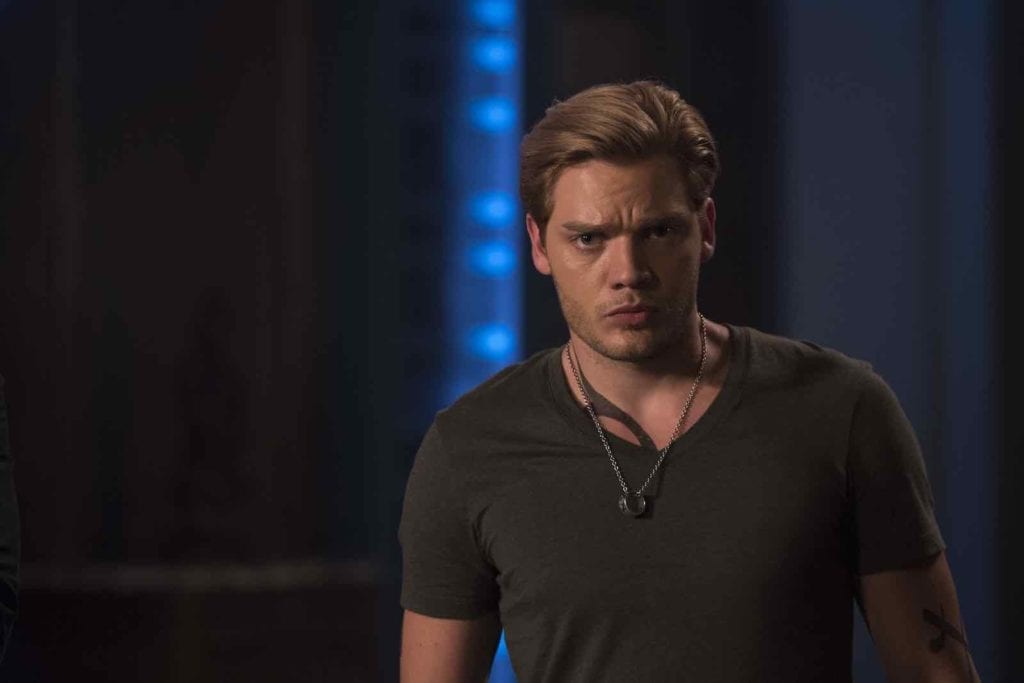 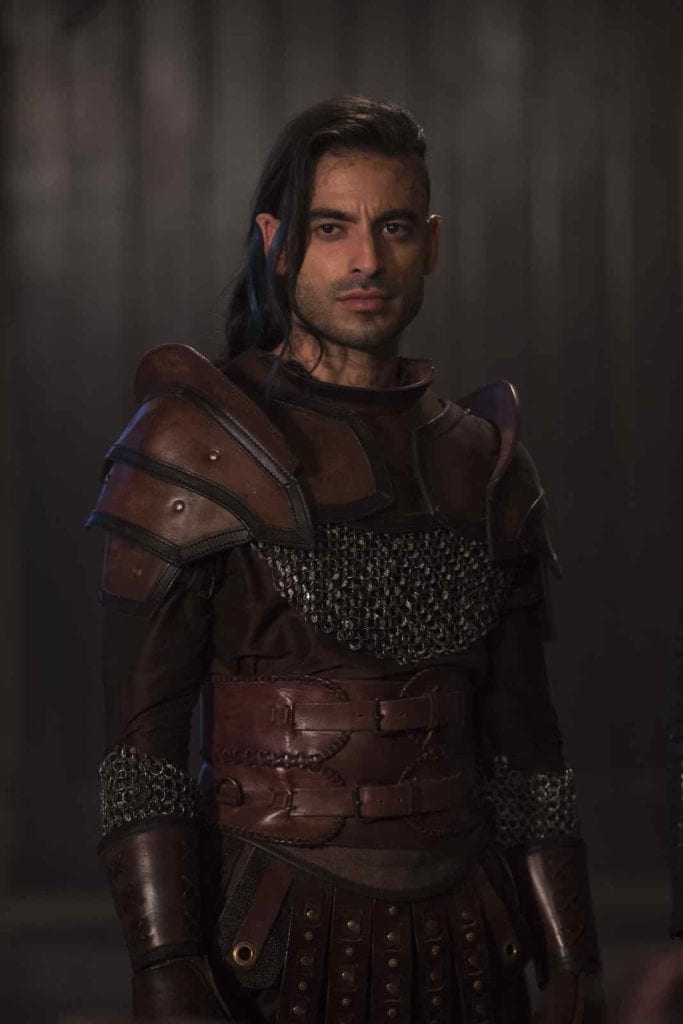 Be still our hearts. 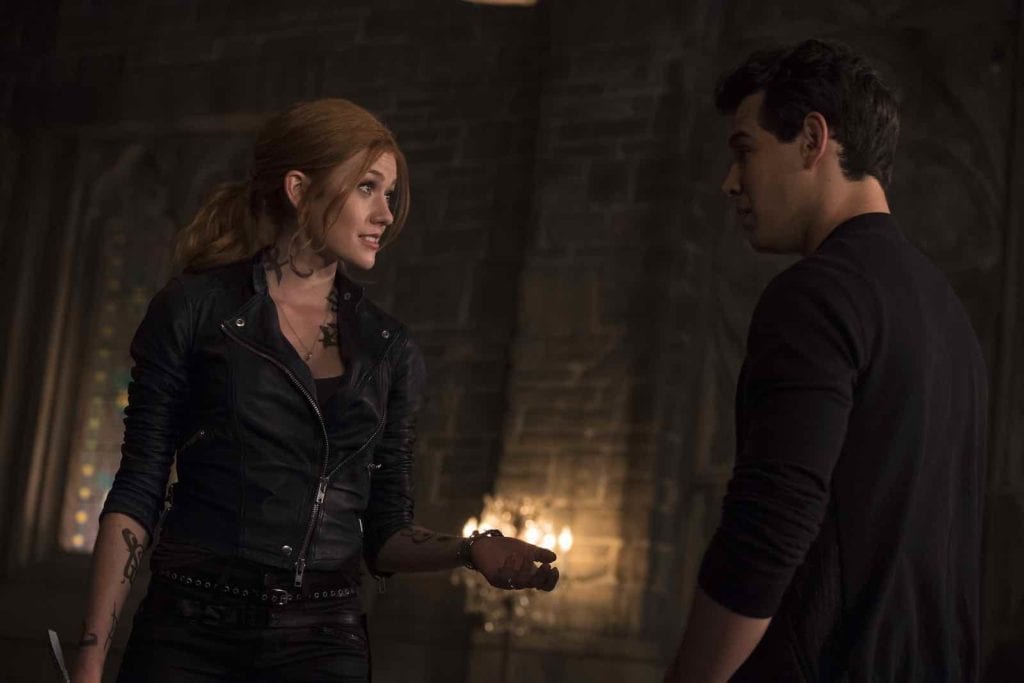 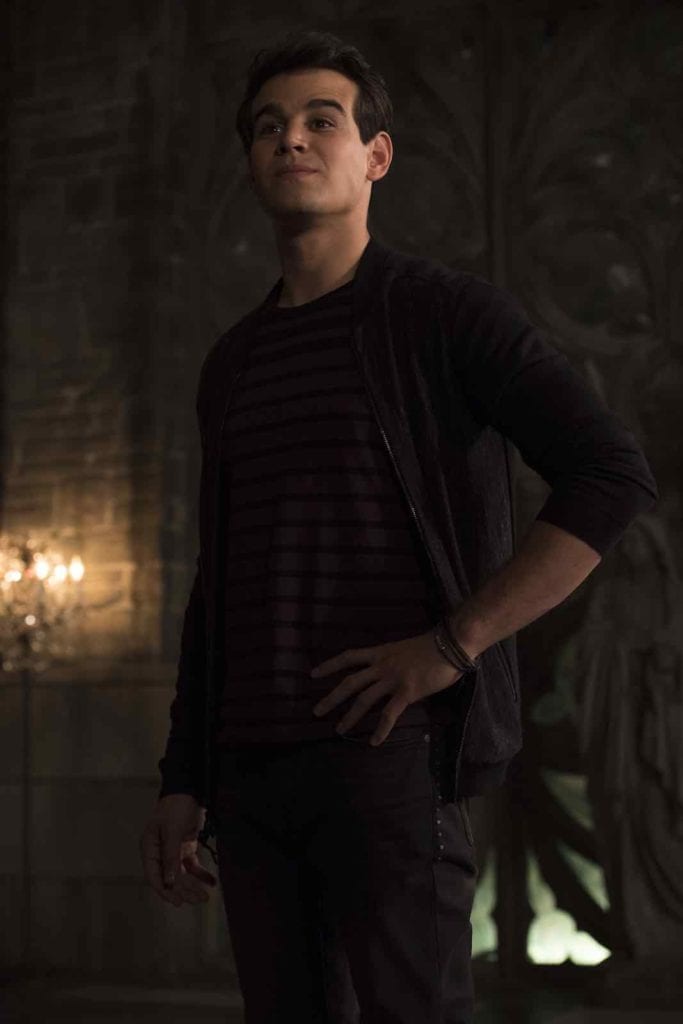 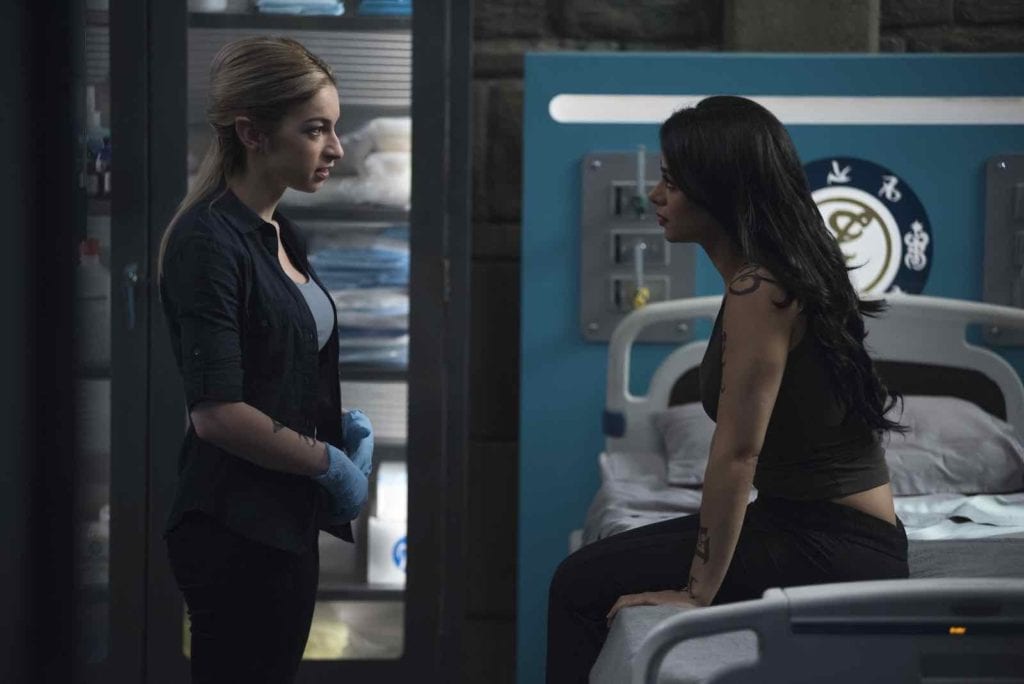 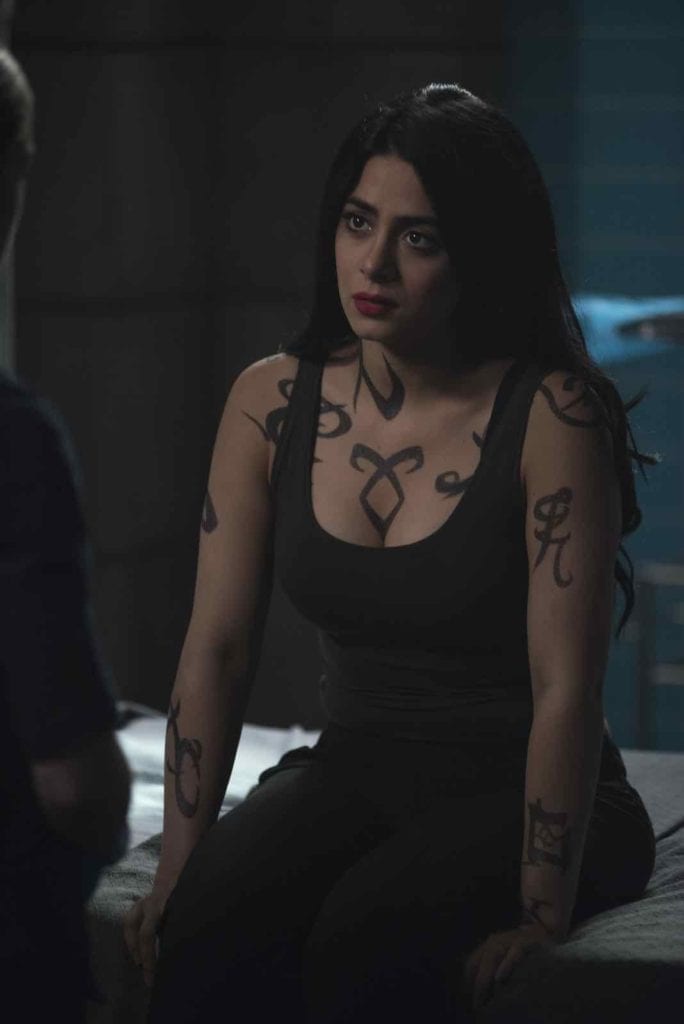 Izzy, are you ok? 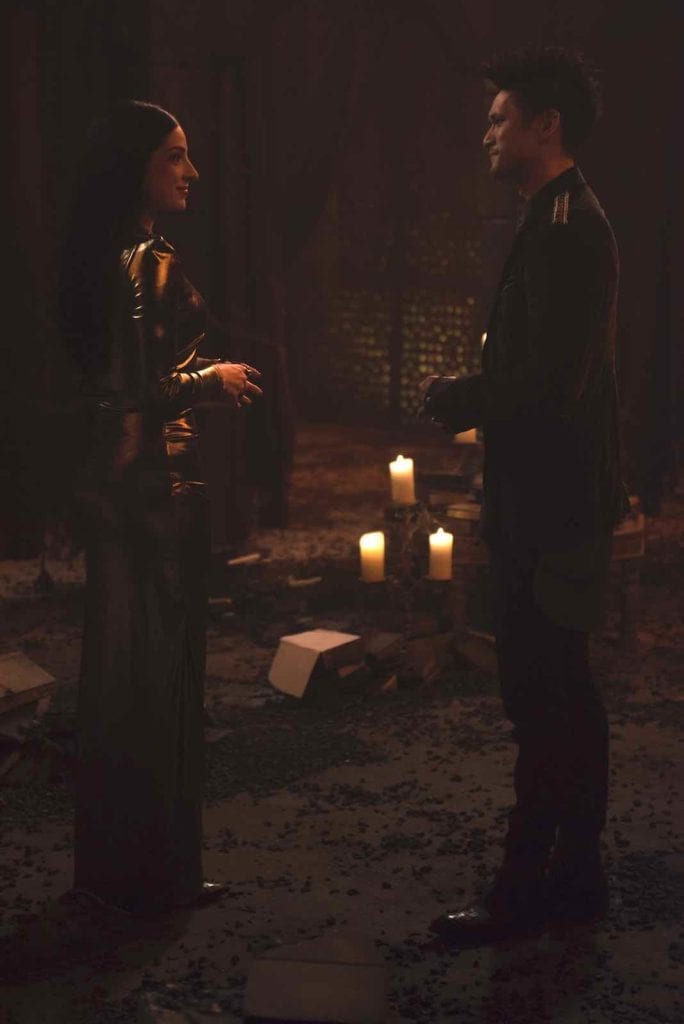 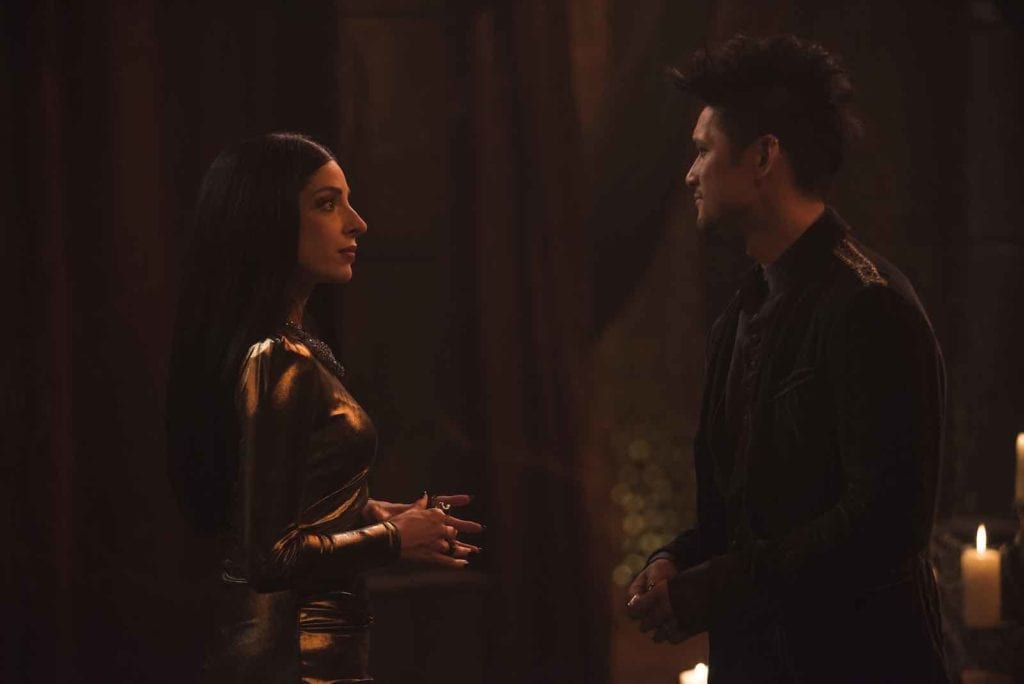 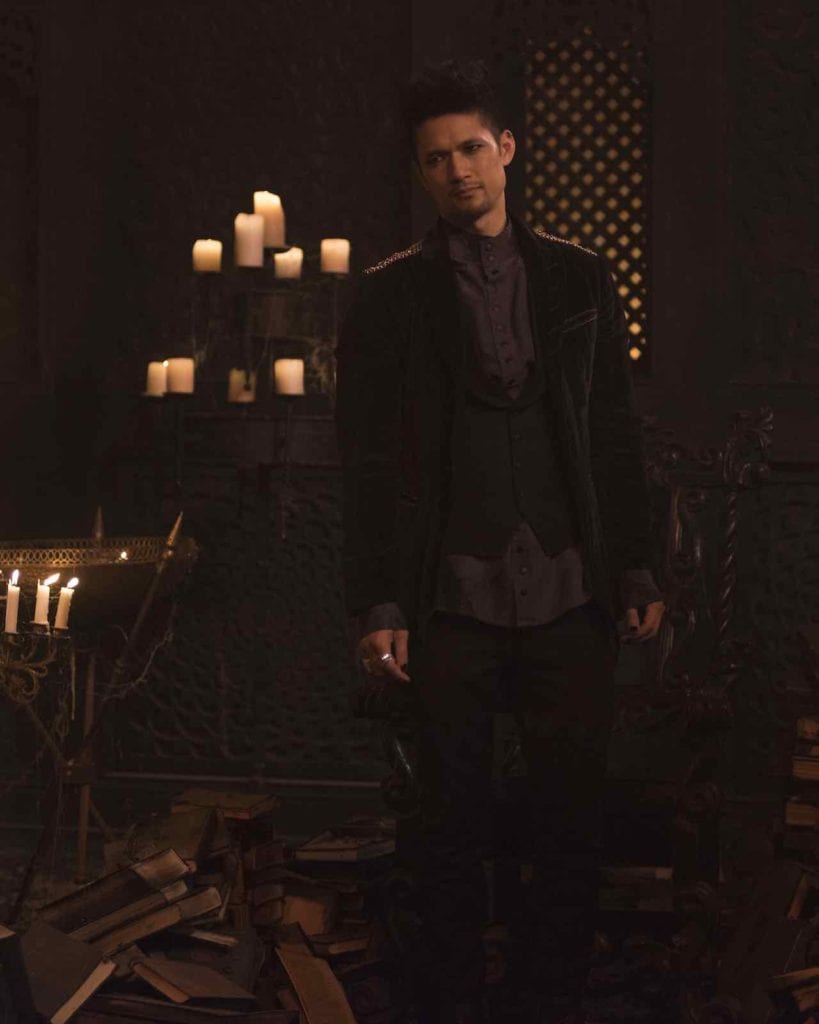 Magnus Bane, the warlock of our hearts

What we know so far about E22 “All Good Things”

“In the second part of the series finale, Jonathan begins his reign of vengeful terror as the Shadowhunters try to find a way to stop him. With only one hope, Clary must make a sacrifice that could have long-lasting implications for all. Meanwhile, wedding bells are in the air for one special couple.”

“All you need is a little magic and exquisite taste.”

Okay, we’re weeping already. There are no words needed here apart from: how can this show which is such a bastion and troubadour for diversity be leaving the airwaves (temporarily)? We’re not counting on a Malec wedding till we see the “I do”s though.

Here are the sneak-peak stills we’ve got from this episode. We’re too busy crying to comment . . . . Make of them what you will. 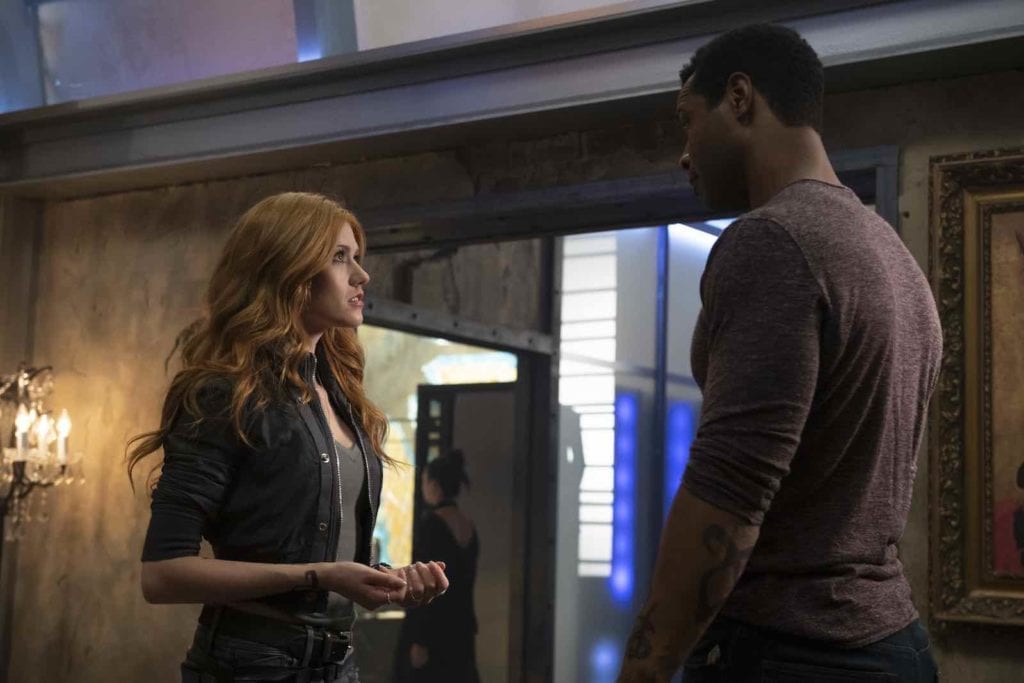 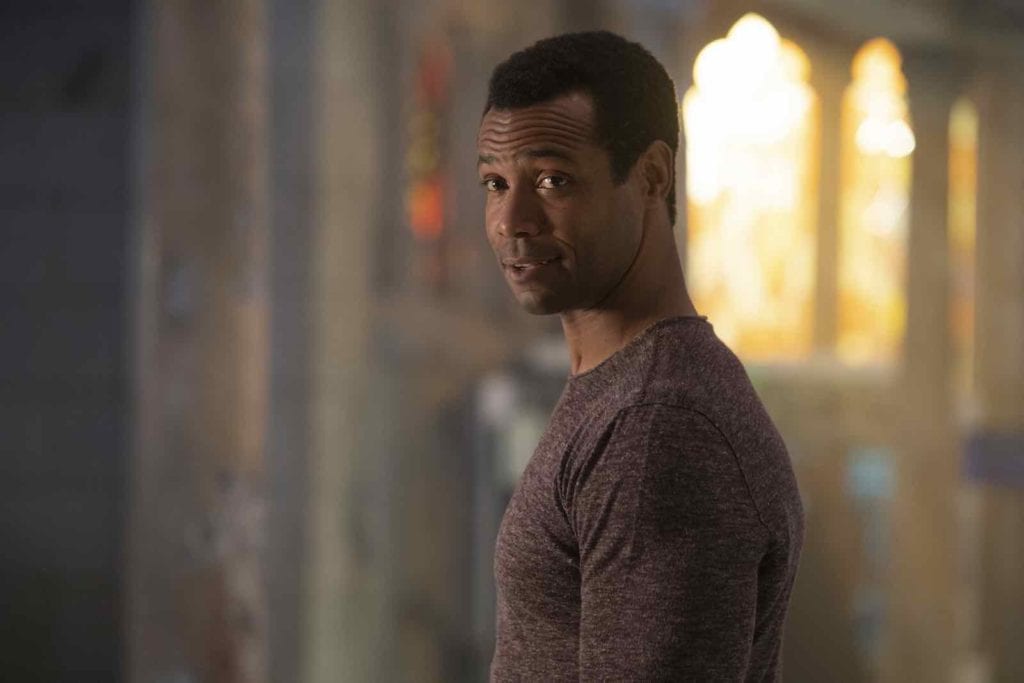 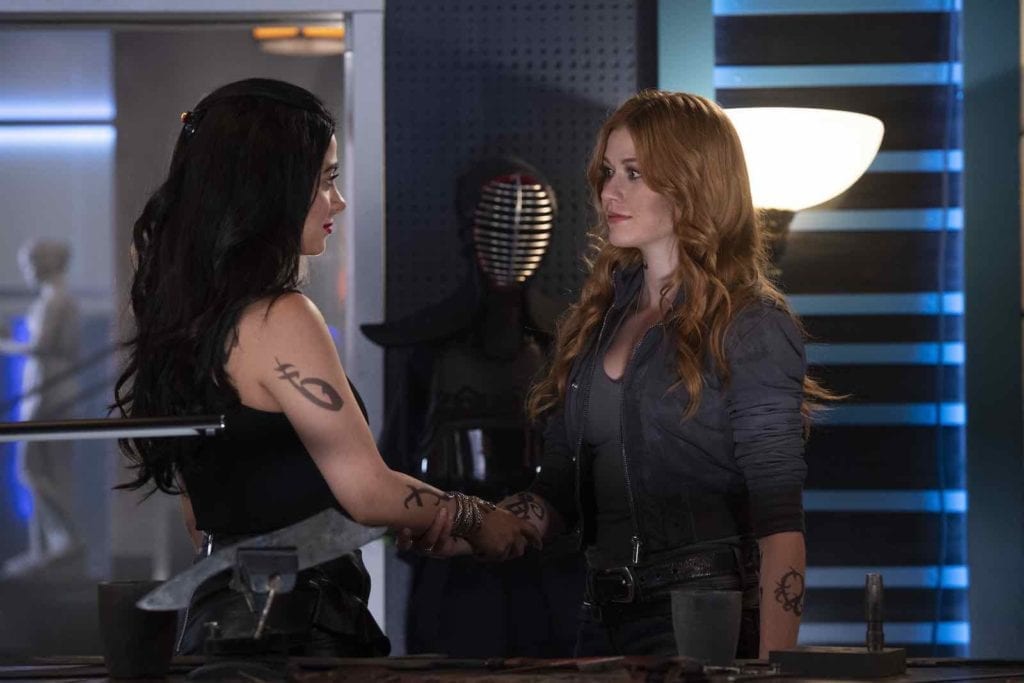 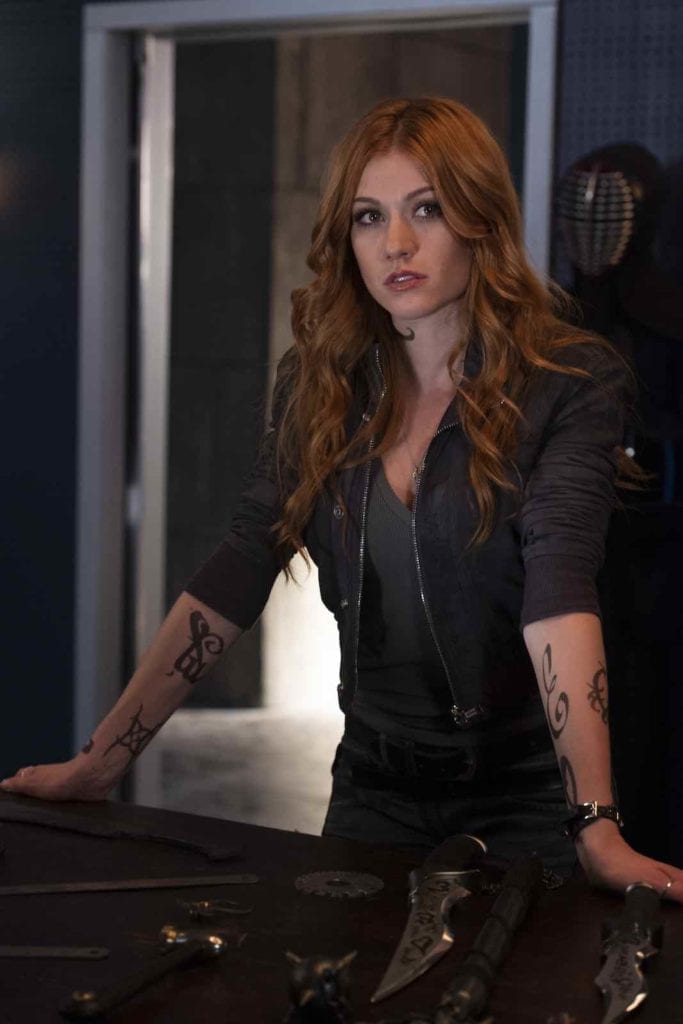 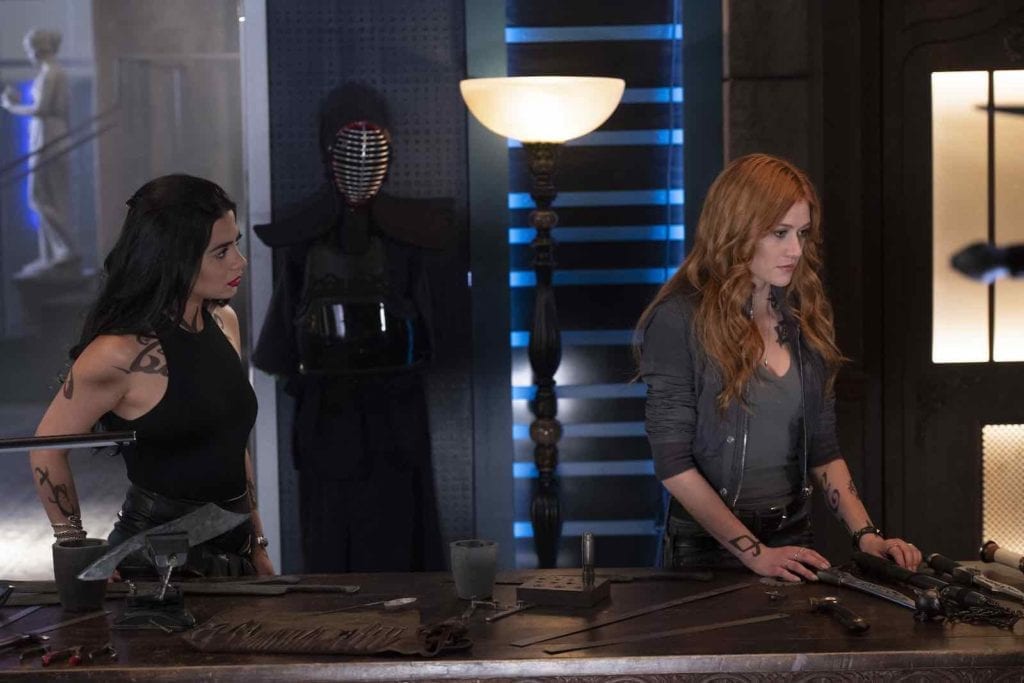 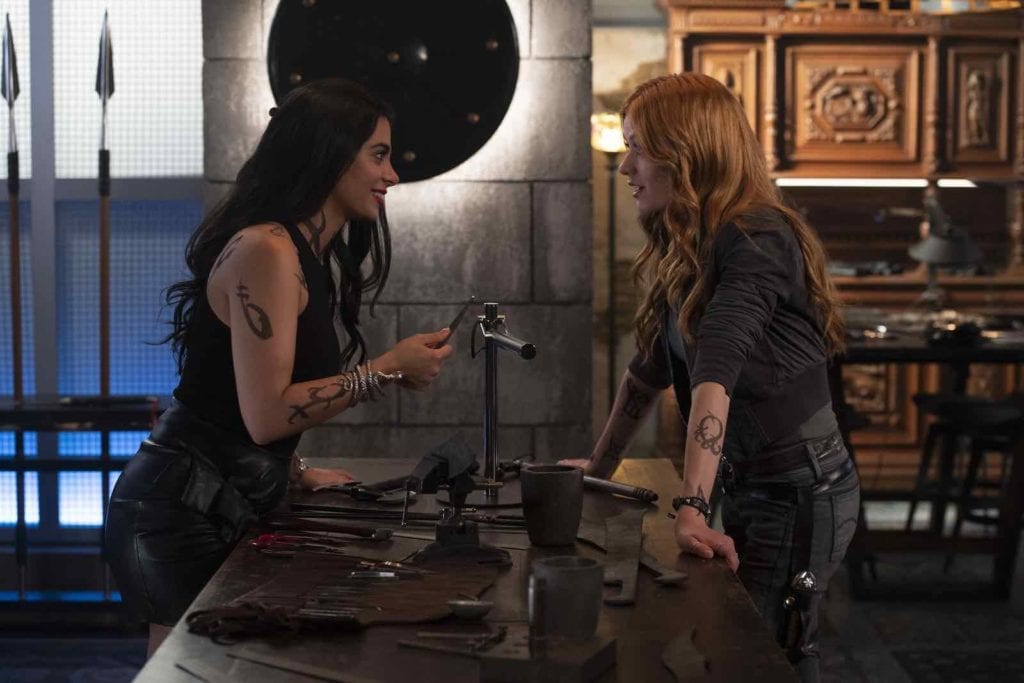 The Shadowfam has less than a week to wait until the finale airs. With so many balls still up in the air, we have no idea whatsoever how things are going to turn out for Clary & co. All we do know is you need to get stocked up on tissues if recent weeks are anything to go by. We’re still dreaming of a Malec wedding – just sayin’.