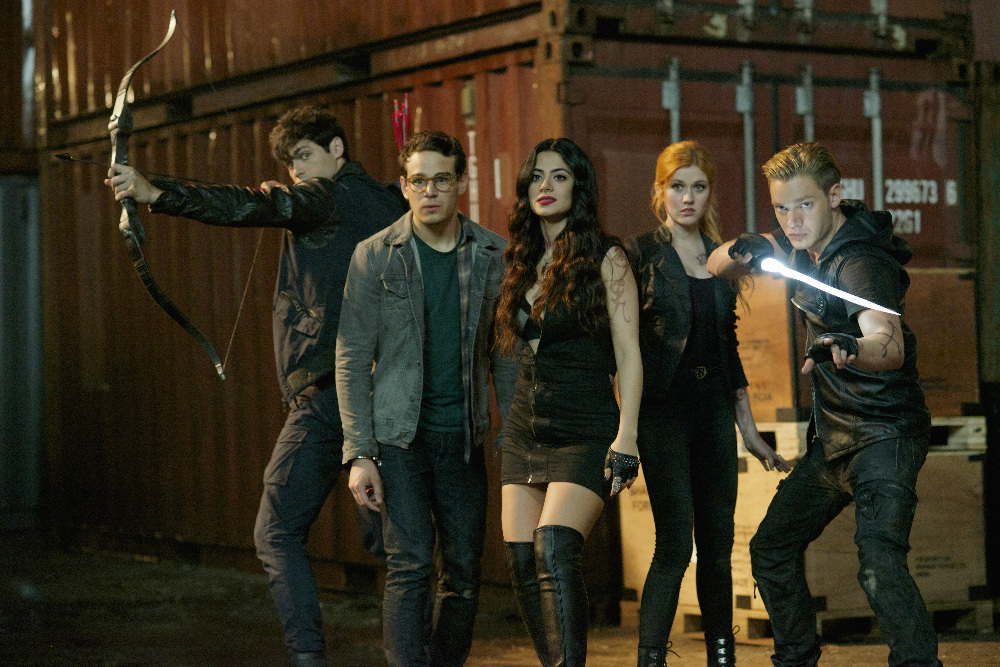 ‘Shadowhunters’ at SDCC highlighted the ferocity of fringe fandom

After Freeform chose not to do a Shadowhunters panel at San Diego Comic Con for what could be the final ever season of the show (unless it’s rightfully saved), fans threw a sassy hair flip in Freeform’s general direction and set up their own celebration of the show. That celebration was part protest and part promotion in support of the ongoing #SaveShadowhunters campaign that has been ferociously demonstrated by fans since the young adult series was cancelled at the start of June. The centerpiece? A #SaveShadowhunters pedicab that circled SDCC.

According to a fan on Twitter, one especially cool driver let fans ride on the pedicabs for free, installed a speaker so the Shadowhunters theme tune “This is the Hunt” could be blasted on the journey, and also helped to hand out flyers in support of saving the show. But perhaps the crowning jewel of the #SaveShadowhunters efforts was the appearance of actor Jack Yang, who rocked up to SDCC in character as Asmodeus and rode that pedicab with all the brooding regal swagger of the legit Prince of Hell (cane and all). As one startled fan put it, “Words I never thought I’d say: ‘love Asmodeus.’ I can’t believe a cast member went in character to SDCC for #SaveShadowhunters.” 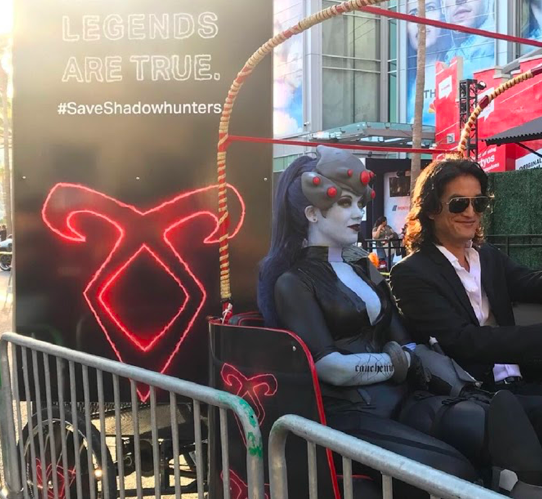 Yang’s appearance is exactly the sort of community-led action that Shadowhunters fans have become renowned for in recent weeks. This is a fandom recruiting publicity for its show and its cause via outside-the-box thinking that almost echoes the DIY integrity of the punk scene. Yang riding a #SaveShadowhunters pedicab (bought by the raised funds of fans) offers a presence that exists powerfully and conspicuously on the periphery of SDCC and not within it.

This highlights something incredibly important about Shadowhunters as a show and of the fans who are gloriously passionate about it. It’s a fringe show that doesn’t exactly fit the conventional parameters of mainstream entertainment. But it offers diverse storytelling and features woefully underrepresented character types to young people who want (and deserve) to see complex depictions of LGBTQI and female characters.

This was never more evident than when those #SaveShadowhunters pedicabs circled SDCC with fans bringing the ruckus for their favorite show and uniting with one another beyond the conventional hustle and bustle of the convention. It’s become clear that Shadowhunters is a show that revolves around unity and chosen family – for fans it offers a lifeline of connection that perhaps can’t be found within other more mainstream shows. It’s exactly what makes the show standout as a much cherished gem on social media, as Shadowhunters actually enjoyed a greater presence than other Freeform shows that were part of the official SDCC schedule.

As several fans pointed out on Twitter, the #ShadowhuntersTakeSDCC campaign received more mentions on the platform than official hashtags for the two Freeform shows in attendance at the event: Siren and Cloak & Dagger. “Lol, we keep ruining @FreeformTV’s day,” bragged one Shadowhunters fan. “They tried to keep us out of SDCC and we brought the prince of hell riding down the street, blasting ‘This is the Hunt.’ What else can we crash next? They having a birthday party?” 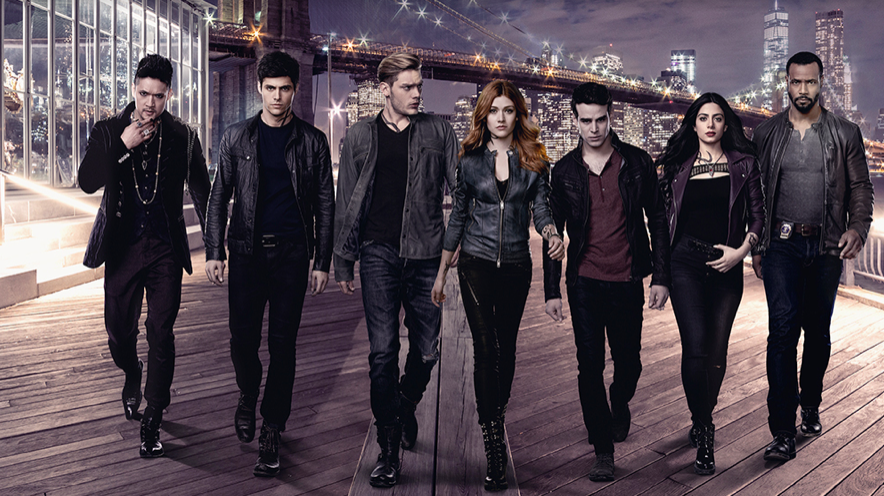 It’s no surprise that during SDCC, the Pure Fandom Awards actually created a category specifically to acknowledge the Shadowhunters fandom by gifting them The 2018 Pure Fan-spiration Award. They deserve it, too. In the time since Shadowhunters has been cancelled, they’ve refused to remain silent and have shown they know how to vocalize their passion and turn it into action – even if it’s just from the periphery.

They’re the most punk rock fandom out there right now and it’d be crazy not to listen to them and give them what they want.