‘Sanditon’ fans deserve another season: Here’s why, in their words

The PBS series Sanditon did not go how fans expected, and while there is a time and a place for surprise endings, this certainly was not one of them. Jane Austen wrote happy endings, she wrote romance stories where love could triumph, people could change for the better, and the world could be good.

The Sanditon series from late 2019 was almost none of those things. Nearly every character walked away disappointed and crushed.

It was to be expected some liberties would be taken since it was Austen’s unfinished novel, however, to create such a heartbreaking and depressing ending is not in the spirit of Jane Austen. Frankly, it’s unkind to the memory of such a talented woman. 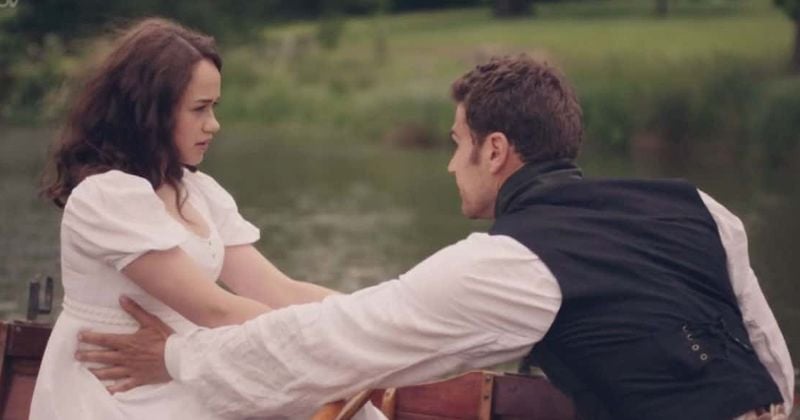 The show was also created in a time where people are actively searching for happy escapism, odds are just about everyone who tuned in to watch Sanditon did so knowing Jane Austen stories have good endings. We were looking for hope and were horribly denied. These are just a few of the reasons Sanditon needs a second season and fans deserve a “happily ever after”.

Here are some other reasons, in the words of fans themselves, as to why Sanditon desperately needs another season.

It was a good show

In the words of @loyaltosanditon, the show was just plain well done, so it would be a thrill to see more of it. The tweet also raises the point of Georgiana – her story by no means felt finished and a character as great as hers deserves more. 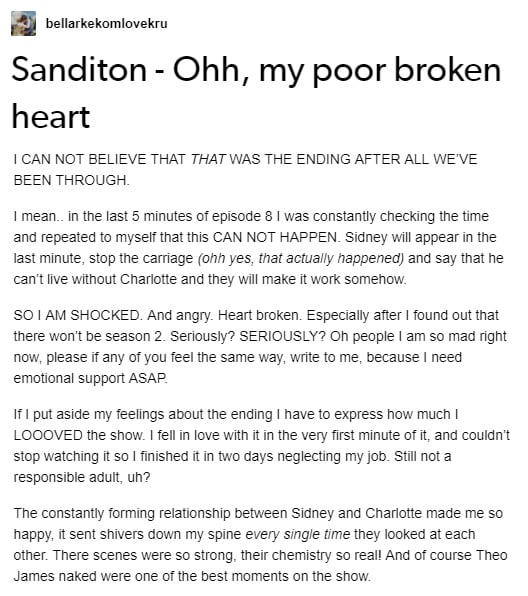 It just doesn’t make sense. Why would you spend nearly eight hours convincing everyone watching that Charlotte and Sidney are made for each other, only to deny them an ending together at the very last moment? 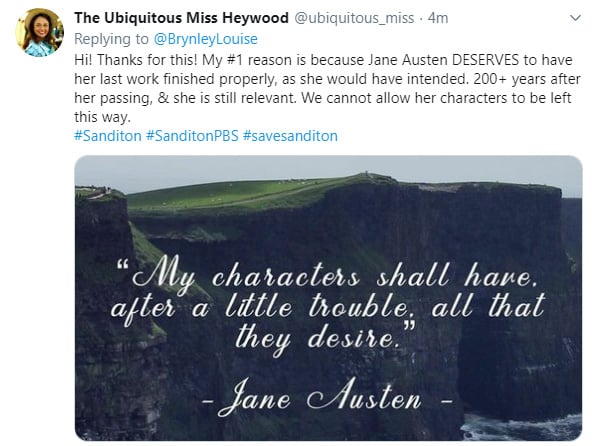 The quote really says it all – Jane Austen clearly never dreamed of ending Sanditon this way. Why should anyone ever question the intentions of a woman whose work has stood the test of time?

@sararipple makes great points. Sanditon really did feel modern despite it being a period piece. It was a clever approach to the story which made it so easily lovable.

Almost every character is mid-story arc. How could anyone ever feel satisfied when all the characters we’ve grown to love have gone home crying and broken?

The cast did such a good job engaging us, that fans are as distraught as Charlotte was on the carriage ride home. 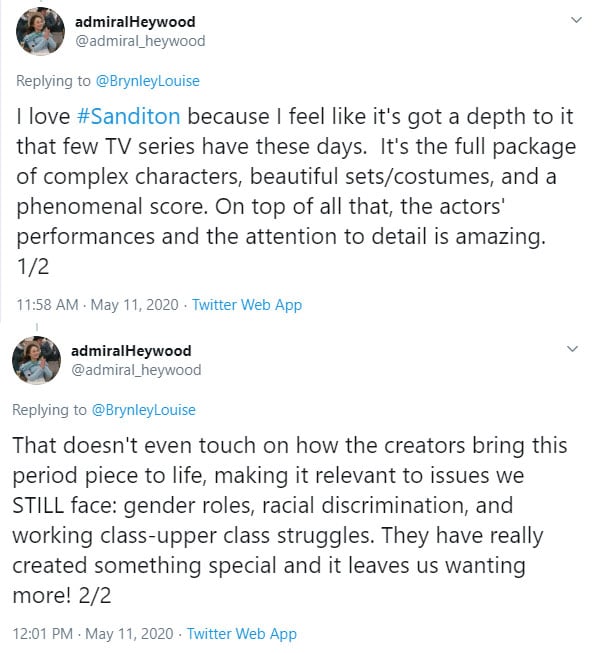 The painful ending aside, this show was great and everyone would be delighted to have more of it just to enjoy the cast and crew’s work some more. 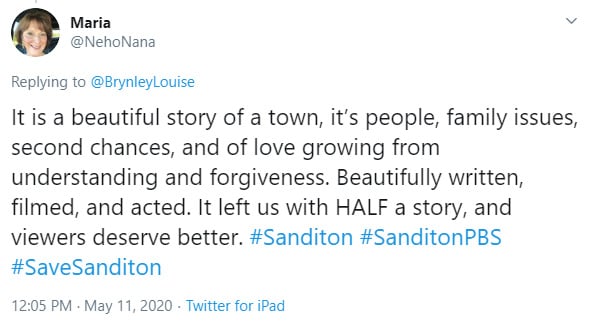 A wonderful story without an ending is nearly a crime. 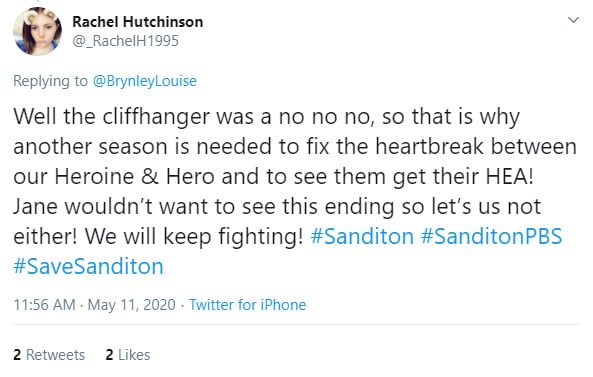 Don’t give up yet, fans of Sanditon, our fight isn’t over. “Can we not rewrite our history if we find it disagreeable?”

If you’re part of the fight to save Sanditon, sign up for our newsletter. We promise to only send you the most relevant content to your inbox.