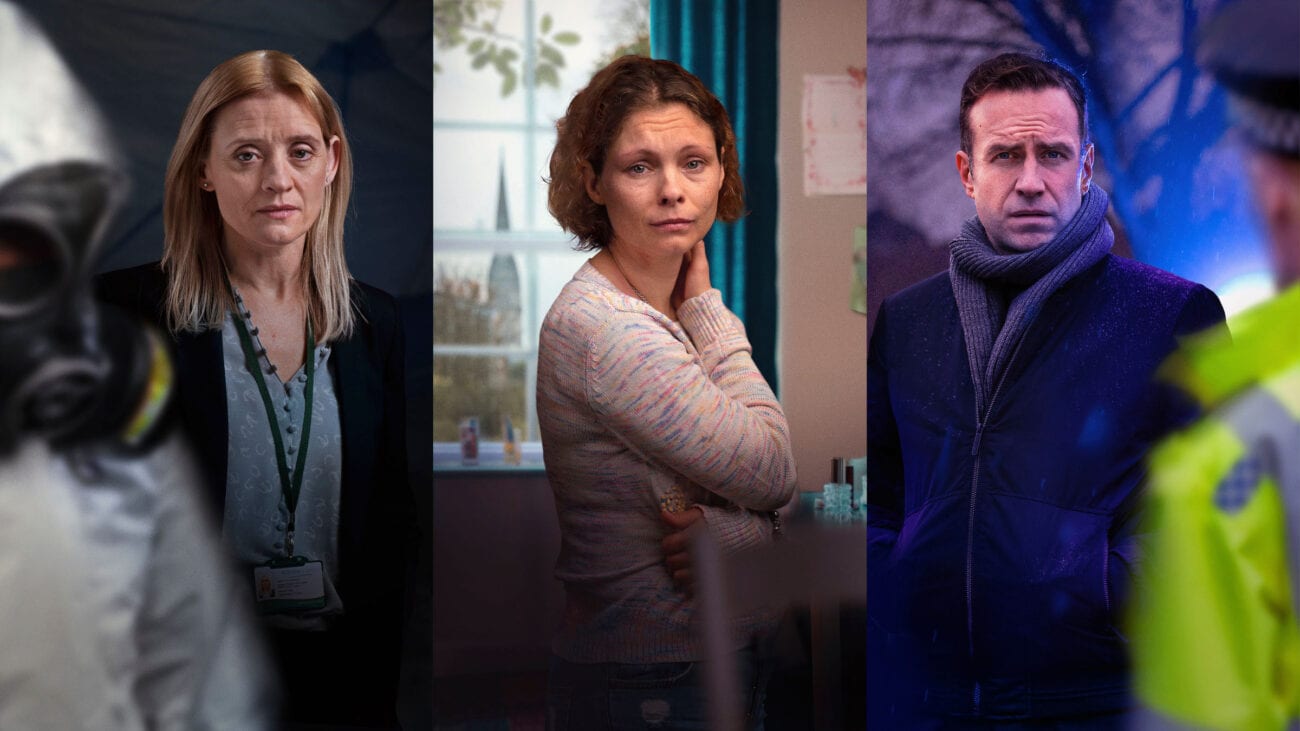 In 2018, the village of Salisbury in Wiltshire, UK was mired in a twelve-month ordeal involving a possible chemical attack. Situated near Stonehenge, this idyllic English town was the last place anyone expected this to happen – let alone the espionage and stranger than fiction dealings surrounding the attacks.

The incident that affected over 60,000 people in Salisbury and dragged on for a year got its own show on the BBC, called The Salisbury Poisonings. Anne Marie Duff is portraying Tracy Daszkiewicz, Wiltshire’s Director of Public Health during the incident.

The Salisbury Poisonings follows Daszkiewicz as she learns the news and handles the crisis, solving a mystery involving spies and possible terrorism in her sleepy town. Before the series premiered, the BBC interviewed the real Daszkiewicz, who summed up her version of events. 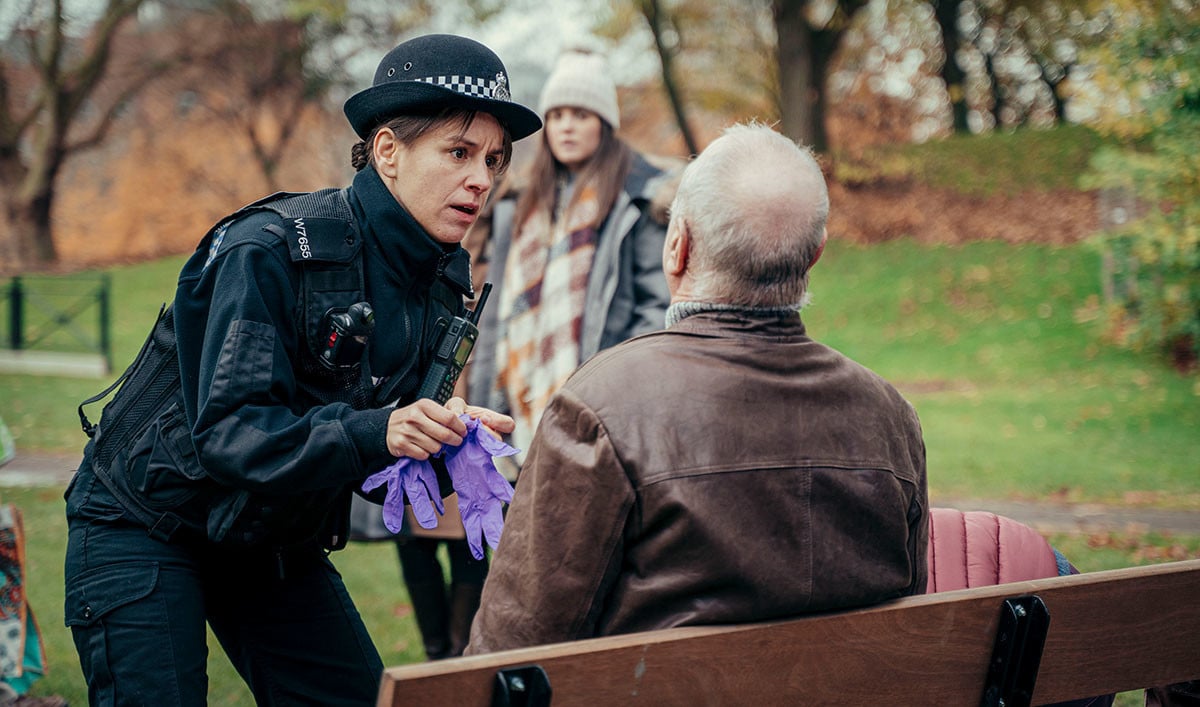 In 2018, Sergei and Yulia Skripal were found poisoned in a public park in Salisbury. Not knowing the cause, investigators stumbled on a frightening culprit: deadly nerve gas used in war and terrorism attacks. The investigation gripped Salisbury into twelve months of panic.

Officers from the Russian Military Intelligence Service were named as the culprits in the attack. Sergei Skripal was an MI6 agent who worked as a double agent, spying on Russia’s military intelligence agency GRU. Swiftly, the UK called the poisoning a terrorist attack and argued Russia attacked its country with chemical weapons.

“We will not tolerate such barbaric attacks on our country,” former Prime Minister Theresa May declared in Parliament in response to the attack. She also argued Britain’s case in Brussels and in the United Nations. As a result, twenty-seven countries expelled hundreds of Russian diplomats, the largest diplomatic expulsion ever. 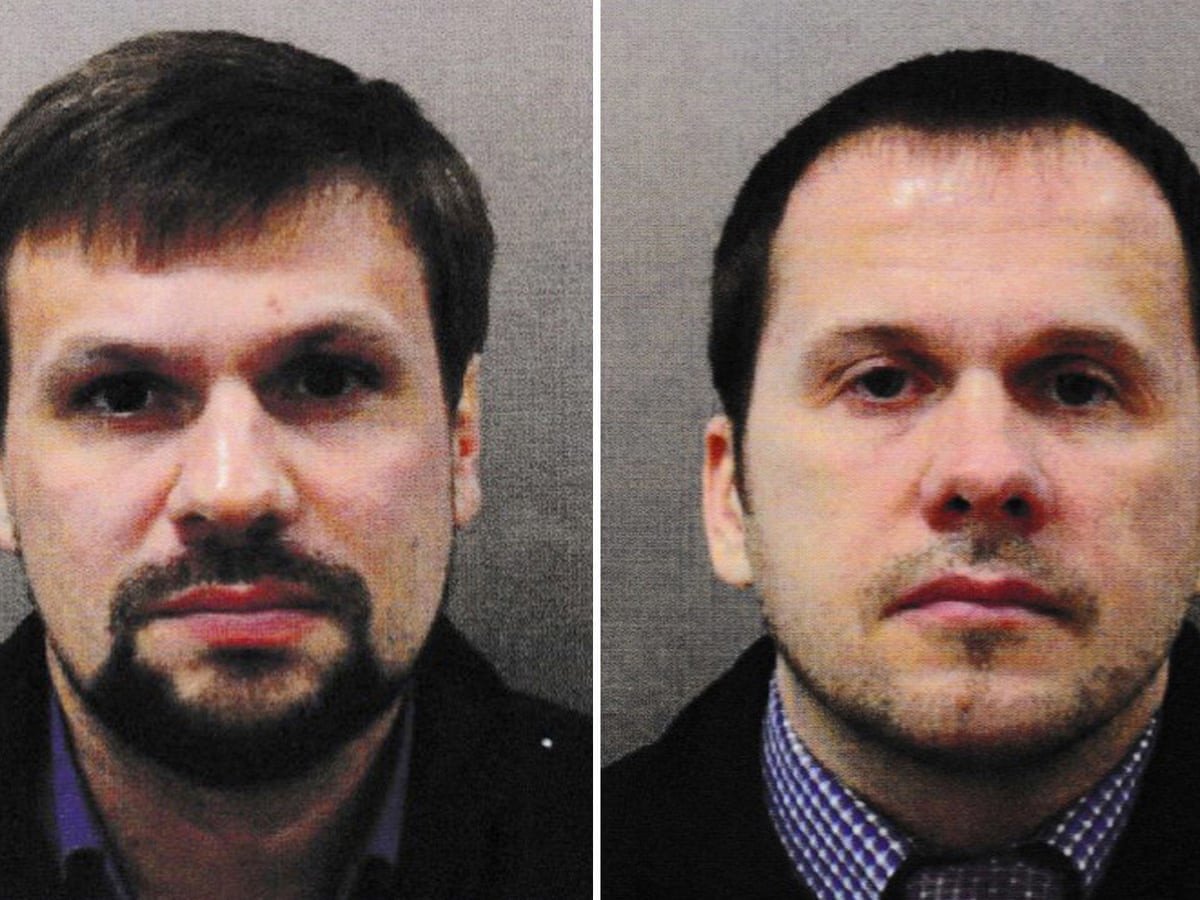 After the investigation went quiet, two Wiltshire residents were found in their apartment foaming at the mouth in July. One of the victims, Dawn Sturgess, died in the hospital. Tests revealed the culprit was the same nerve gas used against Skripal. The vessel was a discarded perfume bottle that one of the victims, Charlie Rowley, found in the street.

On September 7, the Metropolitan Police allowed journalists to know details of the investigation and the names of the suspects. In a locked room, police divulged CCTV footage of two men, Alexander Petrov and Ruslan Boshirov, who they named as the culprits of the Salisbury attacks.

Theresa May addressed the House of Commons about the attack, informing the public that the two men were believed to be GRU officers using aliases. The spies returned quickly to Moscow after the attack, and Russia has not handed them over. 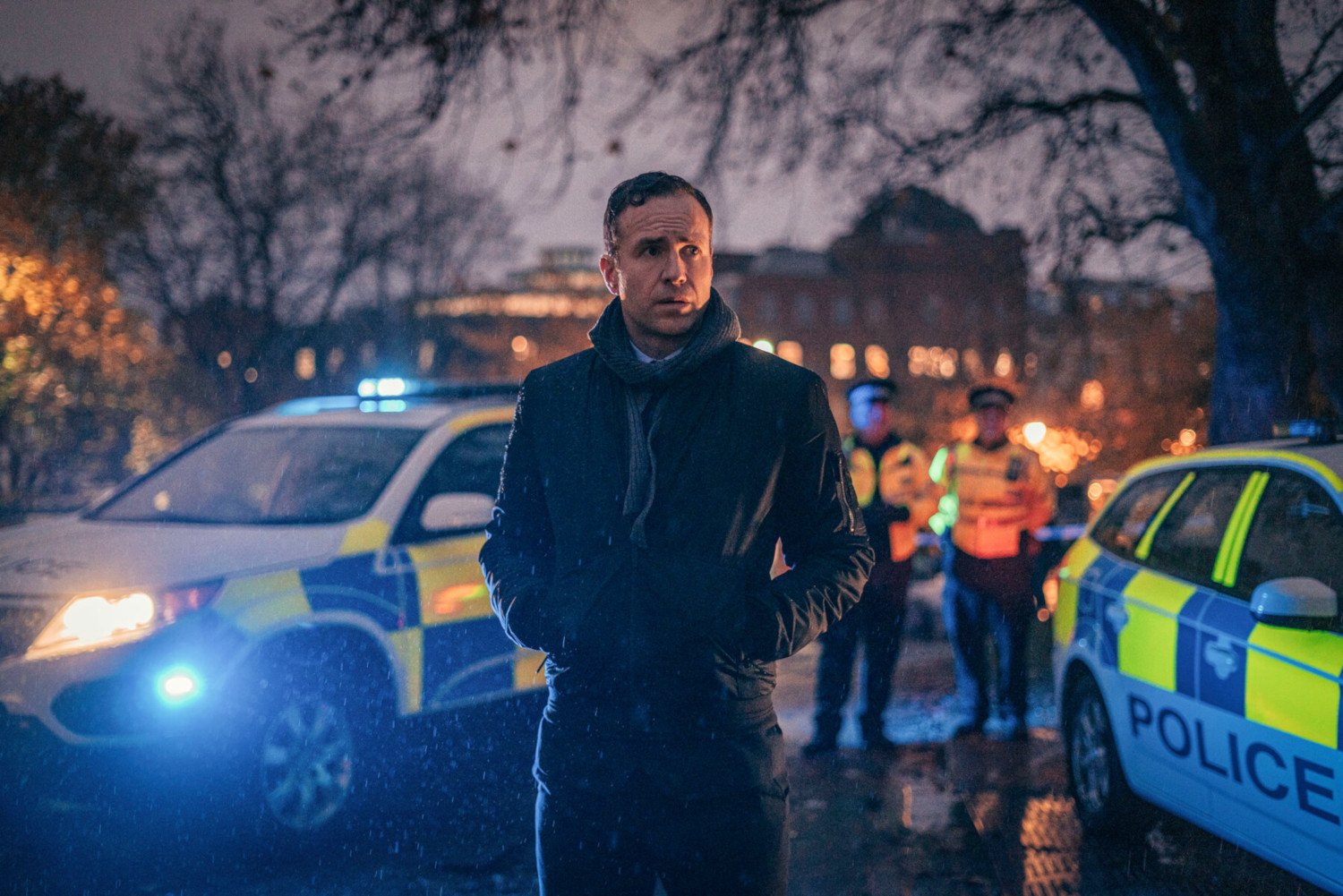 Although the case involved a grand plot involving spies, The Salisbury Poisonings brings the case closer to home. They follow Tracy Daszkiewicz, played by Anne Marie Duff, on her journey as a local health official rushing to discover the cause of the attacks.

Anne Marie Duff, as Tracy Daszkiewicz, rushes through the house, readying herself for a busy day when she receives a phone call from Superintendent Dave Minty in the morning. He tells her that two people mysteriously took ill in Salisbury and they needed to investigate the cause. 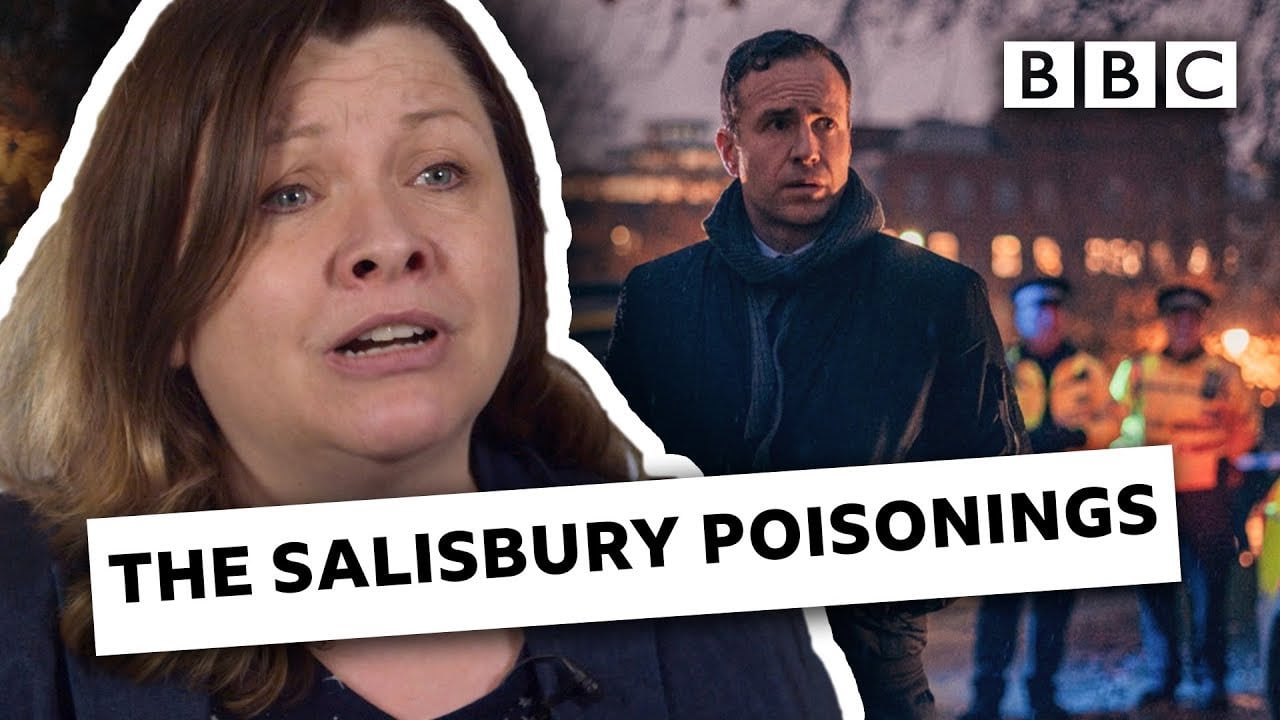 “It was already a really busy morning,” Tracy Daszkiewicz told BBC in an interview. Daszkiewicz was already dealing with the aftermath of “the Beast from the East”, a snowstorm with frigid temperatures that ravaged Europe in 2018, causing casualties across the UK. However, the case of two poisonings needed to be looked into. 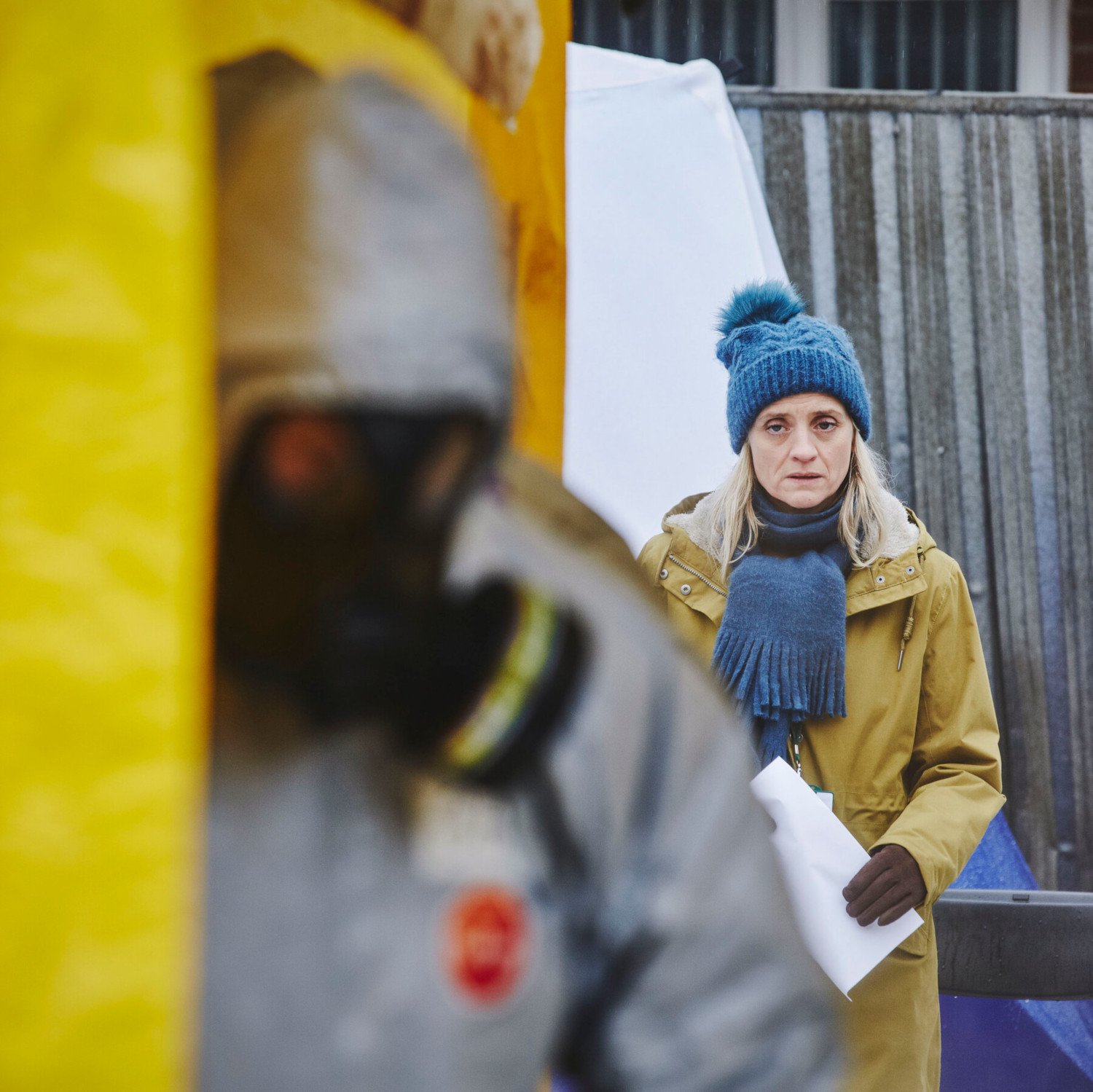 “You knew, instinctively, that it was quite unusual,” Daszkiewicz told the BBC. “Obviously, it would be over the coming hours and days that the true impact . . . would become known.”

Anne Marie Duff looks harried as she portrays Daszkiewicz working late into the night, looking up nerve agents. Since food poisoning & drugs were ruled out, Salisbury had to look into less probable causes.

“There wasn’t any guide book for it at all,” Daszkiewicz tells the BBC as the camera pans over Duff looking through search results showing nerve gas used in attacks in Syria. Daszkiewicz further credits the hundreds of people working on the case for being able to piece together what happened without any previous precedent in the UK. 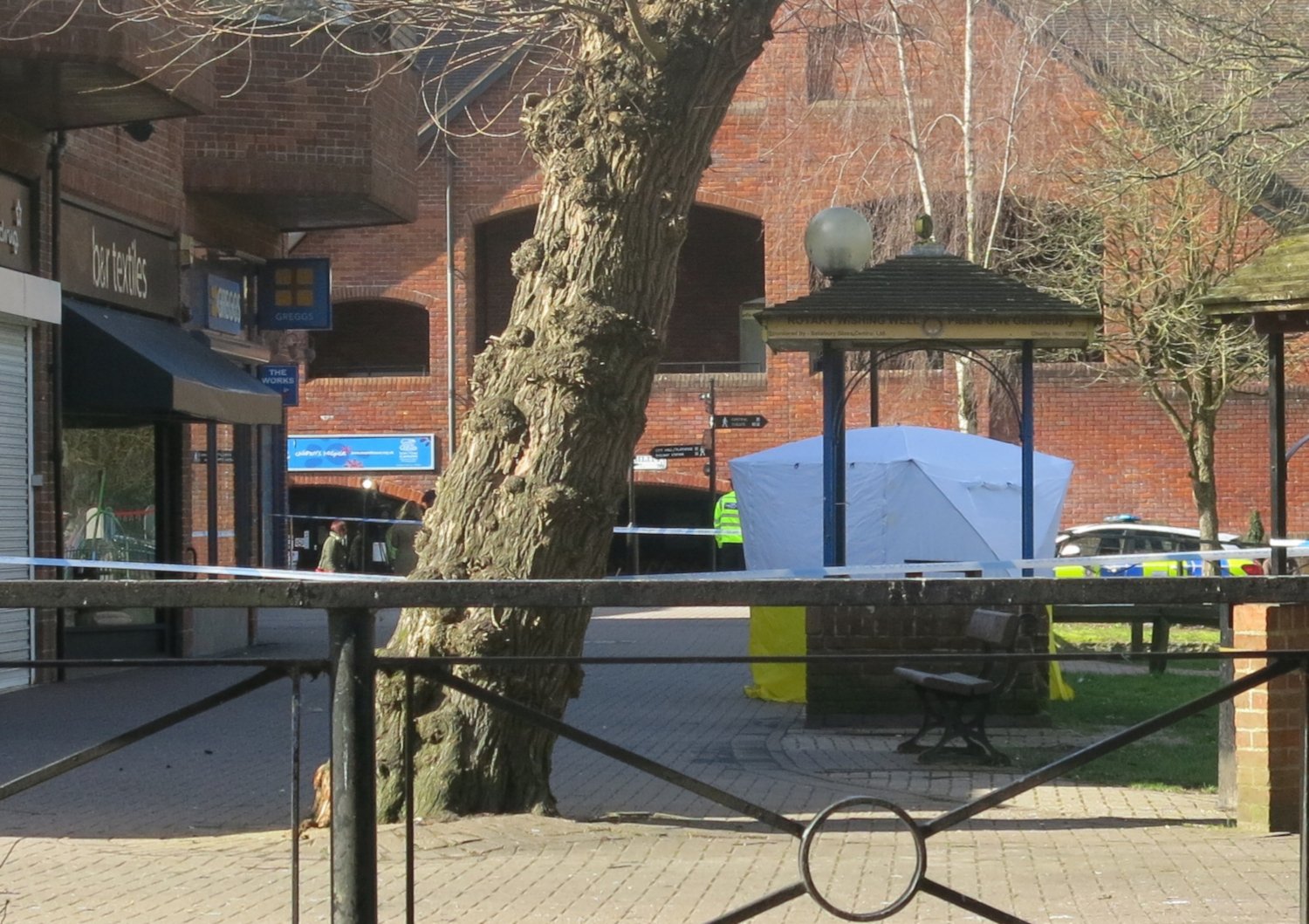 “It was developed by the USSR during the cold war, and it’s one of the deadliest synthetic substances,” a character announces to Anne Marie Duff in The Salisbury Files. “It’s so toxic that a spoonful with the right delivery mechanism could kill thousands.”

The shock in the room captures the incredulity of the situation at the time. In the wake of the attack, Daszkiewicz recalls having to speak to a frightened and outraged public, which Anne Marie Duff portrays in a compassionate way. Daszkiewicz visited neighboring homes from the incident, both to explain the situation and gauge their needs. 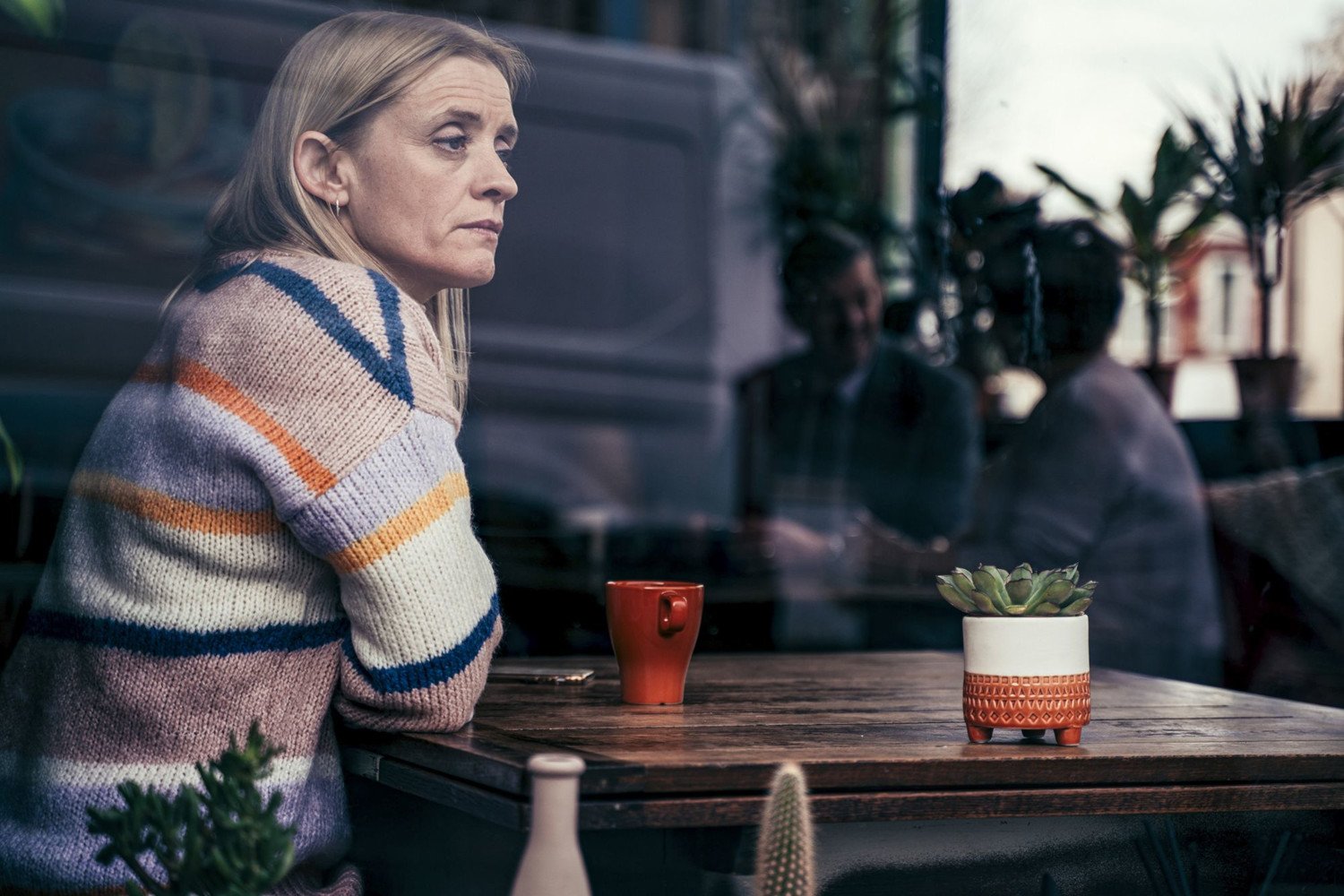 “You make me a cuppa and I’ll tell you everything I can,” Daszkiewicz tells a disgruntled citizen in The Salisbury Poisonings. Anne Marie Duff portrays Daszkiewicz here as a kind, but exhausted public servant who is stretched to the breaking point amid this case that rocked the quiet town.

The Salisbury Poisonings also focuses on “The days were easily eighteen, twenty hours long,” Daszkiewicz remembered. “You were so incredibly busy you didn’t realize the hours that were passing.”

Daszkiewicz would have to be absent for hours at a time to cover the case and calm a frightened public. The series delves into her separation from her family and the rift her tough but necessary work created at home.