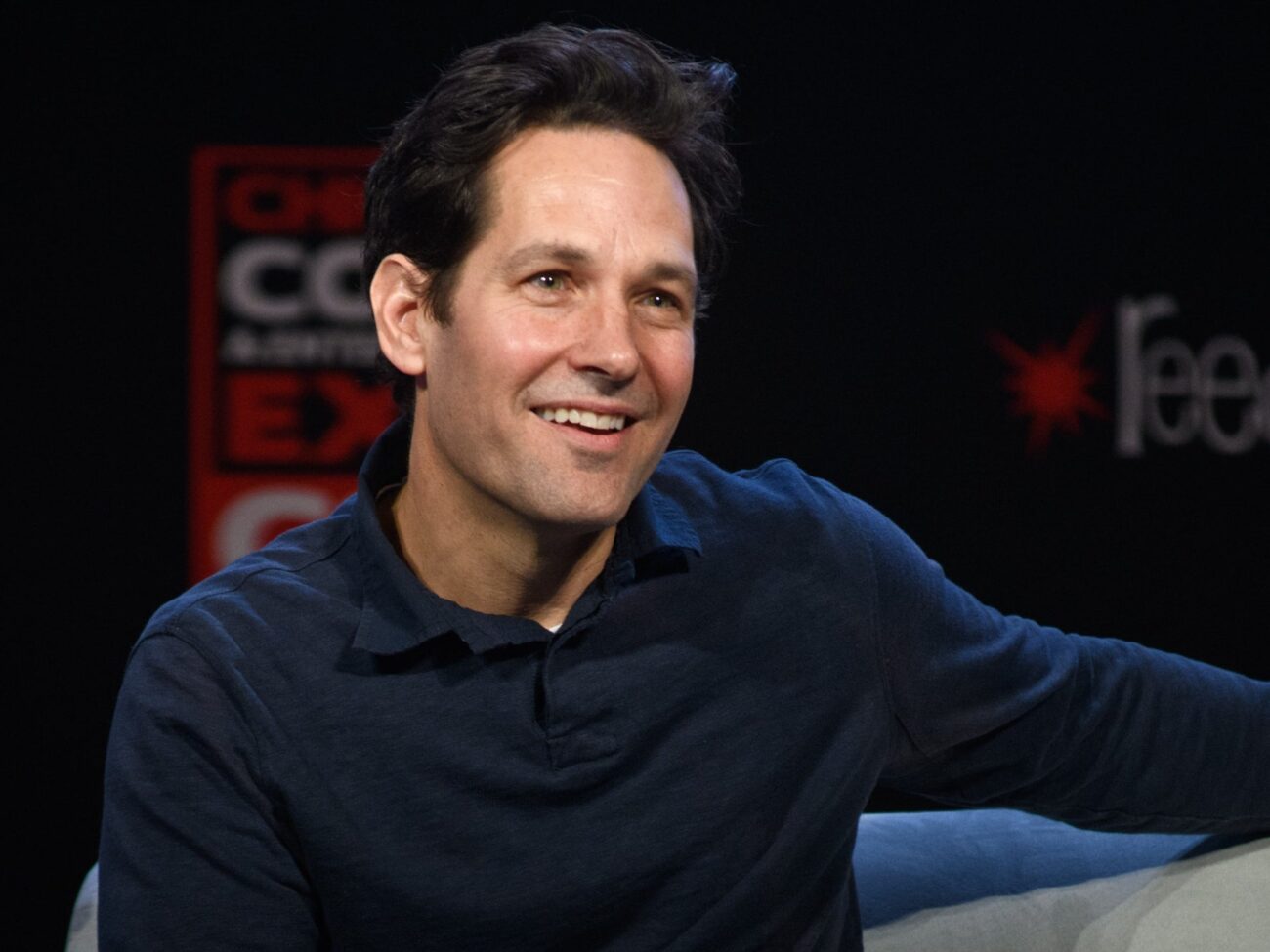 Two James Bonds, two Batmen, two X-Men, and two Asgardians have held the coveted title of People’s Sexiest Man Alive. It’s a prized honor that graces the cover of the acclaimed publication and bragging rights for the year as the winner can correctly crown themselves as the most desirable man in the oversaturated market of sexy men in Hollywood.

This year, People has selected the hilarious and ever-lovable Paul Rudd as the man for the crown. He has never been widely considered a Hollywood heartthrob compared to other winners like Brad Pitt & George Clooney. However, his engaging persona & ageless appearance make him a beloved dark horse winner, but what led Rudd to land the cover? 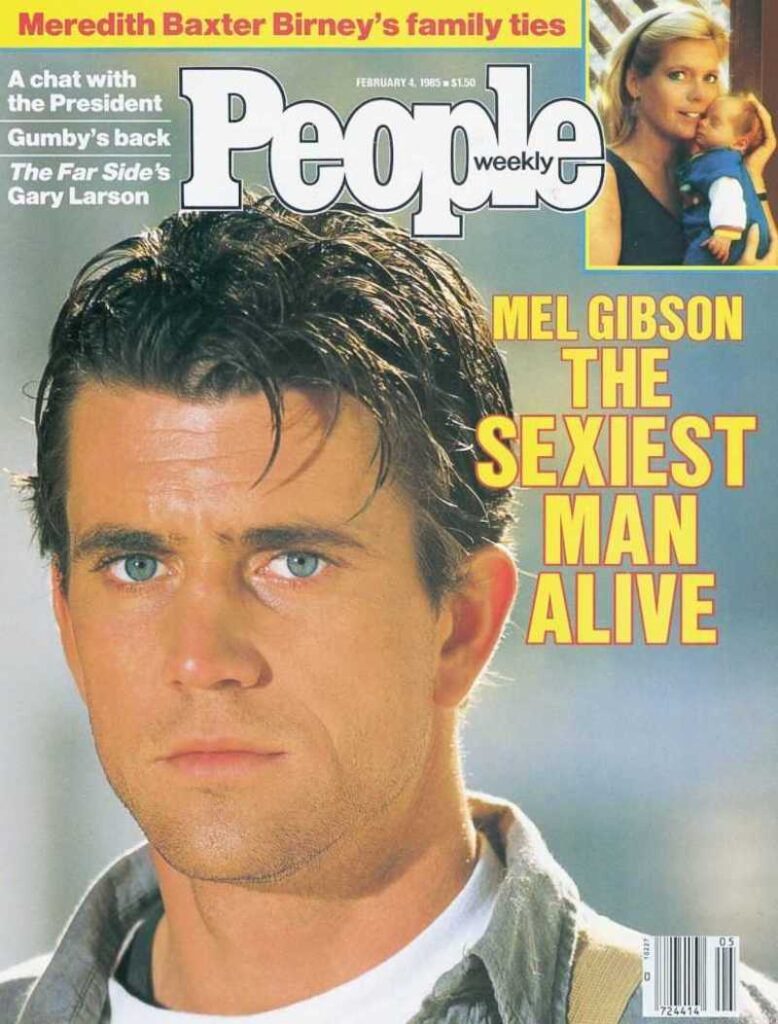 People Magazine debuted the Sexiest Man Alive cover in 1985 with the selection of Mad Max star Mel Gibson. His baby blues & rugged persona on-screen were hard to argue with when he graced the cover. Since Gibson, thirty-two different actors have held the honor, with Brad Pitt, Johnny Depp, George Clooney, and Richard Gere holding it twice each.

Gere held it once on his own and as one half the only Sexiest Couple Alive alongside then-wife Cindy Crawford in 1993. Outside of the acting profession, soccer titan David Beckham and musicians Adam Levine & Blake Shelton have also landed on the cover. 1988 saw the only non-entertainment star win the title when it featured John F. Kennedy Jr. 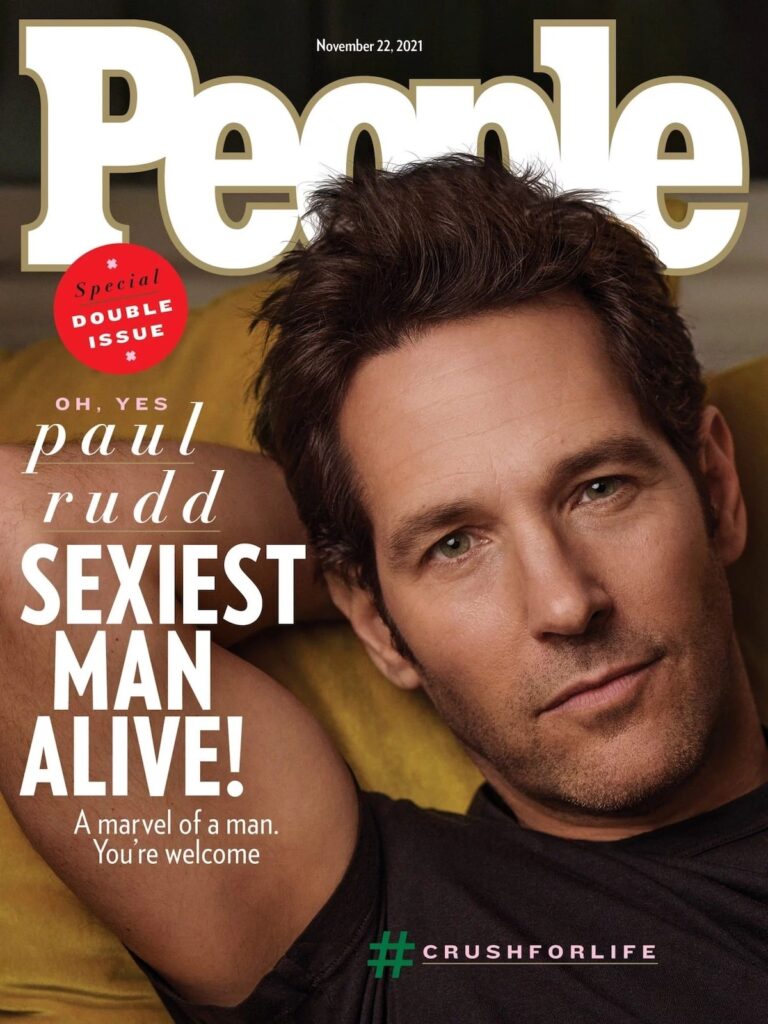 People Magazine’s selection of Paul Rudd came as a surprise to most people. He doesn’t have the muscle-bound man’s man look of former cover man Dwayne Johnson or the decades’ worth of leading man charisma of 1996’s Denzel Washington. He was, by all accounts, a shocking choice. No one seemed more shocked than Rudd himself, who responded to the honor in the classic Rudd way with self-deprecating humor.

“I figure I’ll be on a lot more yachts,” Rudd said. “I’m excited to expand my yachting life. And I’ll probably try to get better at brooding in really soft light. I like to ponder. I think this is going to help me become more inward and mysterious. And I’m looking forward to that.” So what led to his selection? The editor-in-chief of People Magazine, Dan Wakeford, described the selection process in a recent interview.

“People staff meetings really should be a reality show. It’s like an intense debate with legal-style arguments. There are suddenly raised voices and a lot of passion. We at People, we take our journalism very, very seriously, and we take who we’re choosing very seriously because it does lead the national conversation for that day.” In speaking about the Rudd selection itself, he gave his reasoning. 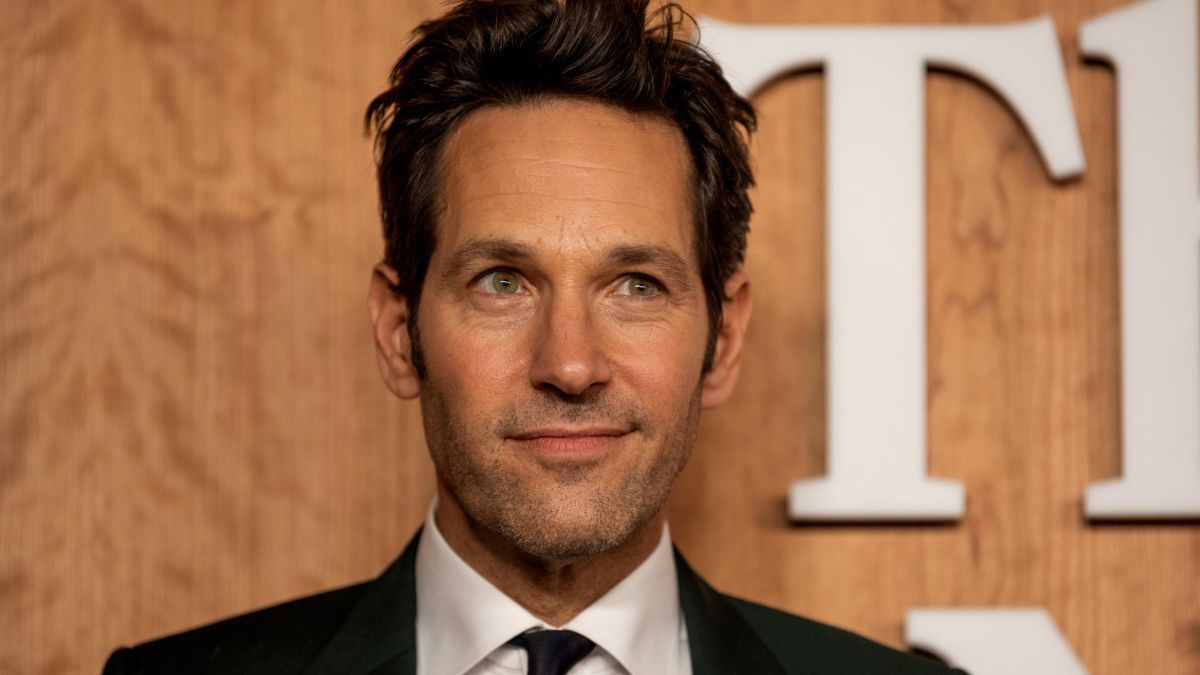 “Everybody comes to the table with different names and different arguments to who they should think it should be. And when his name was mentioned, something clicked to me. It just felt right. He’s a slow burn. He doesn’t fall for the celebrity silliness. And he’s very focused on his craft and doing a good job. But when you talk to people about it, suddenly you get this surprising wave of intense enthusiasm, and he’s just got it.” 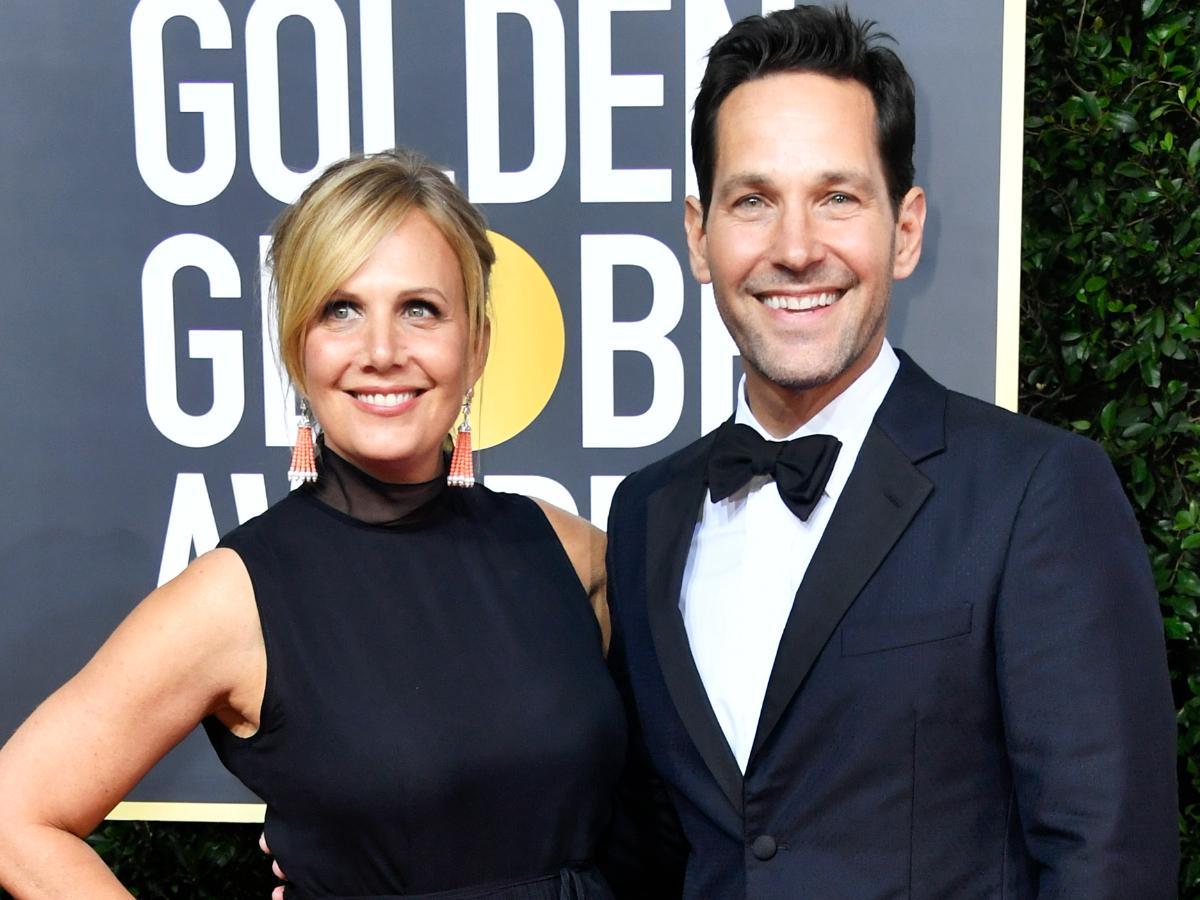 Rudd, 52, said his wife was initially “stupefied” after he told her the news. The couple has two kids, 17-year-old Jack and 12-year-old Darby. “But you know she was very sweet about it,” he said of his wife, Julie, of 18 years. “After some giggling and shock, she said, ‘Oh, they got it right.’ And that was very sweet. She was probably not telling the truth, but what’s she going to say?”

Ryan Reynolds had a few thoughts about Paul Rudd being People magazine’s Sexiest Man Alive in 2021. “I just heard about it this morning. I’m very excited. I think that this opportunity will be wasted on him, like so many before him,” he joked Wednesday on TODAY. “He’s going to play it shy. He’s going to play it bashful, humble. If I knew what I know now, I wouldn’t. You got to seize this opportunity.”

“If I got it now, I’m not saying I would leave my family, but they would need to go on without me,” he quipped. “I would roam the world clutching my dog-eared People magazine, going from town to town, sewing my wild oats like some sort of nude, magical gardener. It would be amazing.” 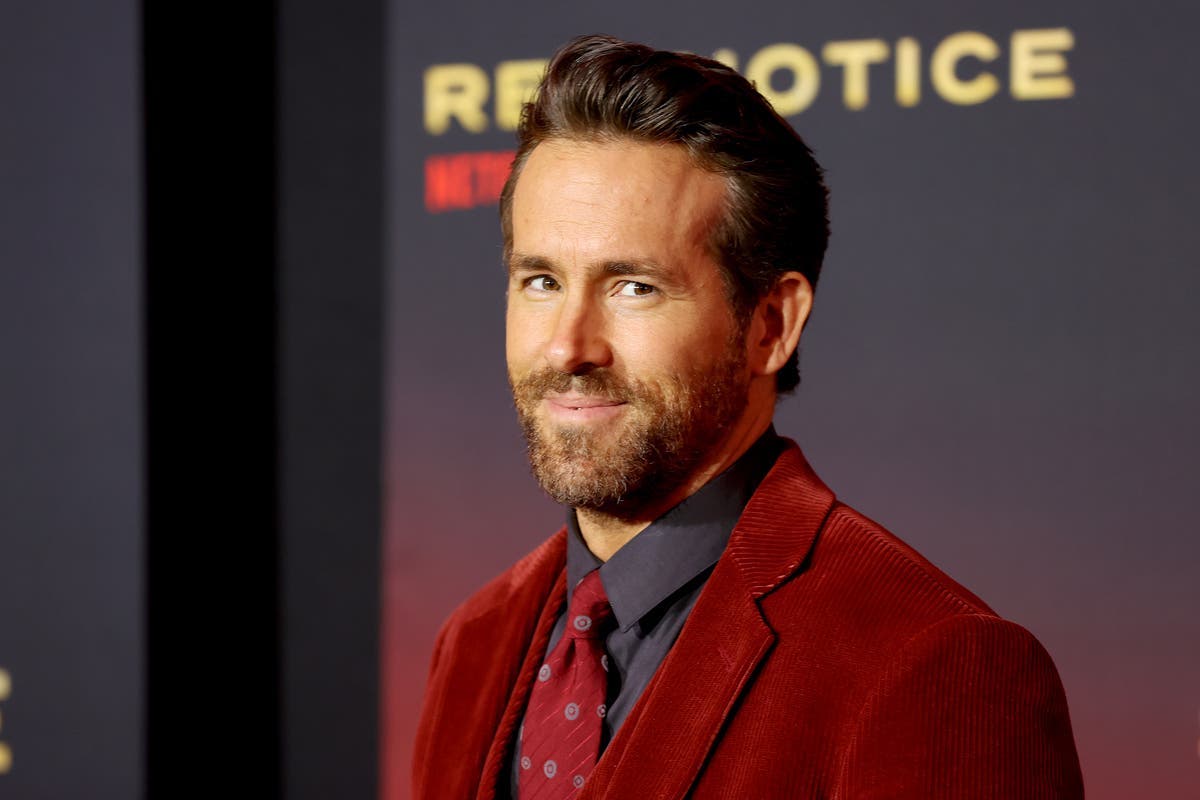 Seth Rogan responded to the news simply, “No arguments here.”

What are your thoughts on the selection? Do you think the world needed an endearing funnyman as this year’s choice to help us cope with the last two years? Or is the world’s view of what makes a man sexy beginning to shift? 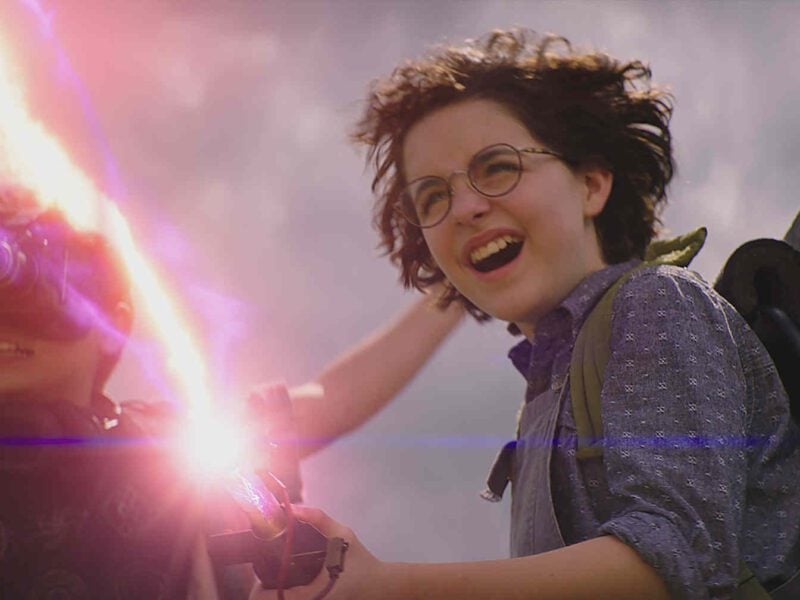