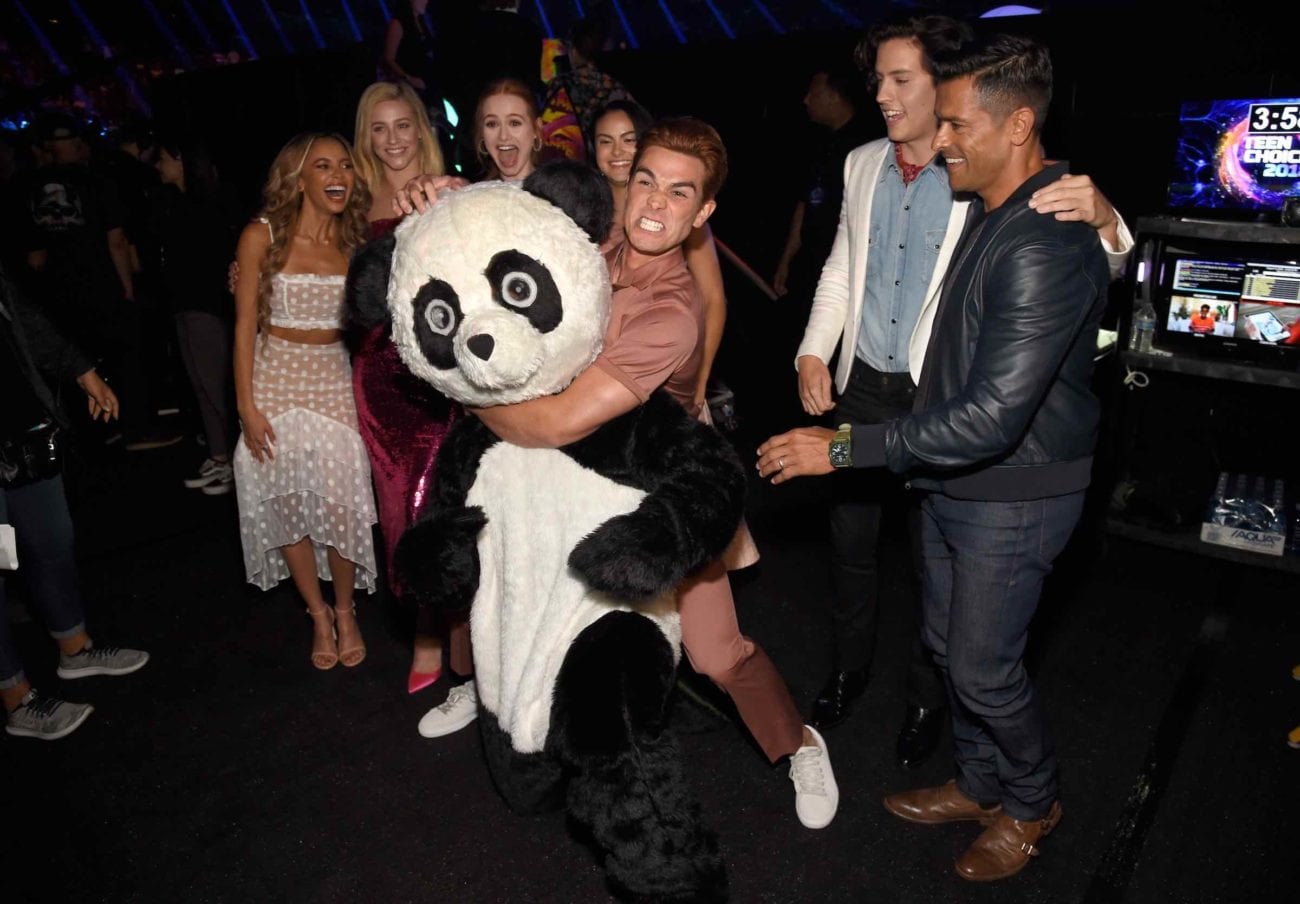 Riverdale has been on the air for four wild and crazy seasons. We’ve braved it all from Gargoyle Kings to serial killer genes to Archie (KJ Apa) random shirtlessness. Riverdale is the trash television series of our hearts. We know it’s bad for us, but we can never quit it. Not for one day.

With that, let’s look at some of the memes from the fans of Riverdale. From exasperation over the writers to Cheryl’s (Madelaine Petsch). . .Cheryl-ness, here’s some of our favorite Riverdale memes. 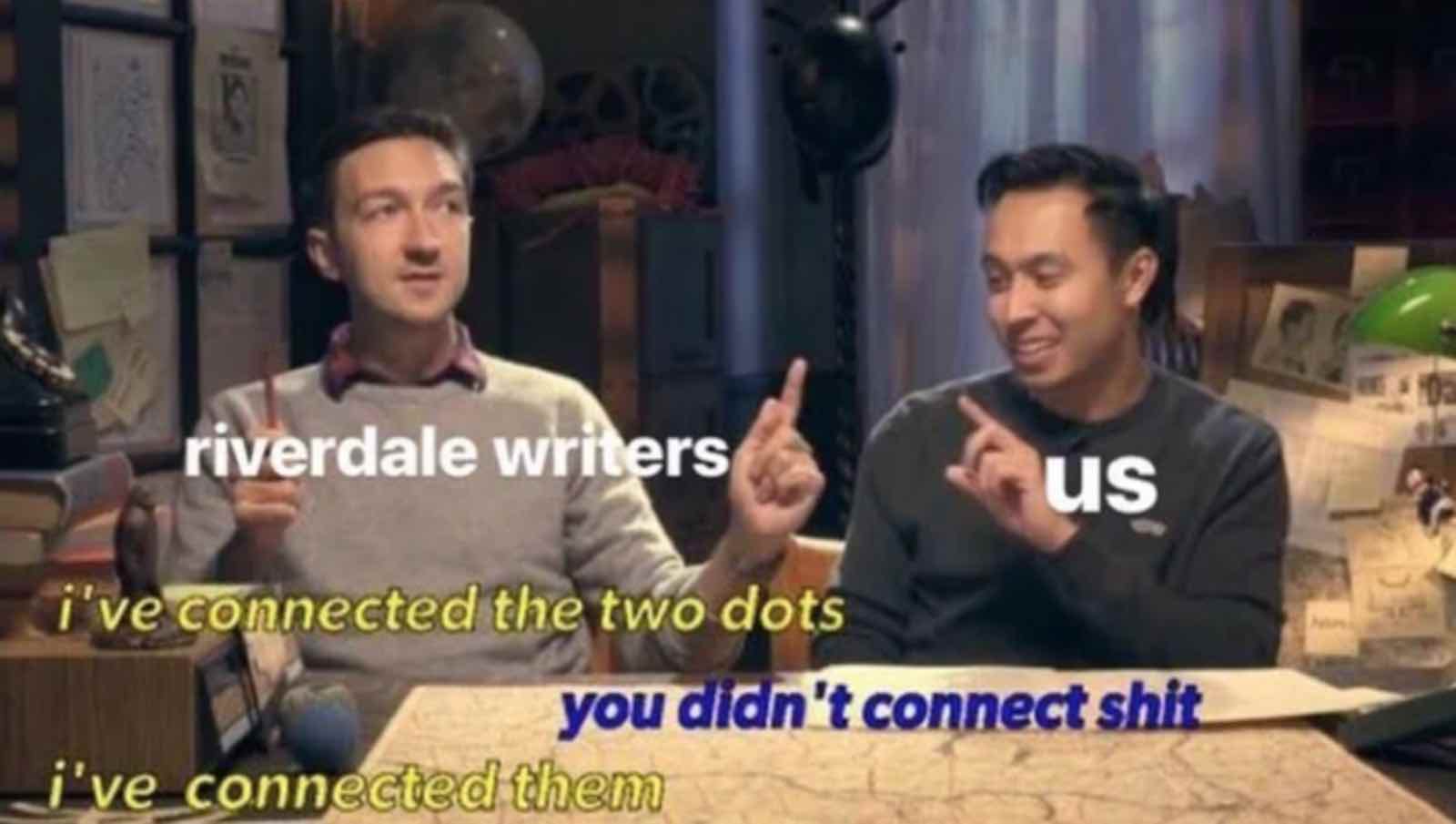 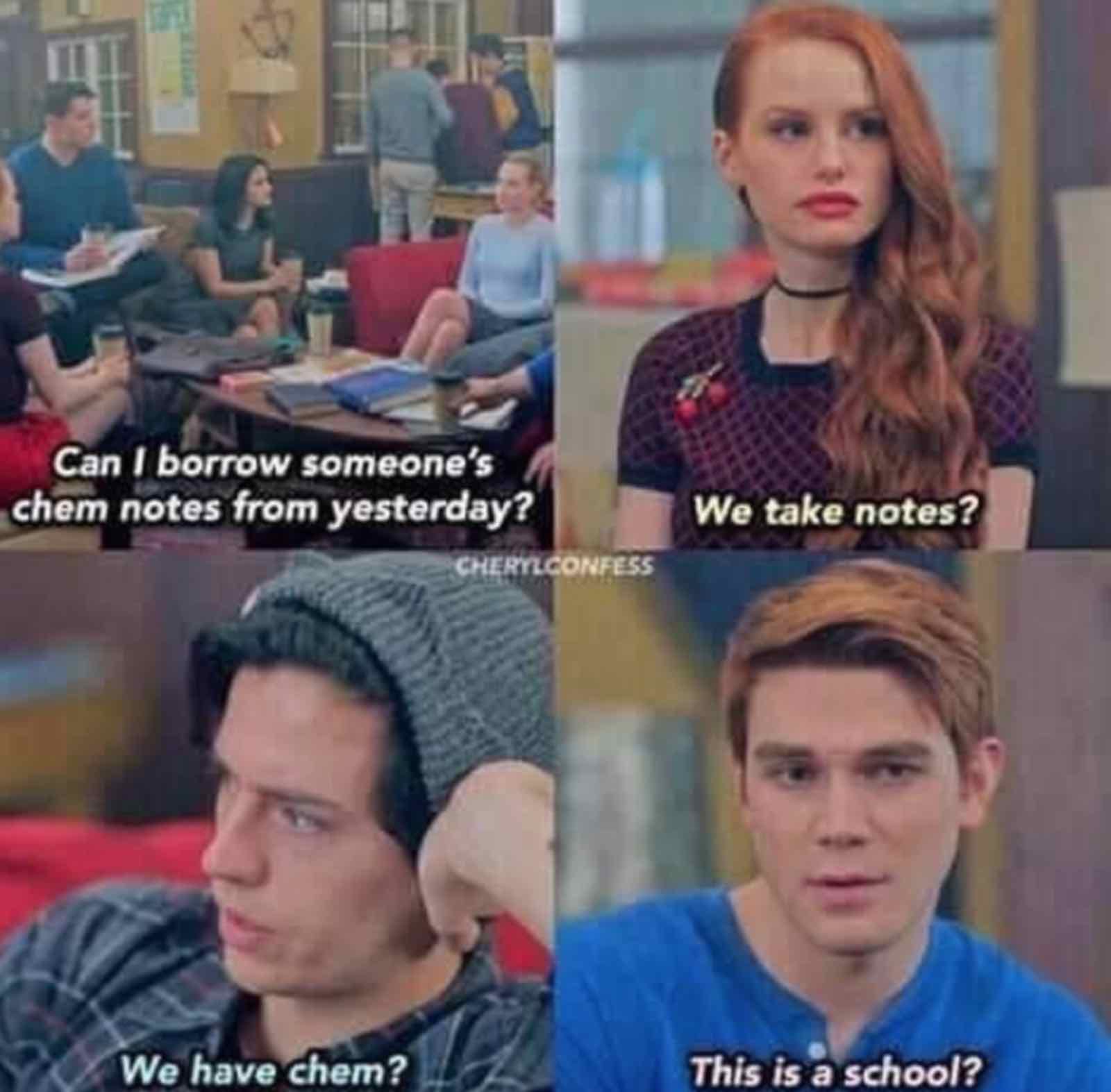 Between solving murder mysteries to duking out with their parents, even the characters forget that they have high school stuff to worry about. 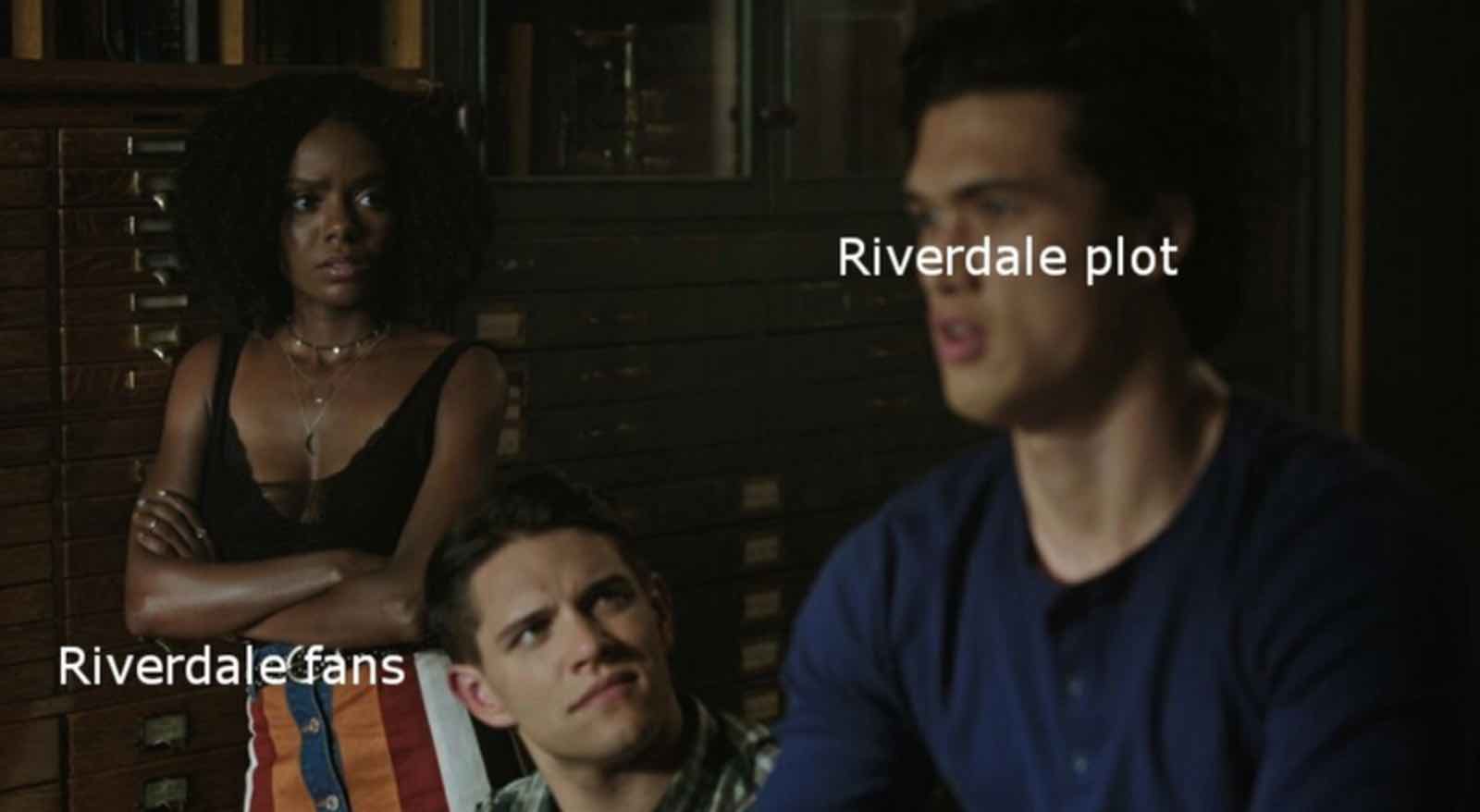 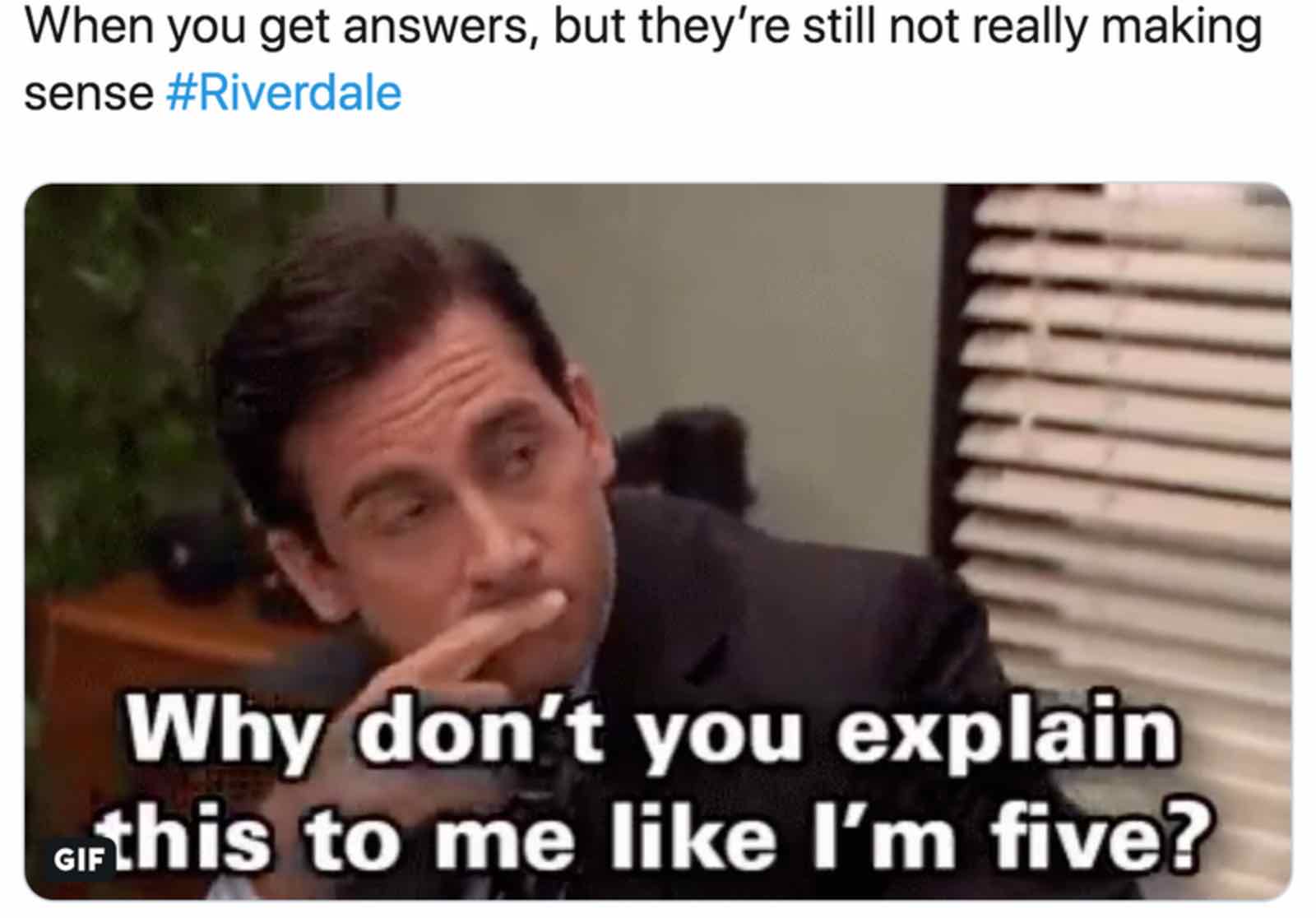 Most of these things will be about how the plot of Riverdale makes no sense. Yes, use the small words and explain things to us like we’re five, writers.

Cheryl and her brother Jason were almost too close to each other. Like uncomfortably close. In this, it definitely captures Cheryl’s terrifyingly close relationship with her twin brother.

Even we have a hard time excusing Cheryl keeping her brother’s body out and about the house, but it was one of the most shocking plot twists of 2019. So maybe the Emmy committee should have considered that.

Betty (Lili Reinhart) may have flirted with the idea of Archie early on in Riverdale, but it’s pretty clear that Jughead (Cole Sprouse) matches her boyfriend requirements. 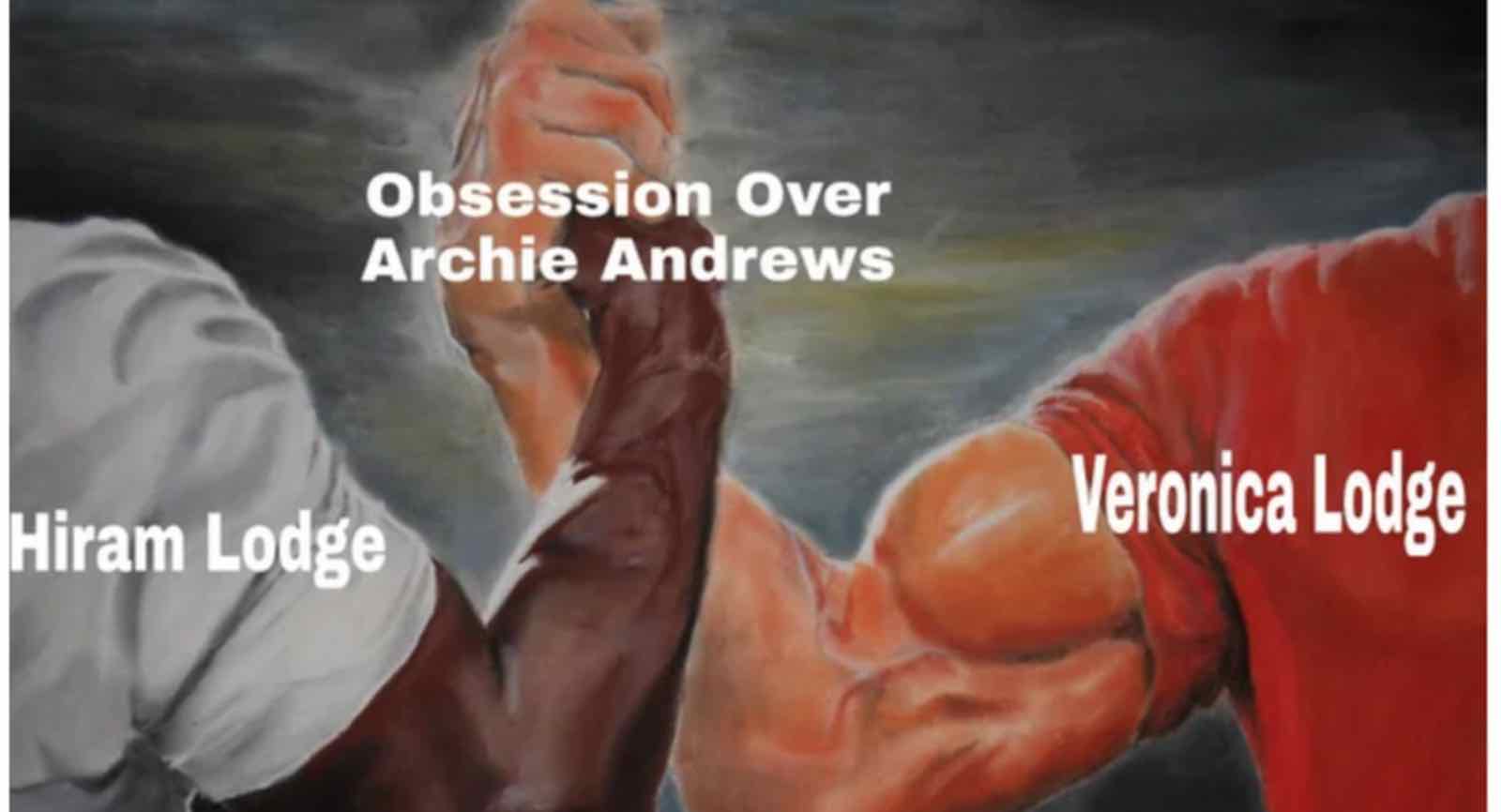 Like daughter, like father? Whatever the case may be, it’s clear that Veronica (Camila Mendes) and Hiram (Mark Consuelos) can both agree on one thing: Archie Andrews. 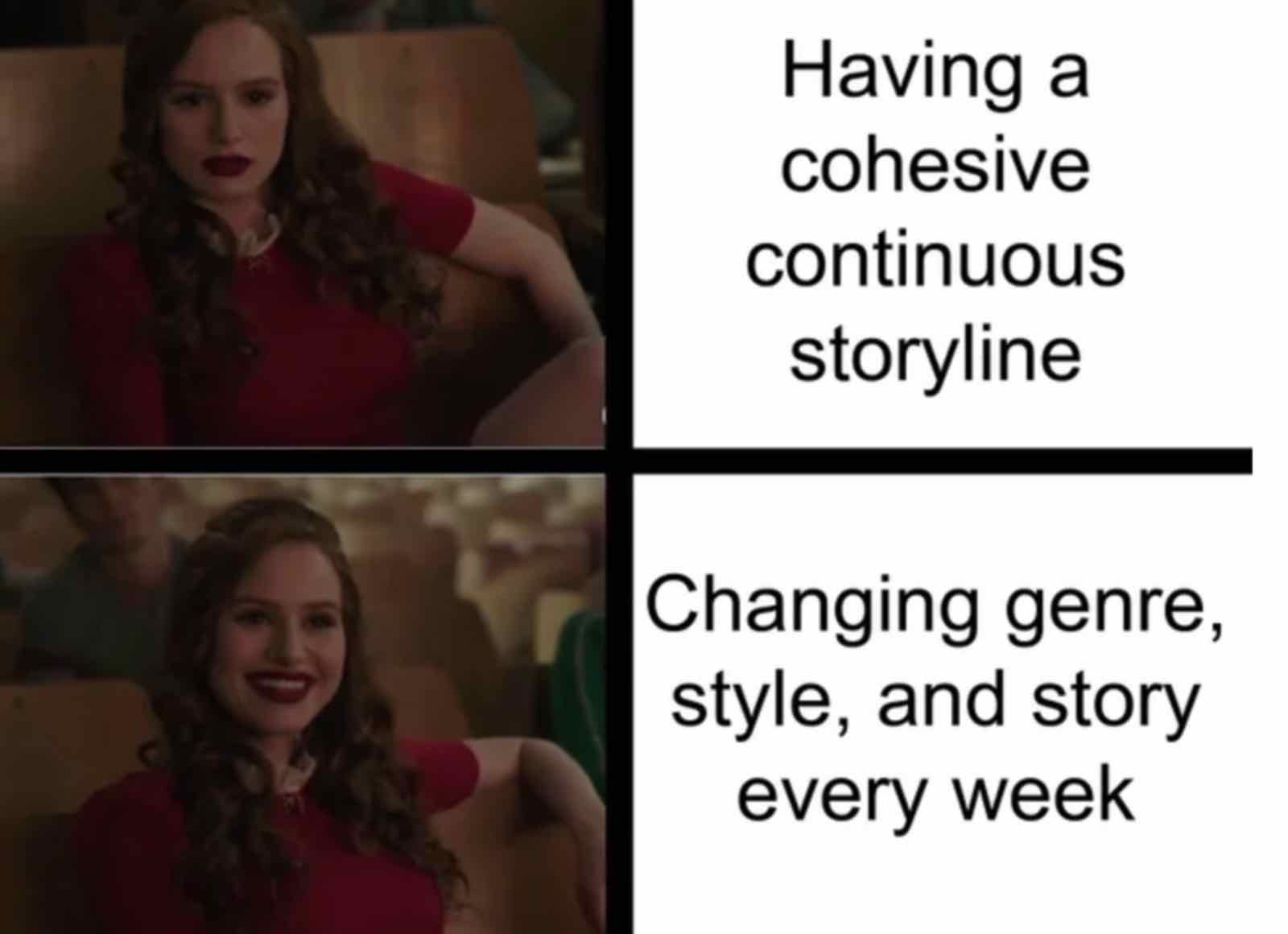 Riverdale likes to play with style, tone, and plot every week. While it makes for a wild viewing experience, it doesn’t make for a great linear narrative. 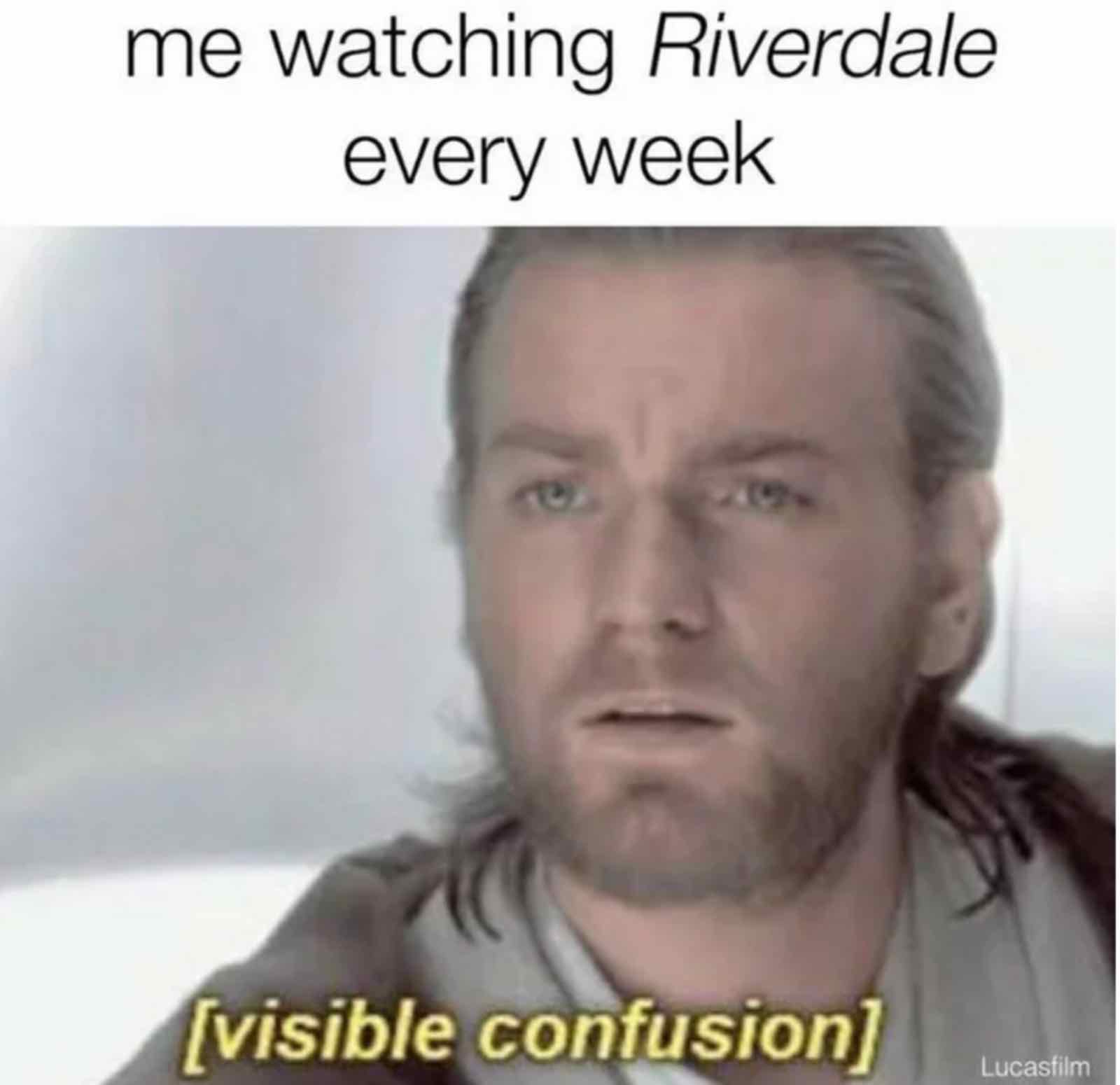 Who better than Obi-Wan (Ewan McGregor) to capture how audiences feel following each new episode of Riverdale? 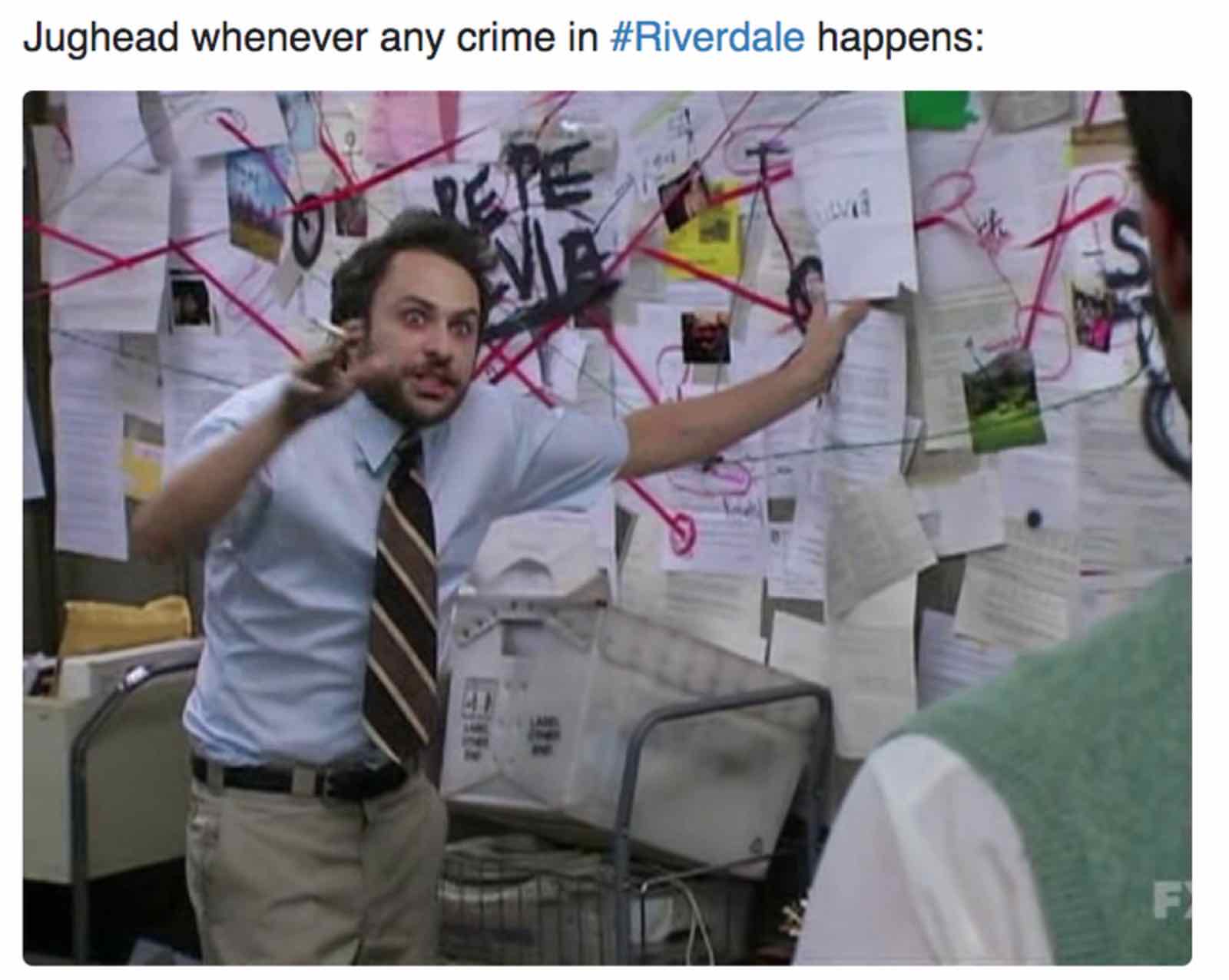 Jughead’s loved ones weren’t wrong in calling him out for seeing conspiracies everywhere. This meme just adequately captures it. 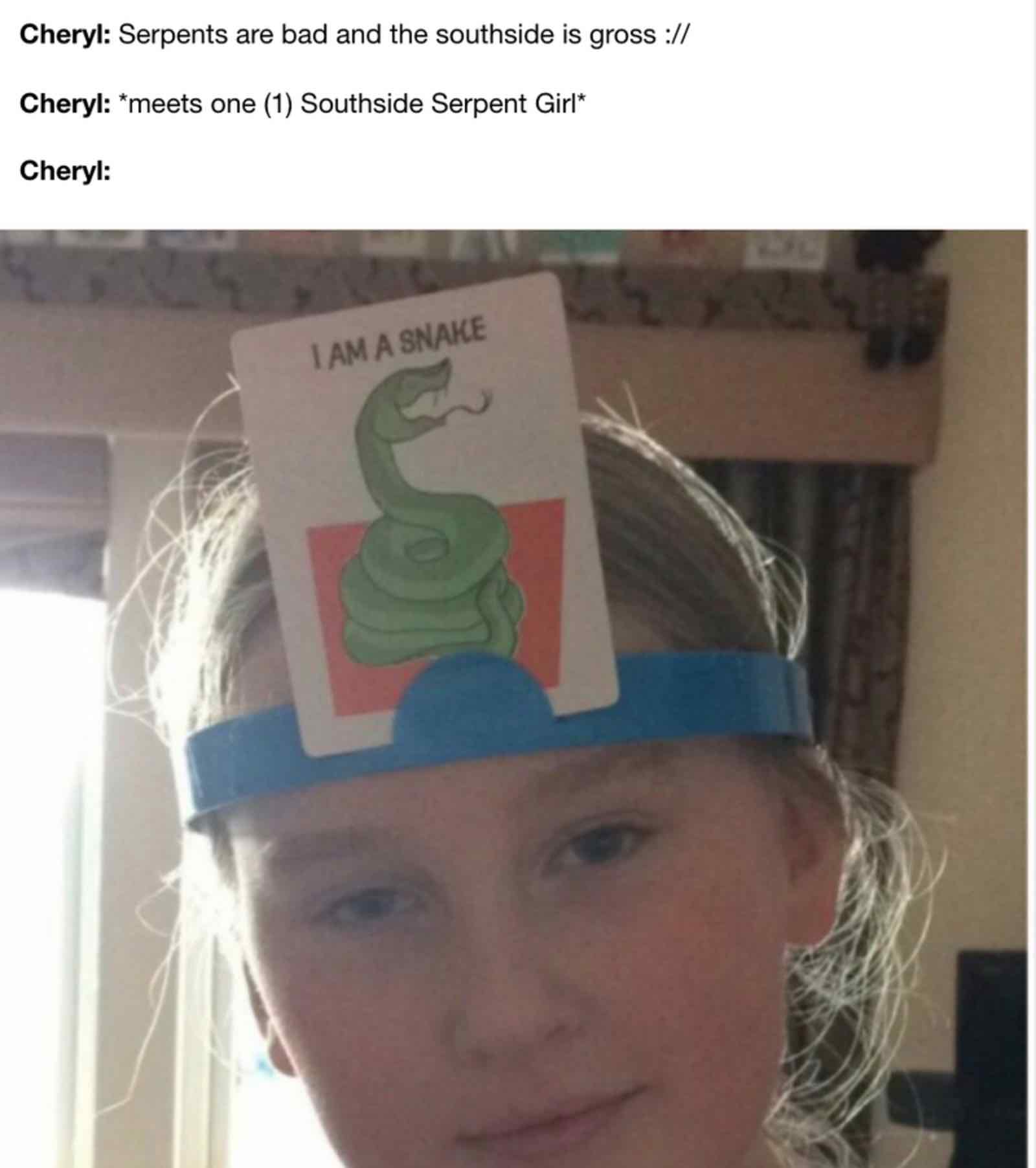 Cheryl Blossom was pretty damn vocal about hating the Southside Serpents until she met one that she really, really liked. 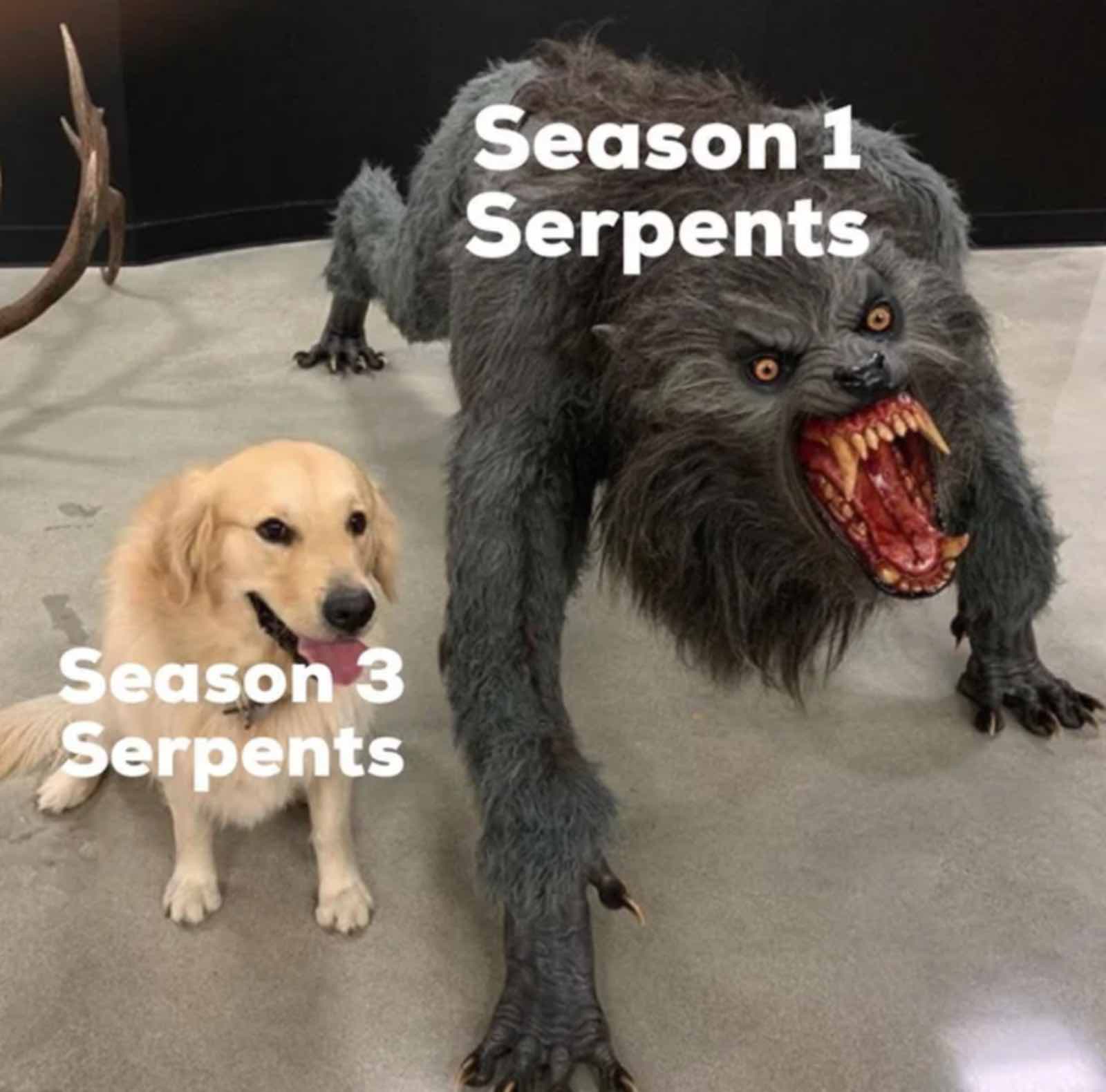 “Serpents then vs Serpents now”

Remember when the Southside Serpents were a lot scarier than they are now? Man, how times have changed. 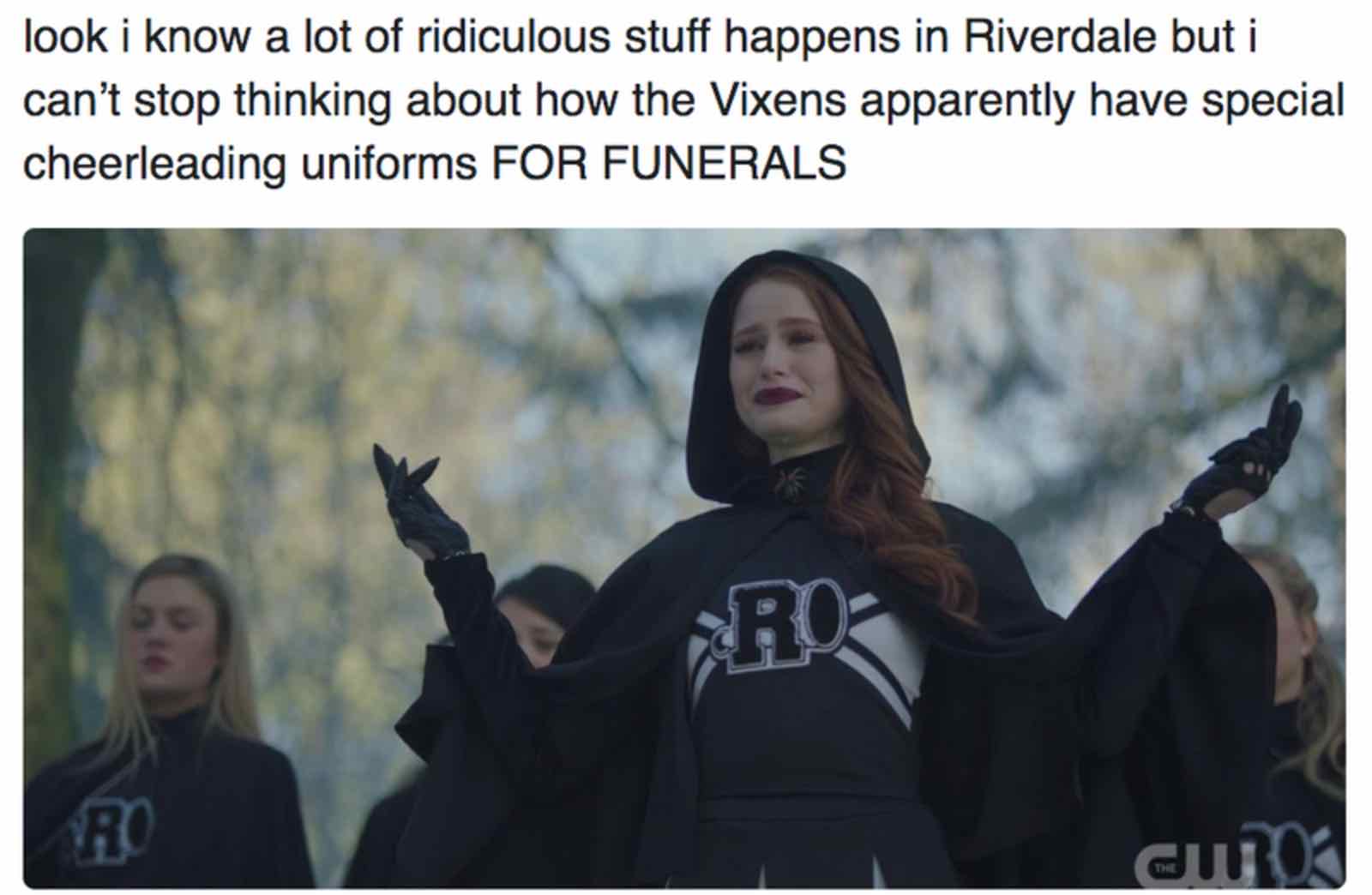 Riverdale has done a lot of wild things over the years, but the funeral cheerleading uniforms may have been the wildest. 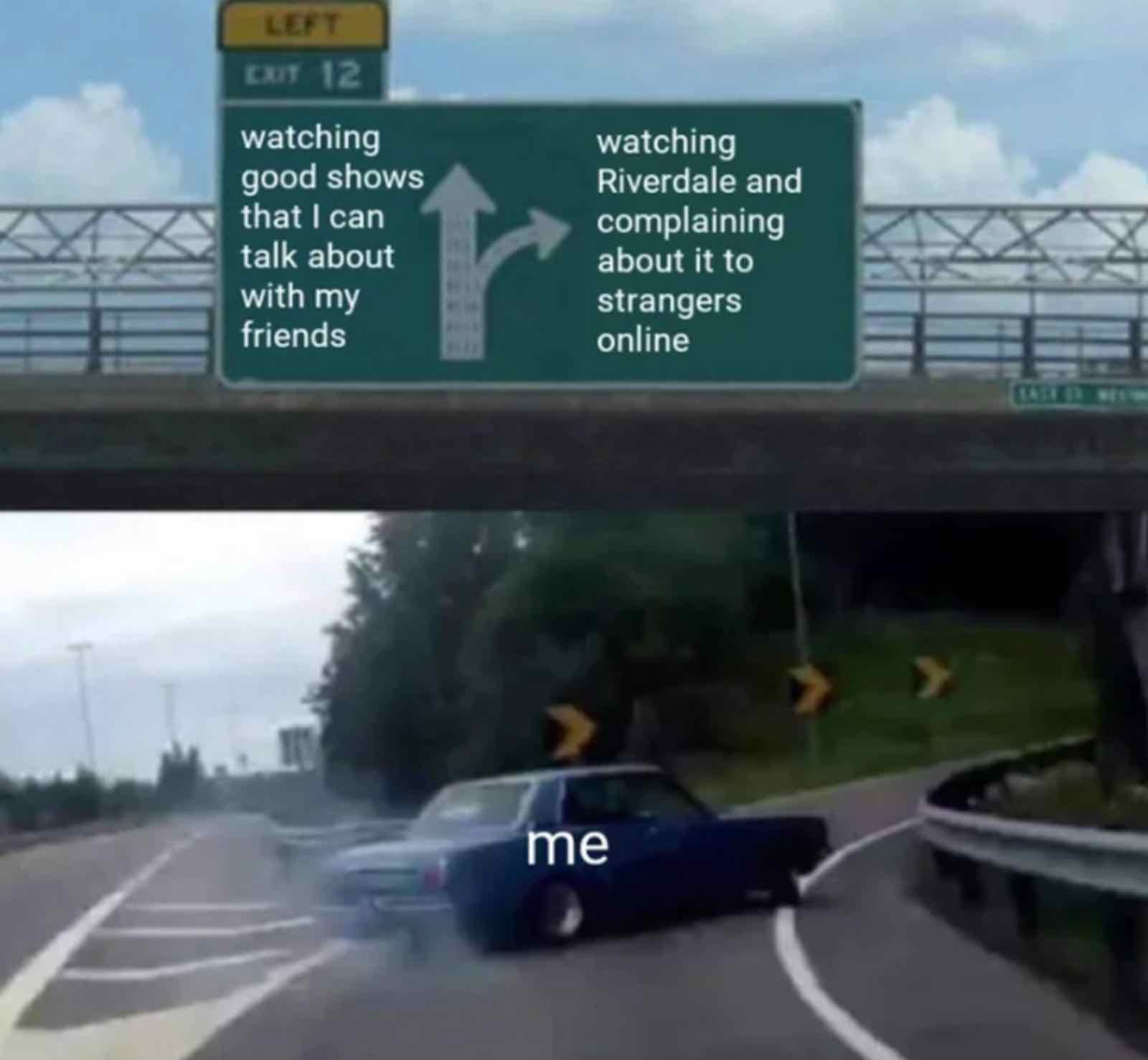 Things on Riverdale may get wild or weird, but we can’t stop coming back week after week and yell about it online. What else would we do? Watch a critically acclaimed series? Please.