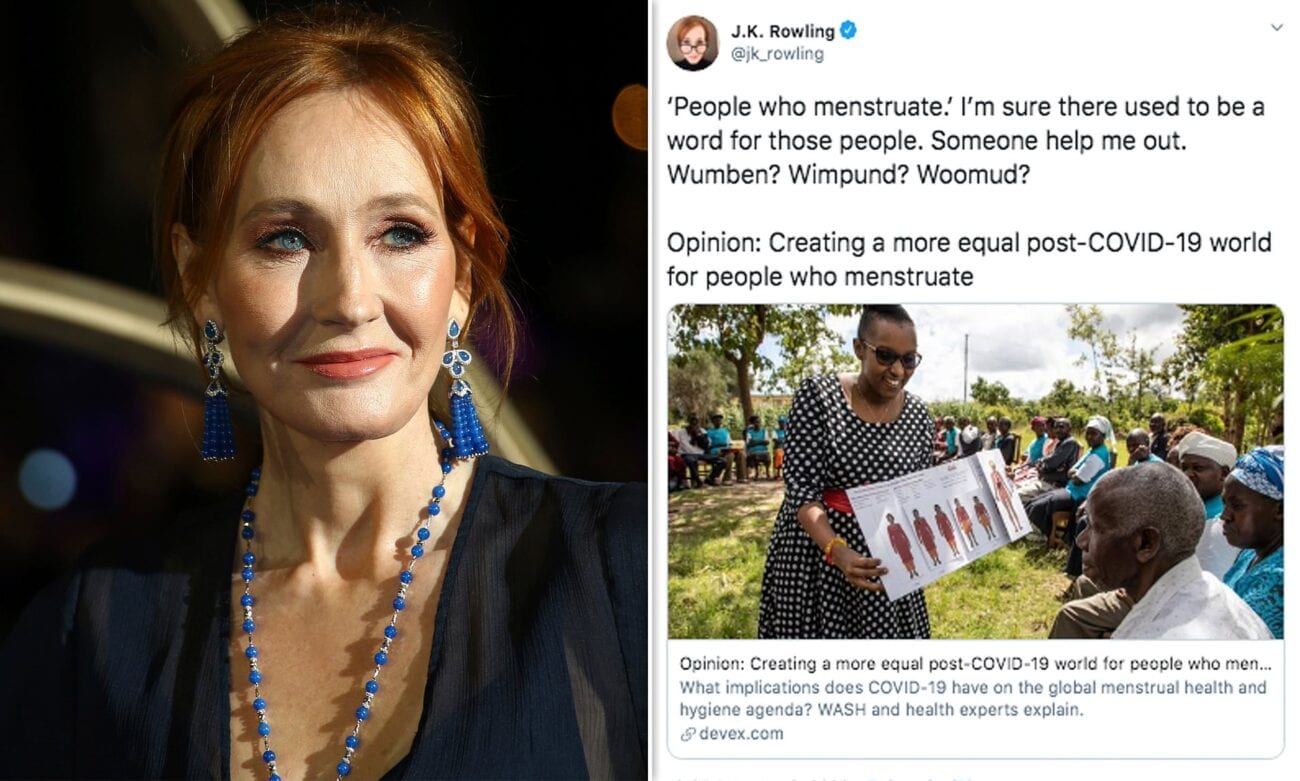 #RIPJKRowling is trending on Twitter: is the author dead (to you)?

Trans women are women, trans men are men, and nonbinary people are who they say they are. We don’t think this leaves room for transphobic conspiracy theories or distortions of what being trans is or isn’t.

That’s why many Harry Potter fans were disappointed when author, JK Rowling, came out with some transphobic tweets and a blog post last summer. While it was speculated for some time that Rowling was a TERF (trans-exclusionary radical “feminist”), as she liked & retweeted “gender critical” posts, it didn’t come out until Rowling had a Twitter meltdown. 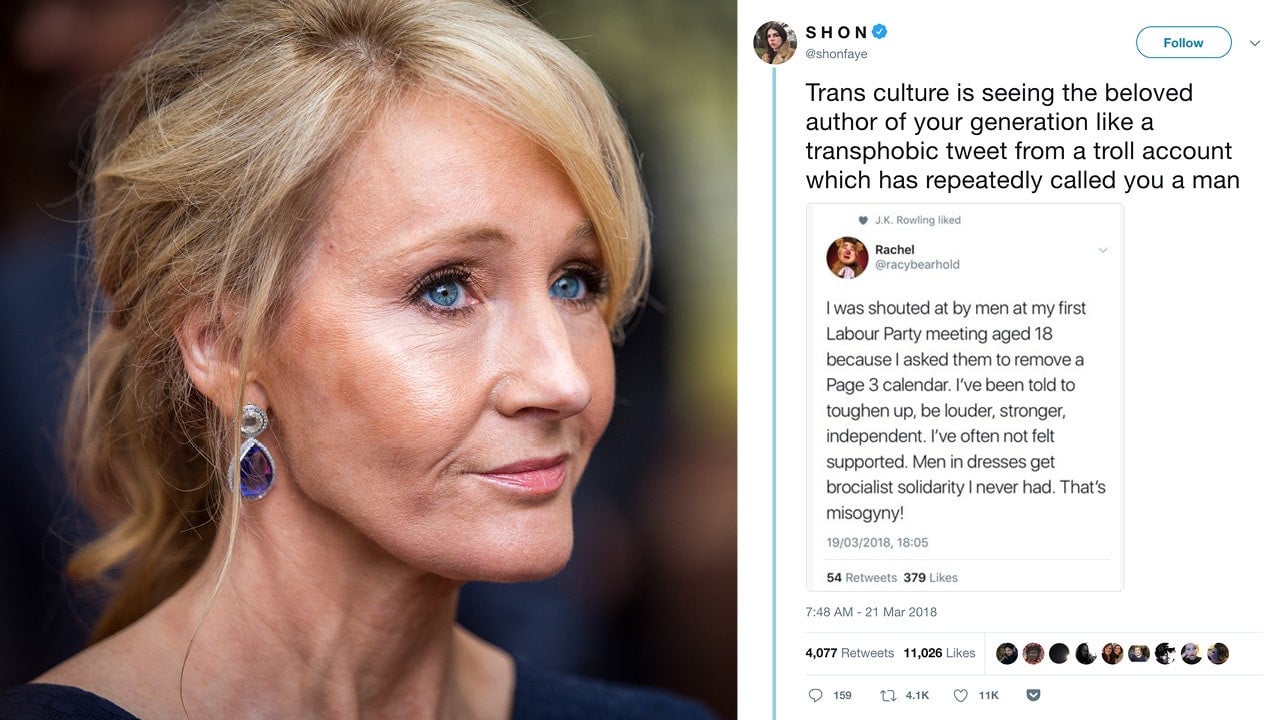 Afterward, Twitter had a field day. Actors from the Harry Potter franchise, including star Daniel Radcliffe, came out to decry Rowling’s statements. Fellow authors like Hank Green also called out her transphobia. Stephen King, a friend of Rowling’s and a fellow literary giant, tweeted that he supported transgender people, but called for civility regarding his longtime friend.

Last night, it went to new heights when JK Rowling’s new book was announced. In it, Rowling plans to have a Buffalo Bill-style villain, who is a man who preys on women by dressing as them. An echo of a transphobic argument made by TERFs (that trans women are men who want access to all-women spaces to harass or hurt cisgender women), the Twitterverse had enough.

Thus, #RIPJKRowling is trending. Fans have pretended she’s died, or hasn’t existed. Hermione Granger wrote the books. Maybe even Robert Pattinson. However, does the hashtag have a veiled death threat? Has it gone too far? Here are fans’ reactions.

It sucks yes. Also it isn't the first time her transphobic logic is brought out in her book. It is very sick. Yes! But #RIPJKRowling has to stop. pic.twitter.com/KHW2jpfV1E

The impact of Rowling’s views

While to cis people this seems like a debate in the abstract, for trans people it’s not. All over the world trans people have a disproportionate homicide rate. Due to their identities, their killers aren’t even held accountable in some parts of the world.

Despite these points of view having real-world consequences, the poster doesn’t support the hashtag. “This has gone beyond the usual cancel culture. People think she is dead. This is leading to misinformation,” @ddharshini replied.

Like my new copies of the Harry Potter series to celebrate #RIPJKRowling trending? pic.twitter.com/AAbXVnKLg2

Again, fans are going to great lengths to perform memory charms on themselves, obliterating JK Rowling out of their consciousness. While some are kinder, imagining the series being written by Hermione Granger, this Twitter user got to the heart of their feelings.

In a DM (real or fake, this is the most epically hilarious thing we’ve seen all day), JK Rowling threatens to call her lawyer if that user doesn’t stop whatever they’re doing. The twitter user upped their game by saying Harry Potter is played by Chief Keef. Not only that, they memed it.

#RIPJKRowling
The fact that this has 114k tweets is sad.
I actually thought she died until I found out it's cause she said something undesirable.
How do you claim to be on the right side but you respond to things you don't like by wishing death upon others?
This is lunacy, pic.twitter.com/uhwsWQ1NdO

Has it gone too far?

However, some fans think the hashtag has gone too far. A couple of Twitter users thought JK Rowling was actually dead when they saw the tweets. However, others point out that it’s the death of her influence, and maybe her career.

JK Rowling’s supporters see the hashtag as an attack on her free speech and right to have an opinion, no matter how unpopular. Plus, many hashtag users may not get the nuance of “death of the author” and actually use the hashtag to post death threats.

Too big to fail

Temi is Not Your Mate points out the obvious. JK Rowling is rolling in hundreds of millions of dollars. That amount of wealth isn’t going to diminish – no matter how much fans boycott her franchise or pretend she’s dead.

The #RIPJKRowling hashtag is a vivid reminder that she is great at marketing and that her next book will sell a huge amount of copies.

Another Twitter user pointed out that this is an excellent marketing ploy. Not as many people are aware of JK Rowling’s mystery series for adults, but now they are.

Did anybody realized this, hated in the nation is about a British author who wrote a controversial article and everybody uses hashtag Deathto(the author’s name) then the authors dead and so everybody who used the tag #RIPJKRowling pic.twitter.com/pyl3secbsY

Or maybe we’re living in a Black Mirror episode

One Twitter user pointed out that this is eerily similar to a Black Mirror episode where hashtags on social media kill hated posters.

What are your thoughts? Do you stand with JKRowling, or is the author “dead” to you? Let us know in the comments!