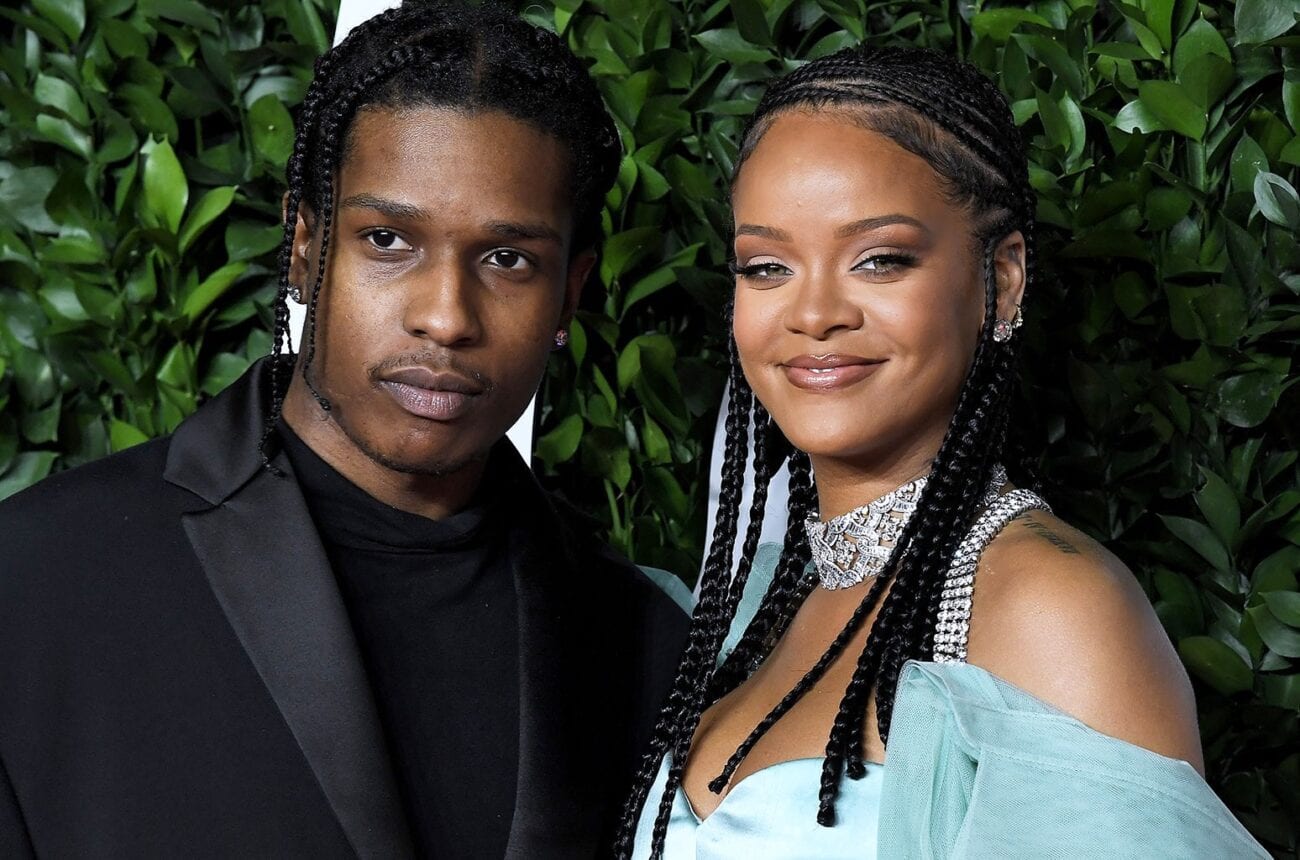 Rihanna and A$AP Rocky confirm the relationship: Are they endgame?

Summer is almost here, and love is in the air, folks. Between Harry & Meghan, Ben & J-lo, Chrissy & John, and all the rest of Hollywood’s power couples, we have a hard time keeping up. However, we can’t stop our unhealthy obsession with celebs, as stars who keep their relationships close to the hip get our goat more than anything. But when we find out our suspicions are right, the feeling is simply “chef’s kiss”.

We tried to bury the lead here, but this feeling is exactly what we got today with the confirmation Rihanna & A$AP Rocky are together, and some of the early 2010s’ greatest hitmakers have forged into 2021’s ultimate power couple. Rumors have been circling around Rihanna & A$AP Rocky for months now, but A$AP confirmed fans’ suspicions, and (ahem) didn’t hold anything back. 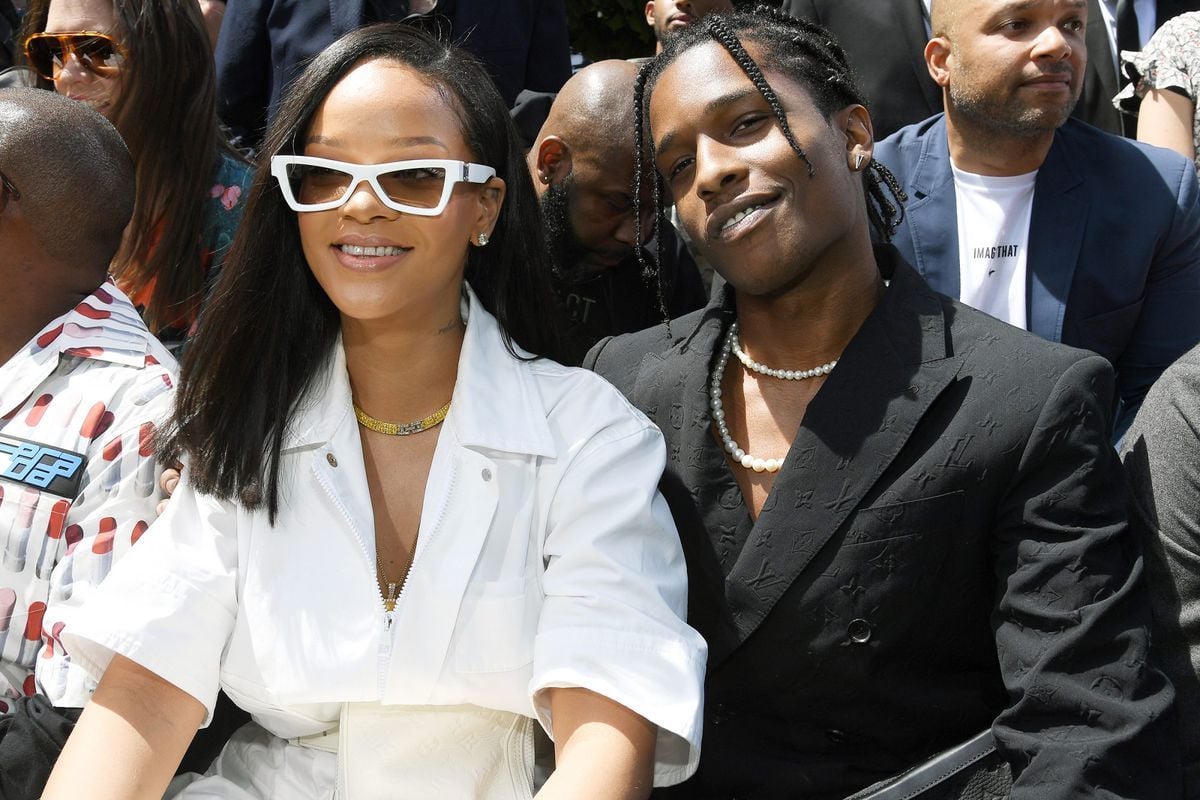 “She’s the one.” Yup, that’s what the famed rapper told GQ about his budding relationship, and we can only imagine Rihanna & A$AP Rocky will be two names linked for some time (at least a few months).

The interview comes after rumors about A$AP Rocky & Rhianna have been raging over the past year, as Extra reported yesterday that People told its readers the two had been dating back in December 2020.

Despite recent reports, and even despite People telling folks Rihanna & A$AP Rocky were dating in December, the artists weren’t exactly playing things cool for the public since they became friends following Rihanna’s Diamonds world tour in 2013. 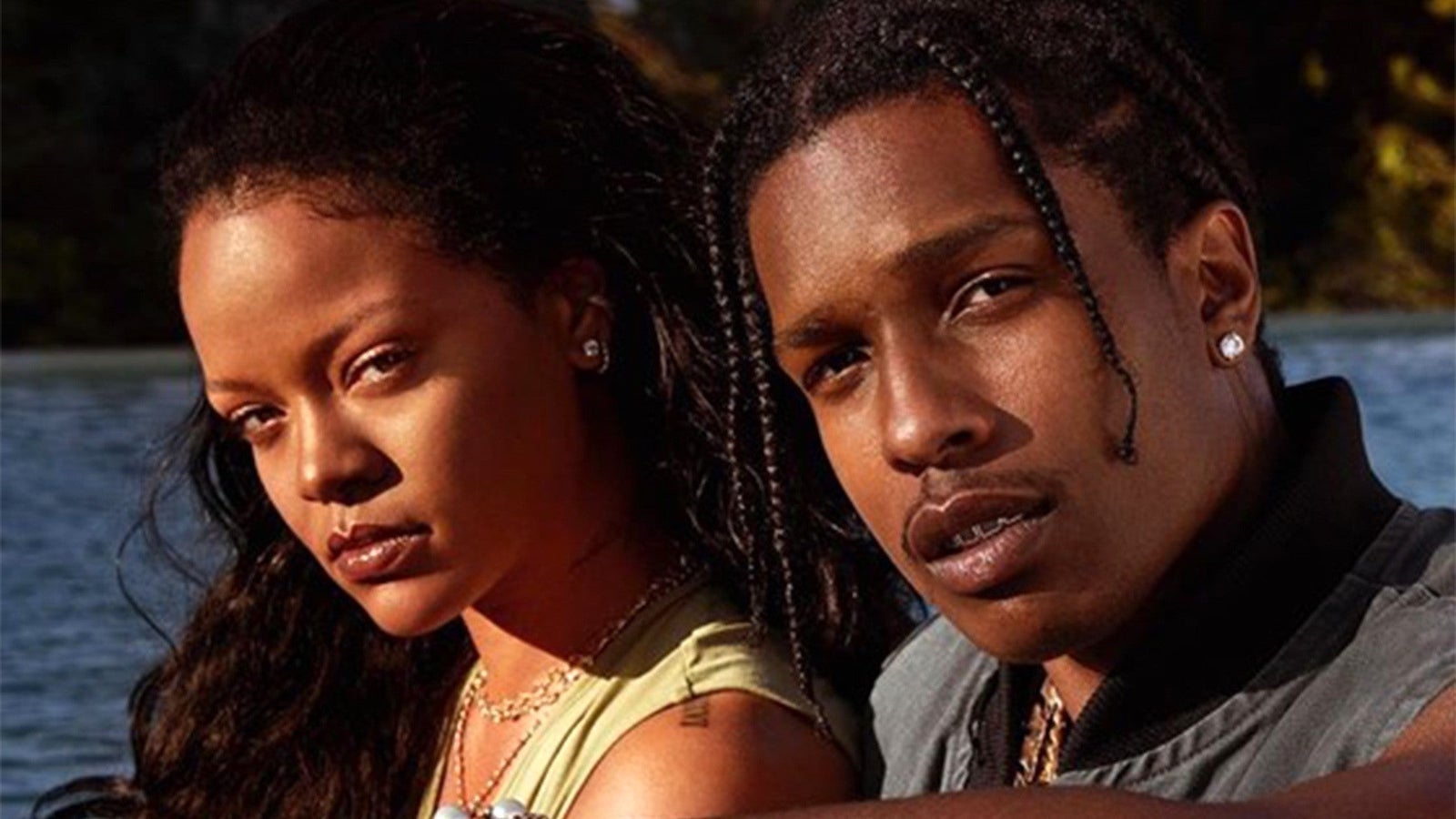 Long before A$AP talked to GQ yesterday, professing his love for his new boo, the magazine hosted an interview between Rihanna & A$AP Rocky, with the two focusing on skincare, no doubt for Rihanna’s line, as well as discussing fashion & working together.

Anyone who watched the interview on GQ’s YouTube channel can tell you Rihanna & A$AP Rocky had the chemistry of Bonnie & Clyde and Sonny & Cher combined, and watching makes you feel like you should close YouTube and give the two some privacy. We have no doubt the videos didn’t help with dating rumors.

However, A$AP has confirmed any doubts skeptics had about his and Rihanna’s relationship yesterday in GQ. A$AP has been outspoken about his f*cking problem, so how invested is he in his budding relationship with the “Umbrella” singer? 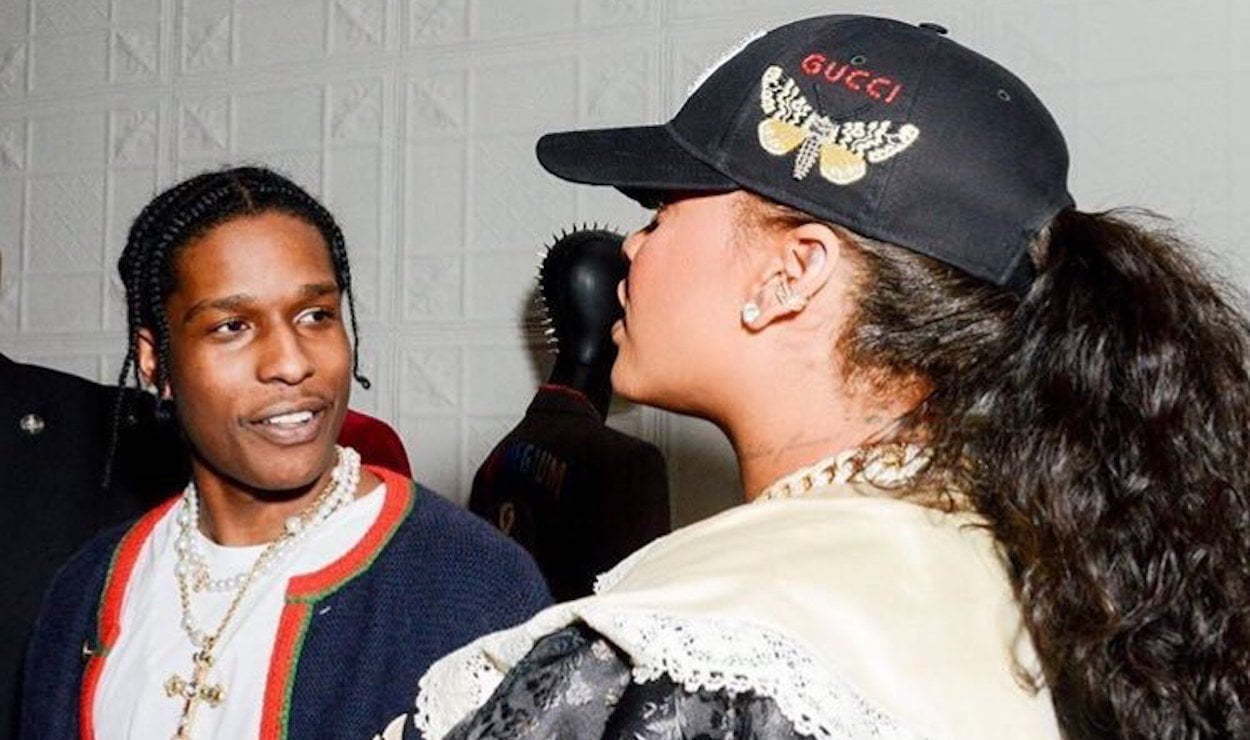 Not only did A$AP tell GQ Rih Rih “absolutely” influenced his new material since the two got together, quoted saying, “I think it’s important to have somebody that you can bounce those creative juices and ideas off of”, but also he went on to swoon further about his new boo.

Rocky’s upcoming album is a self-described “ghetto love tale”, leading fans to have an idea how much Rihanna influenced the artist’s upcoming work. However, anyone with doubts surely clammed up as soon as A$AP got in front of the rumors and spoke frankly & candidly about he & Rihanna’s link. 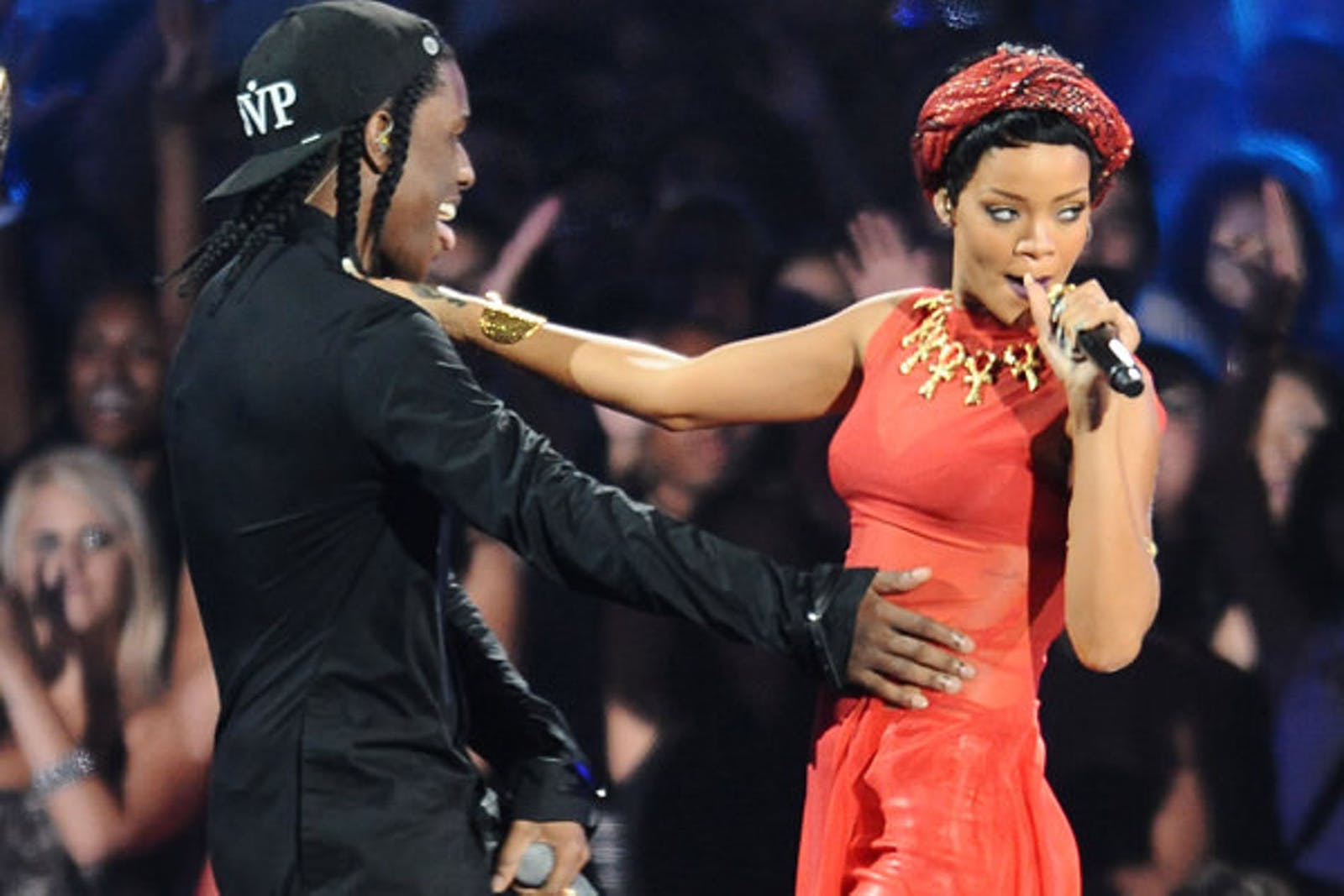 When you know, you know

When asked about his relationship, Rocky told GQ it’s “So much better when you got the One. She amounts to probably, like, a million of the other ones . . . I think when you know, you know. She’s the One.” Geez, A$AP, tell us how you really feel, why don’t ya?

When asked about any possibilities of fatherhood, as Rihanna has an outspoken desire to someday be mommy, Rocky said, “If that’s in my destiny, absolutely . . . but like, I think I’d be an incredible, remarkably, overall amazing dad. I would have a very fly child. Very.”

Rihanna has yet to respond to A$AP’s interview this week, but if she’s feeling any way like Rocky, she’s in a love-drunk haze, and (wait for it) shining bright like a diamond.

Do you think Rihanna will stay in the A$AP mob for long? Let us know in the comments!