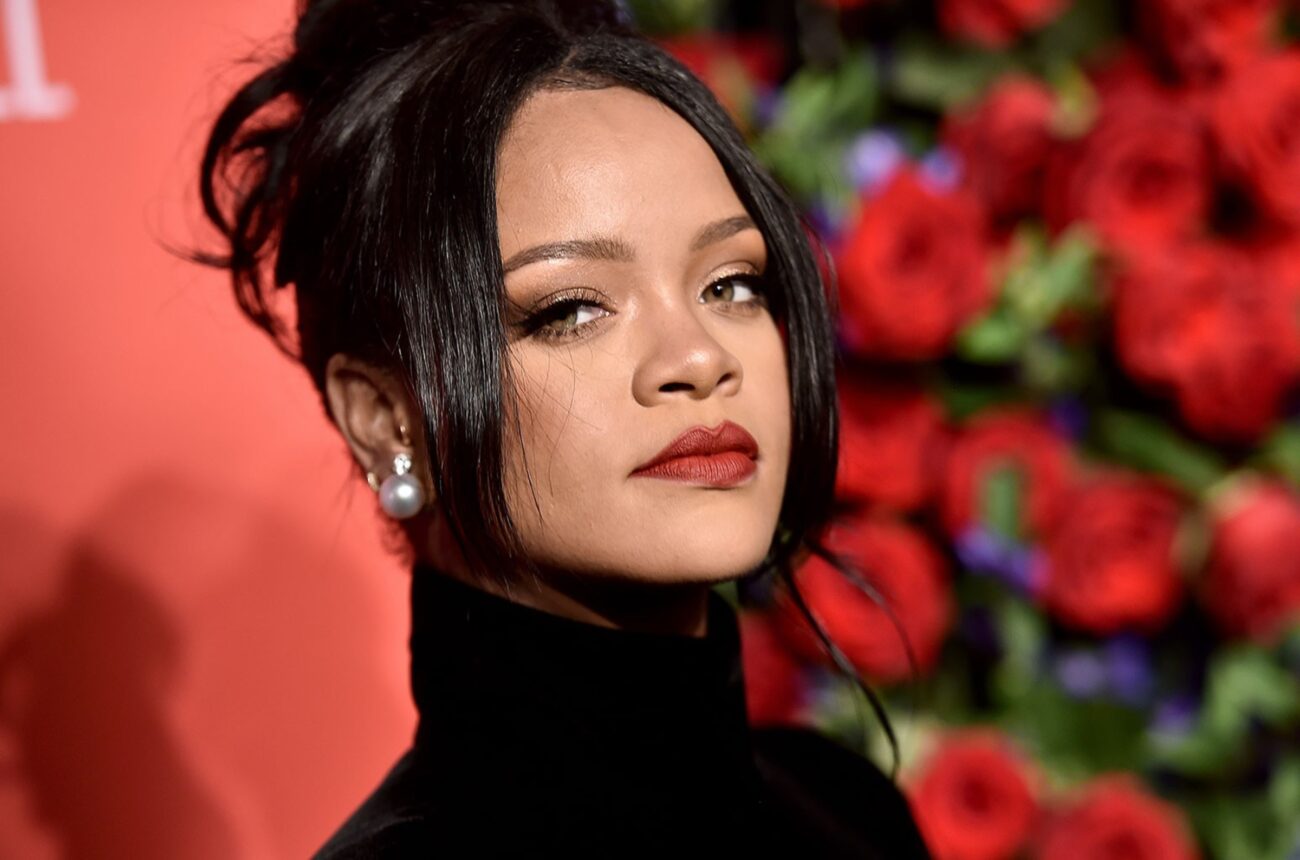 Rihanna has never backed out from fashion risks, and while some of those can be hit or miss – she makes heads turn! In fact, Queen Ri even launched a visual autobiography a few years back and called it The Rihanna Book – the book documented many of Rihanna’s iconic fashion moments in her pop star career. 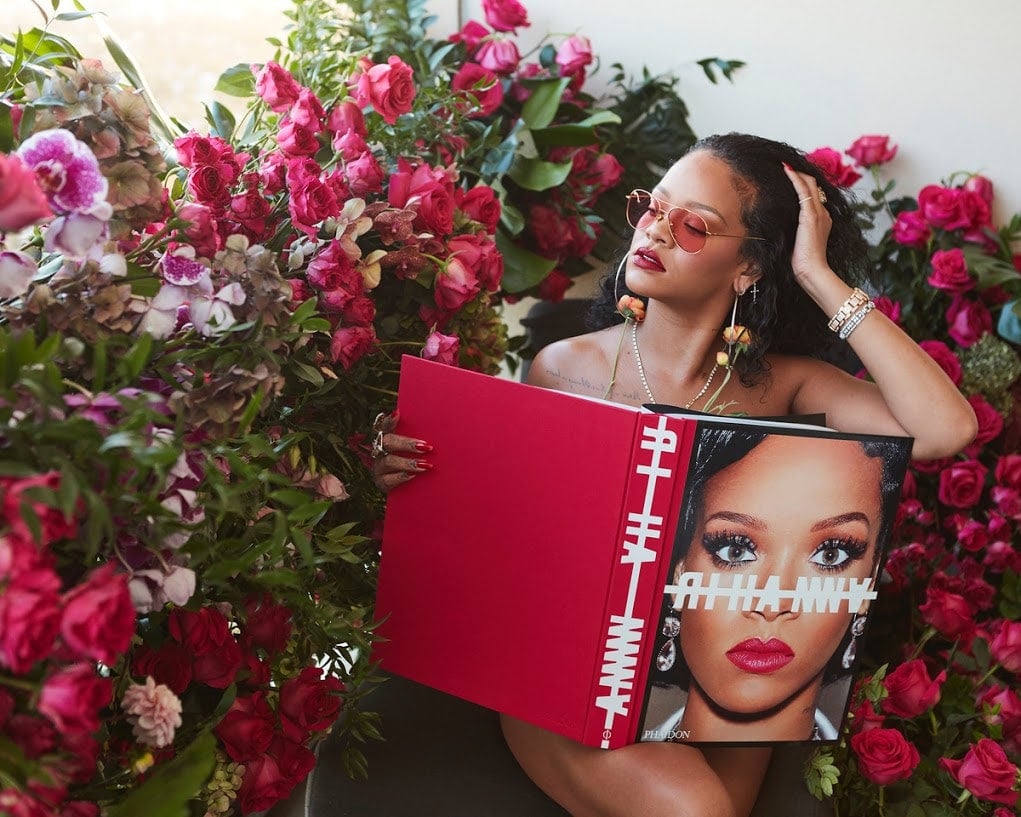 Recently, a follow-up book has been announced called The Rihanna Book: Queen Size which happens to be a limited collector’s edition of only 500 copies being sold worldwide.

However, there’s no need for a $1,500 (approx.) lookbook when you have Instagram these days. The Fenty CEO has amassed close to 100 million followers on Instagram, posting interesting bits of her multifaceted career & fashion while keeping the Rihanna fans updated on her life. With over 4.7K posts on Instagram, we picked out some iconic Rihanna fashion moments from the lot that made our jaws drop. 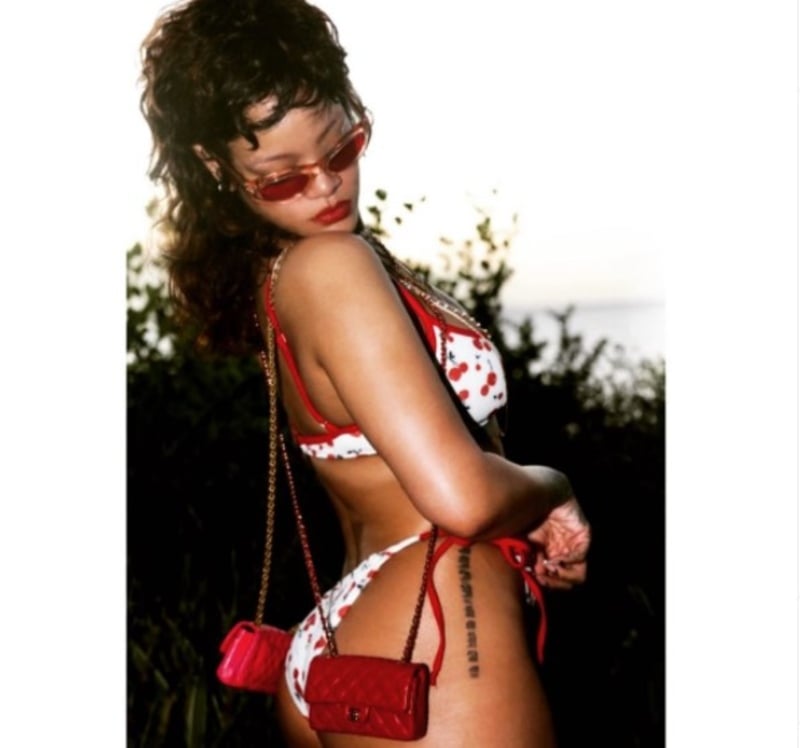 Rihanna made a comeback with a chic mullet on Instagram in the last few months. She started sporting the ‘90s hairstyle in her #SAVAGEXFENTY fashion show held in October last year. She’s continued to own it ever since.

This photo that she captioned “phuck a photo dump” has her looking stellar with her curly mullet and clad in red lingerie, courtesy of her latest lingerie line from Fenty. 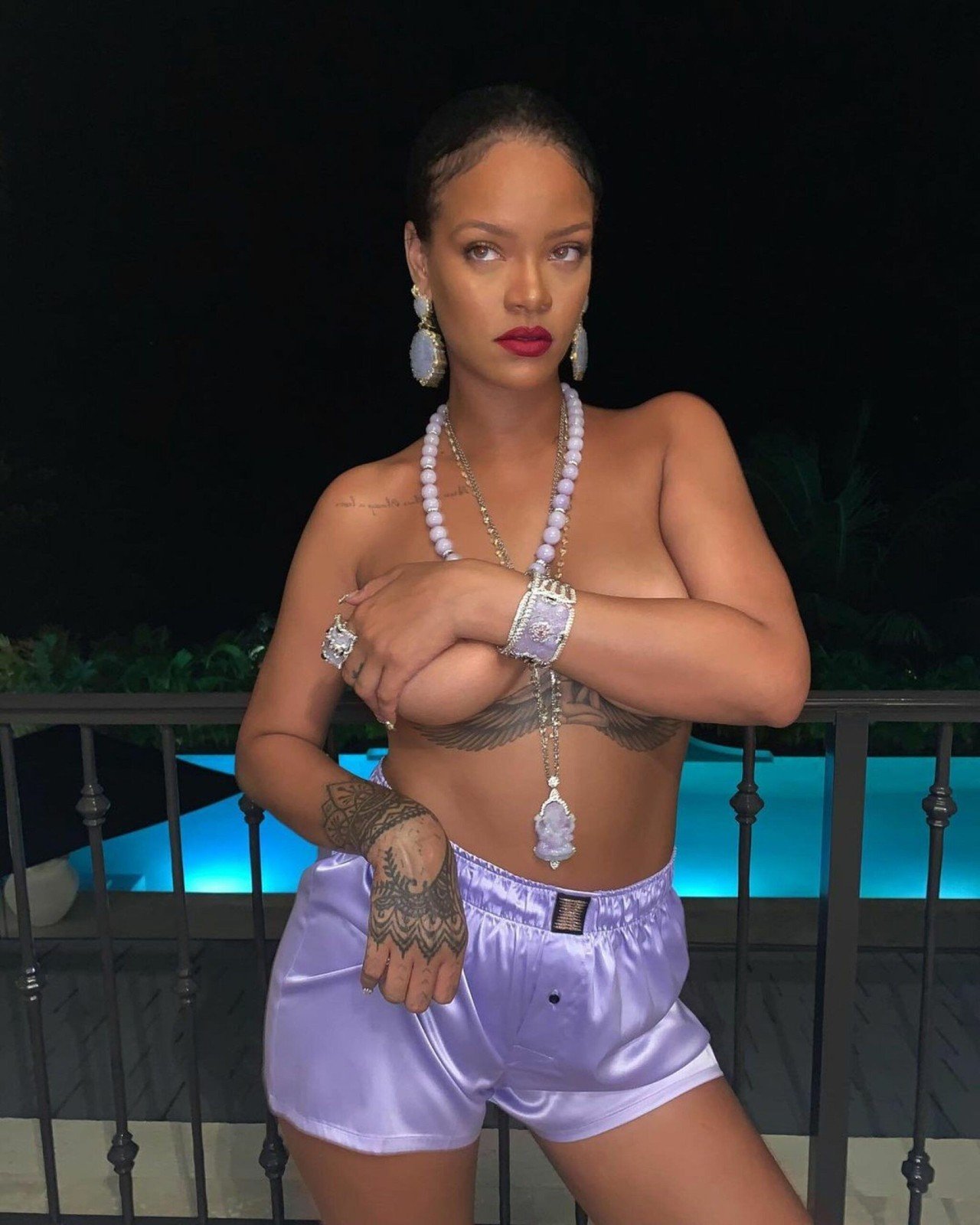 One of the latest posts causing massive controversy is an Instagram photo of Rihanna promoting a pair of satin boxers from her Savage x Fenty line. While her posing topless in the picture didn’t really bother netizens, her choice in jewelry definitely did.

Rihanna wore a necklace with a pendant of a Hindu god Ganesh without acknowledging it and fans were in an uproar, calling it disrespectful to the religion while others said it was cultural appropriation at its finest. 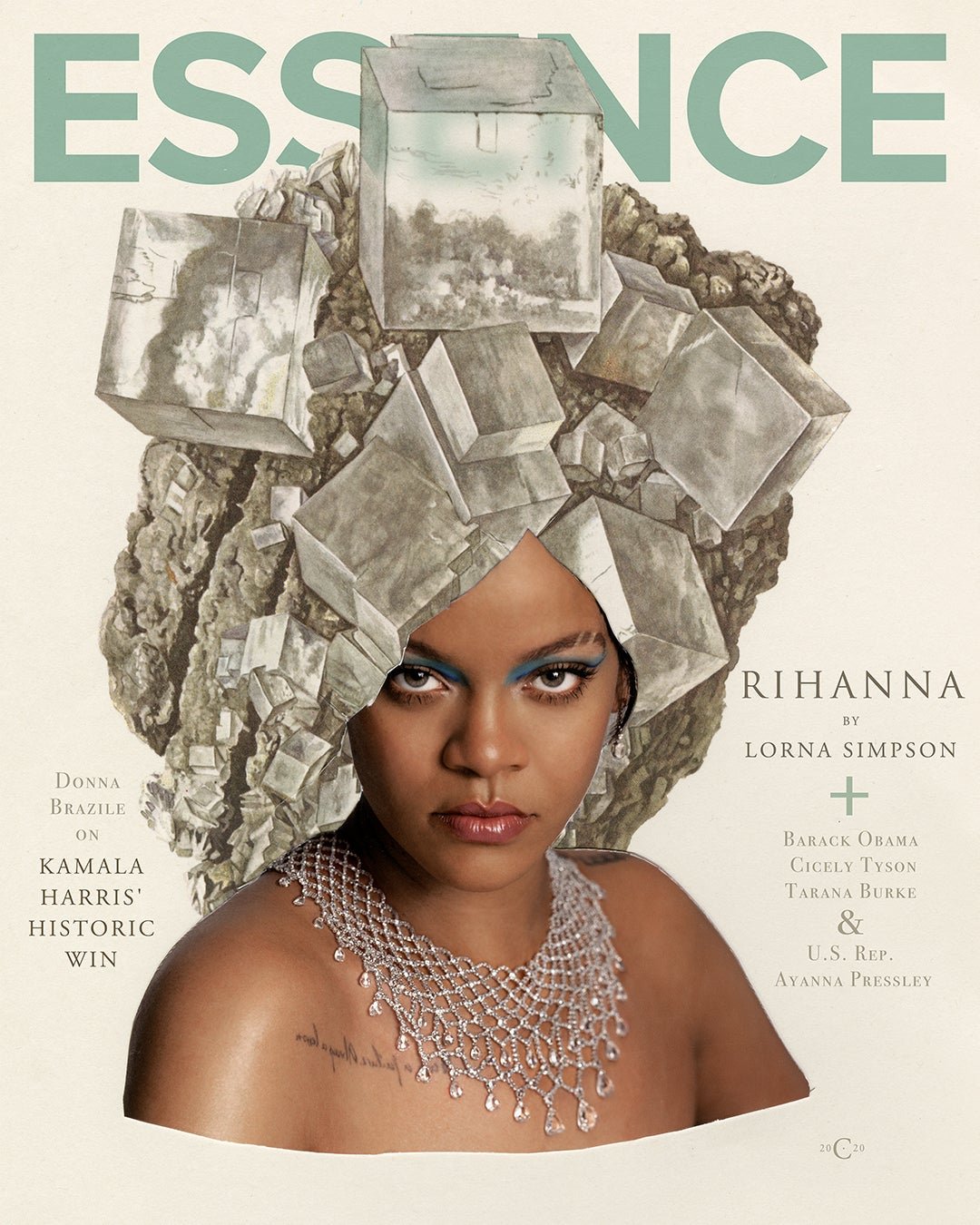 Rihanna posted a photo of her Essence magazine cover for the Jan-Feb 2021 issue on Instagram and it reminded us of the term “ice queen”. The artistic cover shoot had @/badgirlriri in a headgear resembling blocks of ice as she wore real ice (diamonds) on her neck with pretty blue eye makeup. 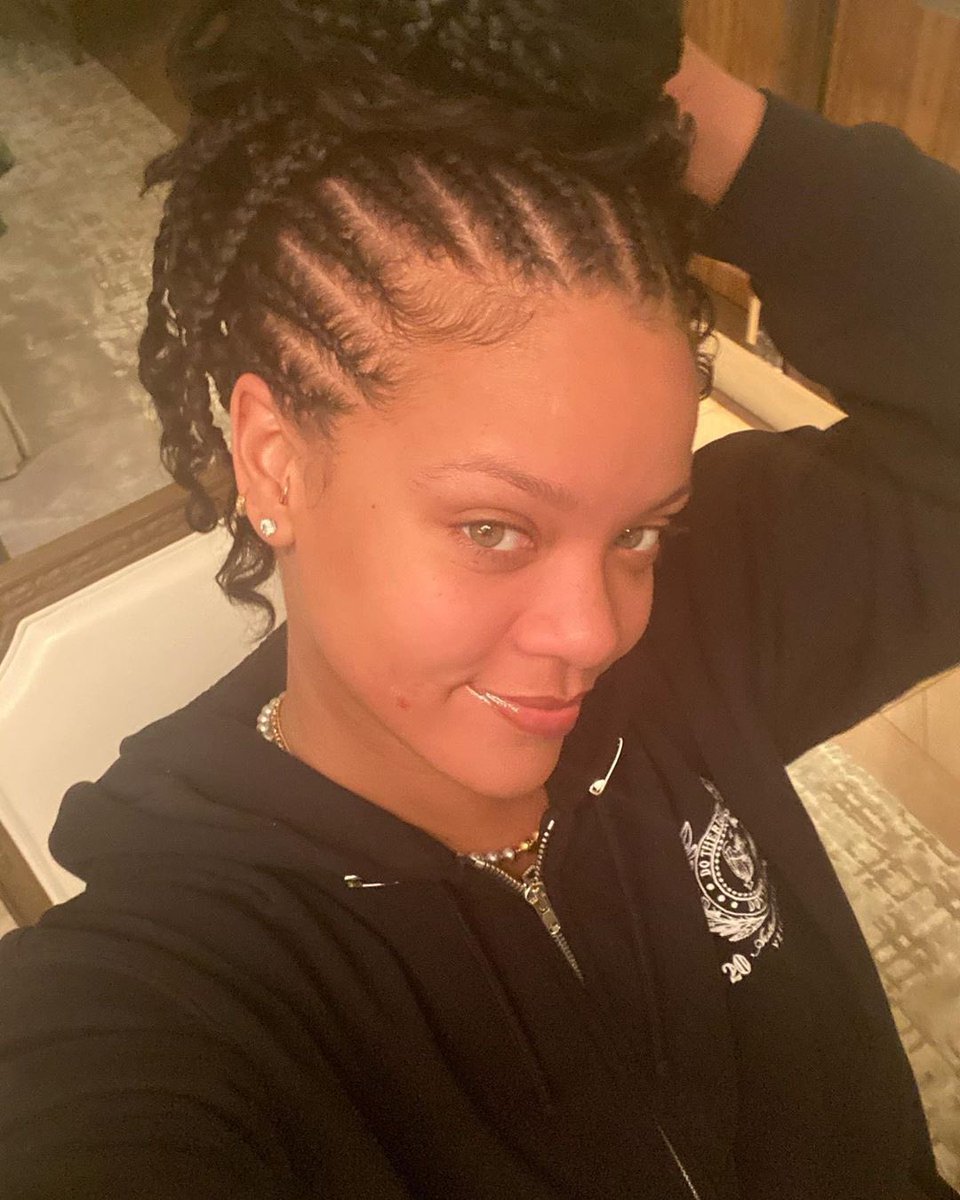 The skincare connoisseur posted a makeup-free selfie of herself at the beginning of 2020. Fans were in awe at Rihanna’s beautiful visage and her rocking cornrows as the casual photo on Instagram made quite a statement of deglam.

Rihanna captioned the photo with a “first selfie of the year doe. #2020”. 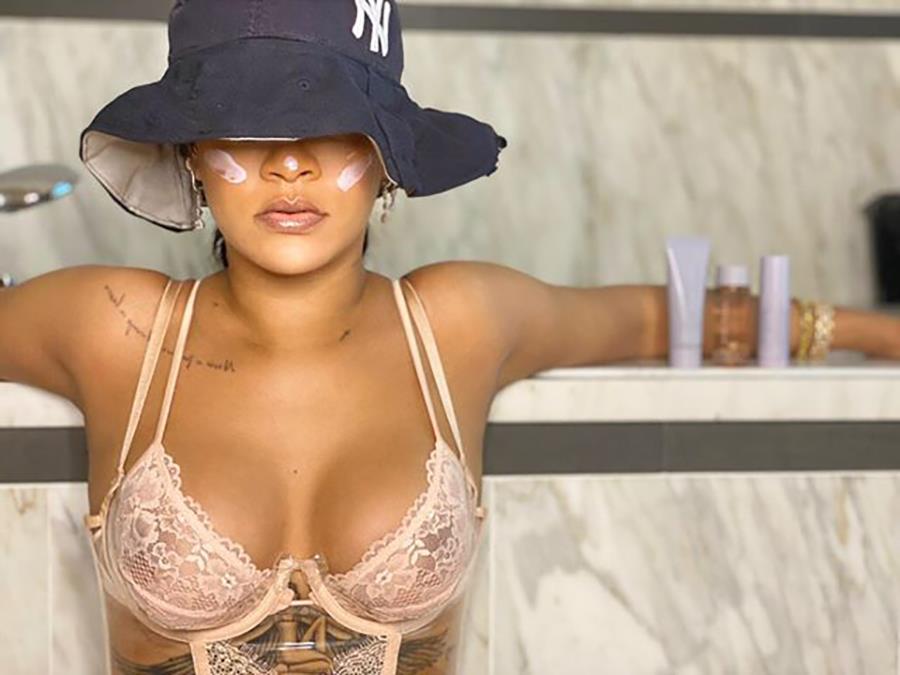 Rihanna gave mix ‘n’ match a whole new definition as she paired a pastel lacy bra with a New York Yankees bucket hat in this Instagram photo. The singer was promoting her Fenty skincare as she spoke about “protecting [her] melanin” in the caption of her photo with the tag #FentySkinStartRs. 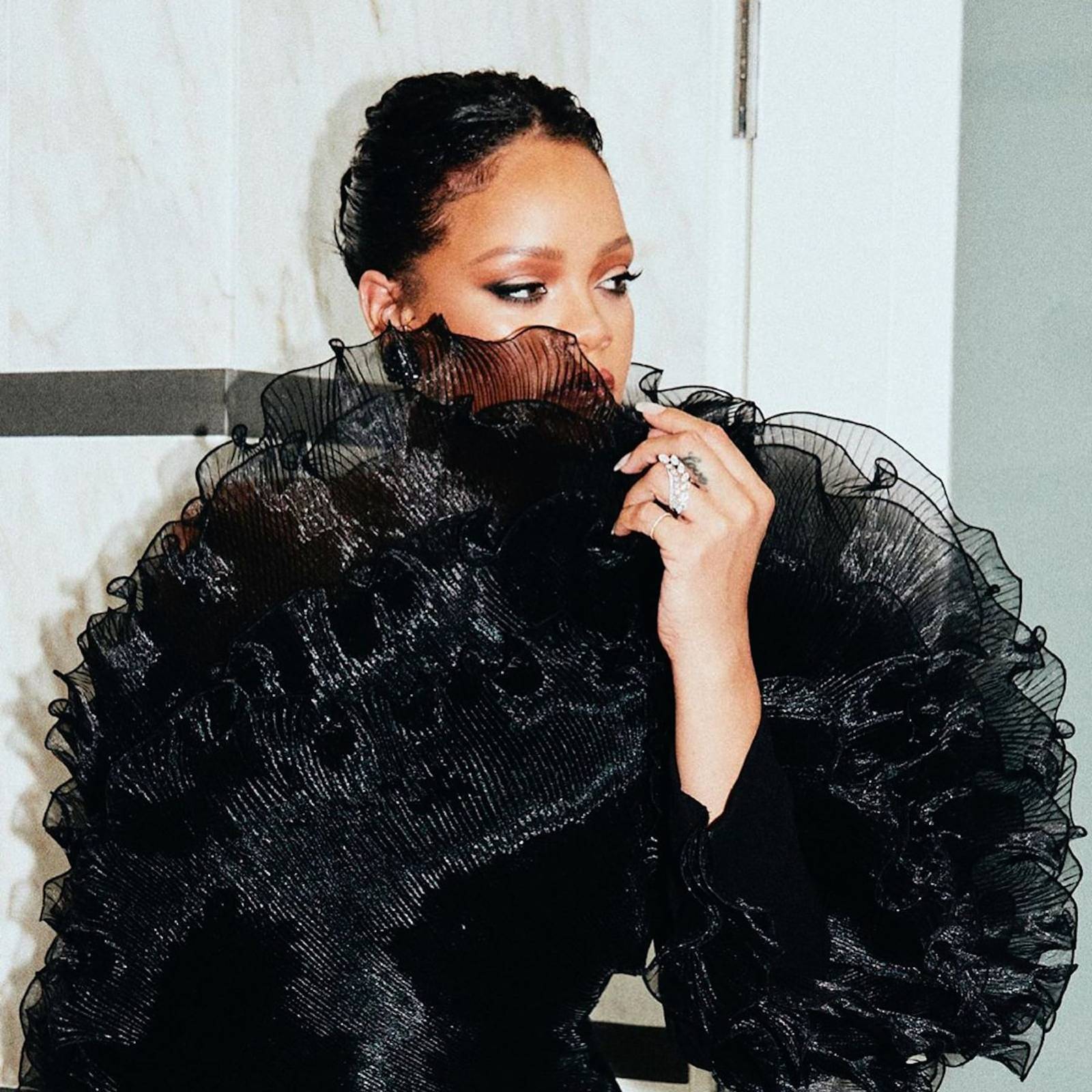 The pop icon showed up in a voluminous not-so-little black dress with layered ruffles at the Oscars after party last year. Hosted by Beyonce & Jay-Z, Rihanna posted a look of her fancy dress at the private party after a long wait on Instagram and opted to forgo a caption, keeping the look & post classy.

Pop queen Rihanna has been open to sharing many of her life’s aspects on Instagram, however, she has made sure to keep her love life off the social media app. Her relationship with longtime friend A$AP Rocky broke out in December when Entertainment Tonight reported that the couple “have always had amazing chemistry and Rihanna relates to A$AP and it feels natural, easy and fun.”

Sticking true to her rule, she made no Valentine’s Day post dedicated to her beau and continued to show herself some self-love.