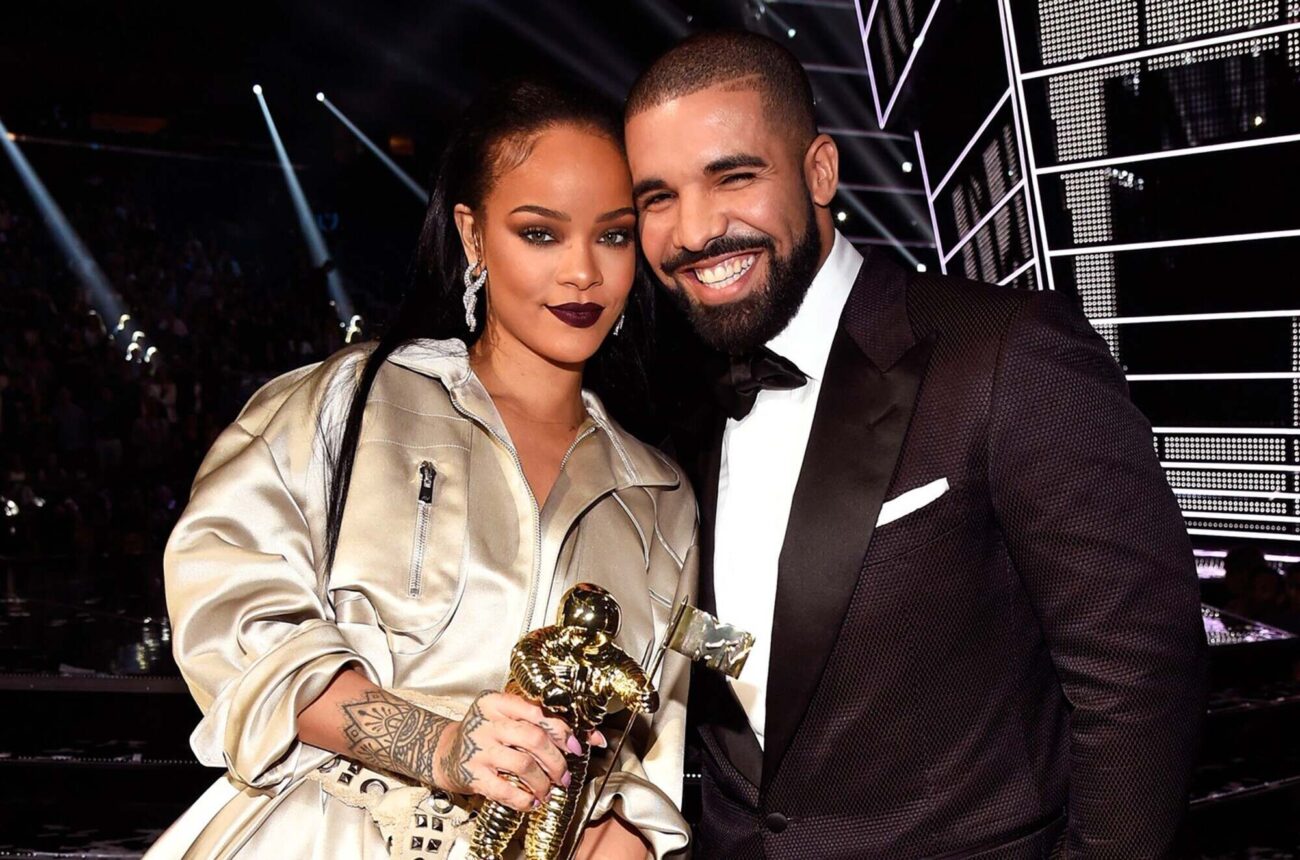 Drake and Rihanna: Jam out to their most iconic collabs

You might remember the “Umbrella” singer Rihanna for her infectious & killer tunes, but did you know she has had quite the song collection with legendary actor & rapper Drake?  We know Rihanna to have some insane collaborations with artists like Calvin Harris, Kanye West, DJ Khaled, and even Eminem. But probably the most perfect partner in the music business has been her former flame Drake.

Unfortunately in 2019, Rihanna told The New York Times that she doesn’t see another duet with Drake in the near future. The singer sadly confessed: “It’s not in the books right now, but I’m not against it.  . . Not anytime soon, I don’t see it happening.”

It’s been two years since Rihanna’s tragic statement, but that doesn’t mean we can’t enjoy the exceptional music that the pair created together. And since Drake & Rihanna’s first collaboration in 2010, fans have only been craving more. 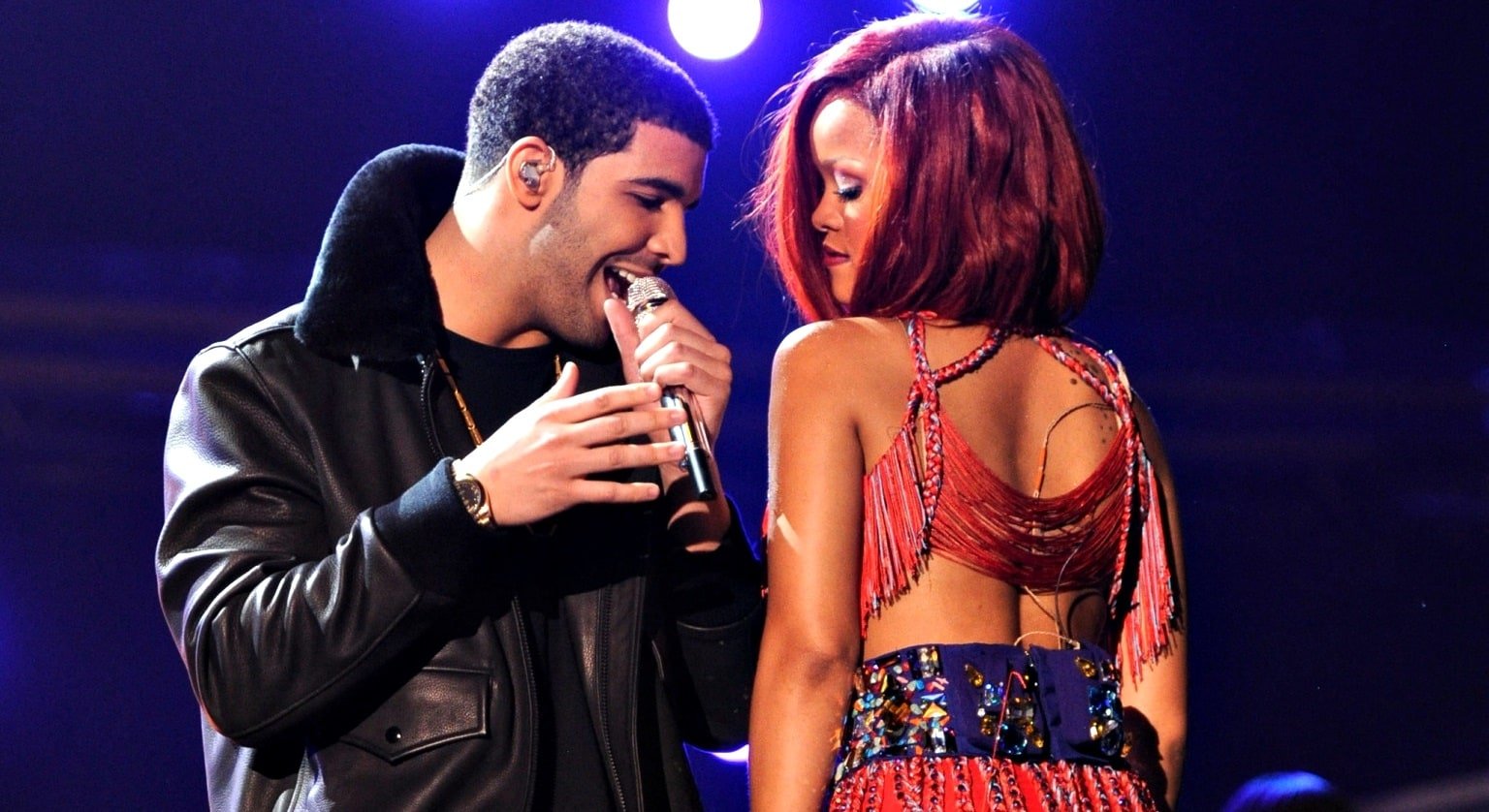 Rihanna’s “What’s My Name” featured Drake back in 2010 and started some major dating rumors. Despite these romance rumors, the song actually became a number one track worldwide. According to the Rolling Stone, the song was originally a solo but when Drake’s voice met hers – it was perfection!

Unlike Destiny Child’s skeptical bop “Say My Name”, Drake & Rihanna brought the idea of a fresh romance with their undeniable chemistry alongside some fun & flirty banter. So yes, turn up that track and repeat the lines: “Ooh na na, what’s my name?” 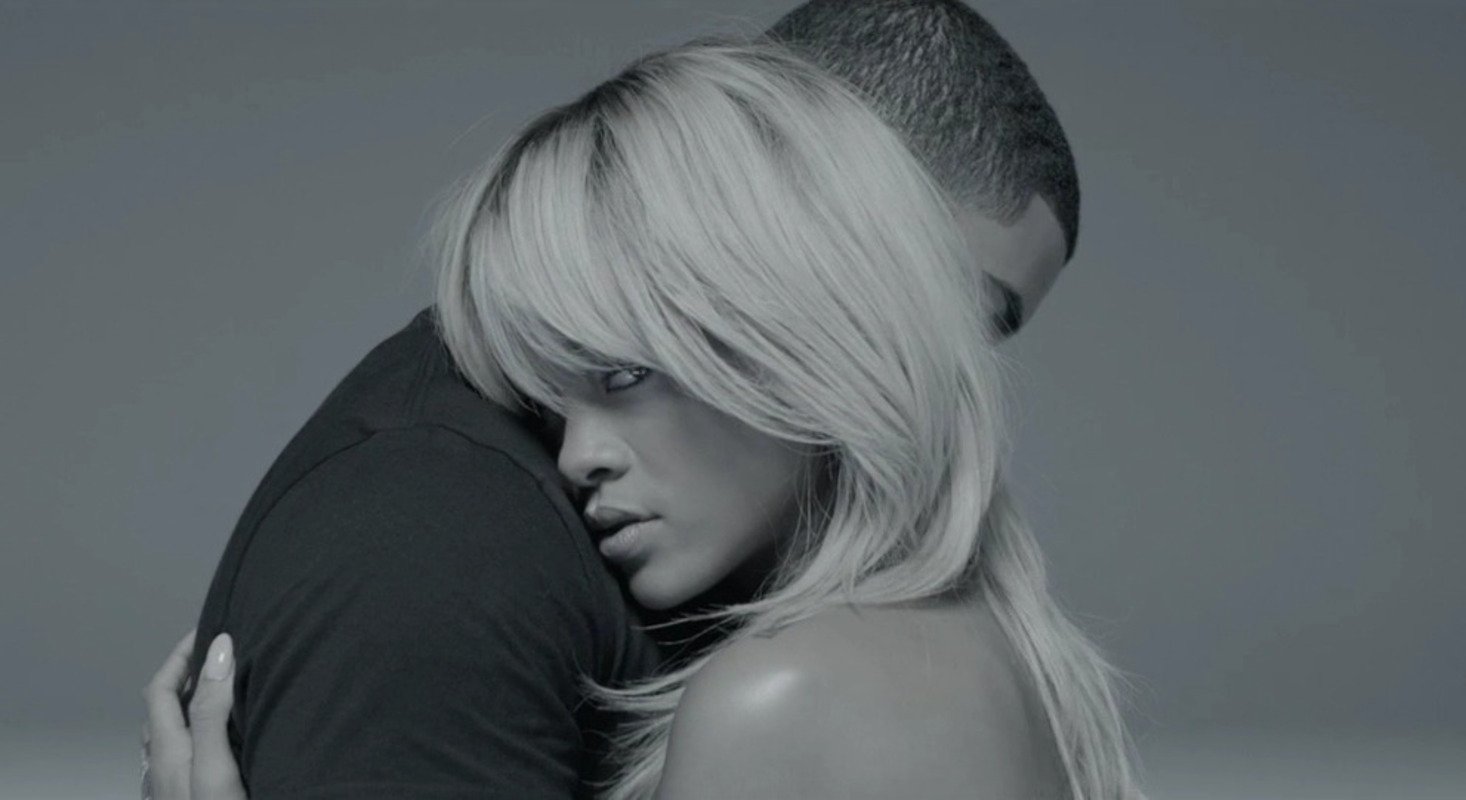 Everyone who went through a rocky relationship in 2011 definitely felt the emotion behind Drake & Rihanna “Take Care”. The song not only has a soothing & calming tune, but Drake admitted that “a lot of the energy we bring is genuine”.

As noted by Rolling Stone, the song was produced by Noah “40” Shebib who created the track through a sample of a Gil-Scott Heron remix by Jamie xx. Luckily, this included the incredible guitar playing alongside a Balearic throb. 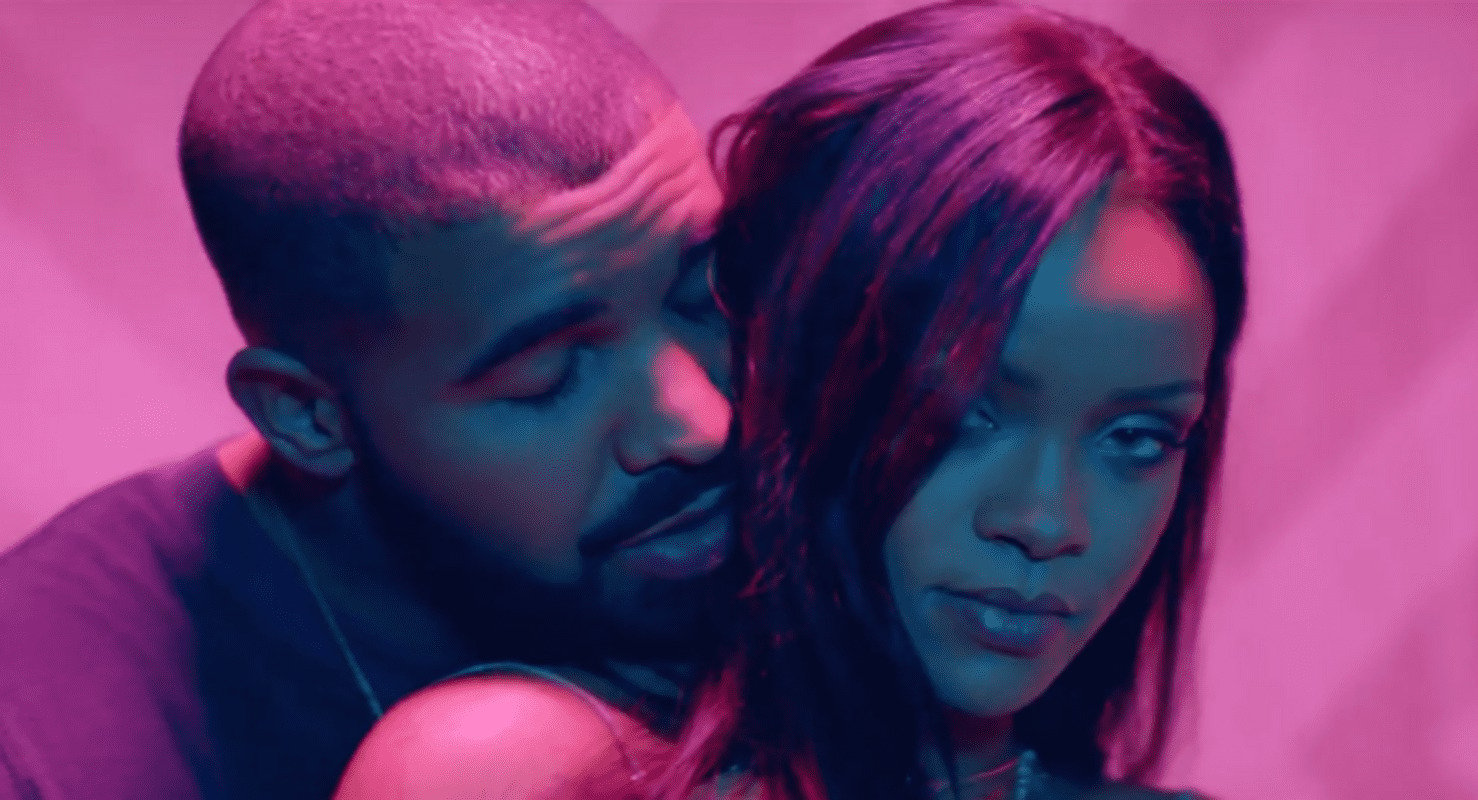 Who could forget the Caribbean classic “Work”? Rihanna and Drake’s song was released in 2016 and brought everything between cultural & sensual. In fact, Rihanna explained to Vogue: “I felt like if I enunciated the words too perfectly, it would just not be the same attitude or the same sass. Because that’s how we speak in the Caribbean.”

However, the song is more than just a “back to work” anthem. Partynextdoor actually wrote the track and informed RS: “It’s blues. I went from braggadocious to blues.” 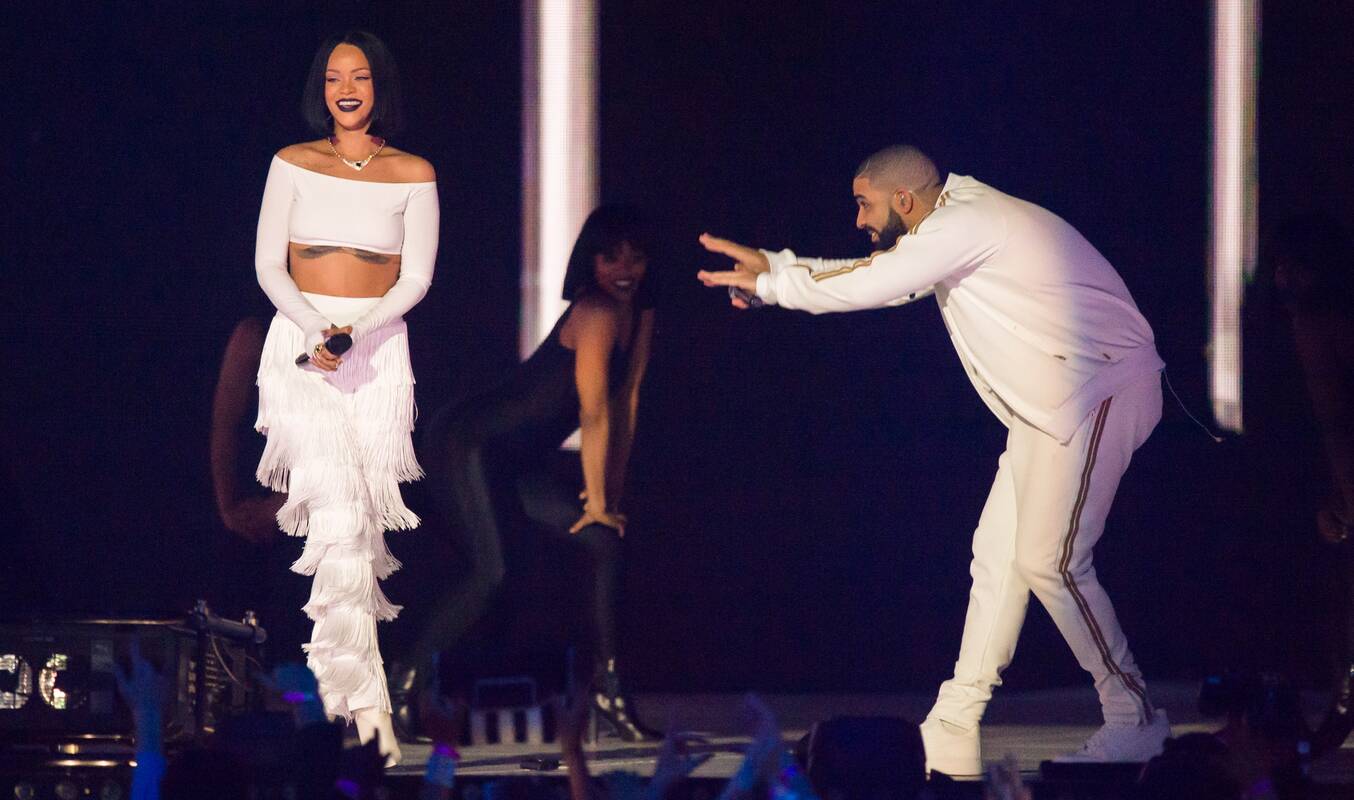 If you’re looking for a bittersweet Rihanna & Drake track, look no further! Their song “Too Good” is just what you need. The 2016 song was released on the Canadian rapper’s album and explored a new way of looking at relationships. Though the song may not be blasted on your Billboard Hot 100, it definitely got listeners attention. In fact, Insider reported the song as having a “sense of newfound maturity”. 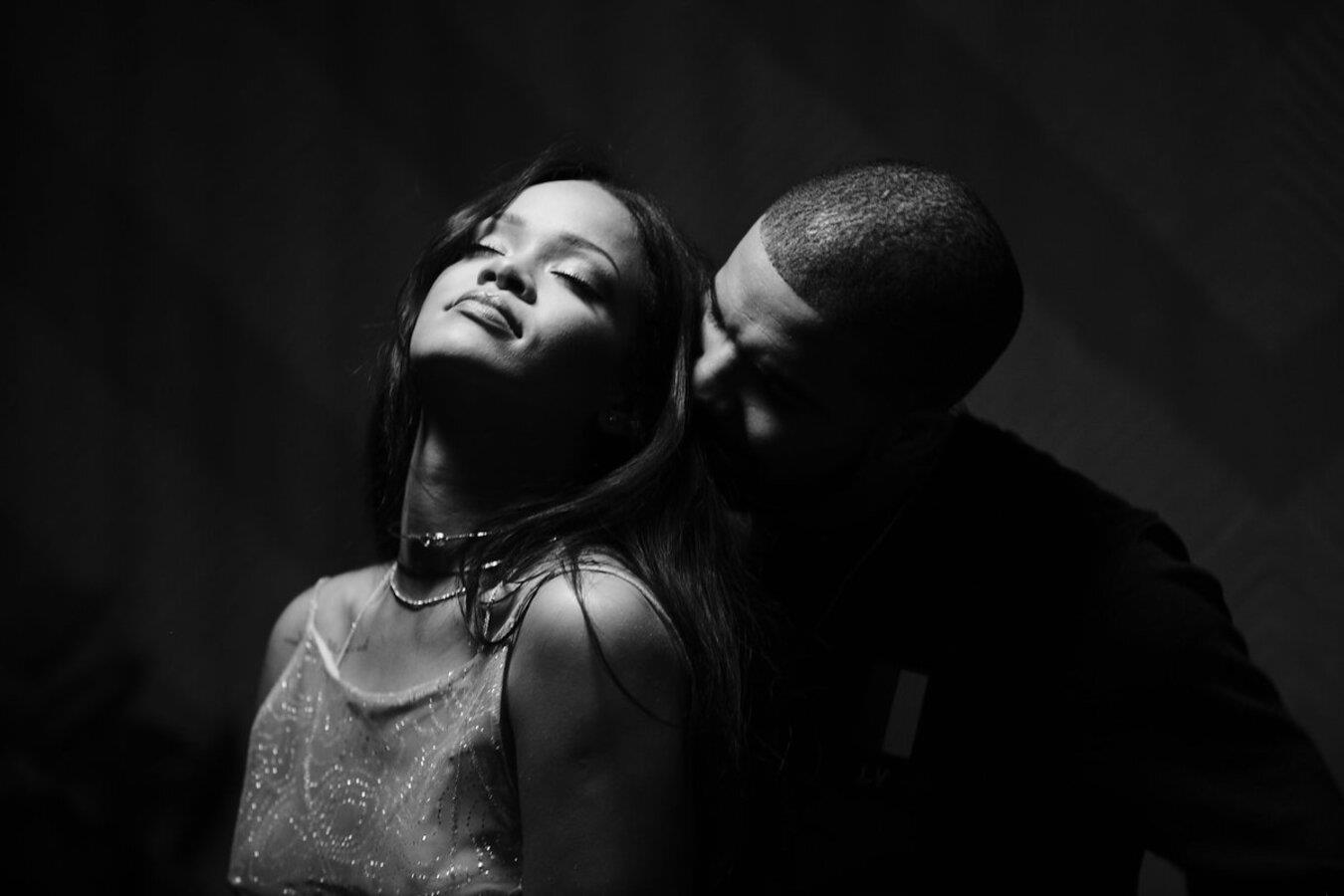 Drake & Rihanna’s “Lemon” might not have topped the charts like the rest of their classic collabs, but it’s not a complete miss. The 2017 remix with Rihanna was as great as the original. This track might just be another great party song to add to the list of the duos. According to Rolling Stone, the new version of “Lemon” actually made it to the Top 40 and was Rihanna’s fiftieth track in the charts.

With such hot tracks, do you think Rihanna & Drake will ever release another song together? Let us know in the comments below.