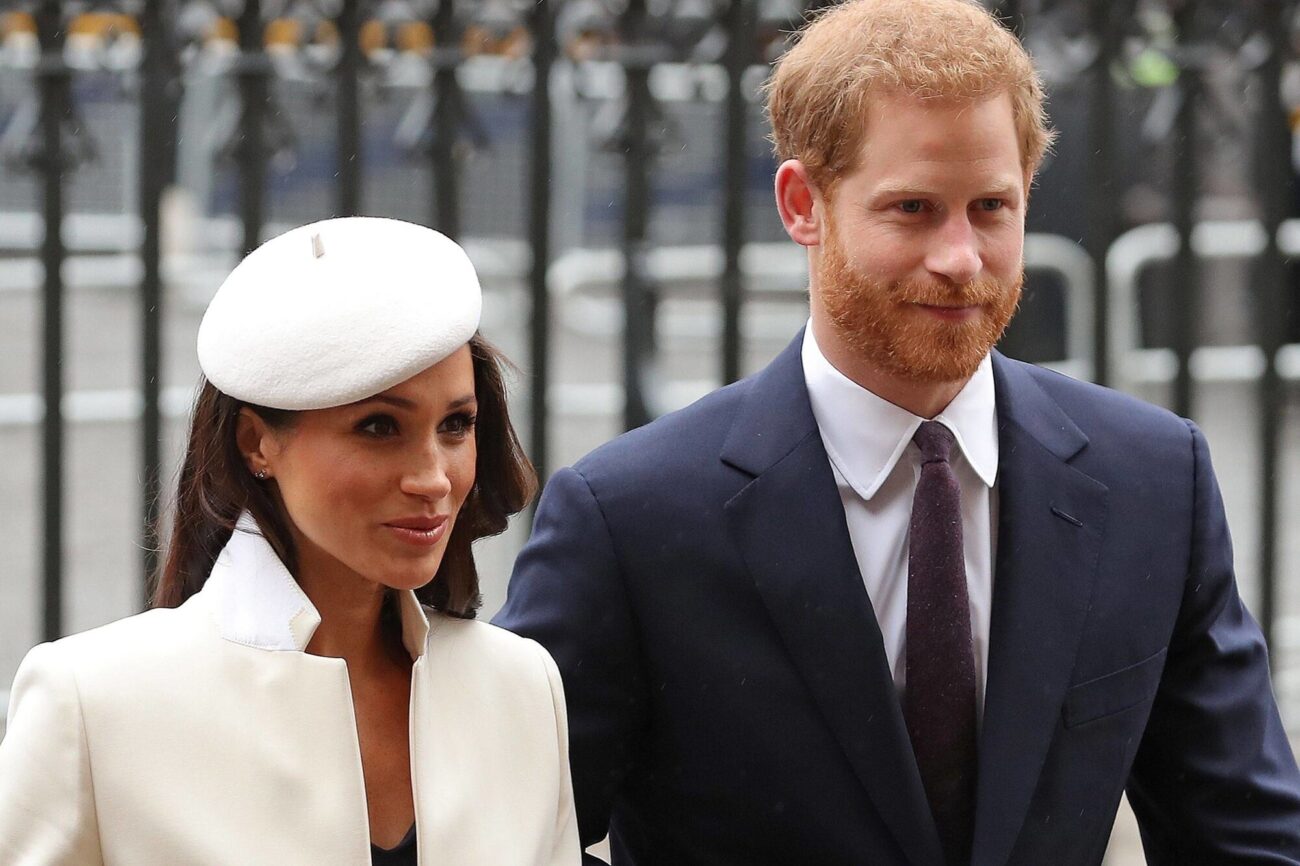 Prince Harry’s return to the UK: Will he leave his wife Meghan behind?

Though Prince Harry and his wife Meghan Markle left the royal family in January 2020, they made it clear during their Oprah Winfrey interview that they didn’t want to leave but they were out of options. But now, Prince Harry’s grandfather Prince Philip has passed away, so we might see the Duke & Duchess of Sussex returning for Prince Philip’s funeral. Let’s see the details.

UPDATE: In line with his wishes, Prince Philip will not receive a State Funeral and his body will not be Lying-in-State. Instead, the Duke will lie at Windsor Castle until his funeral in St George's Chapel. Due to pandemic, public have been “regretfully requested” not to attend. pic.twitter.com/gq2Ah1B2mz

According to Harper Bazaar, the late Prince’s funeral will take place on Saturday at 3 pm GMT (11 am ET). The publication noted that it will “coincide with a national minute of silence” and due to the UK Government’s guidelines, only family members, children, grandchildren, and long-serving staff members including Prince Philip’s private secretary will attend.

Royal reporter Omid Scobie tweeted: “In line with his wishes, Prince Philip will not receive a State Funeral and his body will not be Lying-in-State . . .” Prince Philip’s coffin will be placed in the Queen’s private chapel at Windsor Castle until transported in a Land Rover, which the Duke of Edinburgh helped design, followed by British family members who will follow the coffin to St. George’s Chapel. 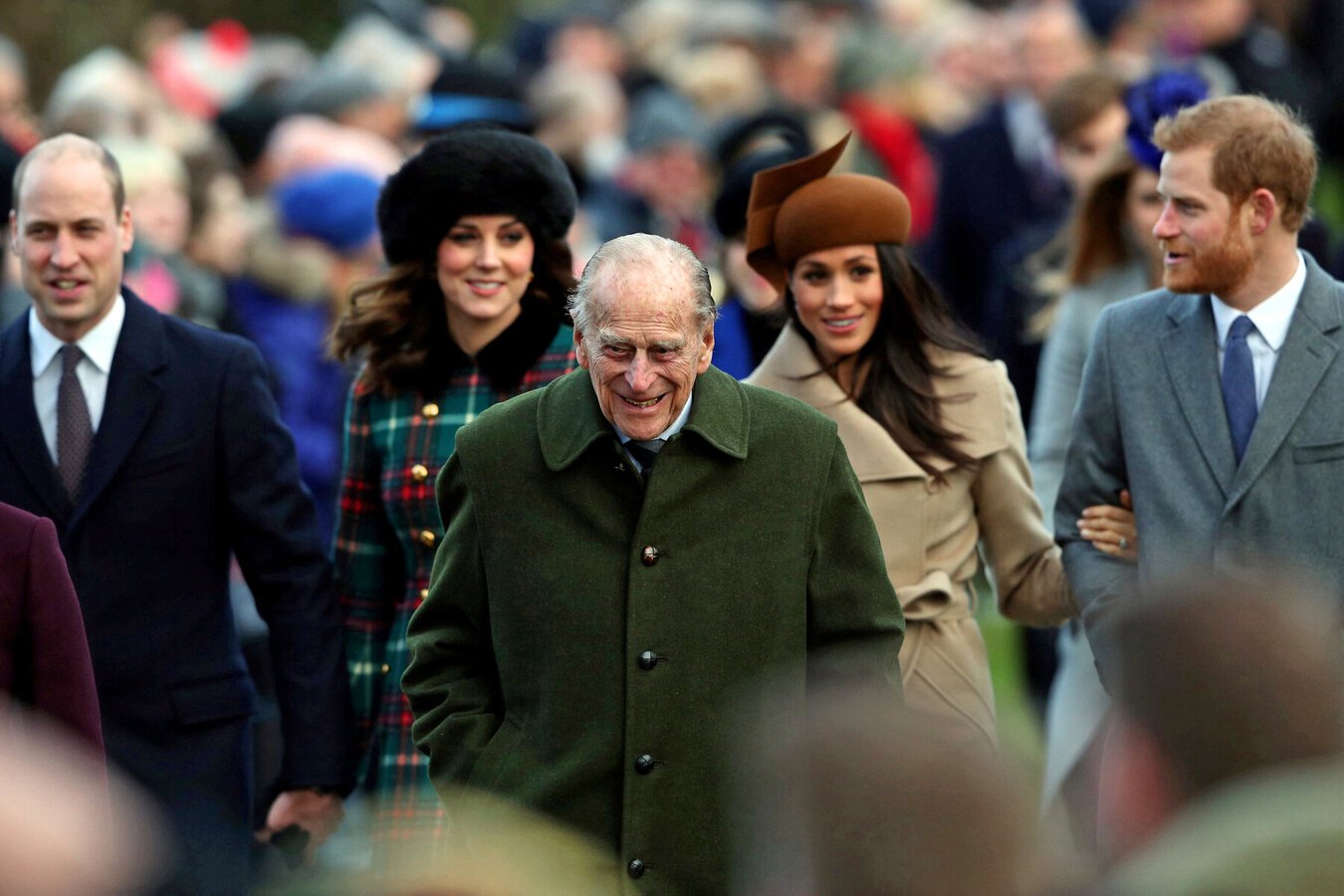 Prince Harry is “expected” to make his way to Windsor Castle to pay his respects to his grandfather, alongside Peter Philips, Zara Tindall, the Duke of Cambridge, the Duke of Sussex, Princess Beatrice, Princess Eugenie, Lady Louise Windsor, and Viscount Severn, according to Sky News.

Sky News noted, other members of the royal family who will most likely be in small attendance include Prince Philip’s children (Prince Charles, Princess Anne, Prince Andrew, and Prince Edward) and their spouses. Also, a spokesperson for Downing Street stated that there might be room for one more royal member:

“The prime minister has throughout wanted to act in accordance with what is best for the royal household, and so to allow for as many family members as possible will not be attending the funeral on Saturday.” 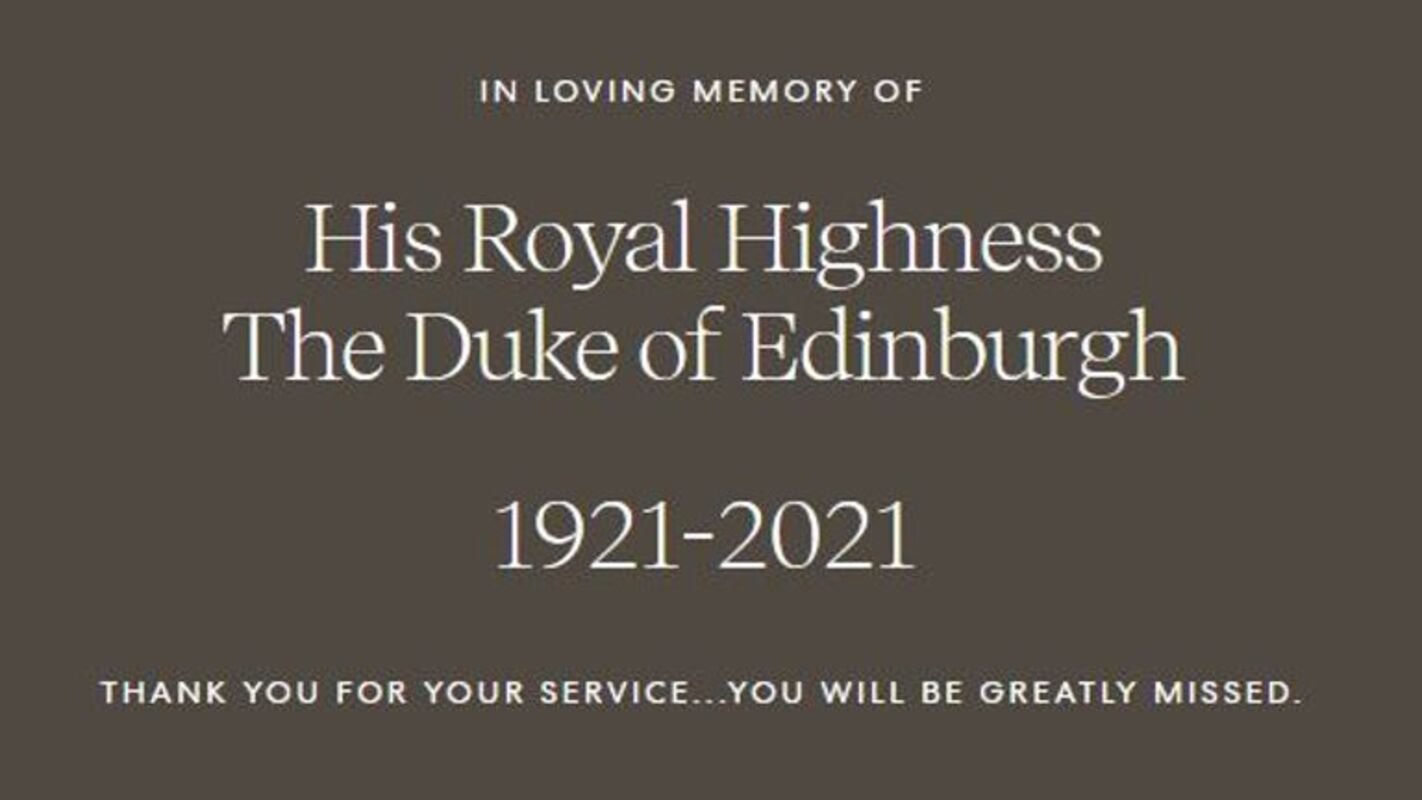 Elle reported that Prince Harry & Meghan Markle’s charity Archewell posted a message stating: “Thank you for your service. . . You will be missed”, but it seems Prince Harry might be the only Sussex attending Prince Philip’s funeral. And, it’s not what you think, Sky News reported that pregnant Meghan Markle actually has to remain behind due to “medical advice”.

Let’s not forget that Prince Harry lives in the U.S. and is very far from his grandfather, and since its the pandemic certain protocols will definitely need to be followed. 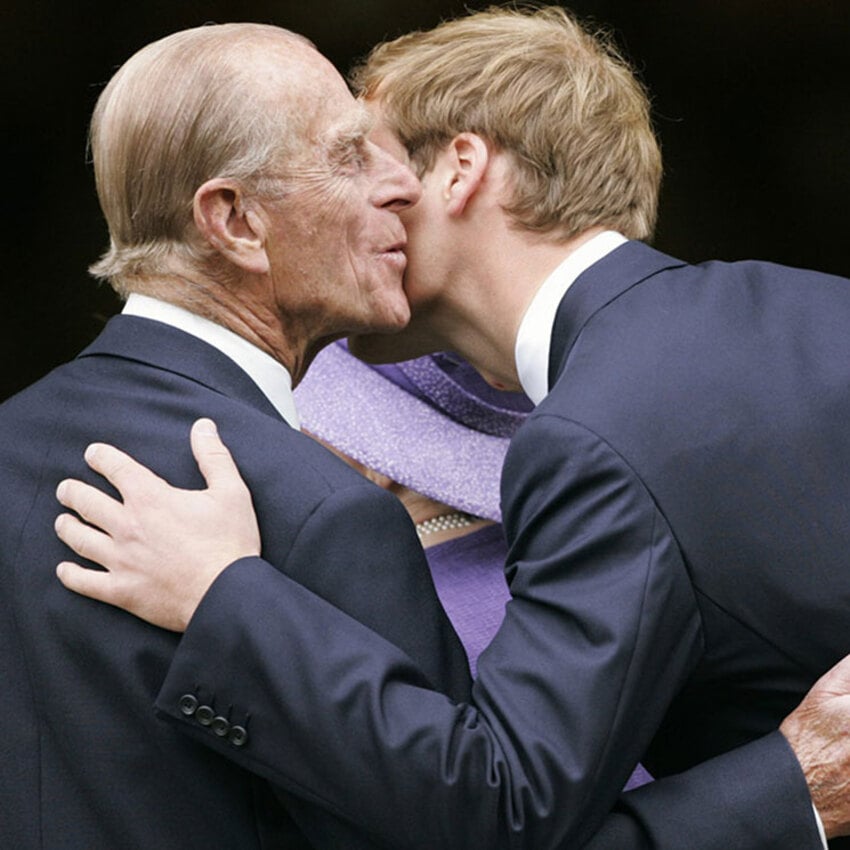 Per Elle, the UK is hoping to reopen international travel by May 17th, and currently, UK residents are required to fill a permission form to travel form with a valid reason. The form includes the following:

“All arrivals will need to take a coronavirus (COVID-19) test on day 2 and day 8 of quarantining. Arrivals must book a travel test package,” as well as a guidance package used when the passenger is quarantining. 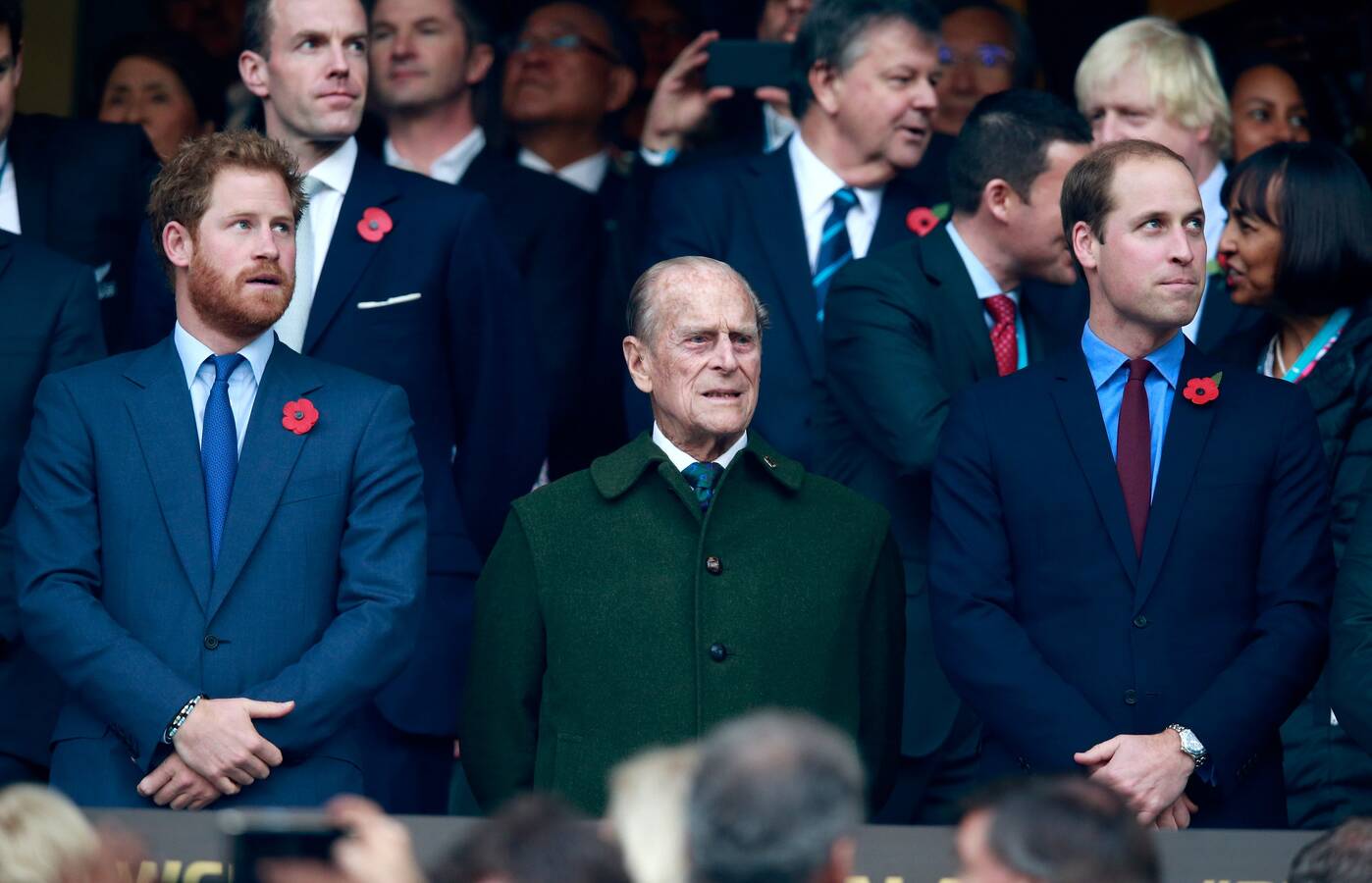 The last time we saw Prince Harry talking about his family was when he sat next to Meghan Markle and told Oprah Winfrey that his brother Prince William and his father Prince Charles are allegedly “trapped” within “the system”, and that he hasn’t seen his brother in a long time.

According to The New York Times, a royal historian Penny Junor claimed: “Harry will come home, and a meeting between the brothers and perhaps, with luck, a reconciliation over their dead grandfather could be a possibility.”

However, Penny Junor also explained: “It’s going to go one way or the other . . . There’s a sort of war going on within the family, and being played out in public. It’s been everything the family doesn’t want.”

Do you think Prince Harry will fly to the UK in time? Let us know in the comments below.