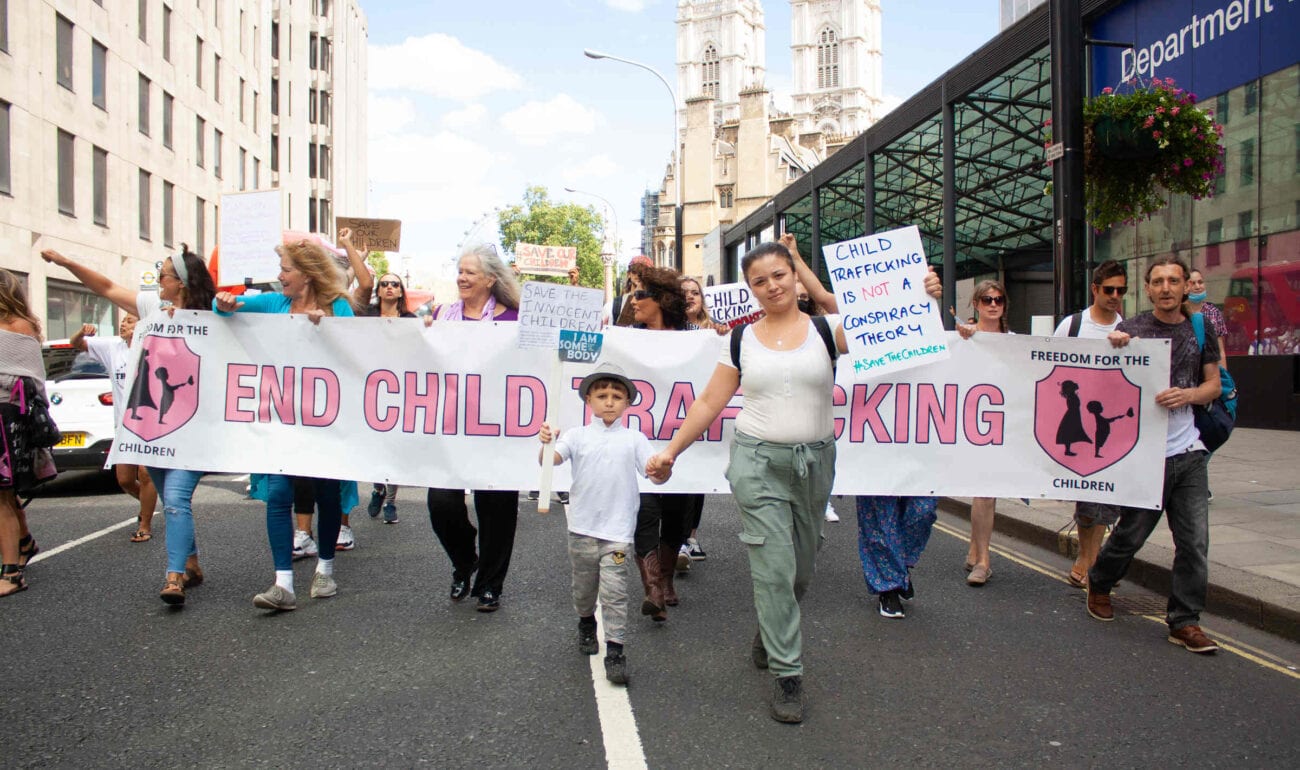 The last Prince Andrew interview didn’t go so well for the royal. The interview with the BBC only caused public outrage after Prince Andrew glossed over his friendship with Jeffrey Epstein and vehemently denied being part of the disgraced financier’s sex-trafficking scandal.

Since then, Prince Andrew has kept himself out of the public eye, stepping down from royal duties and taking advantage of the quarantine to remain largely indoors. But the public hadn’t forgotten the claims made by Epstein victim Virginia Roberts Giuffre that she was trafficked to Prince Andrew when she was just seventeen. 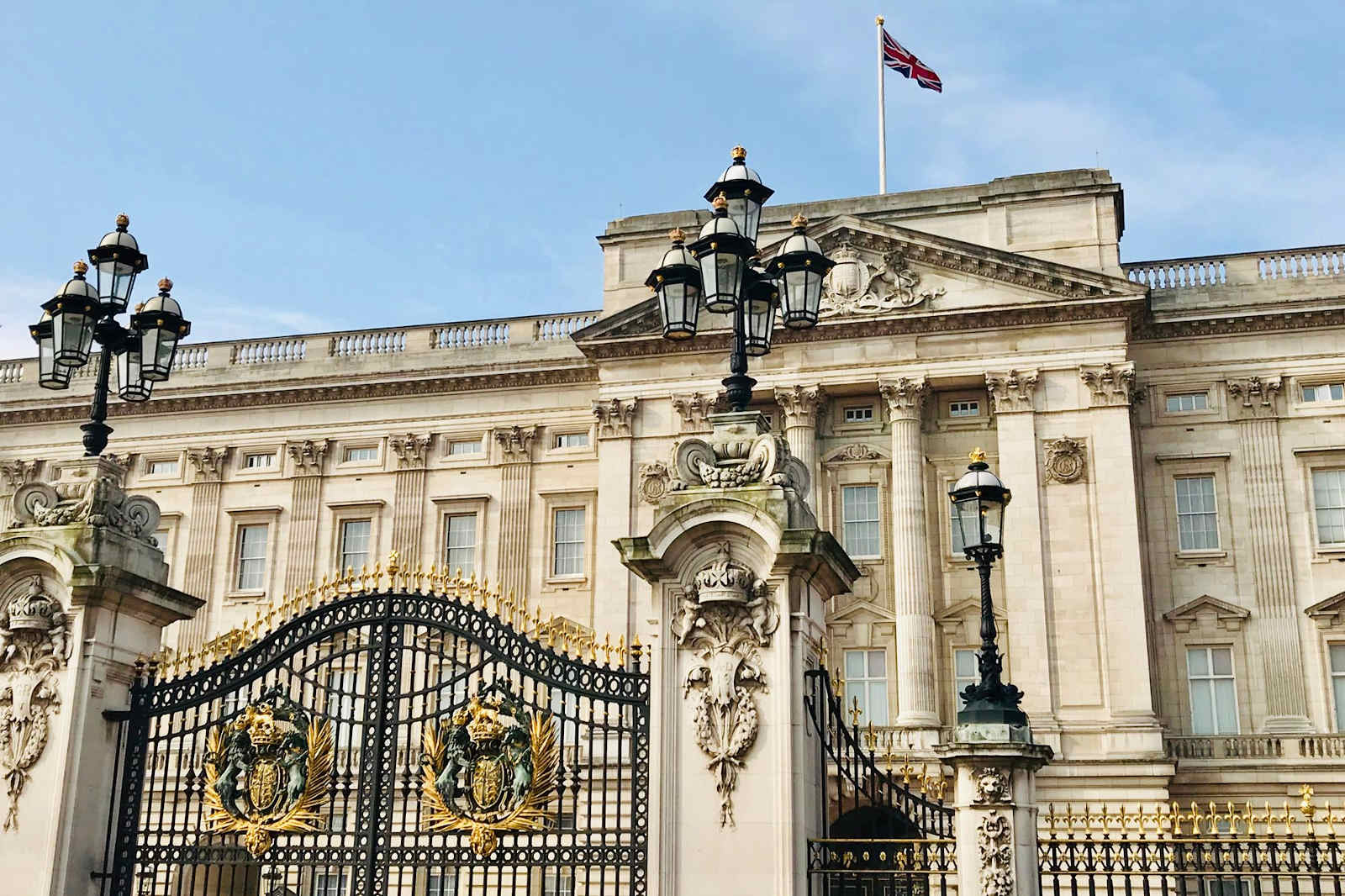 Protesters at the palace

On August 22, London protesters joined demonstrations in Manchester & Liverpool, organized by a group known as Freedom for the Children UK. The purpose of the group’s protests was intended to “bring awareness to the current reality of child exploitation within our own communities and around the world.”

The London group of protesters marched from the London Eye to Westminster, with one smaller group breaking off and heading towards Buckingham Palace. The protesters bore signs that read “Prince Andrew we just wanna talk”, “Why does the Queen knight so many pedophiles?”, and “Why is Andrew still free?”.

One of the signs noted that a small handful of public figures knighted by the Queen were exposed as pedophiles or sexual predators, including Jimmy Savile & Cyril Smith. The protesters outside of Buckingham Palace also kept up a chant of “Pedophile! Pedophile!” while holding up their signs. 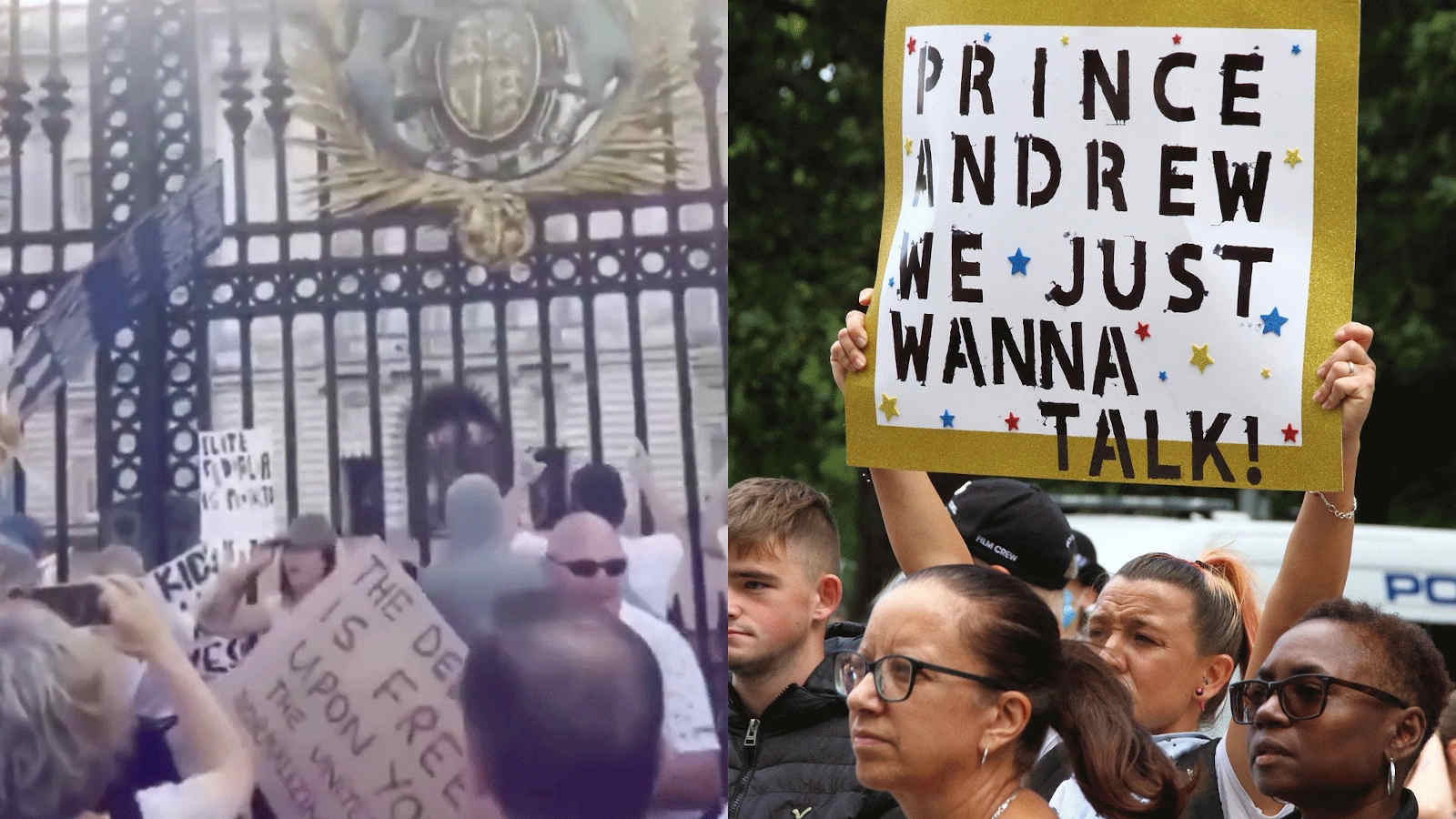 A mission for awareness

The mission of the Freedom for the Children UK group is stated on their Facebook page as, “. . . to encourage our judiciary systems to provide proper representation to survivors who have been impacted by child exploitation, and to serve maximum sentencing to perpetrators of this issue.”

2017 statistics state that one in four victims of modern slavery worldwide are children and nearly half of potential victims of trafficking are under eighteen.

While Freedom for the Children UK has explicitly stated their cause is apolitical and welcoming to all creeds & colors, child trafficking is also a cause upheld by many far-right groups, accusing minorities of sexual misconduct. At the Saturday protest, a few outliers held up signs reading #PizzaGate, a debunked conspiracy that accuses the members of the U.S. Democratic Party of being involved in child sex-trafficking rings. 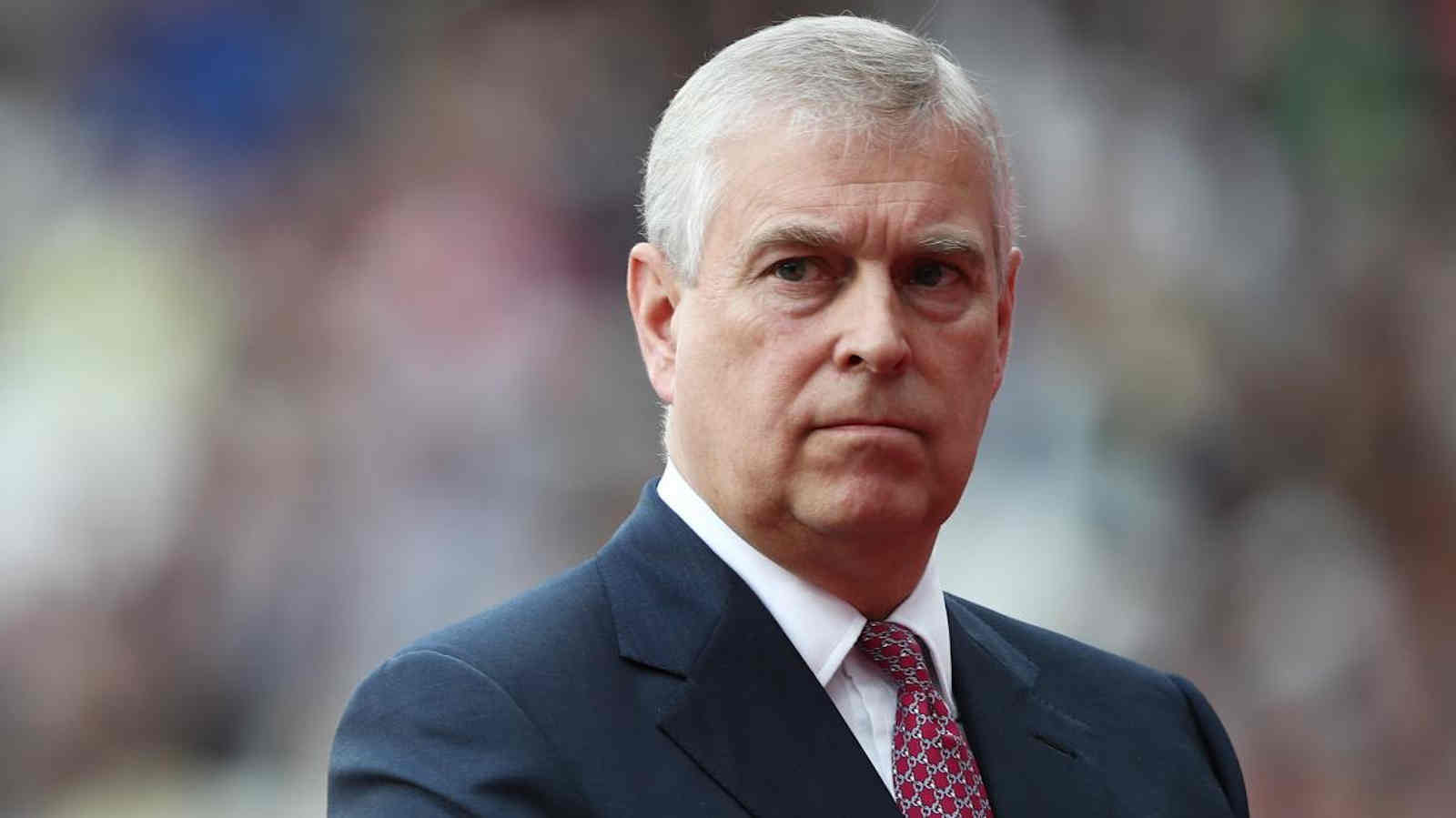 A prince among predators

The protests specifically targeted Prince Andrew due to the royal’s friendship with Jeffrey Epstein. U.S. prosecutors have asked for Prince Andrew for an interview for their inquiries into the Epstein scandal. While Buckingham Palace has reported the Duke of York offered his assistance at least three times this year, U.S. prosecutors have stated they’ve had “zero cooperation” from the royal. 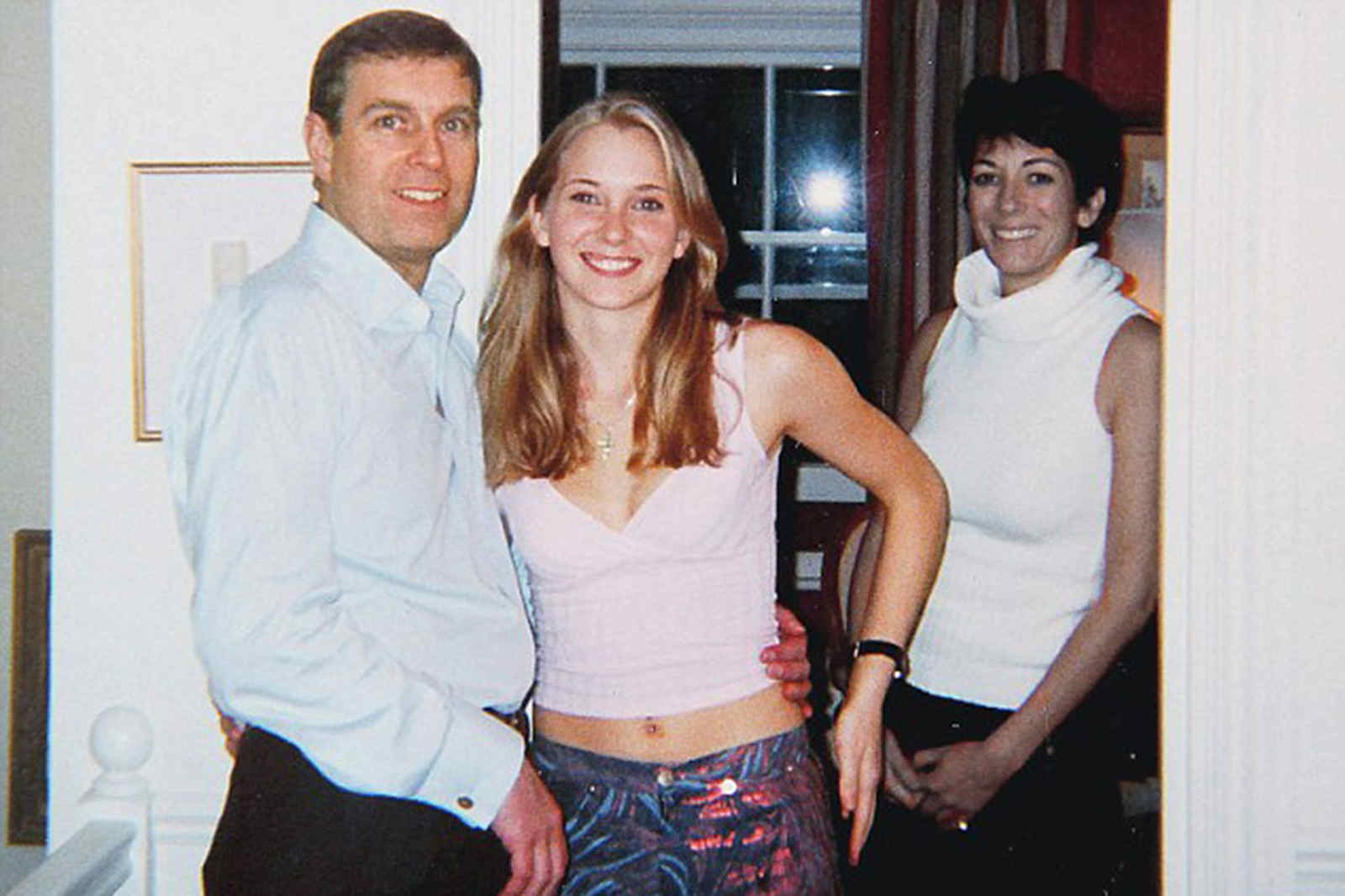 Giuffre recently took to Twitter, writing, “All the evidence you could poke a stick [at] and yet the justice system defends a known predator who just happens to be a prince, anyone else would be thrown into jail.”

Giuffre also called on the British public to “not accept” what happened to her and to stand beside her adding, “He knew I had no choice- he knew I was being trafficked- gifted to him. Nothing’s all right. Running out of hope.”