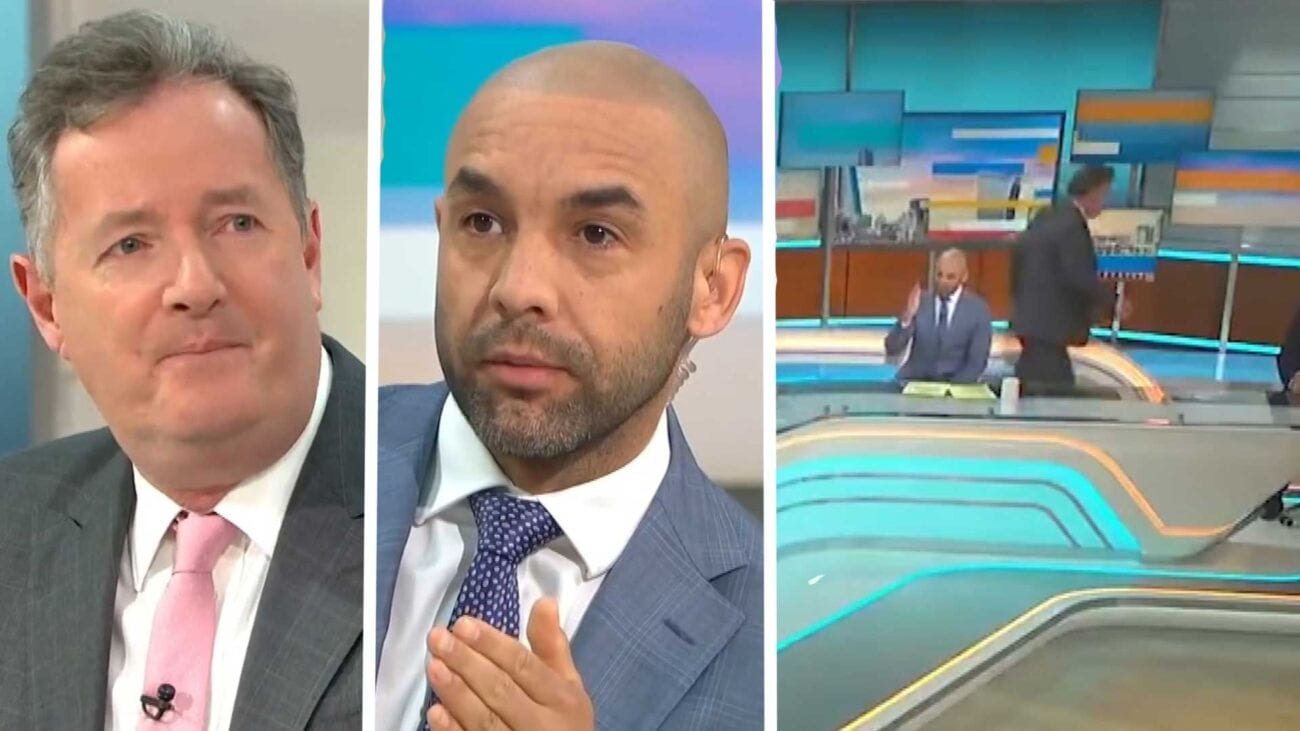 Getting Piers Morgan off the air might’ve been the most impressive accomplishment stemming from Oprah Winfrey’s interview with Prince Harry & Meghan Markle. Morgan stormed off the set of Good Morning Britain on Tuesday, after a heated exchange with weatherman Alex Bereford regarding the Duchess of Sussex. That hasty exit ended up being the controversial TV personality’s last action on the show.

Twitter is aflutter with reactions to Piers Morgan tantrum-turned-resignation, including posts from Bereford and also from Morgan himself. Let’s take a look at the landscape on Twitter-land and see what’s what.

Let’s start with Alex Bereford, who took to Twitter to try to calm things down regarding the Piers Morgan fiasco. When the two clashed in Good Morning Britain, it got ugly. After Morgan walked out of the show, Bereford called his behavior “pathetic” and “absolutely diabolical”. Yikes.

Piers Morgan’s exit was a response to Bereford taking him to task over his apparent obsession with Meghan Markle – and how it seemed to fuel Morgan’s constant negative comments about the Duchess of Sussex. Furthermore, Bereford brought up Morgan’s past friendly relationship with Meghan, which seemed to end abruptly after she met Prince Harry. Again, yikes.

Bereford’s Twitter post seemed like it was aiming to be conciliatory without backing down from what he said to Piers Morgan. The weatherman said he had hoped to reach a place of understanding with Morgan, but now they’d just have to agree to disagree. Bereford also said he never intended for Piers Morgan to leave Good Morning Britain, and expressed gratefulness for Morgan’s past advice & support. 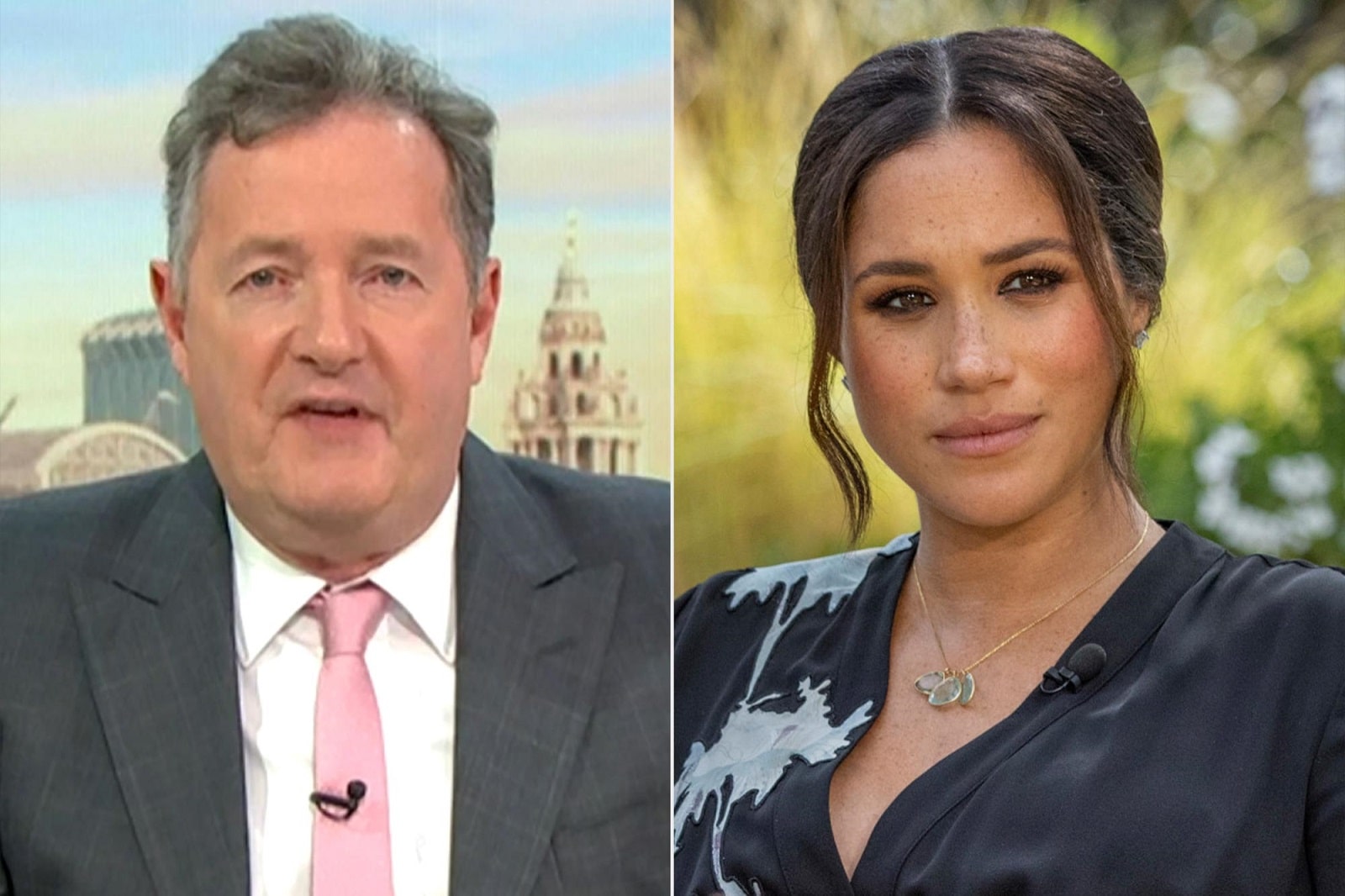 Twitter’s reaction to the Piers Morgan debacle is a perfect snapshot of how torn apart the platform (the world!) is when it comes to issues of race, #CancelCulture, and, of course, the royal family. A quick look through the top tweets shows as many users supporting Morgan’s behavior as there are users condemning it. Unsurprisingly, there’s name-calling & indignation on both sides.

On one end, you have Piers Morgan fans using Twitter to promote an online petition to get him back on Good Morning Britain. These are also people who are generally against Meghan Markle and agree with Morgan when he says she’s a liar. They also seem to share a distaste for what they call “woke culture” and seem pretty certain that Good Morning Britain will tank without Piers Morgan.

Across the Twitter aisle we have people who are ecstatic that Piers Morgan is no longer part of Good Morning Britain. They see his exit from the show as a triumph against racism, transphobia, and overall toxic behavior. This group also seems eager to bestow a fate similar to Morgan’s to another controversial conservative figure: Tucker Carlson. Is Tucker Carlson the American version of Piers Morgan? Hmm.

I won’t be going back, but thanks to everyone who has signed these petitions. Normally, people start petitions to have me fired or deported, so this is a pleasant surprise. https://t.co/jhqt9VbNDN

So what about the man at the center of the controversy? Well, in addition to being pleasantly surprised by the petition circulating on Twitter, Piers Morgan has expressed no desire to return to Good Morning Britain. He’s also indicated he stands by everything he’s said about Meghan Markle. Oh, and he’s happy that the day he stormed off the show became the first time GMB beat BBC Breakfast in ratings.

On Thursday, Piers Morgan took to Twitter for an odd celebratory post: “I had one goal when I joined @GMB – beat @BBCBreakfast in the ratings. On my last day, we did it.” The previous day he’d shared other words about his exit with reporters in Britain: “If I have to fall on my sword for expressing an honestly held opinion about Meghan Markle and . . . that interview, so be it.”

“So be it” might be an oversimplification of the matter. Ofcom, the regulatory agency for broadcast communications in the UK, announced they’ve launched an investigation after receiving more than 41,000 complaints about Piers Morgan’s comments about Meghan Markle & mental health. That happened on Monday – before the interview had even aired in Britain and before Morgan’s exit from GMB.

What are your thoughts on Piers Morgan’s resignation from Good Morning Britain? Good riddance or a shameful casualty of cancel culture? Let us know in the comments!