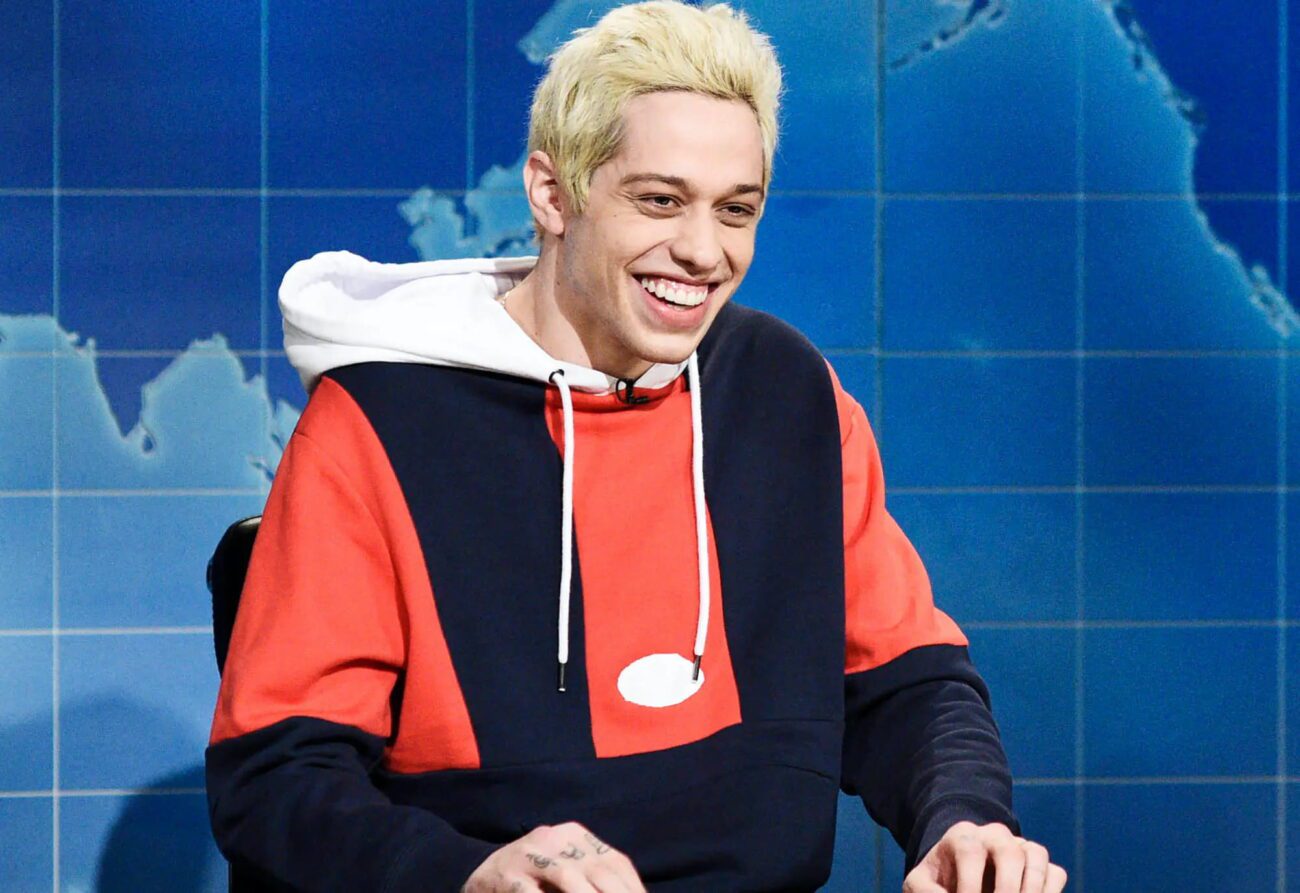 Once a rookie on Saturday Night Live and now a household name, Pete Davidson is now officially leaving SNL for good. Yet, the big question remains: was Pete Davidson ready to go, or was he pushed out? Davidson has had some mixed publicity recently (we all know about the Pete vs. Kanye showdown), but could this have affected his role in SNL?

Well, after eight years with the NBC sketch comedy series it seems that Pete Davidson had definitely served his time with the show. Not long after news broke of his dismissal, it was revealed that his costars Kate McKinnon, Aidy Bryant, and Kyle Mooney would also be leaving SNL.

Well, after some revealing interviews, it seems that Pete Davidson was definitely more than ready to exit the comedy show. With his fame at an all-time high, it’s no wonder why he would pass on the contract renewal. What made Davidson so eager to leave? Find out all the details here: 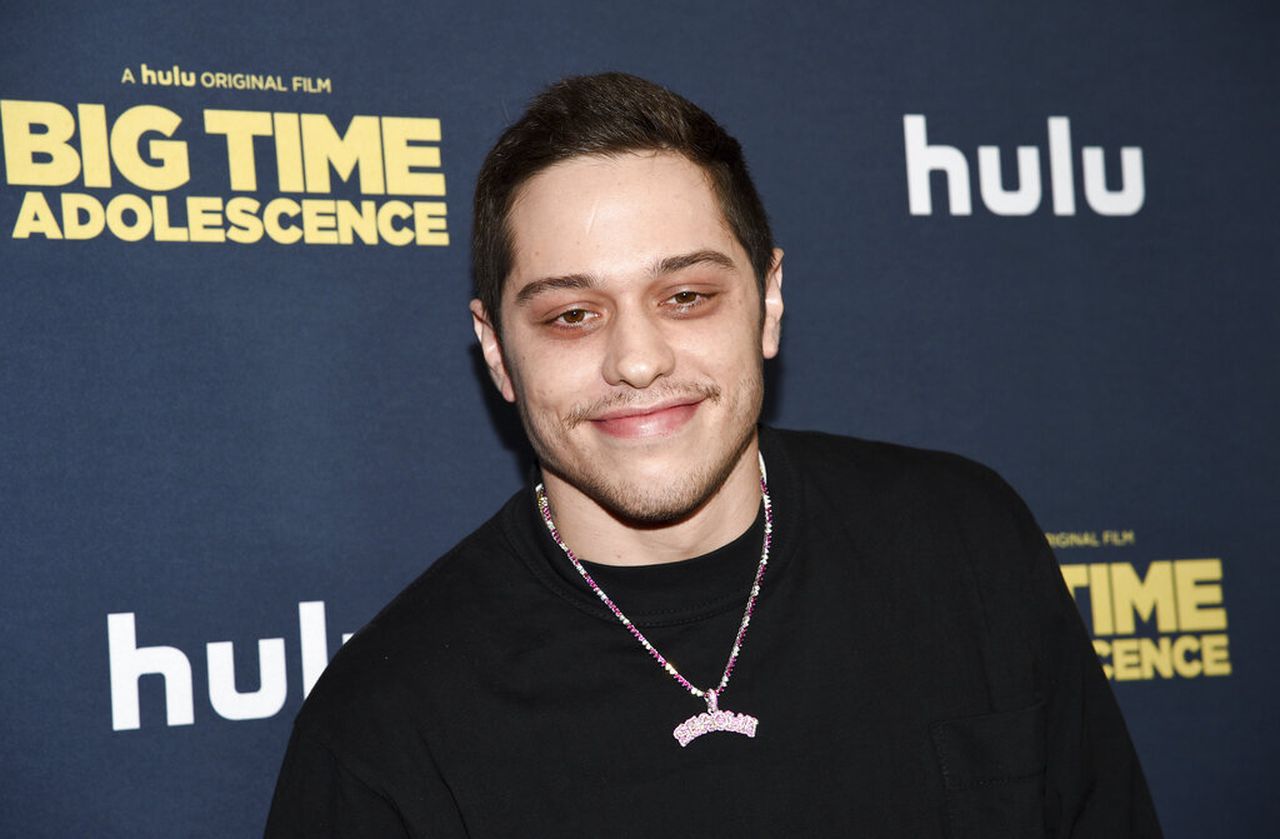 Davidson wanted out ever since 2020

In actuality, the comedian has been fairly open about his desire to quit SNL for quite some time (two years, in fact). In an interview with Charlamagne Tha God, Pete Davidson confessed his discontent with the series and how he was ready to move on.

In the 2020 interview, he said, “I have conversations with a lot of people [about leaving]. It’s a hard thing to do, because you don’t want to ever pull the trigger too early. Everybody’s always been like, ‘You’ll know when you know and it’ll all be all right.’”

It was at this time that Davidson admitted that he felt he was becoming the center of the gags on SNL. It never feels good to continuously be the butt of the joke. 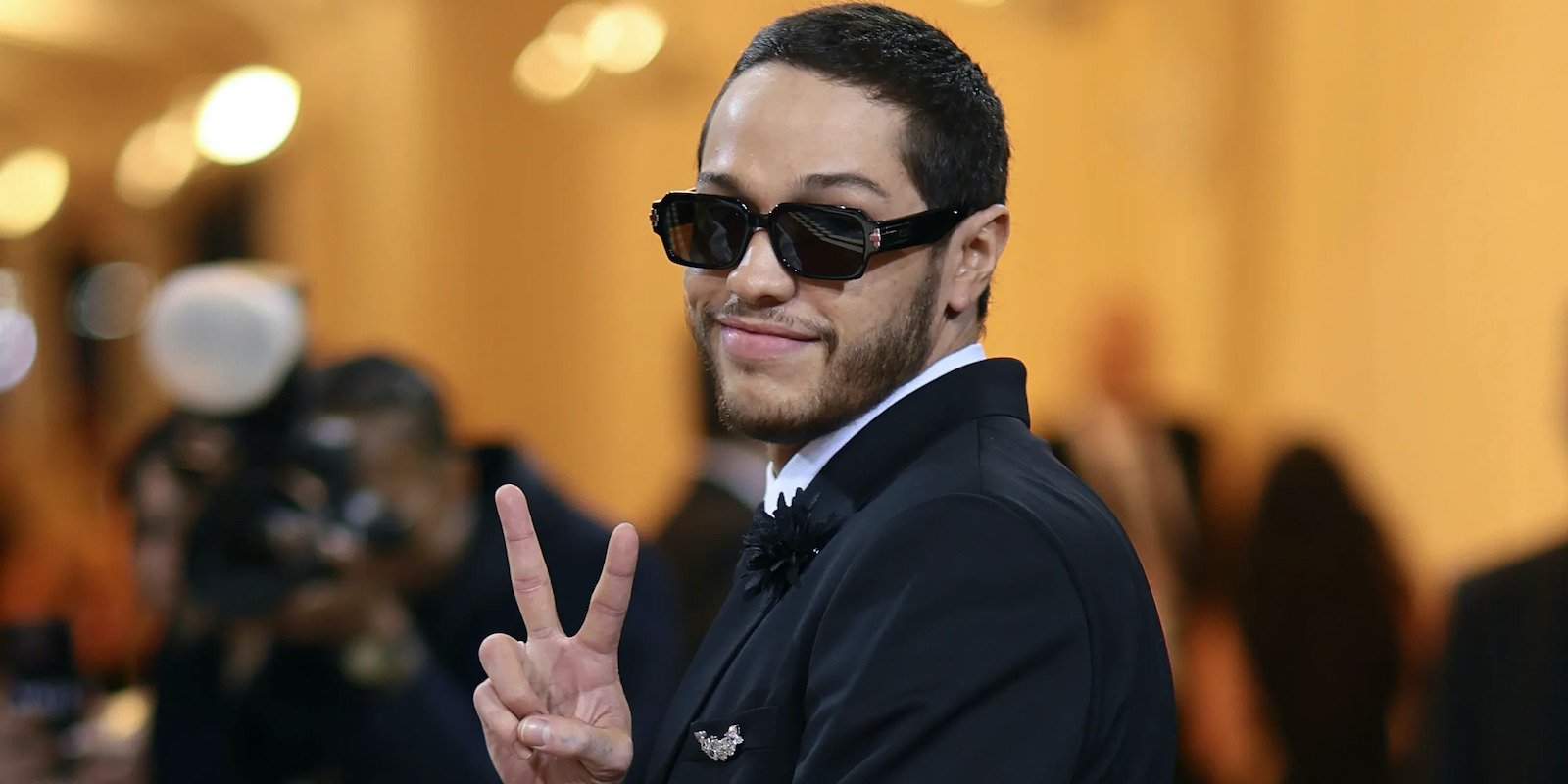 “Here’s the thing: I personally think that I should be done with that show, because they make fun of me on it,” Davidson explained. “I get it, but I’m like, cold-open, political punchlines. I’m like, ‘Weekend Update’ jokes. When I’m not there, they’ll be like, ‘Ha ha ha, Pete’s a f***ing jerk-face.’ And you’re like, ‘Whose side are you on?’”

“I have a weird feeling in that building where I don’t know whose team they’re playing for, really,” he revealed. “If I’m the joke or I’m in on the joke.” 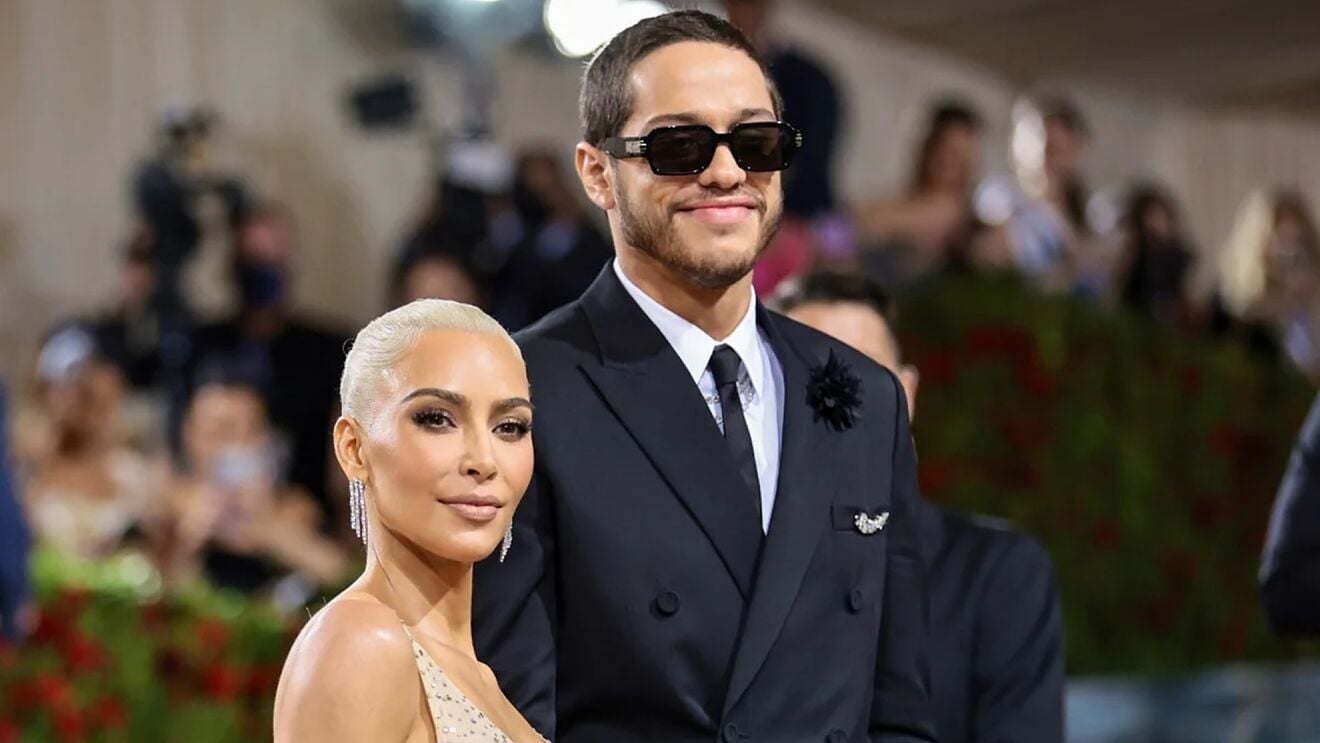 Well, it’s widely known that the NBC live show is what brought Hollywood’s current it-couple together, Pete Davidson & Kim Kardashian. The reality star hosted SNL back in October 2021 where she described feeling a spark with the comedian. The two celebrities definitely felt the chemistry when they starred in a sketch as Jasmine & Aladdin

“When we kissed, I was just like, ‘Hmm!’” Kardashian confessed on the Not Skinny but Not Fat podcast in April.

“It was a stage kiss, but it was still like, a little zing. It wasn’t anything like a super, crazy feeling. I was just like, ‘Hmm,’ and then I was like, ‘Wow, I really haven’t kissed anyone else in 10 years, so maybe I’m just like being stupid and it’s just nothing and it’s just a stage kiss.’” 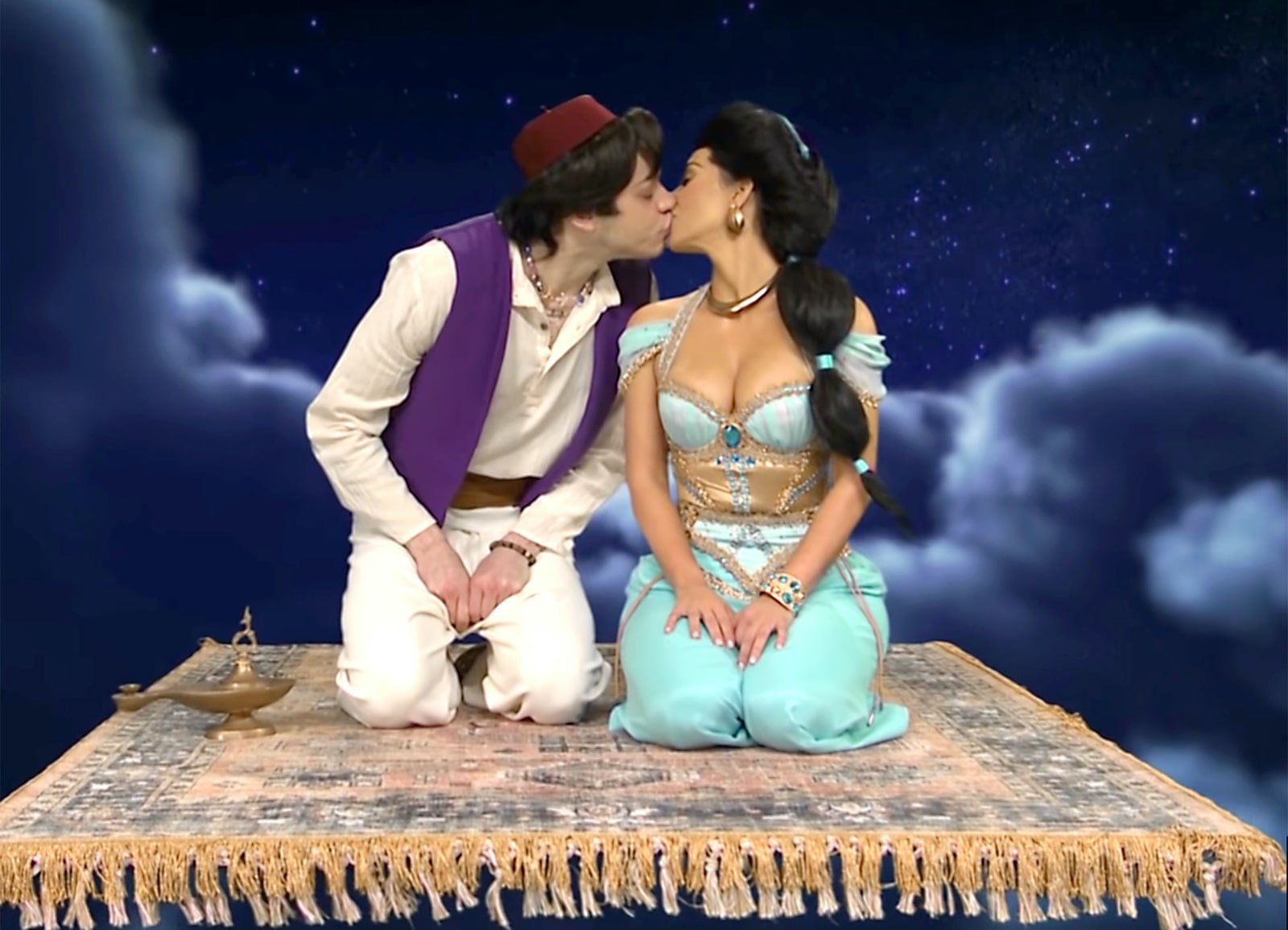 Now, the couple is still going strong and many are wondering if Pete Davidson will be moving to Los Angeles after walking away from SNL. All signs point to the couple moving in together but only time will tell what the future holds for this headline-making pair.

Why do you think Pete Davidson decided to leave Saturday Night Live? Will Davidson & Kim Kardashian be a long-lasting couple, or is this just another of the reality star’s romantic flings? Let us know your thoughts in the comments below!