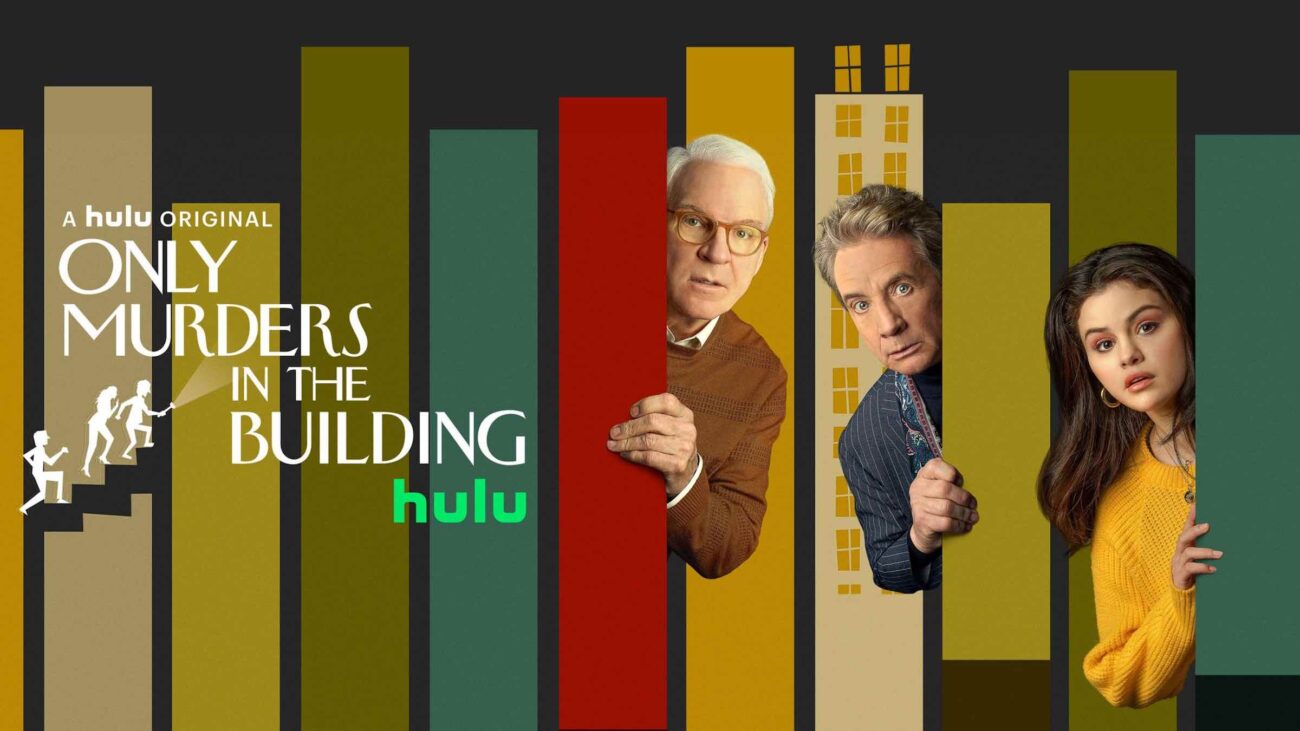 One of the most talked-about television shows to be released in 2021 was Hulu’s Only Murders in the Building. In addition to its riveting comedic whodunnit, this series features a stellar principal cast, including Steve Martin, Selena Gomez, and Martin Short. Not only that, but the program includes guest appearances from the likes of Shirley MacLaine & Amy Schumer.

Only Murders in the Building’s first season showcased the cast’s ability to combine physical comedy with a meta-crime narrative. Additionally, Steve Martin & Martin Short show their experience as a comedy duo to play two curmudgeonly New Yorkers. Selena Gomez serves as the youthful counterpart to these two. What they all have in common is that they love a good mystery.

Charles (Martin), Oliver (Short), and Mabel’s (Gomez) love of true crime podcasts comes into play when someone in their apartment building is murdered. Charles, Oliver, and Mabel decide to solve the caper by creating their own true crime podcast. While the cast did figure out the mysteries of season one, like any good whodunnit, it ended on a cliffhanger.

What can we expect in season two?

At the end of Only Murders in the Building season one, Mabel admits that there are, “still a couple loose ends” to figure out. Pulling at the strands of these loose ends is inevitably where season two begins. Rebecca Nicholson of The Guardian says that season two is, “not as finely balanced as the first but still a lot of fun.”

The mystery of the Arconia (the name of the building) in season one was who killed Tim Kono (Julian Cihi)? The cast was able to solve this burning question, but just as they began to celebrate, they got a big twist. Mabel was found holding a blood-soaked knitting needle, standing over the body of soon-to-be former Arconia building president Bunny Folger (Jayne Houdyshell).

While Folger was described as a, “cranky old bitch,” there’s obviously a large amount of suspicion regarding her murder. As persons of interest in the case, the police tell Mabel, Oliver, and Charles that they mustn’t make a podcast about Bunny’s murder. However, the trio just can’t help themselves, and it doesn’t take long before they’re investigating again. 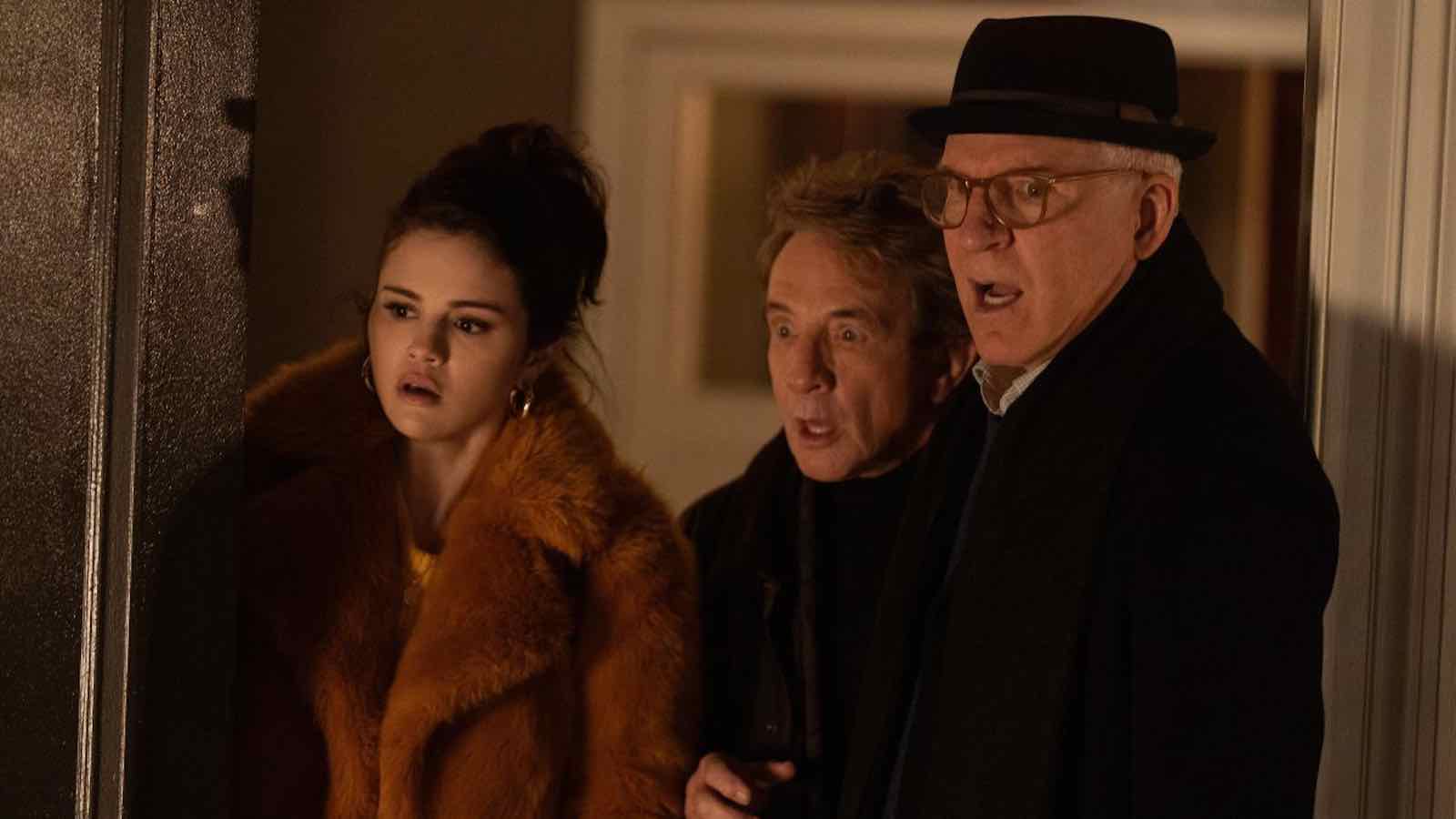 Only Murders in the Building season two surprisingly packs even more intrigue in than the first go-around. The investigation is more complicated this time, as Oliver, Charles, and Mabel are trying to solve a murder in which one of them is implicated. What’s more, season two doubles down on the meta aspects of the shows, expanding them to ridiculousness. 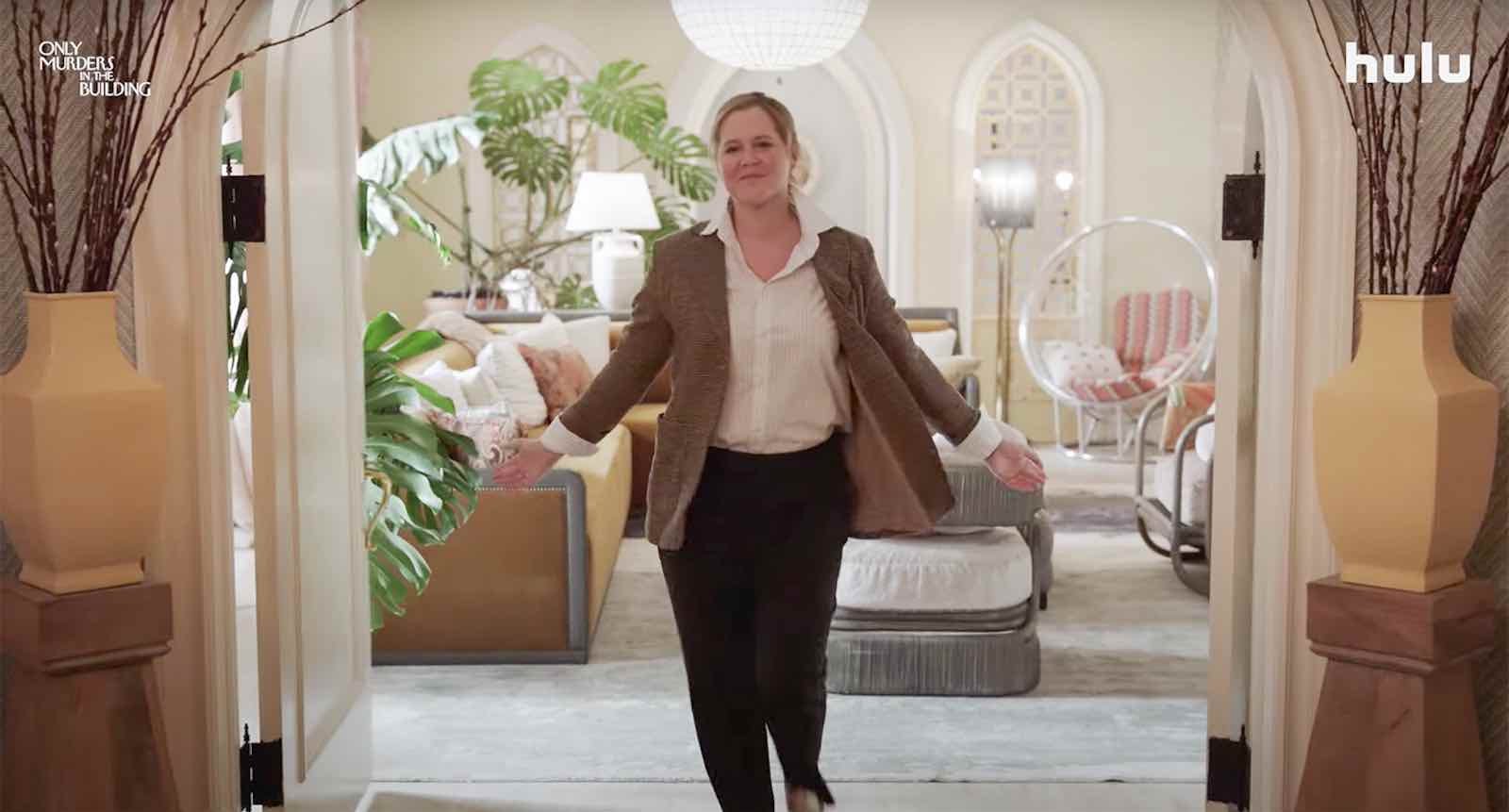 Only Murders in the Building season two brings back Cinda Canning (Tina Fey), who is making a podcast about Mabel, Oliver, and Charles called “Only Murderers in the Building.” Additionally, Amy Schumer appears as herself on the show living in Sting’s old apartment. She even conceptualizes a television adaptation of the original podcast.

Amy Schumer tells Oliver, “I wanna go full prestige.” Schumer’s idea isn’t the only TV show nested within the TV show. This season has flashbacks & period episodes as well. On the non-meta side of this season, we get to see the cast inhabit their characters away from the Arconia. This is essential to the character development of our main trio.

We see Charles get back into acting as we discover more about his family life. Martin Short delivers the same amount of narcissism to Oliver as in season one, but we find out more about his family as well. Mabel gets involved with the Bushwick art culture and starts seeing an imposter Englishwoman played by Cara Delevingne. 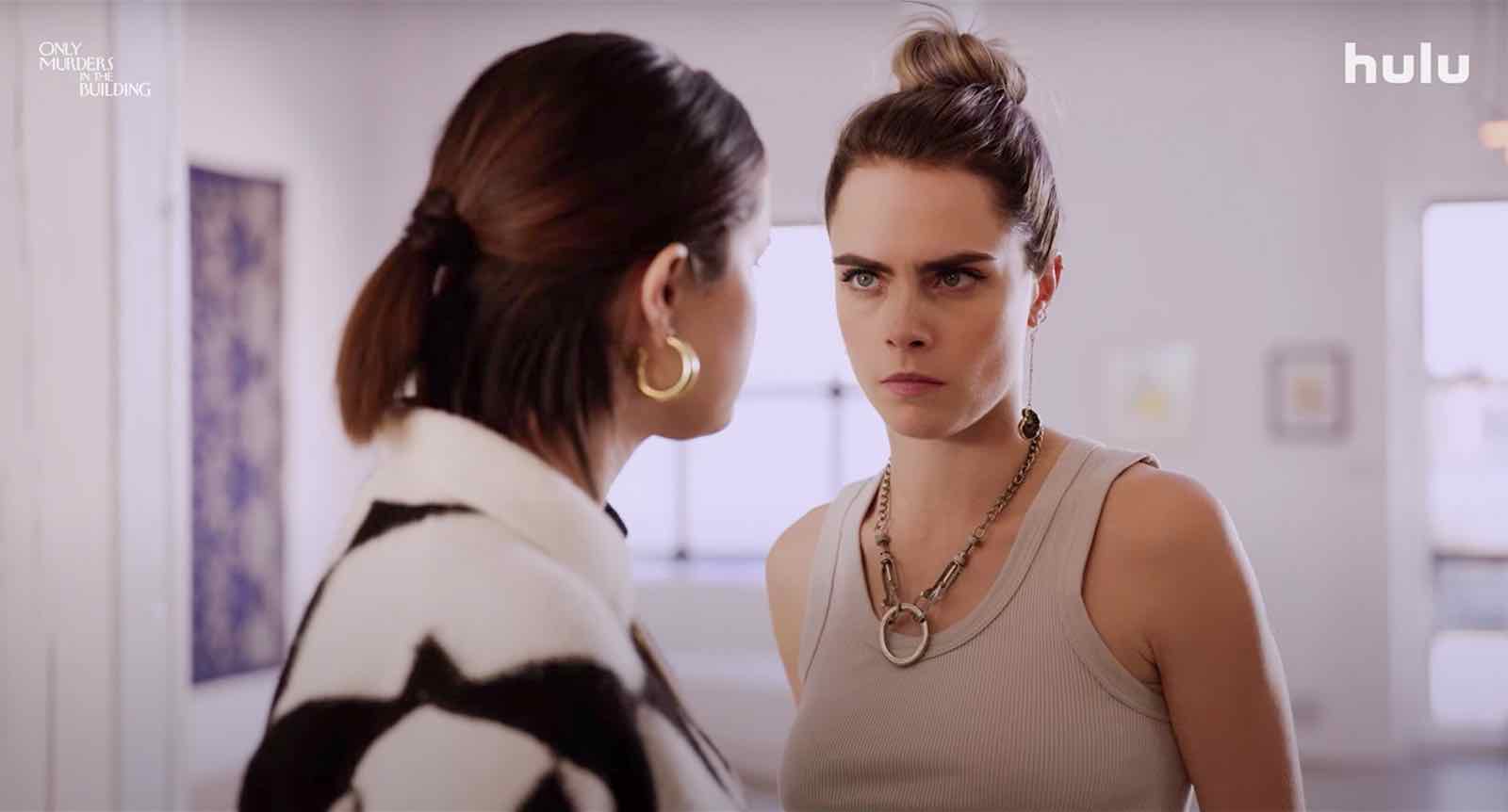 Delevingne, Fey, and Schumer aren’t the only guest stars on this season. The iconic Shirley MacLaine appears as a classy gal, and there are many more A-list appearances that we don’t want to spoil.

The first episode of Only Murders in the Building season two just dropped on Hulu. The terrific cast is back & better than ever, and the meta-level just keeps getting amped up. What’s your favorite new show? Let us know in the comment section! 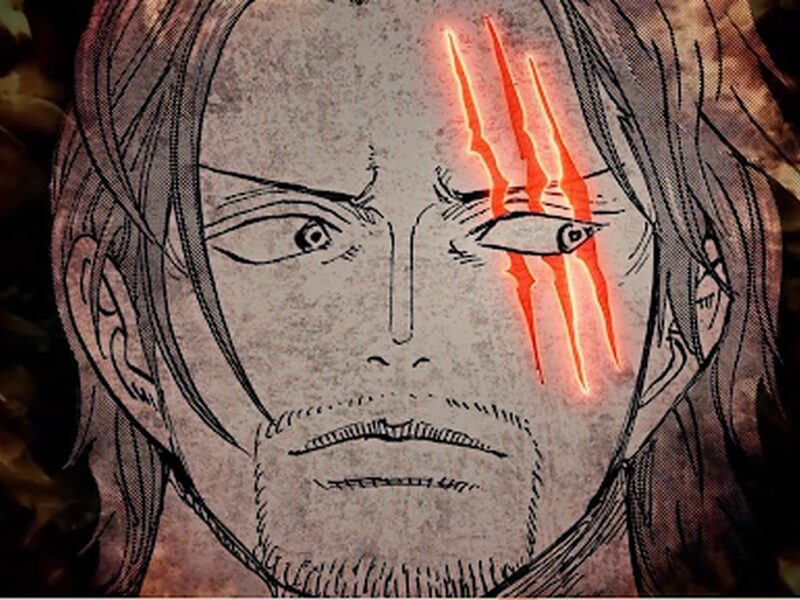 Where Can I Watch ‘One Piece: Red’ Free Online Streaming at Home