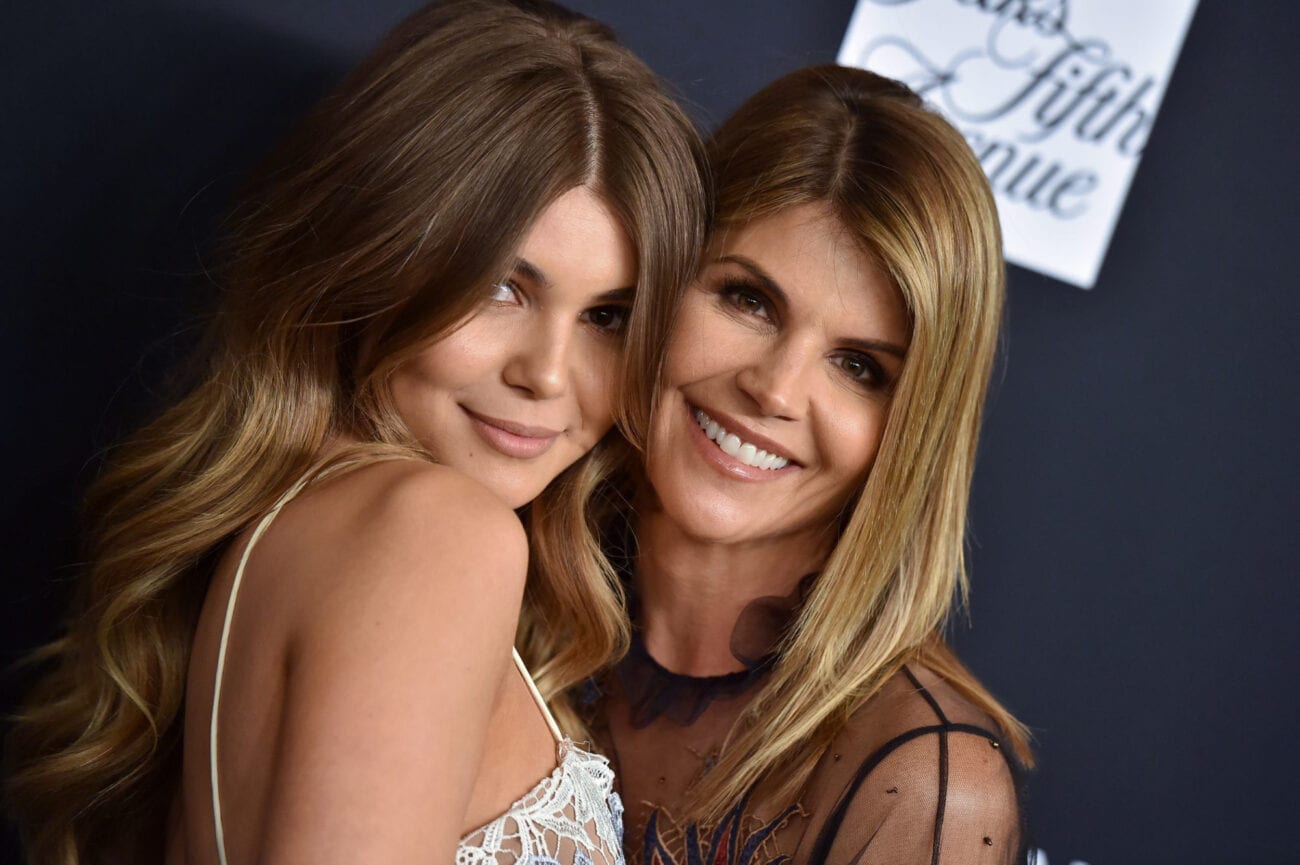 Olivia Jade spoke out on TikTok about Netflix’s new documentary Operation Varsity Blues, saying she felt “publically shamed” by her portrayal in the film. The movie follows the college admissions scandal, where over fifty wealthy parents, including CEOs and famous Hollywood stars, were charged with falsifying their kids’ records to get them into elite universities.

Two of the people charged & convicted were Olivia Jade’s parents, Full House star Lori Loughlin and her husband, fashion designer Mossimo Giannulli, who were accused by the FBI of fraudulently telling the University of Southern California their daughters, Olivia Jade & Bella, were members of the crew team. Loughlin was sentenced to three months in jail after taking a plea deal. Giannulli was sentenced to five.

Since her parents’ conviction & sentencing, Olivia Jade has faced backlash, losing sponsorships and having Sephora discontinue her makeup line. Now, she’s mad at her portrayal in Operation Varsity Blues. Let’s dive into why. 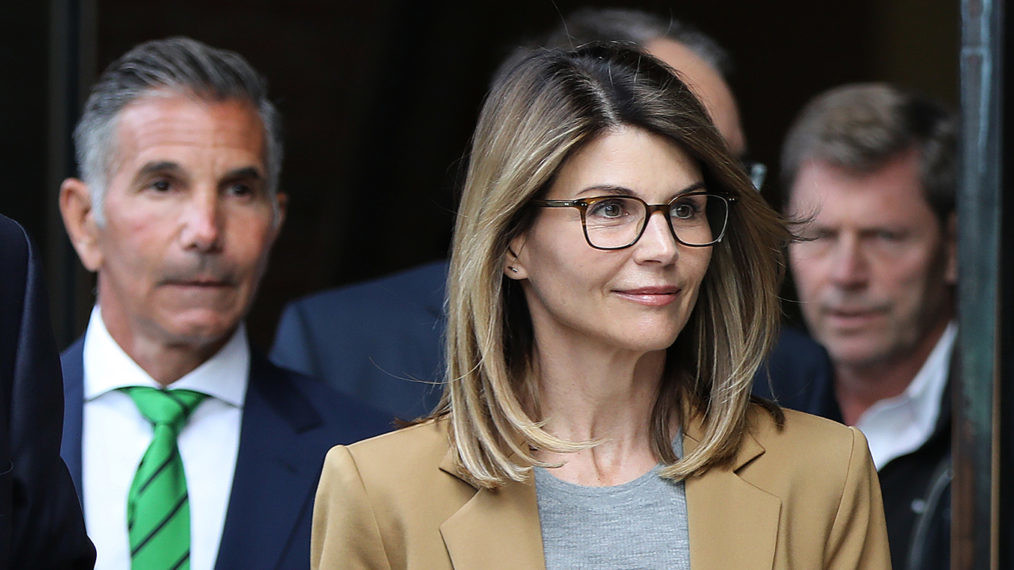 The Netflix documentary mainly follows the ringleader of the college admissions scandal: Rick Singer. Per Operation Varsity Blues, Rick Singer began as an honest college admissions coach, tutoring kids for the SATs and helping them write strong application essays. Then, along the way, he got greedy and started engineering what he called his “side door”.

Singer’s side door is described in Operation Varsity Blues as one of the three “entrances” or ways students can be admitted to prestigious colleges. The front door is getting in on merit alone, which has a slim chance of success at highly ranked schools. The “back door” has been used by the mega-rich since forever and often involves a donation to the school to the tune of eight or nine figures. 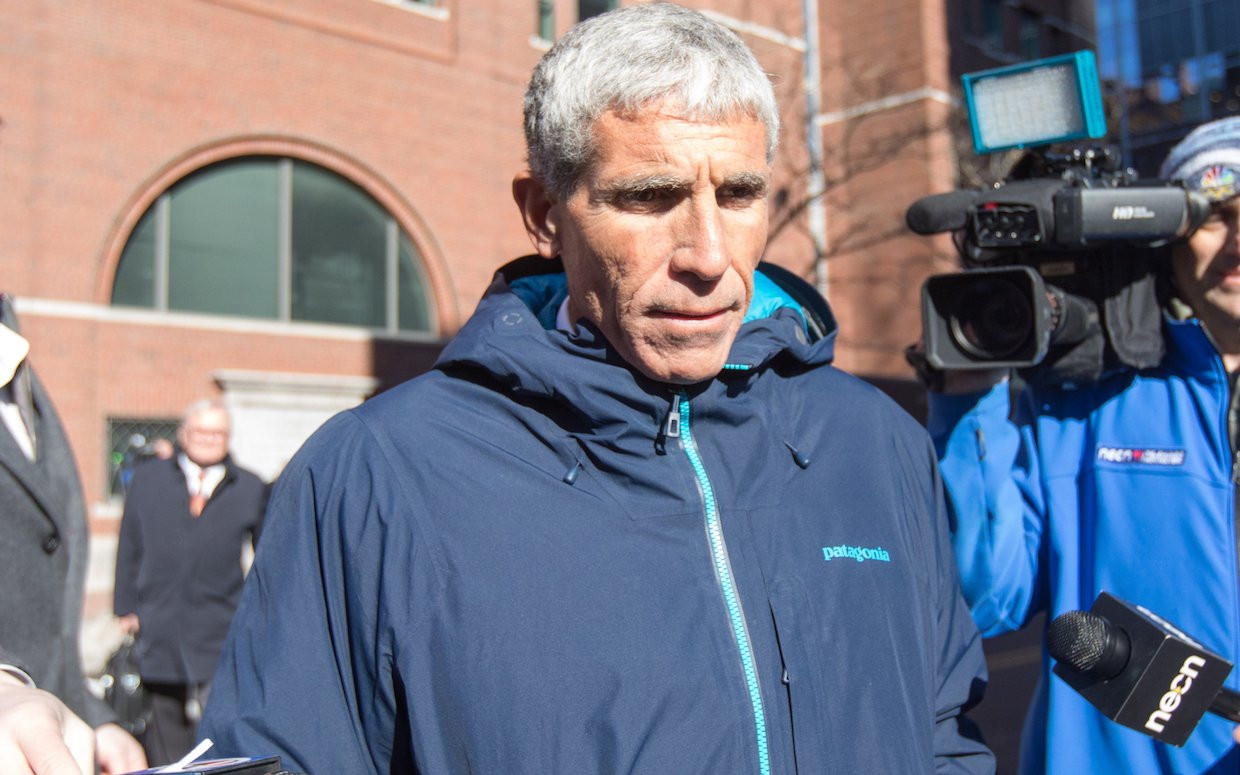 The “side door”, which is what Loughlin & Giannulli were convicted of using with Rick Singer to get Olivia Jade into USC, is a small donation to a small athletics team, and having a kid “play” for said athletics team. In Olivia Jade’s case, her parents said she was on the crew team when she hadn’t rowed for sport in her life. Singer created the side door through connections to small sports coaches and hefty donations from parents.

Operation Varsity Blues covered Olivia Jade, interviewing guidance counselors & classmates who thought Jade’s admission to USC on the basis of crew was fishy. However, other experts interviewed in the documentary blamed the university system, rather than the parents & kids, for creating an overblown urgency to get into a good school.

The documentary didn’t delve into how much Olivia Jade knew about what her parents were doing. However, they showed clips from Olivia Jade’s social media pages where she said she “wished she could drop out” of school, and a noticeable shift before her admission to USC. 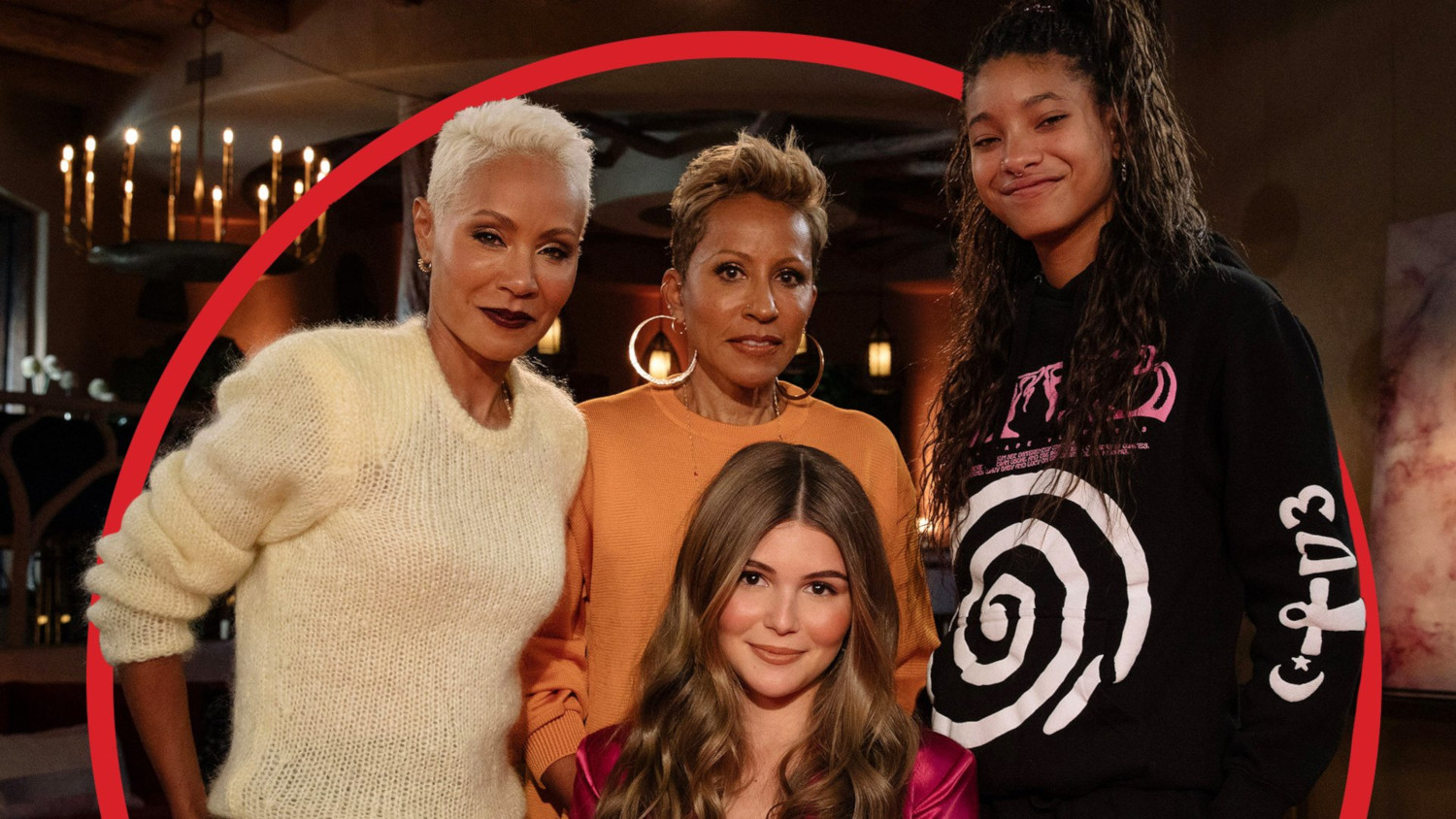 In an interview with Red Table Talk, Olivia Jade issued a public apology and sat for thirty minutes as Jada Pickett-Smith, her mother Adrienne Banfield Norris, and her daughter Willow called her out for her part in the scandal. While Olivia Jade wasn’t charged with a crime, according to Buzzfeed, the Smith women initially didn’t feel comfortable giving her a “redemption arc”.

“I feel like here we are, a white woman coming to Black women for support when we don’t get the same from them. Her being here is the epitome of white privilege to me.” Banfield-Norris said, detailing she fought the decision to host Olivia Jade on the show “tooth and nail”.

Olivia Jade admitted in the interview that she initially didn’t understand what was wrong with what her parents did. “I remember thinking, How are people mad about this? A lot of kids in that bubble, their parents were donating to schools and doing stuff that, like, so many advantages. It’s not fair and it’s not right, but it was happening. This was normal. But I didn’t realize at the time that was privilege.”

doesn’t matter if you’re drowning in 60 ft and I’m drowning in 30… were both still drowning. Love this message – have a beautiful day

Olivia Jade now released a TikTok where she claimed she was publicly shamed. She said she was having a conversation with an influential woman on being dragged through the mud by the media and this woman told her: “it doesn’t matter if you’re drowning in sixty feet of water and I’m drowning in thirty, we’re both still drowning.” Olivia Jade further detailed she thinks about this message every day. 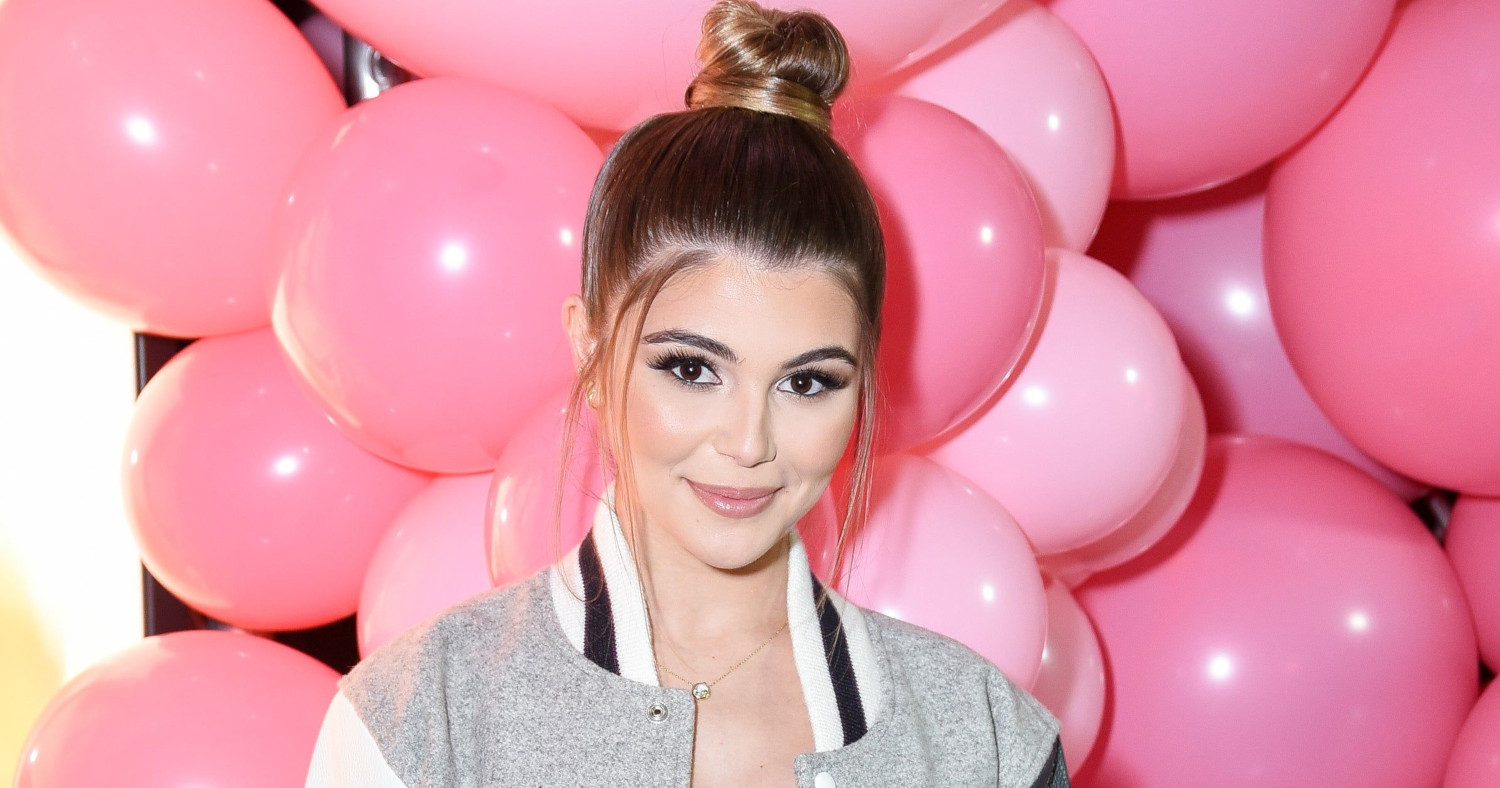 While she doesn’t mention Operation Varsity Blues by name, or the college admissions scandal, the comments section in her TikTok is having none of it. “Publically shamed or being held accountable?” One TikTok user wrote. “It’s more like you’re floating on water with a life vest and the other person who faces systemic racism and 1000 barriers is drowning.”

She had her defenders who said in the comments “she was trying to heal from a mistake” and we need to “move along”. Of course, Buzzfeed further pointed out the rowing jokes that ensued.

Do you think Olivia Jade still needs to learn from the college admissions scandal, or do you think she’s just trying to process and heal? Let us know in the comments!