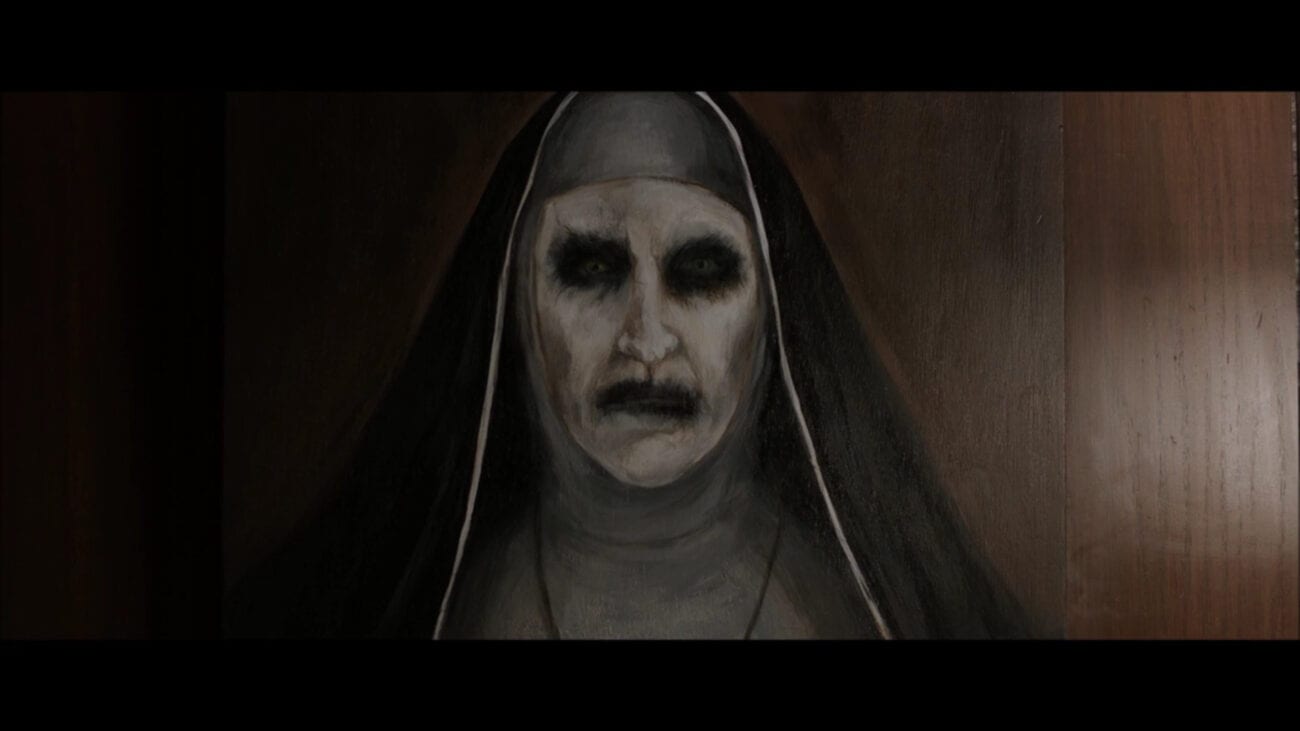 The Nun features a terrifying nun with razor-sharp teeth who haunts a Romanian abbey in the 1950s. A Catholic priest and a young novitiate, a nun in training, travel to the abbey to unravel the unholy mystery. The movie is a spinoff of The Conjuring 2 in which features the titular undead nun antagonizing Vera Farmiga’s character Lorraine Warren.

The experiences & files of demonologists Ed & Lorraine Warren have inspired countless movies including The Conjuring cinematic universe. The most recent entry The Conjuring: The Devil Made Me Do It was inspired by the trial of Arne Cheyenne Johnson. The Nun which serves as a prequel to The Conjuring & Annabelle films may also have been inspired by true events. 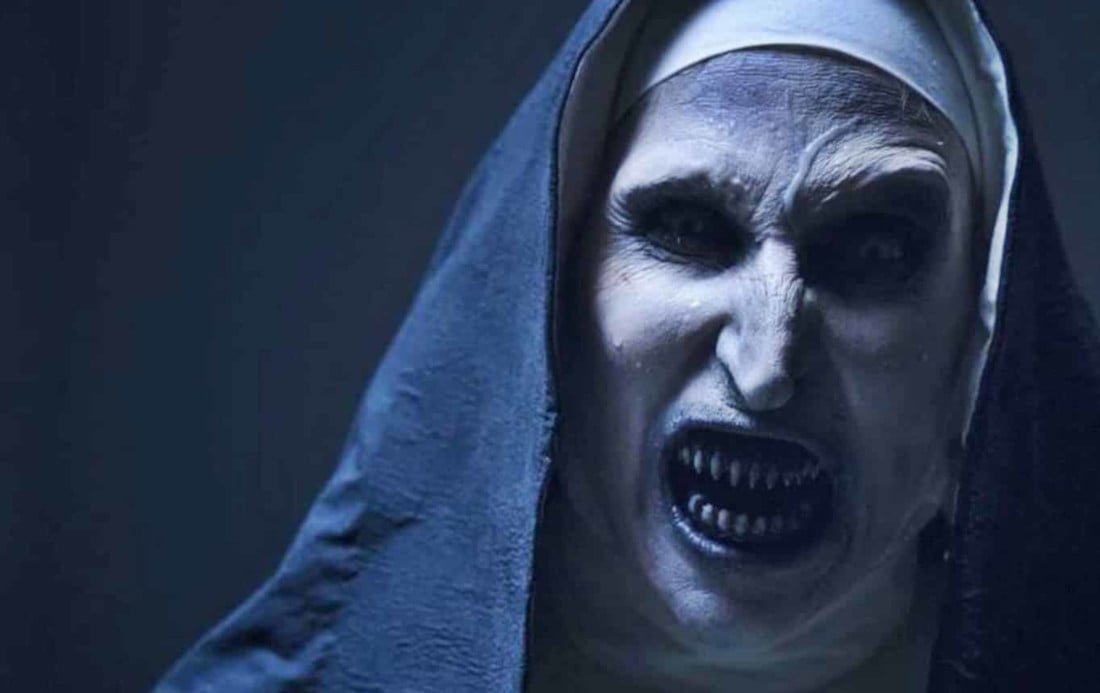 The Warrens’ son-in-law Tony Spera described an encounter with a spectral nun in Borley Church in the 1970s. Ed & Lorraine Warren were said to have visited the church after rumors of strange occurrences.

Some said that a headless monk left cryptic messages on the church walls. Others claimed to hear ghostly chanting or phantom organ music. There were also stories of a nun stalking the halls of Borley Church. A local legend suggested that a nun was buried alive in the walls of Borley Church after it was discovered that she had an affair with a monk.

The Warrens took 35mm infrared photographs inside the church at midnight. They claim the photos contain a monk reading a bible as well as the spectral form of a nun. Though the photos are quite blurry, Lorraine Warren claimed to have seen a black mass and that she “felt the presence of a nun in this church”. 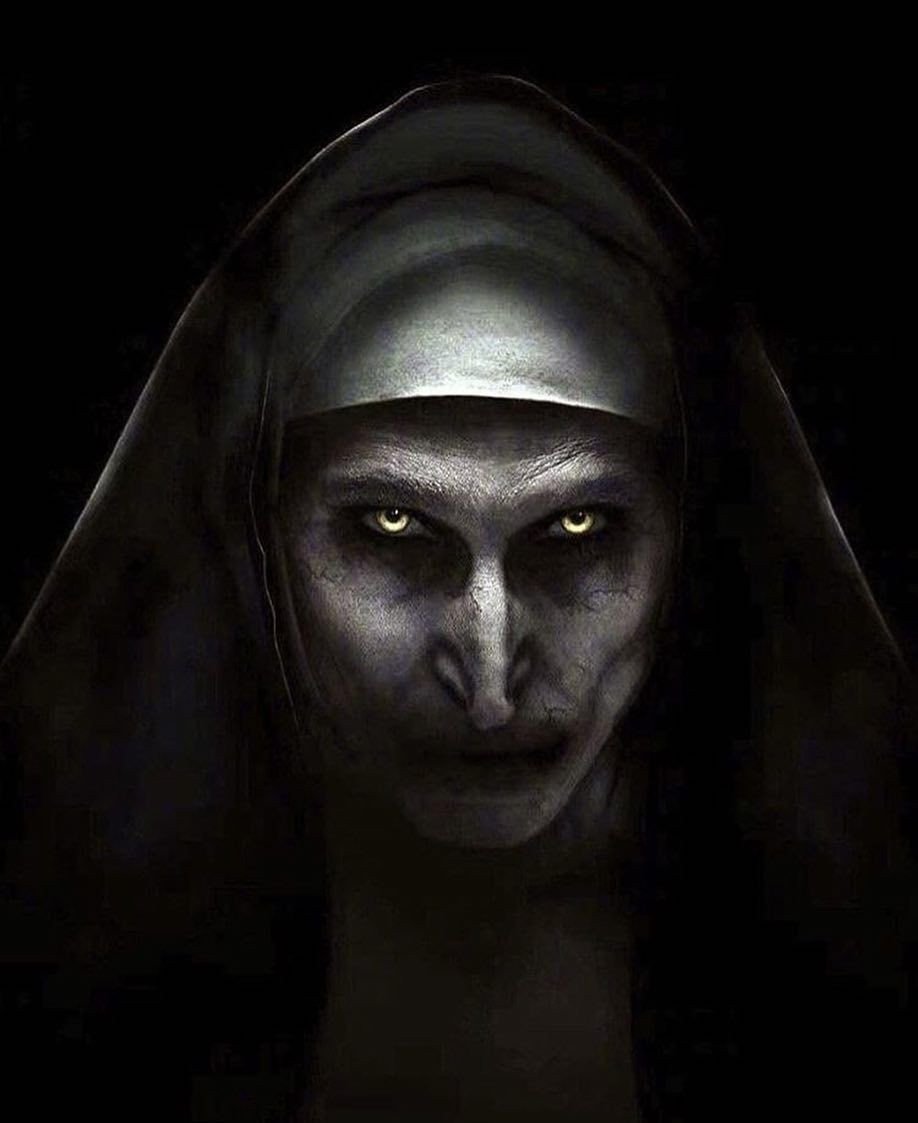 The great president of hell

The demon possessing the titular Nun in the movie is named Valak. Valak is mentioned in a 17th-century text called The Lesser Key of Solomon. In the book Valak is described as a child with angel wings who rides a two-headed dragon. Valak, also known as Valac, Ualac, and Volac, is said to command thirty legions of demons and have knowledge about hidden secrets.

The Lesser Key of Solomon is a grimoire about demonology. It contains the names & hierarchy of the demons in hell. It also describes the rituals that can be performed to invoke the demon’s powers. The books were written in the Middle Ages, but their source is reportedly from inside King Solomon’s Tomb which was said to be completed in 957 BC.

Horror fans may recall that King Paimon, a demon named in the grimoire, is also featured in the 2018 film Hereditary. Other demons mentioned in the books of The Lesser Key of Solomon have been used as antagonists in roleplaying games like Dungeons & Dragons. 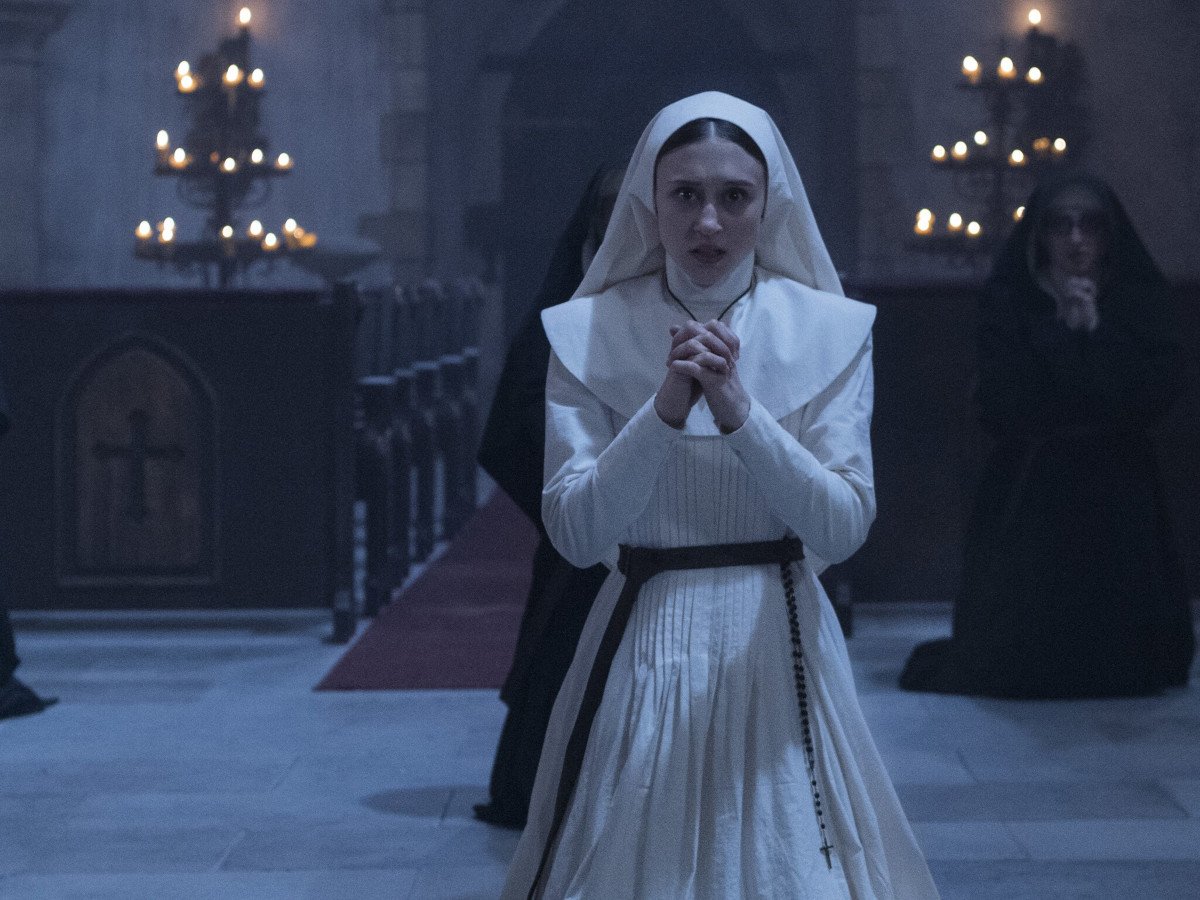 The Nun’s Valak bears very little resemblance to the demon described in The Lesser Key of Solomon. Valak, as defined in the book, has nothing to do with nuns specifically. Director James Wan said that the design of the villainous nun in the movie came from a conversation he had with Lorraine Warren. She claimed she saw a “black vortex” that was “blacker than night”.

Wan said his first thought after hearing the story was “oh crap, that’s going to be a CGI character”. After working to flesh out the story, the black vortex became the central villain of the movie and took on the nun’s habit.

Tony Spera claims that The Nun is loosely based on the experiences of the Warrens. He said, “I think Hollywood takes bits and pieces of different stories and puts them together.” He added, “They couldn’t just come up with [The Nun] out of the blue.”

Is The Nun for real or just another Hollywood creation? Do you believe in demons? Let us know in the comments below! 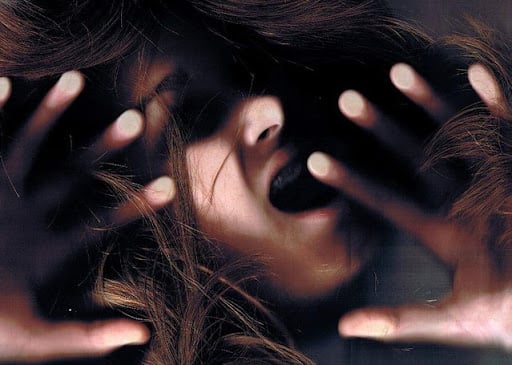