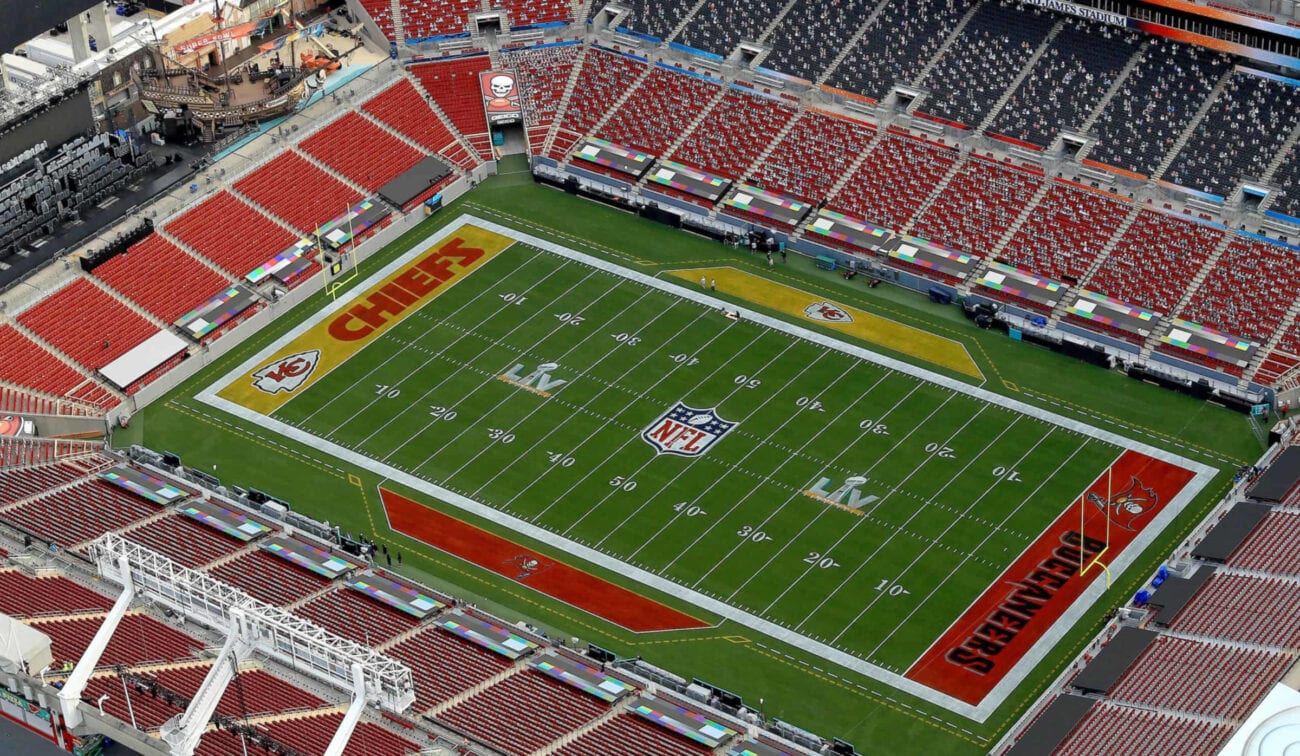 Not a football fan? Try these Super Bowl Sunday specials instead

Admit it . . . you never watched the Super Bowl on Sunday for the actual game. Whether your favorite team isn’t playing or you just hate sports, you only show up to Super Bowl Sunday parties for the commercials & food. And since most parties are out of the question this year, you probably have to order wings & dip and watch the game by your lonesome.

But do you? There could be a silver lining to Super Bowl Sunday this year for football haters and people who are “meh” about the Kansas City Chiefs & Tampa Bay Buccaneers (in case you didn’t know, these are the teams playing this year). Granted, you can nom on all the seven-layered dip you want, but if you don’t share a screen with football stans, you don’t actually have to watch the Super Bowl on Sunday.

Amid football fans screaming sacrilege at us, we can hear the cheers peppered in. So not-football fans: now that you get a year off from the Super Bowl on Sunday, what can you watch? Crack open a beer, order the pizza, and grab the remote because here are the Super Bowl Sunday specials that aren’t football related! 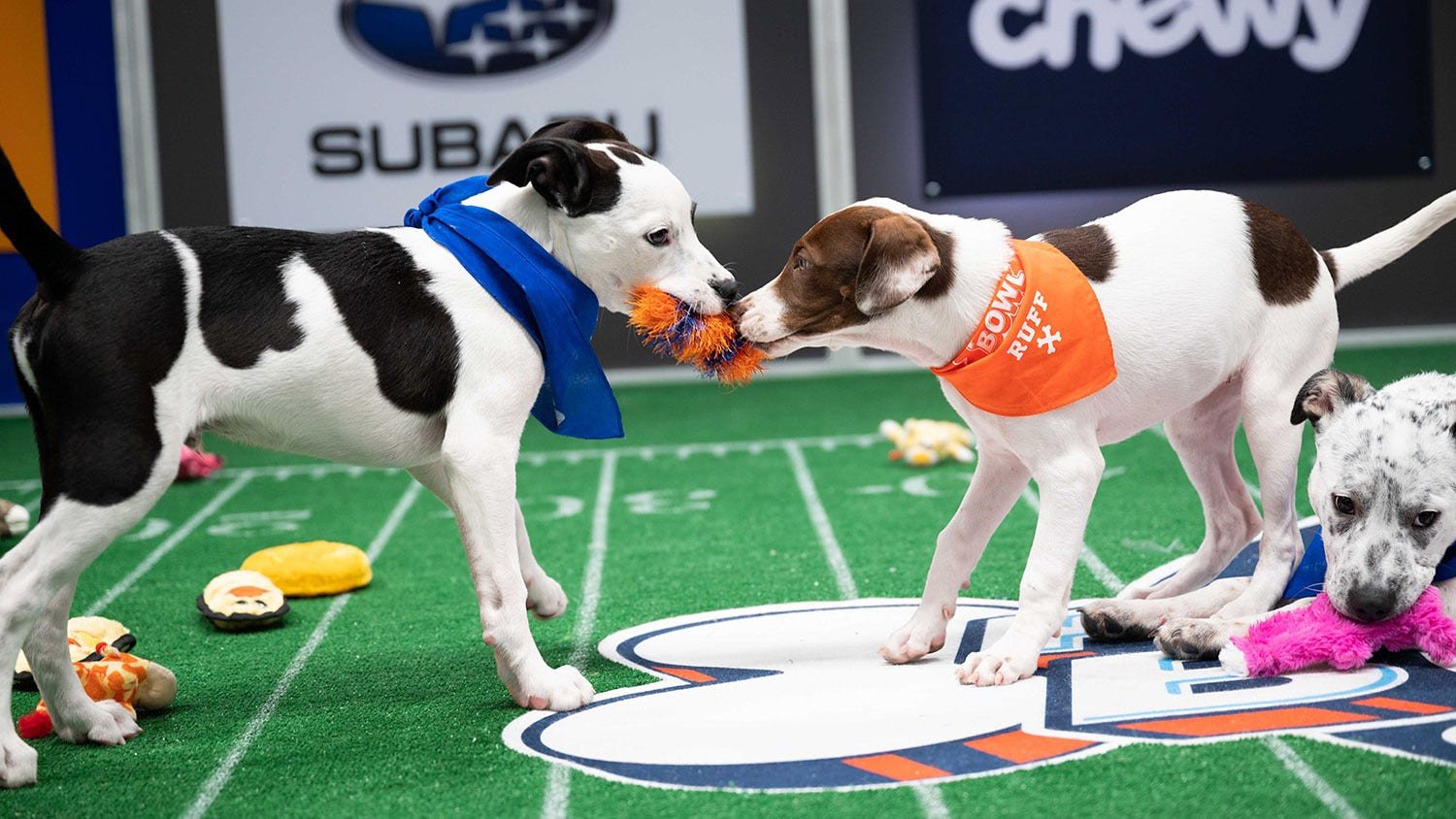 Even the staunchest football haters can’t resist the adorable little doggos in the Puppy Bowl. Hosted by Animal Planet for the seventeenth year in a row, Puppy Bowl XVII will air at 2:00 PM Sunday EST & 11:00 AM PST and will feature seventy adoptable dogs from shelters across the U.S.

Every year, the Puppy Bowl hosts the Pupularity Playoffs on Discovery.com & its social media affiliates, where viewers can most for the most “pupular” pup. According to Discovery’s website, we’re down to the finals, between Marshall, a Boston Terrier available for adoption from Green Dogs Unleashed in Virginia and Tank, a Rottweiler/Boxer mix from Charlie’s Crusaders Pet Rescue in Mississippi.

To see who wins the most “pupular”, Marshall or Tank, tune in before the Puppy Bowl on Sunday for a special pregame reveal on Sunday, 1:00 EST. 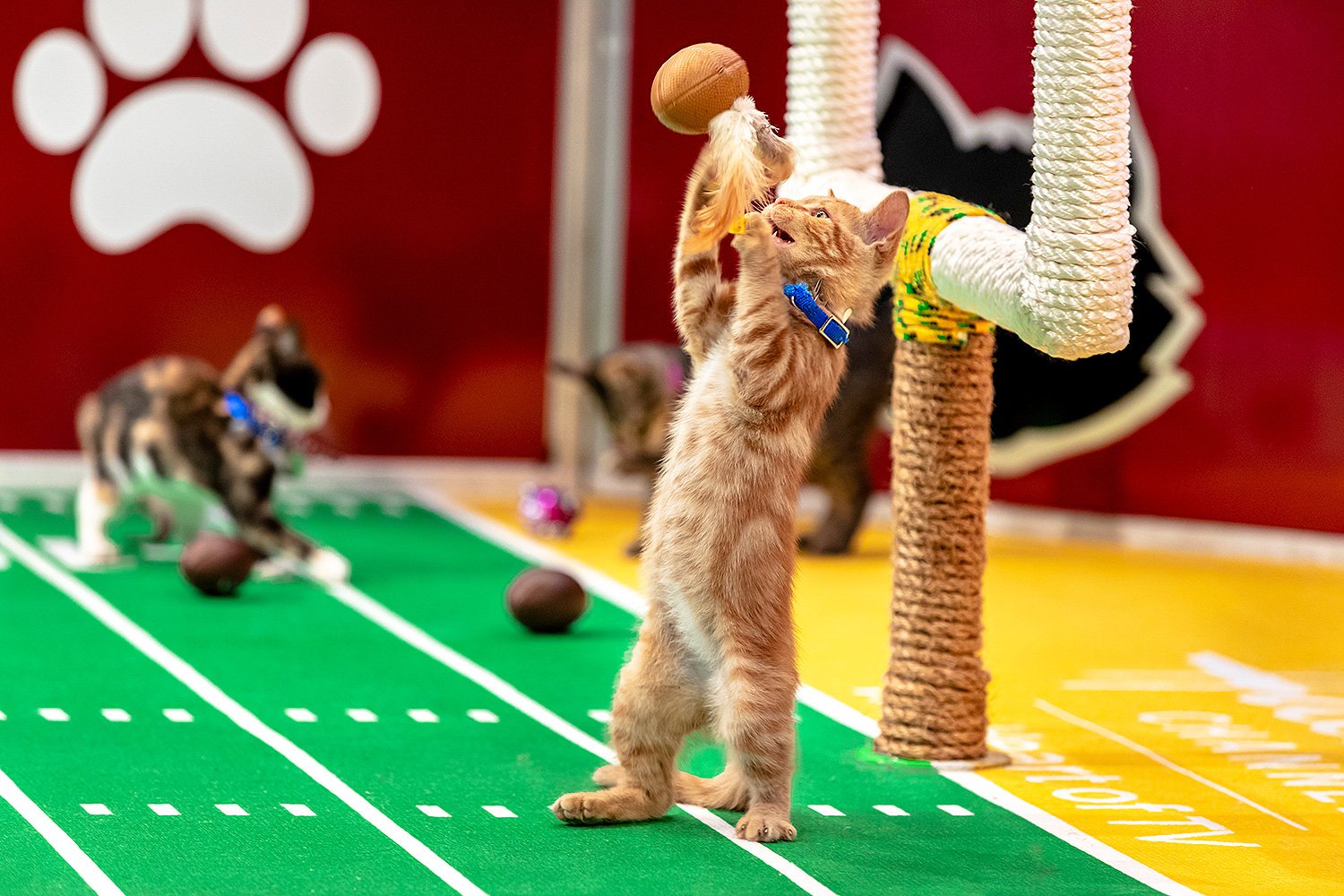 If you’re more of a cat person, Kitten Bowl might be more up your alley. The Hallmark Channel will host Kitten Bowl VIII on Sunday at 2:00 PM EST and will show “four teams of adoptable kittens taking the field to claw their way to victory” per People.

People also noted this was an important milestone for Kitten Bowl, as they’ve now helped over 50,000 cats & kittens find their furever homes in shelters across the U.S.

Granted, the Puppy Bowl & Kitten Bowl are on at the same time on Sunday, but if you’re skipping the Super Bowl, you can record one and watch them back to back! 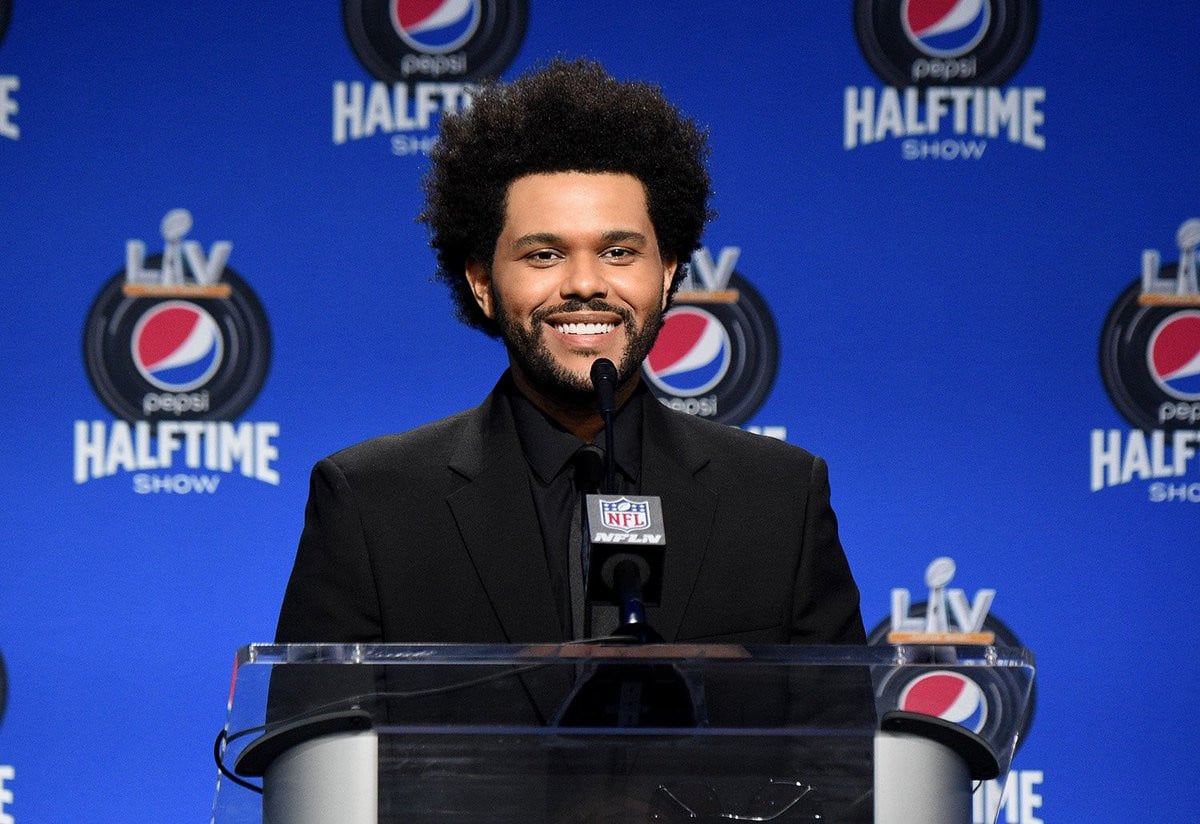 If you’re still watching part of The Super Bowl on Sunday, you probably won’t want to miss the halftime show. While halftime shows aren’t what they used to be, they’ve picked up steam over the last few years. This year’s Super Bowl halftime act is The Weeknd, who will probably show up with bandages or his new plastic surgery makeup as part of his getup. Yikes to both!

However, if you’re a fan of the hit song/TikTok dance craze “Blinding Lights” tune into the Super Bowl at approximately 8:00 PM EST. While the halftime show doesn’t have a specific start time on Sunday, the Super Bowl will be underway at 6:30, making 8 the most likely time The Weeknd will appear on your screen.

Ah, the highlight of Super Bowl Sunday for people who don’t like football. This may be the one show of the year where we get another slice of pizza during the actual show and sit to watch the advertisements. The Super Bowl is also the preview of which commercials we’ll be sitting through for the rest of the year, for better or worse (One horrible compound word: Puppymonkeybaby).

Good news: you don’t have to wait for the Super Bowl on Sunday to watch the commercials. Several were already leaked, including Will Ferrell’s GM commercial.

Of course, you can just binge something on Netflix. Are you watching the Super Bowl on Sunday, or are you only tuning into the Puppy or Kitten Bowl? Let us know in the comments!