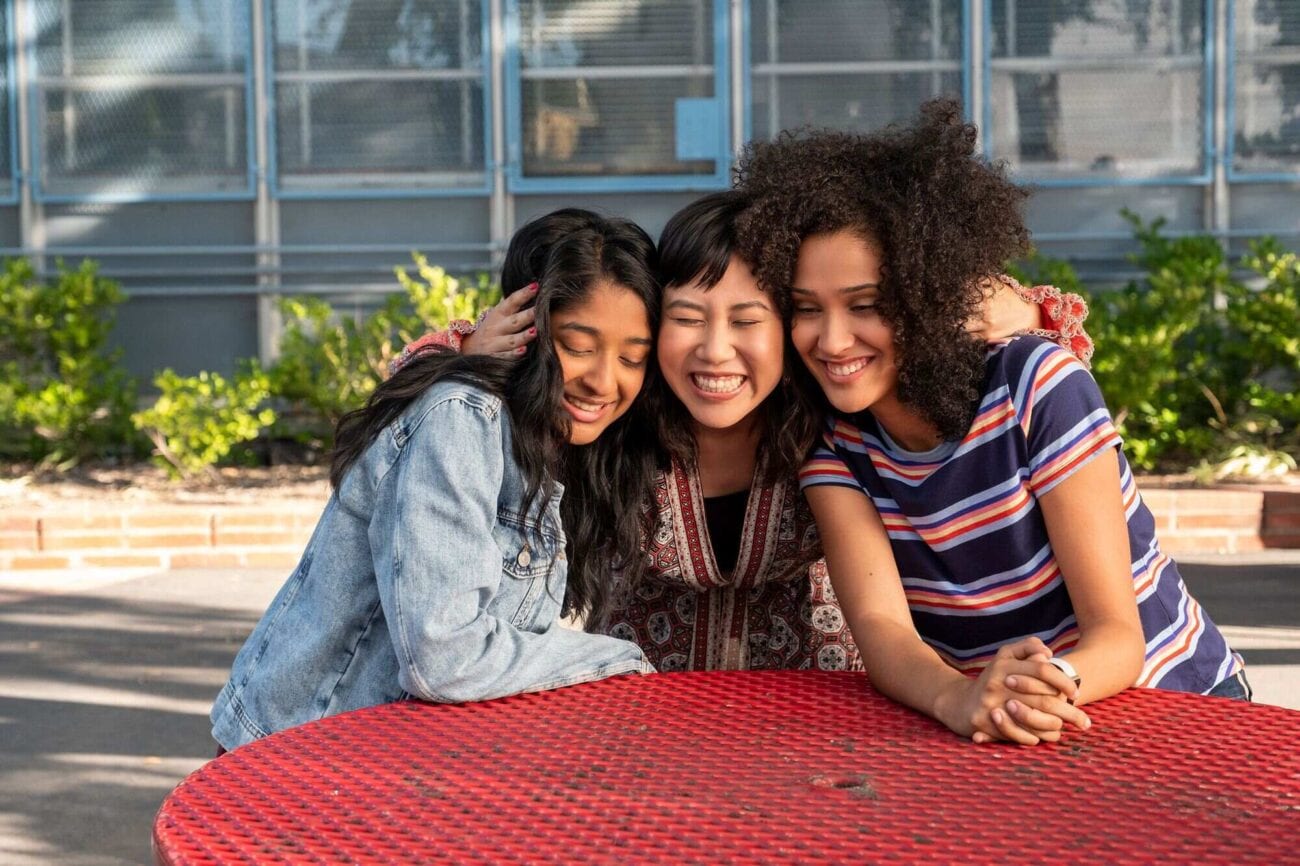 Netflix’s ‘Never Have I Ever’: Will season 2 finally end the love triangle?

Never have we ever . . . missed an episode of Never Have I Ever! The incredible show exposing the teenage dilemmas of Devi (Maitreyi Ramakrishnan) with the help of narrator John Encroe, is a Netflix series we never thought we needed. Thanks to producer Mindy Kaling, the show was a huge success and we can’t wait for the second season!

In fact, Never Have I Ever was nominated for a couple awards over the past year and actually won the People’s Choice Award for the Comedy Show of the Year! Yes, as mundane as the teenage storyline may sound, the show is full of twists & turns and we dive deep into the life of Devi, the Indian-American teen who just wants her dad back, to be popular . . . oh and have sex with the hottest guy in school. 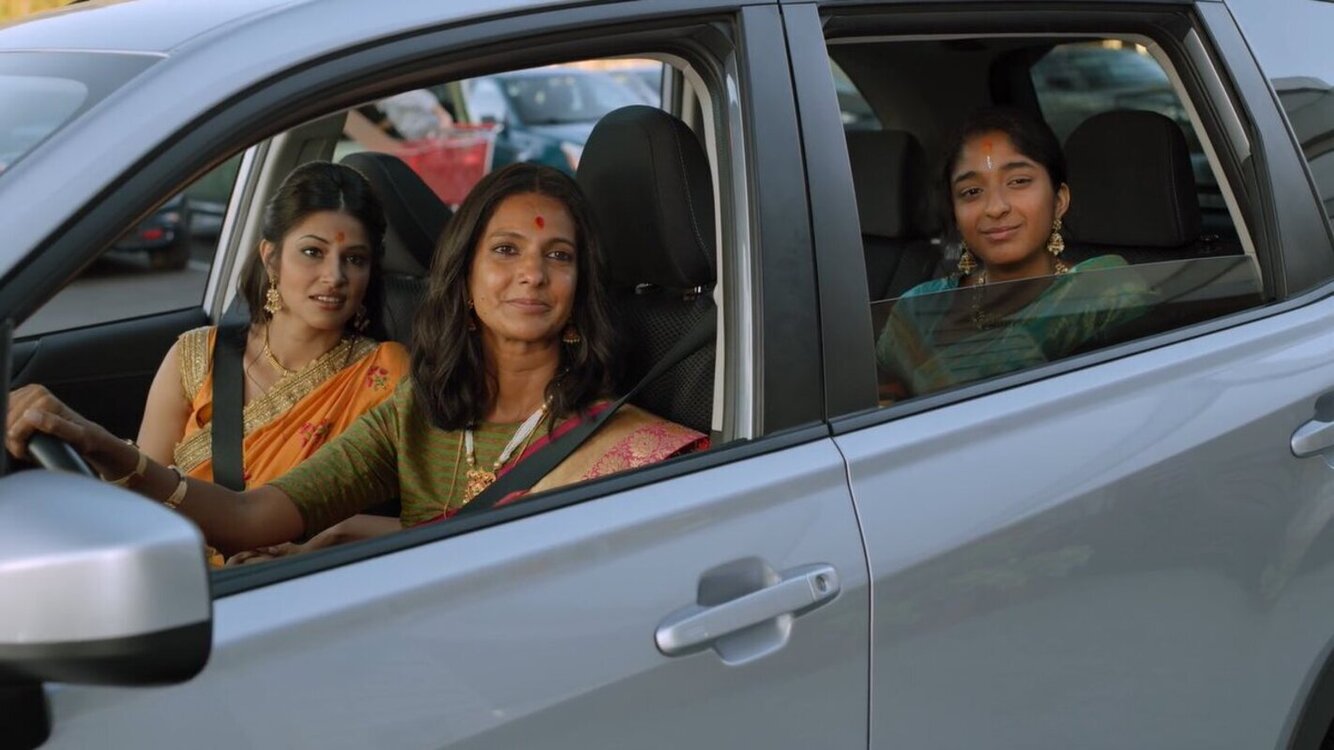 We all know what being in high (middle) school is like – the pressure to look your best at all times, worrying about your grades, or just trying to make it through the day with your best friends. Devi, on the other hand, just wants high school to be the best and her dream starts the idea to have sex with the hottest, most rebellious guy in school, Paxton (Darren Barnet).

After randomly cornering Paxton outside the school, she asks Paxton if he’d like to have sex with her, and the rest, well, doesn’t go as planned and she doesn’t end up having sex with him at all, but really enjoys his company. 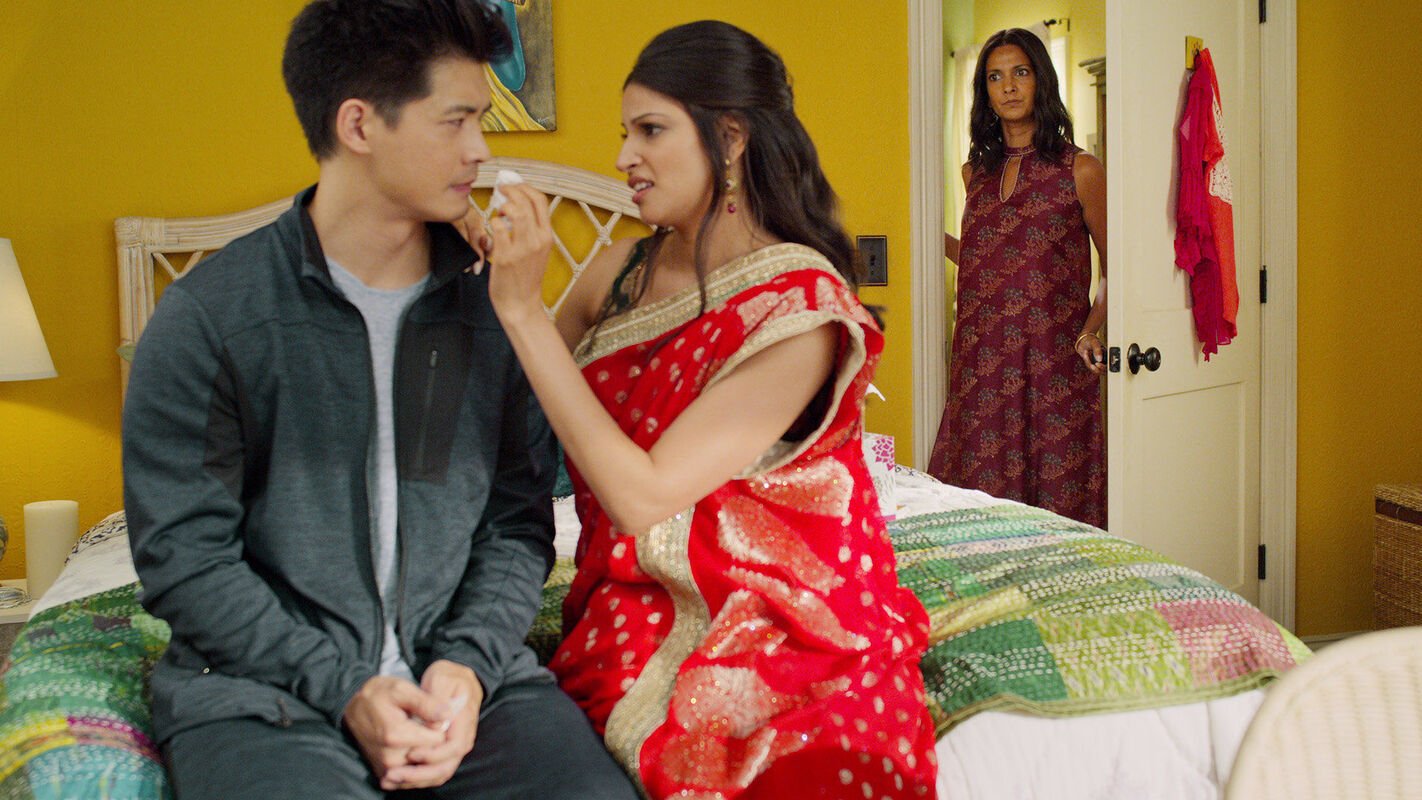 While the idea of popularity overwhelms Devi, she’s also extremely jealous that her cousin is always the prettiest and most “Indian” one in the room. However, she and her mother Nalini (Poorna Jagannathan) quickly realize that Kamala (Richa Moorjani) is in love with an ordinary American and doesn’t want to have an arranged marriage.

In fact, by the end of season 1, we see how torn Kamala becomes after realizing that the Indian man isn’t half bad. 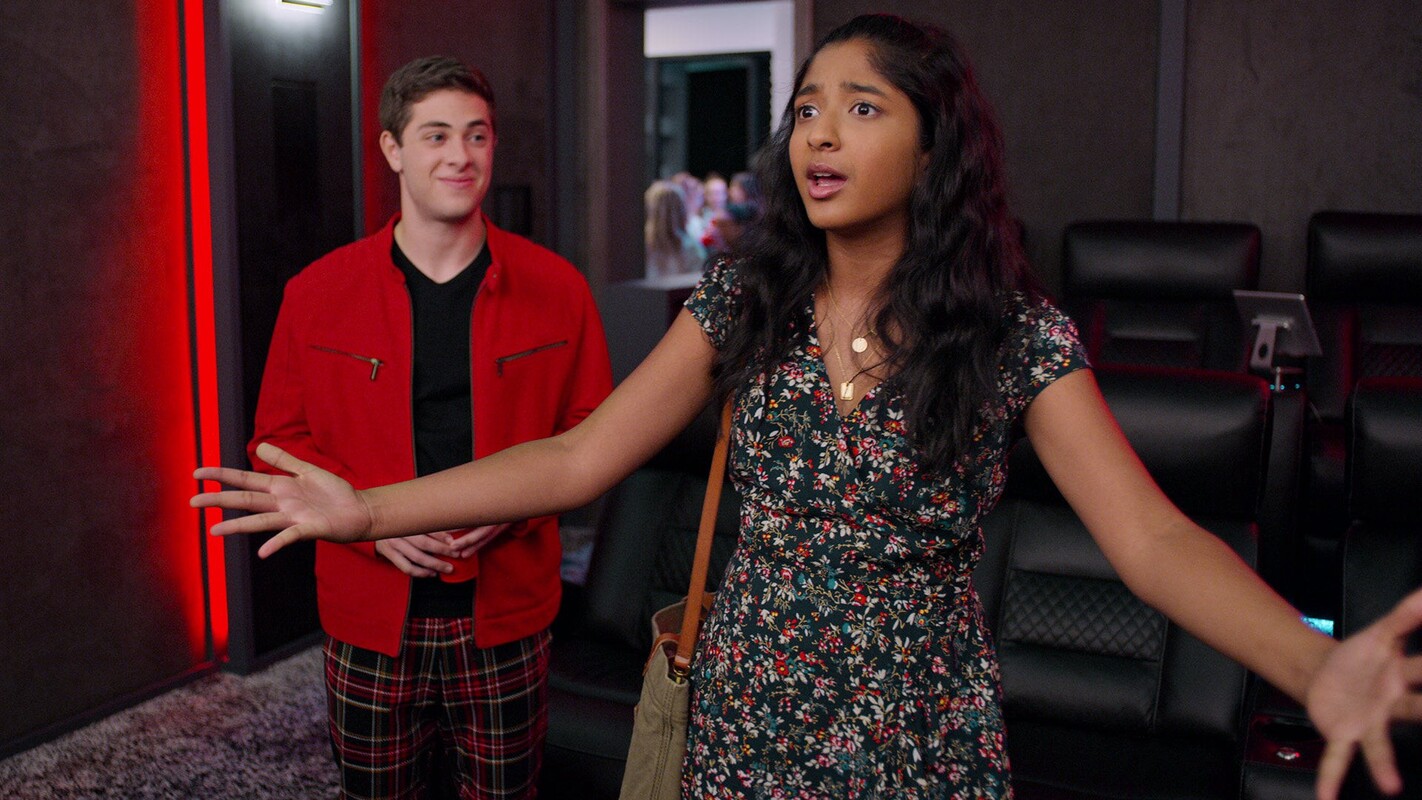 Time for more spoilers! – Since the beginning of the series and through all the chaos, Devi continues to go to therapy as she’s suffering with her father’s (and basically her best friend’s) death. However, by the end of the season, Devi’s mother thinks that Devi’s become “too American” and that they might not fit in America without Devi’s father. Nalini suddenly plans to move the entire family back to India.

Devi then stumbles across her genius archnemesis Ben Gross (Jaren Lewison) who actually has a huge crush on her. And when Devi refuses to return home to her mom, she eventually sees Ben for what he truly is – a genius, a great friend . . . and well, she kisses him at the beach.

And just when we thought the madness was over and Devi can live happily ever after, with Ben, and her family decides to stay in America, Paxton is at her doorstep and wants to tell Devi that he actually has had feelings for her all along. Whoops! 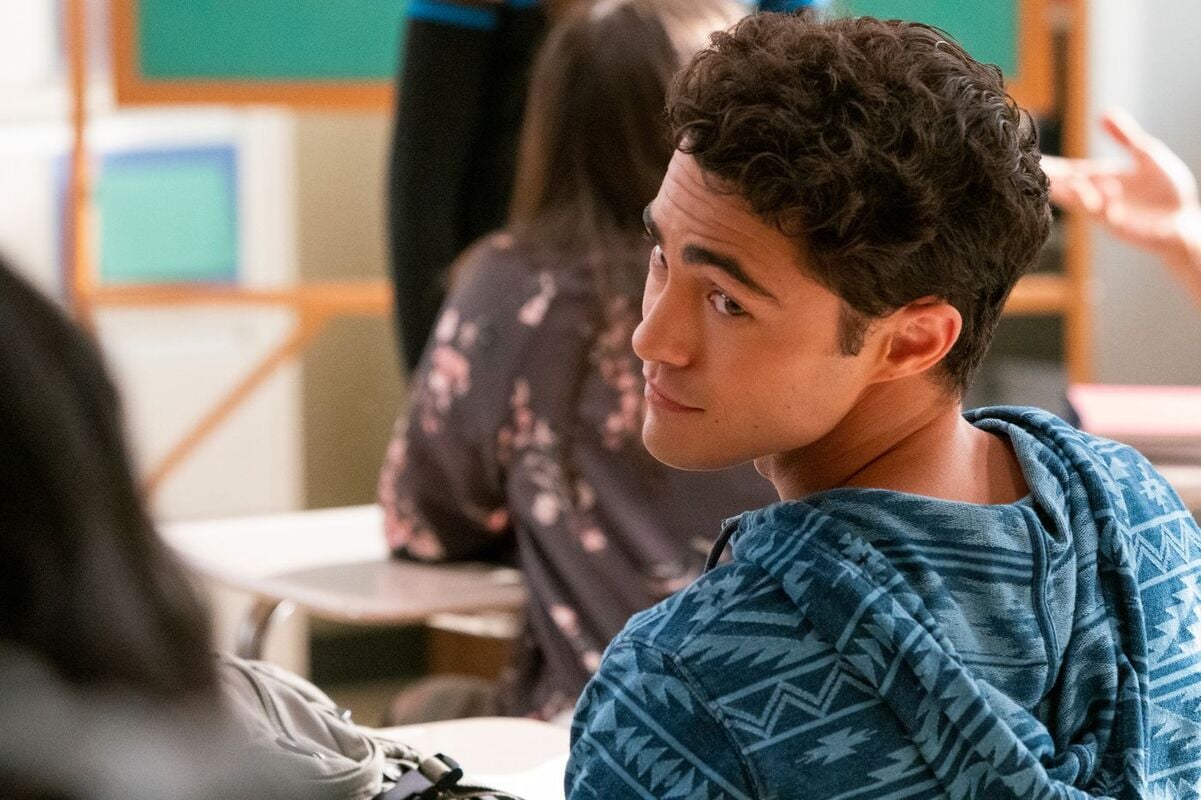 Season 2 of Never Have I Ever

After ten exciting episodes, Netflix announced that there’ll be a season 2 of the teenage comedy! According to TeenVogue, Devi “continues to deal with everyday pressure of high school and drama at home, while also navigating new romantic relationships.”

Not only was this announcement exciting, but fans can already see sneak peeks of the next season with images from set. In one of the images, we see a chart labelled “Ben” & “Paxton” with a list of pros & cons for each potential relationship. 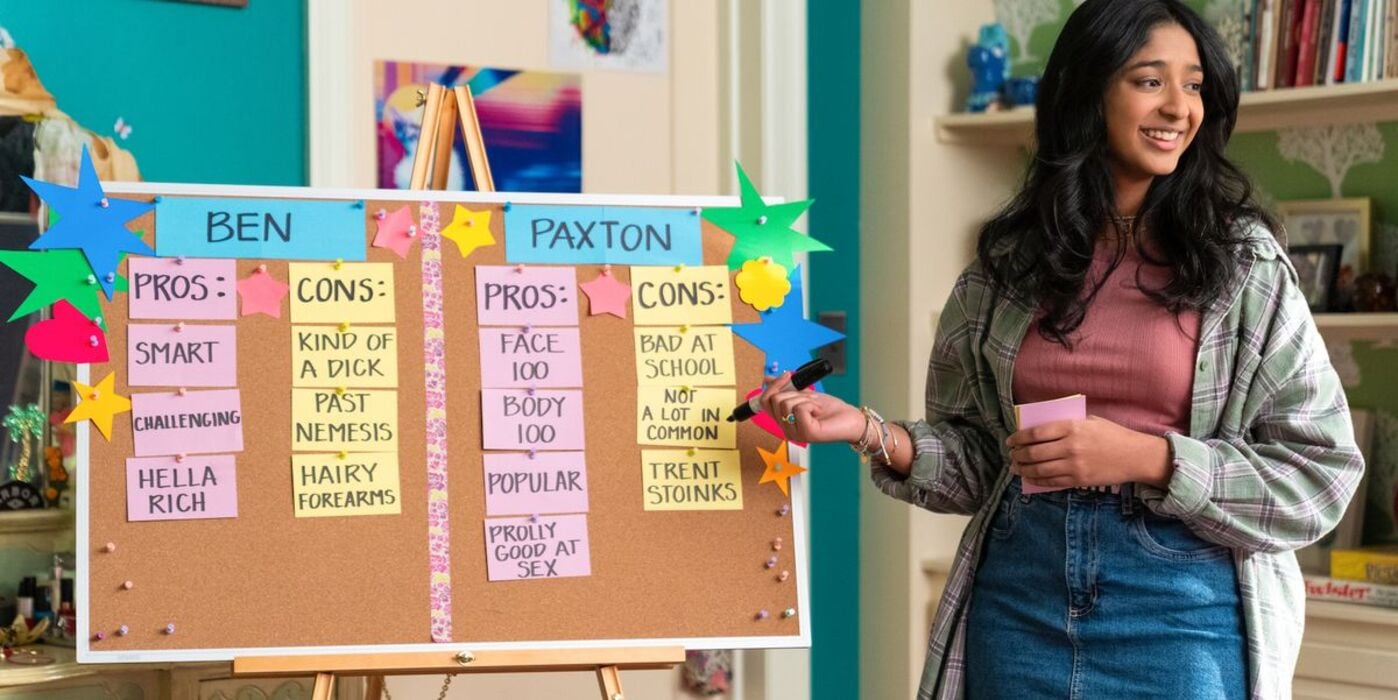 According to Elite Daily, filming for the next season started in November 2020, and is expected to be released by July 2021!

And don’t worry, all your favorites from Never Have I Ever will be back including Lee Rodriguez (Fabiola) & Ramona Young (Elanor) as Devi’s best friends. As a matter of fact, there’ll be some new characters joining in on the fun, including Megan Suri as Aneesa, and rapper Common as Dr. Chris Jackson. There’s no way Jackson is just a “debonair dermatologist with a high-end practice . . . ” Exciting!

Are you excited for the next season of Never Have I Ever? Are you on #TeamPaxton or #TeamBen? Let us know in the comments below.