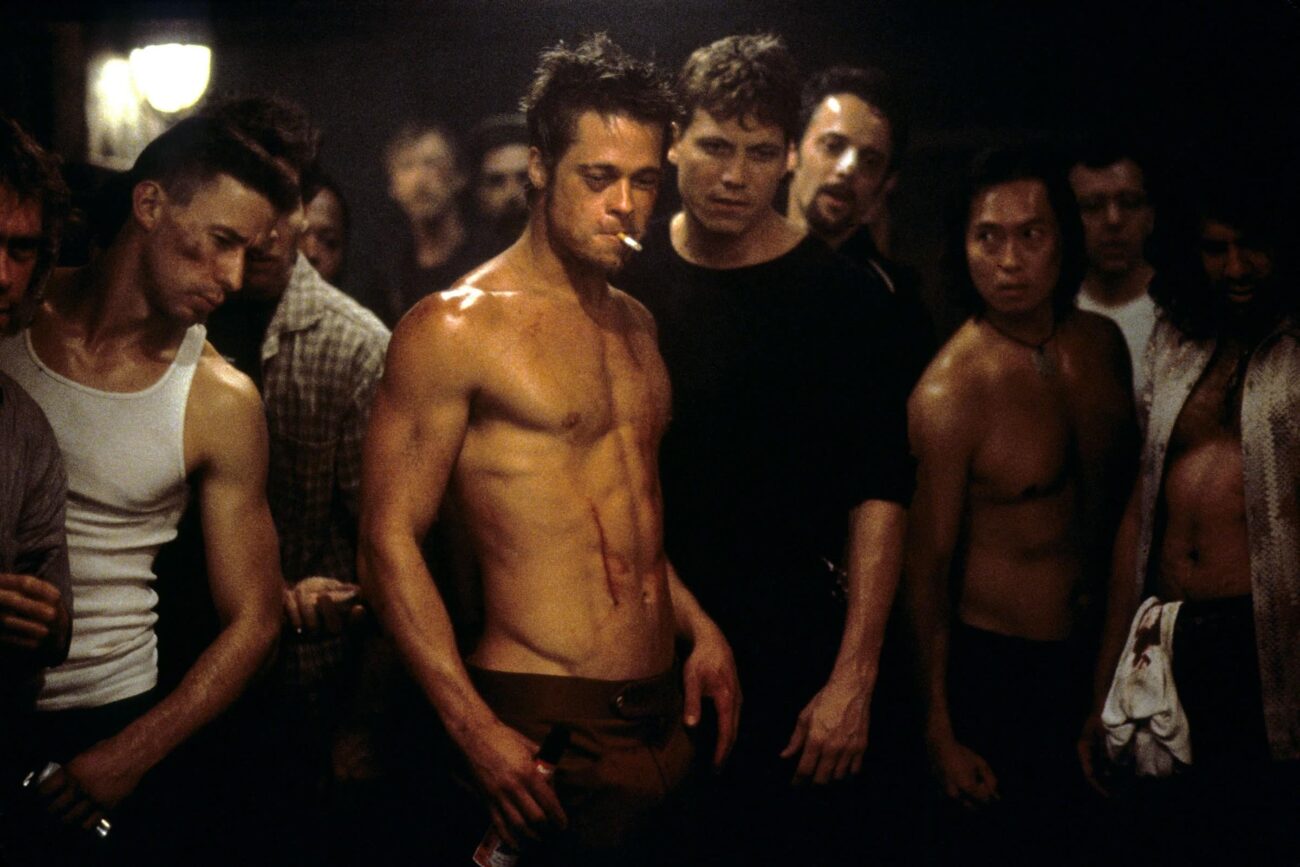 With the content available on streaming services changing every day it seems, it can be hard to know what to watch. Netflix, Hulu, and Amazon Prime appear to be trading shows & movies around like they’re baseball cards. Sometimes you strike gold & discover something new to see that you couldn’t find before.

Amazon Prime is always acquiring new movies that you can watch for free on their platform with a subscription. While the service is known for producing its own content, it also features popular & critically acclaimed films. Here are some of the best movies that are new on Amazon Prime. 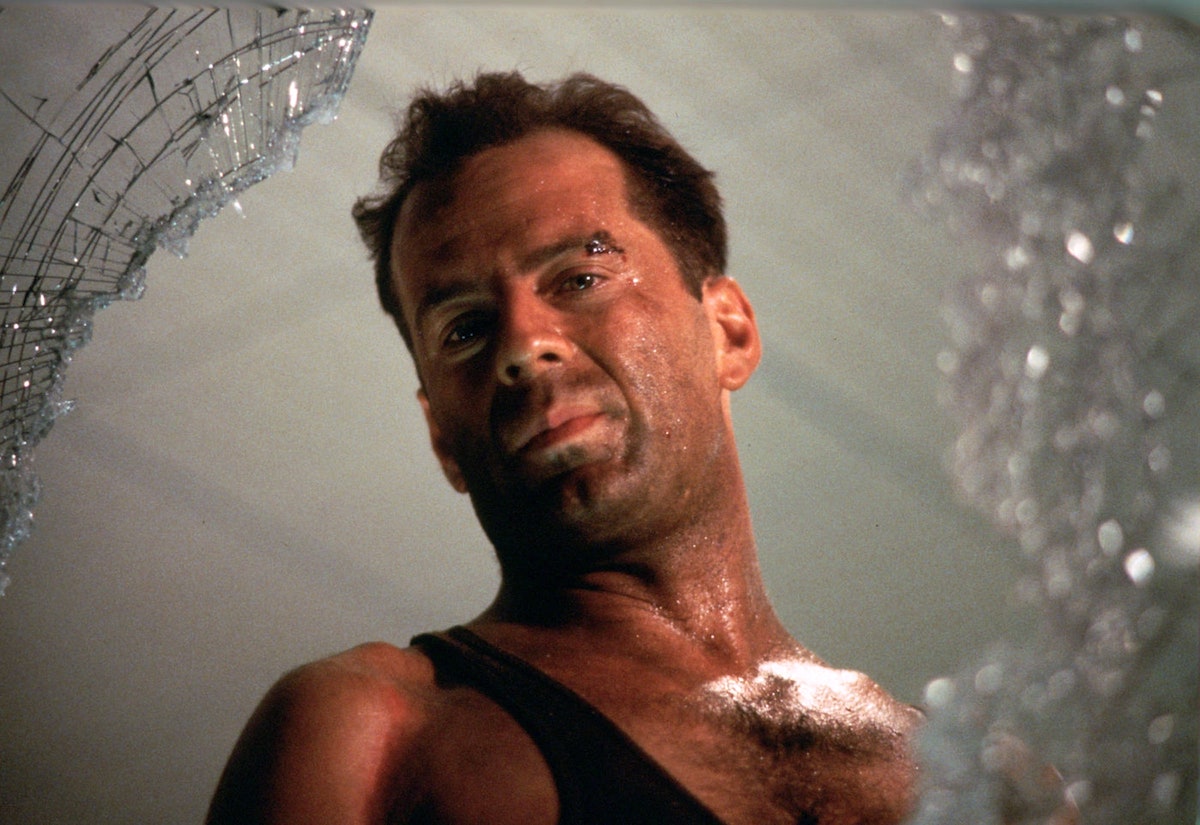 This 1988 film set the standard for modern action movies. While Bruce Willis was already known for acting on the ABC series Moonlighting, Die Hard is what made him a star. The film is directed by John McTiernan, who also made Predator & The Hunt for Red October. Before its release, studio executives at 20th Century Fox expected little from Die Hard.

However, Die Hard was a smash hit. It grossed around $140 million on a $30 million budget. The film follows John McClane (Willis), a New York cop visiting his wife Holly (Bonnie Bedelia) in Los Angeles. German terrorists invade a Christmas party at Holly’s work, led by criminal mastermind Hans Gruber (Alan Rickman). It’s up to John to save the day.

Willis portrays McClane as an emotionally flawed & vulnerable character, something not often seen in 80s action films. Die Hard received four Academy Award nominations. It’s now cited as one of the greatest Christmas movies of all time. That’s right. Die Hard is new on Amazon Prime just in time for the holiday season. 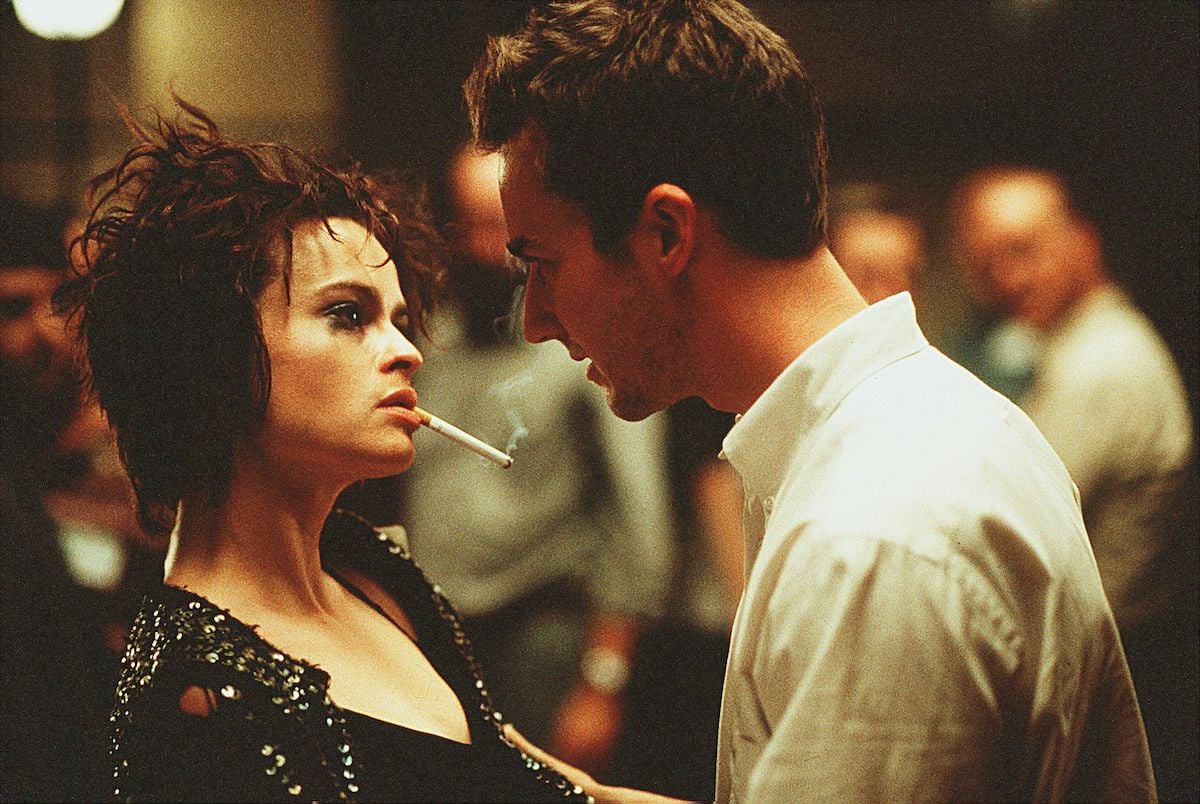 While David Fincher has directed many quality movies, Fight Club may be his most popular. This mind-bending 1999 film stars Edward Norton, Brad Pitt, and Helena Bonham Carter. It’s based on a 1996 Chuck Palahniuk novel with the same title. While Fight Club was initially considered a commercial failure, it’s since attained the status of a cult classic.

Fight Club follows an unnamed narrator (Norton) who’s unsatisfied with his work life. In order to feel something, he goes to various support groups for diseases he doesn’t have. At these groups, he meets Marla (Carter), who also attends for entertainment. Eventually, Norton’s character meets soap salesman Tyler Durden (Pitt). The two form Fight Club.

Admittedly, Fight Club can be seen as controversial due to its cultural impact. Several actual fight clubs were formed across the country after the film gained popularity. It can also be linked to toxic masculinity & neofascism. However, Fight Club is still a groundbreaking film that pushed cinematic style forward. It’s one of the many new movies on Amazon Prime. 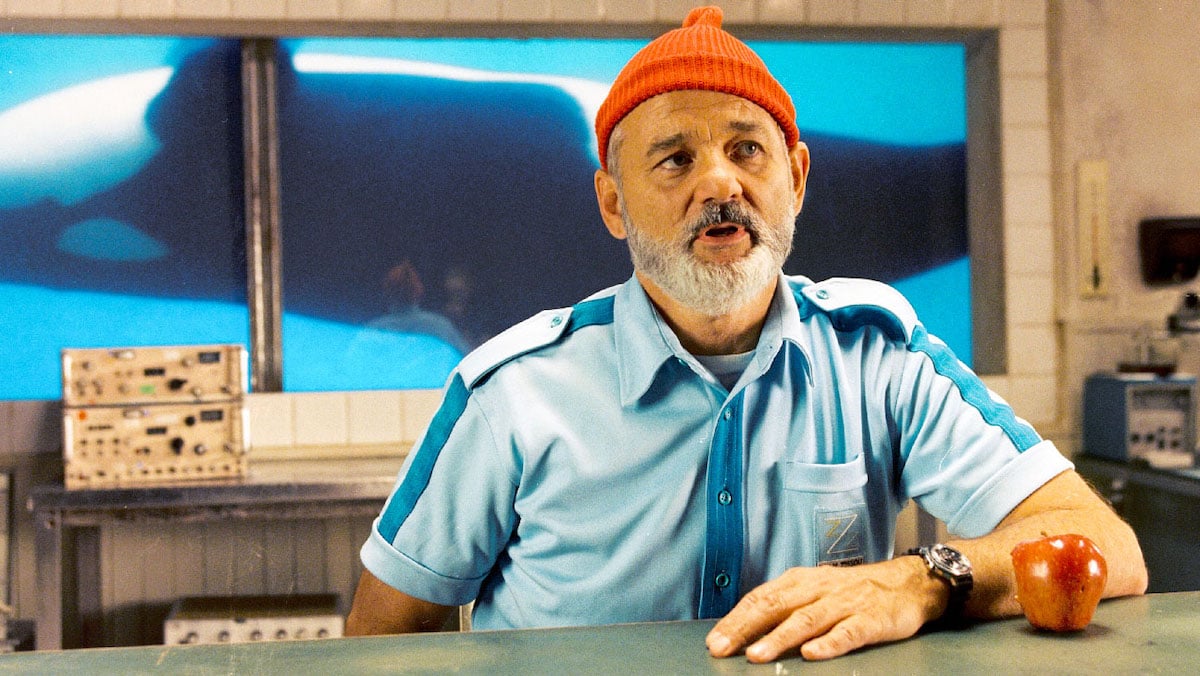 The Life Aquatic with Steve Zissou

Wes Anderson’s latest film The French Dispatch is set for release this Friday. That means now is a perfect time to revisit his older movies. One of the films that clearly defines his visual aesthetic is The Life Aquatic with Steve Zissou. This 2004 feature is new on Amazon Prime.

Like many of Wes Anderson’s movies, The Life Aquatic with Steve Zissou features an incredible ensemble cast. It stars Bill Murray, Owen Wilson, Cate Blanchett, Anjelica Huston, Willem Dafoe, and Jeff Goldblum among others. The story follows oceanographer Steve Zissou (Murray) as he attempts to track down a jaguar shark that ate his best friend.

The Life Aquatic with Steve Zissou also incorporates elements of a family drama with Anderson’s deadpan comedy. Airline pilot Ned Plimpton (Wilson) joins the crew to try to connect with Zissou, whom he believes is his father. If you’ve never seen this Wes Anderson film, then don your baby blue jumpsuit & red beanie to come aboard! 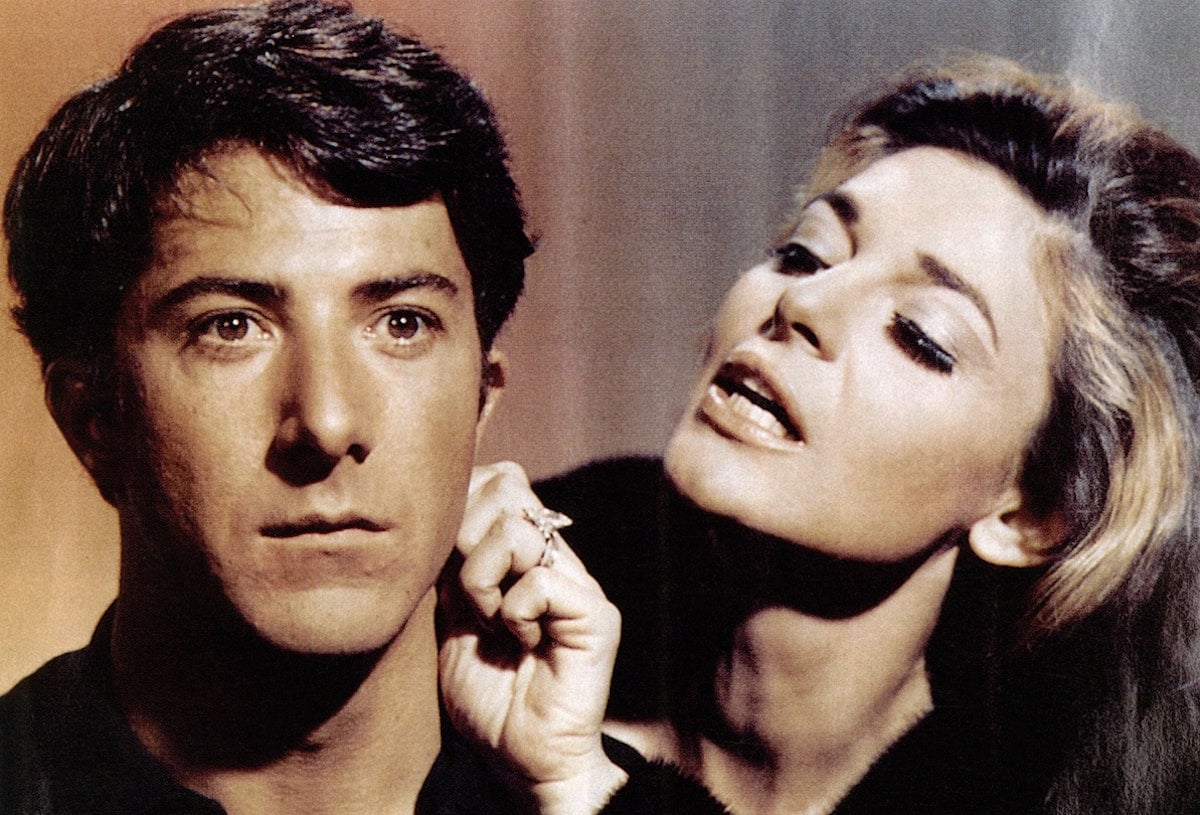 This 1967 film comes with a score from Simon & Garfunkel that features the song “Mrs. Robinson”. The Graduate is considered a groundbreaking film in modern American cinema. It’s ranked at number seventeen on the American Film Institute’s list of the 100 best American movies of all time. It stars Anne Bancroft, Dustin Hoffman, and Katharine Ross.

The Graduate follows Benjamin Braddock (Hoffman), a young man who returns home after finishing college. Living with his parents, Benjamin is disillusioned with his privileged life. He starts a sexual relationship with an older woman named Mrs. Robinson (Bancroft). Problems arise when he starts dating Mrs. Robinson’s daughter, Elaine (Ross).

Released amidst the sexual revolution of the late 60s, The Graduate shows societal taboos about adult relationships. The film also displays the rebellious attitude of the young Baby Boomer generation. Benjamin is unsatisfied with the life his parents expect him to lead & decides to search for something more. This classic is one of the new movies you can stream on Amazon Prime. 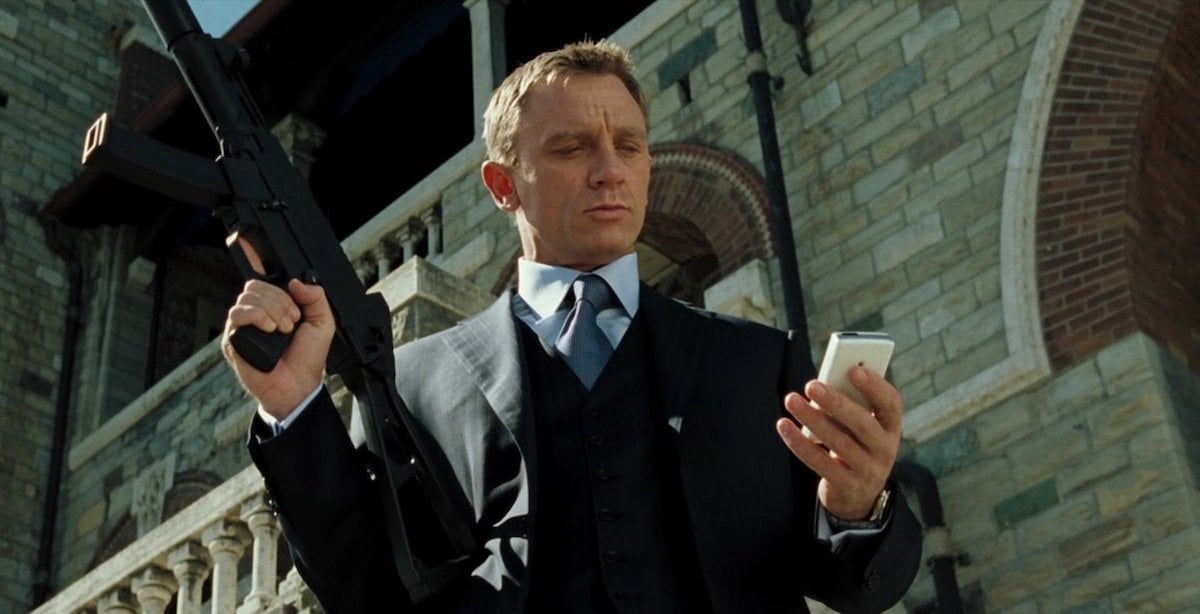 With the latest James Bond film No Time to Die finally out in theaters, many fans are taking a retrospective look at Daniel Craig as 007. Casino Royale, the first of the Bond movies starring Craig, is new to stream on Amazon Prime. This 2006 film rejuvenated the James Bond franchise, showing the character with more emotional depth.

Alongside Craig, Casino Royale stars Eva Green, Mads Mikkelsen, and Judi Dench. The plot follows Bond as he attempts to gain his license to kill with MI6. Bond is assigned the task of taking down international criminal Le Chiffre (Mikkelsen) in a poker game. However, Bond develops feelings for a colleague named Vesper Lynd (Green) over the course of the mission.

Since Casino Royale, Daniel Craig has starred in four other 007 films. In doing so, he’s become one of the most internationally recognized movie stars. It’ll be interesting to see the reaction to his final installment, No Time to Die. Watch Casino Royale on Amazon Prime to see where he began.

There are plenty of newly added movies on Prime to keep you cozy during the cold months. What are you watching on Amazon? Let us know in the comments!