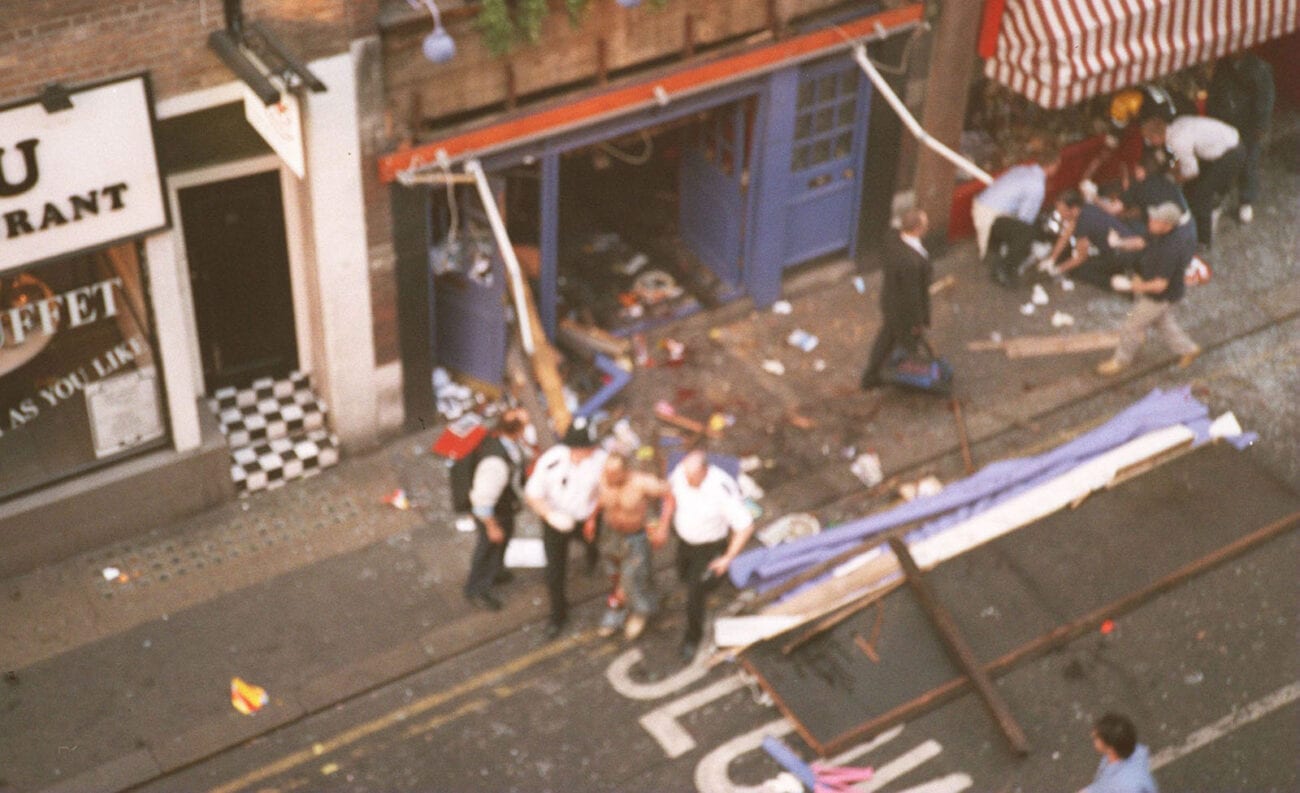 It seems like Netflix is releasing true-crime series after true-crime series. Now, the streaming giant is taking on lesser-known cases, moving away from serial killers that were done to death (sorry for the pun) like Ted Bundy & David Berkowitz, Netflix is satiating our true crime addiction with less commonly told stories. At least, less commonly told on this side of the pond.

In April 1999, London was on edge. Nail bombs were exploding in public places, ultimately killing three – including a pregnant woman – and injuring over 100. Police were stumped trying to find the culprit, but ordinary people were inspired to be more vigilant, leading to the killer’s capture. 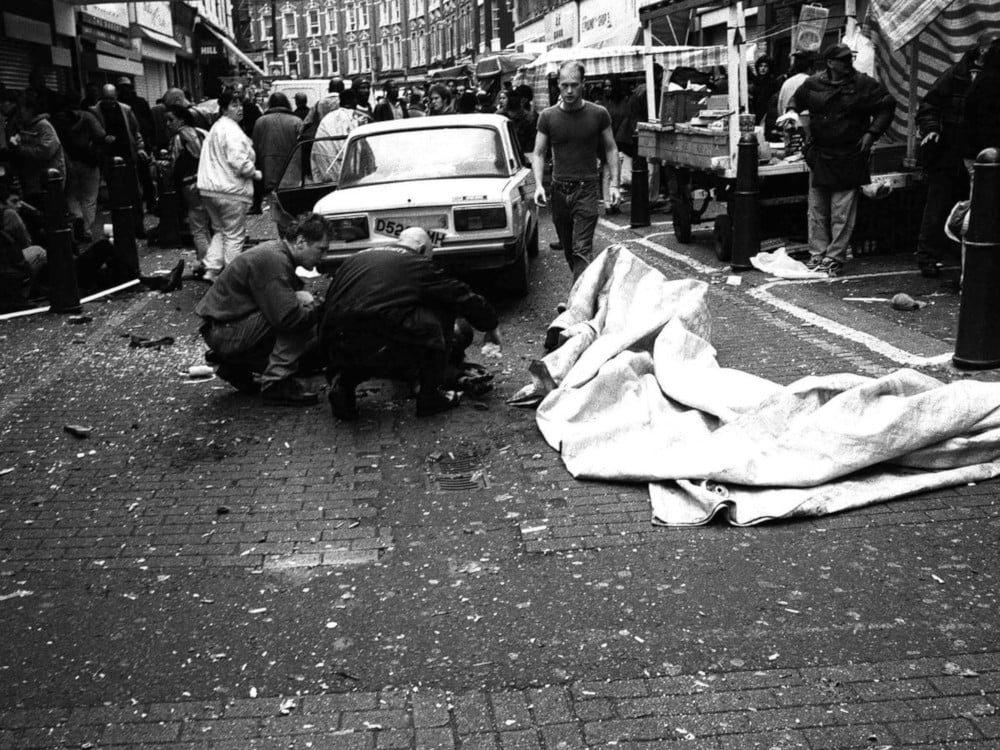 When the bombs were first detonated, police suspected a far-right extremist group was responsible, downplaying reported public suspicions that the IRA – the Irish Republican Army, active at the time due to ongoing violent conflicts in North Ireland – were planting bombs in the city again.

Police suspicions were confirmed when Combat 18, a far-right extremist group, took responsibility for the true crime in a phone call the following day. Meanwhile, police worked around the clock to try and find the man responsible. Sir Hugh Orde, the on-call commander at the time, later told the BBC “Officers ploughed through miles and miles of videotape, 24 hours a day”.

Mark Tullet, a survivor from the April 30th bombing in Soho, told the BBC: “Each year as the anniversary comes around, the memories flood back of that night and the aftermath of a terrible weekend. It’s not something I will ever be able to think about without feeling upset or stressed.” 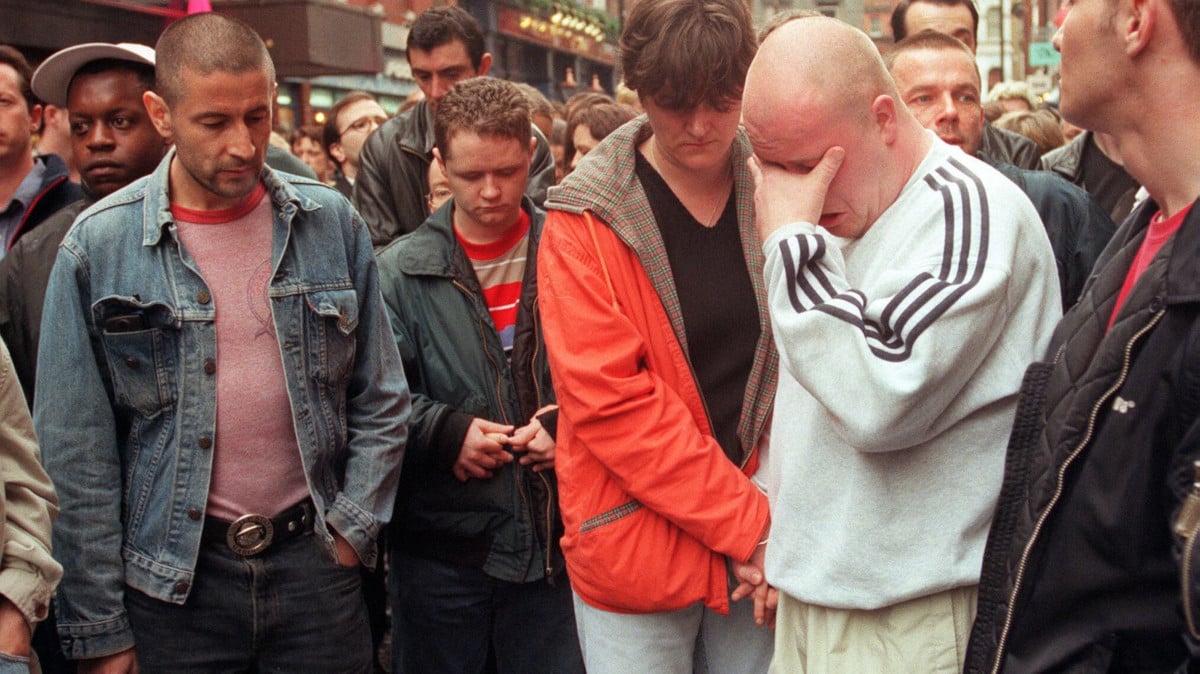 By the time the third bomb had gone off, police were circulating a photo of the man responsible. The following day, they raided a home in Cove where they arrested the culprit and seized explosive materials.

The culprit of this horrific true crime was a far-right extremist named David Copeland. Twenty-two years old at the time of his arrest, David Copeland was a neo-Nazi and a member of far-right political groups. His stated aim for the bombings? Ignite a race war. Copeland’s nail bombs were aimed at areas with high black, Bengali, and LGBTQ populations. 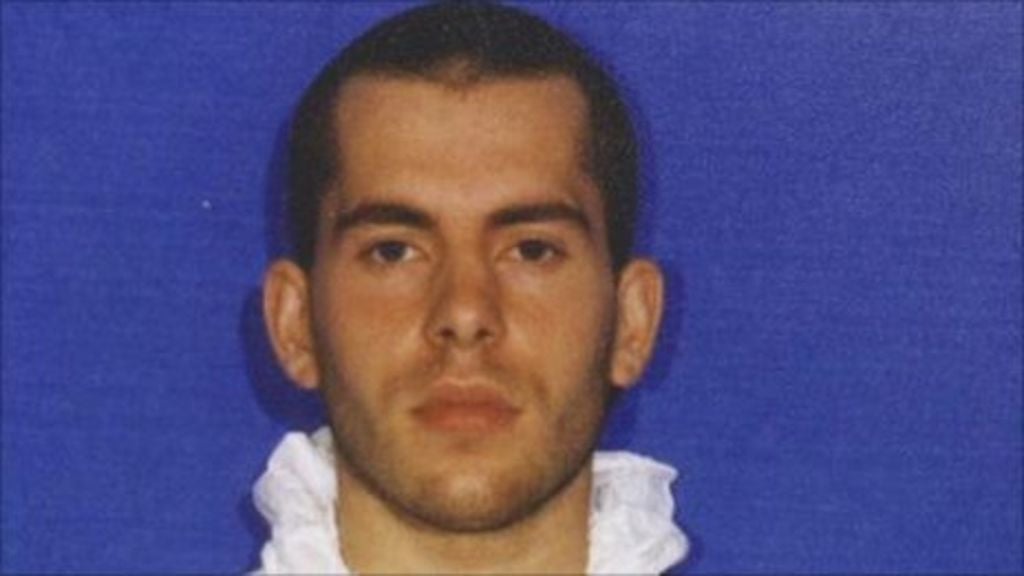 Copeland carried out his terrifying true crime by making homemade nail bombs. He detonated his bombs in Brixton, Brick Lane, and Admiral Duncan Pub in Soho. Copeland stuffed over 1,500 nails into each bomb before leaving them in the public, high-traffic spaces.

Copeland was sentenced to six consecutive life sentences. The judge at his hearing proclaimed it was likely that he’d never be released, telling him he would spend a minimum of fifty years behind bars.

“The story of how one man held London to ransom for 13 days in 1999. The far-right extremist detonated three bombs in Soho, Brixton, and Brick Lane, hoping to start a race war. Instead, as the documentary reveals, he inspired ordinary people to stand up and take action, helping to catch him and ultimately bring him to justice.”

The Netflix true-crime documentary will feature interviews with eyewitnesses, investigators, and a man who spent years undercover in far-right political groups. In the trailer, he explained: “there was talk about starting a race war”.

Indeed, the trailer features newscasters exclaiming how police were worried this true crime was the beginning of a wave of terror. Plus, the racial tensions in London at the time were high, and one interviewee was even heard saying “all someone had to do was light a match”.

Nail Bomber: Manhunt will drop on Netflix May 26th. Will you be tuning in? Let us know in the comments!