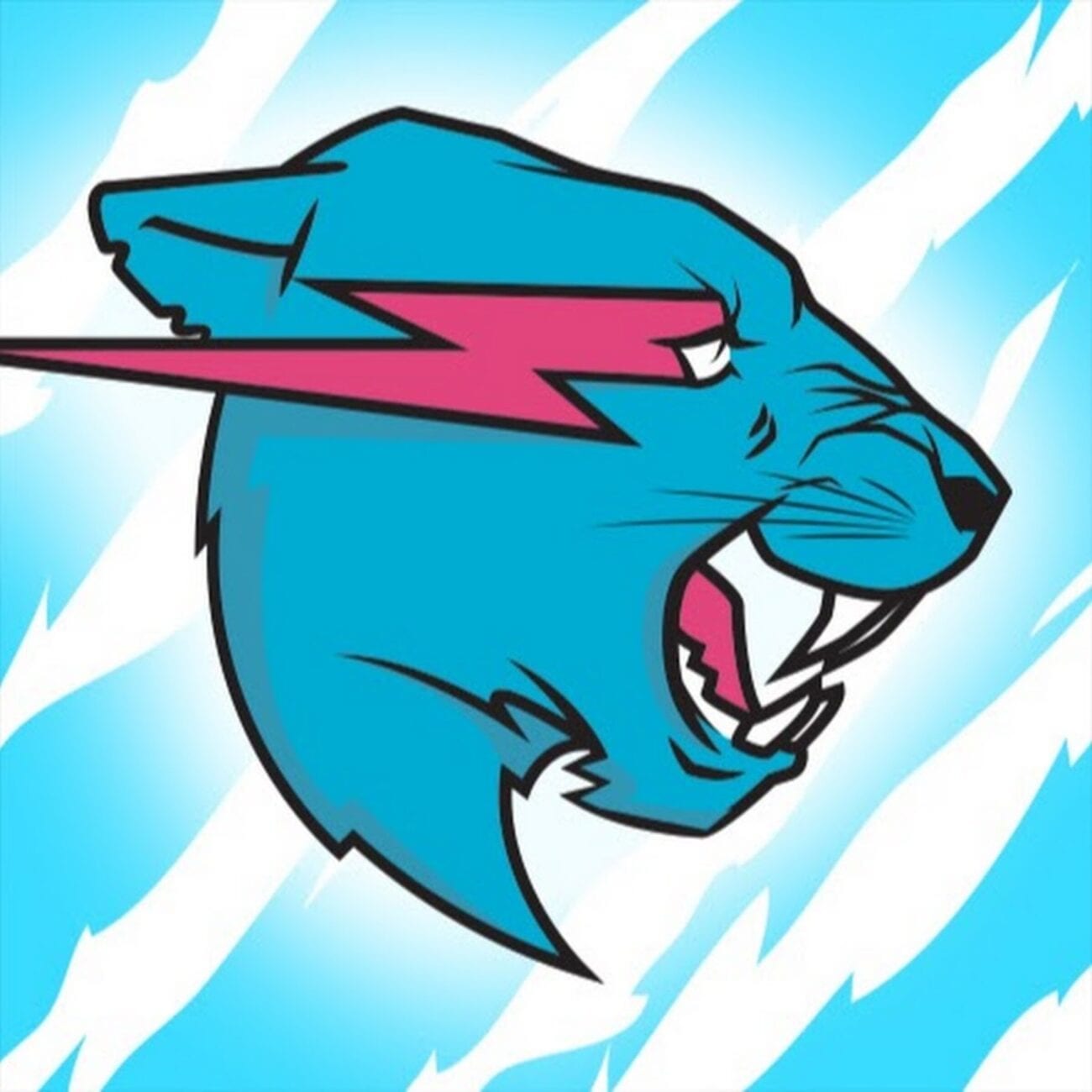 Jimmy “MrBeast” Donaldson has generated a massive following with his own brand of philanthropic stunts. MrBeast currently has more than 60 million subscribers on YouTube, and his videos frequently rack up millions of views. In spite of these staggering numbers, the creator claimed he actually loses money on his sleekly produced videos.

The twenty-three-year-old’s channel features videos that usually take the form of a large-scale, attention-grabbing stunt. Recent videos included a game of tag in an abandoned hospital where the winner takes home $100,000 or spending fifty hours buried in a coffin. These stunts are accompanied by cartoon sound effects and slick meme inserts.

MrBeast gives away cash, cars and even houses to followers, fans, and sometimes random strangers in his videos. In his videos, he has given houses to people experiencing homelessness, tipped delivery drivers thousands and raised massive amounts for charities. 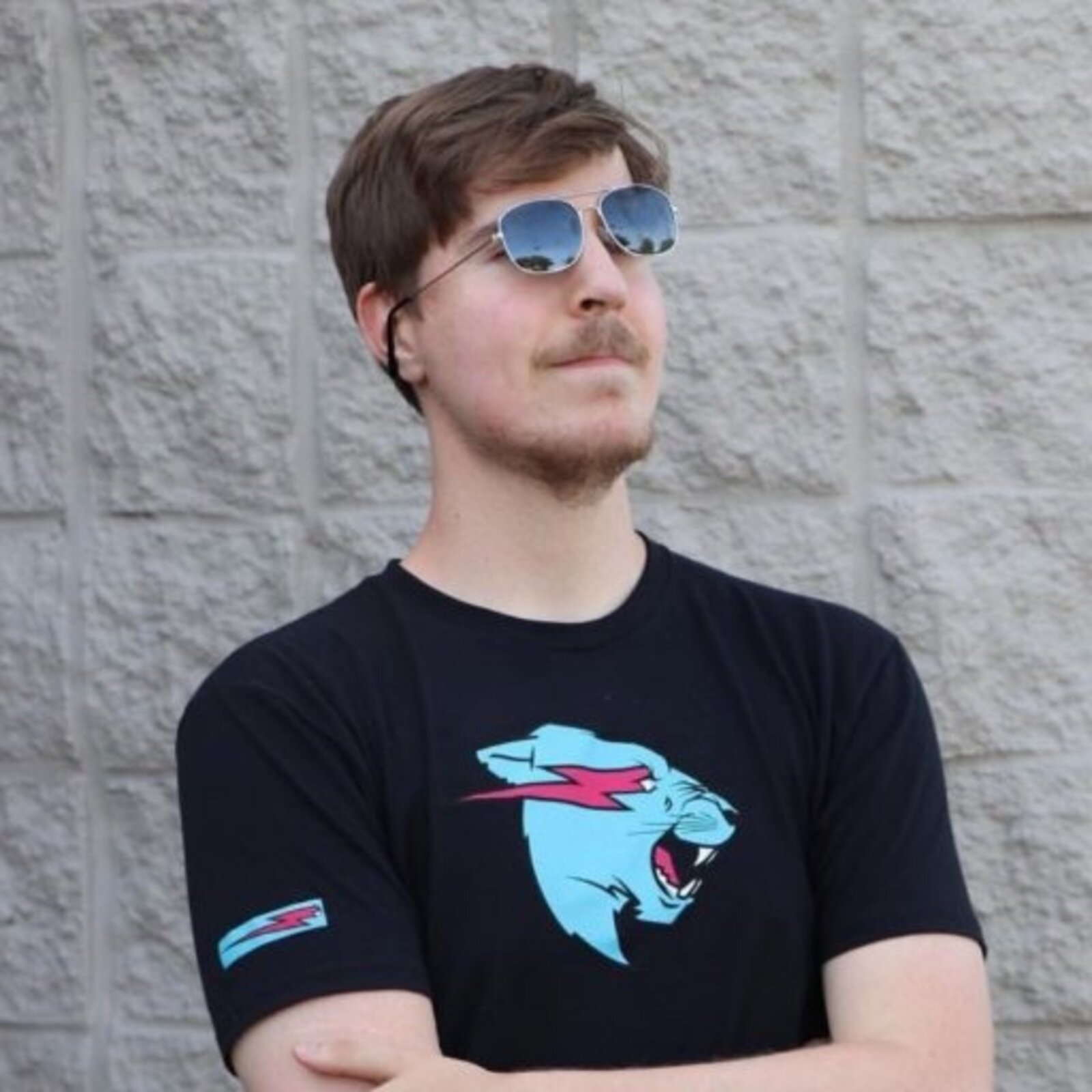 How Does He Do It?

Donaldson is able to do this through six-figure sponsorship deals with brands like Honey & Quid to turn their investment in him into even more spectacular growth for his channel. So while MrBeast is the one who appears to be giving thousands to Twitch streamers with zero followers or selling a house for $1 it may actually be one of these brands.

Last year, Donaldson launched MrBeast Burger, a delivery-only pop-up fast food chain. The new business venture lived in restaurant kitchens that had temporarily closed due to the pandemic like Buca di Beppo and Bertucci’s. The restaurant was initially so popular that the restaurant’s app hit the top spot on the Apple App store and the Google Play Store. 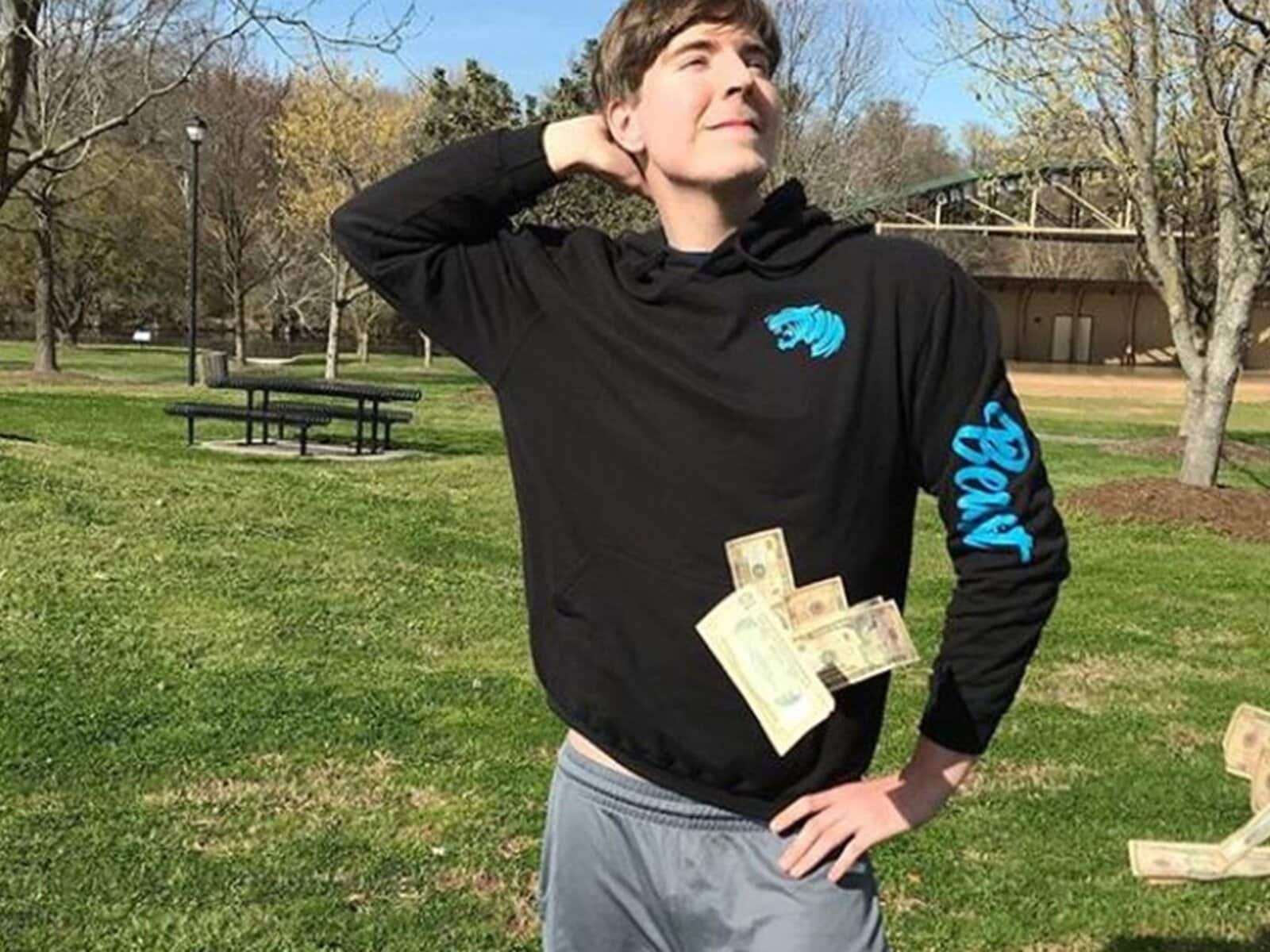 Looking For More Than Just Fame

MrBeast has raised $20 million to plant twenty million trees with the charity Team Trees. The campaign drew support from other YouTubers & entrepreneurs like Elon Musk, PewDiePie, Jack Dorsey, and Linus Tech Tips, among others. Recently MrBeast has begun running a food pantry to support communities in his native North Carolina.

To further his philanthropic actions Donaldson has launched Beast Philanthropy. Video & advertising revenues from this new channel go directly to funding the food pantry, according to MrBeast himself. Even a portion of each meal at MrBeast Burger goes to food security charities.

Though Donaldson may not be funding his outrageous videos entirely by himself he does seem interested in expanding his own charitable efforts moving forward. His channel shows no sign of slowing down even as his business and charity empire grows. 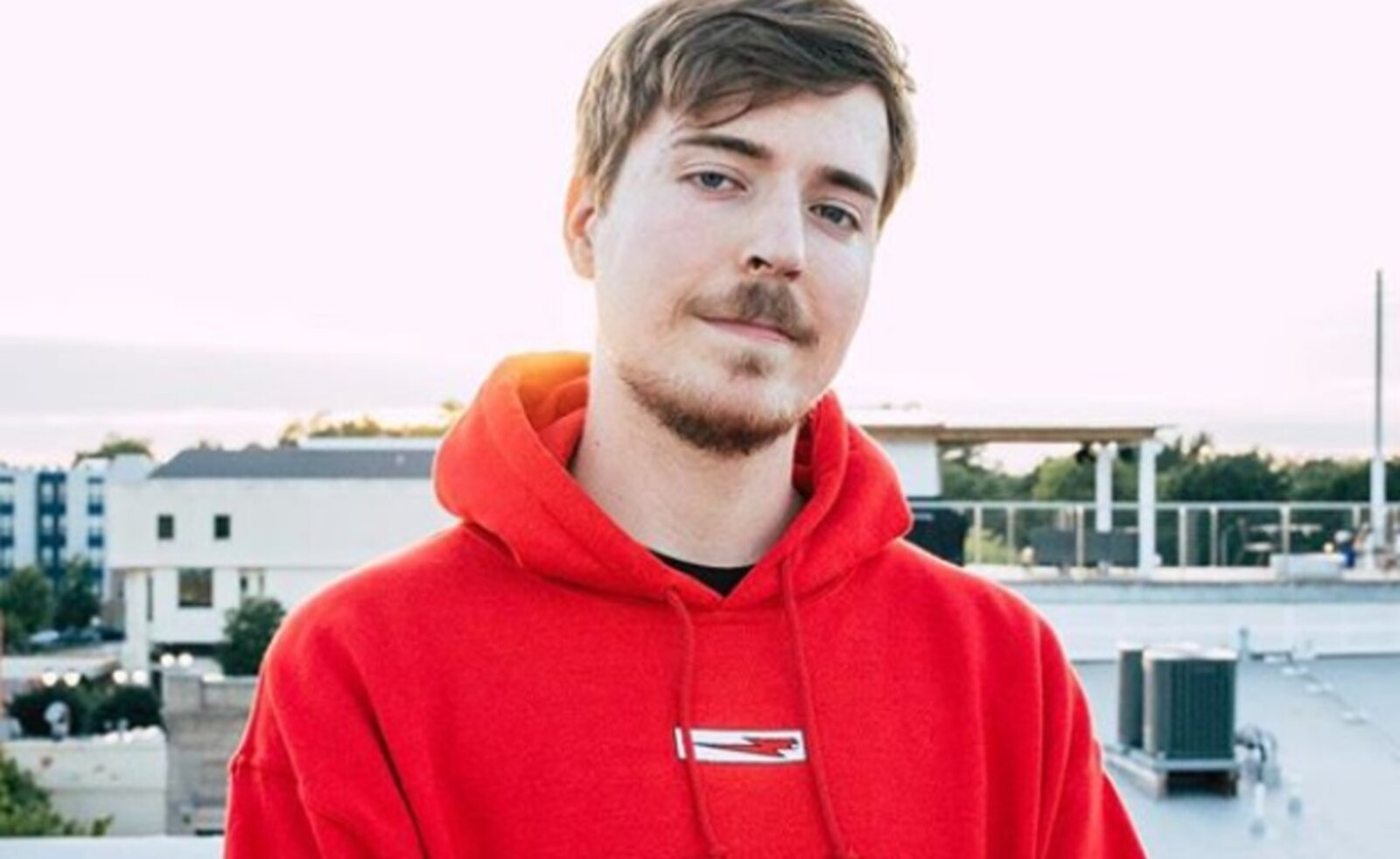 Of course, MrBeast can’t just give houses away – he has to live somewhere. Which is why Jake Paul and Team10 took a trip to see MrBeast’s house and tried to throw some epic pranks while they were there.

Turns out, MrBeast’s house in North Carolina encompasses the meaning of “humble abode”. It’s just a plain old house – nothing you’d really see in MTV Cribs. However, Jake Paul decided it would be the epitome of hilarious to pretend to sell his house and try and pull off a ring & run. What is this, middle school? 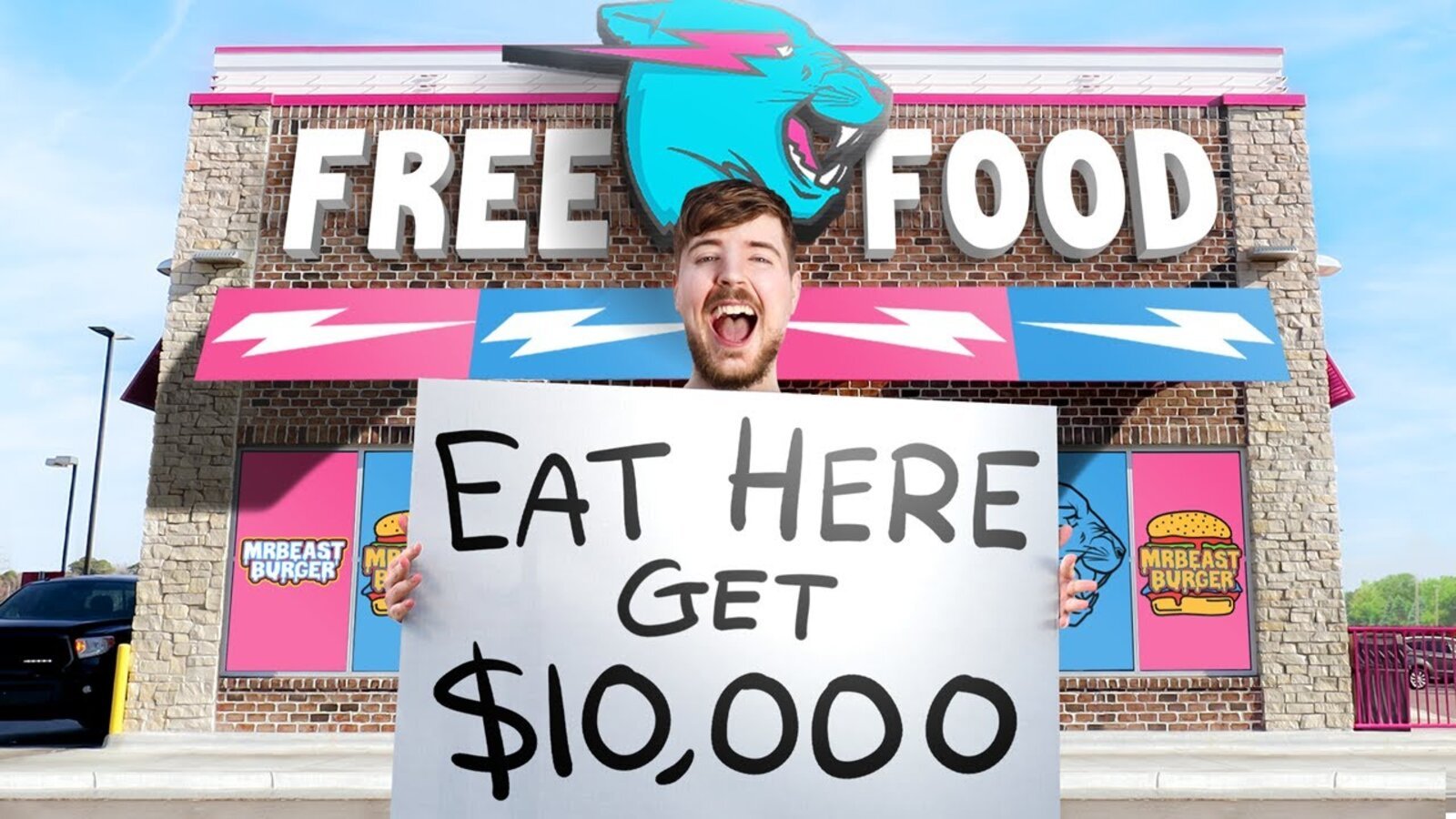 When they finally meet MrBeast, after he determines Jake Paul isn’t there to challenge him to a fight, Metro describes the video as “two friend groups that have nothing in common hanging out”.

Apart from the awkwardness in the video, Twitter wouldn’t let Jake Paul live down his cringey visit to MrBeast’s house. “Your channel is so dead you used MrBeast for views”, someone tweeted.

Were you surprised that MrBeast has a simple house and not a palace in LA like some other social media influencers? Are you a fan of his philanthropic work? Let us know what your favorite MrBeast video was in the comments below!