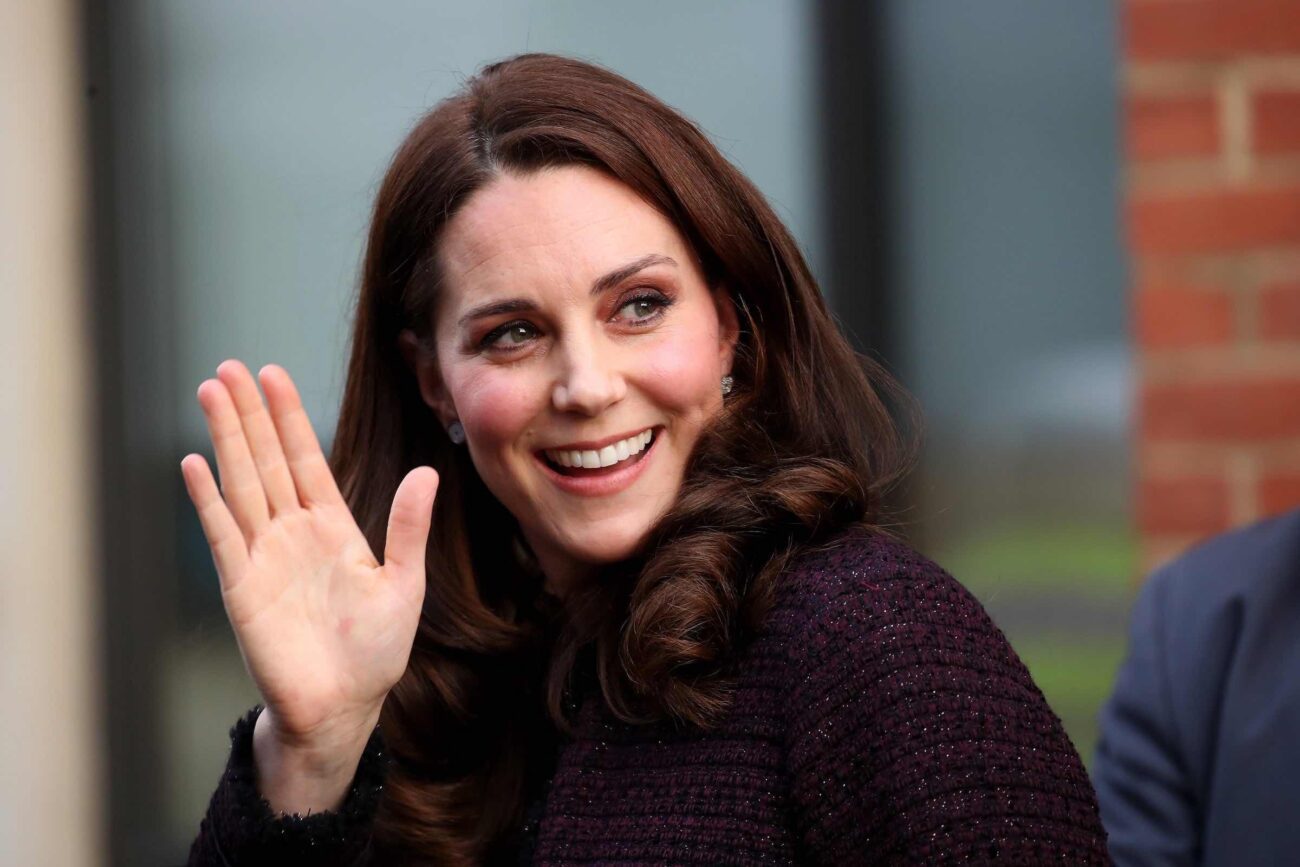 Does this red carpet look confirm Kate Middleton is pregnant?

One thing Kate Middleton is known for is dressing up to the nines whenever she hits the red carpet or goes out anywhere cameras might catch her. She definitely did not disappoint most recently when she stepped out at the 007 world premiere of Daniel Craig’s newest James Bond movie.

Rumors about if Middleton is possibly pregnant or not are constantly circulating since she’s such an interesting royal figure to follow. Here’s where the rumor came from and here’s what you should know. 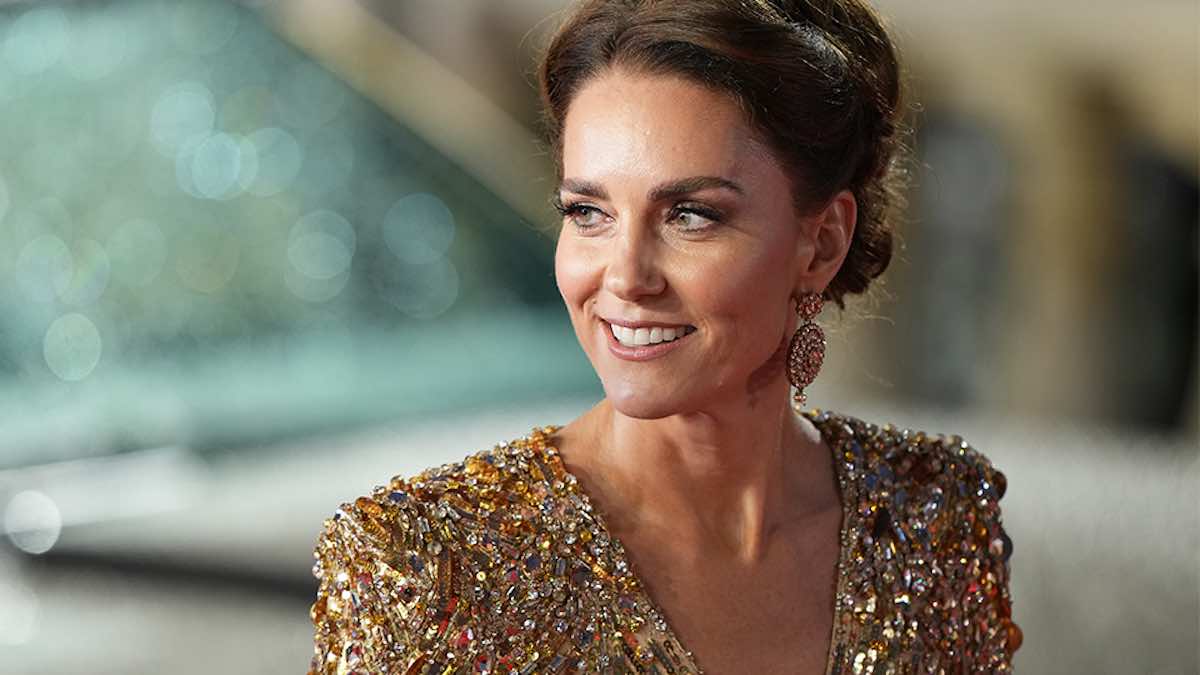 Kate Middleton, the Duchess of Cambridge, is the wife of Prince William. He’s the Duke of Cambridge and their royal marriage is a big deal in the UK. He’s second in line of succession to the British throne today making her a very likely future queen consort!  This high profile & super attractive couple share three kids together: Prince George of Cambridge, Princess Charlotte of Cambridge, and Prince Louis of Cambridge.

They already have three super precious children and the world wants to know if she has another one on the way. If so, it would just mean her already large family is totally expanding. In the past, whenever Middleton has gotten ready to announce a pregnancy, she’s switched up her hair to a brand new style before leading the world in on the beautiful secret. 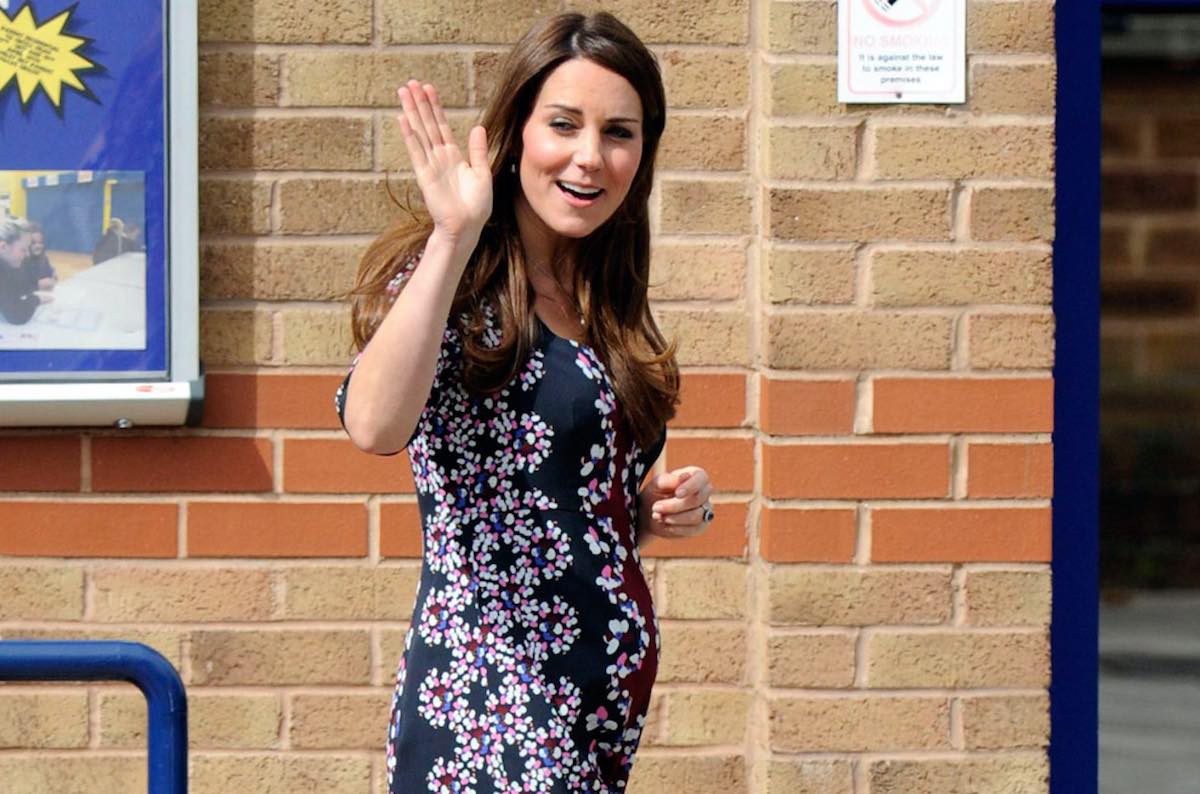 When she was pregnant with Lewis, her youngest-born son, she chopped her gorgeous long hair into a shorter bob haircut right before making the announcement. Now that she recently just walked the red carpet for Daniel Craig’s new movie, her hair is different again. she decided to wear her hair up in a new way she typically doesn’t go for and it’s causing people to ask questions. 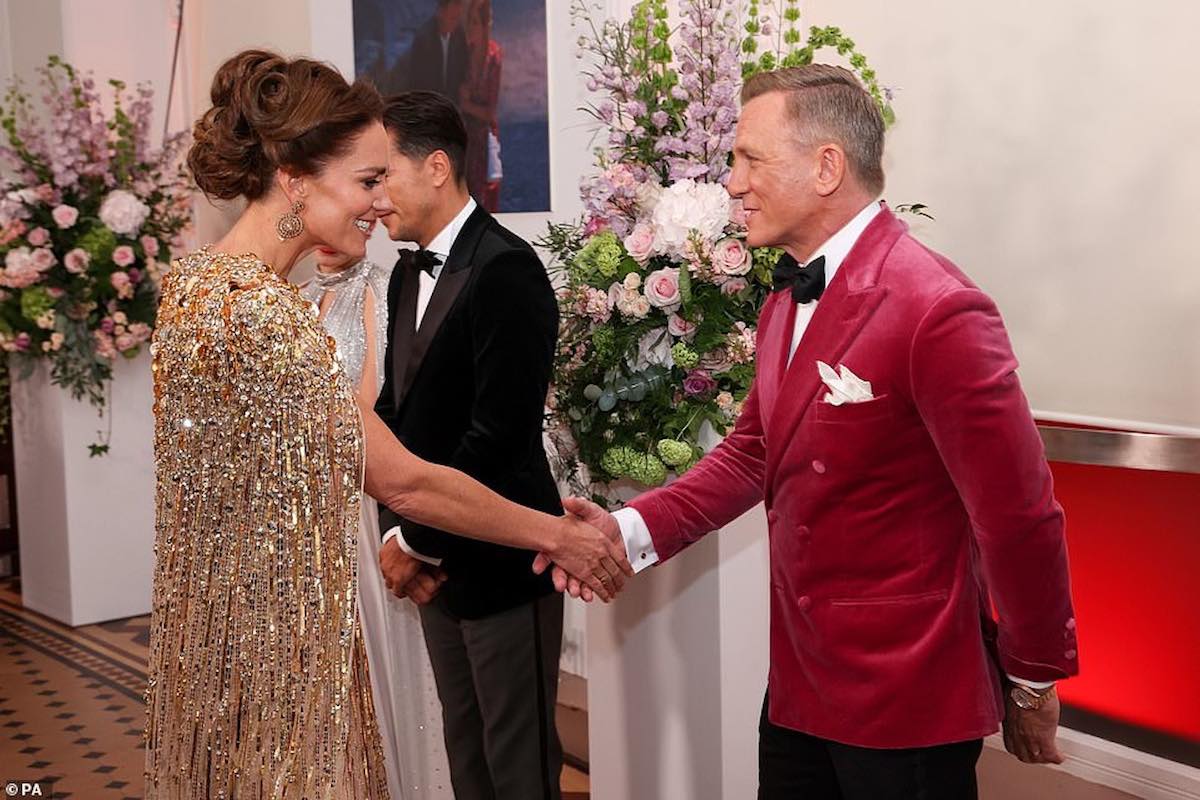 The last thing on Daniel Craig’s mind is whether or not Kate Middleton is pregnant, even though the rest of the world is seriously wondering. When Craig saw Middleton on the red carpet for the world premiere of his new 007 movie, he told her, “You look jolly lovely.” The compliment is an accurate one since Middleton was wearing a beautiful gold gown covered in sparkles designed by Jenny Packham.

Packham is a highly revered & respected British fashion designer who designed clothes for some serious A-list celebrities in the past. She’s designed clothes for Kate Winslet, Angelina Jolie, Carrie Washington, and way more in conjunction with her continual design relationship with Middleton.

Is the hairstyle Middleton chose to wear on the red carpet connected to a possible upcoming pregnancy announcement or did she simply want to allow more attention to be given to the beautiful dress she was wearing designed by Packham? 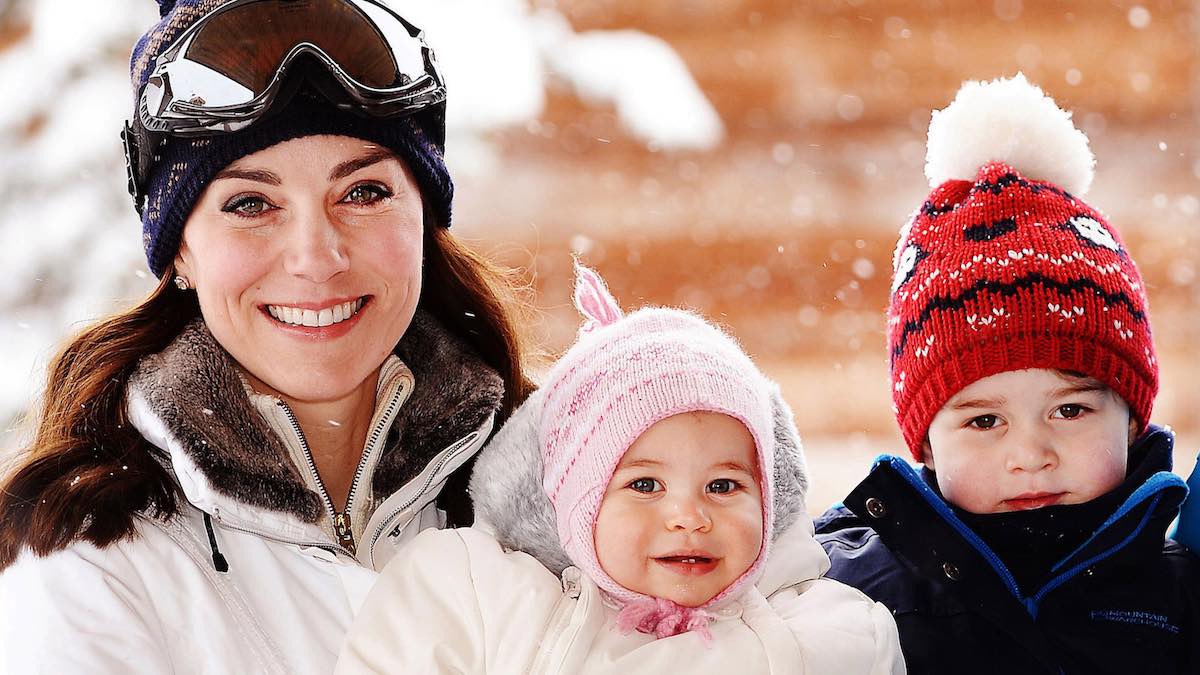 How Kate Middleton feels about motherhood

If Kate Middleton is indeed expecting her fourth child, the world is going to jump for joy & excitement for her and the new baby. Middleton totally enjoys motherhood & family life. According to HuffPost, she said, “Spending quality time together is such an important aspect of family life and for me, as a mother, it’s the simple family moments like playing outside together that I cherish.”

She’s a great mom and there have been countless pictures proving how much she loves spending time with her children outdoors. She’s raising her kids to be polite, respectful, and prepared for the future. As for now, she hasn’t confirmed if she has another little one on the way just yet. 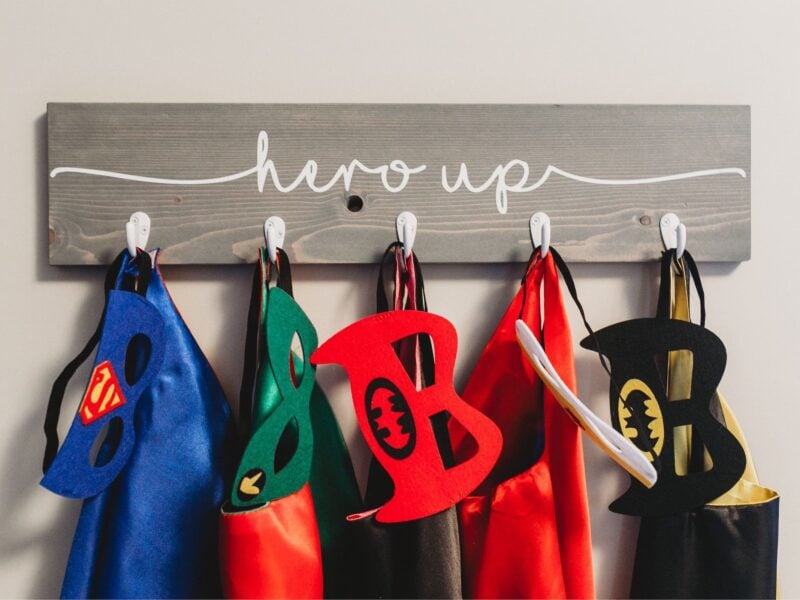