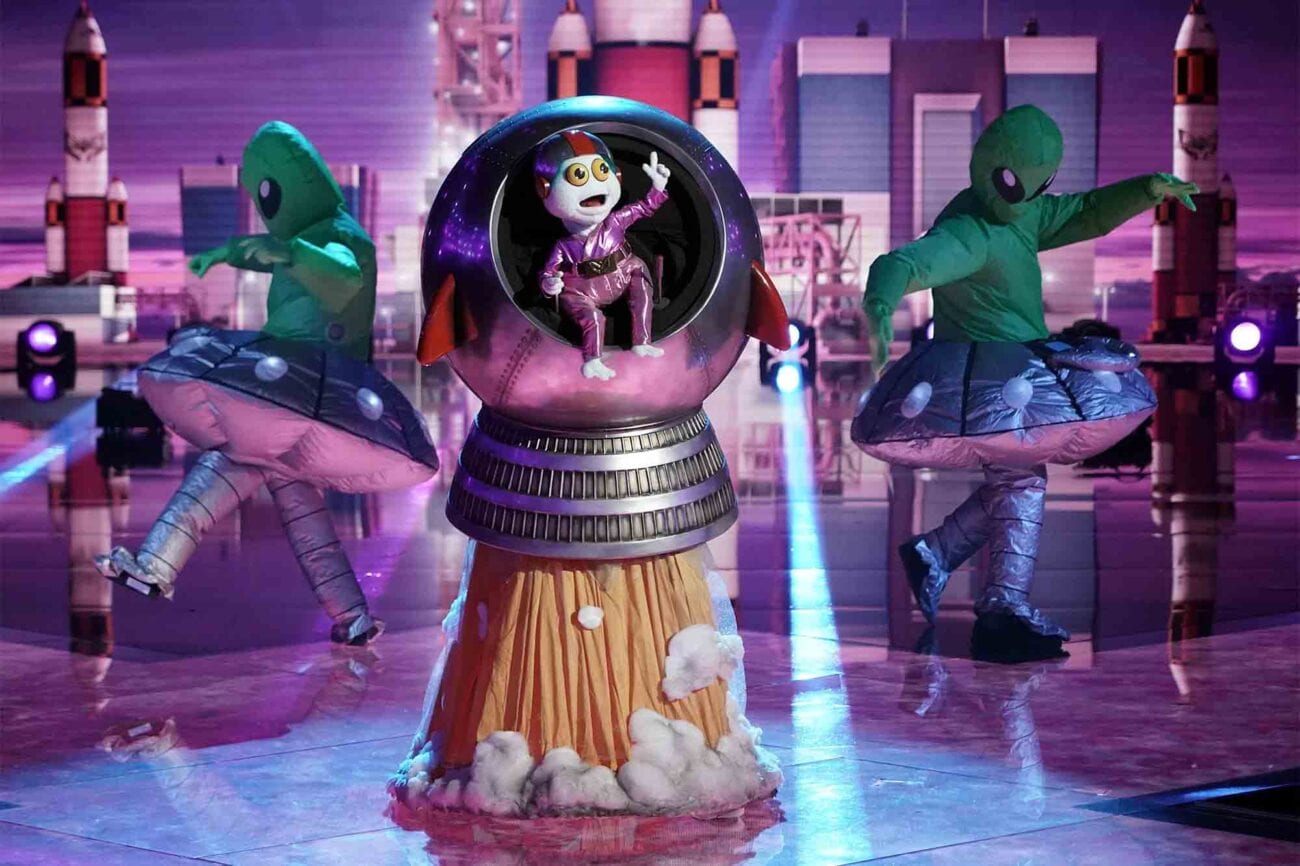 ‘The Masked Singer’ spoilers: We know who Baby Alien is

The Masked Singer has been a surprise hit for the Fox network. The reality show features celebrities hidden beneath impressive & intricate costumes while singing. This leaves the panelists Ken Jeong, Jenny McCarthy, Nicole Scherzinger, and Robin Thicke to guess what famous person may be under the mask.

The panelists have fun wondering whether they’re friends with whoever is currently on stage & viewers at home delight because they can play along trying to figure out if their favorite celebrity is the person gyrating in an animal costume. 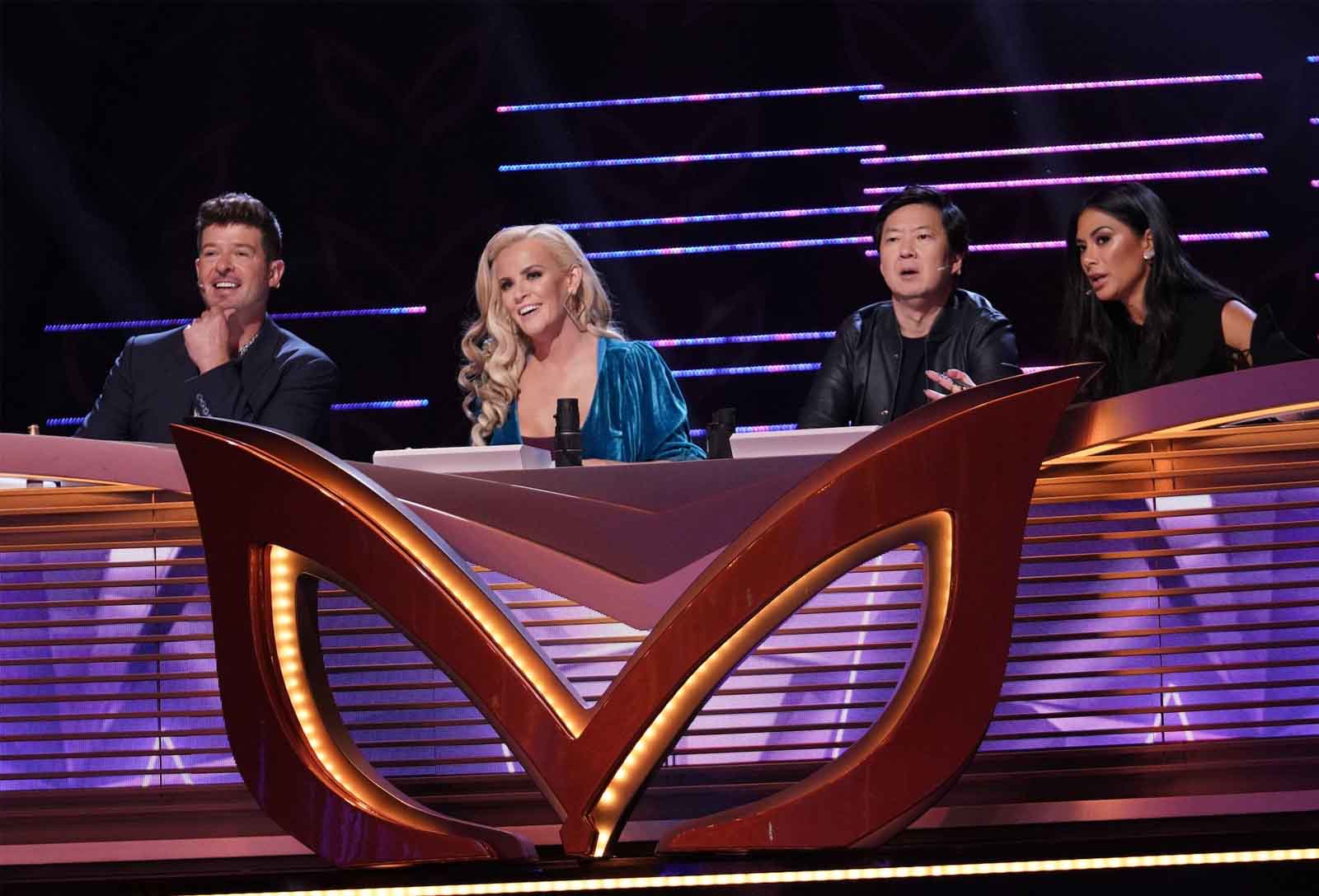 The other thing The Masked Singer has going for it is the fact they’re able to pull some big household names. Other shows like Dancing with the Stars appear to get stuck with people who have a tenuous relationship with fame at best – if The Masked Singer did this the game wouldn’t be fun because almost nobody would know who the celebs are. Getting people like Drew Carey and Dionne Warwick on the show creates exciting reveals that people actually have a shot at guessing.

Last night another contestant for The Masked Singer went home, let’s talk about who they were and who the panelists thought they were.

Spoiler alert: Reading further in the article contains spoilers for the October 14 episode of The Masked Singer. If you have not yet watched the episode read more at your own discretion. 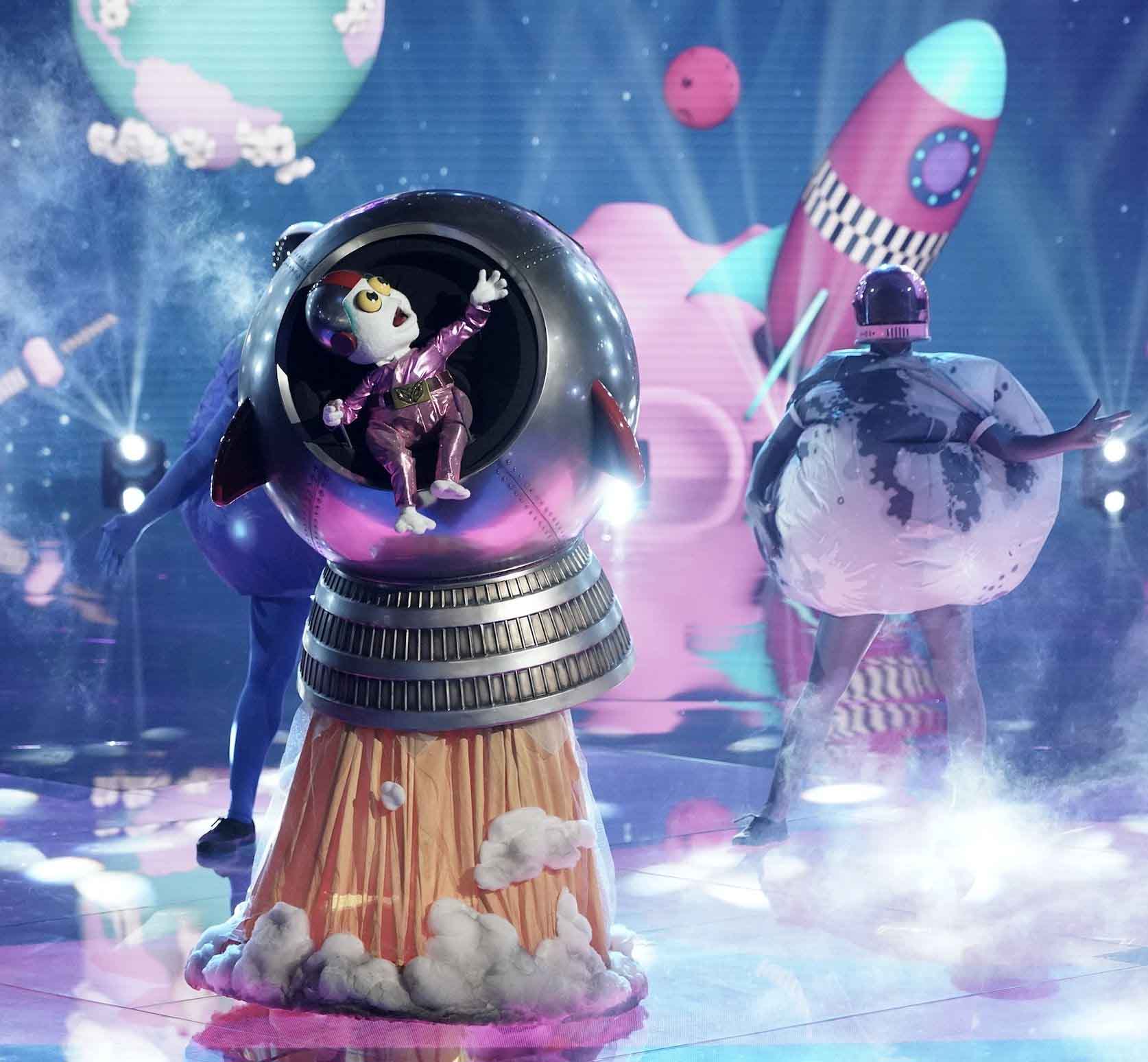 Group B performed once more to the judges’ joy – each contestant this season has been bringing jaw dropping amounts of talent to the stage whether they’re professional singers or not. Group B contains Serpent, Crocodile, Baby Alien, Whatchamacallit, and Seahorse.

Baby Alien was sadly the one voted off. This costume was a first for the show – the costume completely shrouded the singer in a flowy skirt and bulbous decorative sci-fi pod . . . thing. (Last night’s episode actually featured the panelists debating what the pod thing is supposed to be – eventually deciding it was an alien crib.) Within the pod rested a full on muppet-like puppet.

This meant not only did the person performing have to practice singing and hitting their marks on stage, they also had to learn puppetry. To top it off, the costume apparently weighed around forty pounds. 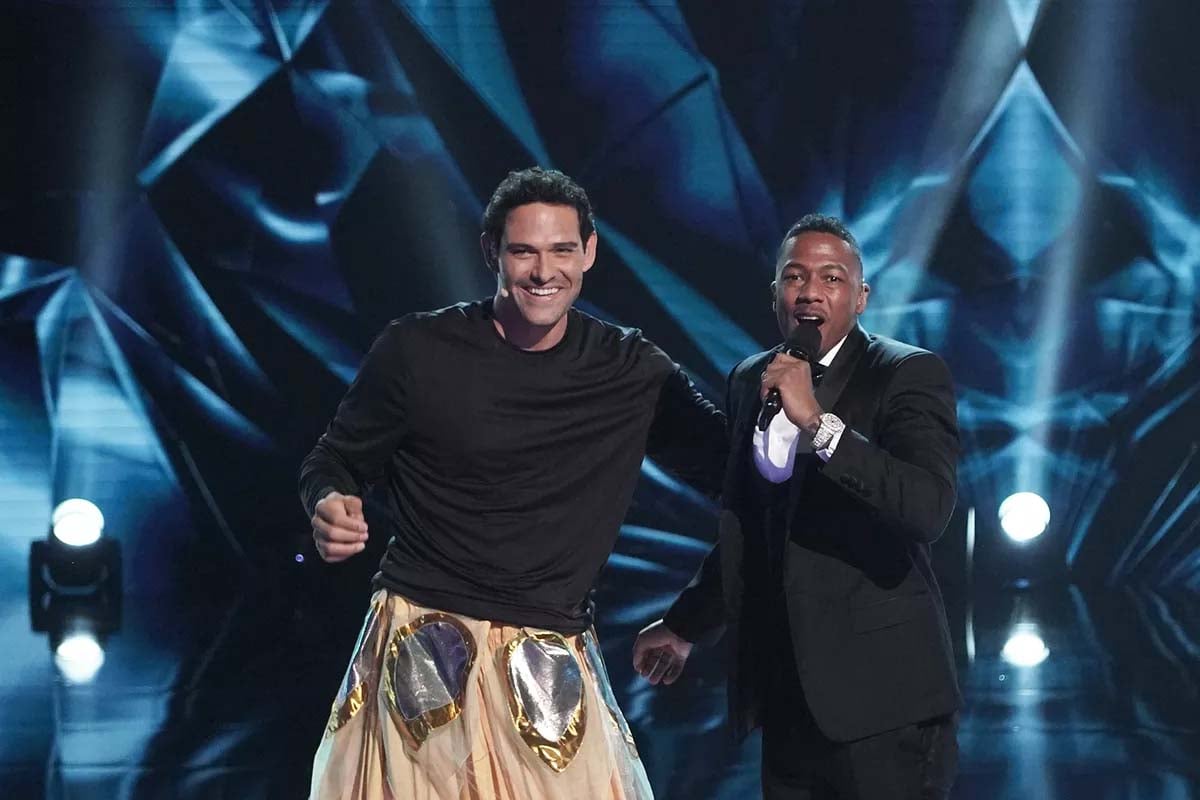 Who Baby Alien is

Baby Alien was portrayed by former quarterback and current ESPN college football analyst/announcer Mark Sanchez. The song he went home on was “It’s Time” by Imagine Dragons. The cover was pretty good, especially when you find out Sanchez was practically being crushed by the top half of his costume, but sadly it wasn’t enough to keep him this week since everyone else had their own impressive performances.

Sanchez approached this new challenge in a similar way he approached football preparation saying he created a regimen which included review of his previous performance and compartmentalizing each task he needed to learn. Sanchez said, “I also wore a really heavy backpack when I would practice at home. Just put some dumbbells in it and made it like 35 to 40 pounds and started belting out tunes in the house.” 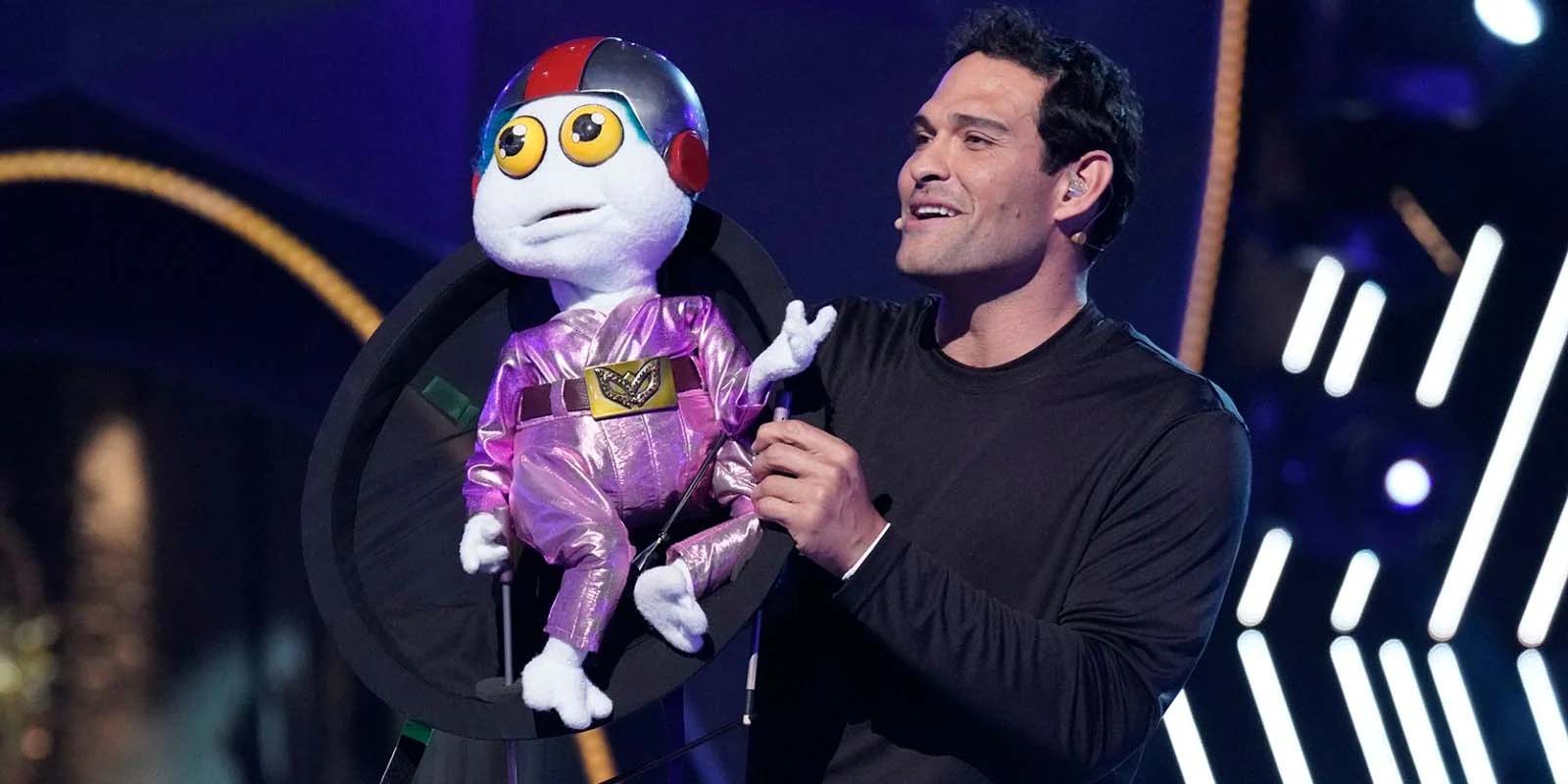 This week the panelists struggled to guess who the singer before them was; none of the three panelists were able to figure out who the performer was, nor was guest judge Joel McHale – honestly we feel like producers should just go ahead and offer him a permanent position on the panel since he’s on so often.

The guesses were as follows: Robin Thicke thought it was Jason Biggs, Jenny McCarthy thought it was Nick Kroll, Ken Jeong thought it was Freddie Prinze Jr., and Nicole Scherzinger thought it was Jeff Dunham. “Guest” judge Joel McHale guessed Tom Brady, so he was kind of on the right track by guessing a football player.

None of the judges’ first impression guesses were correct either, which means the judges’ scores remain unchanged. There is a three-way, one point tie between Scherzinger, Thicke, and McCarthy, while Jeong trails behind the pack with no points. At this point anyone could win the Golden Ear trophy . . . but it probably won’t be Jeong. 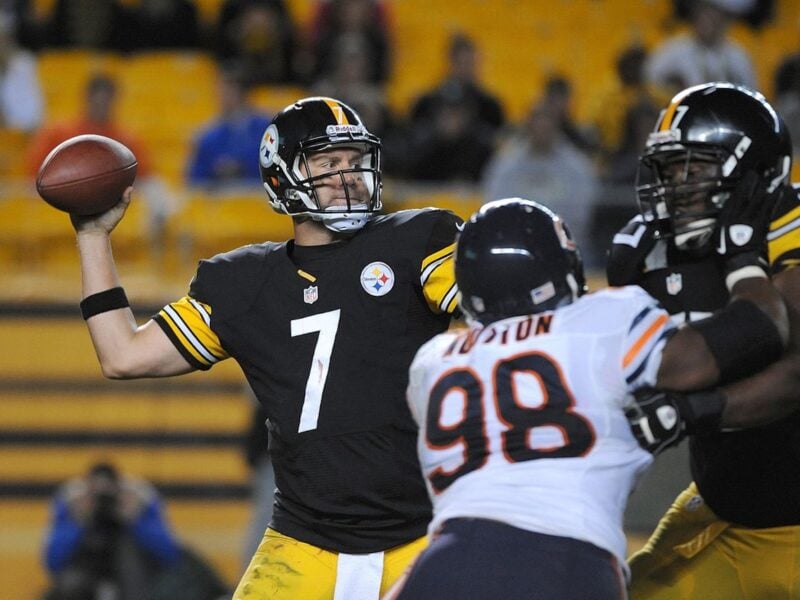 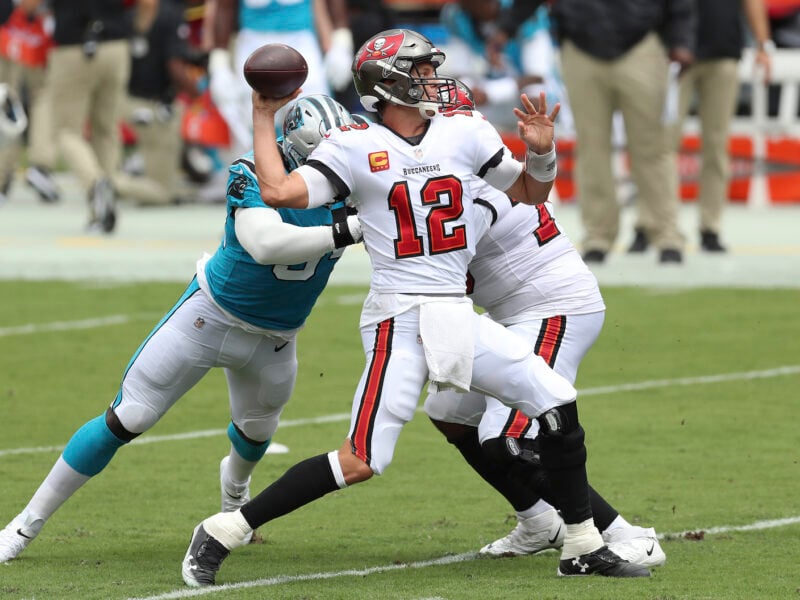