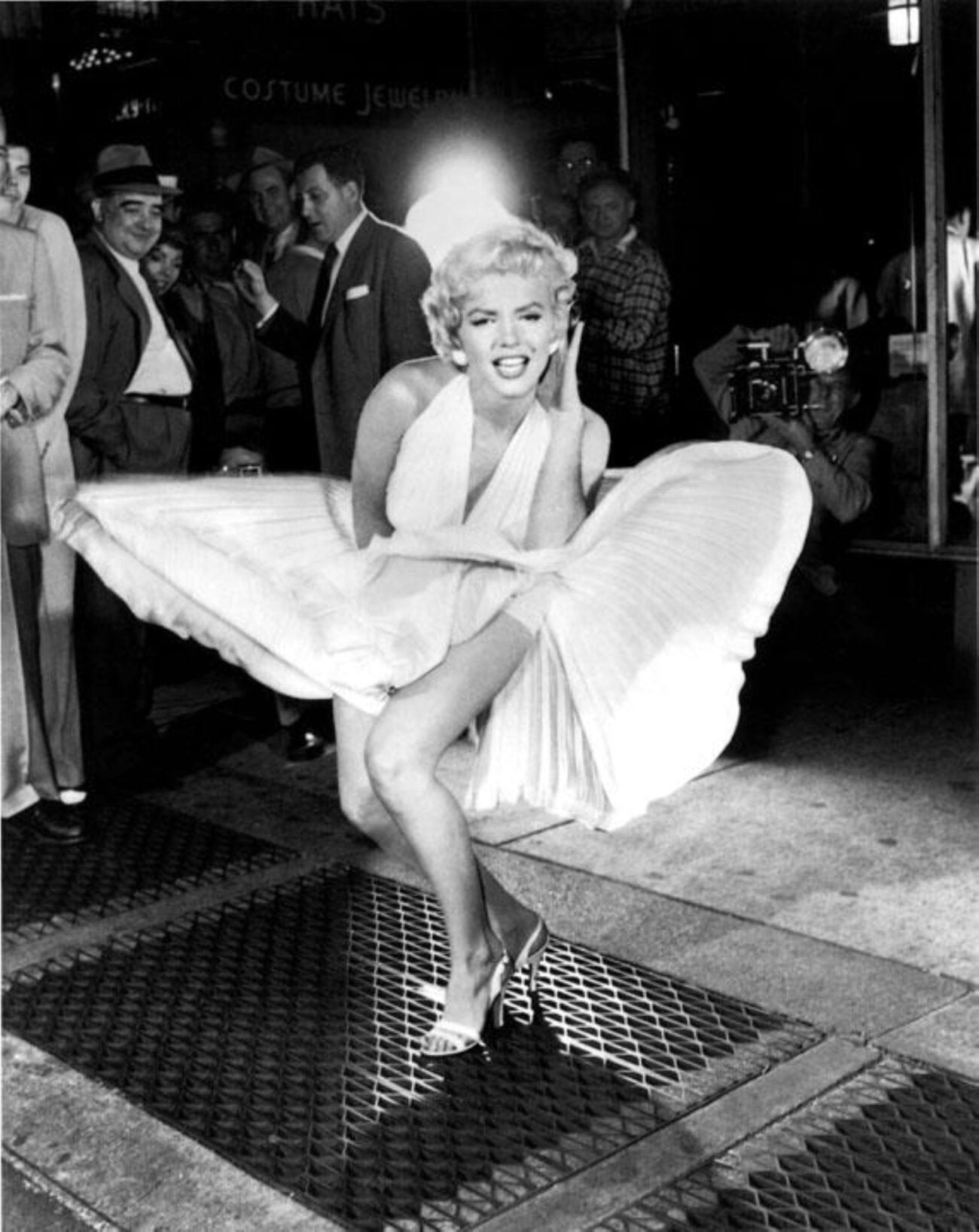 Marilyn Monroe these days is known for an image in a white dress standing on an air vent in New York City. As an afterthought one might also remember that she was an actress.

However, since her death, Ms. Monroe has also been the subject in a number of conspiracy theories. Many people believe her death wasn’t suicide, despite what the coroner reported.

Before her death, Marilyn was under very careful observation by her psychiatrist Ralph Greenson, due to severe depression and a history of substance abuse. Greenson had prescribed barbiturates to Marilyn for her depression.

Marilyn was found dead in her room by her housekeeper in the early morning hours of August fifth, a Saturday, in 1962. The cause of death was determined to be probable suicide – not an accidental overdose. The coroner came to this decision based on the fact she had ingested such a massive amount of her sedatives.

The fact that Marilyn was found naked on her bed with a phone in hand was not enough to convince the coroner of foul play. 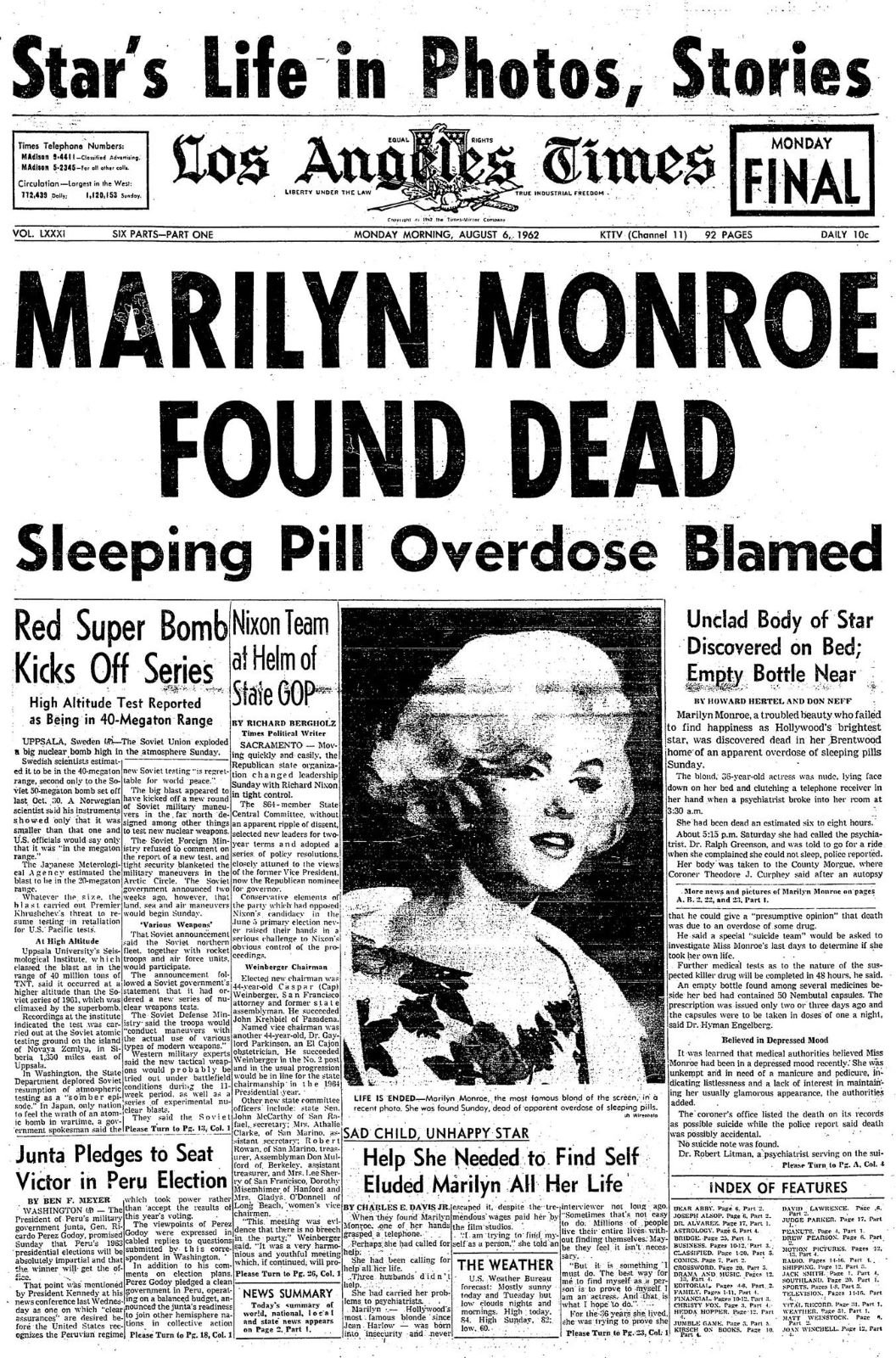 Ever since Monroe’s death, there have been prevalent and unrelenting theories saying she was murdered in reality. The rumors were so compelling that the Los Angeles District Attorney reopened the case in 1982. However, the case was quickly shut again with the same conclusions made in ‘62.

Of course, conspiracies take on a life of their own, and people still whisper about the death of Marilyn Monroe to this day. Here are some of the most interesting theories about what may have actually happened to Marilyn.

Most people know about the rumor Marilyn Monroe had an affair with John and/or Robert Kennedy. So it’s no surprise the most popular conspiracy is that these high-ranking US officials used their resources to have her killed.

People tend to believe Marilyn slept with at least one of the Kennedy brothers due to rumors she openly admitted it to close friends, and even her psychiatrist.

If Monroe were loose-lipped about an affair, people believe it’s entirely possible one or both of the Kennedys had her murdered and covered it up to protect their public images. 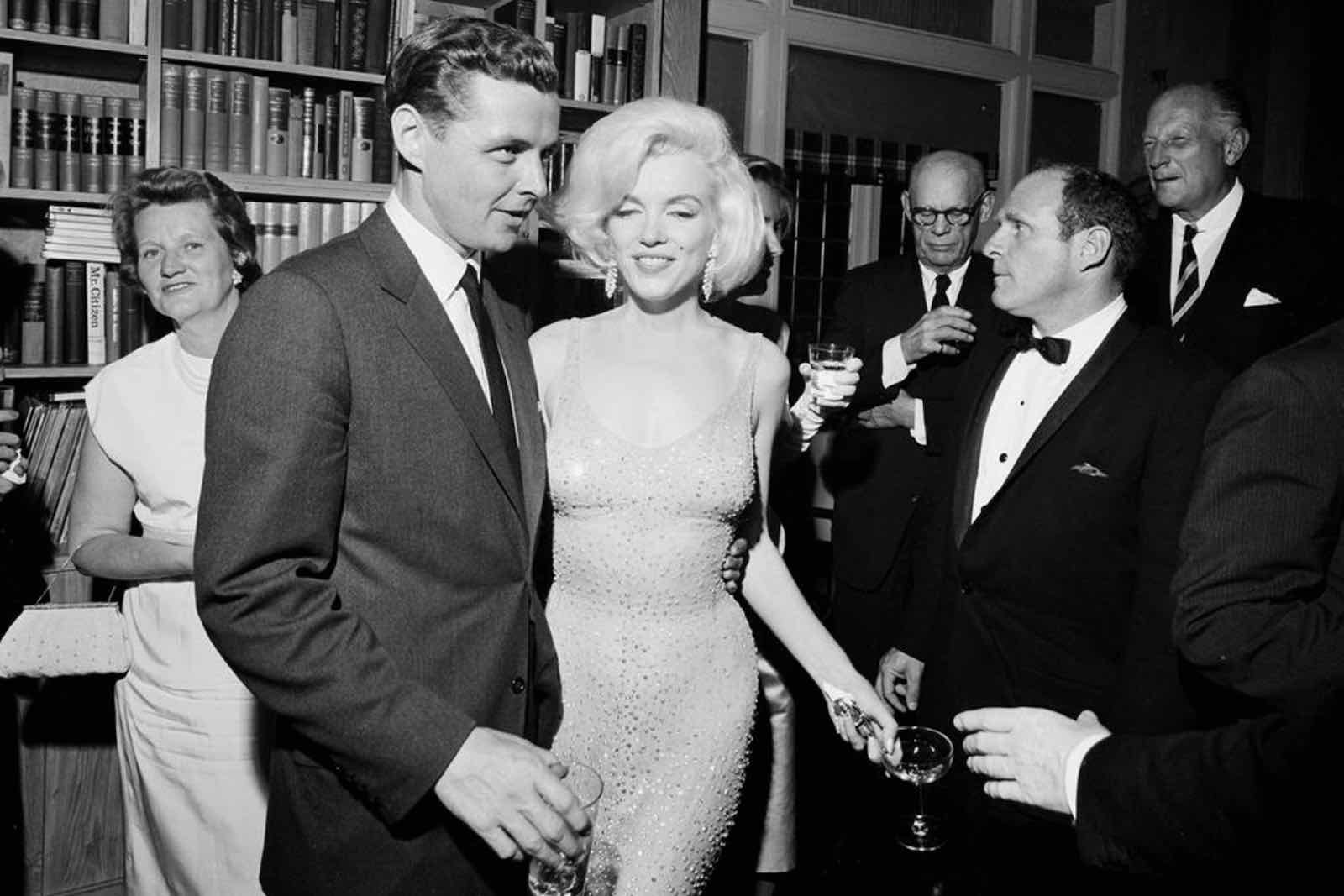 Others claim Monroe was not only touting her affair in private, but also collecting government secrets in a “red diary” from her trysts. If this were the case, that’d be all the more reason for the Kennedys – or totally different public officials – to want her shut up for good.

Eyewitness Lionel Grandison, a coroner who worked at the morgue to which Marilyn Monroe’s body was brought, claims to have seen her red diary. He also recalled Monroe’s body was covered in bruises, a fact left out of the autopsy report.

However, the 1982 reopening of the case threw out all of Lionel’s statements due to the fact he had been fired from the coroner’s office over stealing from the corpses he worked with. 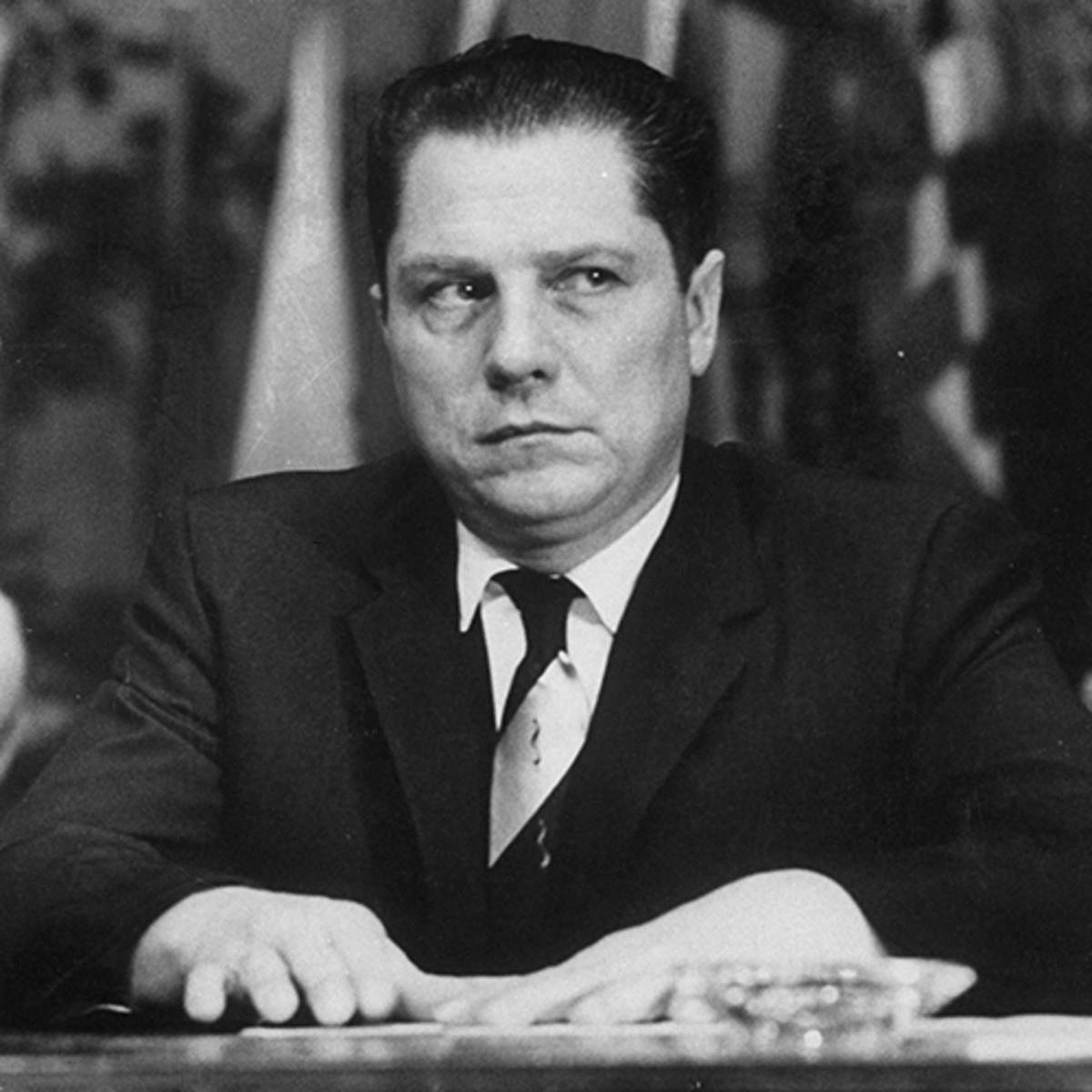 This theory is based mainly on two unreputable books and an eyewitness report from the coroner’s office. Given Monroe was having an affair with Robert Kennedy, the story goes that Jimmy Hoffa had Marilyn killed because Robert Kennedy was adamantly working to get Hoffa arrested: a story of revenge. 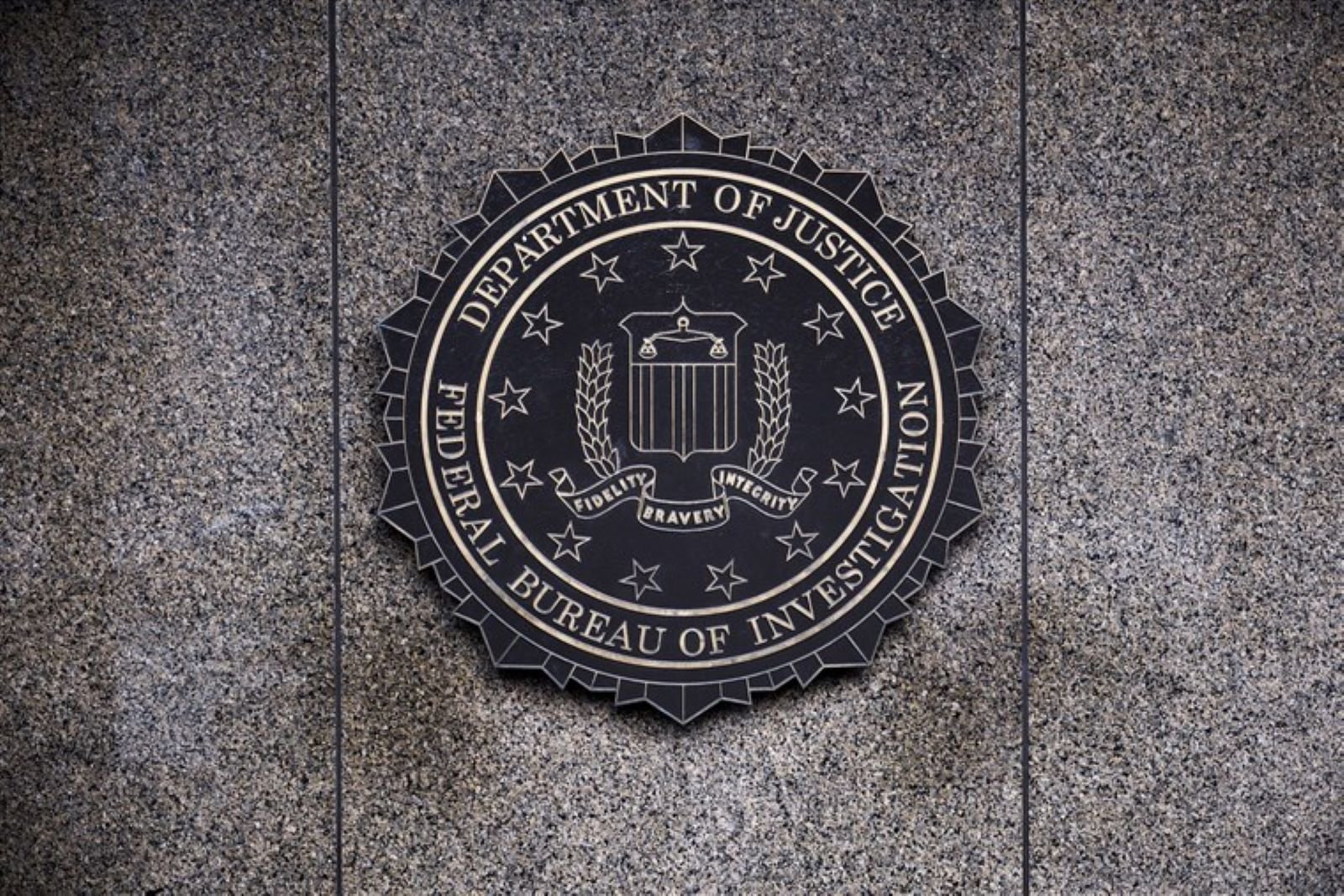 The CIA and/or FBI

Others believe Marilyn Monroe was either a Communist sympathizer or friendly with sympathizers.

Because of this belief and the claims of Monroe’s dangerous red diary, some believe the CIA and/or FBI had Monroe taken out. Compounded with the idea that Marilyn was involved with at least one Kennedy, this narrative is rather compelling.

A communist sympathizer collecting government secrets from high-ranking US officials would have been an absolute nightmare for the government in 1962, or any time really. 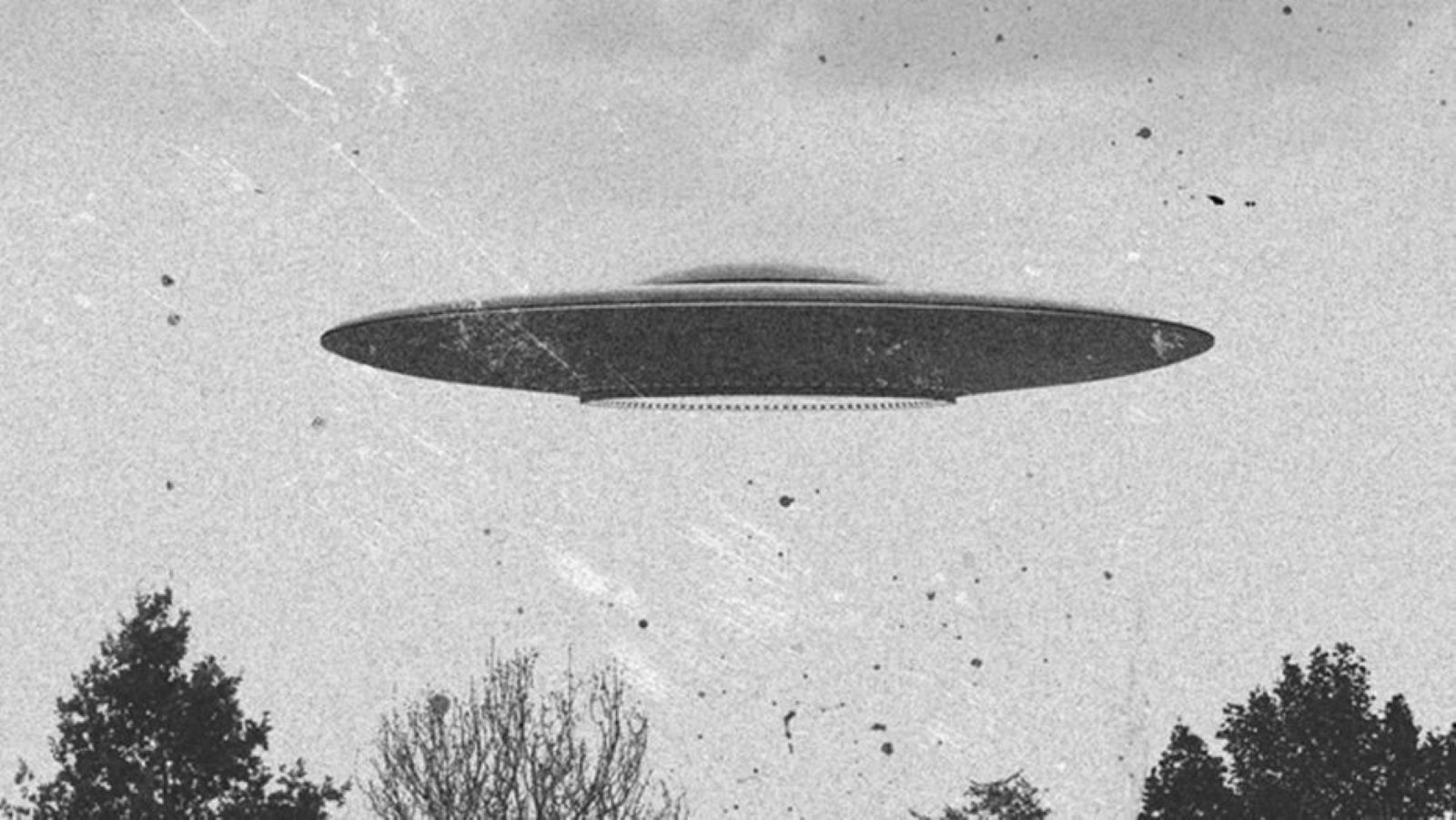 Every grouping of conspiracies seems to have a UFO theory, and Monroe’s death is no different. Monroe’s UFO theory is described most cogently by Dr. Steven Greer.

This theory, like most, rests firmly on the assumption Monroe was having an affair with John F. Kennedy. Greer is of the mind that Kennedy told his lover all about the 1947 purported UFO crash in Roswell, New Mexico. 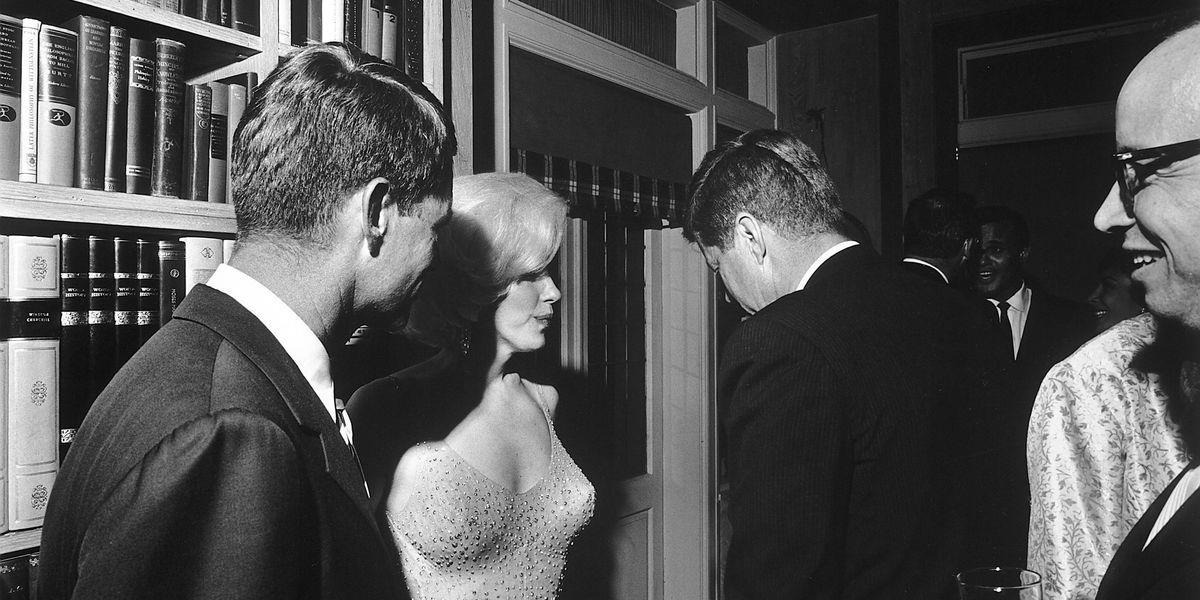 Greer claims to have found a CIA document from two days before Monroe’s death reporting that Kennedy told Monroe about what he had seen from the saucer wreckage. Greer also describes incriminating classified wiretaps in which Monroe plans a press conference to tell the world everything Kennedy had revealed regarding ETs and their craft.

Thus, the US government would have had Marilyn murdered in order to keep the secrets of Roswell and extraterrestrials. 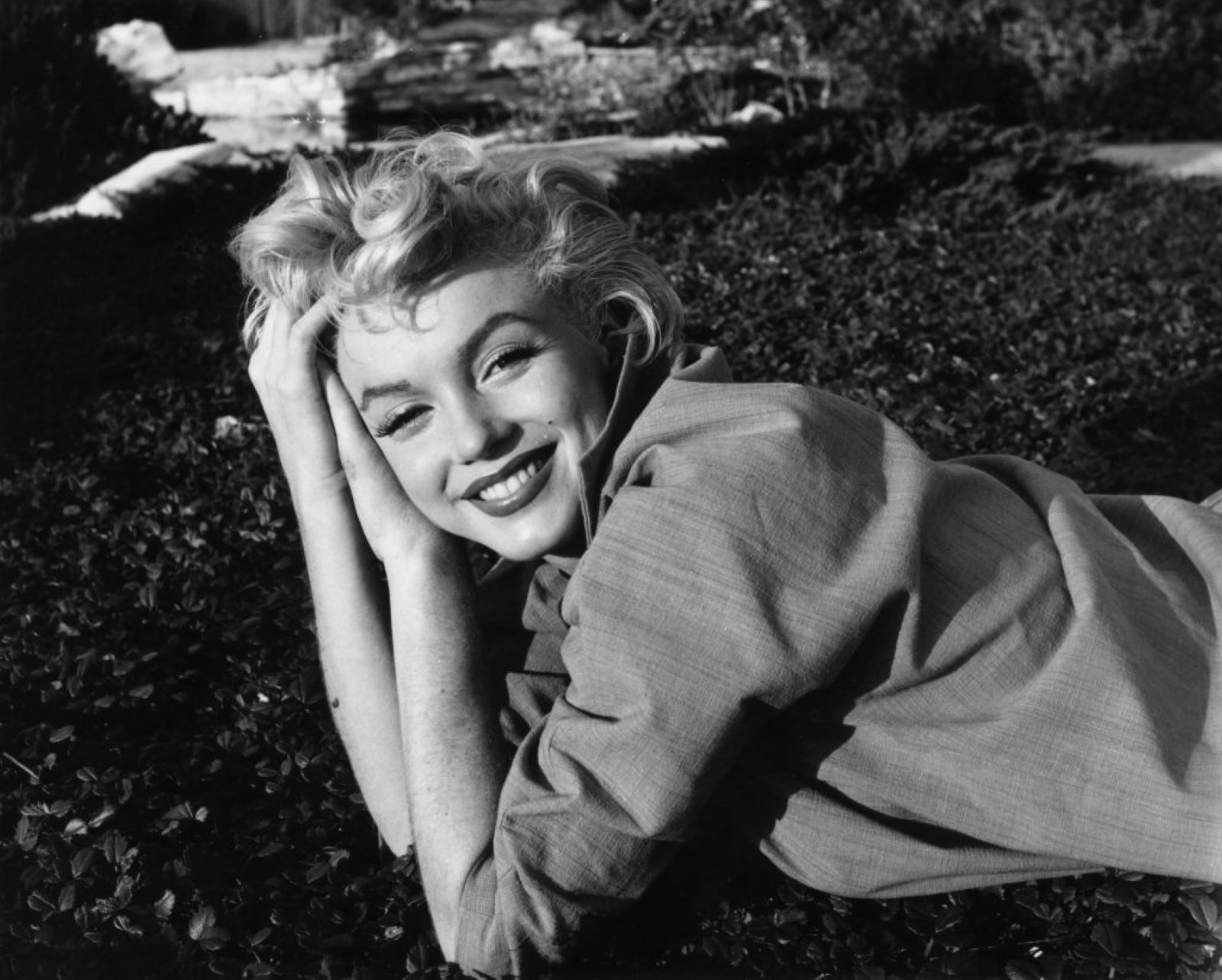 Odds are people will discuss the untimely death of actress Marilyn Monroe for years to come. The further removed people are from the event the harder it will be to ever know for sure what may or may not have happened.

Fact and fiction will blur, credible sources and not-so-credible sources will get mixed, and the stories will start to make less sense. At this point, everyone has to come to their own decision on what they think happened that night . . . until some hackers open our eyes with verifiable documents, that is. Thank the Greys for WikiLeaks.