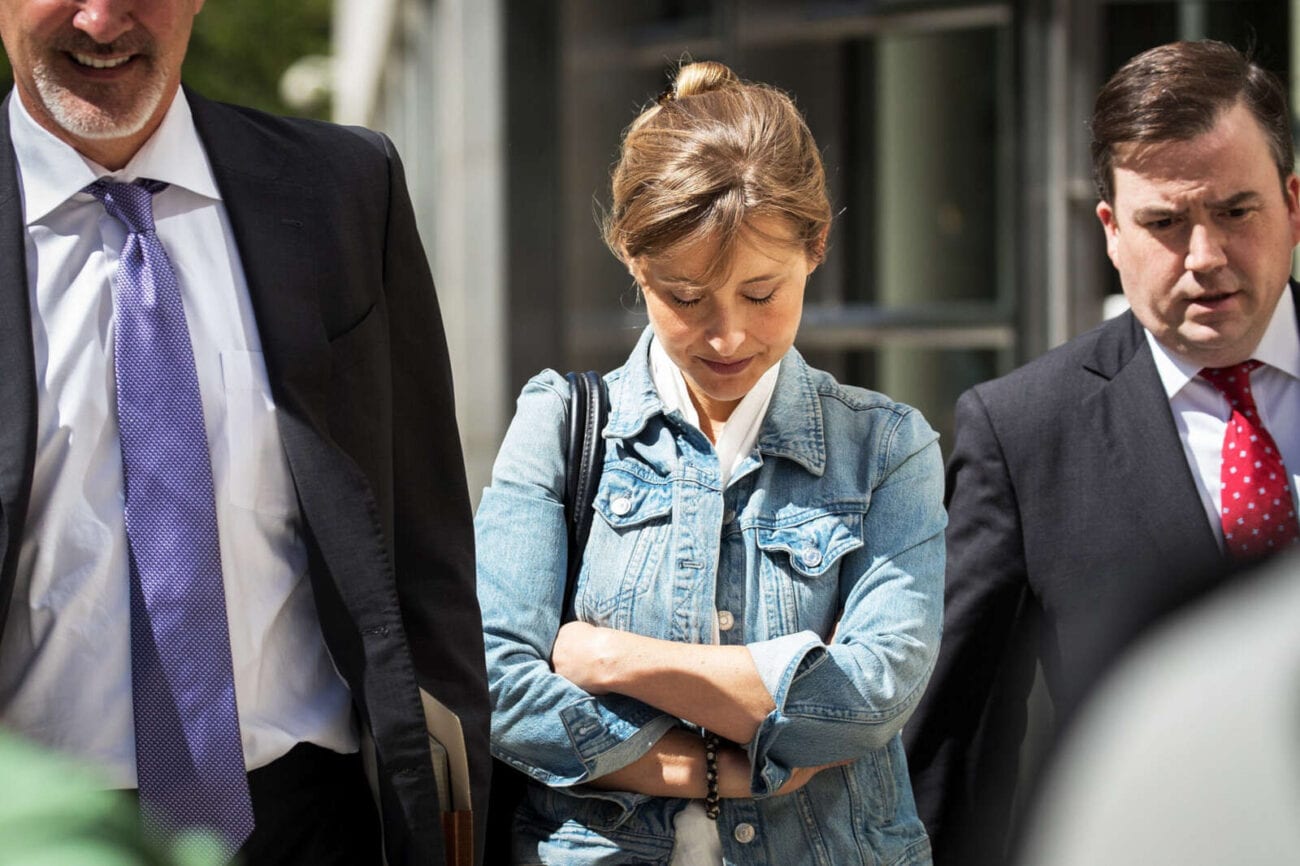 Allison Mack sentenced: Will she serve time for helping the NXIVM cult?

It’s been nearly four years since The New York Times broke the NXIVM cult story. It’s been nearly three years since NXIVM ringleaders, including cofounder Keith Raniere, were arrested. Now, one of the most prominent figures in NXIVM’s inner circle has been sentenced.

Smallville actress Allison Mack pleaded guilty to racketeering and racketeering conspiracy in 2019. However, more serious charges had been levied against her, including sex trafficking. Rumors also abounded that Mack came up with the idea of branding women in NXIVM’s secret sorority, DOS, where the majority of these horrifying crimes took place.

Now, after two years of awaiting sentencing – and asking for no jail time – Allison Mack is in front of the judge to learn her fate for her part in the NXIVM cult. 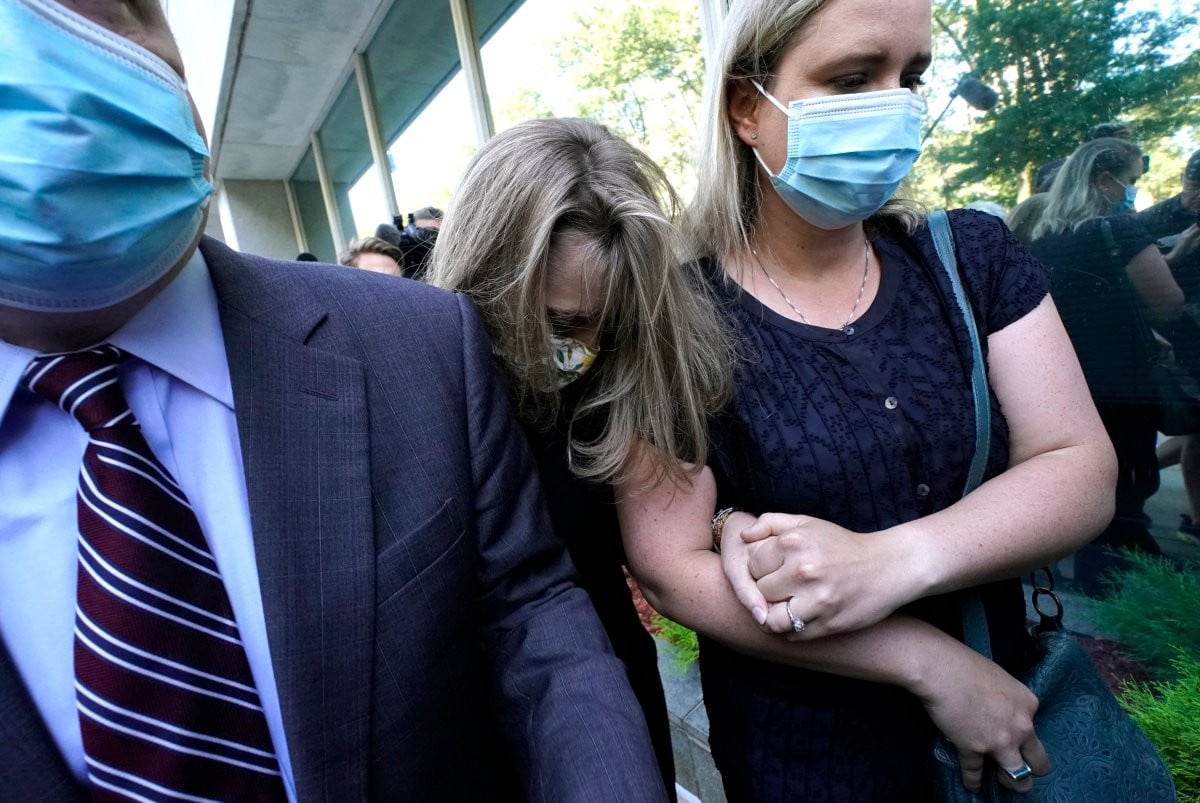 U.S. District Judge Nicholas Garaufis handed down the sentence at 12:30 in a court in New York. Garaufis also presided over other NXIVM trials, including the sentencing of ringleader Keith Raniere and NXIVM’s financial powerhouse, Clare Bronfman.

Garaufis sentenced Bronfman to nearly eight years in prison for her role in NXIVM, more than the initial five years the prosecution asked for. Raniere received the stiffest sentence: 120 years in prison. 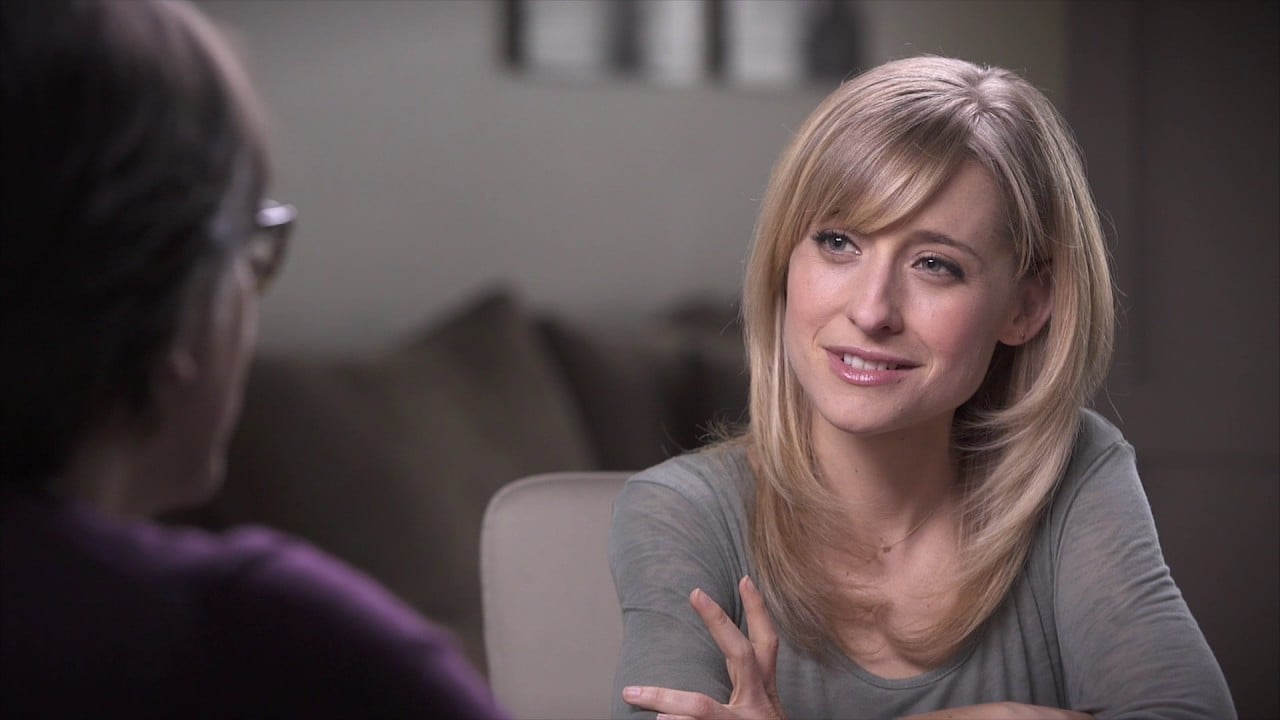 According to HBO’s The Vow, DOS was started in the mid-2010s as a secret organization in the NXIVM cult. DOS’s stated purpose was to hold women in NXIVM more accountable to their goals. However, the tactics they used were high-control, including limiting members’ caloric intake, having stringent check-ins, and using blackmail called “collateral”.

It’s unclear when the branding began, but whistleblower Sarah Edmondson revealed that her branding ceremony took place in February 2017. She described having to strip down naked and lay on a table as she was branded. Several times, including on The Vow, she compared the pain to childbirth. She also recalled that she was branded at Allison Mack’s house.

Edmondson, along with former members, first went to Frank Parlato, an outspoken former NXIVM member who kept tabs on the group via The Frank Report. After breaking the story there, they took their accounts to The New York Times, which broke the NXIVM cult story that summer. Then, the FBI began an investigation lasting nearly a year before arresting NXIVM’s inner circle. 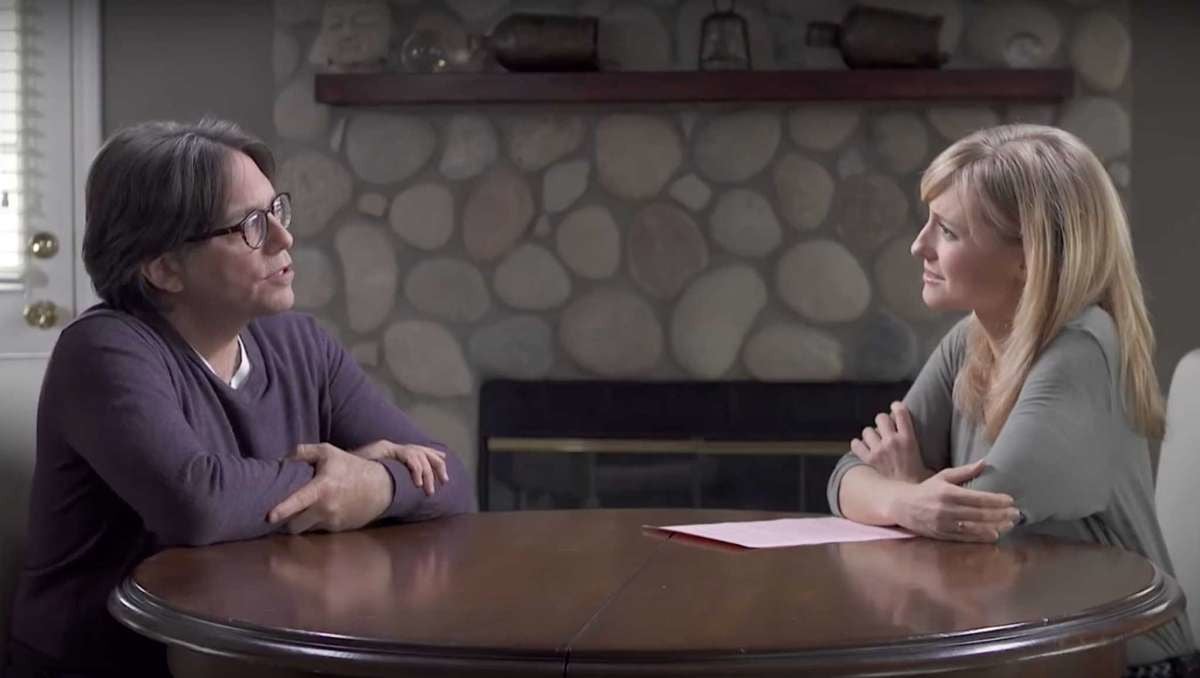 ABC referred to NXIVM as a “multi-level marketing scheme”, but to outsiders, it functioned more as a self help group, targeting rich & powerful people with money to spend on their courses. NXIVM was composed of many splinter groups, including groups exclusively for men & women. While the group seemed like an innocuous self-help group, there was a serious dark side.

The allegations against NXIVM also included blackmailing former members and filing frivolous lawsuits against them, sex trafficking, and kidnapping. Former NXIVM leader Keith Raniere was accused of statutory rape with multiple underage victims. One of his victims had her passport withheld from her and was kept in a small room according to charges against Raniere. 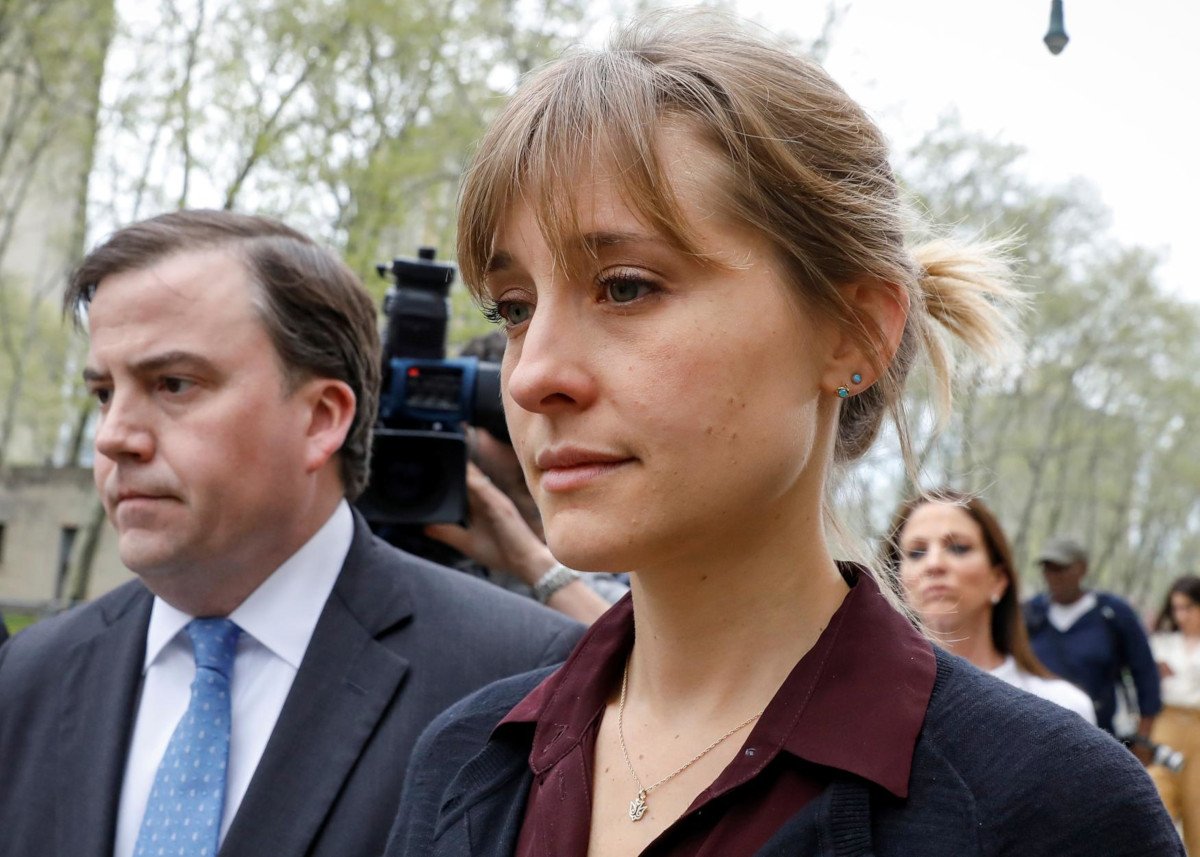 Before being sentenced, Allison Mack read an apology for her role in NXIVM’s DOS cult. While she didn’t mention the branding, she expressed: “I am sorry to those of you that I brought into Nxivm . . . I am sorry I ever exposed you to the nefarious and emotionally abusive schemes of a twisted man (Raniere)”.

Mack’s defense team argued for no prison time, pointing to Mack’s stated remorse and the steps she was taking to better herself. The claimed she “turned her life around and earnestly dedicated herself to rehabilitation, renunciation of Keith Raniere and those who supported him, and making amends”.

According to CNN, Allison Mack also cooperated with the investigation, turning over audio that proved Keith Raniere was aware of the branding in NXIVM. “The person should ask to be branded . . . And they should probably say that before they’re held down, so it doesn’t seem like they are being coerced”, he said on the tape. 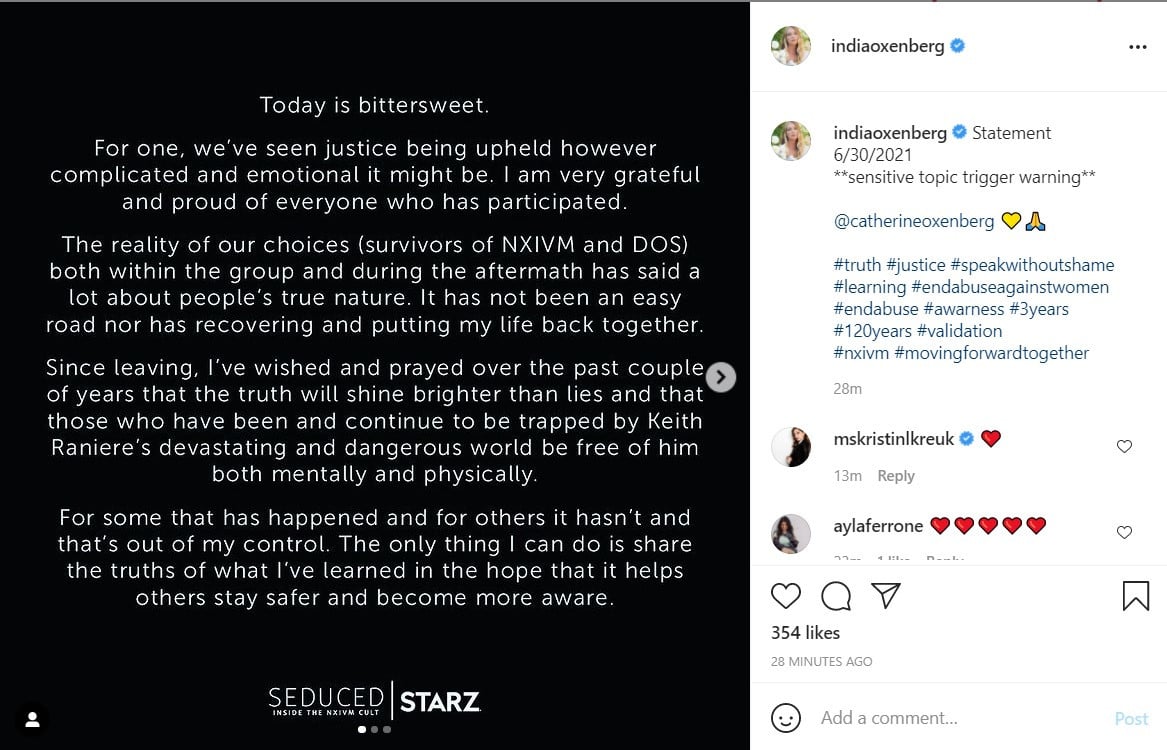 Neither Sarah Edmondson nor Mark Vicente have written on their social media accounts about Allison Mack’s sentencing as of this article. However, India Oxenberg wrote a statement about Mack’s sentencing on her Instagram page, calling today “bittersweet”.

“The reality of our choices (survivors of NXIVM and DOS), both within the group and during the aftermath, has said a lot about people’s true nature. It has not been an easy road nor has recovering and putting my life back together.”

Jessica Joan, the victim who appeared in person today, reacts to the sentence pic.twitter.com/ObWaYWmZuU

Frank Parlato also covered Allison Mack’s sentencing. He stated that only two women delivered statements in person. One, Jessica Joan, came because she stated she was horrified at Allison Mack’s request for only probation. Joan further called Mack a “monster” and “a predator”. Joan expressed that she wished Mack’s sentence had been a lot longer but stated outside the courtroom that she respected the judge’s decision.

Victim impact statements were also read, calling Mack a “demon of a woman” and detailing Mack “groomed me to become a sex slave for her beloved Keith Raniere” and that Mack “was always trying to probe into her psyche.”

Do you think Allison Mack’s sentence was too lenient for her role in the NXIVM cult? Let us know in the comments! 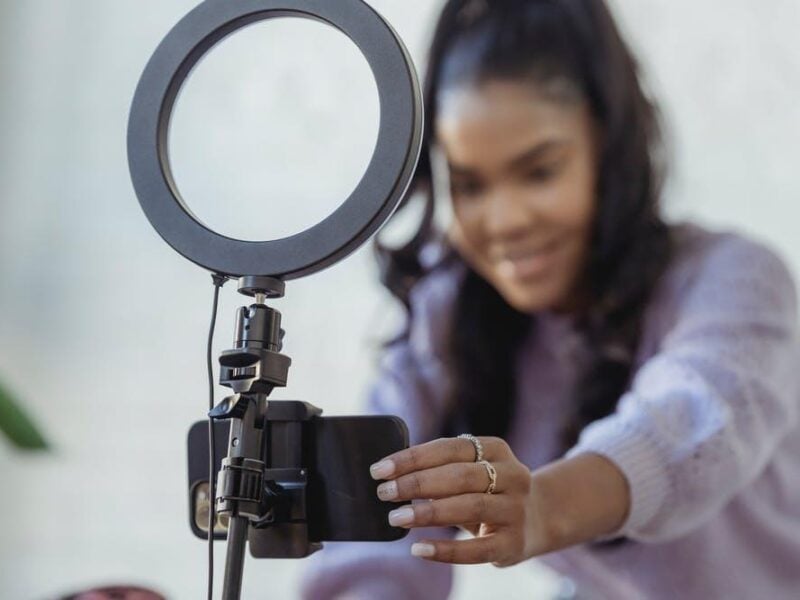 Top Tips for Creating Video Content to Grow Your Brand