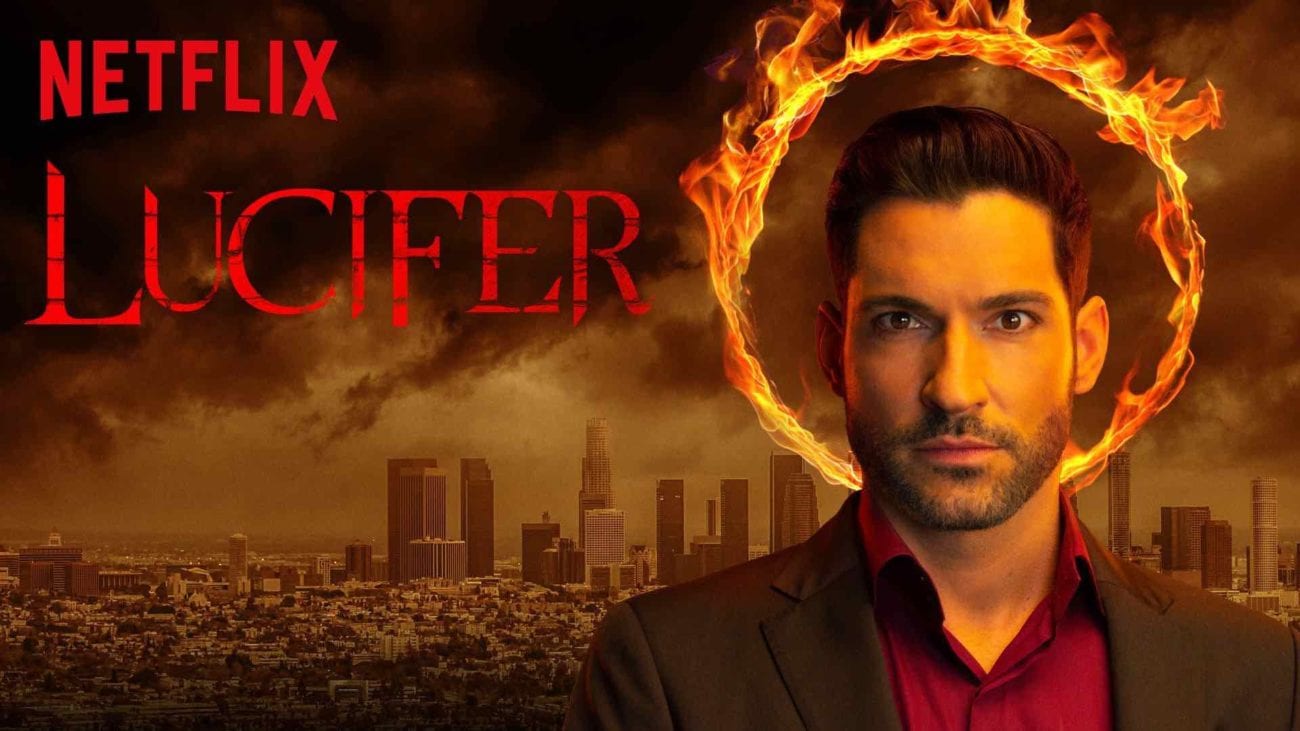 Everything to know about ‘Lucifer’ S5 on Netflix

Unfortunately, it’s almost time for the King of Hell to return home. Netflix’s Lucifer (formerly on Fox) has been through a lot in the past few years. After a surprise cancellation, Netflix swooping in to save the day, and a record-breaking fourth season, Lucifer has been renewed by Netflix for a fifth & final season.

The crime thriller features Tom Ellis as a different version of Lucifer than we’re used to seeing depicted on film and TV: he’s the king that got sick of hell and took a vacation to L.A., running a nightclub until he crosses paths with Detective Chloe Decker (Lauren German) and becomes a civilian consultant for the LAPD.

We’ve seen a lot from Lucifer over the years, from God having a wife (and probably pissing off every Christian watching), to Cain becoming a lieutenant in the police department, to Lucifer going back to hell since every demon is trying to break out. 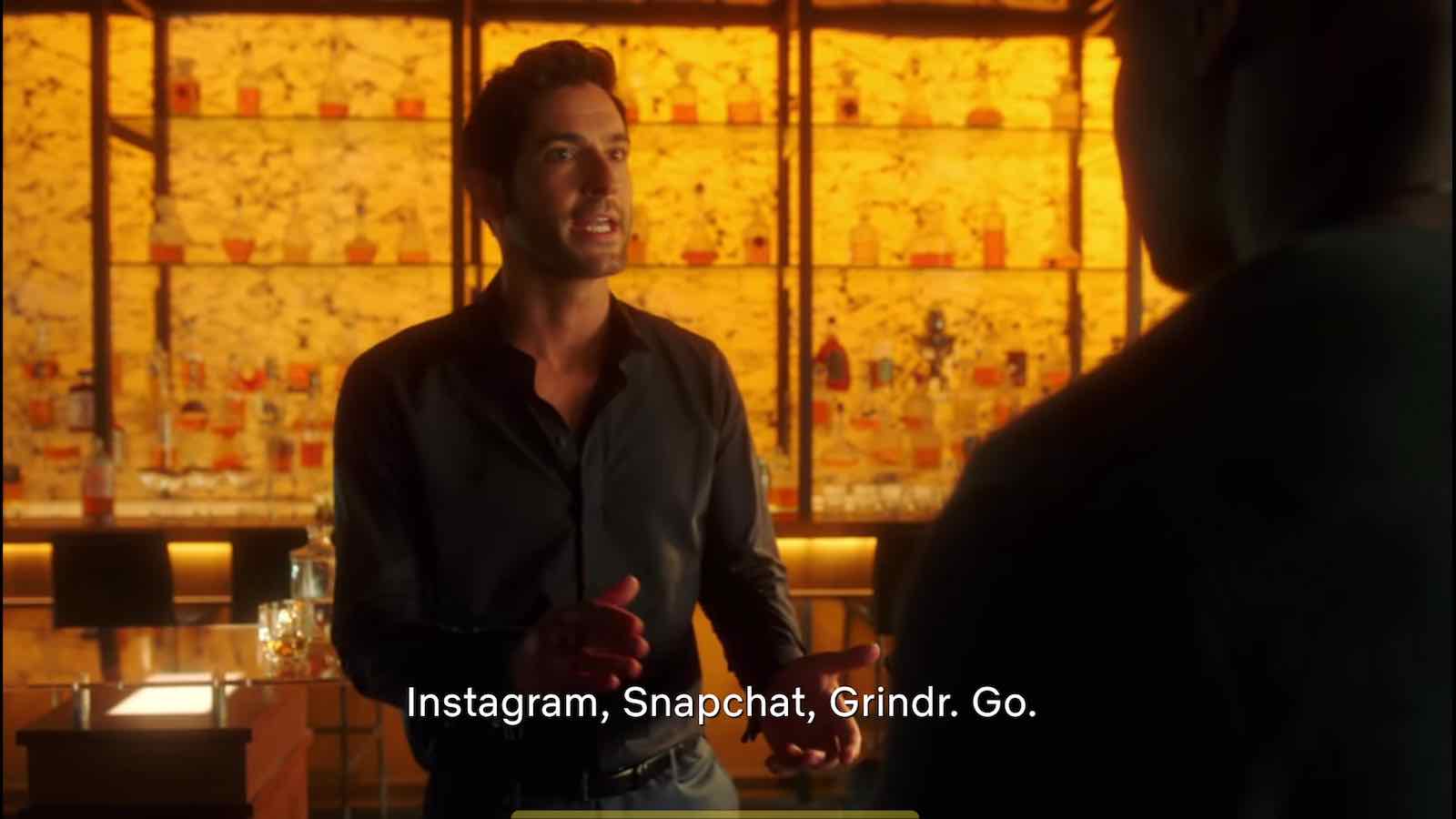 It’s hard to see how season five can get any weirder – even considering Lucifer is based on the Neil Gaiman comic series – but we’re sure showrunner Joe Henderson has something surprising up his sleeve.

There are a lot of expectations from fans: the fourth season of Lucifer broke Netflix records to become the most bingewatched show on Netflix for a full month after its release.

Now the end is near. What we can expect in the fifth season of Lucifer? We’ve done our best detective work to find out the mysteries surrounding the new season – and we’ve got just the answers you’re praying for. 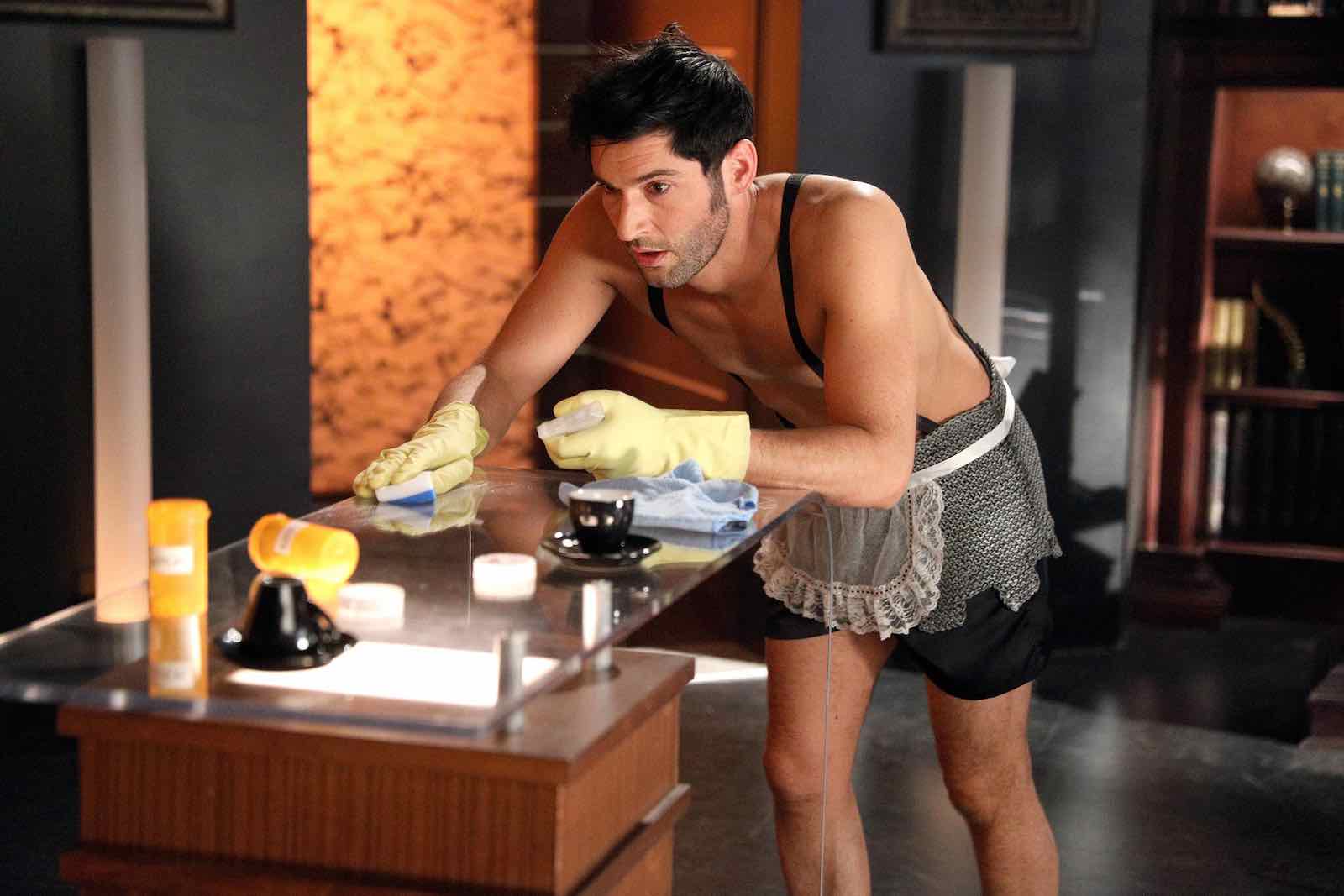 Why is Lucifer ending?

After Lucifer was announced for a final season, fans turned to previous comments made by the producers to the effect that they were aiming for six seasons. Once again the Lucifam came out in support of getting a season six for our beloved Lucifer – but Ildy Modrovich took to Twitter to explain the early ending.

Modrovich said the announcement was made to give fans enough time to cope with the news and accept that the show would be ending. The producers spent time discussing the decision with Warner Bros. Television and Netflix to make sure this was the right decision before it happened.

“You should all know TREMENDOUS care and consideration was put into making this decision,” declared Modrovich in an open letter on Twitter. 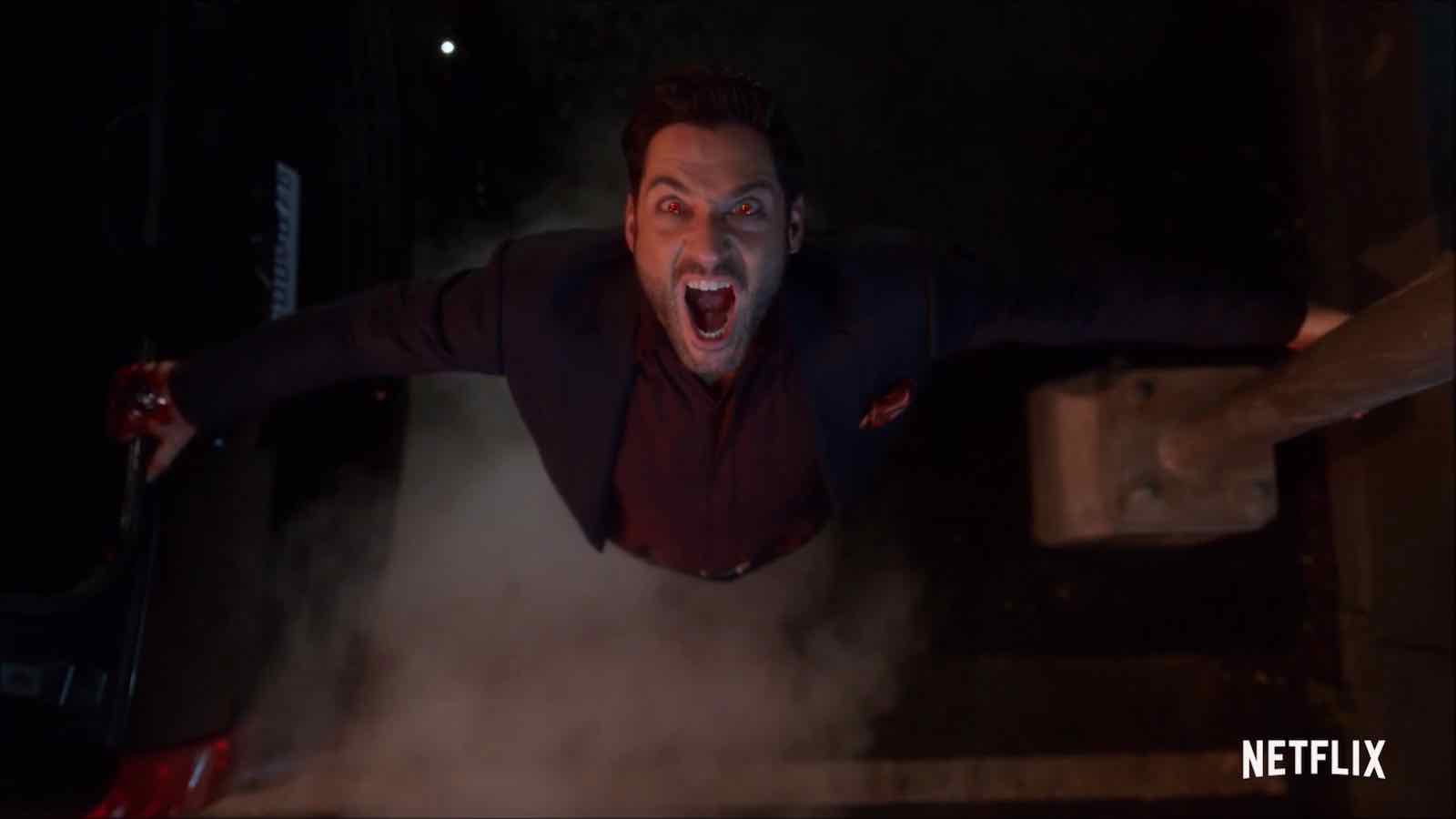 We last left Lucifer with the Lord of the Flies returning to hell to keep the demons in check, but not before having his moment in the sun with Chloe (who finally admitted she loved him – awww!). Linda (Rachael Harris) and Amenadiel (D.B. Woodside) are raising their child on Earth after the demons tried to take him to hell. Eve also leaves on a quest for self-discovery.

Season five may be the first time we get a real look at the hell Lucifer left behind. We’ll also get to see how Amenadiel adapts to fatherhood and a more human lifestyle. One thing’s for sure: those who love Tom Ellis’s singing voice and the dance sequence in “Who’s da New King Of Hell” will love Henderson’s plan for one S5 episode.

We’ve seen Ellis’s triple-threat prowess throughout the show, so getting a full-length musical episode would be wonderful. Showrunner Joe Henderson spoke with Assignment X about his desire for a musical episode of Lucifer, especially after the “I’m Alright” dance number last season. Lesley-Ann Brandt also gave us a peek into Maze’s musical talent, performing a cover of “Wonderwall”.  A musical episode would give us a chance to see everyone else in the show perform. 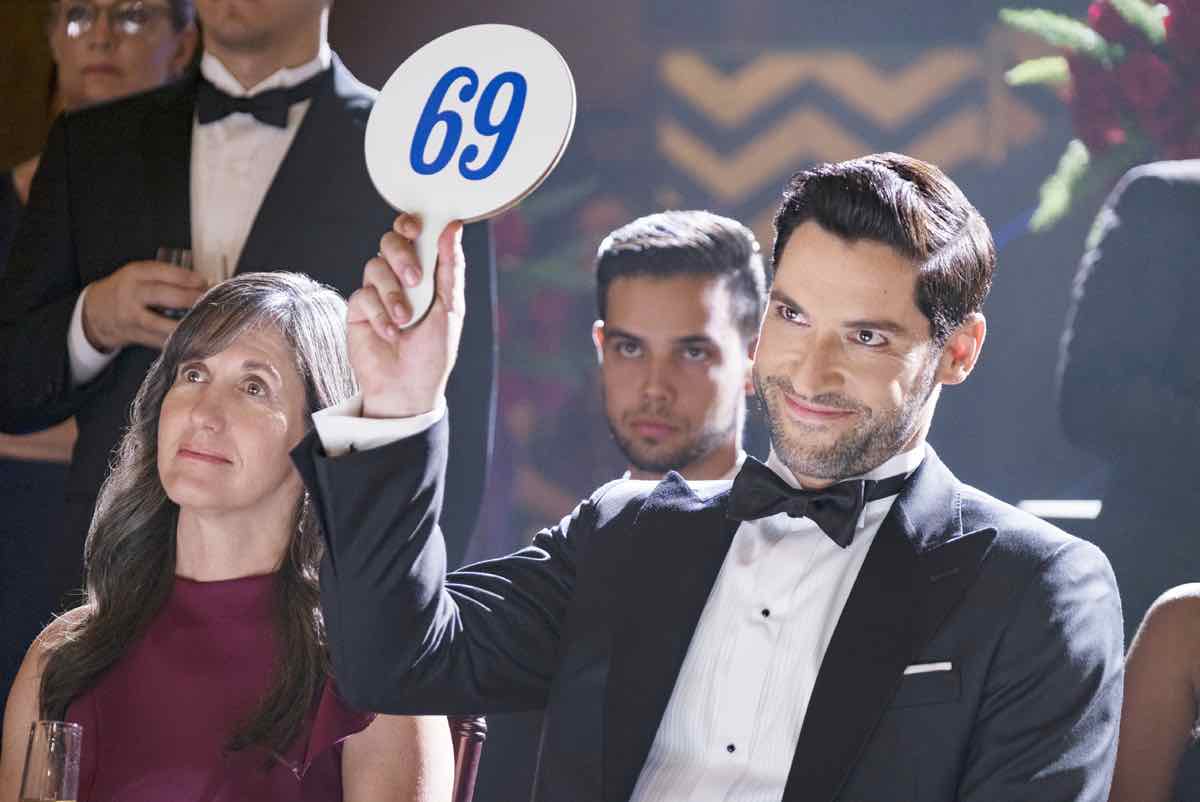 While still grateful to Netflix for saving the show, it was disappointing only to get ten new episodes to drool over. Especially after the third season with 24 episodes, we wanted more of our favorite detective duo on our screens. Thankfully, S5 got a boost for six more episodes, bringing the final season’s total to 16 episodes.

Netflix is also talking about splitting the season into two parts to give us more time to process the loss of our beloved Lucifer. Most Netflix shows stick with a shorter eight- to ten-episode season, so it wouldn’t be too different from the rest of their Originals. Of course, the most bingewatched show on Netflix should really be dropped all at once to help them break more records. Ahem. 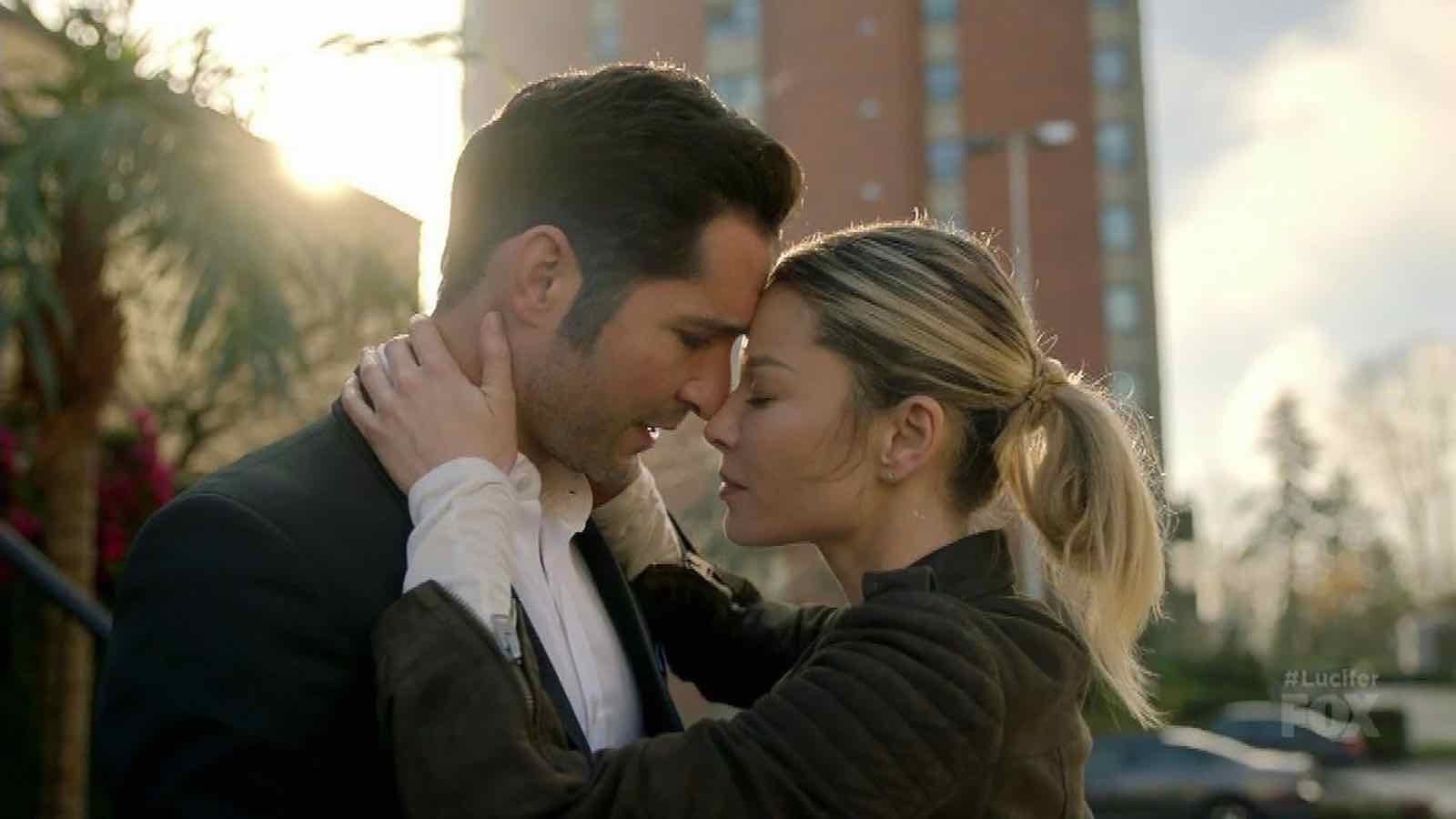 S6 is the final official season, but don’t cry your heart out quite yet. Lucifer may make its way back onto our screens in the form of a spinoff or TV movie. After posting an open letter to Twitter, Ildy Modrovich answered some Lucifans’ questions about the show and its future. When asked if the team would come back for a spinoff or movie, Modrovich responded “Well, of course we would!”

The cast of the show loves Lucifer just as much as the fans do. Fans remember only too well Lauren Graham’s cry for help trying to get the show renewed. If the opportunity comes around, the cast and crew would surely be glad to come back for another round. Until then, we’ll have to wait until 2020 to say goodbye to the Devil himself and all his buds.