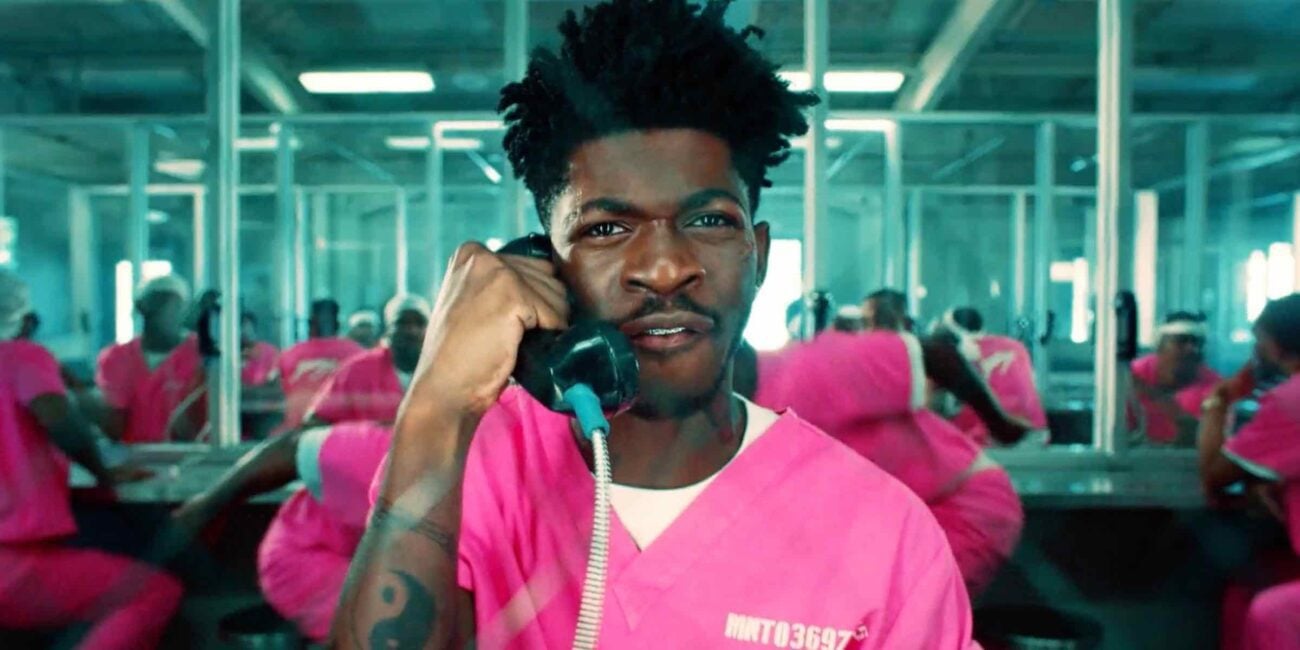 Lil Nas X has proven once again that he is the gay icon. Lil Nas X’s latest music video for his song “Industry Baby” dropped today and the internet is going crazy over it.

The new Lil Nas X song, produced by Kayne West and guest starring rapper Jack Harlow, proves that Lil Nas X is truly a gay icon as he takes over a prison with his amazing dance moves and hot lyrics, ending it with a twist right out of The Shawshank Redemption.

Of course, Twitter is more than happy to see more of Lil Nas X flaunting his authentic self, proving he is the gay icon of the century. We busted through the threads to find the best reactions to Lil Nas X’s newest music video. Hit the showers as we dive into the reactions to “Industry Baby”.

The shirt tuck is required, we don’t make the rules.

Lil Nas X uses his prison themed “Industry Baby” video as a fundraiser for the Bail Project which is a nonprofit that combatting mass incarceration. pic.twitter.com/krdczzr2Tf

We stan a charitable star.

Me theorizing that Lil Nas X wanted to get sued by Nike so that he could execute the perfect marketing campaign and have Kanye, a known a Nike hater, co-produce Industry Baby pic.twitter.com/4xCD9yYBrA

An interesting comparison, but we see it.

Yaasss @LilNasX having a WAP moment in the #IndustryBaby music video! We love to see it! pic.twitter.com/xyWE1cY1cV

Are you ready kids?!

Again, odd comparison, but it works.

Lil Nas X stepping out of the studio after eating us up on INDUSTRY BABY pic.twitter.com/g3WTUcpQIy

The man does know how to strut!

Me watching Lil Nas x video. 😳Then I moved on because it doesn't affect my life if he's dancing but naked in a video. #LilNasX #IndustryBaby pic.twitter.com/KYFFeifBz6

SAY IT LOUDER FOR THE PEOPLE IN THE BACK!

The Industry Baby video has made my morning!!! I love that @LilNasX is getting more comfortable and confident in his artistry!!! Seeing Black queer men so free and expressive in mainstream media is what I need more of!!! pic.twitter.com/ol8grTizDx

We love to see such positivity!

What did you think of Lil Nas X’s (who is, again, the gay icon) newest music video? Drop them below in the comments before lights out!