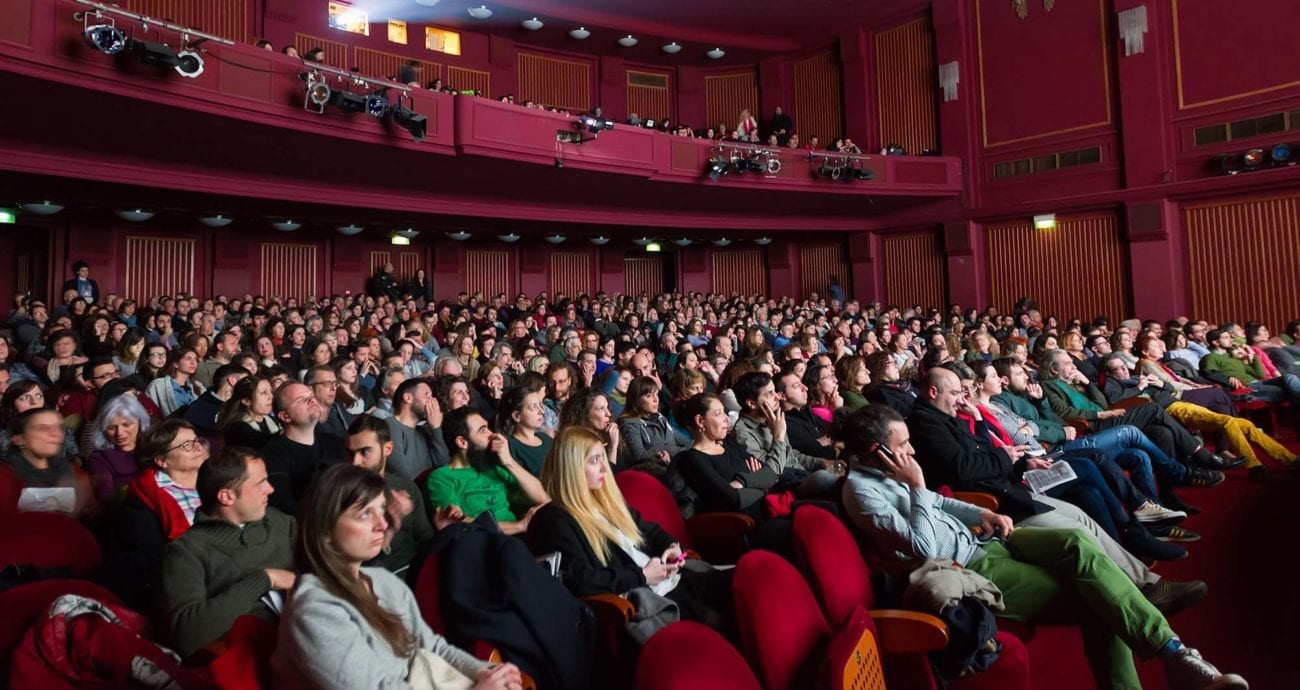 The past year could easily be described as a landmark one for LGBTQI cinema, with the release of films such as A Fantastic Woman, Call Me by Your Name, God’s Own Country, Princess Cyd, and They, to name a few.

In celebration of these incredible flicks – and the fact we’re well and truly into festival season – we’ve decided to turn our spotlight onto the best LGBTQI indie film festivals out there. If you’re a big fan of queer-themed cinema, then get these in the datebook.

Out On Film, Atlanta’s LGBTQI film festival, will be holding its 31st annual event in 2018. Each year, the fest runs for 11 days and showcases 125 films, including narratives, documentaries, and short films, while offering awards for Best Overall Feature, Best Documentary, Best Men’s Film, Best Women’s Film, and Best Trans-Themed Feature.

Speaking to Film Daily, director Jim Farmer said: “It is vital to give voices to LGBTQI filmmaking artists so that they can tell (and continue to tell) their stories about the LGBTQI experience. Festivals provide a forum to showcase these filmmakers and their work to appreciative audiences that are hungry for programming that speaks directly to them.”

2018 marks the 11th anniversary of QFest St. Louis, the festival that presents picks in international, documentary, and American independent queer cinema. According to artistic director Chris Clark, “believing that we discover something about ourselves when we learn about others’ cultures and perspectives, QFest St. Louis offers programs that provide glimpses of the human experience from around the world and thoughtfully address issues of race, ethnicity, and sexual identity.

“I strive to find films that have empowering, uplifting messages of self-worth to all members of our extended community, and those that feature queer people who are more than comfortable in their own skins.”

TeaDance showcases feature, documentary, and short films from all over the world that are made by, about, or of interest to the lesbian, gay, bi, trans, and questioning community. Taking place in September, in the run up to the South Carolina Pride event, the fest screens LGBTQI cinema from around the world, as well as offering filmmaker and audience Q&A sessions.

OutReels is a volunteer-run organization that seeks to educate, and entertain the community through the exhibition and discussion of LGBTQI-themed films. OutReels Cincinnati is a three day event, held each November, showcasing more than 20 short and feature films. Director David Wolff noted how “through talk backs, parties, exhibits, and films, we seek to celebrate diversity while offering an opportunity for meaningful dialogue.”

Running since 1982, Outfest Los Angeles LGBT Film Festival involves 11 days of films, panels, and parties that celebrate the queer experience, where more than 150 feature and short films are screened over six venues. To apply, filmmakers must submit movies & videos of interest to the queer community in any of the following categories: narrative, documentary, experimental, and animated films.

Reel Affirmations Film Festival showcases LGBTQI-themed features and shorts, documentaries, and non-binary features. Since its first event, the organization has grown to include a companion Pride Film Festival, special screenings throughout the year with a variety of community partnerships, and a grant program to support LGBTQI filmmakers.

NewFest, New York’s LGBT Film and Media Arts Organization, is “dedicated to bringing together filmmakers and audiences to build a community that supports LGBTQI cinema and storytelling.” Since 1988, NewFest has presented year-round screenings and events that include NewFest’s annual festival, which is held every October. Submissions are accepted for narrative, documentary, experimental, and animated films.

Founded back in 1987, aGLIFF will this year celebrate 31 years of programming for the Austin community. Program director Jim Brunzell said, “ aGLIFF (the All Genders, Lifestyles, and Identities Film Festival) has grown tremendously in size and scope from a short four-day run of four films primarily focused on coming out and AIDS, to a multifaceted nonprofit organization with year-round community programs. These culminate in our annual film festival program, with over 100 films depicting a myriad of issues across cultures, race, immigration status, class, gender identity and expression, age, and religion.”

Speaking to Film Daily, Frameline communications manager Brian Ray described how the festival started out 41 years ago with LGBTQI artists projecting their stories onto a sheet at a community center in San Francisco. “Since then, Frameline has grown into one of the world’s largest and longest-running exhibitions of queer media. Looking to Frameline number 42, we forge ahead as a platform for LGBTQI creators to tell their unique stories.”

Out Film CT is a nonprofit cultural organization dedicated to presenting LGBTQI cinema throughout the year, culminating in the nine-day Connecticut LGBT Film Festival. According to director Shane Engstrom, “the festival is the state’s longest running film festival. Originally founded as part of a broader initiative to promote LGBTQI theater, literature, art, and film, the first event took place in 1988, and continues today to bring films that would never otherwise make it to the big screen.